Well, folks, we’re going to run out of photos by the weekend, so if you want this feature to continue, and have some good photos, send ’em in.

Today’s batch includes some lovely arthropod photos by regular Tony Eales from Queensland. His notes and IDs are indented, and you can enlarge the pictures by clicking on them.

I have been trying to get good at taking intimate portraits of insects and spiders where they are looking right down the barrel of the camera, with varying success. Here’s a few of my more favourite ones.

The best I’ve achieved, in my opinion, so far is this portrait of Myrmecia brevinoda, the Giant Bull Ant. At 35mm and armed with large jaws and an impressive sting, these are terrifying looking ants but actually they are very calm. They are entirely nocturnal and construct fairly large mound nests with multiple entrances in wet forests. I was able to sit right beside their nest and observe the colony doing maintenance without even a threat display let alone a sting. 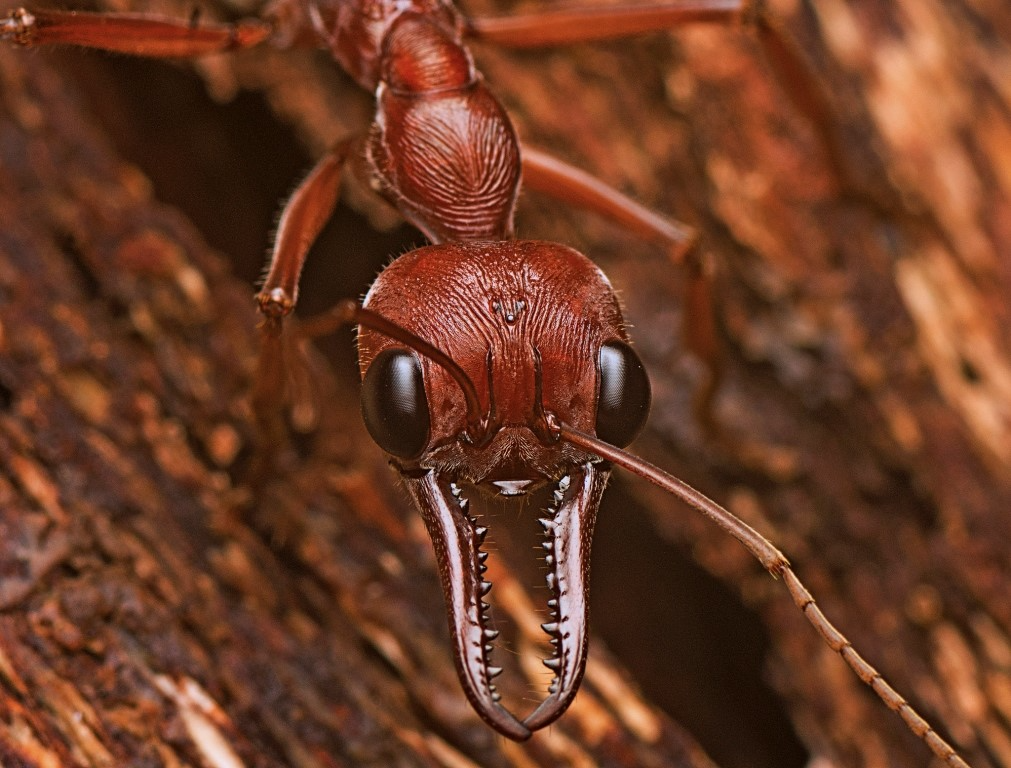 Another large rainforest ant is Notostigma foreli. Workers are around 15mm long and quite robust. They are in the subfamily Formicinae, and as such do not have a stinger. These ants defend themselves with sprays of formic acid, but generally in interactions with large creature like ourselves they tend to just run. Like the Giant Bull Ant, they are nocturnal. 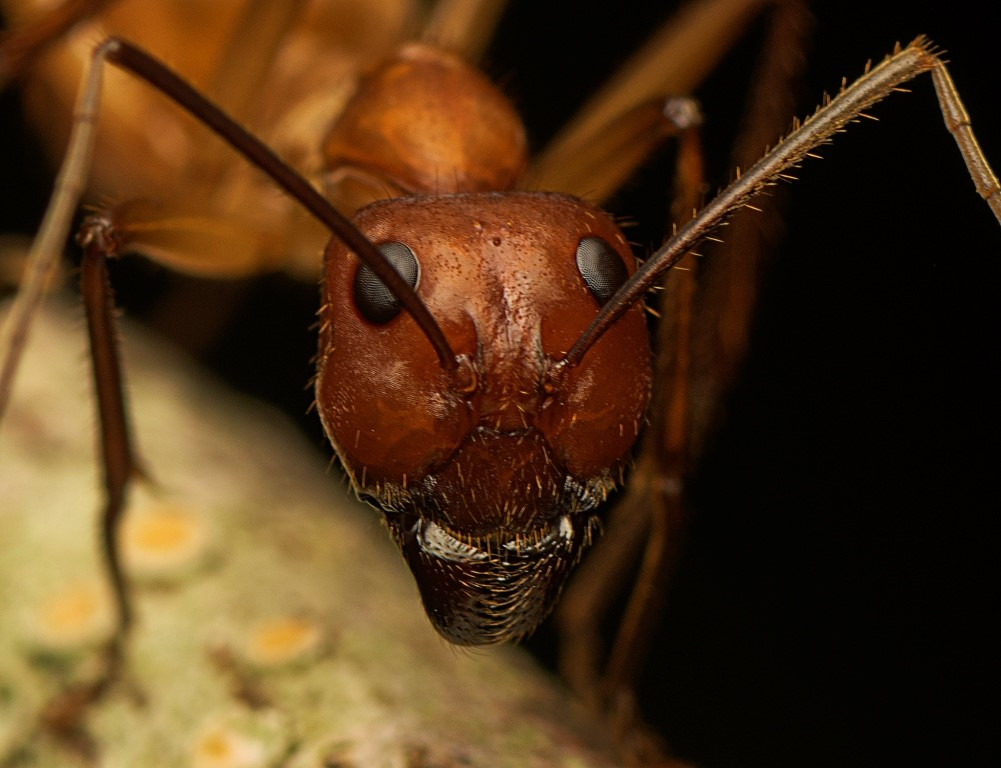 Other good subjects for front on shots are Jumping Bristletails. This one is a member of the Rock Bristletail family Meinertellidae. 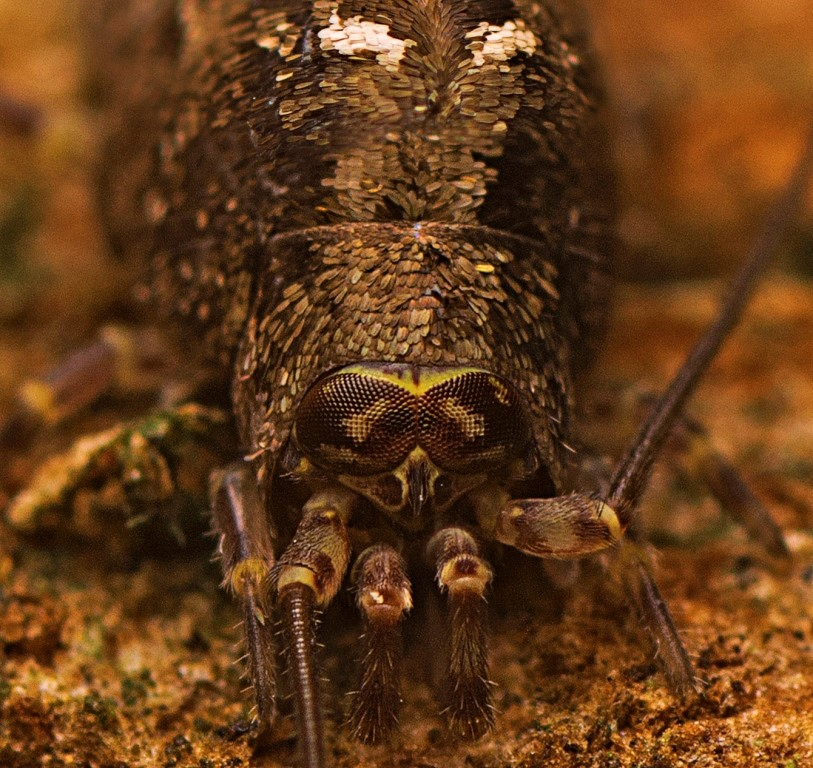 Not only do you want a subject that will keep still, but for a really nice close-up it’s good if they have a fairly flat face. This reduces the need for photo-stacking which can be a bit of a pain and hard to do with live subjects that might move between shots.
An obvious candidate is the so-called Flat-faced Longicorns sub-family Lamiinae. This one is Rhytiphora albocincta, a fairly common species that feeds on acacia. 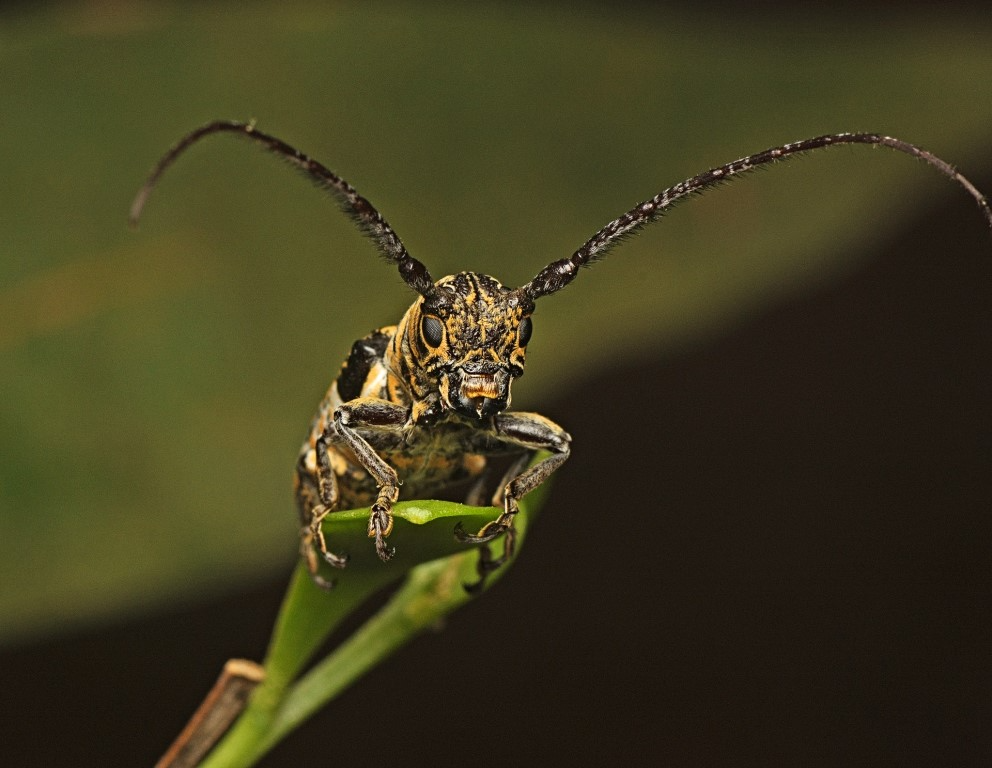 Another one I love to get in face-on shots is a small treehopper with a large head adornment Eutryonia monstrifera. 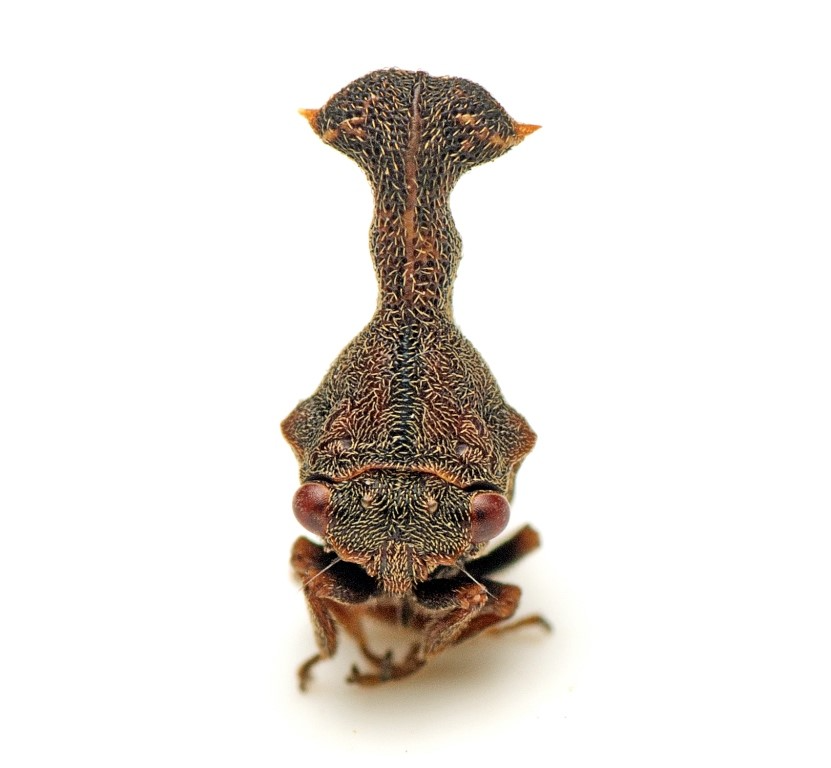 Raspy crickets also photograph well head on. In fact some will face off against threats and display with their wings, like this Nunkeria sp. 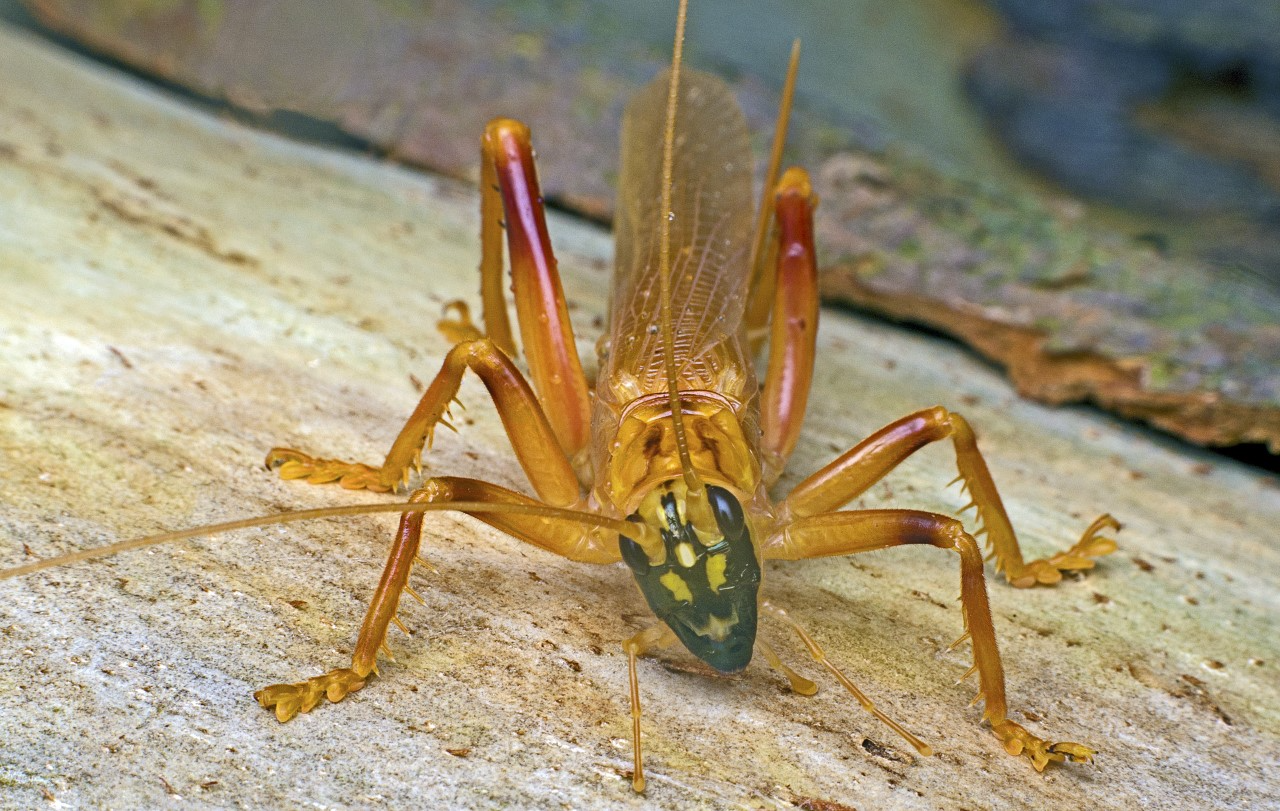 One of the more difficult ones for me are harvestmen, but I do love their little eyes up top. No idea of the ID for this one. 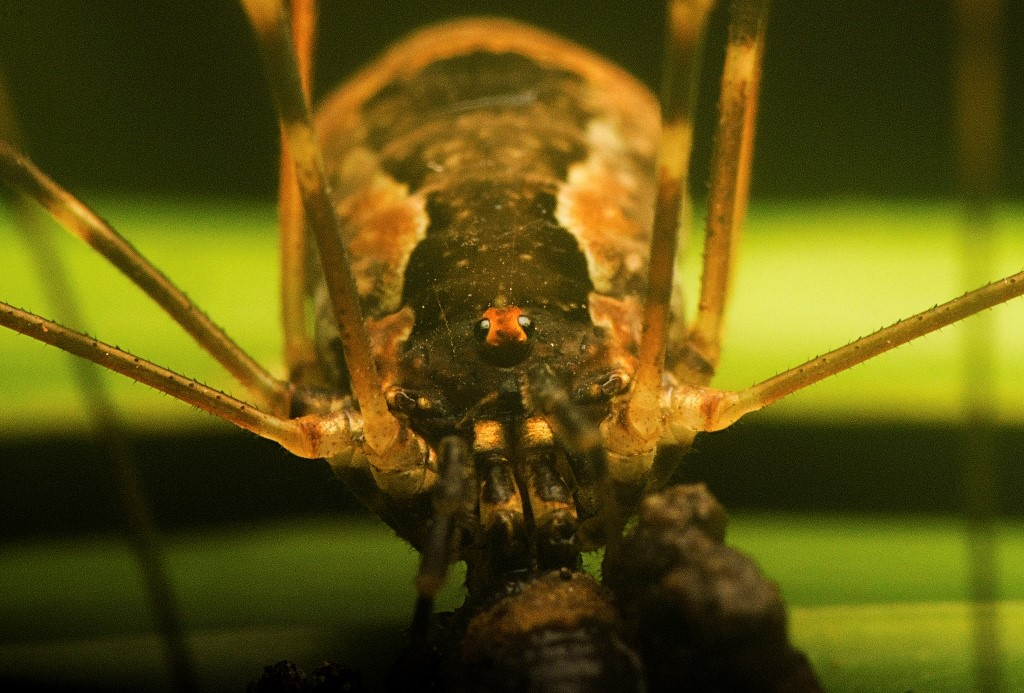 But the best all round subjects for front on portraits are spiders. No wavy antenna, no protruding mouthparts and sit as still as a rock.
Venator spenceri: 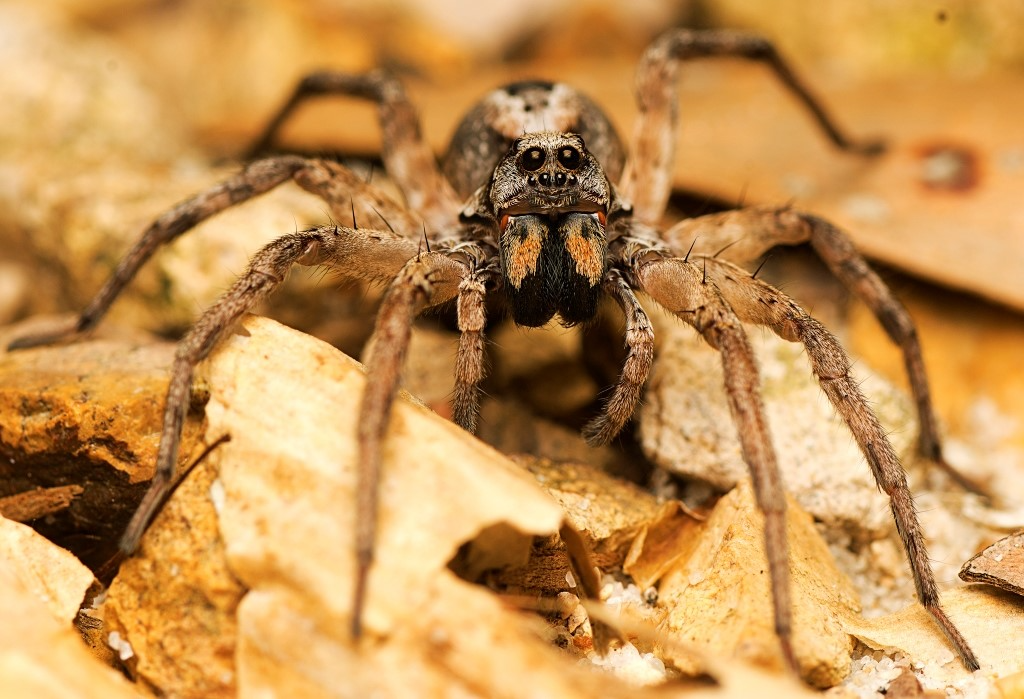 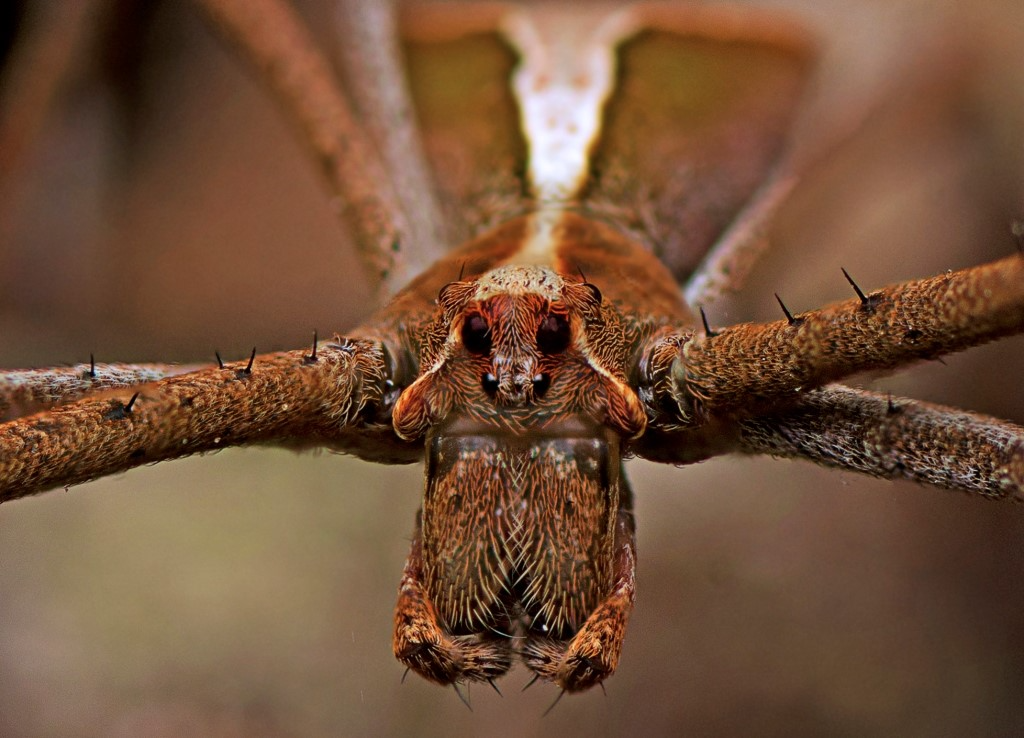 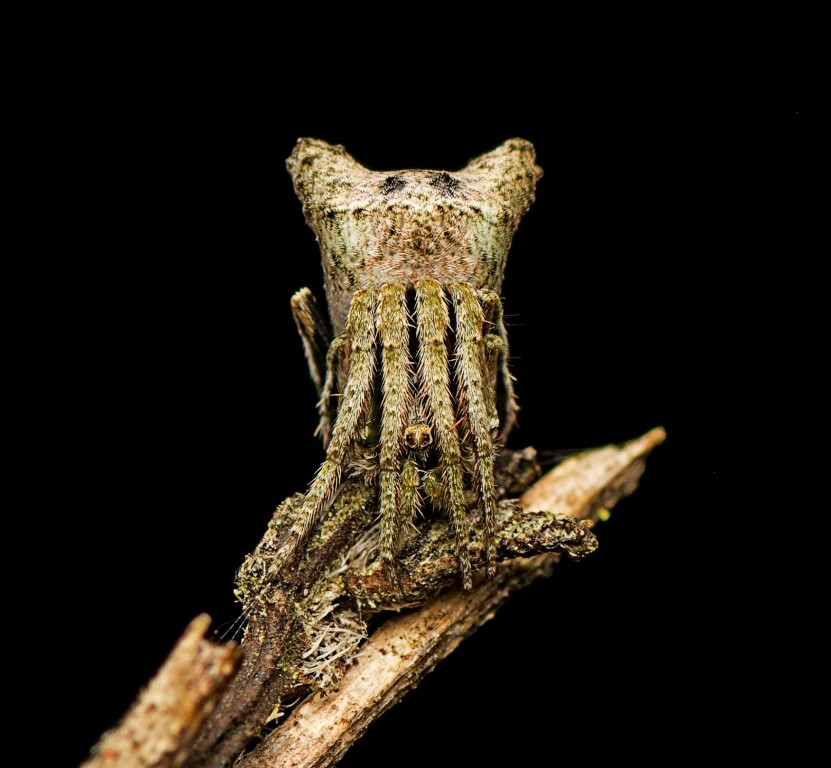 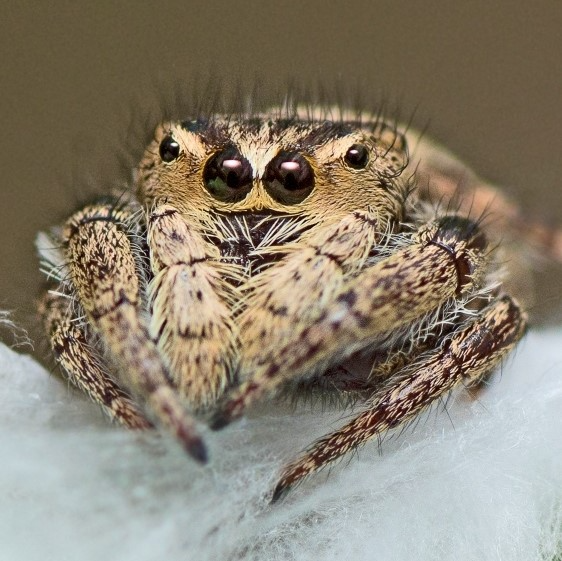