It’s not only the first of June 2022, but also Hump Day (Wednesday), known as (read right to left, as required):

Stuff that happened on June 1 include: 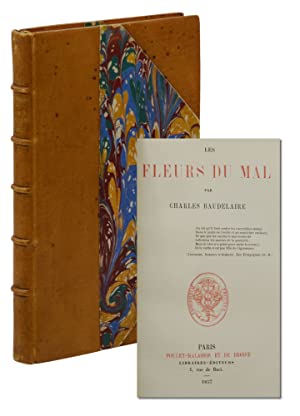 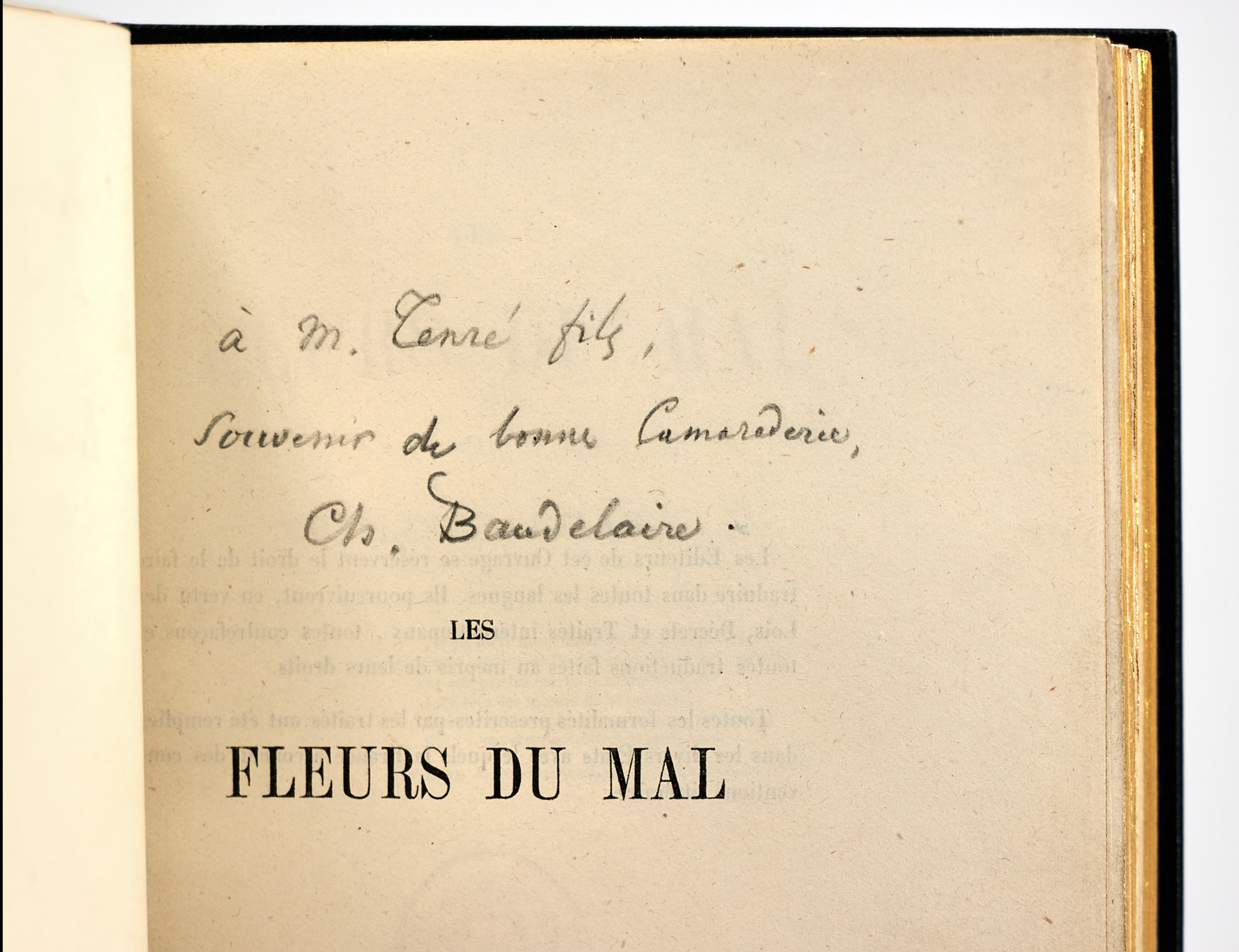 Brandeis is below, a handsome man. I won’t be alive when there’s an open atheist appointed to the Supreme Court. (Or has one already been? I’m not sure.) 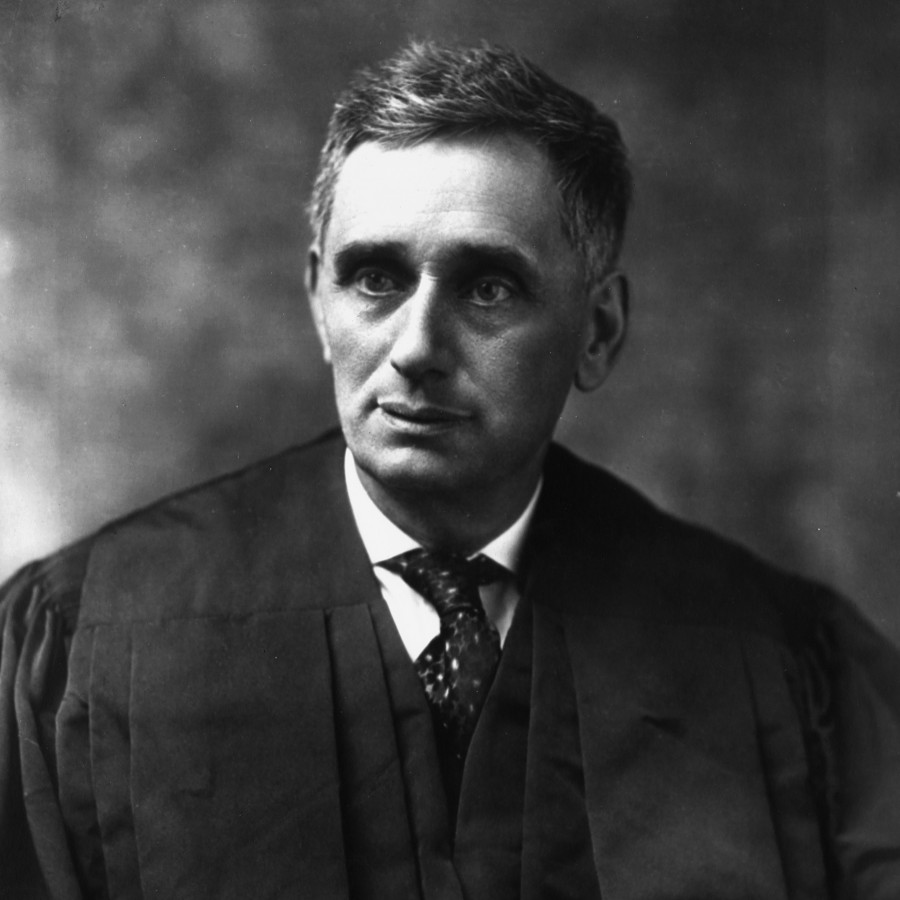 A news report on the trial. Eichmann was cremated, and his ashes scattered at sea (outside the territorial waters of Israel) so there would be no memorial to the man.

Be aware that there’s an alternative maneuver, the “Five and Five” that is recommended by the Red Cross over the Heimlich maneuver (you can use both, though, in alternation). Here’s a diagram, and see the Mayo Clinic guide for how to identify and then help a choking person: 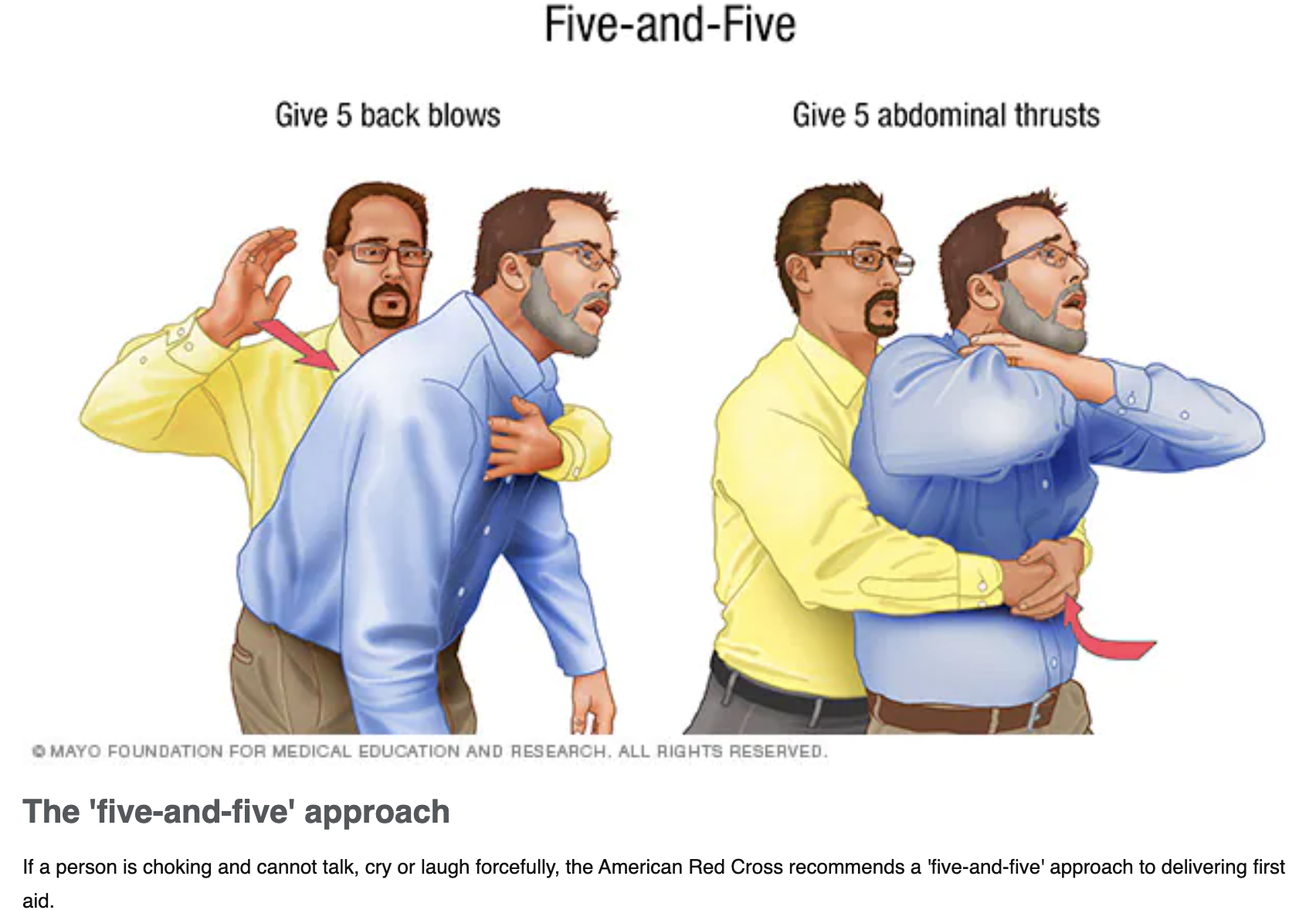 Nichols is serving his sentence in the federal prison ADX Florence (Colorado), a hellhole of a place where the most dangerous federal prisoners are kept. Many are locked in their cells 23 hours a day, don’t associate with other inmates, and get one hour out per day for exercise.  The cell. 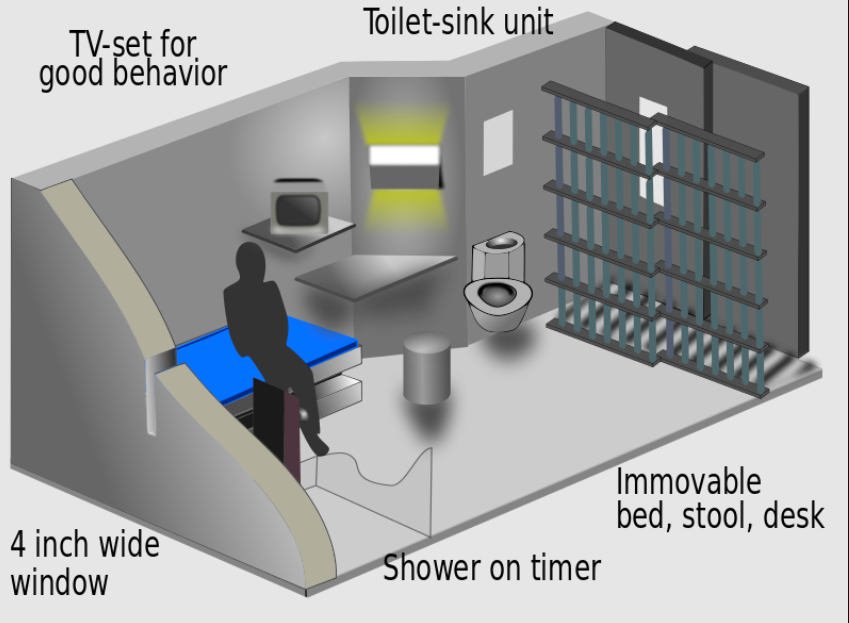 *The EU has considerably reduced oil imports from Russia, ostensibly by 90% but really by only about 2/3. The reason is that the reduction refers only to oil delivered by ship, not by pipeline. But Russia can sell its surplus oil to plenty of other countries, even if they have to offer a discount. The upshot: a sanction that will squeeze Russia a bit but not all that hard.

*The NBC Evening News last night said that Biden has tasked his aides and White House officials to craft a message that will boost the approval ratings, but don’t know what they’re supposed to say. That seems a bit pathetic, and is confirmed by an article on NBC article called “Inside a Biden White House adrift.”

Faced with a worsening political predicament, President Joe Biden is pressing aides for a more compelling message and a sharper strategy while bristling at how they’ve tried to stifle the plain-speaking persona that has long been one of his most potent assets.

Biden is rattled by his sinking approval ratings and is looking to regain voters’ confidence that he can provide the sure-handed leadership he promised during the campaign,people close to the president say.

Crises have piled up in ways that have at times made the Biden White House look flat-footed: record inflation, high gas prices, a rise in Covid case numbers — and now a Texas school massacre that is one more horrific reminder that he has been unable to get Congress to pass legislation to curb gun violence. Democratic leaders are at a loss about how he can revive his prospects by November, when midterm elections may cost his party control of Congress.

*In fact, Biden wrote his own editorial (well, someone wrote it under his name), publishing it in the Wall Street Journal, of all places: “Joe Biden: My plan for fighting inflation.” Excerpts from his tripartite plan:

My plan has three parts:

First, the Federal Reserve has a primary responsibility to control inflation. My predecessor demeaned the Fed, and past presidents have sought to influence its decisions inappropriately during periods of elevated inflation. I won’t do this. I have appointed highly qualified people from both parties to lead that institution. I agree with their assessment that fighting inflation is our top economic challenge right now.

Second, we need to take every practical step to make things more affordable for families during this moment of economic uncertainty—and to boost the productive capacity of our economy over time. The price at the pump is elevated in large part because Russian oil, gas and refining capacity are off the market. We can’t let up on our global effort to punish Mr. Putin for what he’s done, and we must mitigate these effects for American consumers. . .

. .. . Third, we need to keep reducing the federal deficit, which will help ease price pressures.

He paints a pretty rosy and hopeful picture, but that’s what all Presidents do when the economy is in dire straits.

*This barely even qualifies as news any more. For what it’s worth, it’s from the West Cook News, the organ of West Cook Illinois. The opening of the article, “OPRF to implement race-based grading system in 2022-2023 school year.” [
“OPRF = Oak Park and River Forest ] Here’s what they’re going to do:

Oak Park and River Forest High School administrators will require teachers next school year to adjust their classroom grading scales to account for the skin color or ethnicity of its students.

School board members discussed the plan called “Transformative Education Professional Development & Grading” at a meeting on May 26, presented by Assistant Superintendent for Student Learning Laurie Fiorenza.

In an effort to equalize test scores among racial groups, OPRF will order its teachers to exclude from their grading assessments variables it says disproportionally hurt the grades of black students. They can no longer be docked for missing class, misbehaving in school or failing to turn in their assignments, according to the plan.

“Traditional grading practices perpetuate inequities and intensify the opportunity gap,” reads a slide in the PowerPoint deck outlining its rationale and goals.

It calls for what OPRF leaders describe as “competency-based grading, eliminating zeros from the grade book…encouraging and rewarding growth over time.”

Teachers are being instructed how to measure student  “growth” while keeping the school leaders’ political ideology in mind.

If there is no equity now, it must be imposed by redefining “merit” so that all groups get the same average grade.

But: there’s GOOD news tonight. Reader Sue calls my attention to two accounts of Quack Responders rescuing ducklings that have fallen into a storm drain (believe me, it’s a big issue for urban mallards!). One rescue was in San Francisco, and the hapless babies were restored to Mom:

When @SFPDSouthern officers spotted a mother duck frantically quacking at a storm drain they were determined to quack the case!

Upon closer inspection, several baby ducklings had fallen through a metal grate and were trapped. They wasted no time in rescuing them! 👏 pic.twitter.com/F25GEyuv1M

The other rescue was in Dublin, California, where cops used a drone to locate the babies. The tweet is below; its not clear if they’ll be put with Mom, but if they aren’t, theyll have to go to a good rehab facility:

ACSO and @DublinCAPolice rescued ducklings deep in a storm drain. We weren’t exactly sure how far in they were so we flew our mini drone into the drain and located them. Our first drone/duckling rescue! They have been safely recovered and will be released to a safe location.🦆 ❤️ pic.twitter.com/JlNWXE9kbV

Who says that all cops are bastards!  NOT TRUE!

Meanwhile in Dobrzyn, it’s time for the Great Awakening:

Szaron: Are you sure that he is asleep?
Hili: I think so.
Szaron: So we can start walking on him. 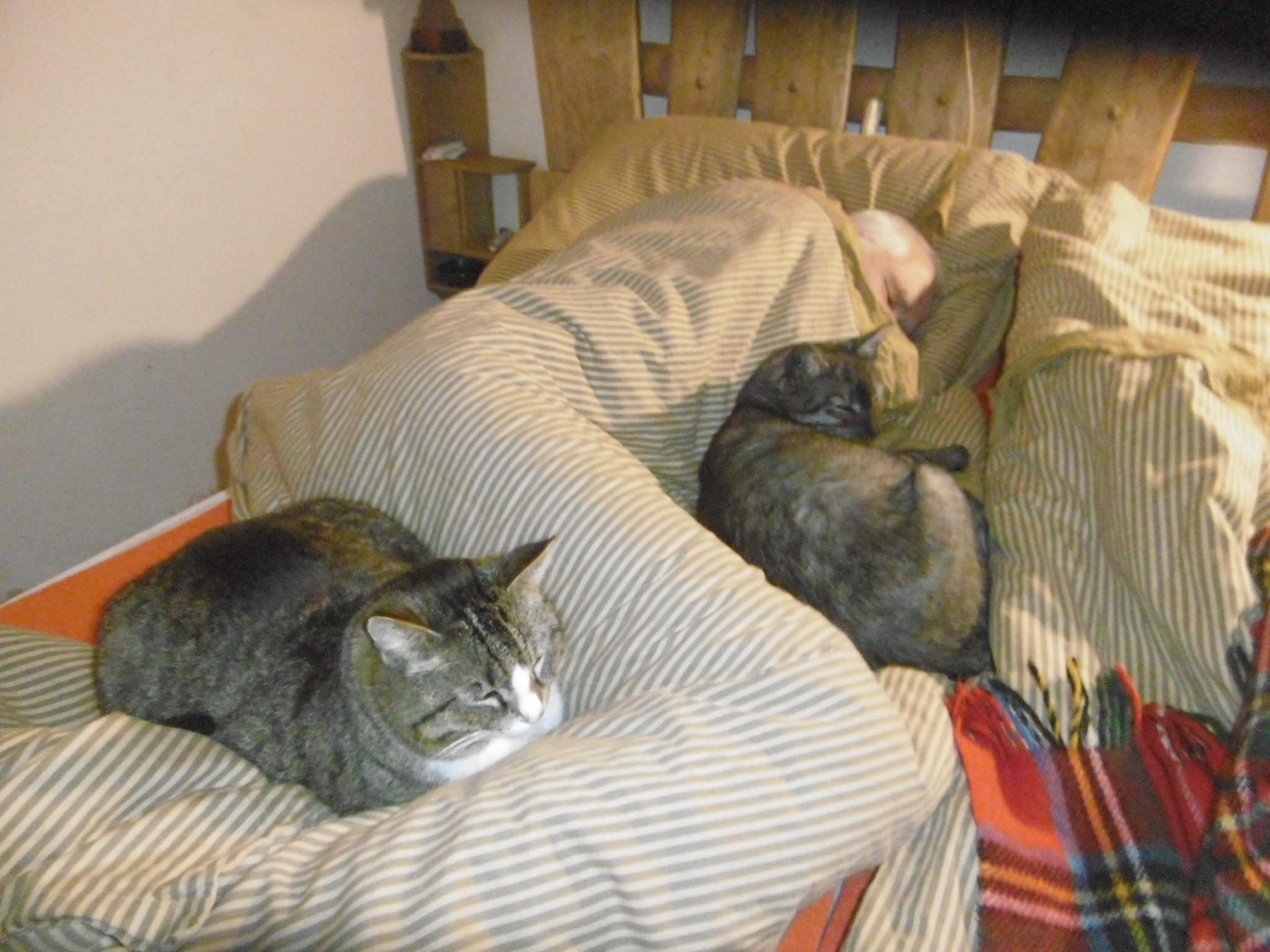 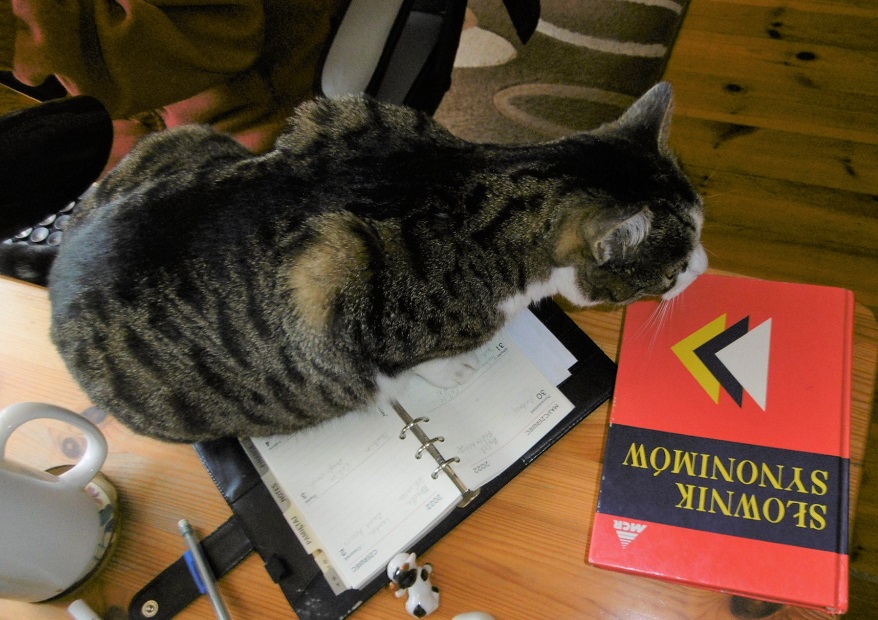 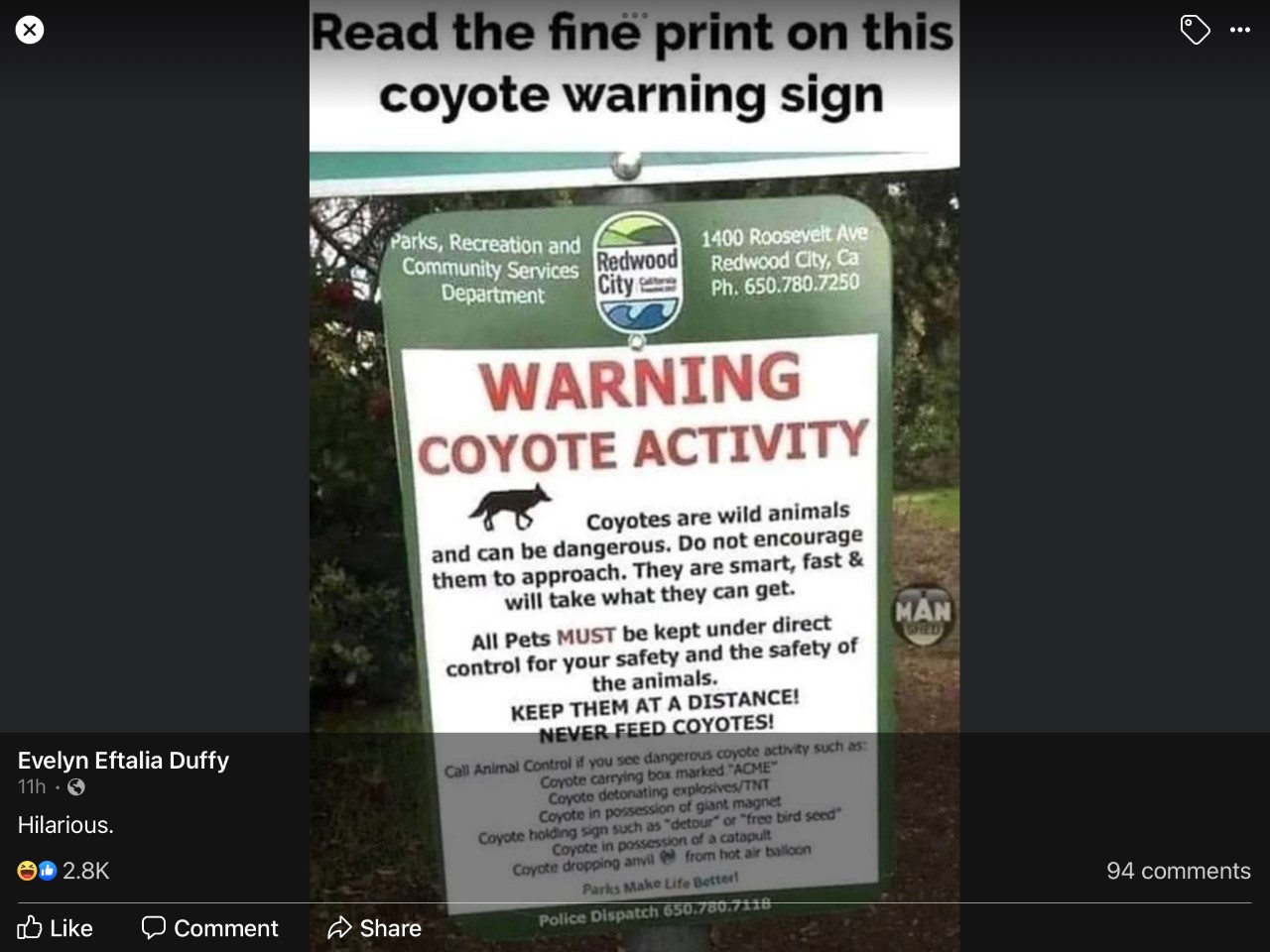 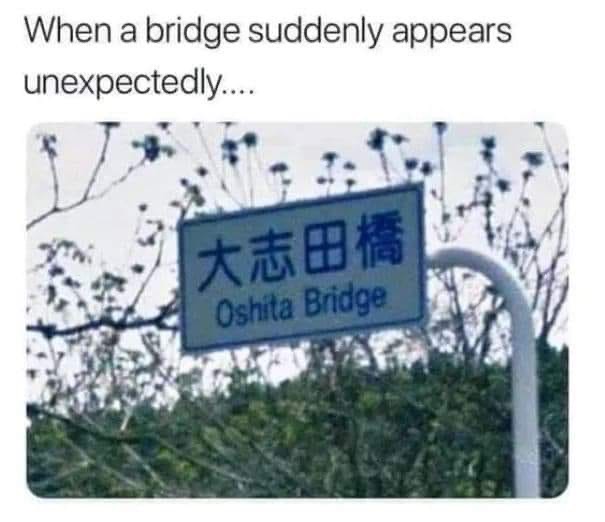 From Dom: copulating spiders. Well, to each species their own. . .

From Simon, an example of an unprovoked anti-Semitic attack (they happen in NYC far more often than you hear about them). But a truck driver comes to the rescue! Sound up.

This guy was not gonna let this antisemite attack yet another Jew in Nyc. HERO!

From Barry: time-lapses of plants. . . and a new word for you.

What your plants do when you are not looking

Actually this is a 2 day time lapse the movements are non-directional responses to stimuli (e.g. temperature, humidity, light irradiance)

From Ginger K.: a rock-climbing panther and a befuddled lion:

1 June 1902 | A Pole, Władysław Bobek, was born. A historian and Slavicist, completed his PhD at Jagiellonian University.

Tweets from Matthew Cobb. Both of us love weasels, ermines, and stoats; perhaps it’s something about the elongated bodies. But their faces are cute, too.

Here's Hazel the wild stoat bringing her babies out to play 😍🐾
This is the first time we've seen the kits out and I count four here – but I'm certain there are more 🐾🐾See if you can spot them on the livecams 👇https://t.co/OLjuhXP0bt pic.twitter.com/WcUuUvU6JM

Shouldn’t somebody try to stop that thing?

It still baffles me why medieval artists screwed up so badly when they tried to draw cats:

This is an excellent tweet from Bette Midler. And of course there’s no rational answer: