Twinkle twinkle little star, what you say is what you are.

Now what does this mean, and what is “darvo”? Wikipedia defines the latter as

DARVO is an acronym for “deny, attack, and reverse victim and offender”. Some researchers and advocates have characterized it as a common manipulation strategy of psychological abusers. The abuser denies the abuse ever took place, attacks the victim for attempting to hold the abuser accountable, and claims that they, the abuser, are actually the victim in the situation, thus reversing the reality of the victim and offender. This usually involves not just “playing the victim” but also victim blaming.

But that’s repeated in the strip, with the meaning tweaked a bit to cover religion: 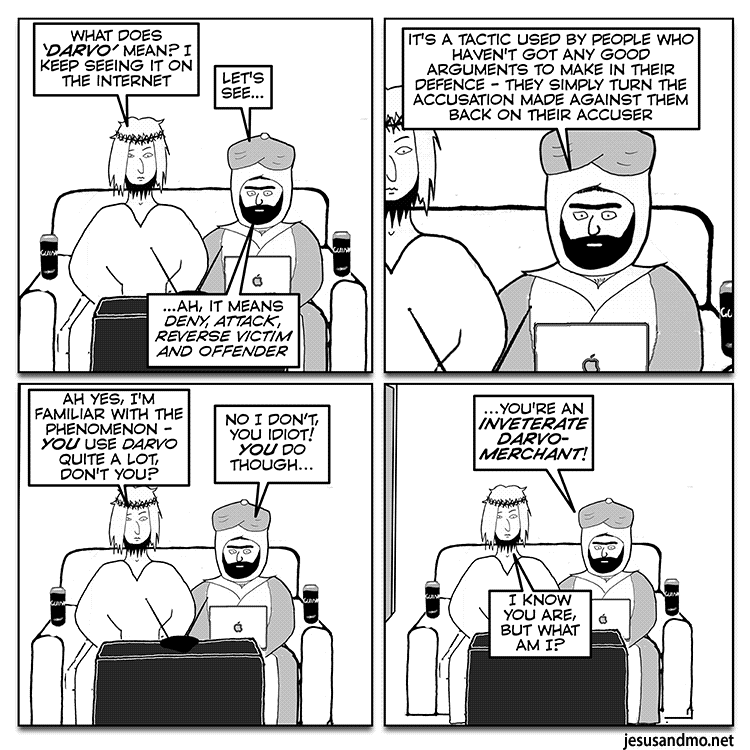