Shouldn’t you be out having fun on the Memorial Day weekend instead of reading this? Well, if you are reading, it’s Cat Sabbath: May 28, 2022: National Brisket Day. And of course the only way to cook brisket is Texas BBQ style: smoked with minimal trimmings. Here’s a brisket lunch (with sausage) from Louis Mueller’s BBQ in Taylor, Texas: the best brisket I had during my BBQ tour last year. Want some? 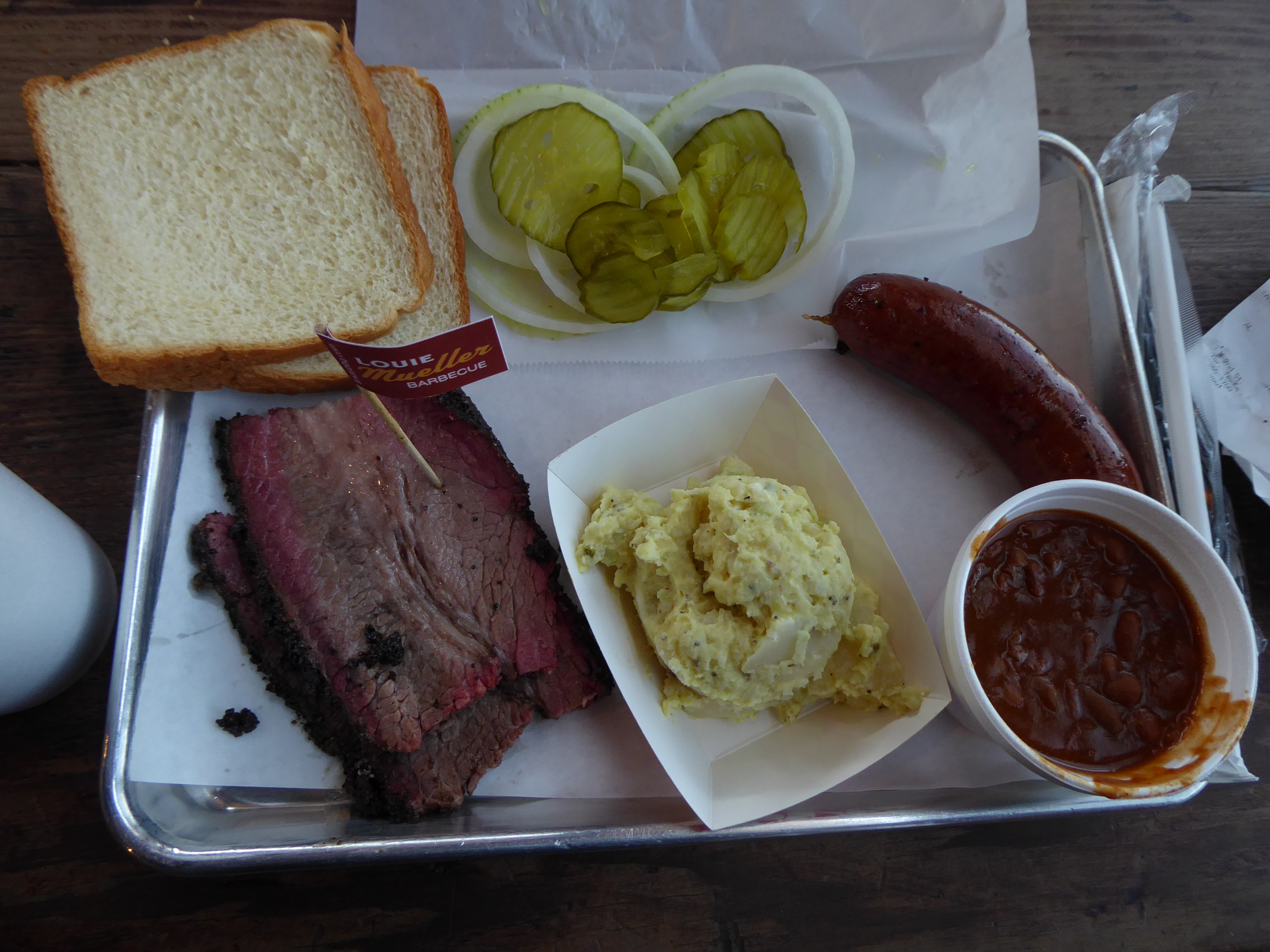 A good brisket has some fat on it. as well as the diagnostic “red ring” around the edge from the smoking: 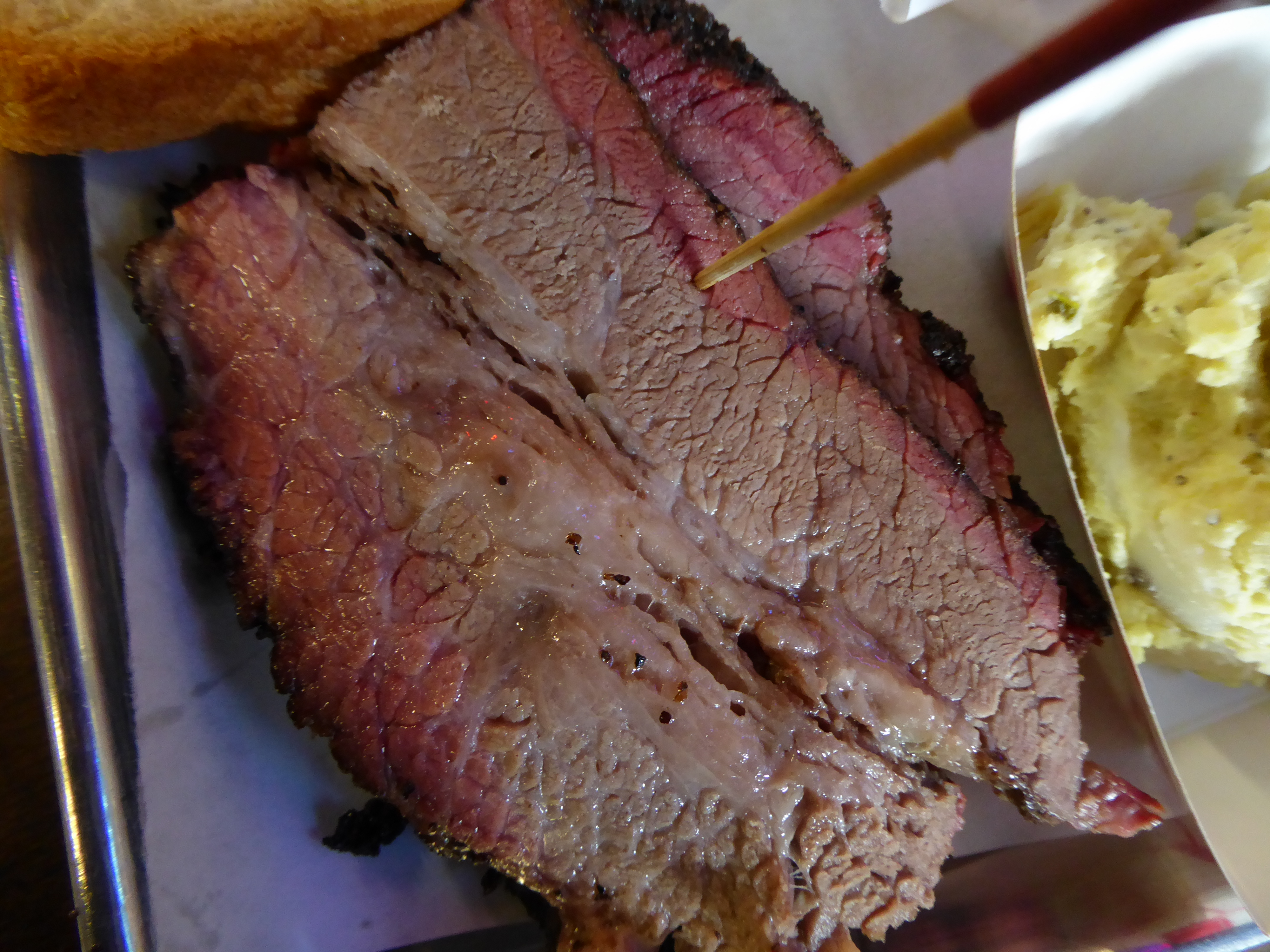 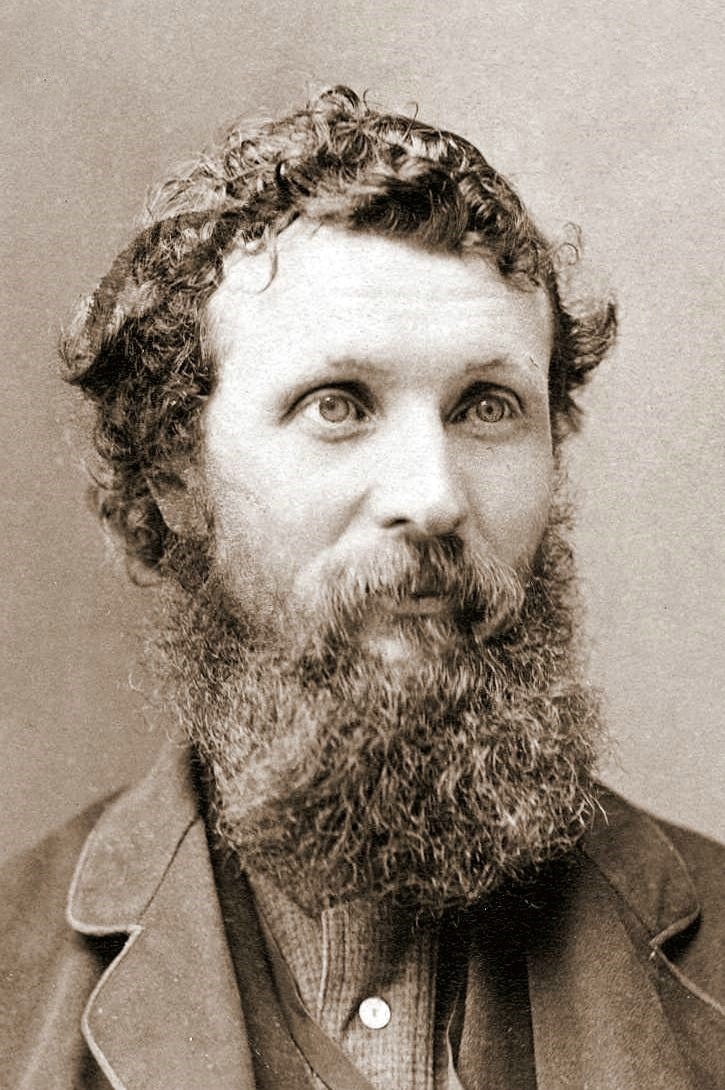 The beginning of the famous paper: 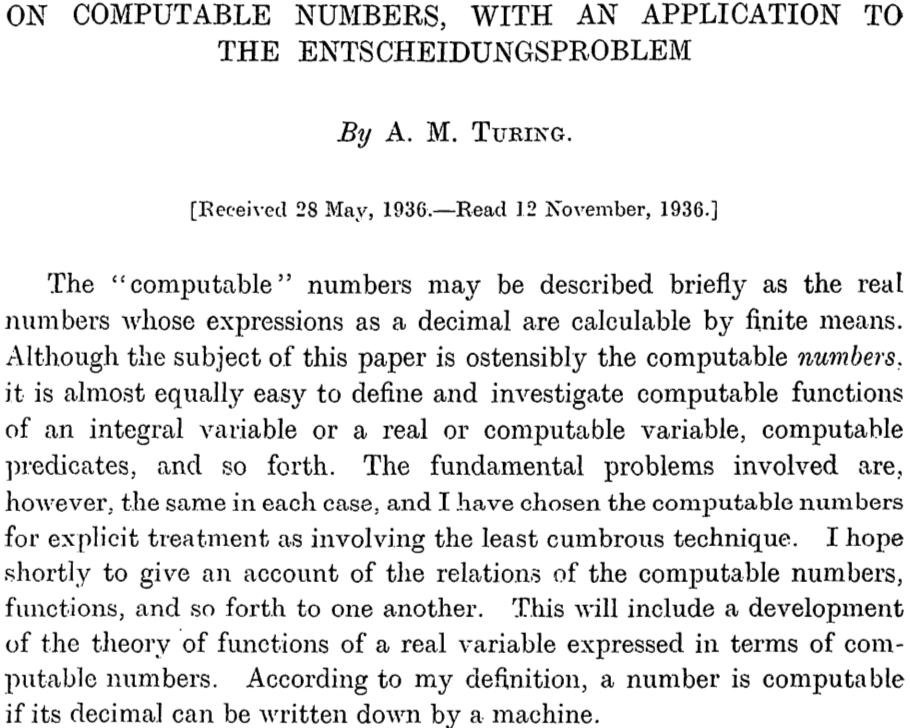 The car was indeed built on Hitler’s orders, as Wikipedia notes:

In April 1934, Hitler gave the order to Porsche to develop a Volkswagen.[note 1] The epithet Volks-, literally “people’s-“, had been applied to other Nazi-sponsored consumer goods as well, such as the Volksempfänger (“people’s radio”).

In May 1934, at a meeting at Berlin’s Kaiserhof Hotel, Hitler insisted on a basic vehicle that could transport two adults and three children at 100 km/h (62 mph) while not using more than 7 litres of fuel per 100 km (32 mpg US/39 mpg UK).[16] The engine had to be powerful enough for sustained cruising on Germany’s Autobahnen. Everything had to be designed to ensure parts could be quickly and inexpensively exchanged. The engine had to be air-cooled because, as Hitler explained, not every country doctor had his own garage. (Ethylene glycol antifreeze was only just beginning to be used in high-performance liquid-cooled aircraft engines. In general, water in radiators would freeze unless the vehicle was kept in a heated building overnight or drained and refilled each morning.)

Here’s one of the prewar Porsche prototypes: Model of the 1932 Porsche Type 12 (Nuremberg Museum of Industrial Culture)

The “People’s Car” would be available to citizens of Germany through a savings scheme, or Sparkarte (savings booklet),[30] at 990 Reichsmark, about the price of a small motorcycle. (The average weekly income was then around 32RM.)[31]

This caused enormous controversy (Jane Goodall defended the shooting, Ricky Gervais opposed it), and I’m in no position to judge this one. I just wonder if they could have used a tranquilizer dart, but that could have caused the gorilla to become agitated or would have taken too long to take effect. Here’s a news report:

*The cops in Texas ‘fessed up that they moved too slowly when the school shooting began in Uvalde, Texas. Apparently, despite kids inside the classes calling 911, the cops didn’t think that any kids were at risk. How can that be?

In an emotional and at times tense news conference, Steven C. McCraw, the director of the Texas Department of Public Safety, gave the most detailed accounting of the shooting yet, diverging in substantial points from the original timeline given by officials.

Most of the time the gunman was at the school, Mr. McCraw explained, he was inside the classrooms where nearly all of the killing took place, while as many as 19 police officers waited outside in the school hallway. Multiple people in the classrooms, including at least two students, called 911 over that horrifying stretch, begging for police. But apparently believing that the suspect had barricaded himself in the classroom and that “there were no kids at risk,” the police did not enter the classroom until 12:50 p.m., 78 minutes after the shooter walked inside.

“From the benefit of hindsight where I’m sitting now, of course it was not the right decision,” Mr. McCraw said. “It was the wrong decision. Period.”

An admission of “wrong decision” like this spells b-i-g  t-i-m-e  l-a-w-s-u-i-t in the U.S. But no amount of money can compensate for the loss of a person’s life.

*John McWhorter is both a linguist and a parent outraged by the uncontrollable gun violence in the U.S. His latest column, one of his best, is both an attack on those who interpret the Second Amendment as free license for anyone to carry a gun, and to the inaction of politicians, especially Republicans, who seemingly don’t give a rat’s patootie about slaughtered schoolchildren. He compares the Dixiecrats of yore with opponents of gun control. His column is called “Gun violence is what segregation was. An unaddressed moral stain.” Excerpts:

Part of what turned the tide in the fight for civil rights was a combination of technology and shame. Television offered visual evidence of the barbarity of segregationist racism with a vividness hitherto unknown to many Americans.

But that won’t work this time. The instantly accessible moving image long ago lost its novelty, and most Republicans in Congress give no indication so far of being moved by the images from Uvalde or by the facts. As long as they maintain this posture, they have no more shame than the Dixiecrats of yore — and our system has come to a point where those of us who do have shame, and want to vote for people who will do something about it, are thwarted.

. . .We are facing the reign of a pitiless, self-centered cynicism thriving in the face of innocents being mowed down with regularity. In a sense, the Dixiecrats weren’t much different: Then and now, in the cases of segregation and out-of-control gun violence, the clear moral path is being blocked by a phalanx of elected leaders for small-minded and chillingly unfeeling aims. The circumstances of the mid-20th century made it so that morality could finally work its way around people like this. I’m less optimistic that anything of the sort will happen now.

The closest to optimism I can muster is that a robust Democratic majority in the House and Senate could get that needle at least moving. But given the prospects of that happening any time soon, I’m inclined to suppose that the mass shootings we now must accept as regular American life are a demonstration that we have failed. Nothing like this was meant to happen under the construct the founders created. If a critical mass of elected officials are, in effect, OK with mass shooting deaths being a new normal in our country, then any reckoning would have to address the sad fact that after close to 250 years, America is simply broken.

For an old but still relevant argument about what the Founders meant by the Second Amendment, do read Garry Wills’s  1995 article in the New York Review of Books, “To Keep and Bear Arms.” Of course, there’s not a snowball’s chance in hell of the new Supreme Court construing the Second Amendment as being relevant to what it says: the creation of a militia.

*You want a good example of chutzpah?  Here’s one:

Asra Jabas suffered significant injuries to her face when she launched a terror attack on Israelis in 2015, blowing up a gas balloon in her car as she approached officers near the Israeli town of Maale Adumim.

The then 31-year-old terrorist yelled “Allahu Akbar” toward the officers before causing the explosion. At the time of the attack, Jabas was carrying handwritten notes in support of so-called Palestinian “martyrs.” A police officer named Moshe Hen suffered burns during the attack.

Jabas was indicted on attempted murder charges, leading to an 11-year sentence.

Seven years later, it appears that Jabas believes Israel should pay for cosmetic surgery she says she needs due to injuries sustained in the attack she launched. While two similar requests have been rejected, Israel Prison Services has made sure she received multiple essential medical treatments at the state’s expense.

That reminds me of the old joke about how a guy killed his parents and then pleaded for mercy because he was an orphan.

*I’m sorry: I’ve tried, but I just can’t find Amanda Gorman (the “Inaugural Poet” for Biden) a good poet, much less a decent one. Yes, I know she’s young, but Eliot was two years younger when he wrote Prufrock. Her latest poem , published as a NYT op-ed, is predictably trite, full of off-the-shelf reactions, but I see she’s also discovered, to my chagrin, alliteration.

*The Republicans are adamantly refusing to even consider mild restrictions on guns. At the NRA meeting going on in Houston, the GOP evinces their usual response:

The Republican lawmakers who elected to keep their speaking plans at the annual gathering sounded a different note: Defiance.

“We all know they want total gun confiscation, know that this would be a first step,” Trump told the crowd in an auditorium about 300 miles from the site of the mass shooting in Uvalde, Tex. “Once they get the first step, they’ll take the second step, the third, the fourth, and then you’ll have a whole different look at the Second Amendment.”

In fact, we need a whole different look at the Second Amendment! It was put in place to facilitate the formation of militias, not to give every American the right to pack heat. What happened to the “originalists”?

*And on the light side, Jez calls our attention to this BBC article:

A woman wearing nothing but a coat was stopped by police as she travelled to give her boyfriend a “special surprise”.

North Wales Police officers admitted it was one of their “more bizarre jobs” after stopping the driver on the A55.

Things got worse for the driver, who was arrested when she failed a roadside test for cannabis.

Checks then revealed the motorist was disqualified and uninsured, and the car did not have an MOT. [JAC: What’s an MOT?]

In a post on Facebook, North Wales Police said: “We provided her with our very own lovely grey-coloured custody tracksuit so that she could stay warm.

“Not exactly the outfit she had planned.

. . . .”Moral of the story – only drive if you have a valid licence, are insured and make sure that your car has an MOT.

“And make sure you’re dressed appropriately.”

But she was completely covered in a coat. Why is that not appropriate driving attire?

Meanwhile in Dobrzyn, HIli is bothered by a buzz:

Hili: Could you do a good deed?
A: What deed?
Hili: Catch this bumblebee and let it fly free, it’s irritating me. 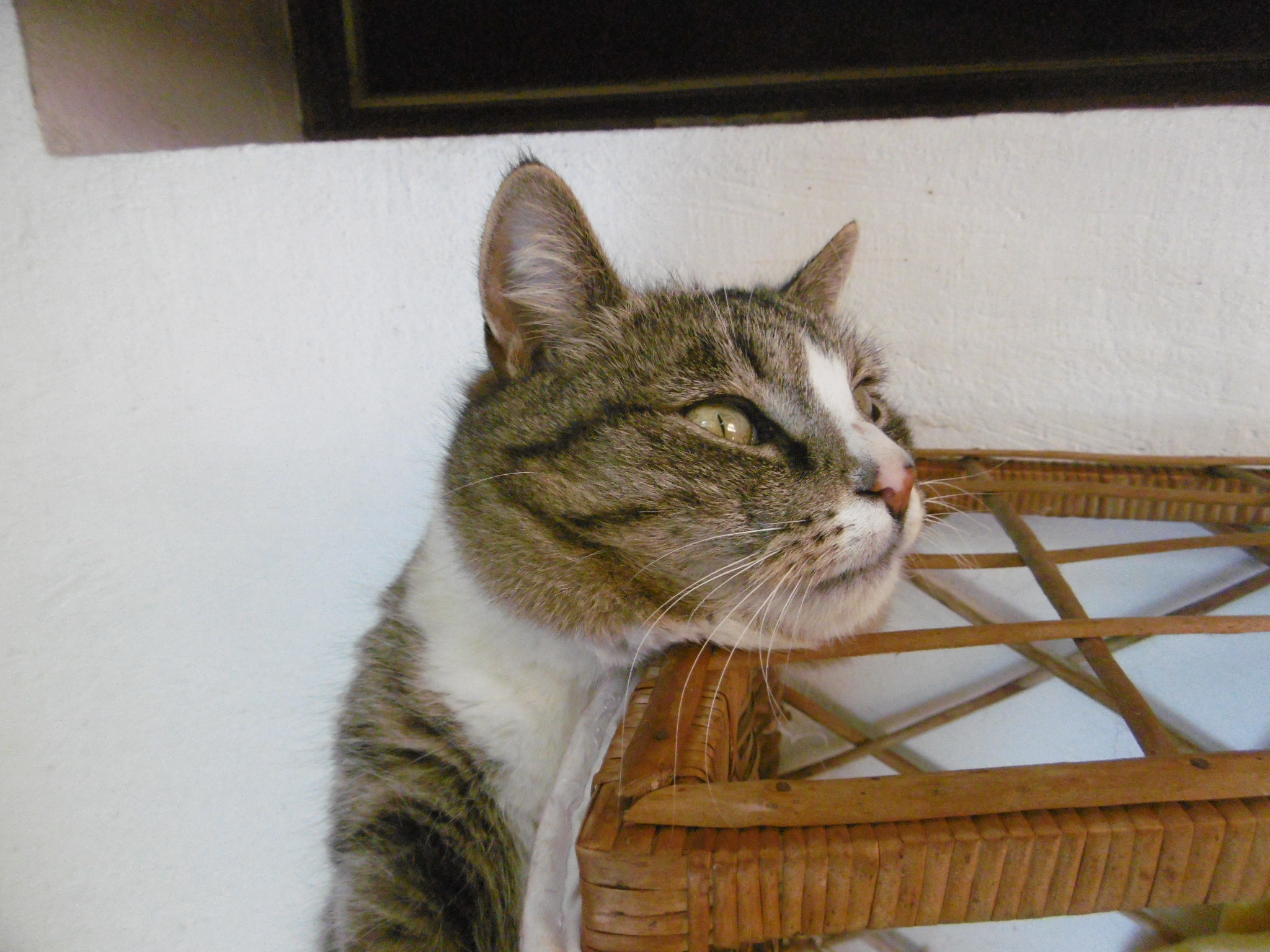 And a photo of cute little Kulka: 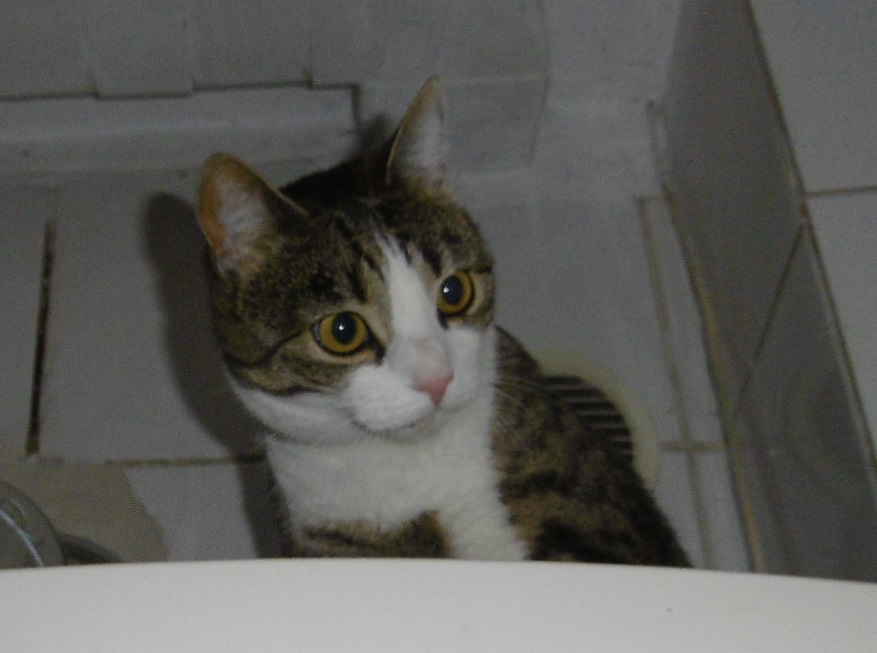 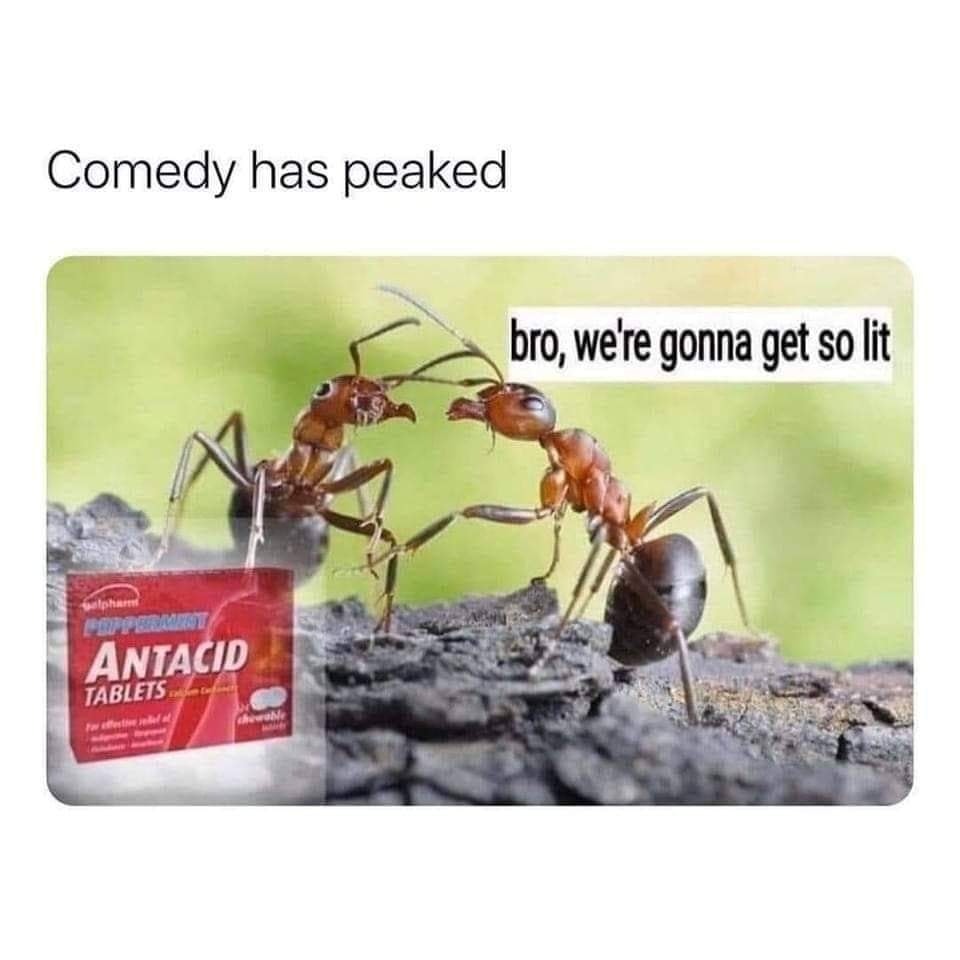 From The Language Nerds: 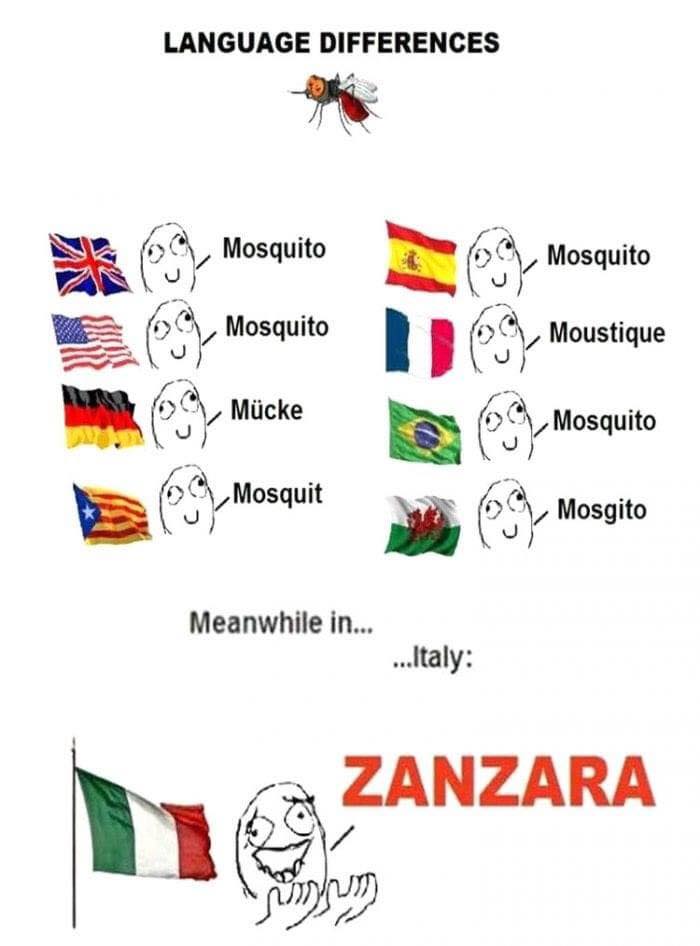 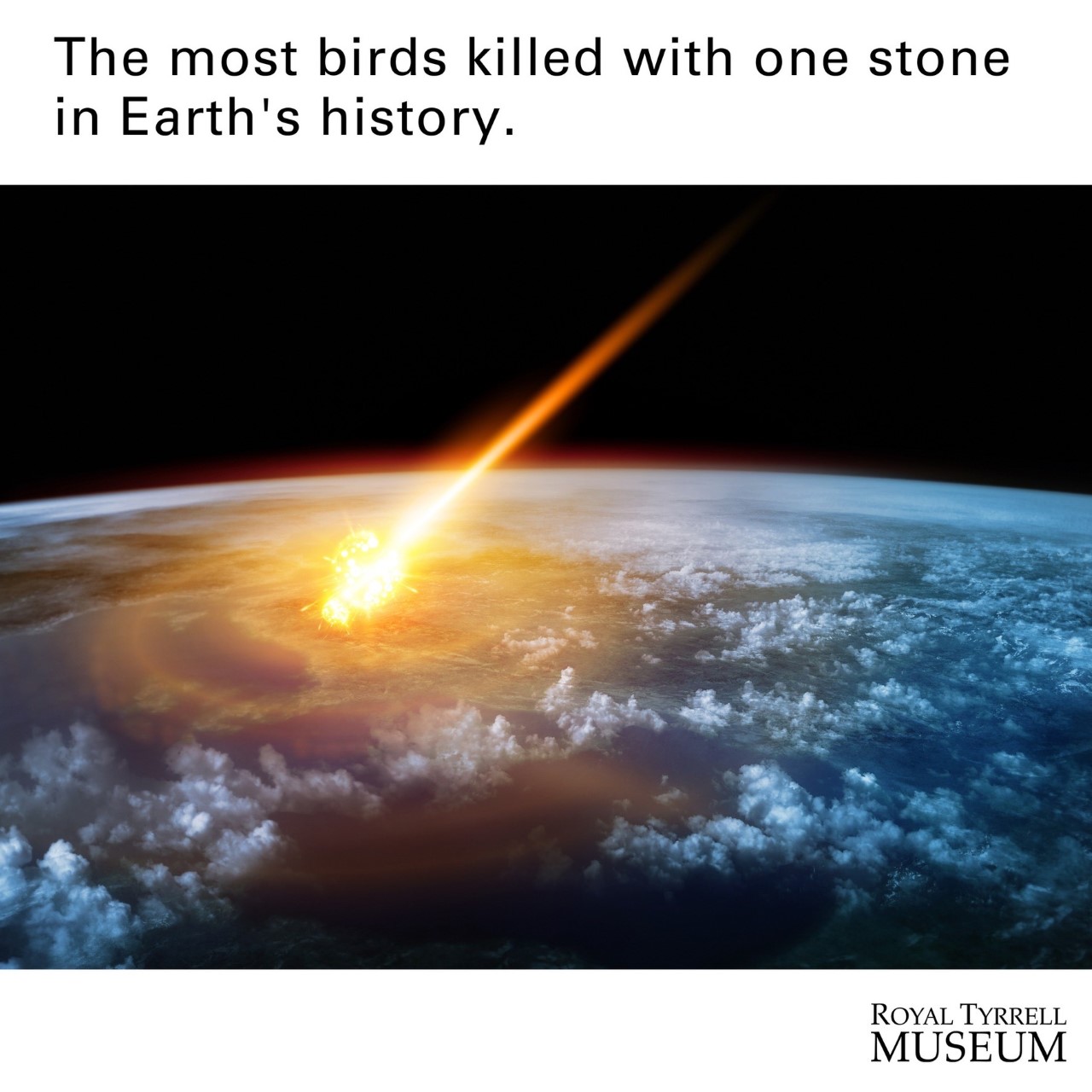 From the creator of Titania:

One of these is a tweet posted by a UK academic a couple of days ago.

The other is a passage from Titania McGrath's book "Woke: A Guide to Social Justice", published 3 years ago.

“Ms. Gomez … was one of numerous parents who began encouraging—first politely, and then with more urgency—police and other law enforcement to enter the school. After a few minutes, she said, federal marshals approached her and put her in handcuffs” https://t.co/dOuNltQv1e

From Barry. Is this interspecific love or parasitism?

27 May 1907 | A Pole, Antoni Łyko, was born in Krakow. A football player of @WislaKrakowSA & the Polish national team.

Sick but true, though she’s talking only about the state of Texas. Read the thread, too. . .

There’s a longer version (audio only) of this conversation, and I’m trying to see if I can work up any interest in hearing it!

Jordan Peterson has finally offered a defense of his position that ancient symbols depicting intertwined snakes are literally representations of DNA! pic.twitter.com/b4x3fLqrHp

WOW!!!
This was crazy to catch on camera!!! pic.twitter.com/JVF9G02HZU