Here’s a short article from Science Alerts (click on screenshot): 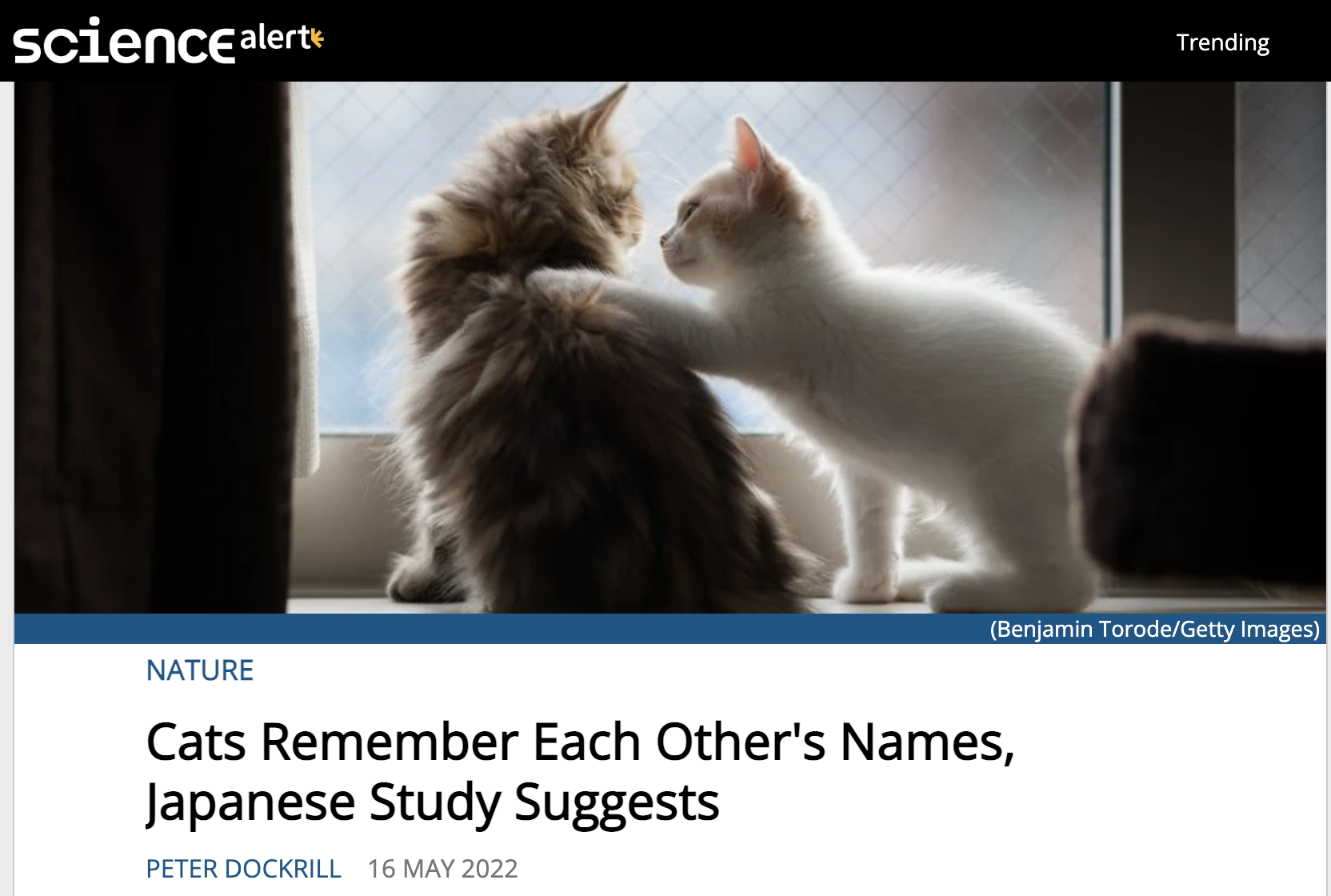 It’s a summary of a longer scientific paper from Nature Scientific Reports (free by clicking below):

It’s not a very convincing experiment. I looked at the paper, and this is the summary:

We examined whether cats matched familiar cats’ names and faces (Exp.1) and human family members’ names and faces (Exp.2). Cats were presented with a photo of the familiar cat’s face on a laptop monitor after hearing the same cat’s name or another cat’s name called by the subject cat’s owner (Exp.1) or an experimenter (Exp.2). Half of the trials were in a congruent condition where the name and face matched, and half were in an incongruent (mismatch) condition. Results of Exp.1 showed that household cats paid attention to the monitor for longer in the incongruent condition, suggesting an expectancy violation effect; however, café cats did not. In Exp.2, cats living in larger human families were found to look at the monitor for increasingly longer durations in the incongruent condition. Furthermore, this tendency was stronger among cats that had lived with their human family for a longer time, although we could not rule out an effect of age. This study provides evidence that cats link a companion’s name and corresponding face without explicit training.

And a diagram, which isn’t really needed but has a picture of two cats (caption from the paper:

So house cats looked longer at a computer screen when shown a cat (known to the observer cat) when the owner’s voice called out a wrong name. Observation time was shorter when the cat matched the name. But this wasn’t true for café cats.

First, how do we know that “longer looking at a computer screen” is the same as “knowing an incongruence between name and face”? I could easily make the reverse hypothesis. Second, the results are barely significant:

Second, while the difference between house and cafe cats is significant at an appreciable level, within each group there’s not much difference in “looking time”. Here’s the figure with the “attending time”. Note that it’s longer for house cats when the picture doesn’t match the name (blue box is higher), but it’s barely a significant difference (p = 0.045, when less than 0.05 denotes “significance”), while for cafe cats there is no significant difference (p = 0.11). There is, as I said, a significant result X venue interaction (p = 0.009). That may mean that cafe cats have less chance to associate a face with a name.  Still, we’d like a bigger sample size and some indication that longer looking time really means that the cats are confused! 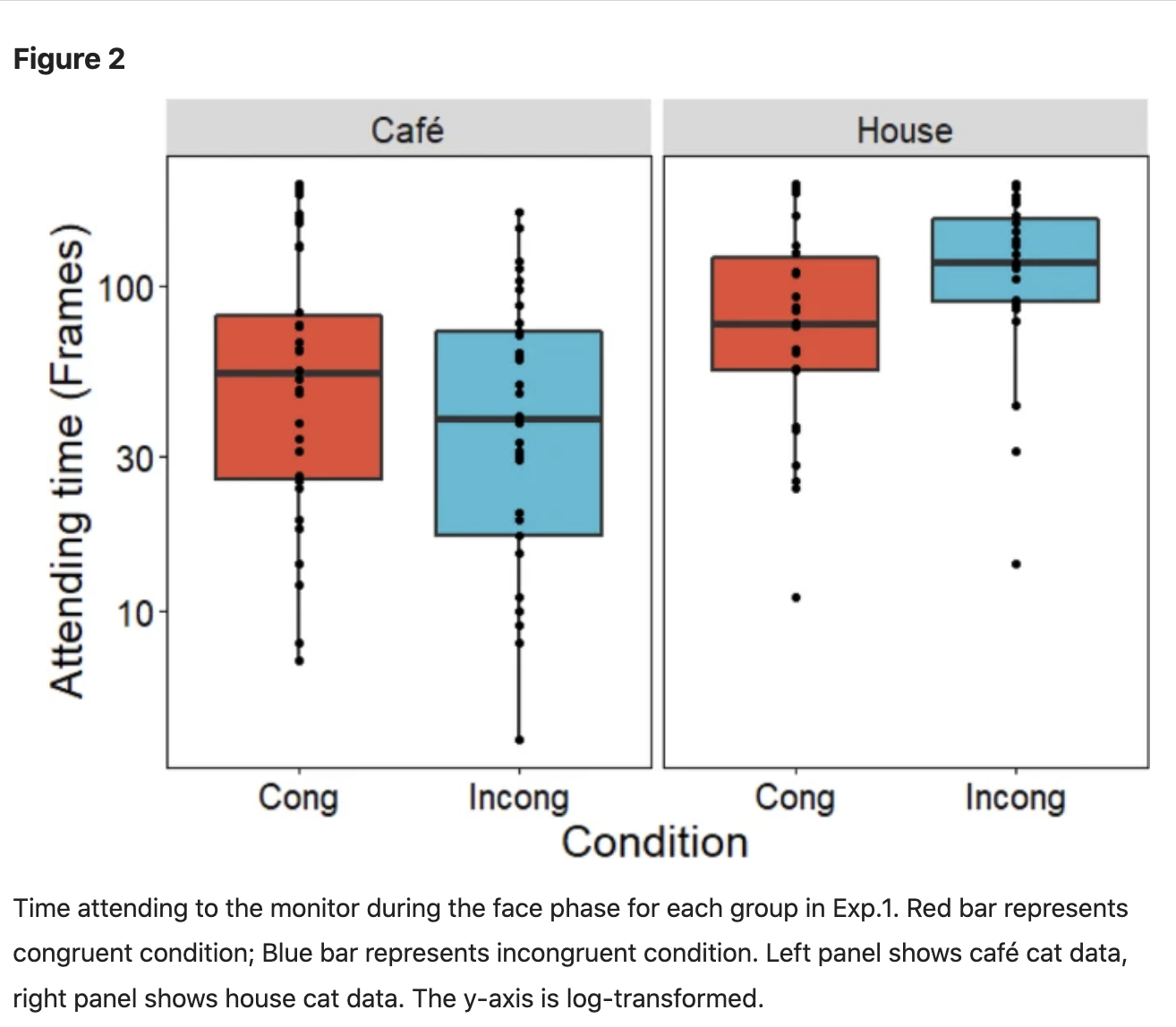 Here’s “The Cat” a lovely short (yes, really short) story published on Electric Lit. It’s by the noted Danish writer Tove Ditlevsen and deals with the effect of a cat on a broken marriage.

A cat circus! The Google translation from the Japanese:

A show by cats that are hard to see The Cats I went to Nasu Animal Kingdom! It was Taken on February 4, 2017.

It isn’t bad given that these are cats.  The tightrope walk is my favorite.

I don’t know anything about this giant cat sculpture, but it came from reader Rick, who noted, “Portugal must love cats too.” Maybe an enterprising reader can find out what this is: 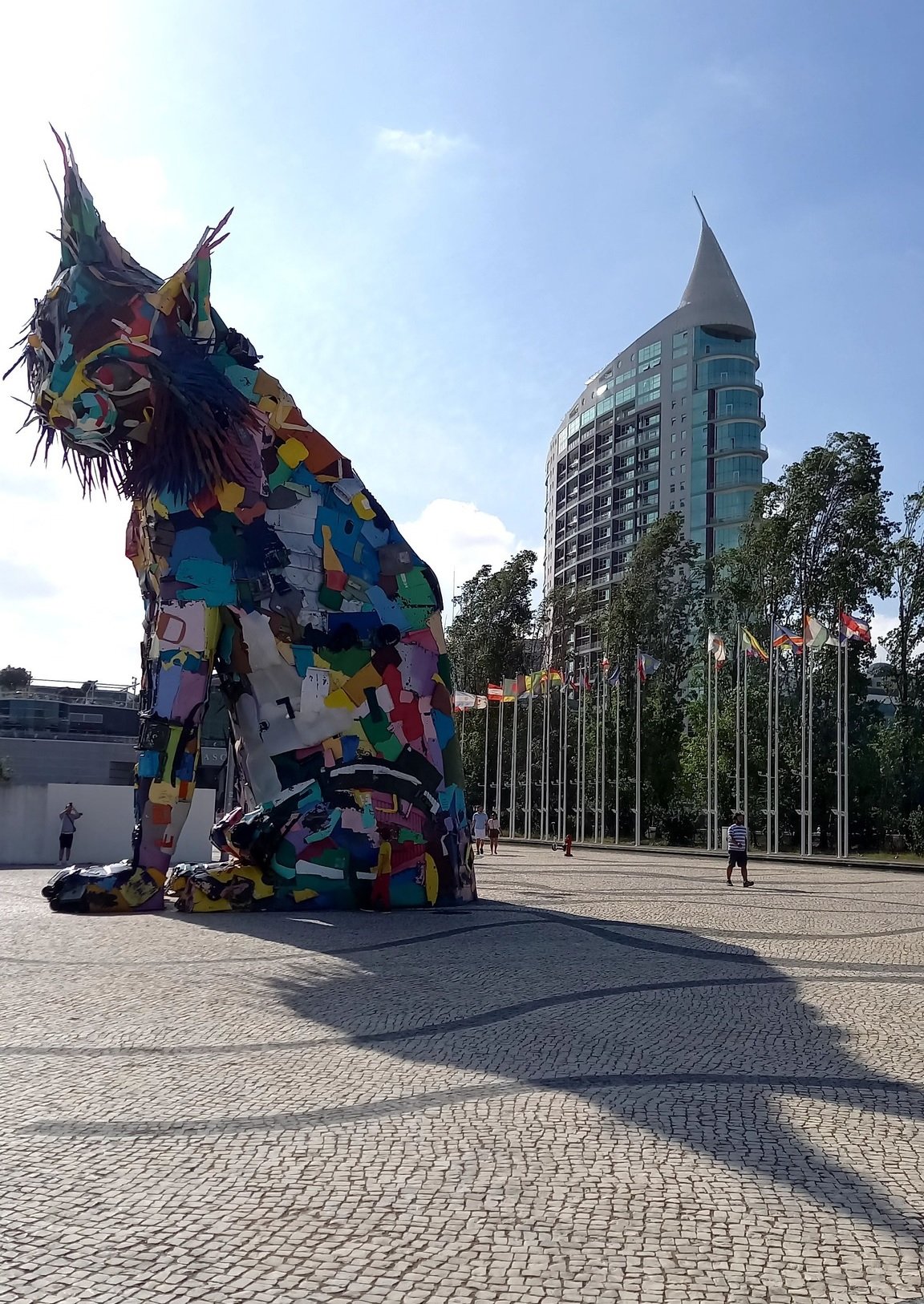