Greetings on The Cruelest Day: a Tuesday, and this one is May 17, 2022: National Cherry Cobbler Day. Wouldn’t you like some right now, preferably warm and topped with vanilla ice cream?

Posting may be a little light today as I have to drive a LONG way to get my car emissions-tested, something required every few years to get the registration renewed. Of course there are no emissions-testing stations in all of Chicago, so I have to drive to Bedford Park,a fairly long haul.  These tests always make me anxious. What if I fail?

*The Ukrainian fighters holed up the the Maiupol steel plant have finally surrendered, eliminating the last pocket of resistance in the city. It’s very sad. As the NYT reports:

Ukraine says it has given up fighting at the Azovstal steel complex in Mariupol, allowing hundreds of its fighters who had been taking a last stand there to be moved to Russian-controlled territories, securing for Russia a hard-fought and costly victory to seize a swath of the country’s south.

The steel plant had been the final pocket of resistance to Russia’s bid to create a land bridge between the Crimean Peninsula and areas it controls in the east. Mariupol and its residents had sustained some of the worst and most brutal attacks since it was surrounded in early March because the city stood squarely in the way.

Russia’s Defense Ministry said in a statement that 265 fighters who had been holding out in the Azovstal steel works in Mariupol had “laid down their arms and surrendered.” Earlier on Monday, the Ukrainian authorities said that the fighters’ combat mission had ended and that they would be eventually exchanged for Russian prisoners of war.

*Sweden’s official bid to become a member of NATO, ending aeons of neutrality, is now supported by its “Nordic neighbors.” As the Washington Post reports:

Sweden’s parliament “broadly affirmed” the nation’s application, Prime Minister Magdalena Andersson said Monday. The leaders of Norway, Denmark and Iceland said they would assist Sweden and Finland, which signaled it would seek NATO membership last week, “by all means necessary” if Russia carried out retaliatory attacks. However, Russian President Vladimir Putin sought to downplay the development, saying he had “no problems” with the alliance’s possible expansion.

*I don’t know if you’ve followed the covid-19 situation in North Korea, but a bad outbreak was inevitable given that the regime has simply refused all offers of vaccine (the politically powerful, of course, are surely vaccinated). At first the DPRK denied there was a problem, but now they’re up Merde Creek without a paddle—yet still refusing an offer of vaccine from South Korea:

North Korea reported its biggest daily surge in fever cases during a nationwide outbreak of Covid-19 but didn’t respond to a South Korean offer of vaccines even as the North’s leader Kim Jong Un berated officials for failing to contain the disease.

. . . Over 390,000 people came down with fever in the 24 hours through Sunday evening, Pyongyang’s state media said, bringing the official total to over 1.2 million since the first fever cases were reported a week ago. North Korea, which lacks Covid testing equipment, has only confirmed one person tested positive for the Omicron variant of the virus.

Health experts say that without vaccines and testing capacity, North Korea risks being overwhelmed by a health crisis not seen since the country suffered a famine that killed over a million people in the 1990s. North Korea rejected offers of vaccines before the current outbreak and its population is particularly vulnerable because of widespread malnutrition and the decrepit state of the medical system.

What kind of madman would kill off his people rather than accept medical help from several sources? Kim Jong-un, that’s who.

*The mass shooting at a Taiwanese church in Laguna Woods, California, which killed one brave doctor and wounded five, has now (along with the Buffalo shooting) been branded as a hate crime. This one is a bit out of the ordinary, though, as the shooter was an older native-born Chinese man (now a U.S. citizen) apparently exacting revenge against Taiwanese.

Orange County Sheriff Don Barnes said the motive of the shooting was a grievance between the shooter, identified as a Chinese immigrant and U.S. citizen, and the Taiwanese community. China claims Taiwan is a part of its national territory and has not ruled out force to bring the island under its rule.

The suspect was identified as David Chou, 68, of Las Vegas. He has been booked on one count of murder and five counts of attempted murder and is being held on $1 million bail.

. . . Chou’s family was among many that were apparently forcibly removed from China to Taiwan sometime after 1948, Orange County District Attorney Todd Spitzer said. Chou’s hatred toward the island, documented in hand-written notes that authorities found, seems like it began when he felt he wasn’t treated well while living there.

*The Jewish News Service has what I consider a good and pretty objective article on the death of Al-Jazeera journalist Shireen Abu Akleh.  The upshot: despite the press concluding almost immediately that she was shot by the Israeli Defense Forces, there’s also a compelling case to be made that she was shot in the crossfire between the IDF and Palestinian shooters. This is one example where the rush to judgment always damns the Israelis. My take? I don’t know how she was shot, but even the Palestinians who did the autopsy could come to no conclusion.

Meanwhile in Dobrzyn, Hili is occupied: 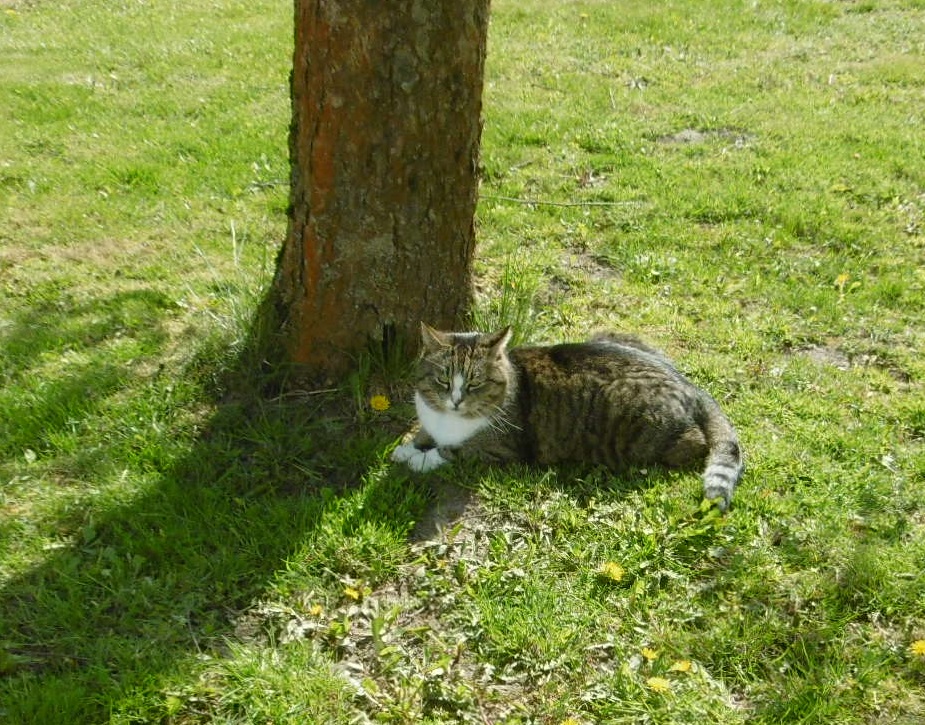 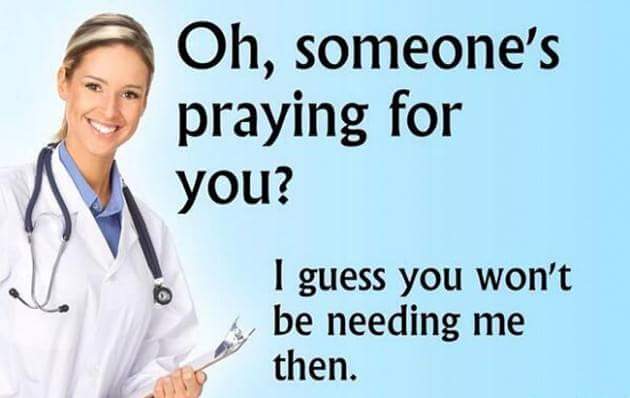 From Unique Birds and Animals: 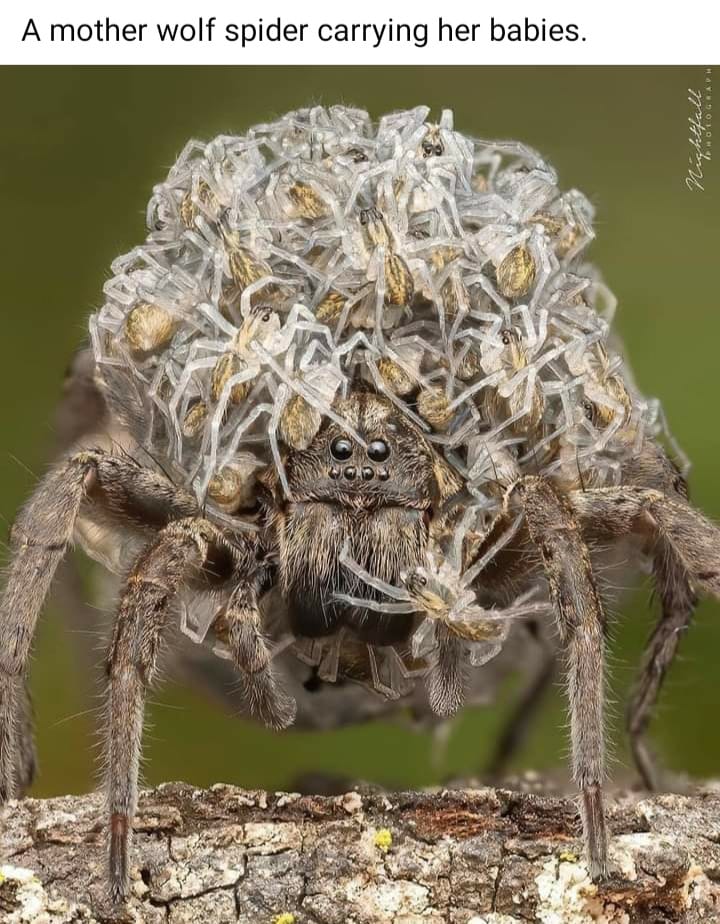 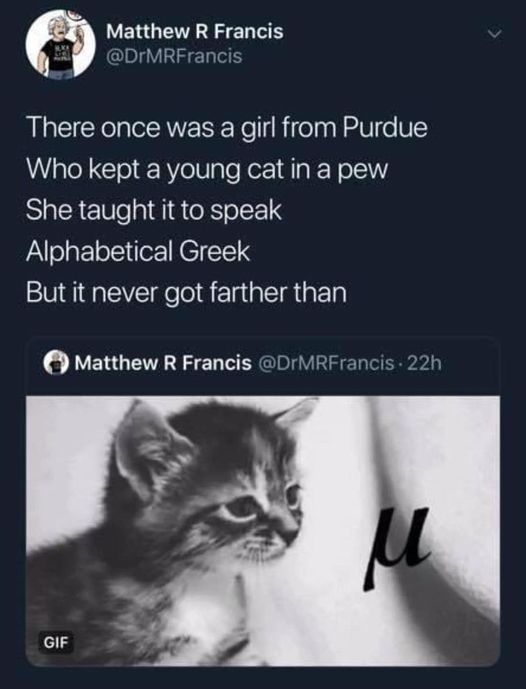 Tweets from God.  He regrets d*gs more, though:

Dogs and cats less so.

Why d*gs should induce more regret:

What does "collectively stress" even mean???

And does Elon Musk need a dinner with anyone to make him feel special?

From Barry: Roadblock in Tanzania:

From Simon; an elephant playing a game:

You gotta be kidding me… pic.twitter.com/77tFEEsyzX

Tweets from Matthew:  Remember Astro Samantha, on whom I had a crush. She’s apparently back on the ISS!

Look at those clouds? Anybody know what they are? Could they be. . . mammalus clouds?

I believe the one at upper right is the famous “Nessie” fake photo:

Back in day, travellers/explorers would draw what they saw. This is where many sea monster stories come from ie. tentacled and alienesque appendages emerging from the water – giving belief to something more sinister lurking beneath….however, many cases it was just whale dicks. pic.twitter.com/6ZH1nJZvB1

I’m not sure what this means, but perhaps Matthew knows:

This is the ideal male body. You may not like it but this is what peak performance looks like. pic.twitter.com/B0V9egjAhq