Here are a few events that happened on May 12:

Here’s Lear’s own illustration of his famous poem, “The Owl and the Pussy-Cat“: 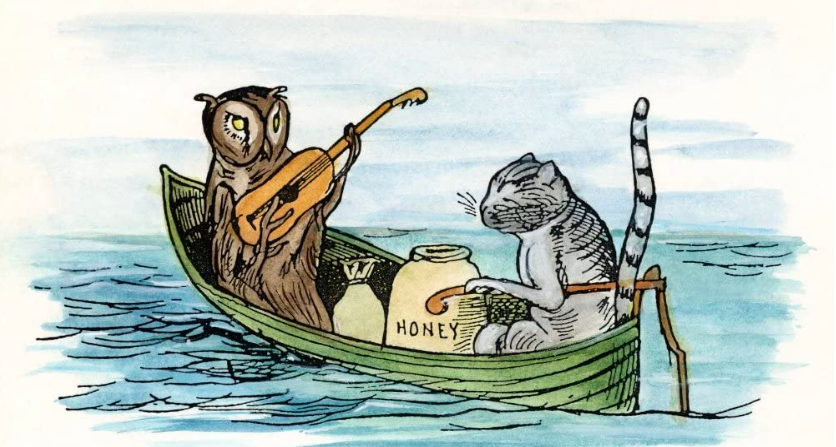 Carlin was  mesmerizing presence and a comic genius. Here’s my favorite clip of him, one in which he tells the truth about religion; do watch it.

Those who croaked on May 12 include:

Como was once a barber in a town near Pennsylvania near where my father grew up, and was a barber before he was a singer. My father swore that, when he was younger, Como gave him a haircut.  Heeere’s Perry with one his more famous songs:

*And as for news: as expected, a vote in the Senate to guarantee abortion rights throughout the U.S. failed due to Republican opposition and a paucity of “yes” votes needed to overcome the 60-vote filibuster limit. It wasn’t even a tie: the vote was 51 senators voting “no” and 49 “yes”. Who was the Democratic holdout? Joe Manchin of West Virginia, of course, who might as well declare himself a Republican

*Finland has said it plans to apply for membership in NATO, discarding its longstanding policy of nonalignment. There’s little doubt its application would be accepted, but that will drive Putin up a(nother) wall given that Russia and Finland are contiguous and share a border of 1,340 km (830 mi).

This week, ACLU filed a Motion to Intervene in WoLF’s California lawsuit challenging SB 132, which allows men who self-identify as women into women-only prisons: https://t.co/IYTfQnYwrR 1/6

Meanwhile in Dobrzyn, Hili is having on Andrzej:

Hili: We have to sharpen our tools and start field work.
A: Do not even think about birds.
Hili: I said nothing about birds. 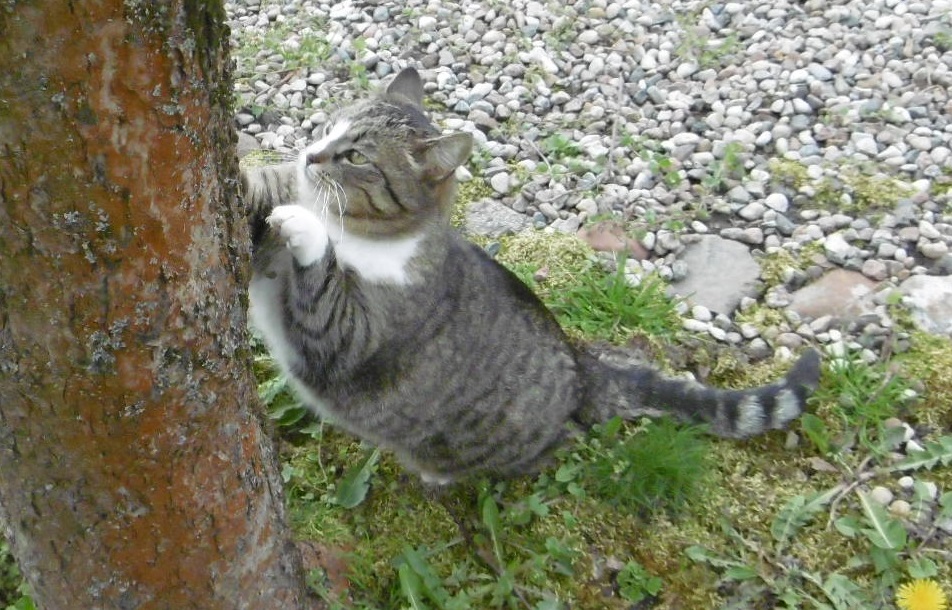 A lovely formal portrait of Kulka by Paulina: 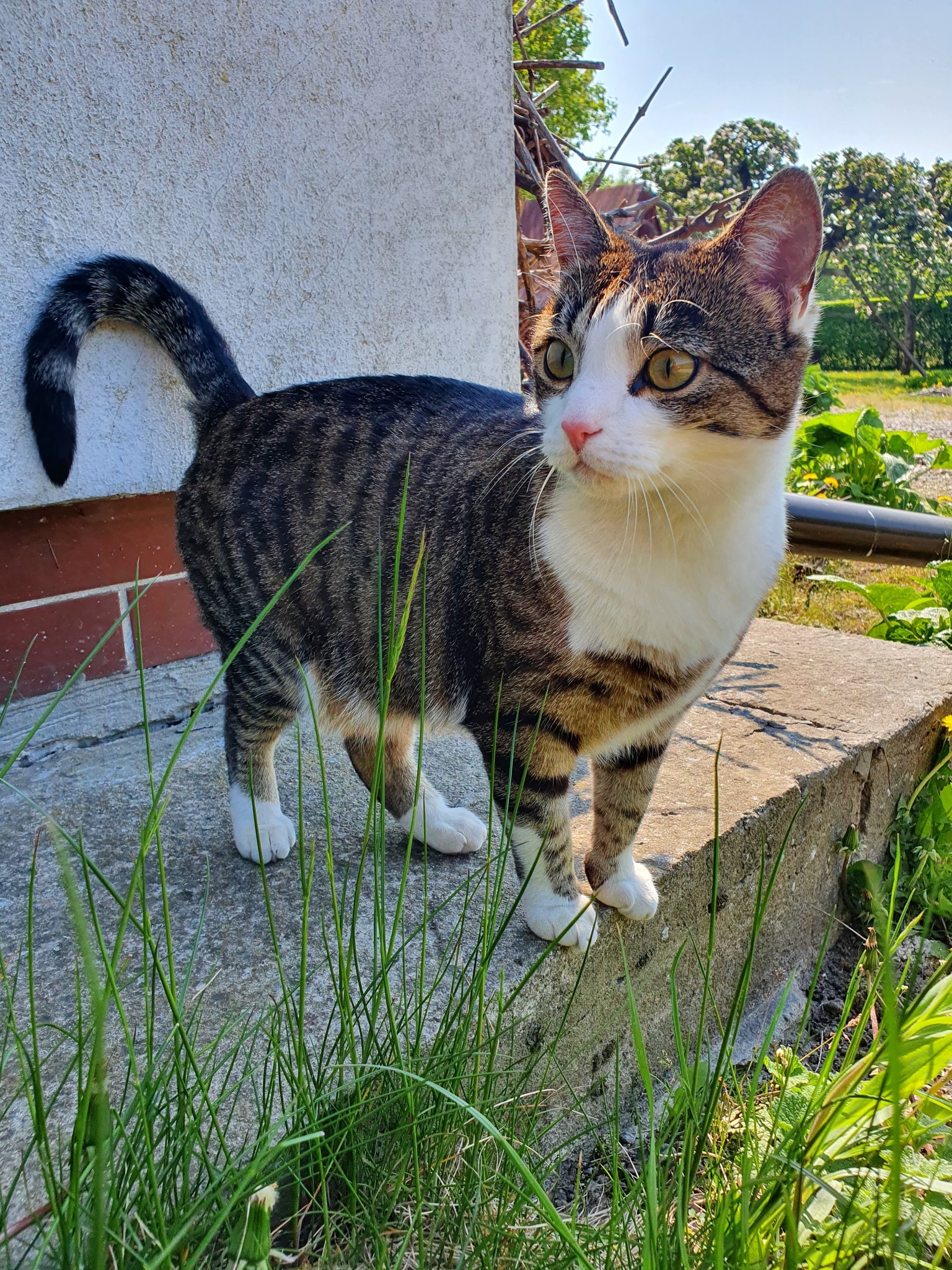 And here’s Karolina grabbing up Kulka again (photo by Paulina): 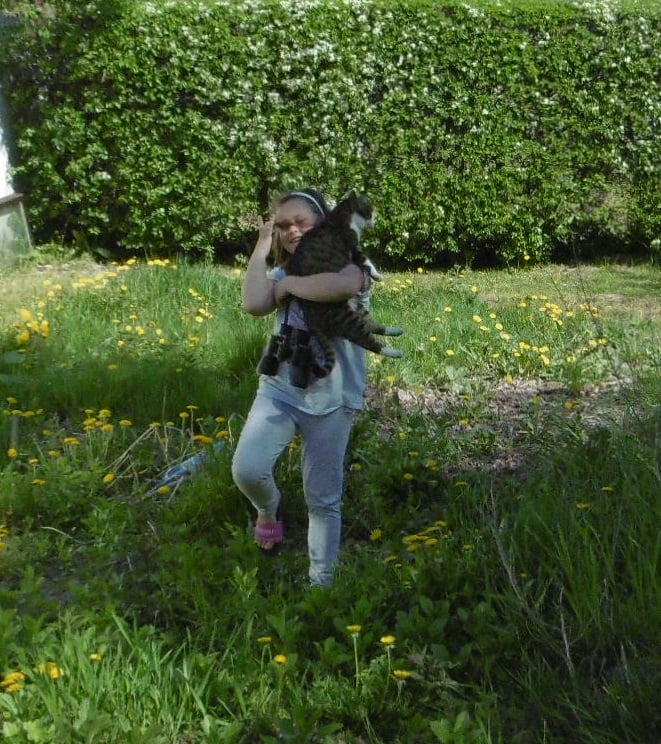 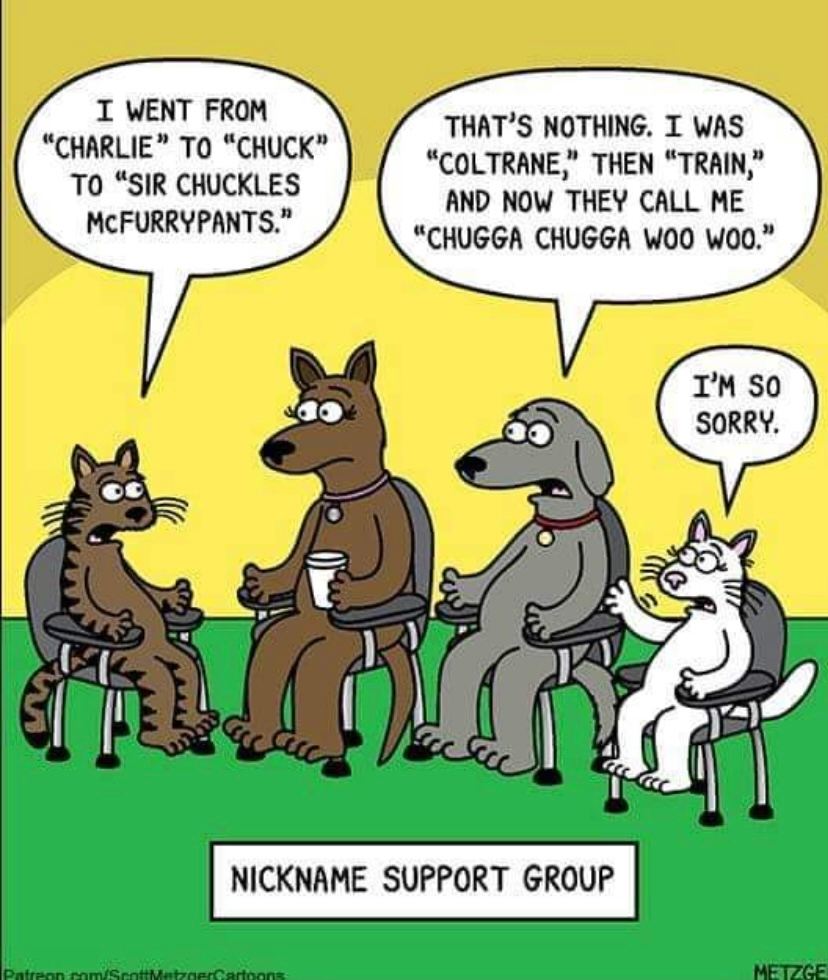 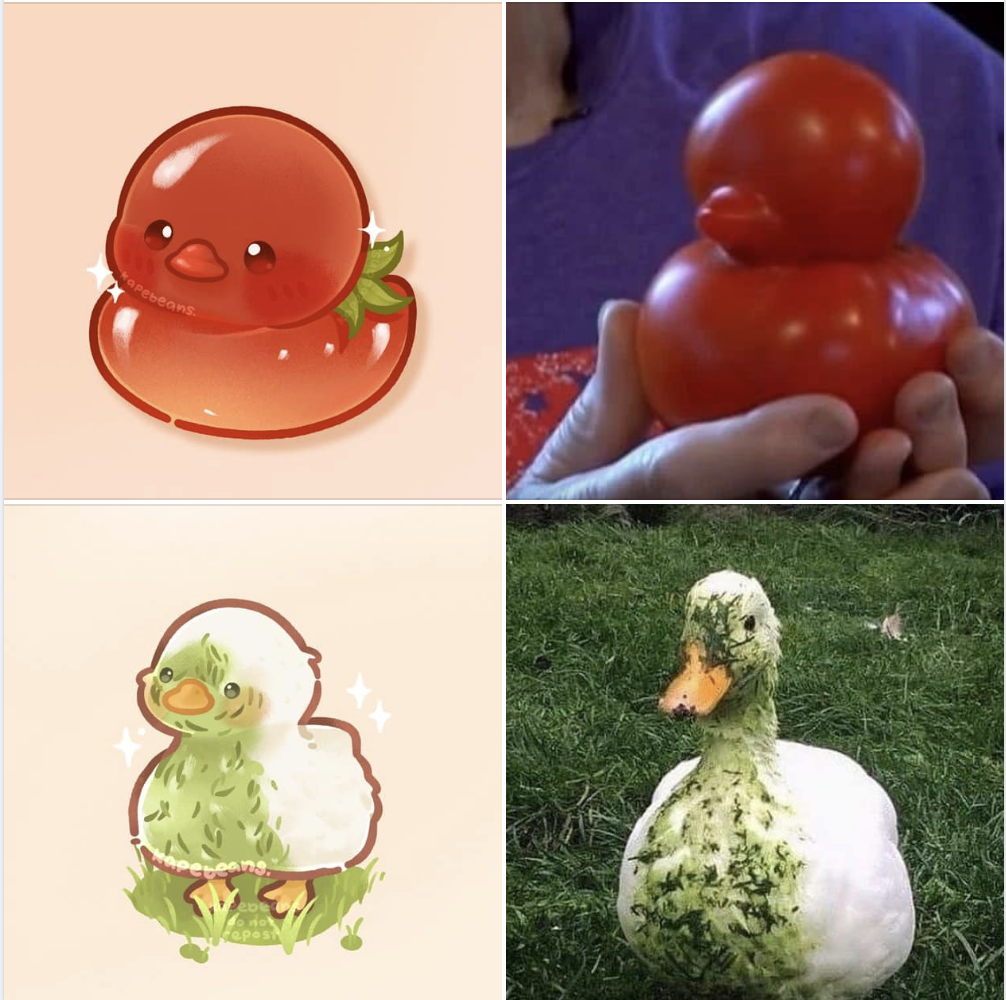 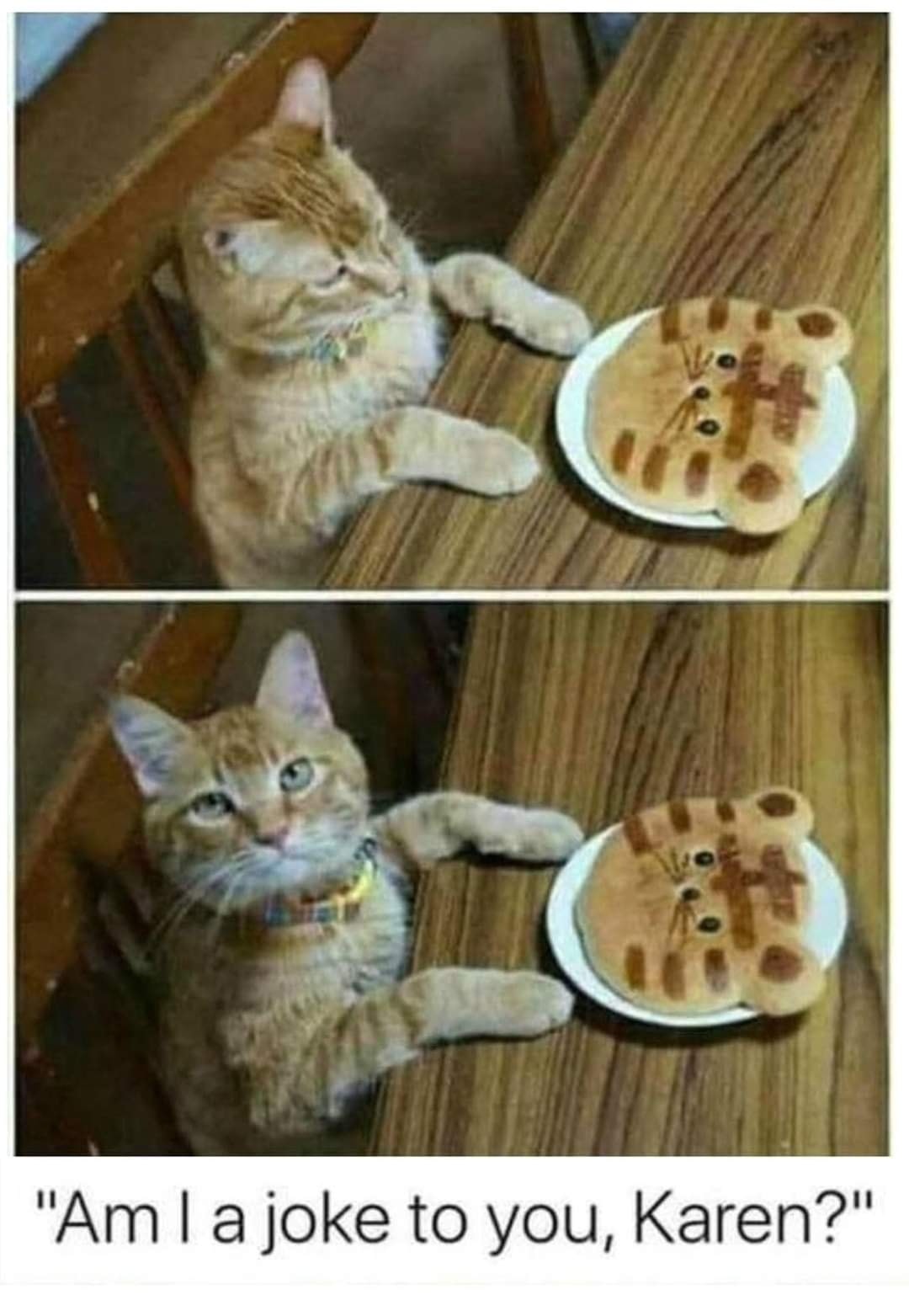 I retweeted this extraordinarily stupid statement from Jordan Peterson (originally sent by Barry). As I said, I don’t follow Peterson, but if you’re a fan, please explain this:

I don't follow Peterson much, but this is an arrantly stupid claim: "without the Bible there couldn't even be the possibility of truth." WHAT? Does that mean that if the Bible hadn't been written, we couldn't discover empirical truths and wouldn't have science? https://t.co/gCPnYcTUq7

Q: What did Hitler, Mussolini, Genghis Khan and Vlad the Impaler all have in common?

A: They all had MOTHERS. pic.twitter.com/9yzqyKvEm9

A lovely Egyptian cat ring (the carnelian is a single stone) sent by Gravelinspector:

An ancient Egyptian gold ring with a carnelian bezel in form of a cat. From Third Intermediate Period (1070-712 BC) Dimensions: D. 2 cm (ring) L: 1 cm (bezel) it's now in the collection of the British Museum.

I love how this guy took a break from his crucifixion so he could grab some lunch.😆 pic.twitter.com/cOO8Hsczqs

Tweets from Matthew. Two from a little-known figure of history. Read more about him here.

Yuri Knorozov, the linguist who deciphered the Maya script, listed his cat Asya as a co-author on his work but the editors always removed her. He always used this photo with Asya as his author photo and got pissed whenever editors cropped her out https://t.co/xZqflZPw4b pic.twitter.com/DBmoY3Ajlc

. . . and a statue and Knorozov’s gravestone:

Here’s his Wikipedia photo with his Siamese cat Asya, clearly the model for the gravestone: 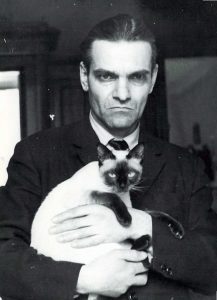 Look how long this flying fish is out of the water! But Matthew makes a good point:

Flying fish are amazing, but just remember how birds, or reptiles, or mammals dive under the water and we never give it another thought… https://t.co/ta4Aimsd01

And watch this one to the end:

So many wonderful moments. This was the best 👇 pic.twitter.com/bm81ABtkxR