In Dobrzyn, the cats are dozing:

A: Here you are.
Hili: Yes, and we are not to be disturbed. 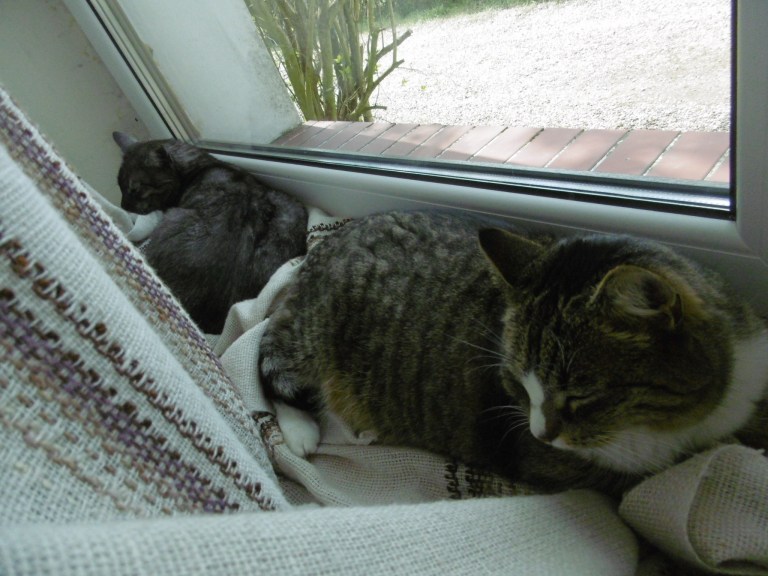 And for 5 May, the end of the horror for some: