Our schedule on and off the ship is packed, which leaves me little time to post either prose or photos. I am, however, saving stuff up for when I return. But I realize it’s not the same as coming along on a real-time trip.

We get up early, rush to breakfast, and usually leaving the ship between 7:45 and 8:15. a.m. Most days we are gone all day up to “cocktail hour”: 7:15. Dinner is at eight and lasts about two hours.

This leaves only time to get ready for bed and sleep, and I feel the want of free time to relax and write.

Yesterday we were in Marrakech, a city that has changed tremendously since I first hitchhiked down here as a hippie in 1972. Now the city is surrounded by newly-build suburbs, and the famous medina, or old town, is a shadow of its old self.  It’s crowded with tourists and the grungy but fascinating old shops have largely become small boutiques. I realized just now that this is the 50th anniversary since I came.

Yesterday we rushed through three museums and a botanical garden (15 minutes each!) and had a guided walk through the souk.That’s because it was 2.5 hours by bus each way from the ship to the city, leaving little time for sightseeing and none for wandering. Here are a few photos:

Below: Yves St. Laurent’s home, set in a huge garden, now in the center of the new city. There is also a YSL Museum. Everybody noticed that the visitors were largely beautiful young women (someone speculated that they hoped to be “discovered” as models there, which seems unlikely). 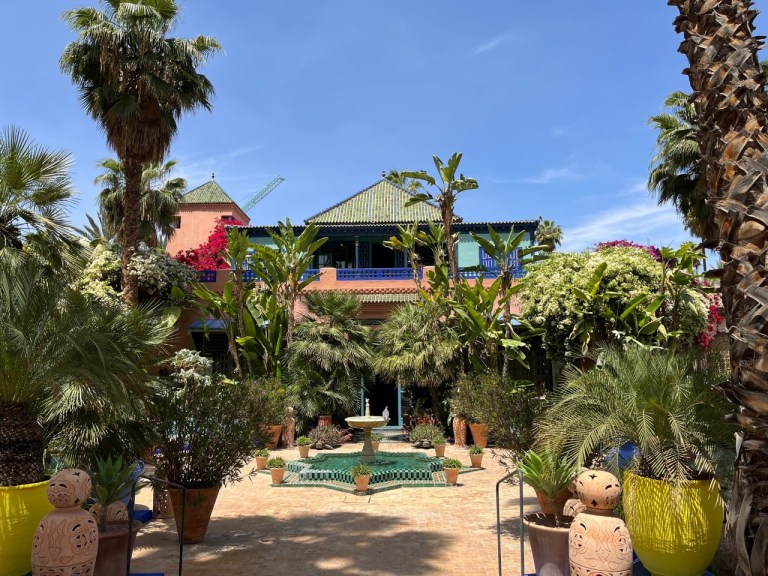 Some of YSL’s sketches, showing the influence of Moroccan dress on his own couture: 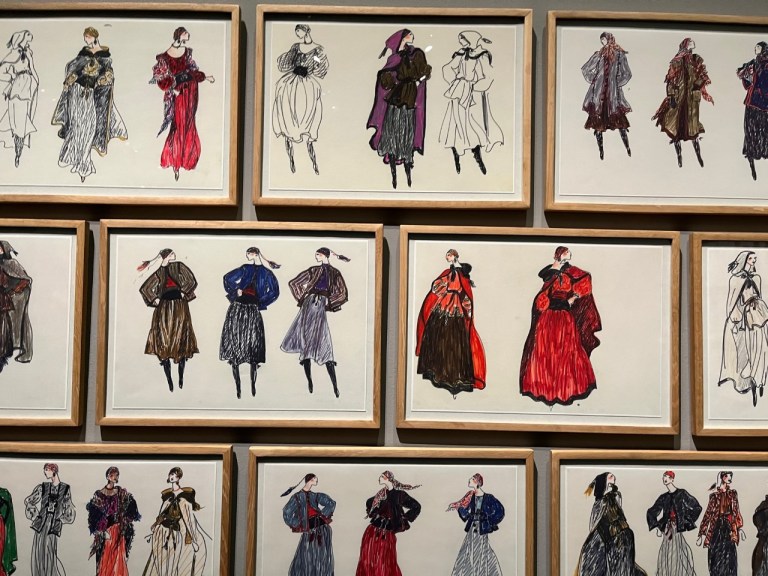 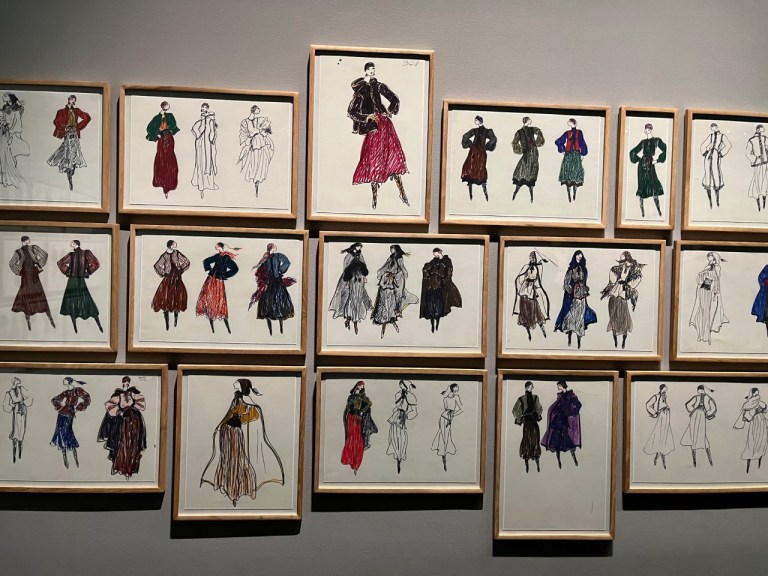 Man and woman on motorcycle (taken from bus): 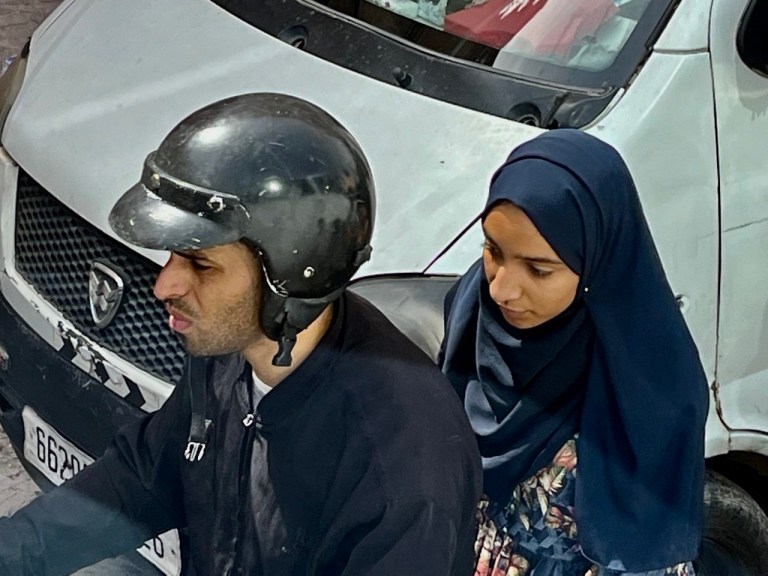 Tiles in a cultural center Note that there is no grout: the white bits are themselves hand-cut tiles: 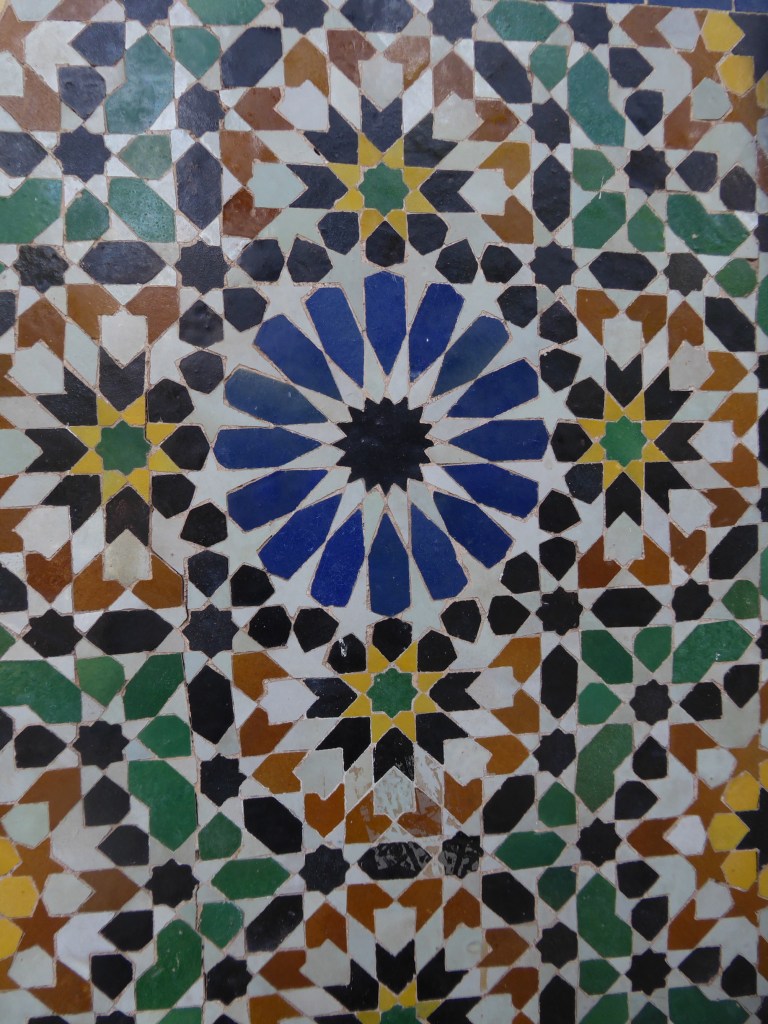 Page from an 11th century Qur’an: 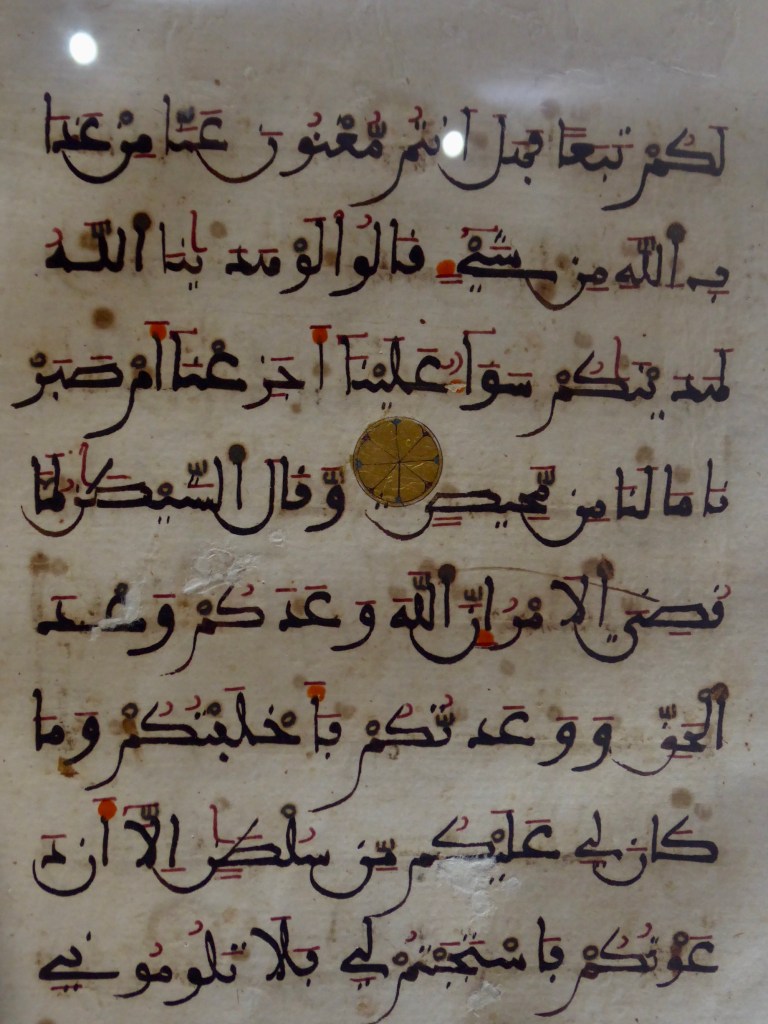 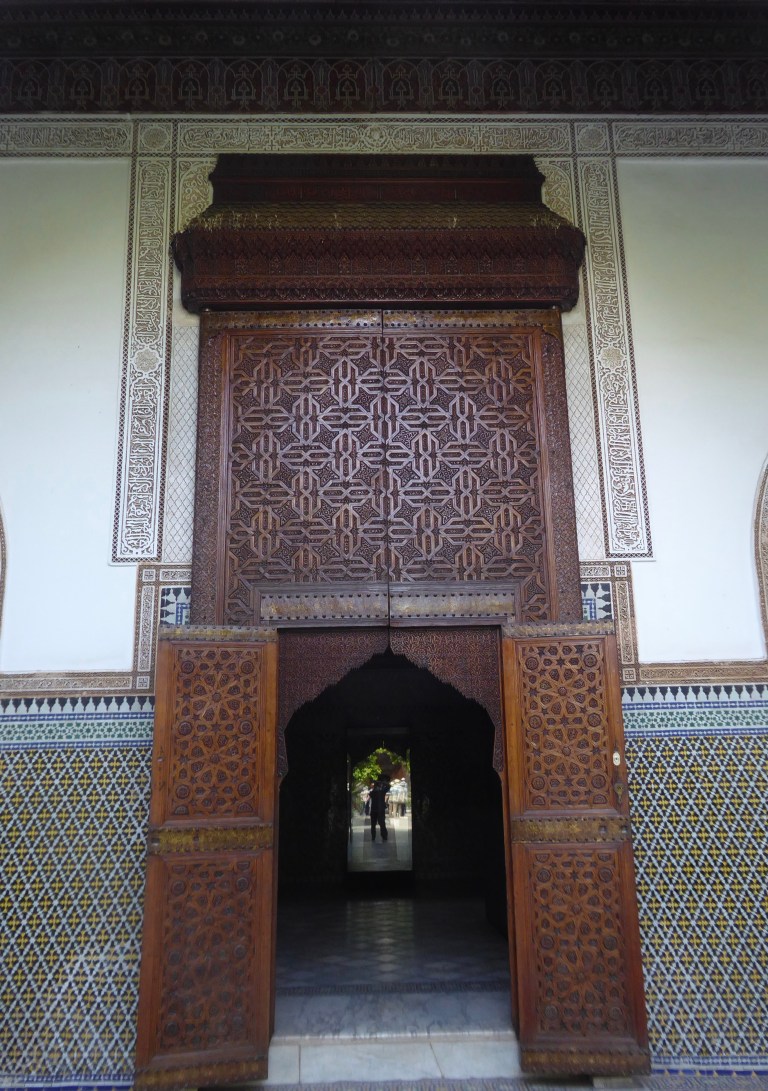 Minaret of local mosque south of the main square:

12 thoughts on “Posting is light again”