It’s the end of the week already, and PCC(E) is busy lecturing on his cruise ship somewhere in the East Atlantic, so we are still on starvation rations here.

In Dobrzyn, Hili is doing that watching thing that cats do:

A: What are you looking at?
Hili: At the development of the situation.
Ja: Na co patrzysz?
Hili: Na rozwój wydarzeń. 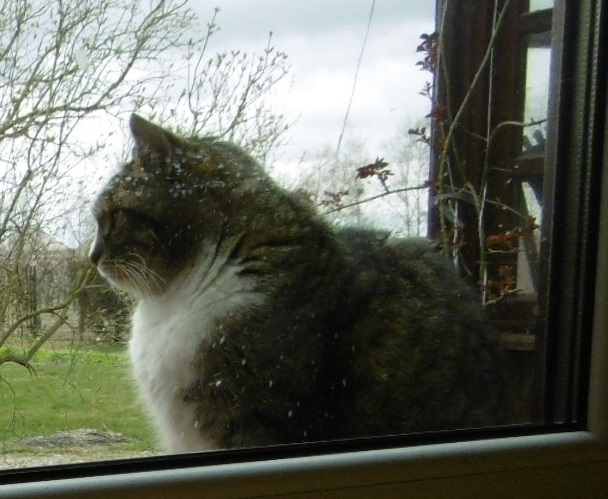 He was deported to #Auschwitz on 11 August 1944 and murdered in a gas chamber. pic.twitter.com/SE7NcYQxLV