Good morning to all from Arrecife, Lanzarote Island, in the Canaries.  Here’s today’s Hili dialogue:

Hili: I’m trying to look good.
Paulina: Everybody does it.
(Photo: Paulina R.) 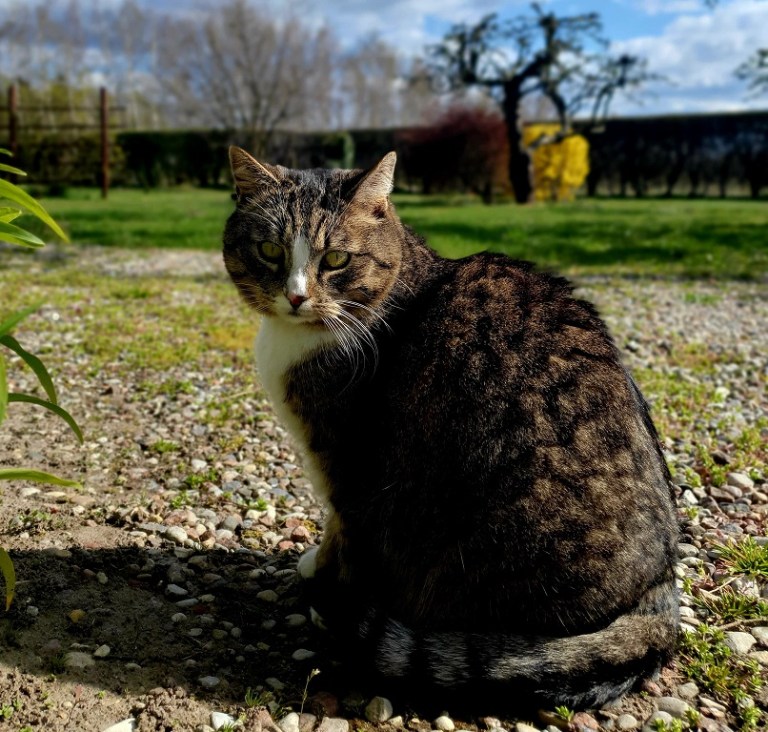 Matthew said to include this tweet from the Auschwitz site:

In #Theresienstadt Ghetto from 20 November 1942.
On 15 December 1943 she was deported to #Auschwitz with her elder brother Pavel. They both did not survive. pic.twitter.com/WrKnhtG7Xt

View out my cabin as we docked at Las Palmas yesterday: 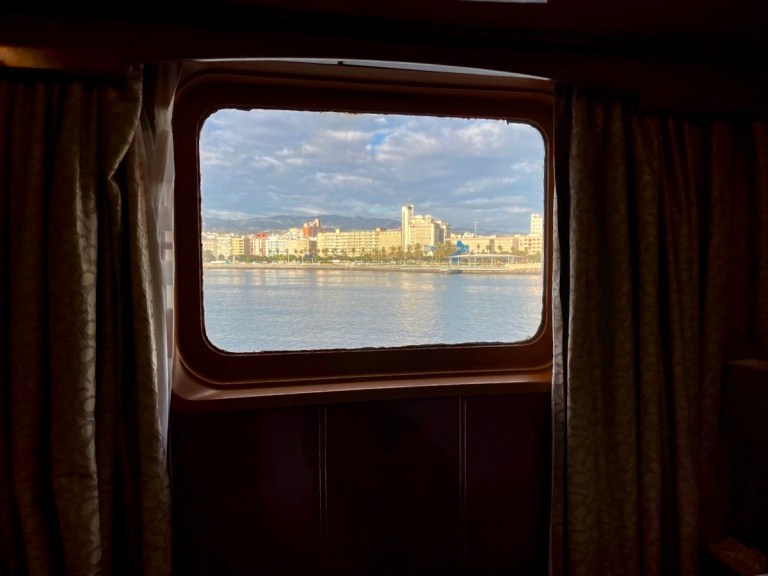 Yesterday’s lunch venue in a theatre in Las Palmas: 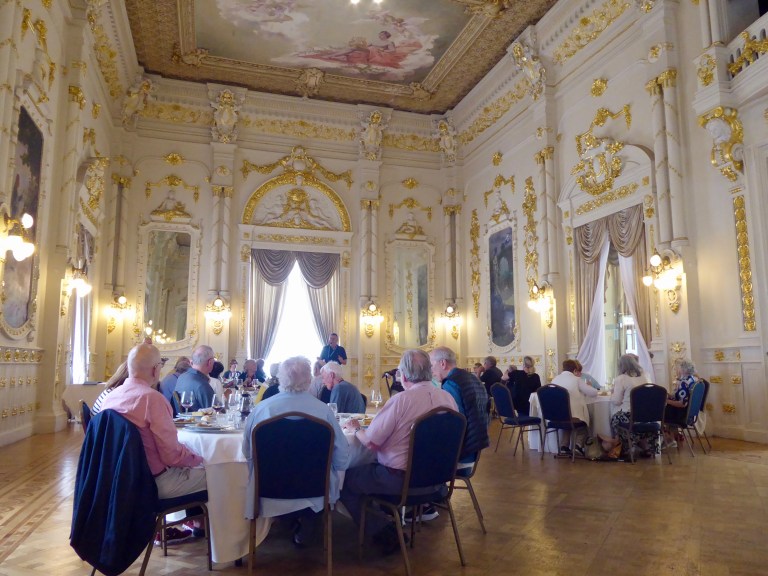 The venue was lovely, the food okay but not spectacular. 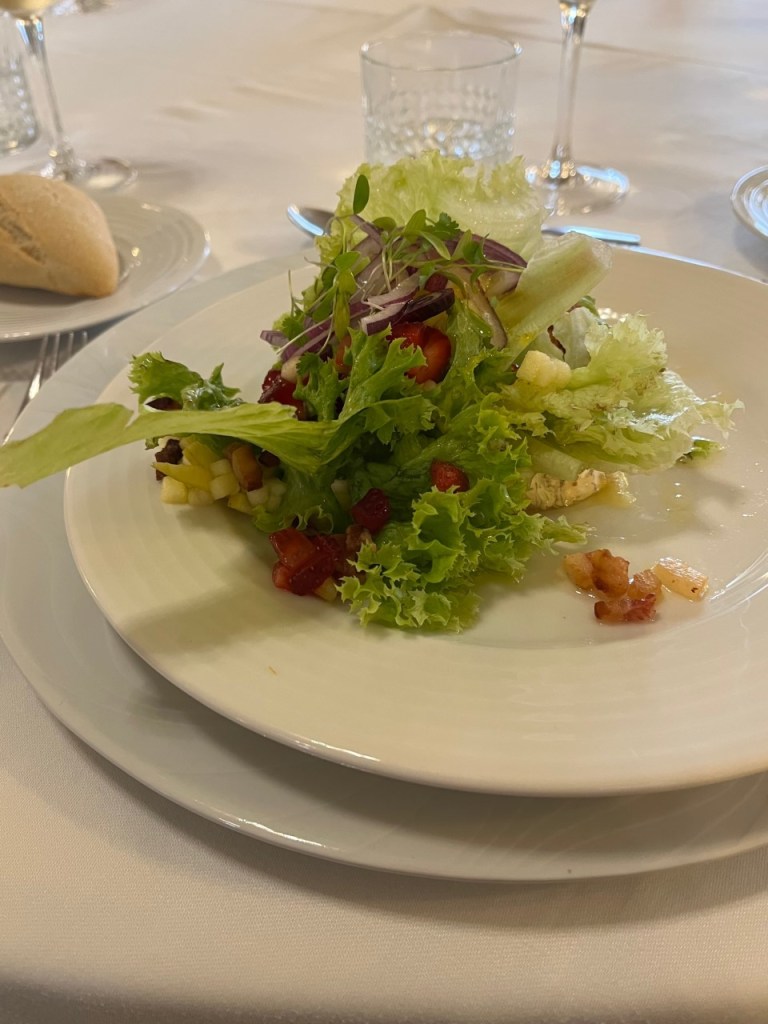 Main course: Pork (a bit dry) but with a delicious potato cake. They do great things with potatoes in these islands, 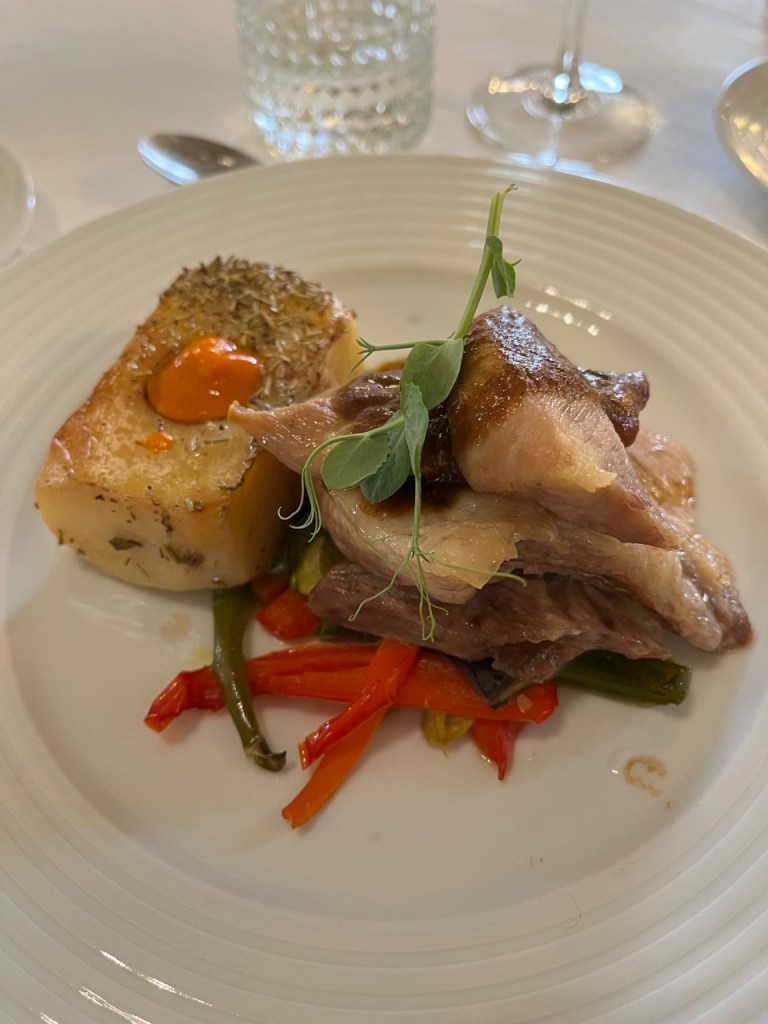 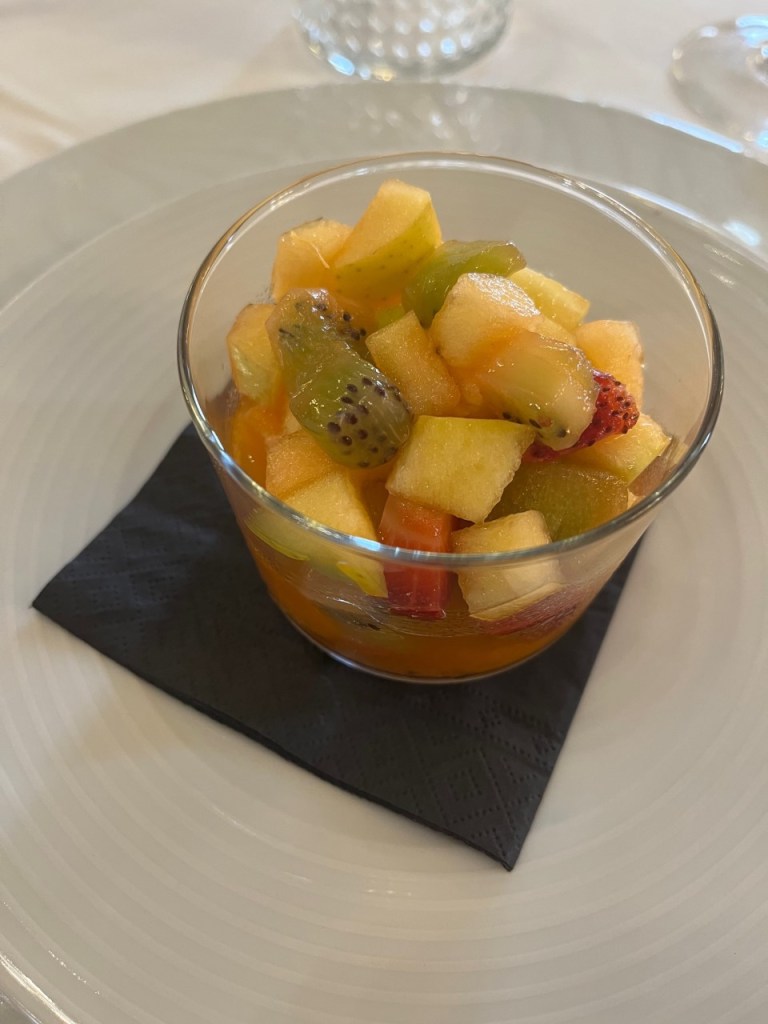 As the lecturer of the small University of Chicago group, I had to host a table last night onboard, which was hard as I’m a bit introverted. But it went well, though the paella was lame. 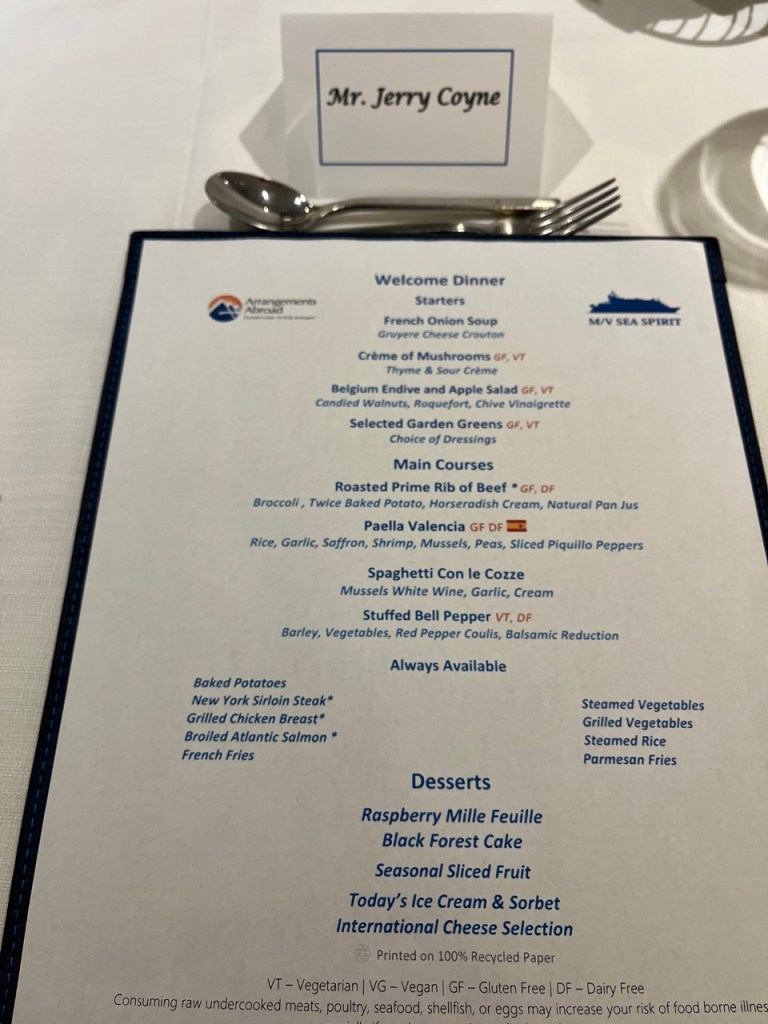 The French onion soup, which was ok but with a dearth of onions and cheese: 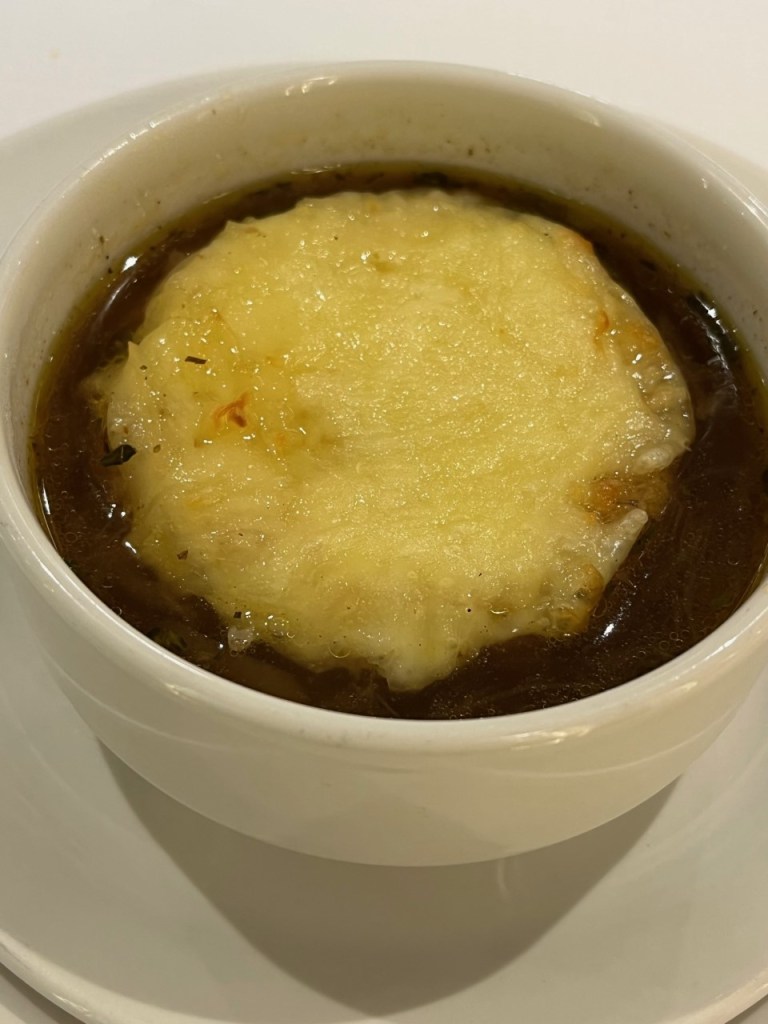 Most people had the paella, which was recommended by the waiter, but it was not good. I didn’t get any shrimp, the rice was dry, and there was a general lack of flavor. And this is SPAIN!

The fancy chef came out and was quite concerned that we returned most plates virtually untouched, and he canvassed the entire table for why we didn’t like the paella. He said he wanted to improve the cooking, which was admirable. He was a tall Indian fellow, and I’m wondering why we don’t see Indian food on this trip.

Do you see any shrimp here? Other people got several; I got NONE. I shoulda had the prime rib. 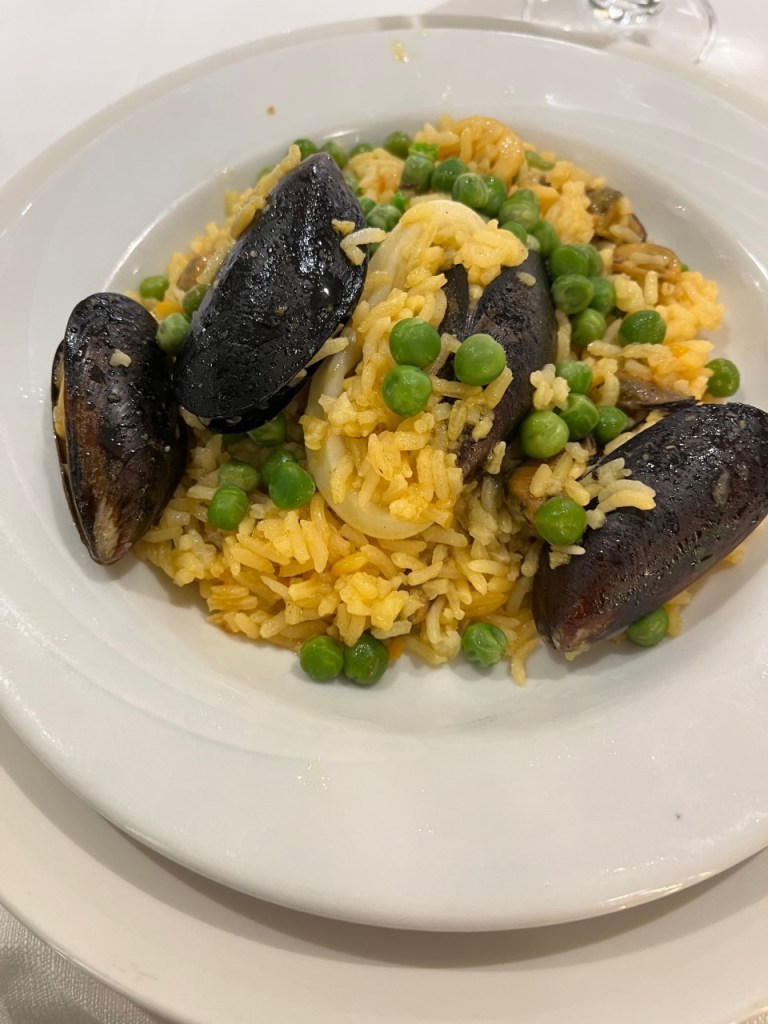 Dessert, however, was good: Black Forest cake. I am developing a theory that there is no such thing as a bad dessert. 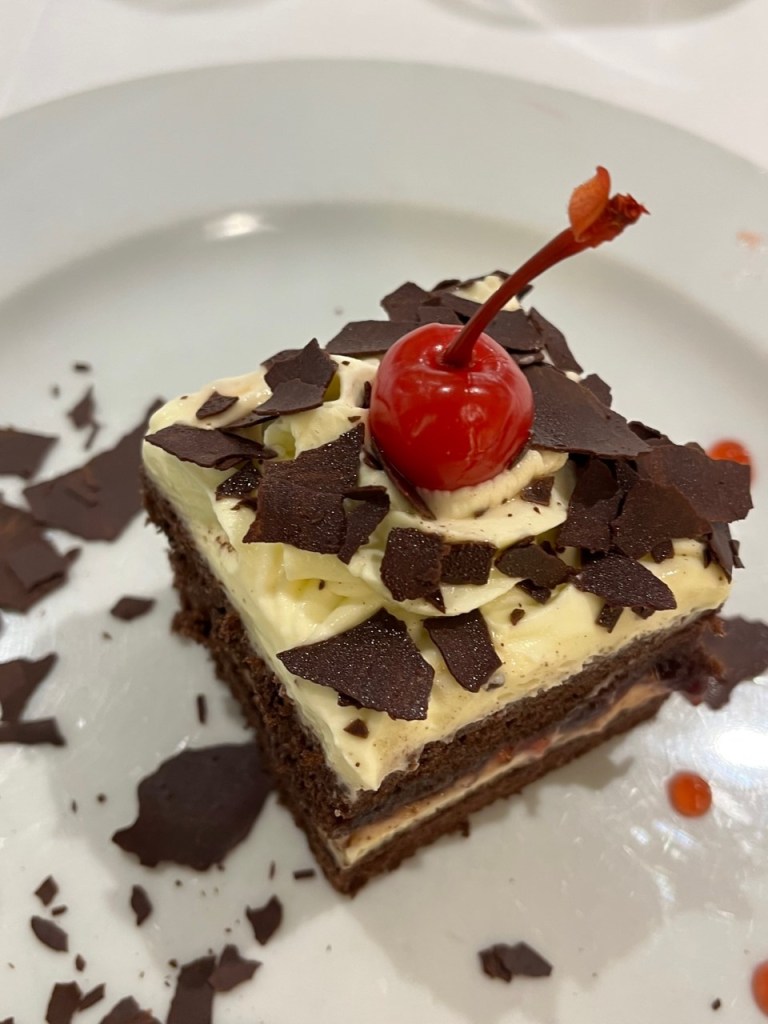 A new day dawns: out my cabin window at Arrecife. For the third day in a row we’ll have a beautiful and temperate sunny day (high 23º C, 73º F). I go to bed later here, and awake at 7 a.m.–unheard of for me:

We will spend most of the day touring the Timanfaya Volcanic Park, a UNESCO Biosphere Reserve. 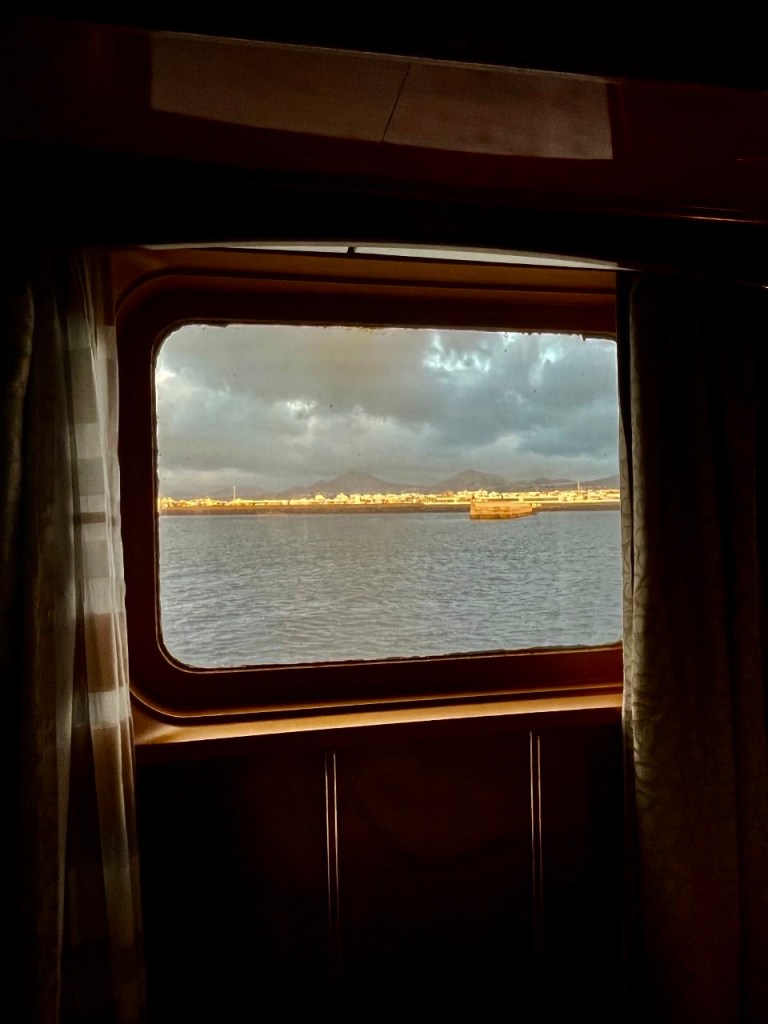