It was a long day sightseeing in Tenerife, and I have many pictures from today, much less the pictures from the Botanical Garden yesterday. But I’m exhausted and we have just boarded after crossing the island to the port city of Santa Cruz (indicated in red): 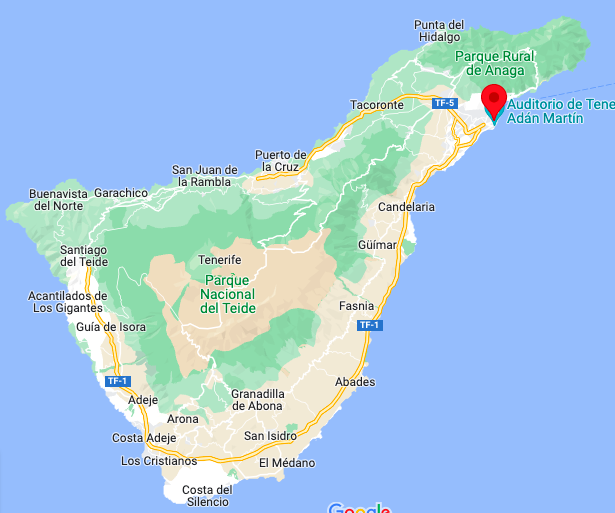 My cabin. A lovely old-style one with a sea view. 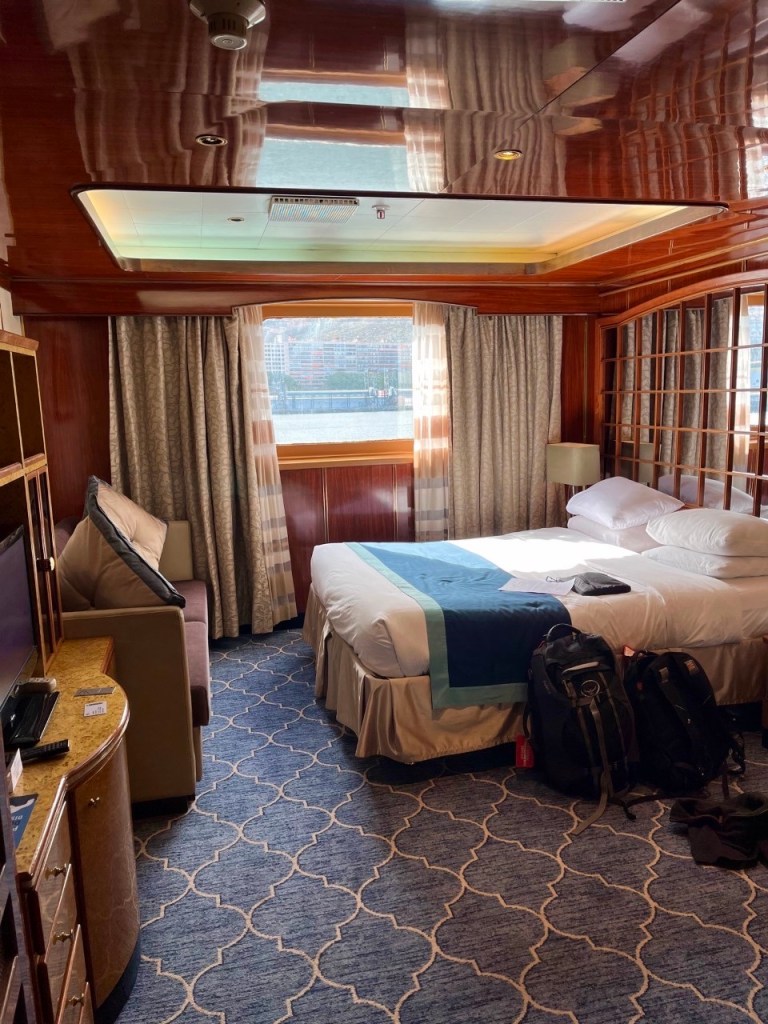 Le bain. No bidet, but all requisites for la toilette. 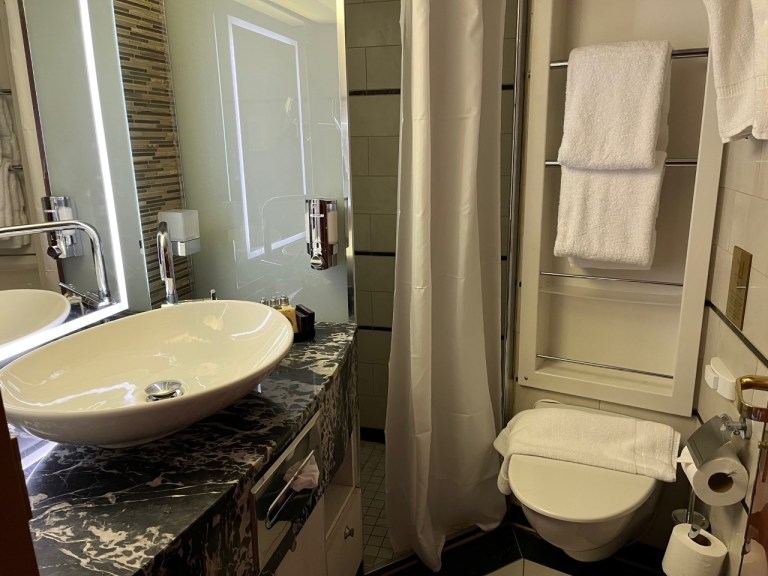 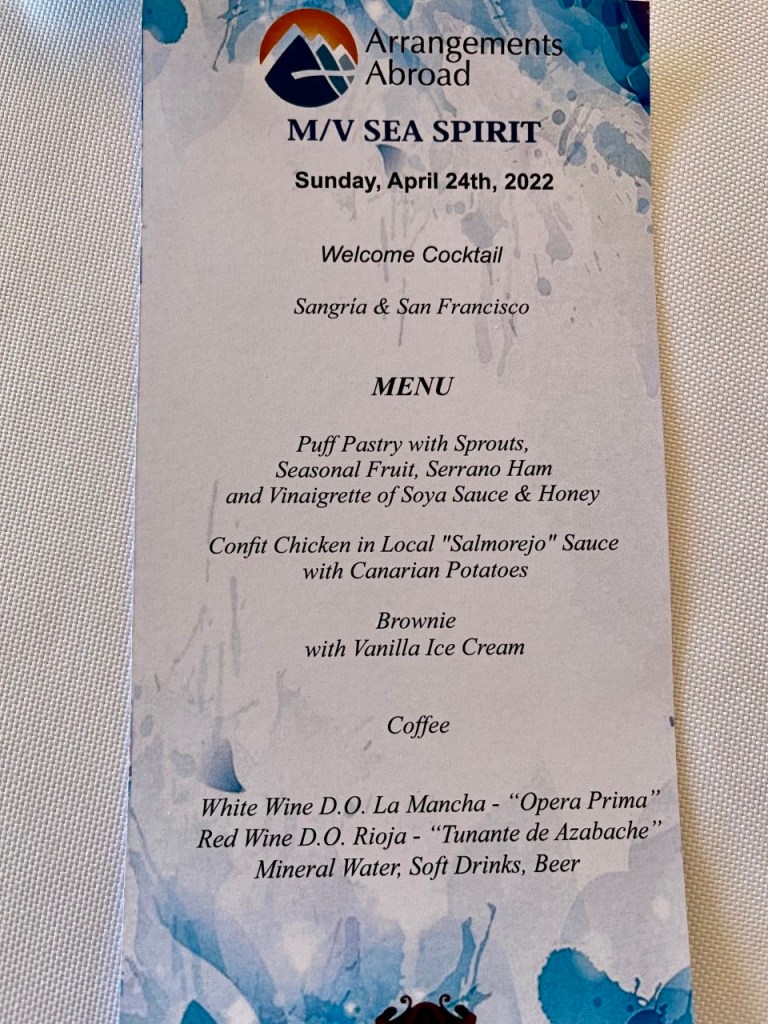 The appetizer was okay, but the “seasonal fruits” were not a good idea. 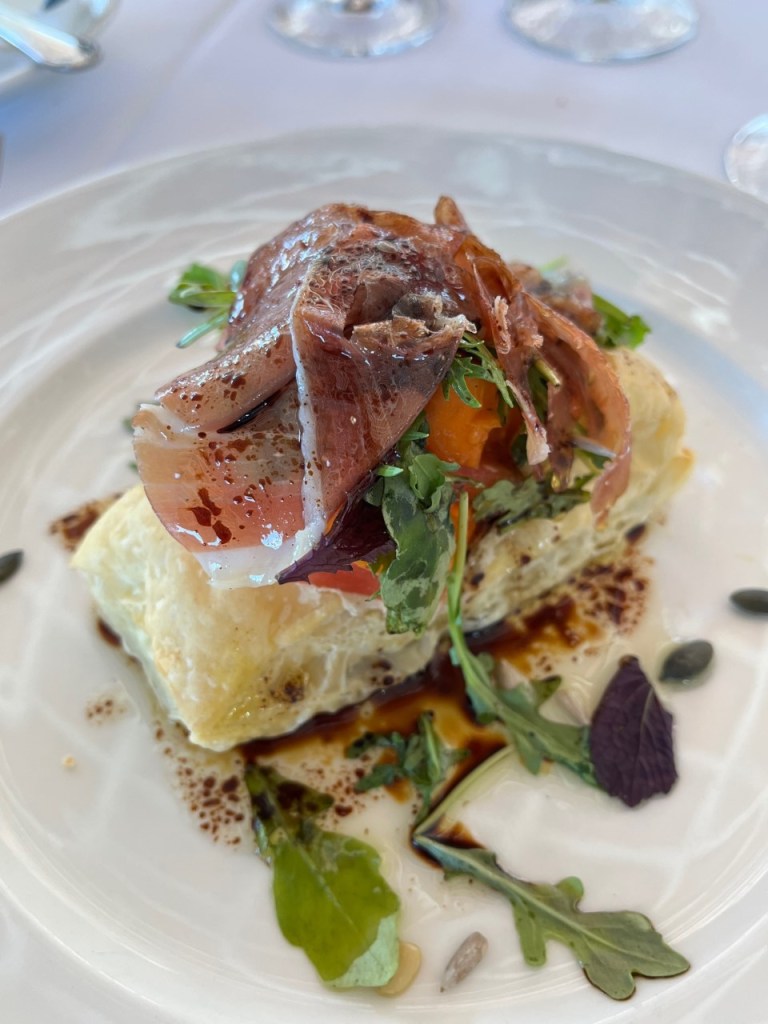 Main course: Very good. Salmorejo sauce apears to be an Andalusian tomato-based sauce, but with many variations (here’s a simple version). 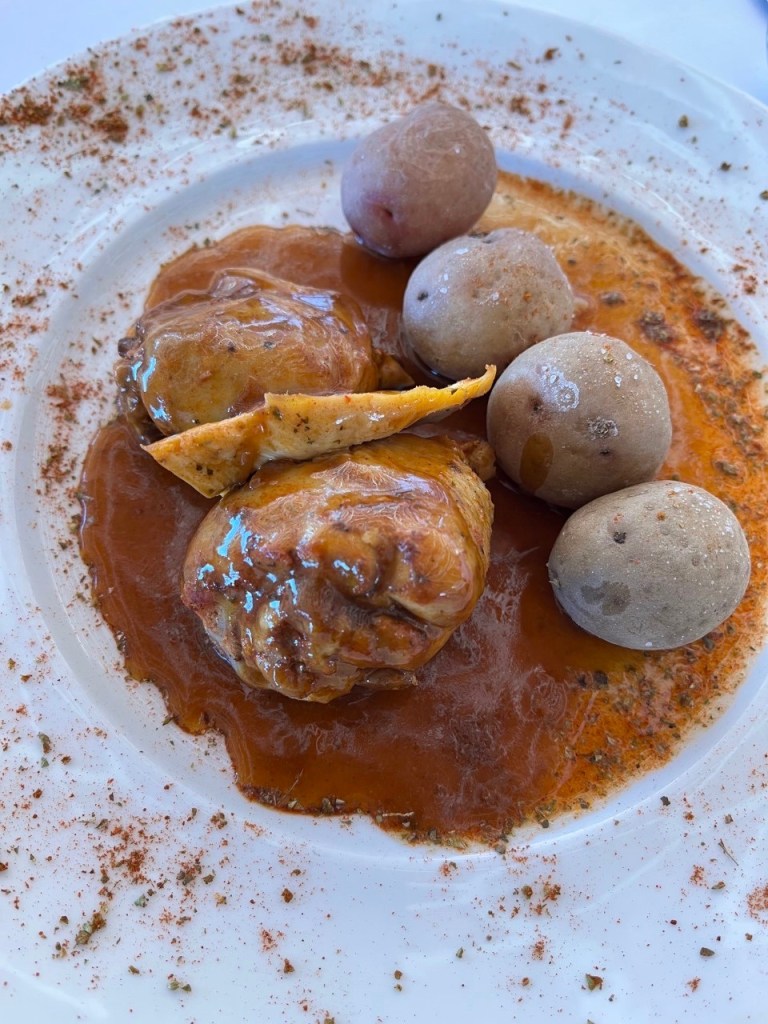 Dessert. It was good; there are not a million possible variations of a brownie and vanilla ice cream, and all of them were good. The one was, too.

With the meal we had a Spanish white (a verdejo), and a temperanillo, one of the grapes of Rioja. 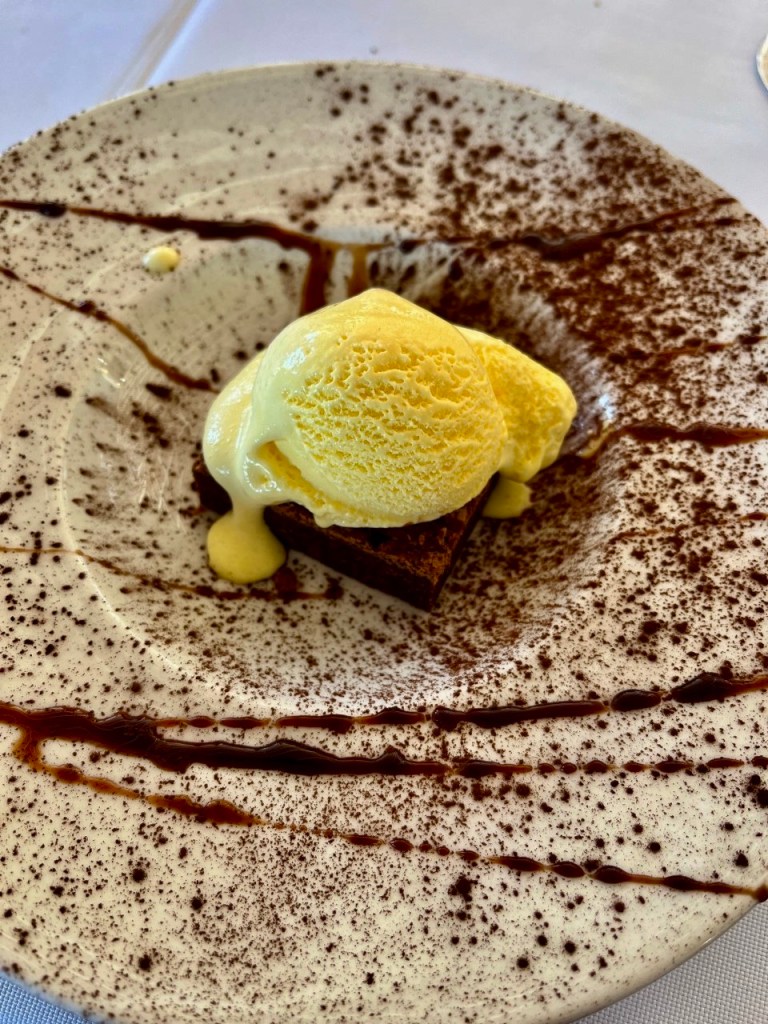 16 thoughts on “I have landed again!”