I’m writing this from O’Hare airport for posting tomorrow, just to ensure that the Caturday felids don’t skip a week.

The first item comes from the BBC (click on screenshot below), and recounts a short but heartening tail of a rescued stowaway cat. (No photo credits were given.)

So here’s all the news fit to print:

A stowaway cat who was flown ashore from a North Sea platform has been reunited with his owner – five years after going missing.

The one-eyed cat was discovered on Thursday inside a shipping container that had been shipped from Peterhead.

It emerged he had previously been a regular visitor to HMP Grampian, where prison staff fed him and nicknamed him “one-eyed Joe”.

The publicity has now led to the wanderer being identified as Dexter.

The crew of the offshore platform fed their unexpected visitor on chicken from the canteen and called in the Scottish SPCA. 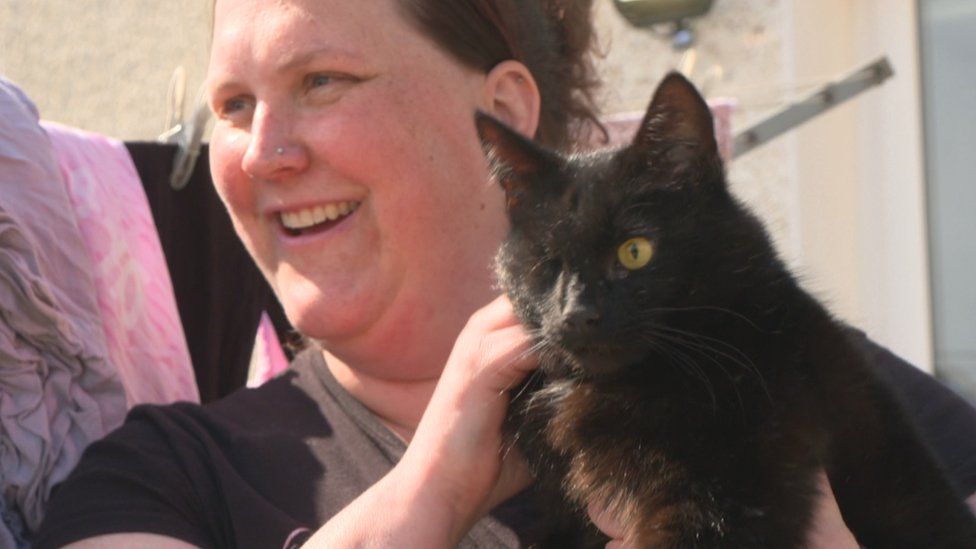 On Friday morning he was flown by helicopter into Aberdeen and handed over to the charity.

Animal rescue officer Aimee Findlay, who collected the cat, said: “We’ve no idea how the cat ended up there.

“After checking him for a microchip it turns out his real name is Dexter and he has been missing for five years.”

She added: “We are so glad that he was well looked after for the time he was missing, but were even more delighted to be able to reunite him with his original owner thanks to his microchip being up to date.”

Delighted owner Bridie Dorta told BBC Scotland she was “quite shocked” to have Dexter back.

“He’s always been a wanderer,” she said. “He went away a few years ago and we never heard anything about him since.

“We never expected him to end up back here.”

What I want to know is how a cat can wander into and out of prison at will. And imagine what it could be used to smuggle!  How did he lose his eye?

Well, I don’t know, but he’s home and got chicken. Another photo: 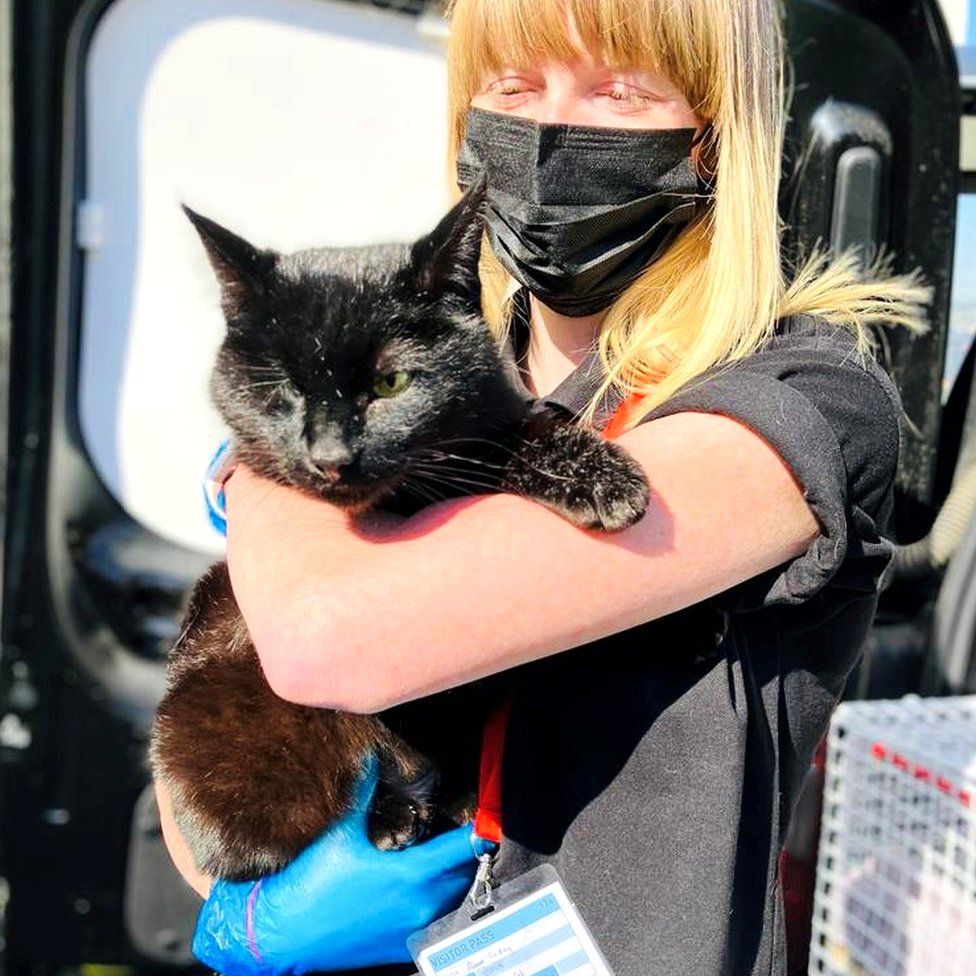 [Bridie] hopes to be able to keep Dexter in touch with his fans at the prison.

Does that mean the cat will be smuggling in files, cellphone, or even drugs? Has Bridie thought of what might happen to the cat if he associates with the incarcerated. I still think that has something to do with his missing eye.

This 3-minute Facebook video shows the skinniest feral cat that reader Malcolm or I had ever seen—indeed, I didn’t think such a skeletal frame was compatible with life! Look at this waif: the feline equivalent of Oliver Twist. It comes from the Dodo, though, so you know that in the end everything will be right. He weighed 1.8 kilos when he turned up, but look at him now! Be sure to put the sound up, though there are subtitles too.

I had totally forgotten about the world’s most famous cat—Maru, of course—until I saw this video “suggested” for me on YouTube. Apparently, since I last checked in, after Marus owner adopted another tabby named Hana, she’s gotten yet ANOTHER cat, which is mostly white .

The translation of this video, the “Beer Box Challenge”:

Beer Box Challenge 2. If Maru goes through the beer boxes first, he doesn’t jump over to the end.

Maru can’t even make it over level one He’s a lazy cat, but we also know that he loves going through boxes (in fact, he drags the whole apparatus with him). As I remember him saying a while back, “When I see a box, I cannot help but enter.” And so he does, and that’s why we love him.