Today’s Jesus and Mo strip, called “setback,” came with the note, “It’s a tough one to spin.”  Once again the Crucifixion story comes up, and once again I’m still baffled by it. At least Jesus admits it’s a post facto confabulation, but the whole story, even after explanations from the readers here, doesn’t make sense to me. If God wanted to separated the sheep from the lambs, isn’t there an easier way to do it? How about looking into people’s hearts, which presumably He can do? 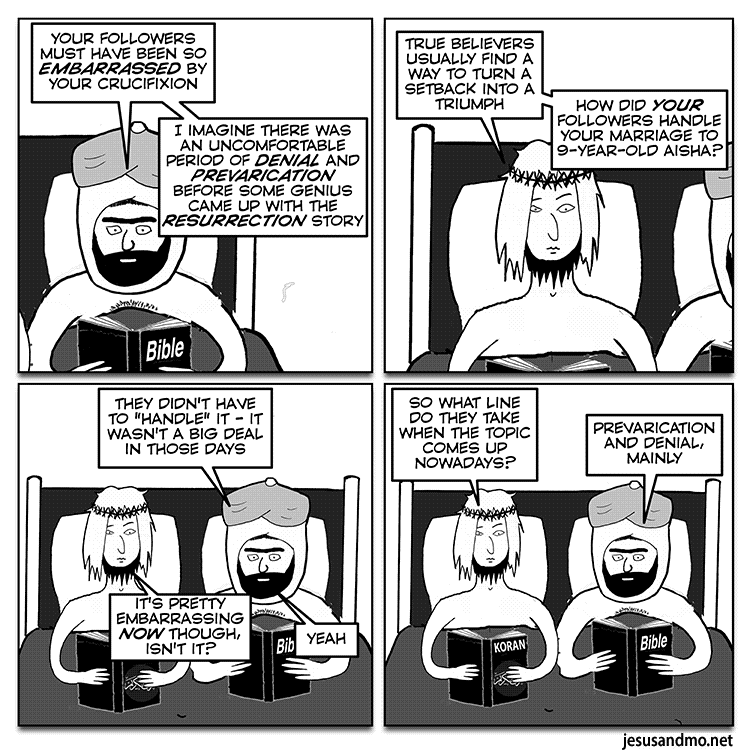