Today’s photos come from Susan Harrison, an ecologist at the University of California at Davis. Her notes are indented, and be sure to click on the photos to enlarge them.

The Pair a’ Ducks Paradox

Winter is normally a drab-plumaged time, with birds lacking the colors and behaviors that go with attracting the opposite sex.   Ducks are an exception!  The birds below were photographed in California and southern Oregon in November 2021 to early March 2022, well before their spring breeding season.   So why all the pretty plumage and paired-up behavior? 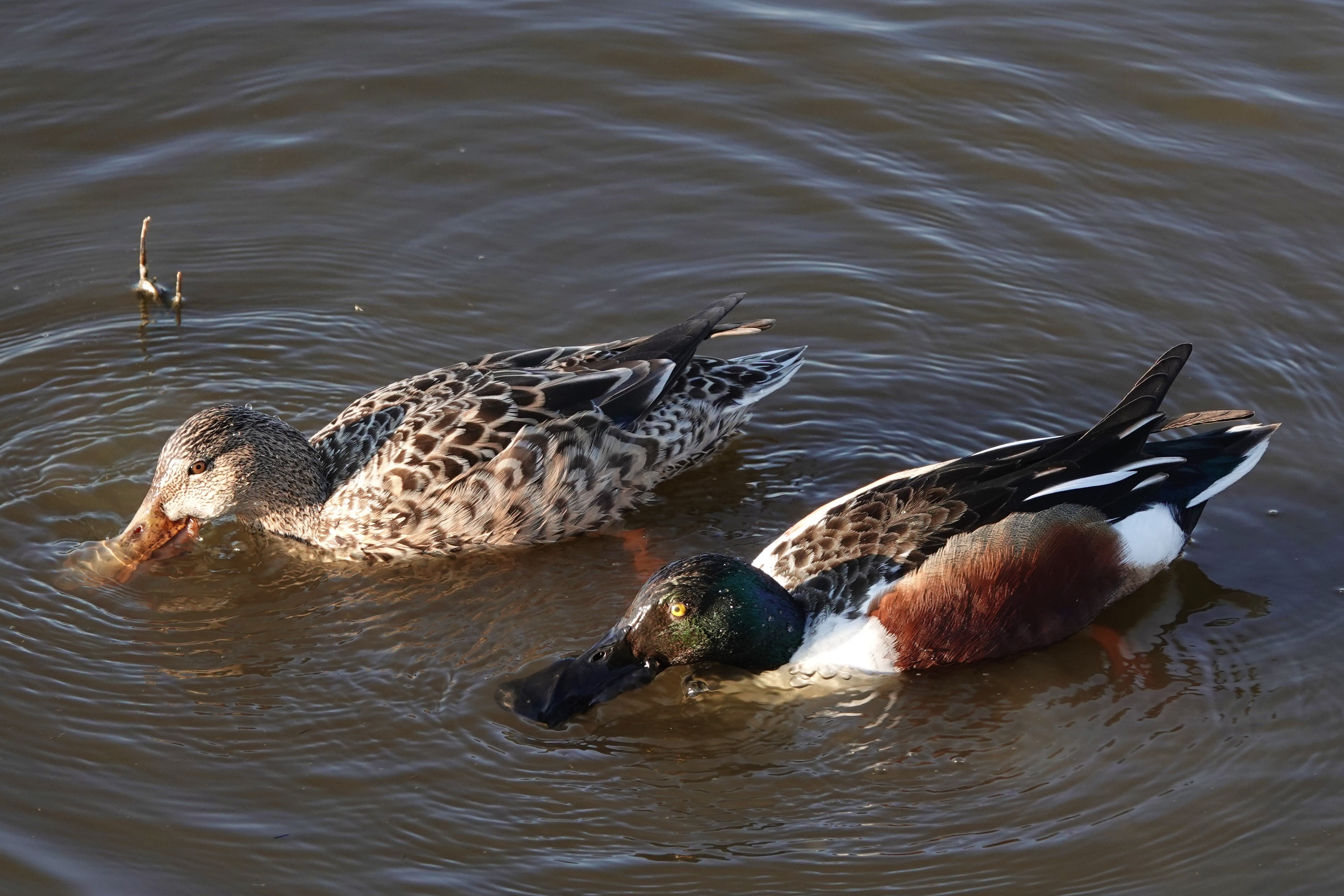 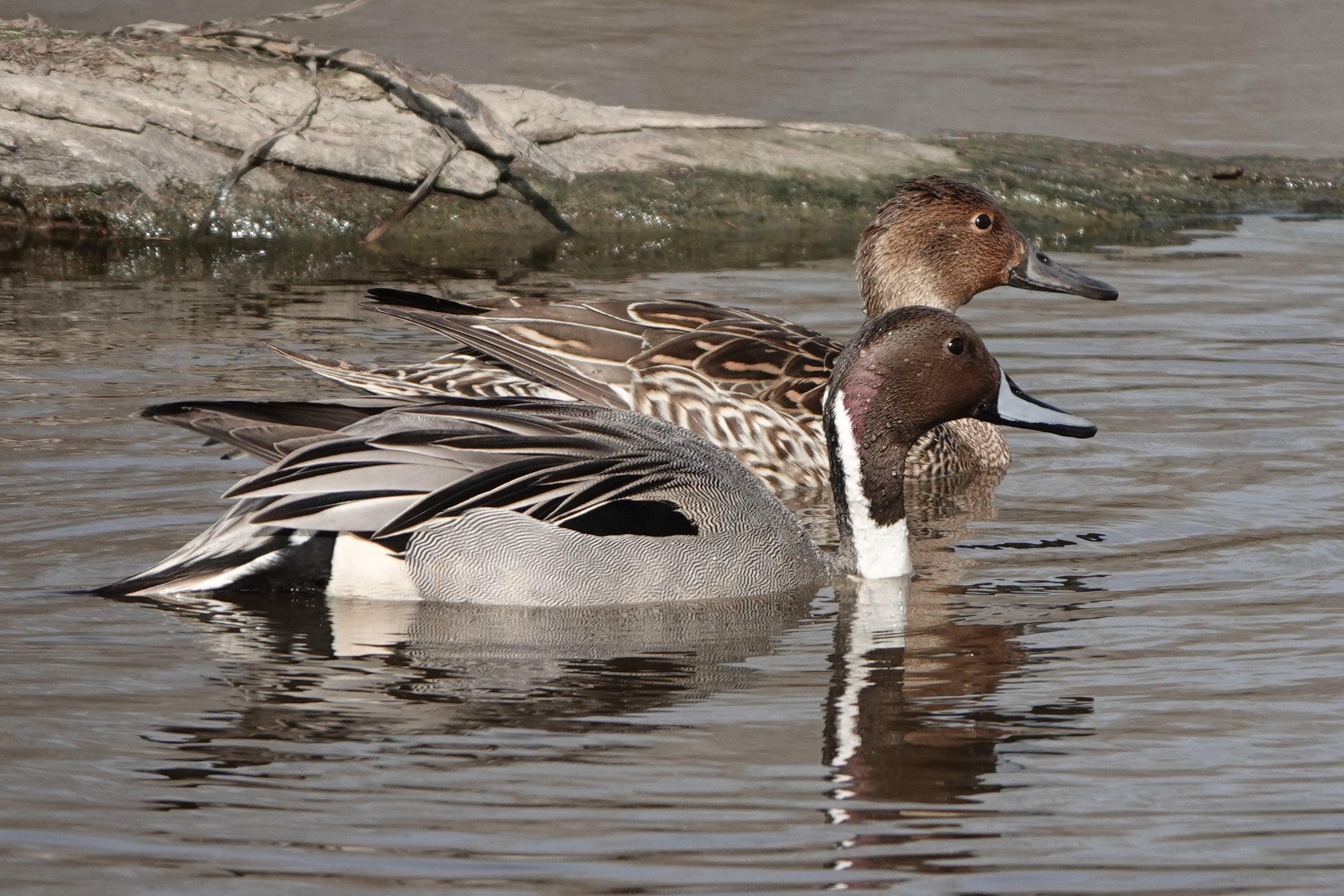 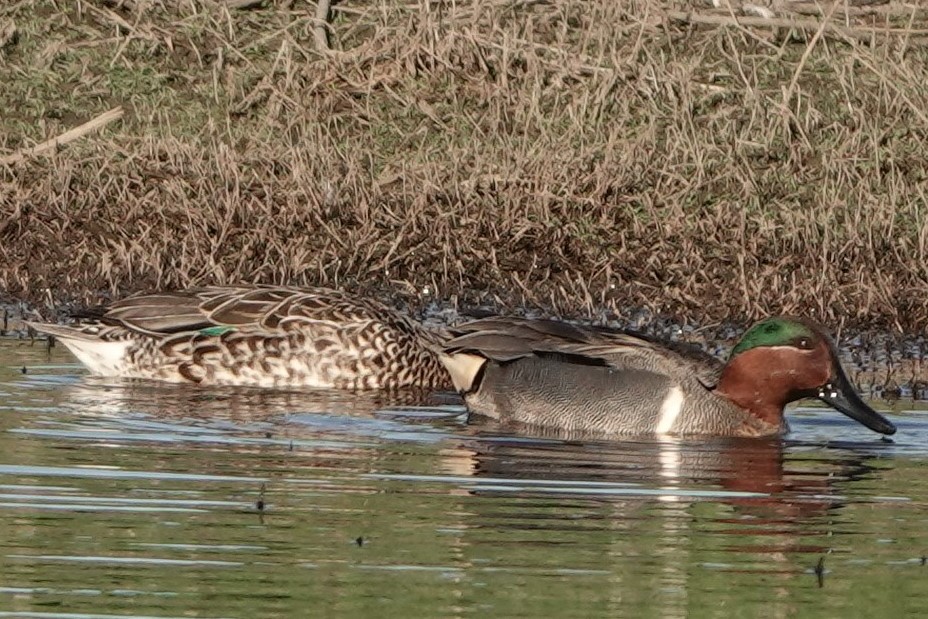 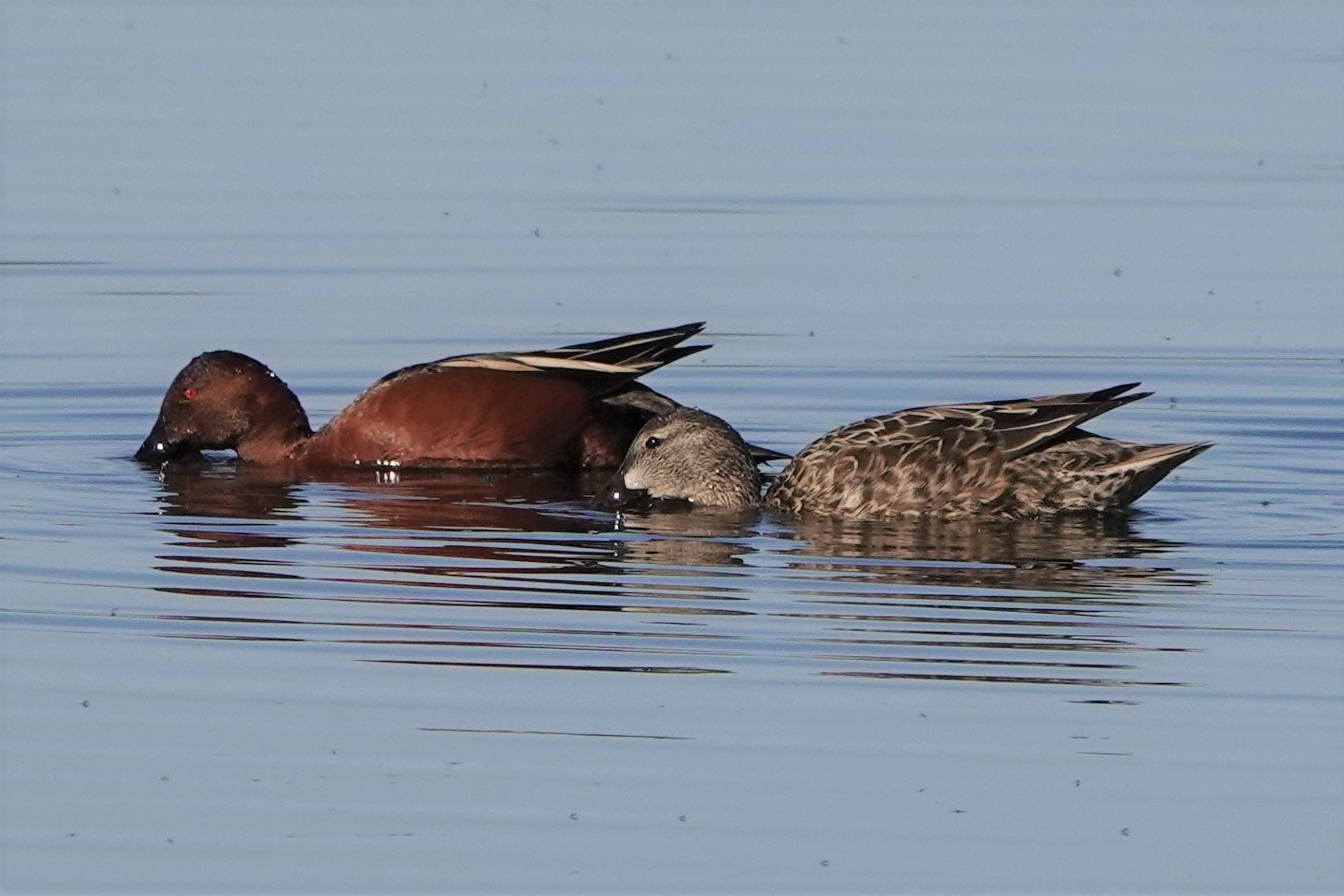 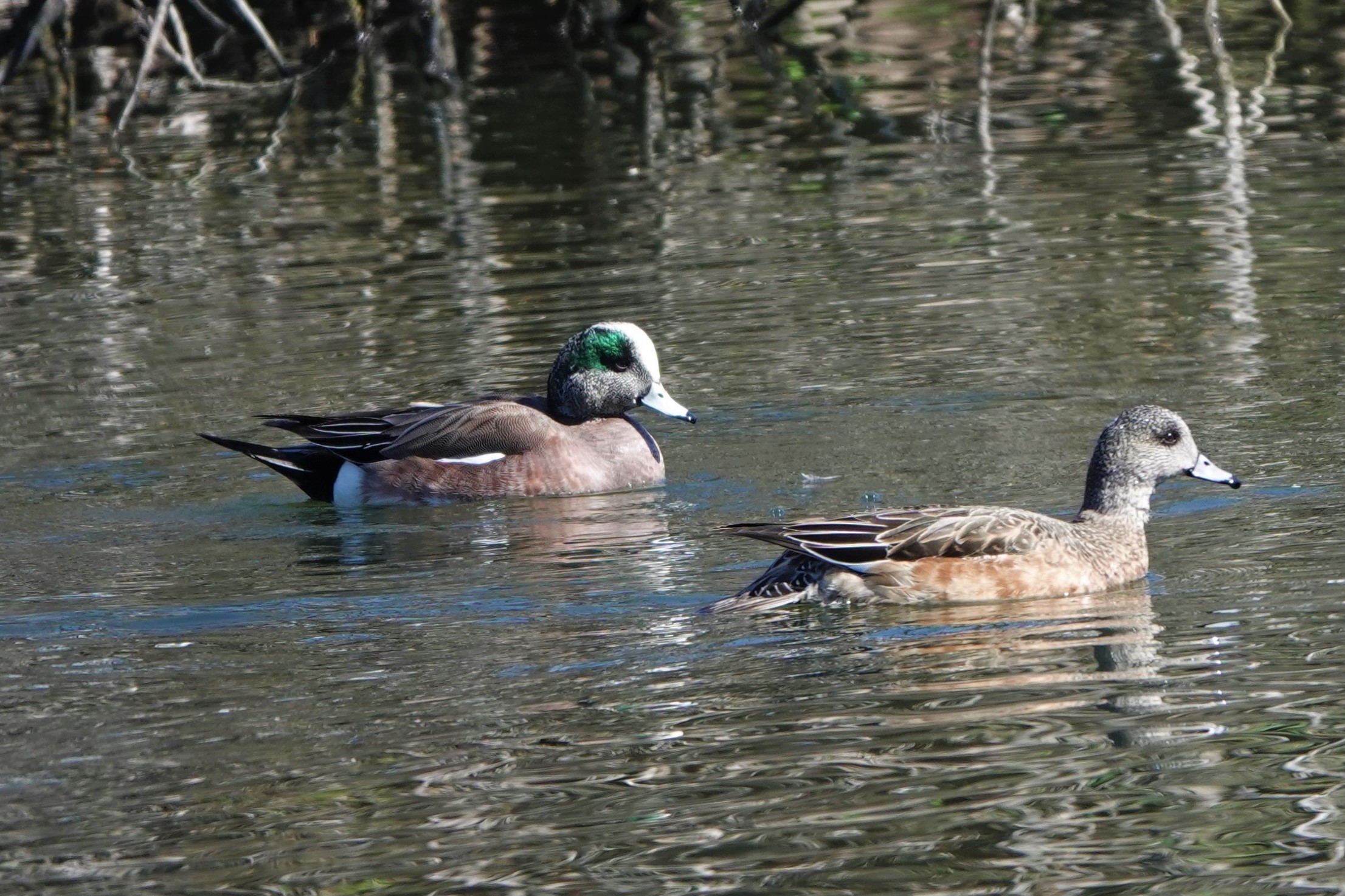 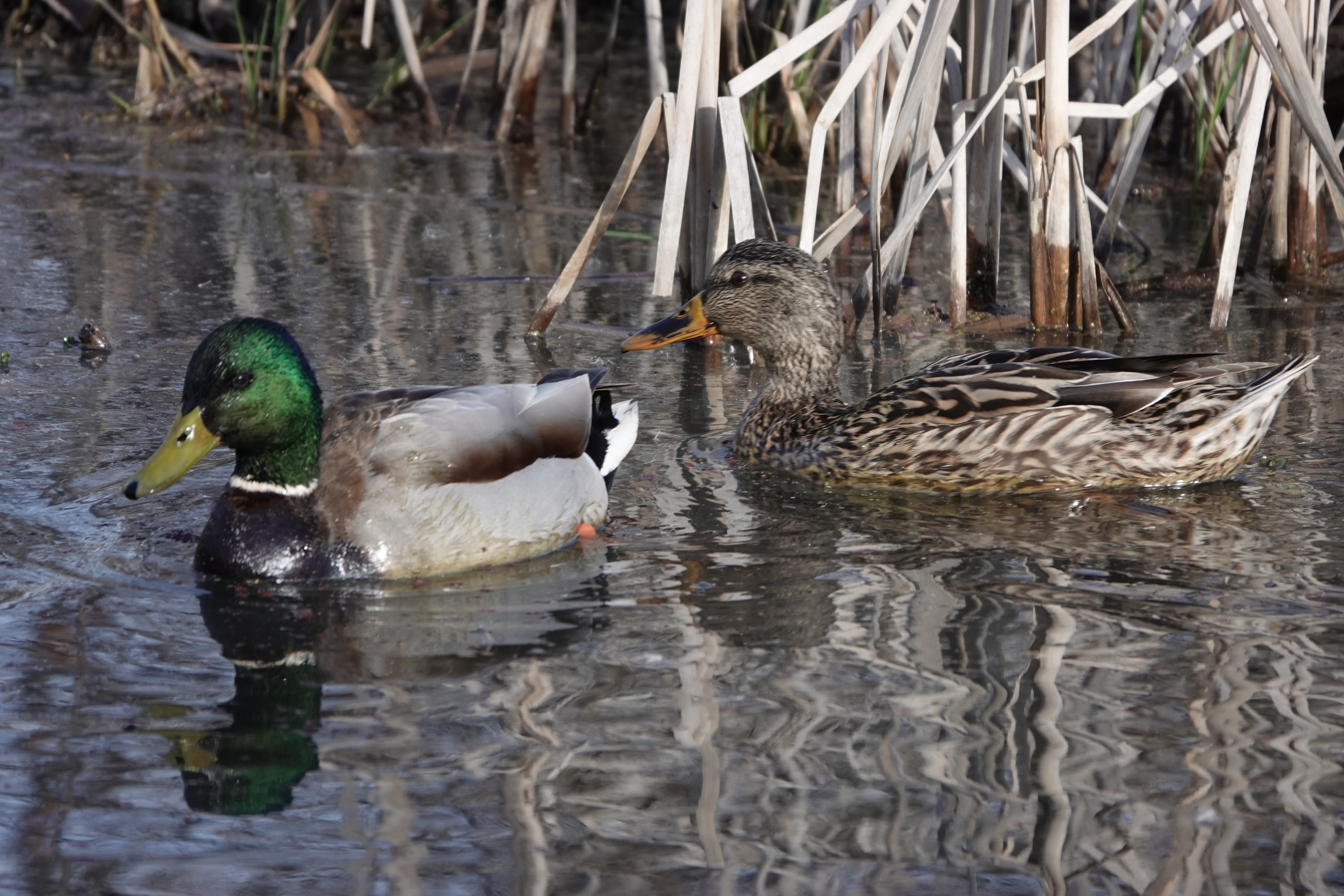 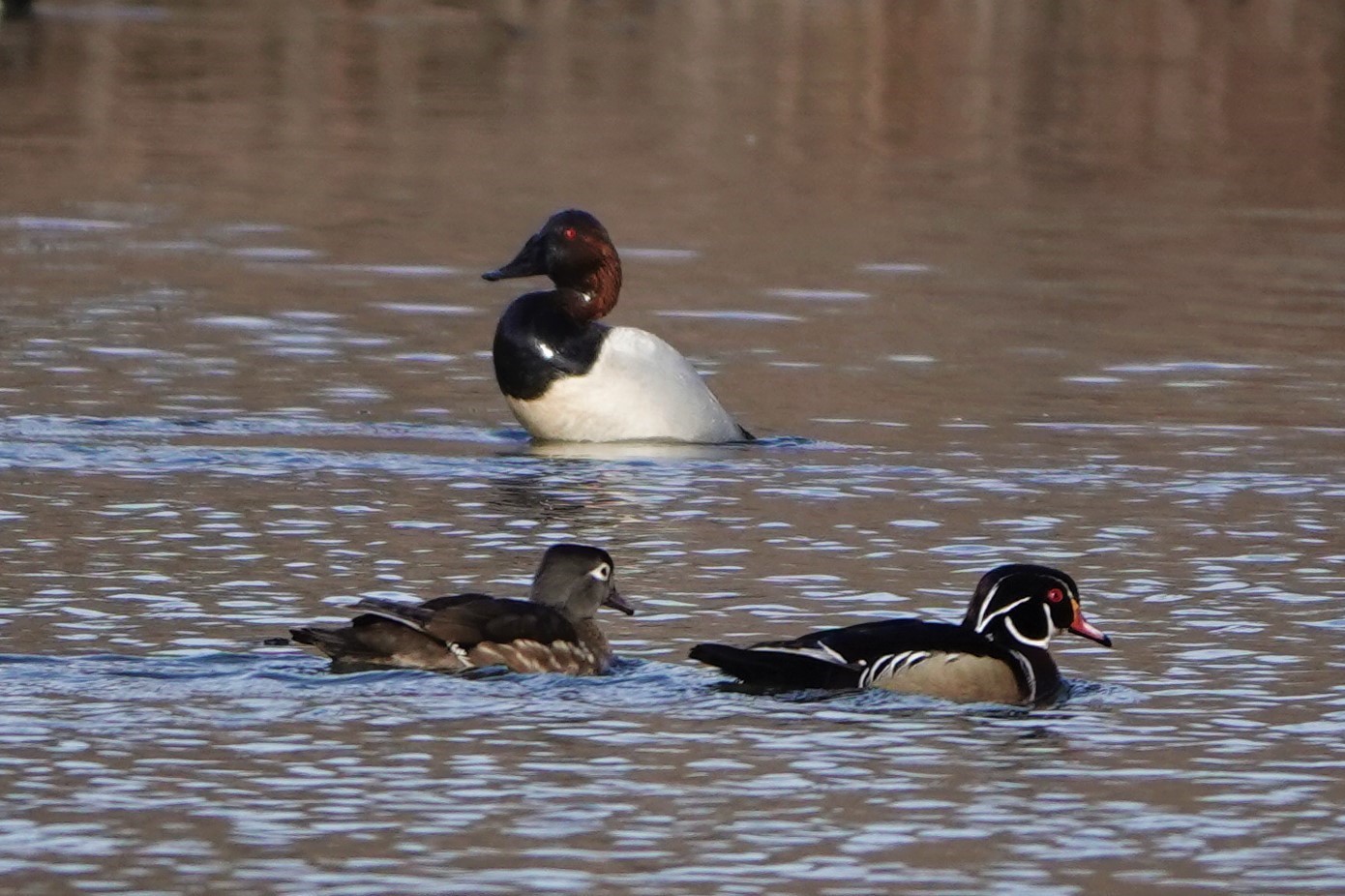 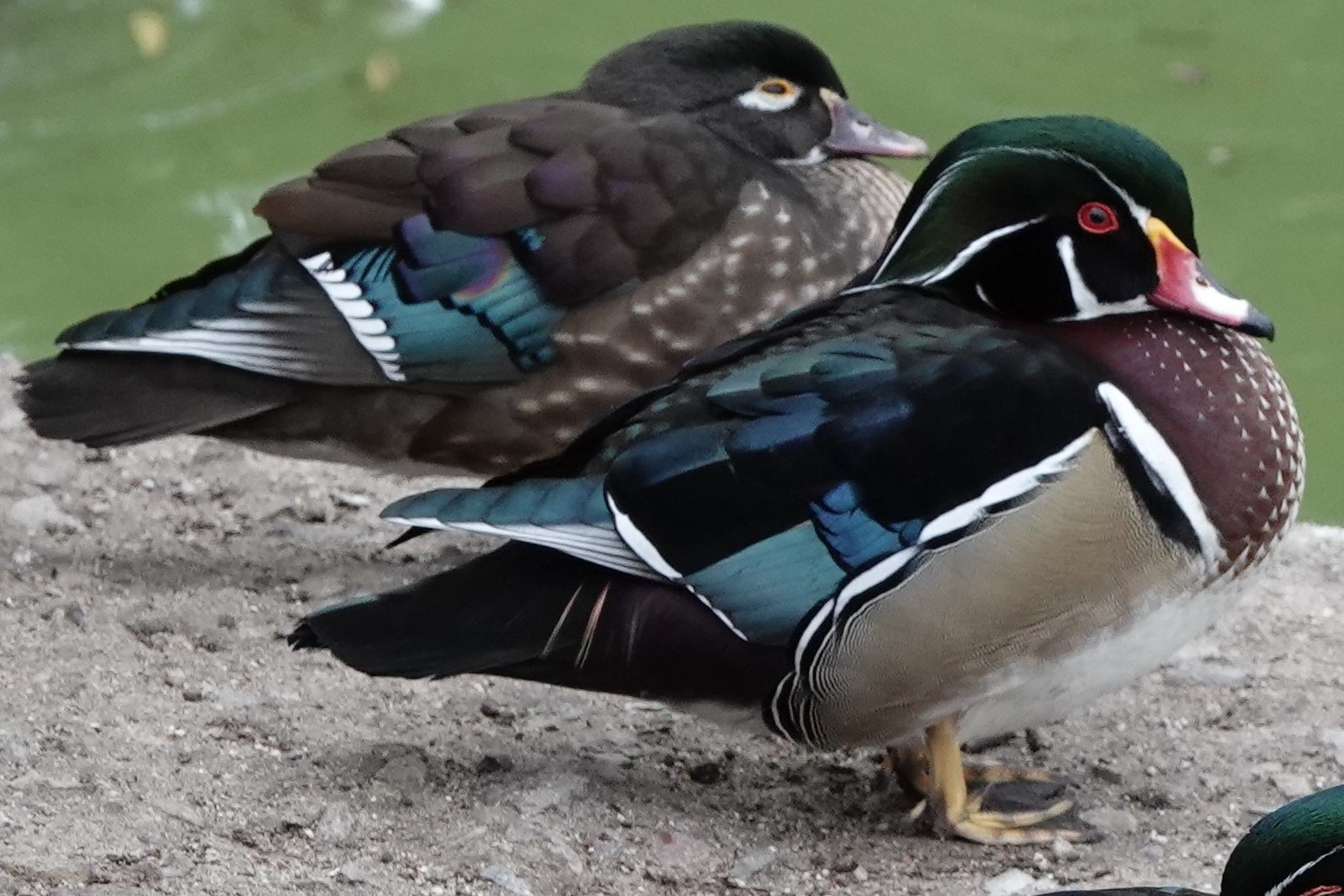 Like most ducks, these species choose a new mate each year.  Such seasonal monogamy is common in short-lived birds. Ducks are unusual, though, in courting and pairing up well before breeding and even before migration.  This is why we get to see happy couples and the drakes’ fine colors in winter.

My colleague John Eadie, a distinguished waterfowl biologist, says that early courtship likely stems from the unusually huge costs and risks of reproduction for female ducks, with their egg batches weighing 25-100% as much as the bird.  Females are in short supply, so males must start early and work hard to win a mate.  And once they choose a male, females benefit from a vigilant partner as they feed and bulk up. “Female choice rules the day, even more so than in other birds,” to quote John.

The above are dabbling ducks.   Diving ducks are also seasonally monogamous, but often spend the winter in mixed-sex and even mixed-species groups.  They do pair up before migrating, and breed later than the dabblers.   Below are some groups and pairs of diving ducks in winter. 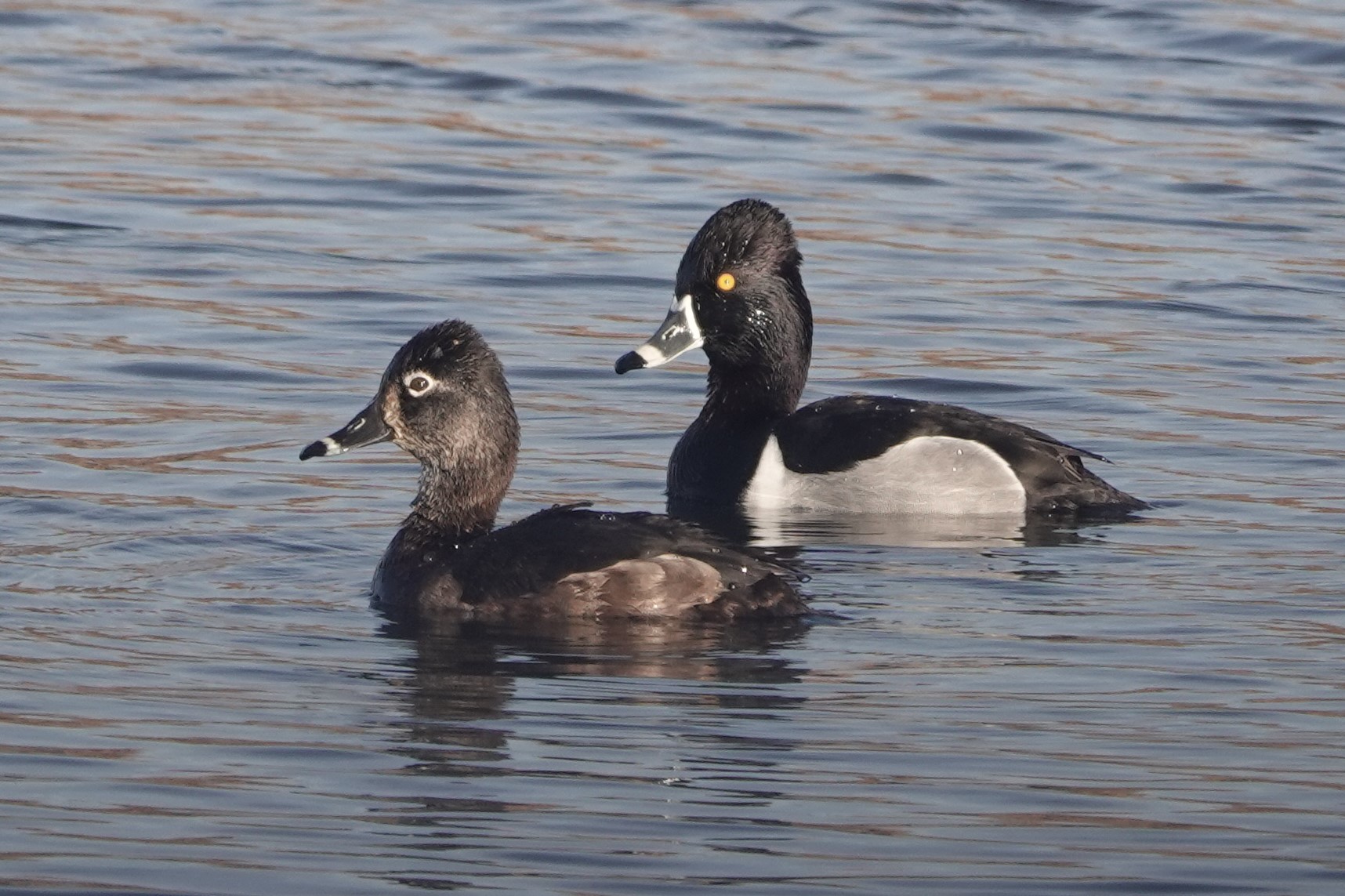 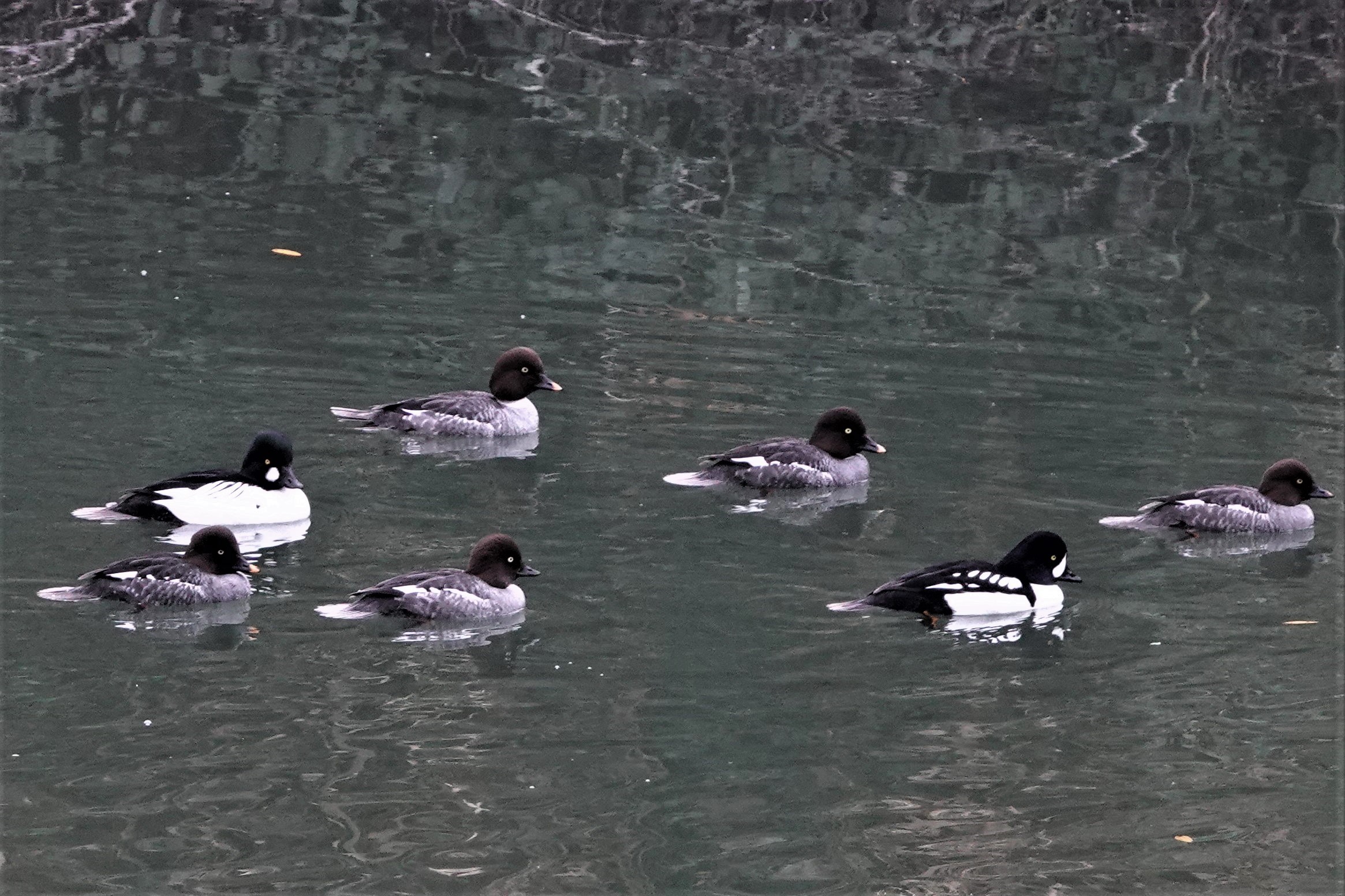 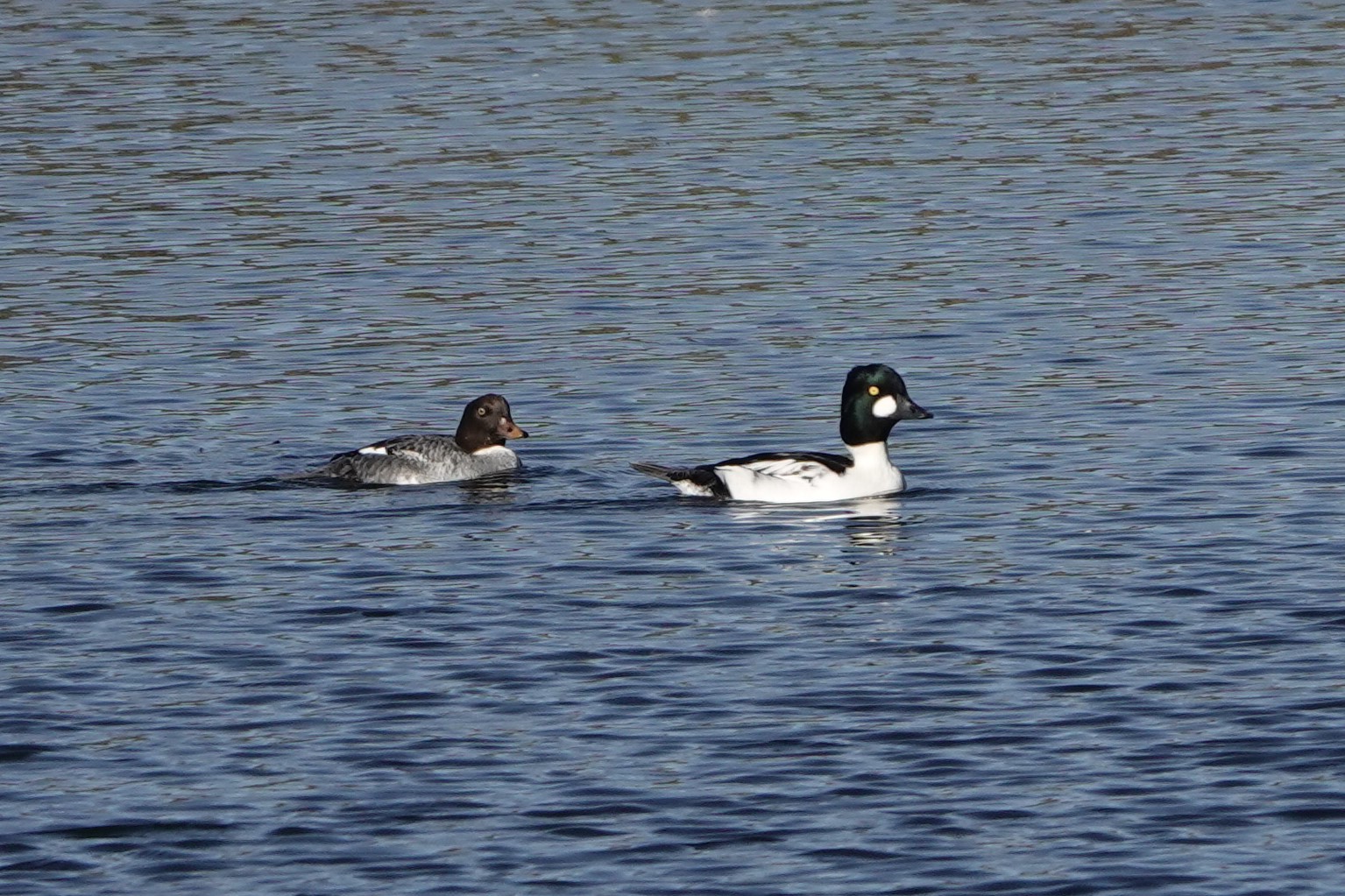 Hooded Merganser, Lophodytes cucullatus, with Bufflehead in the background: 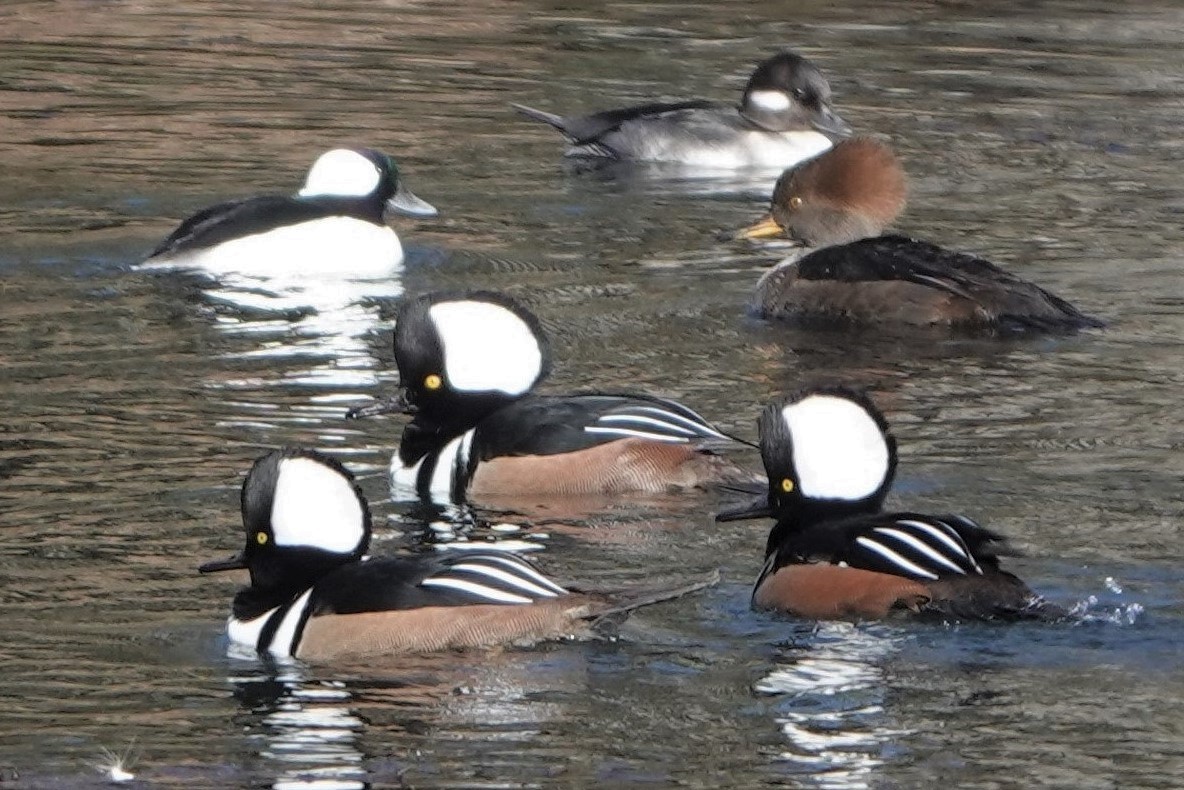 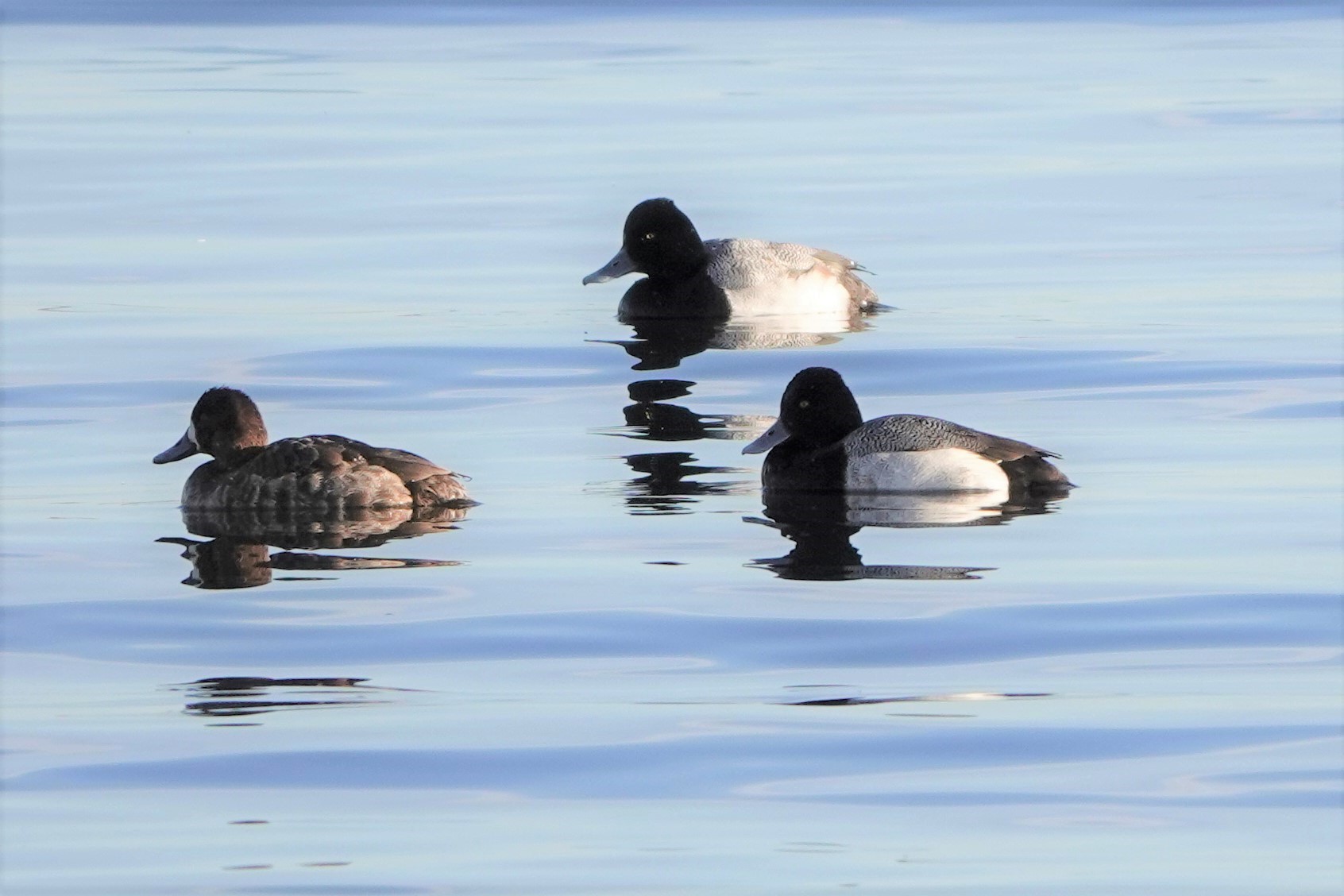 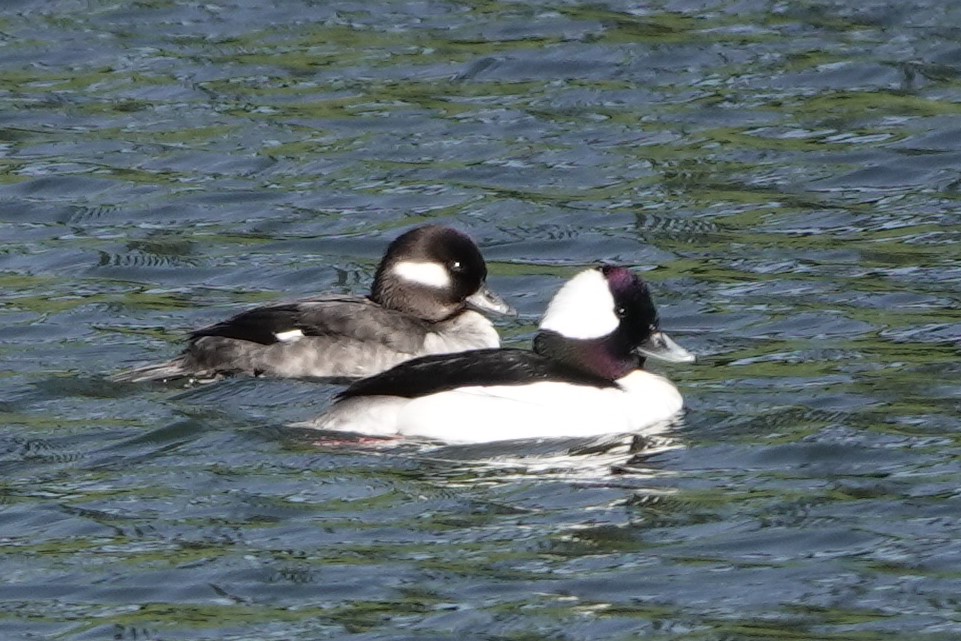 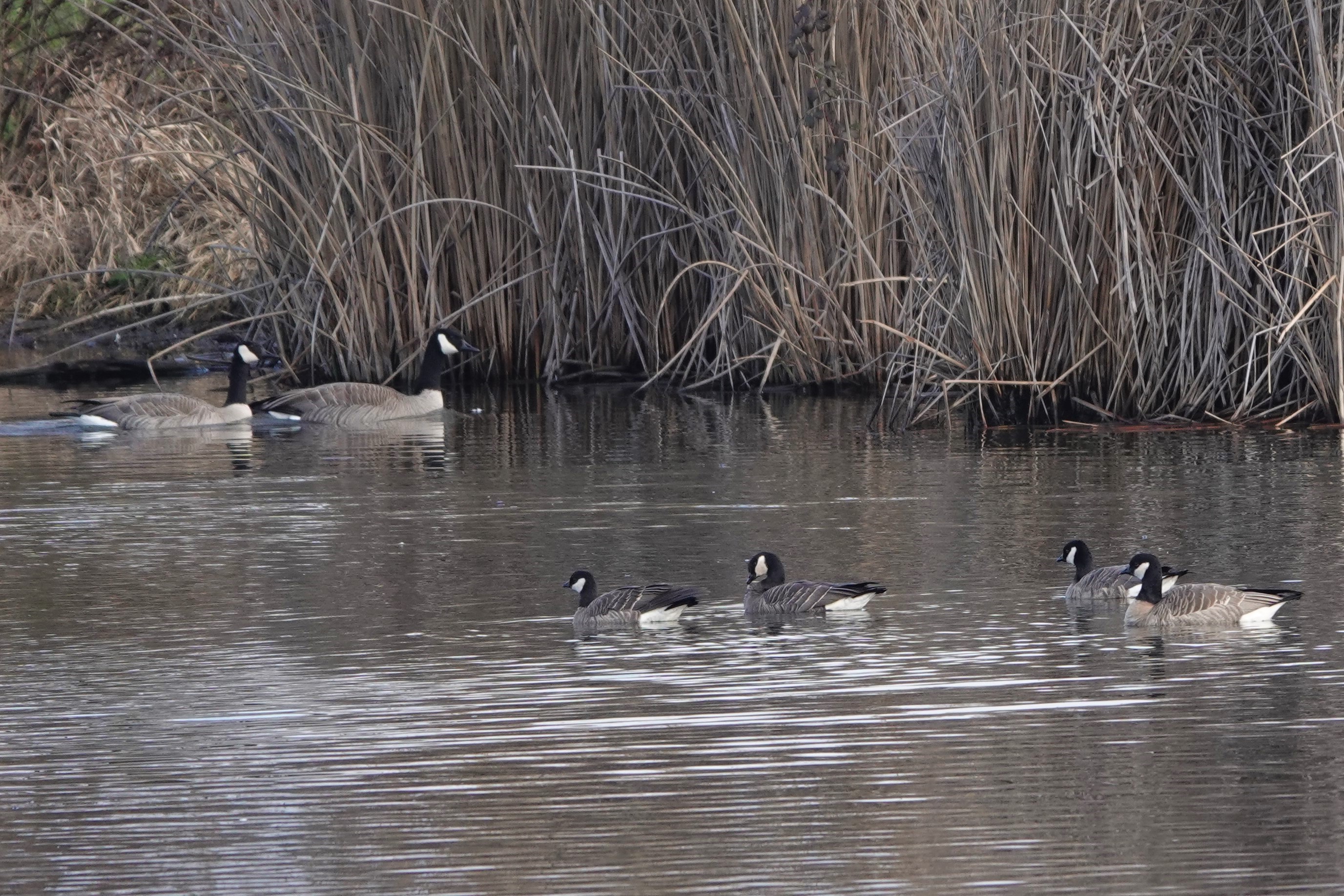