Tony Eales from Australia sent in some lovely photos of spiders. His notes and IDs are indented, and click the photos to enlarge them.

The taxonomy of spiders just passed a milestone. 50,000 species described worldwide!
While not a patch on some of the more speciose insect orders, that’s still a lot of species. Estimates are that this number represents less than half of the extant species out there. So, there’s still plenty of work to do.
And on that subject, I have decided that my mid-life crisis project is to name a new species of spider. Some men rebuild a muscle car, some build a boat, I’ve decided to name a species.
Back in June 2021 I found a female of what I believe is an undescribed species of Arkys (family Arkyidae) near Brisbane and shared it here in Readers’ Wildlife.
Just recently a park ranger friend of mine found a male of what I believe is the same species. 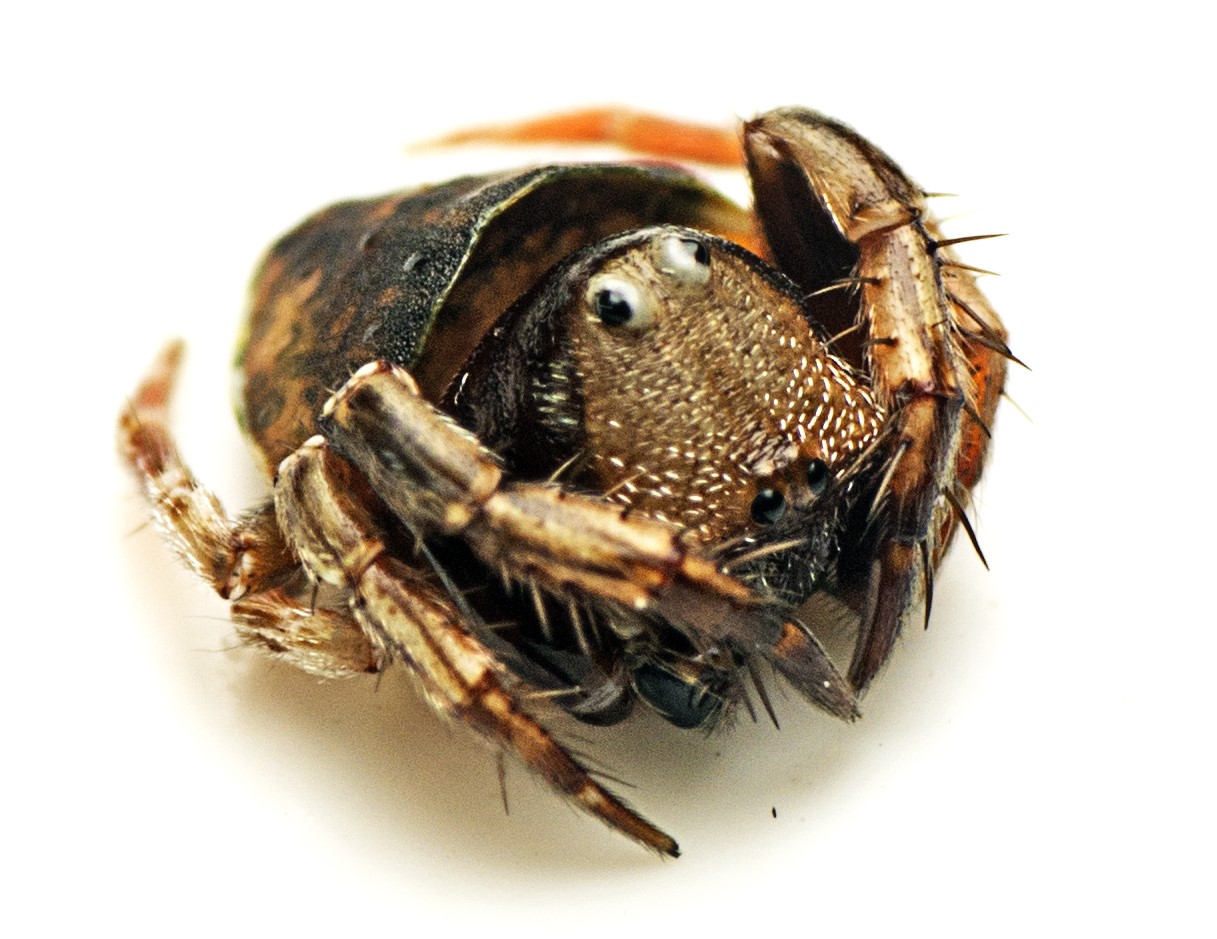 And that’s what I needed to be able to write a good description. The most reliable way to characterise different species of spider is by looking at the genital organs; palpal bulbs at the end of the pedipalps in males and the epigyne on the underside of females.
Since I’m doing this in my leisure time, I estimate it’s going to take me about 12 months to do all the microscopy, photos, drawing and writing to get the paper ready for submission.
And of course, I’m already getting sidetracked. In that same Readers’ Wildlife post I showed a picture of what I suspected was a male Arkys alticephala. Since then, I have become convinced that this is actually a male A. dilatatus. The problem is that male A. dilatatus has never been described (and the description of A. alticephala is from the 1800s and the species is in need of review).
Here’s one I found recently. 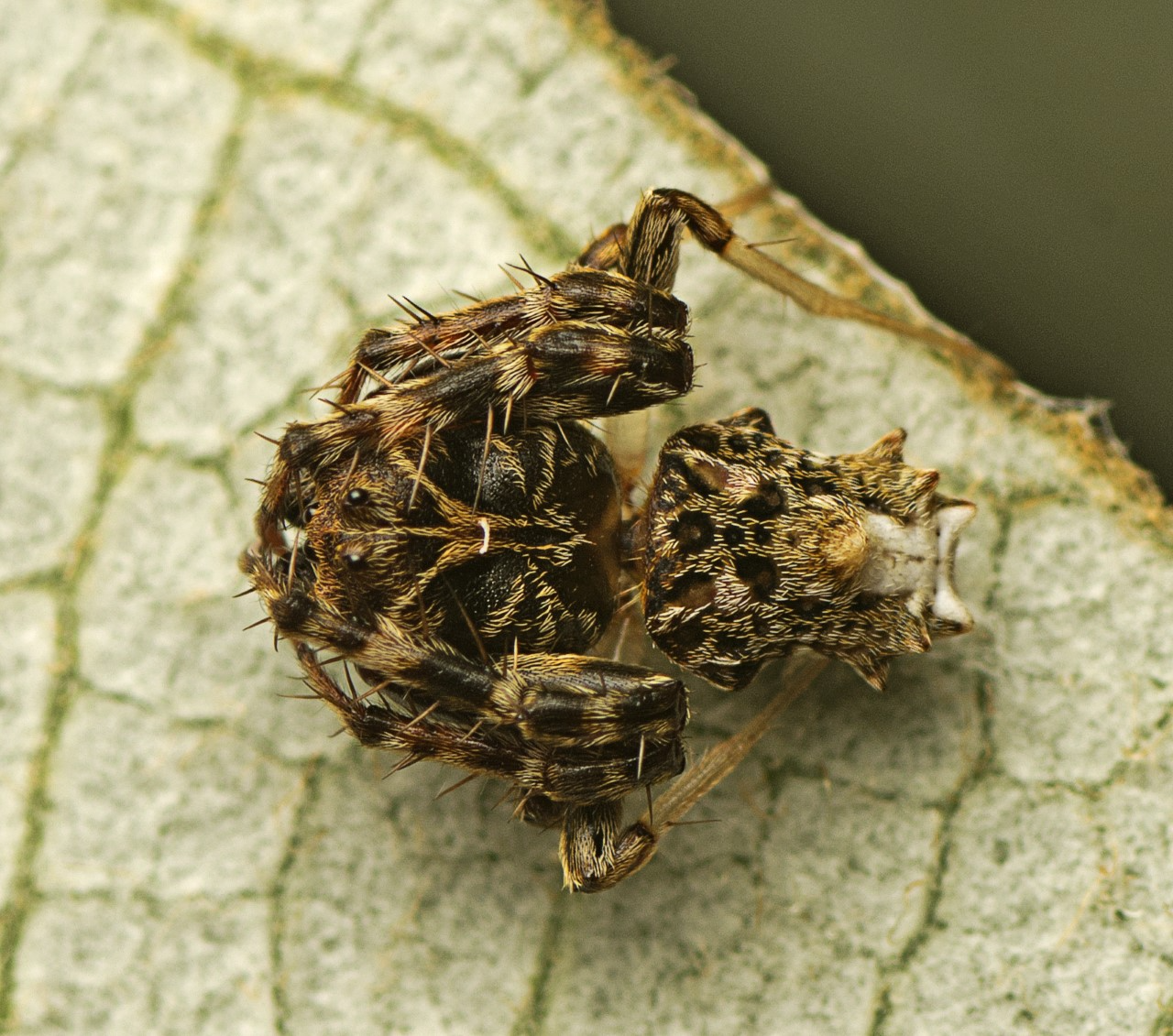 So, now with these putative dilatatus males I can describe the palpal bulb and tie off that species description….except.
I’ve seen a lot of people find these in closed wet forest, and they seem consistently different to the one above, especially with resect to the central abdominal tubercule. 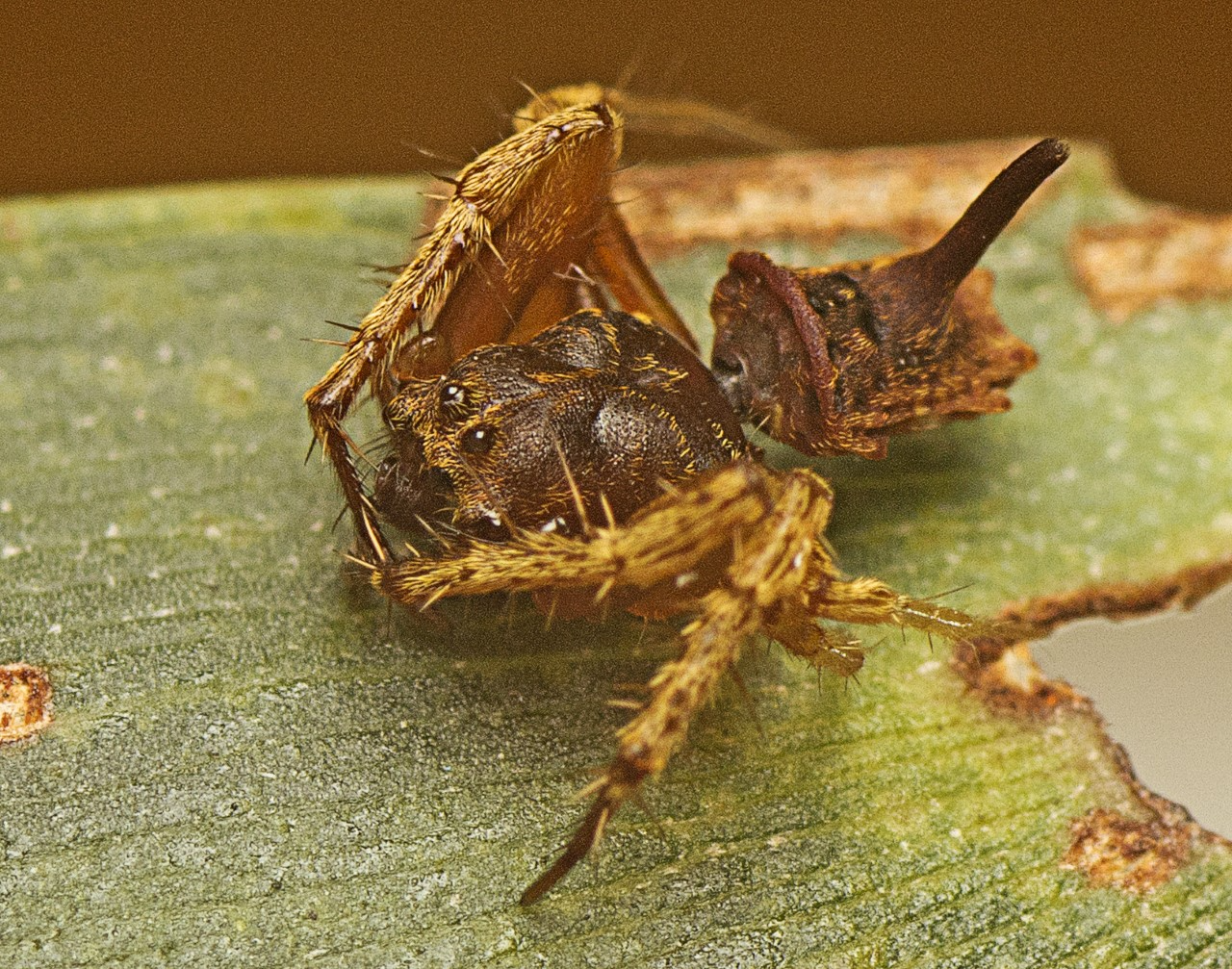 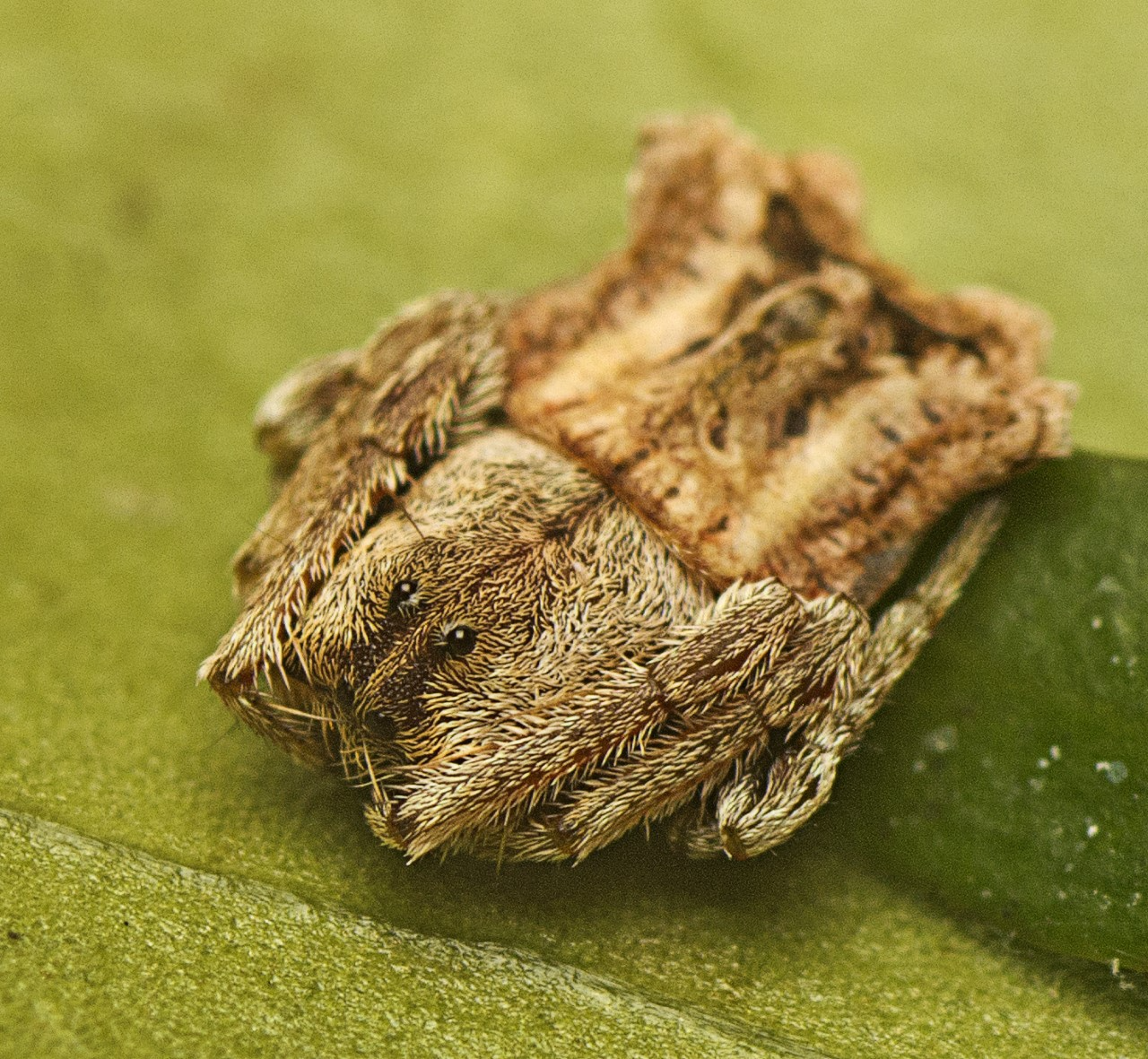 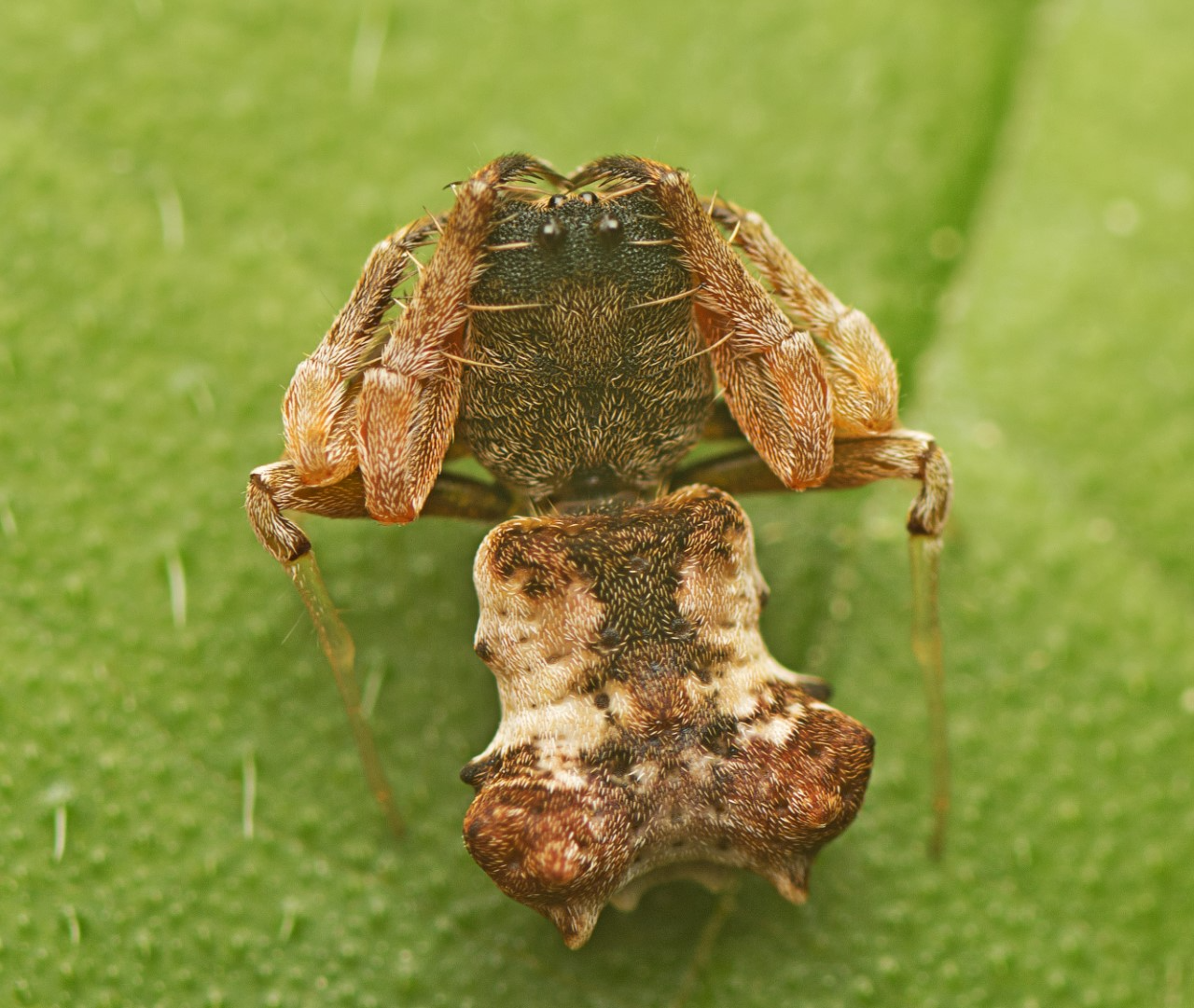 Of course in order to know whether I’m right or not, looking at the palpal bulbs and epigynes is going to be the determining factor.
And lastly, I recently found a juvenile Arkys which I think is from an undescribed species currently called informally “candy-coloured Arkys” so I guess if I find a male of that species I may be up for more descriptions. Here’s my juvenile 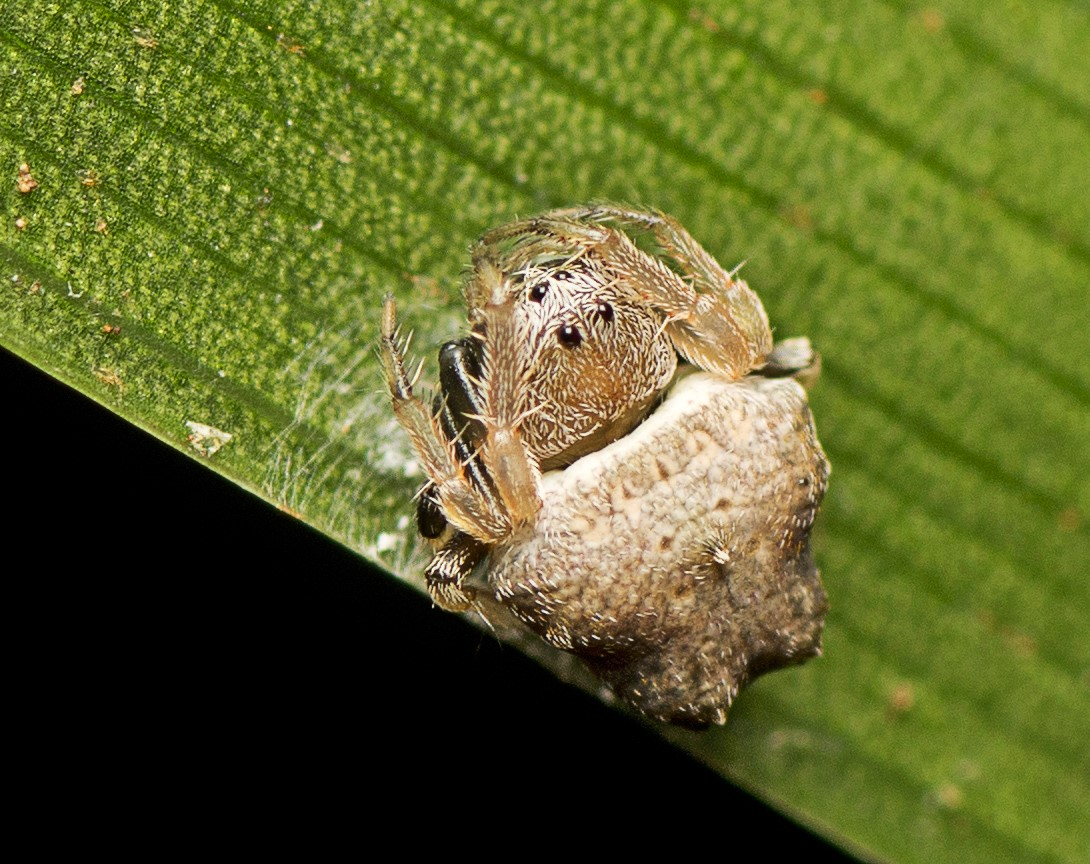