I show below the final dinner on the MS Roald Amundsen on Saturday evening. It was the final meal before a hurried breakfast the next day. expected a fancier feed than usual.  It was a bit fancy, though I missed my burgers and milkshake in “The People’s Restaurant,” the Fredheim.

I hied myself to the Aune restaurant a bit after six, when it would be less crowded and one could see the sunset. Here’s a panorama, although there’s a smaller dining space (with equally good views) to the left:

And the courses, described (and spelled) as on the menu:

It sounds like a weird mixture, and it was (they didn’t mention the asparagus). A dry “waffel” didn’t meld well with an only slightly cooked onion and the “lemon cream.” 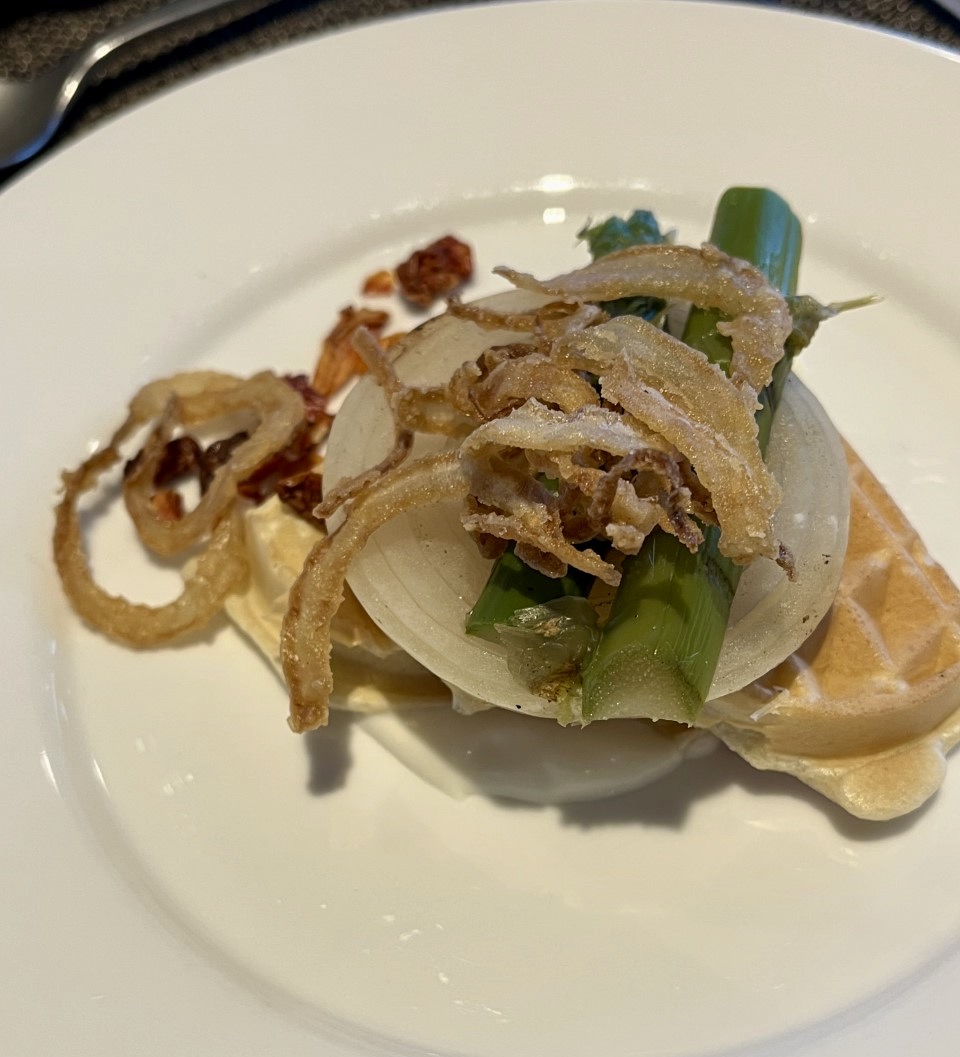 The waiter asked me what I thought of it, and I said, “It wasn’t very good.” So he brought me a half-bowl of another appetizer on tap: also a mixture of strange things. 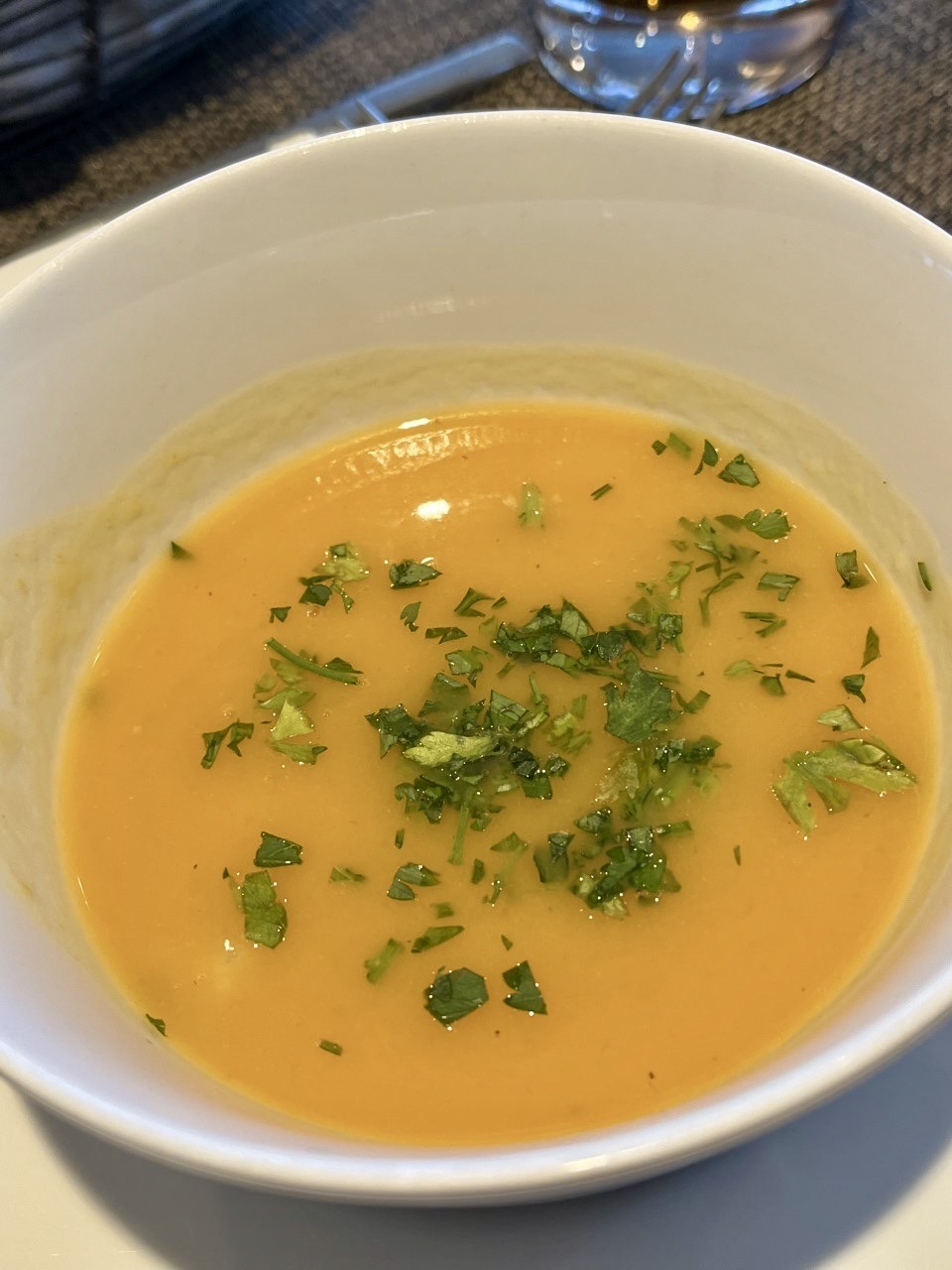 The main course, one that’s often offered on “special nights.”

This was pretty decent, but the pastry had gotten soggy and there really wasn’t any need for all those mushrooms around the beef. The beef was cooked properly—medium rare—but didn’t taste very beefy. 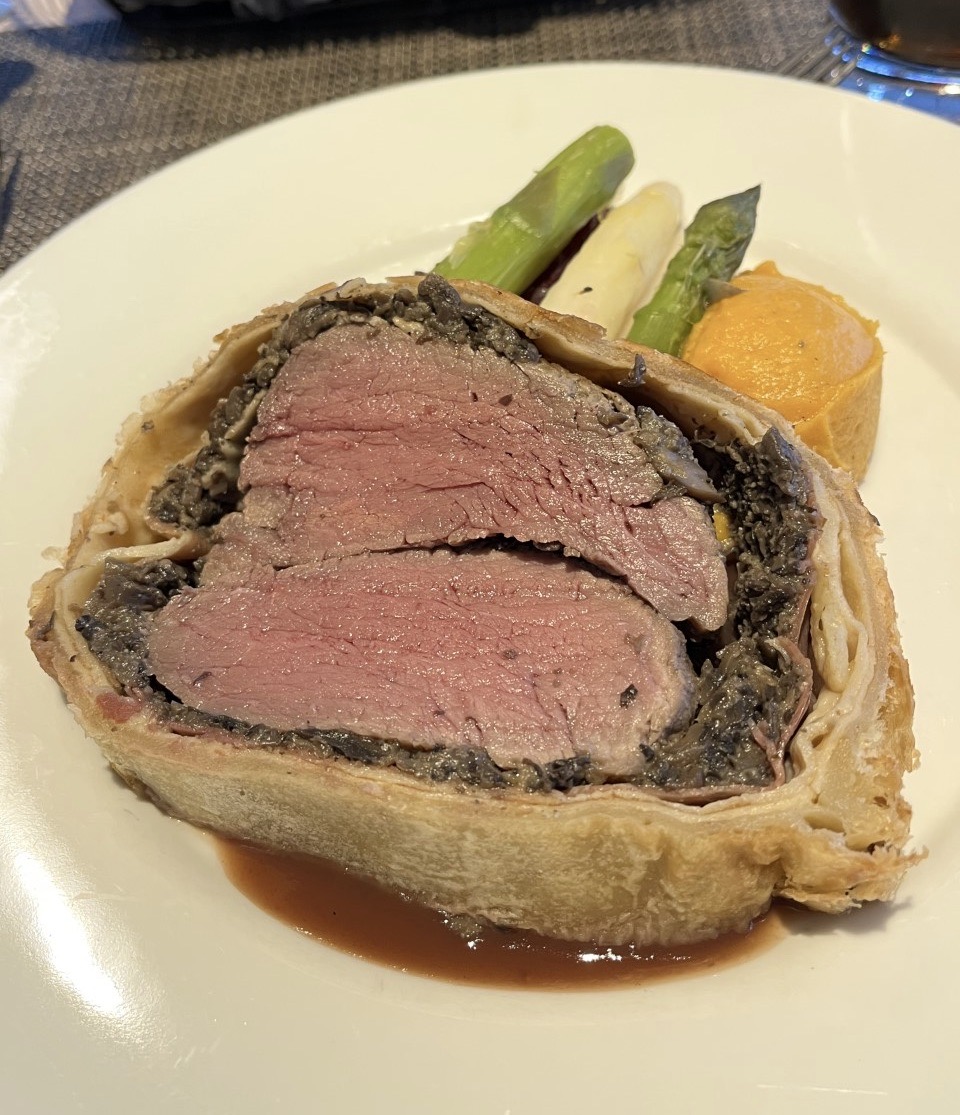 Finally, dessert: “Omelette Norvégienne”, which the waiter called “Baked Alaska”. It wasn’t really a baked Alaska for the meringue was cold, though the ice cream was. It was still good and the mango sauce was a definite plus. As usual, desserts in the Aune are the best courses. 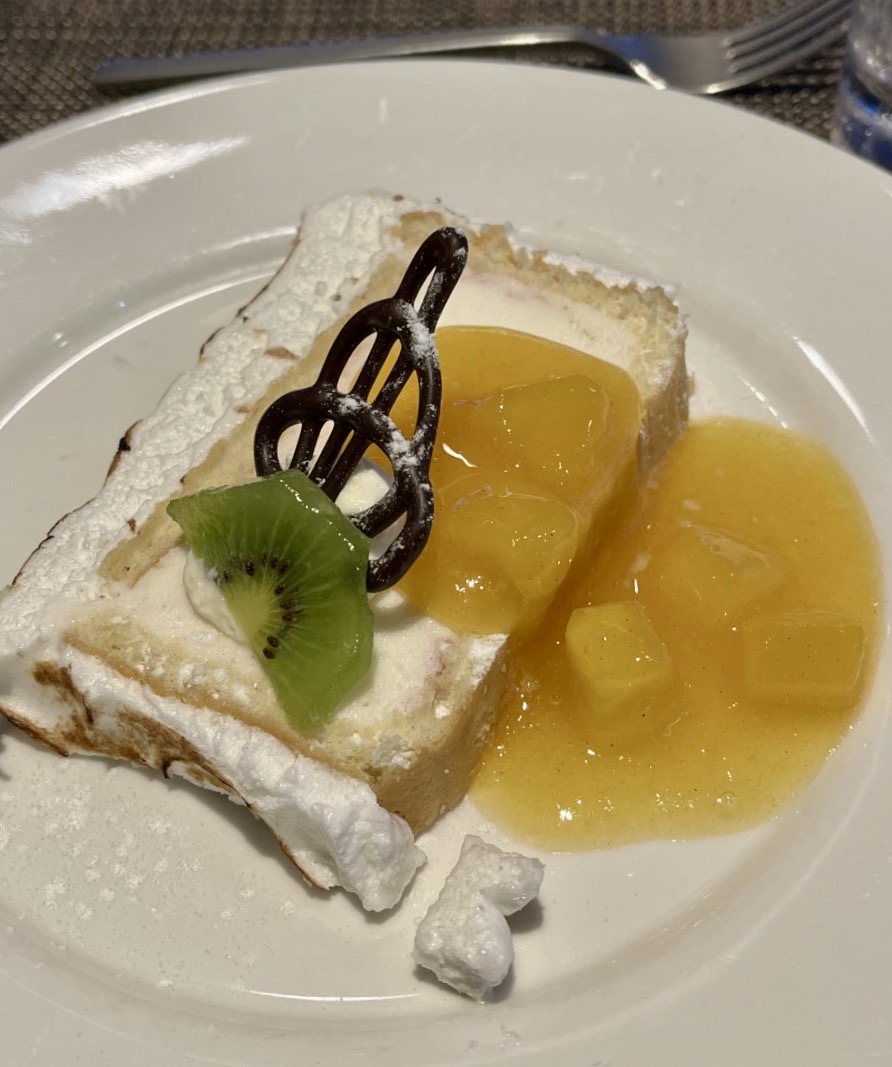 And so back to Chicago after a decent breakfast buffet at the Holiday Inn.

Soon I’ll be kicked out of my room and will have to cool my heels for several house in the “crew room” downstairs until I head over to the airport (a 10-15 minute walk) to catch an 8:30 flight to Houston.

In the meantime I’m anxiously awaiting an email with the results of my mandatory PCR test for covid, which I took at 9:30 this morning. A negative result is required to board the plane to the US, and the test must be taken no more than 24 hours before the first flight on the way home.

If things go awry—and one can’t be assured that they won’t—I won’t be allowed on the plane. I’m sure I don’t have covid, but not so sure that the testing company (two people with swabs, test tubes, and ice buckets) will get the results to me in time. They said they would, but hey. . . .

23 thoughts on “The Last Supper”