About two weeks ago we visited Brown Station, one of 13 Argentine research bases in the Antarctic. This one is on the mainland, so passengers were told that they had stepped onto the continent itself instead of one of the surrounding islands (many cheered).

I put up a post about our visit then, including photos of the gentoo penguins and the famous “snow slide” in which, after a short but stiff climb, you toboggan down a hill on your butt. It’s great fun, but I did it once already and this time decided to hang with the penguins for a while.

And this time I’ll remind you that although I’ve reduced the resolution of most of these photos by about two-thirds (slow ship Internet), they look much better when you click on them to enlarge them. (You can click twice in succession to make them really big.)

And this time I made sure to get a good shot of the station from the ship. Here’s the entire set of buildings, built on the cove at the base of a mountain. 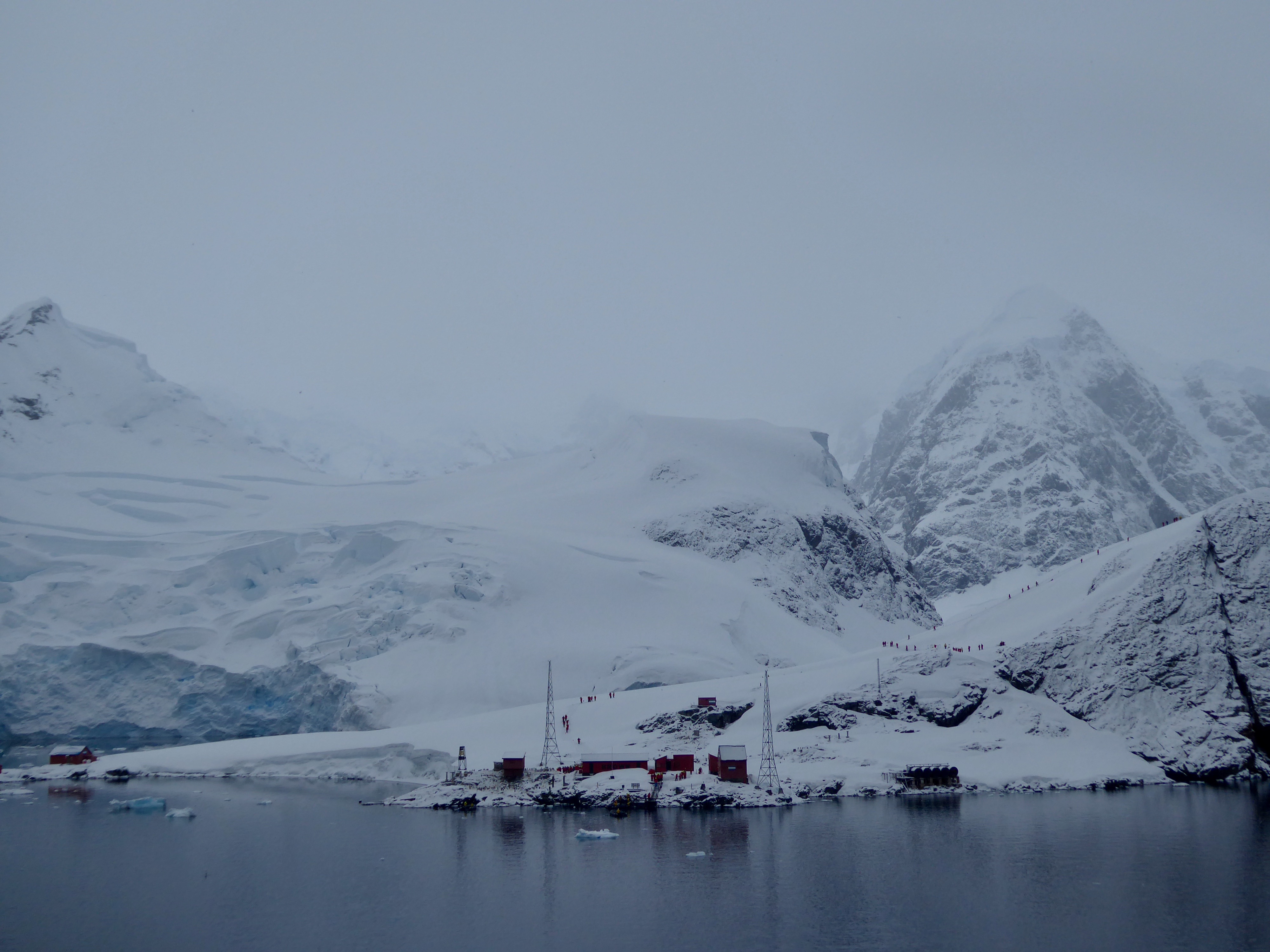 And the main station itself:

A shot on the way there: 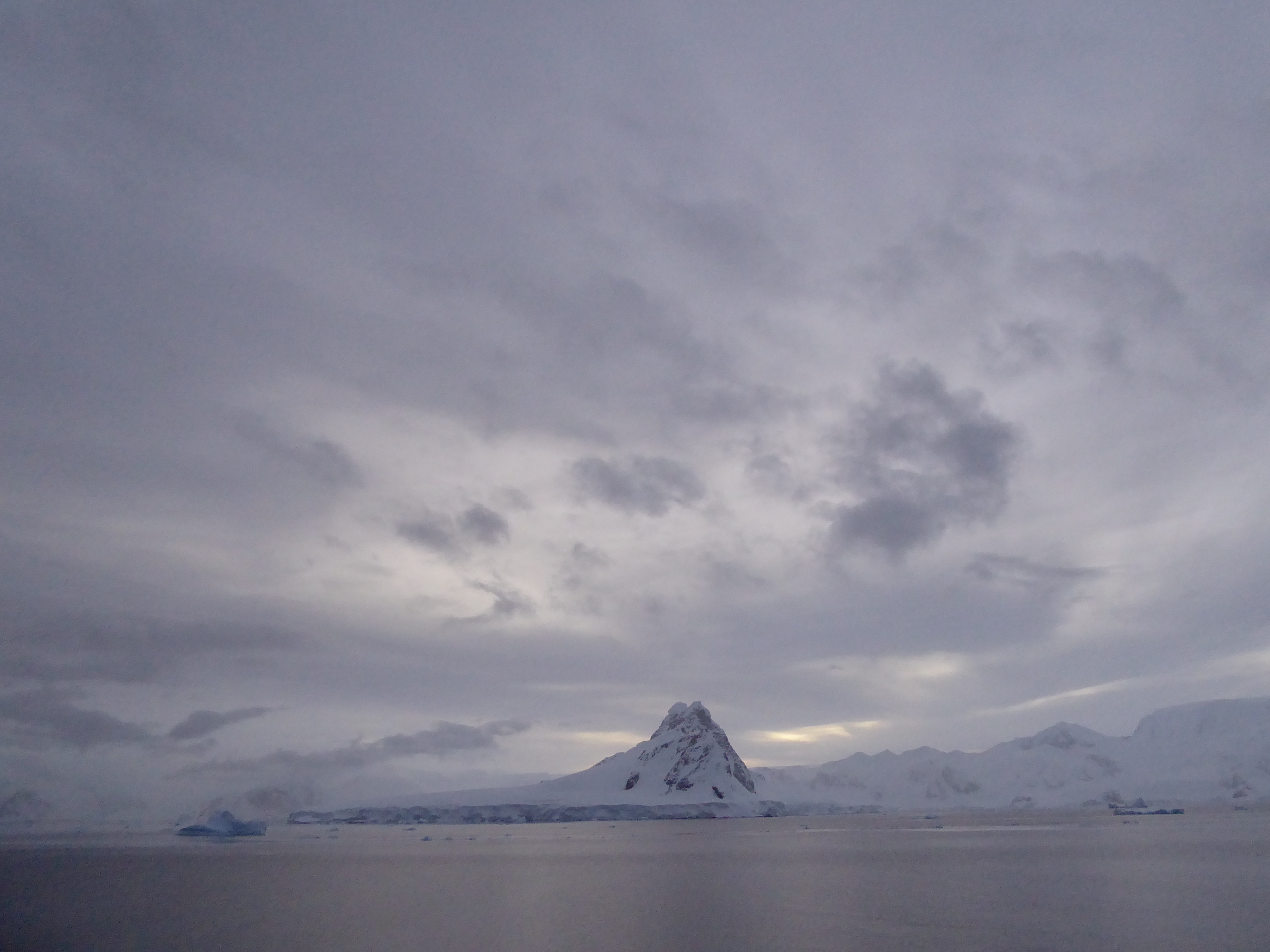 Brown Station is surrounded by penguins, who seem to love human habitations. Below is a nearly molted gentoo penguin  (Pygoscelis papua). I had a penguin expert nearby, who told me that most of the ones that were molting were not juveniles molting into their adult plumage, but adults undergoing their yearly post-breeding molt. 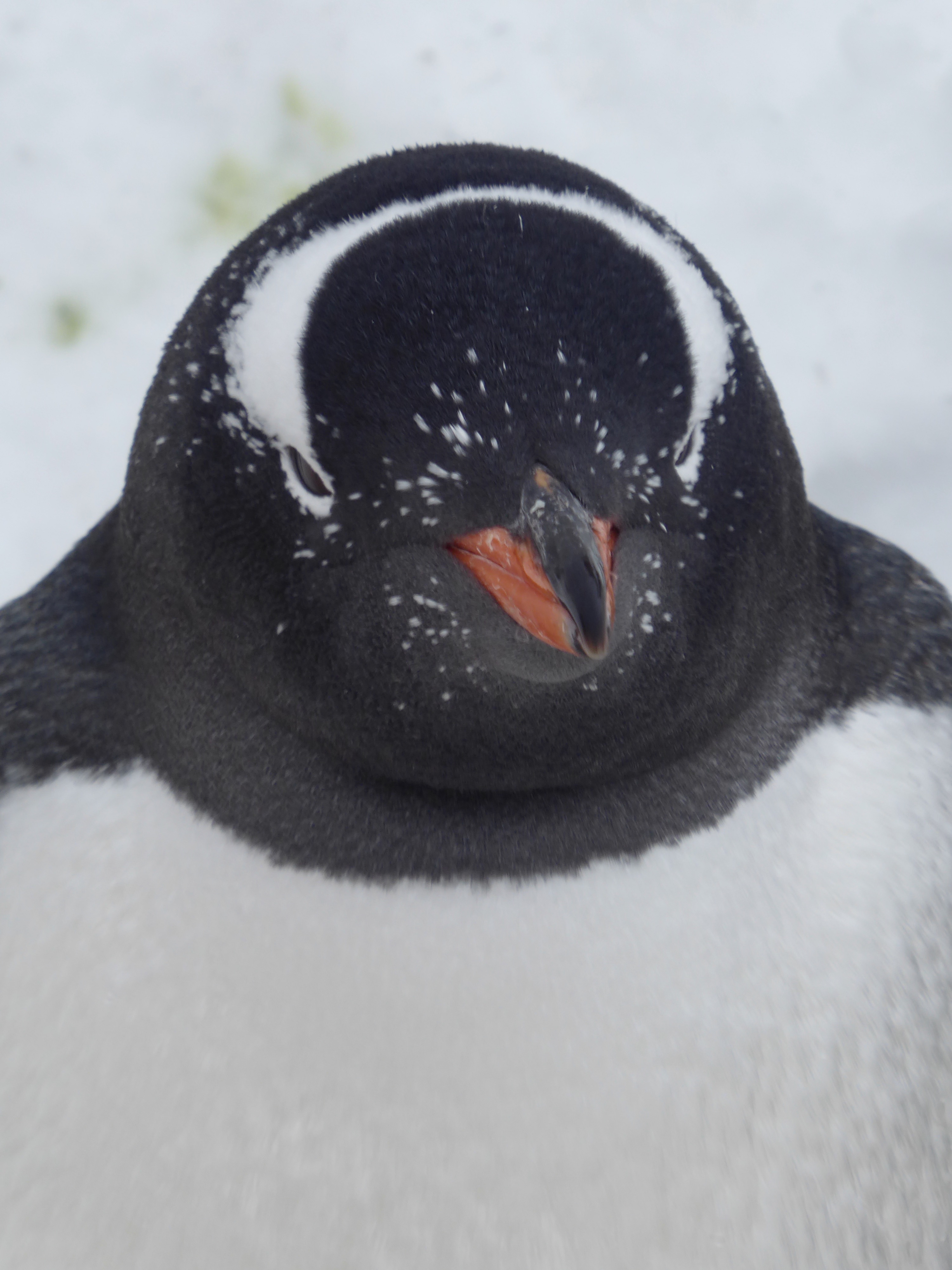 This is an adult in mid-molt, and he looks pretty messed up. Apparently you can tell molting adults from juveniles because the adult feathers being shed really look like feathers. 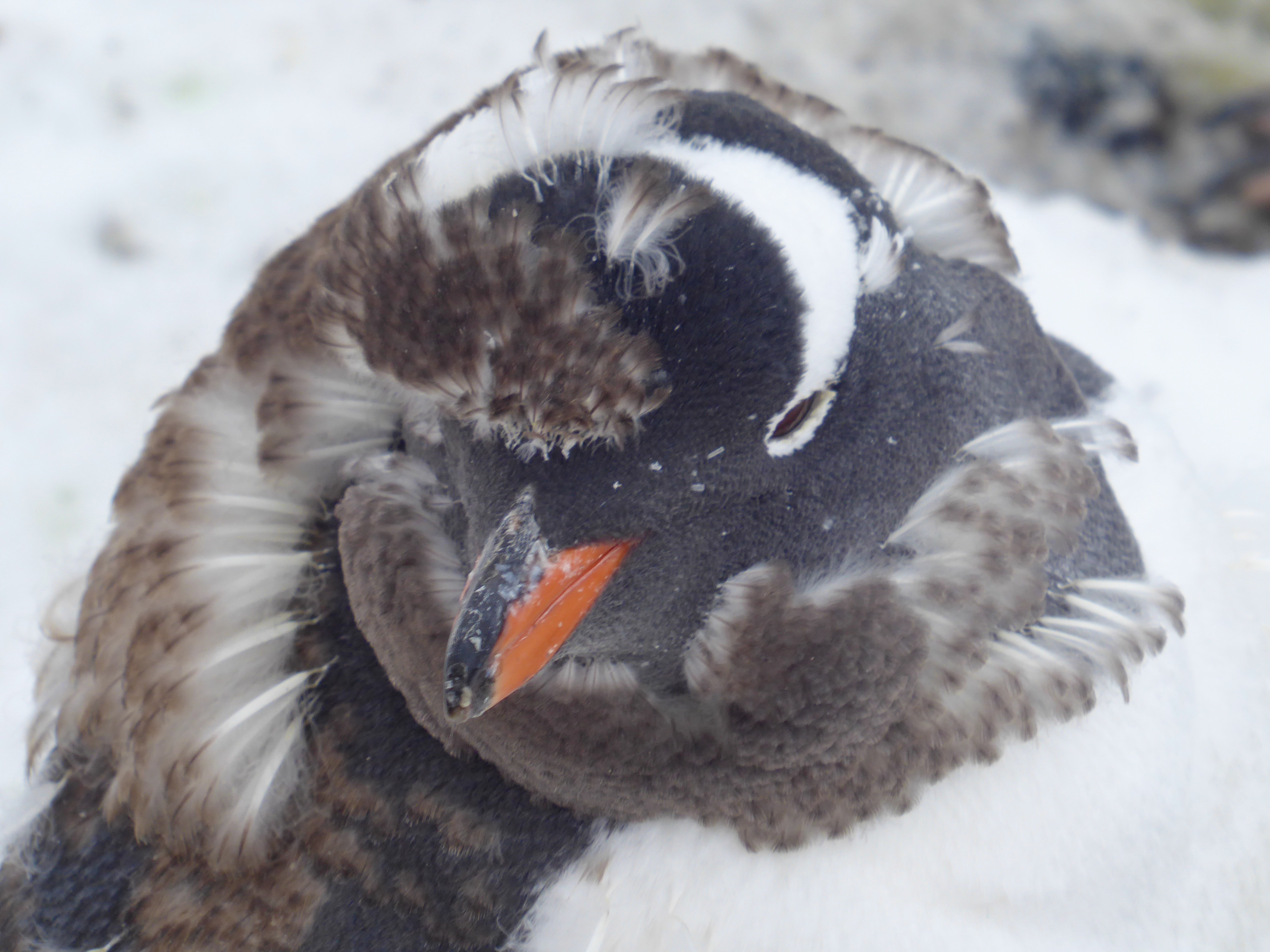 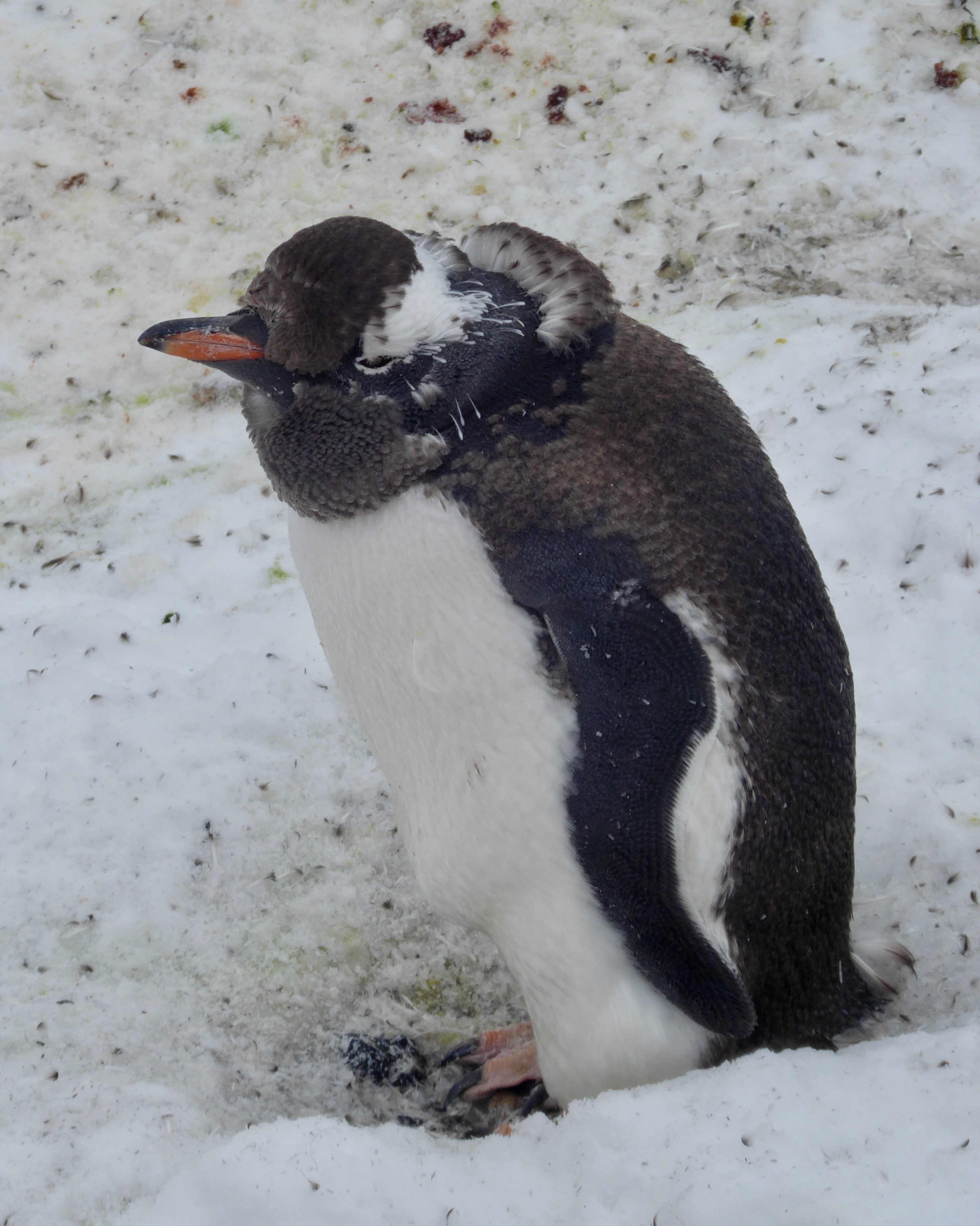 The tail of a molting adult. Gentoos have more prominent tails than any other species of penguin. 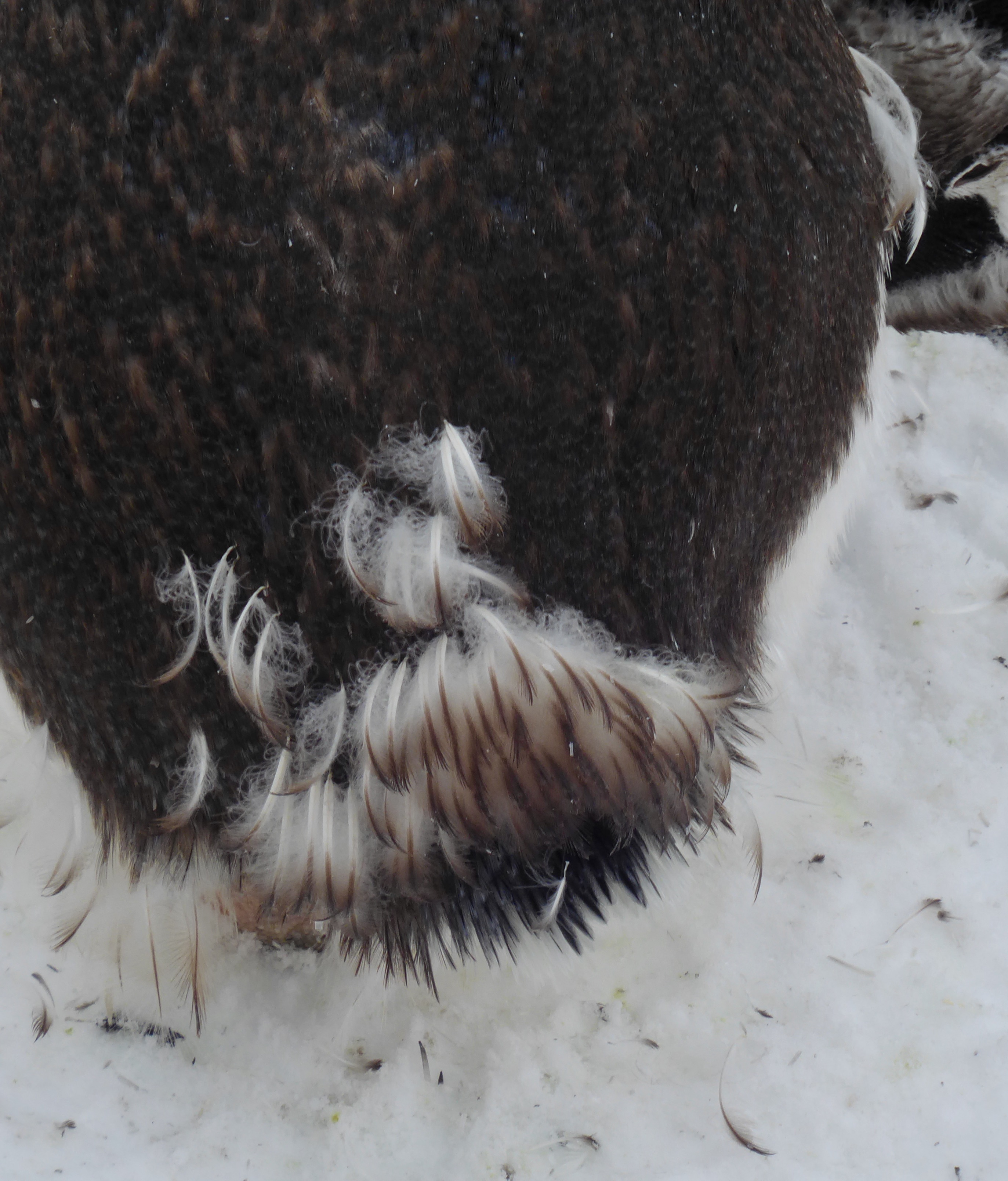 A view of the harbor from the base. 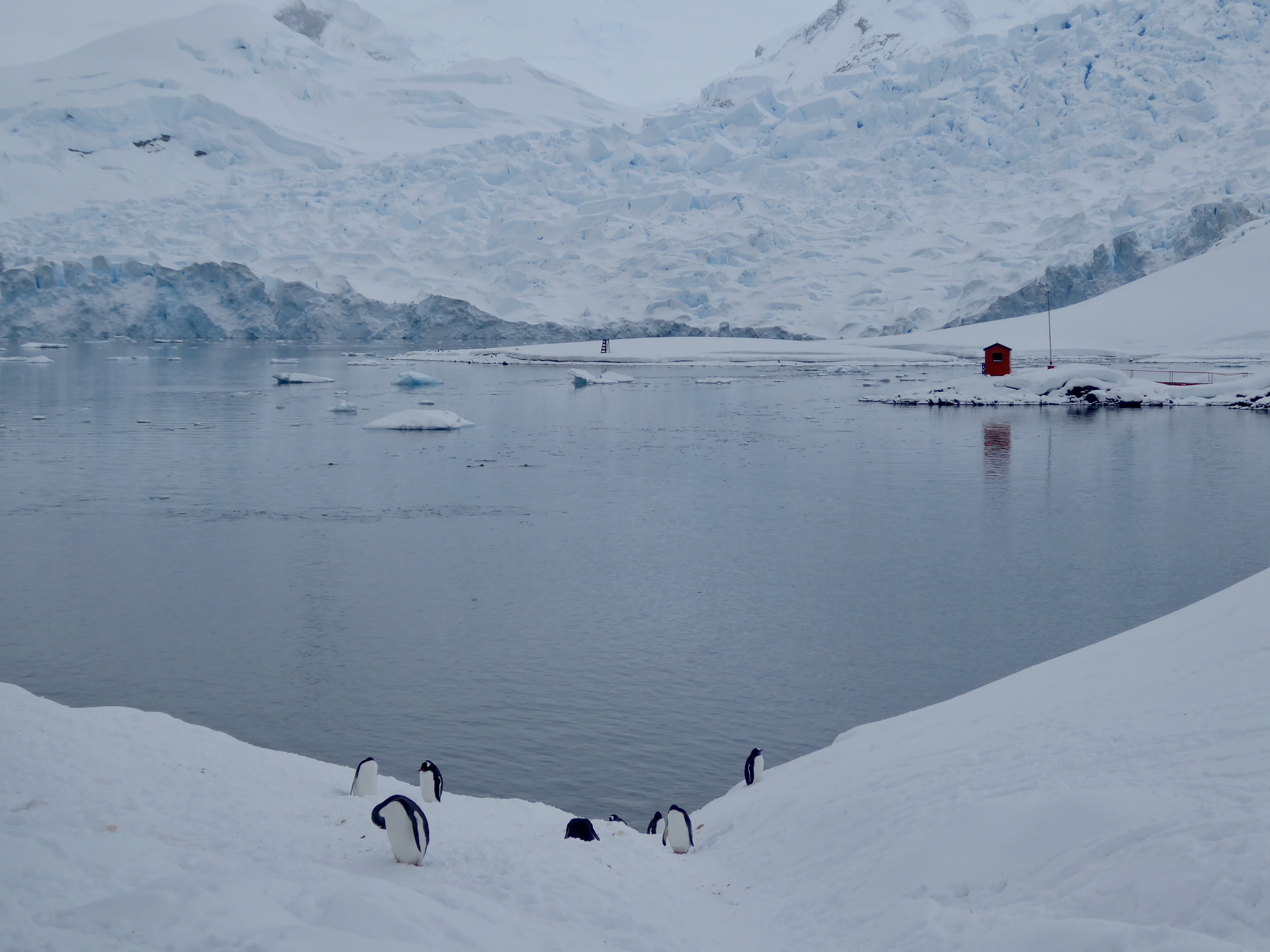 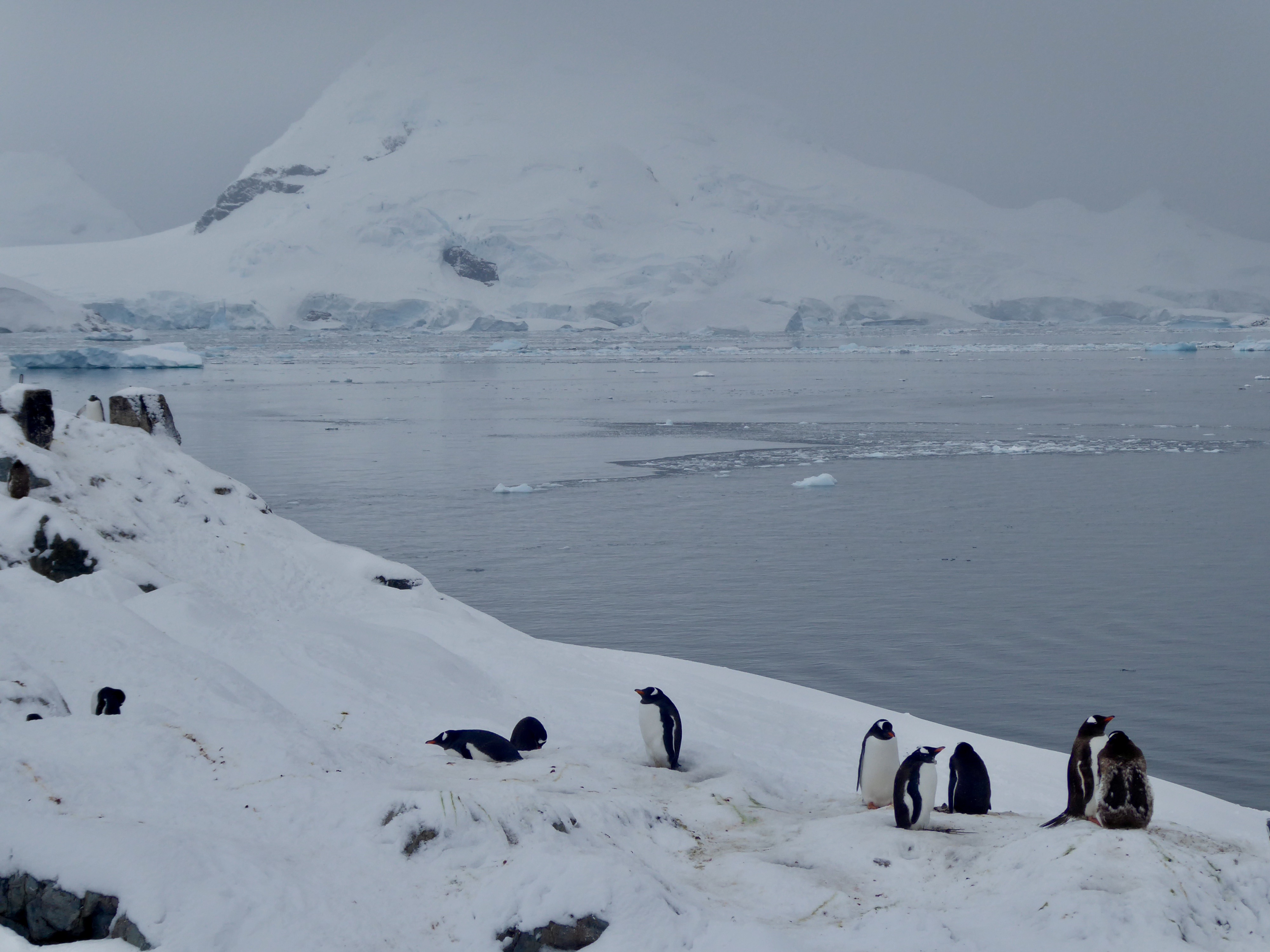 Walking penguins are awkward and funny even though in the water they’re masters of dexterity. On land they often stumble, even when they hold their flippers out for balance, and sometimes they just toboggan on their bellies. 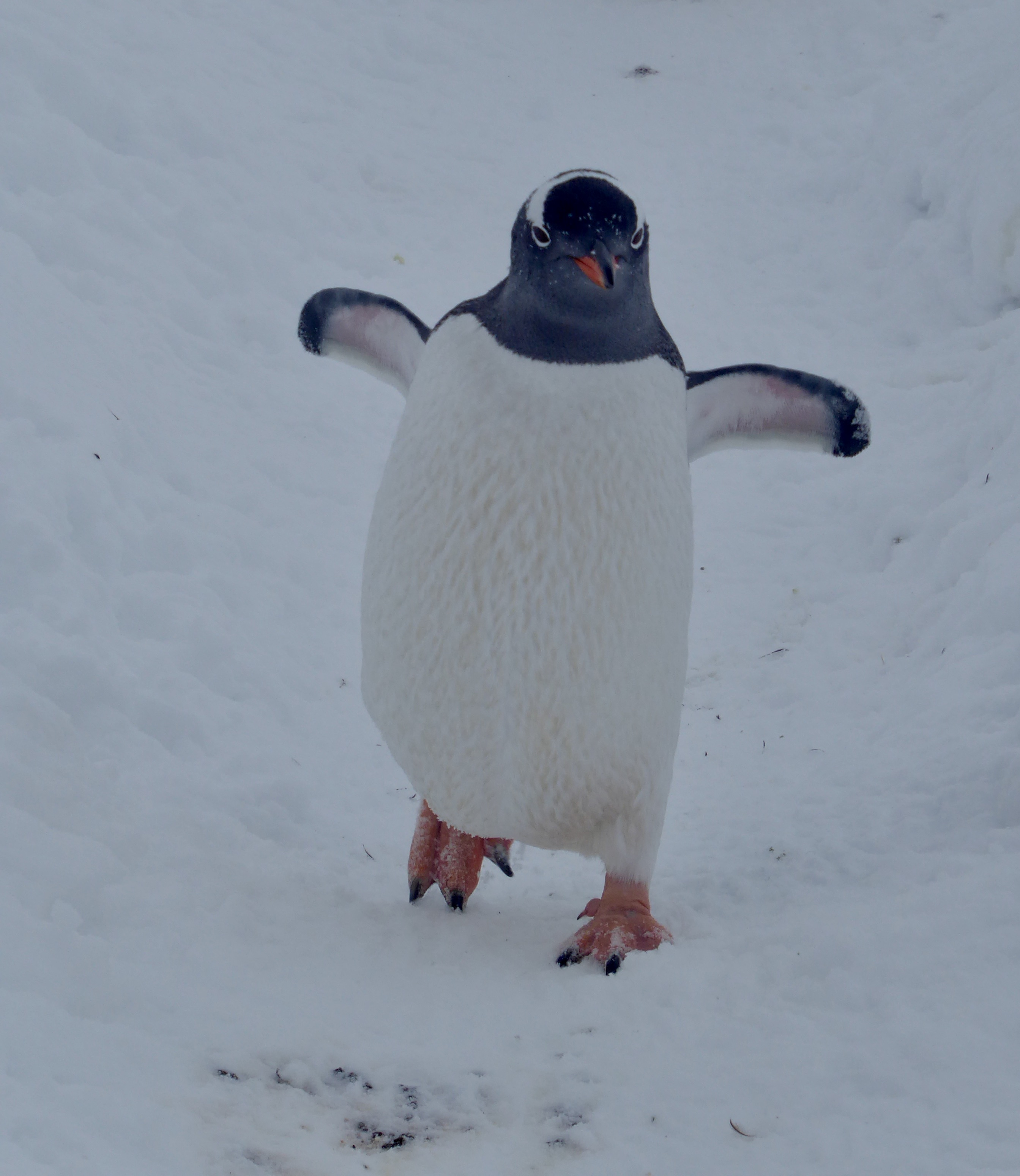 Another messed-up molting adult, trying to groom itself.

Here’s the only land bird native to Antarctica, the snowy sheathbill (Chionis albus). They do attack penguin chicks, and although there were no attack-able chicks at this time of year, the penguins still didn’t like these birds and tried to drive them away. I suspect they have a genetic aversion to the bird. 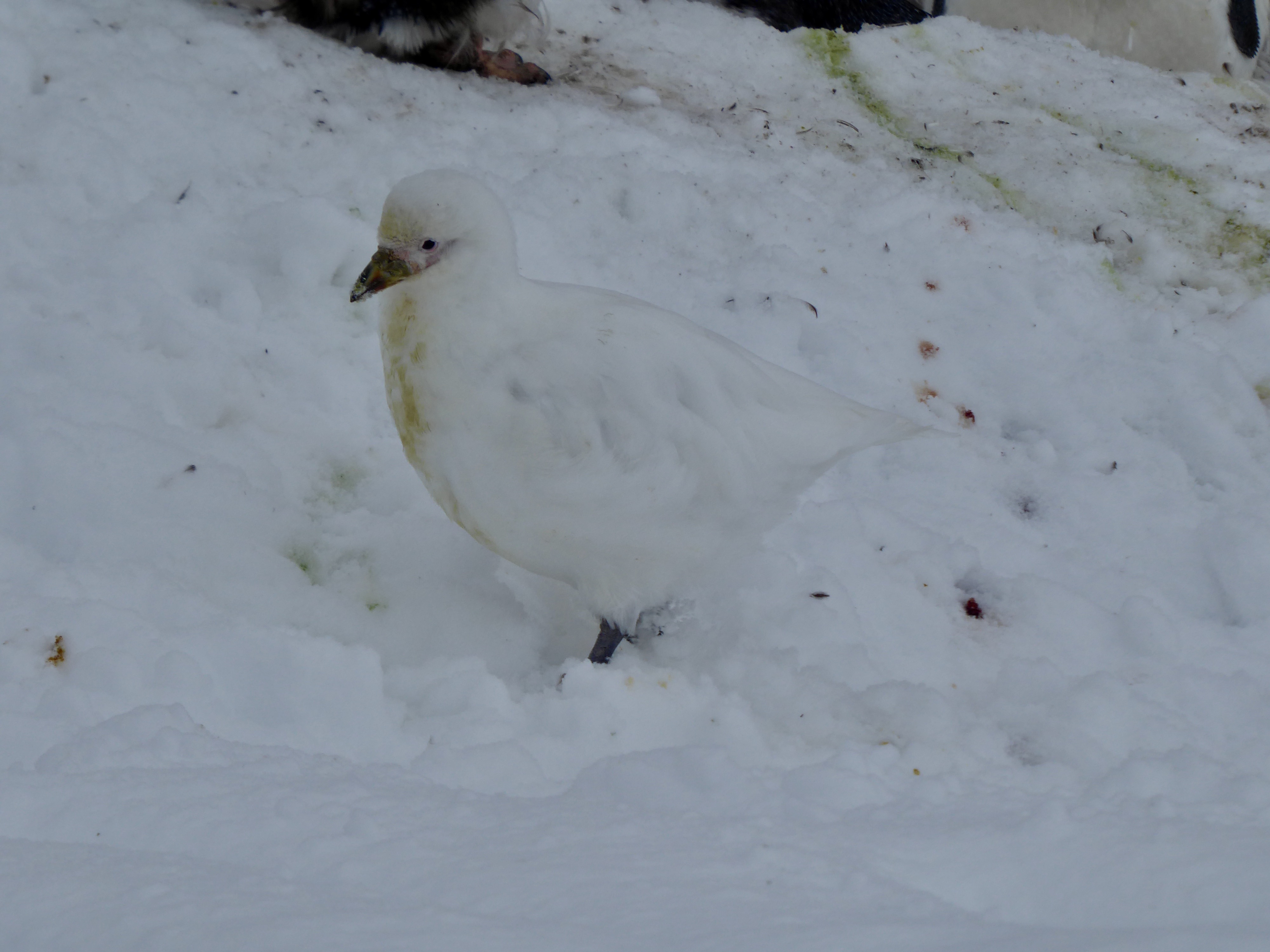 A sheathbill on one leg: 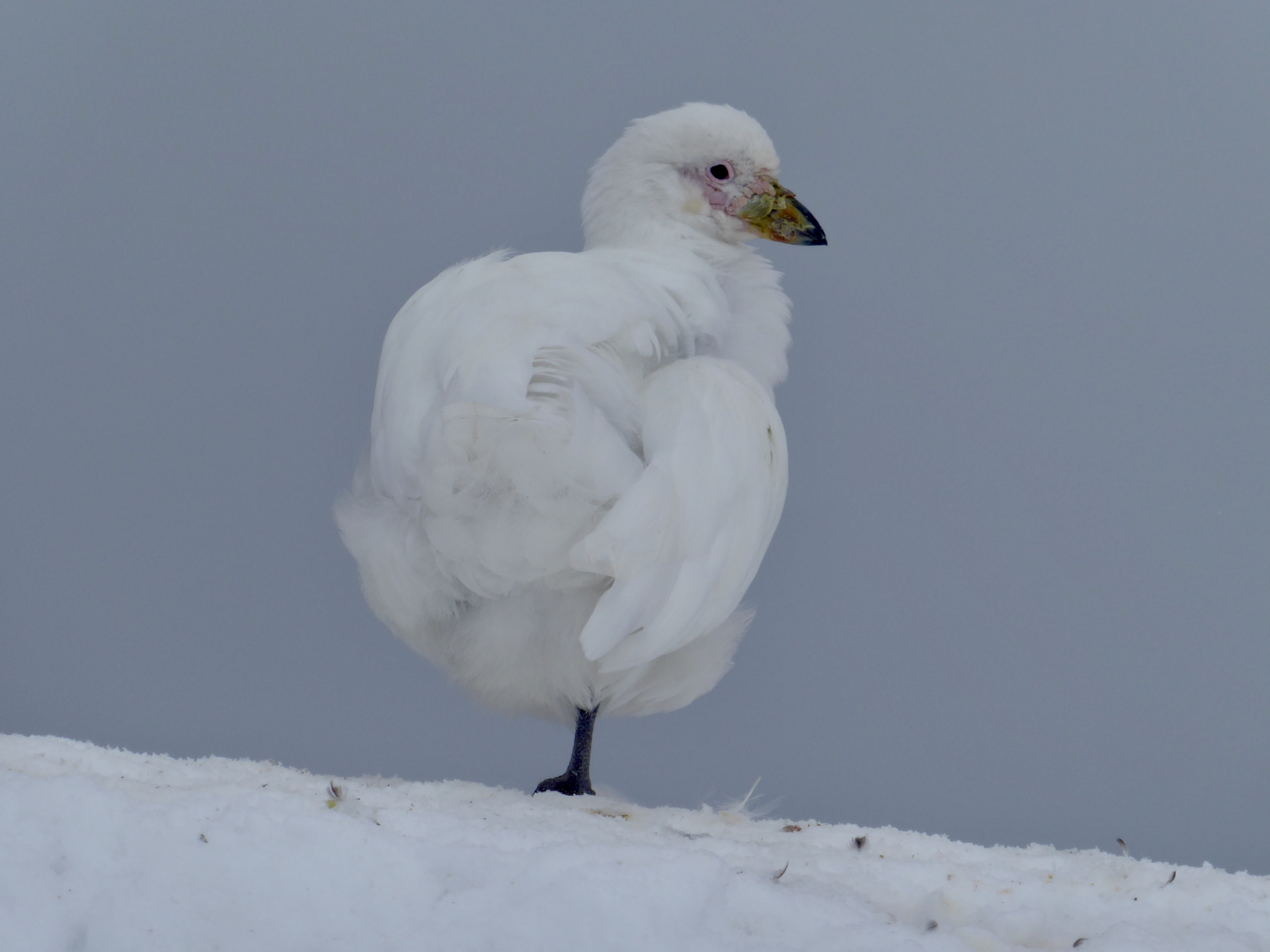 Now these, I was told, are juvenile penguins molting into their adult plumage for the first time. I can’t tell juvenile from adult molts, but the ornithologist knows best! 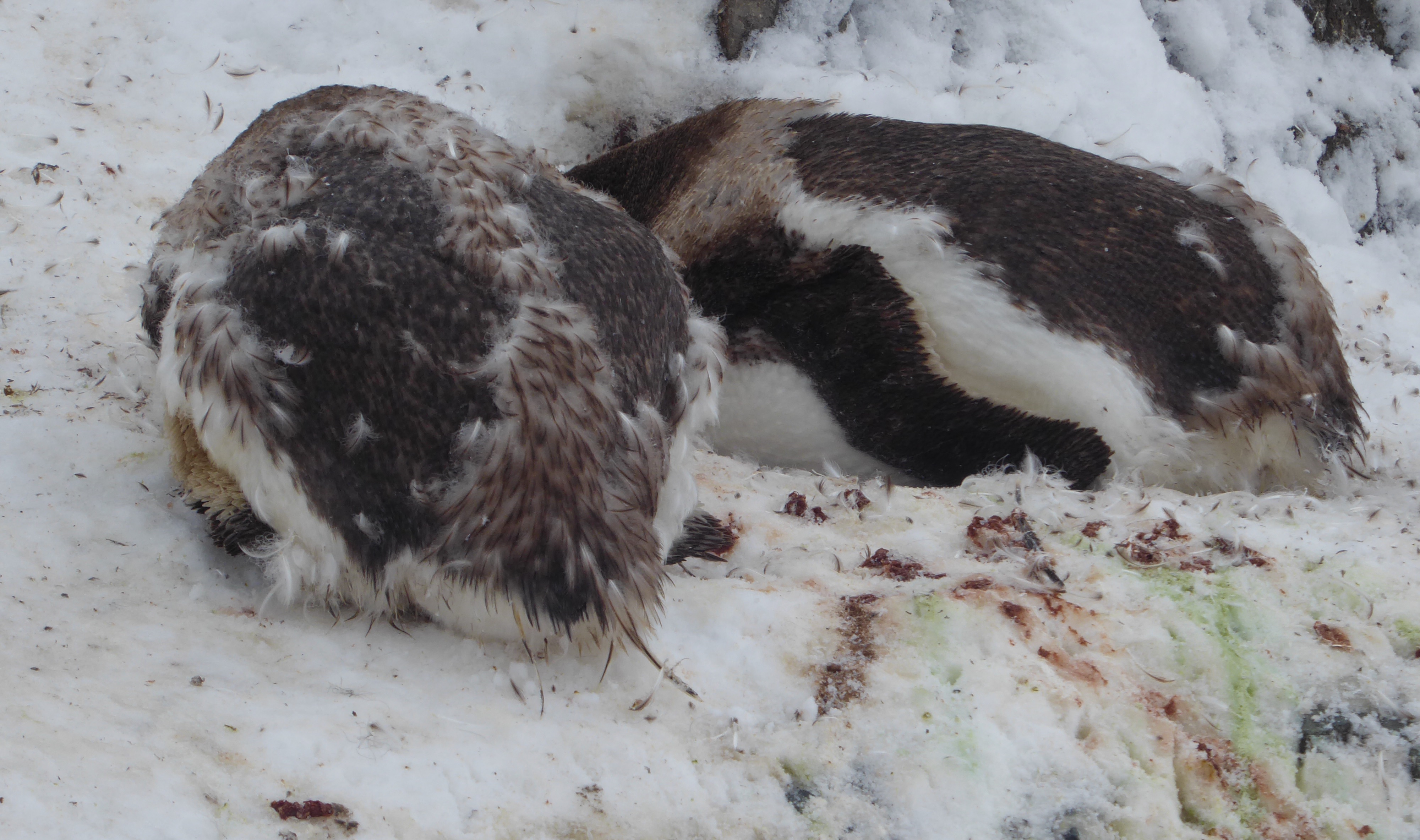 I took a photo of a penguin yawning (or whatever it’s doing) and thought I spotted a spiky tongue. This photo sort of shows it, but I wanted to see for sure. I figured that if I waited around it would yawn again and I could get a better shot. 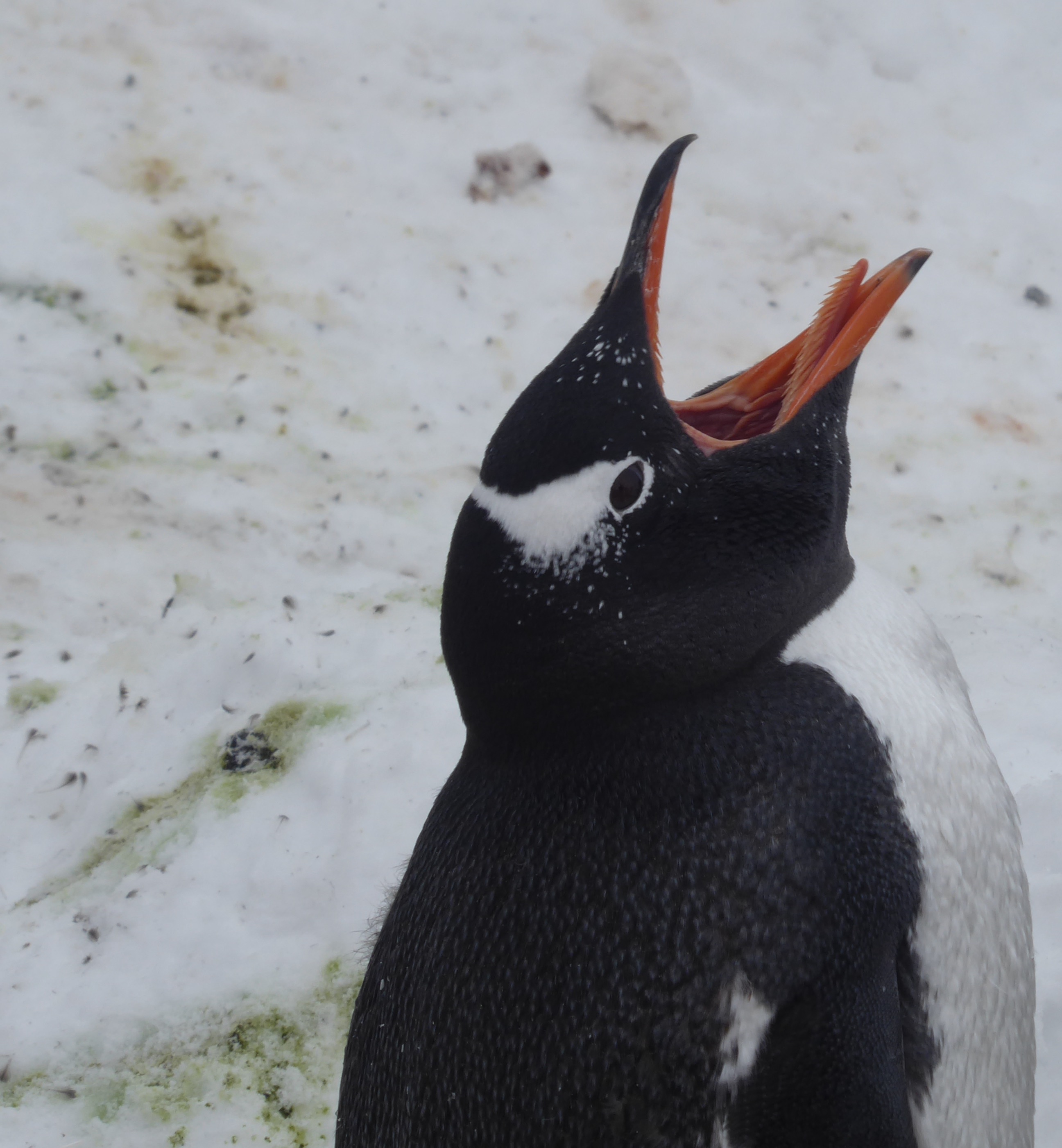 I had to wait a while, but got to see what I wanted. This picture clearly shows the serrated tongue. I’m too lazy to look this up, but I suspect the serrations help both with grooming and gripping prey. 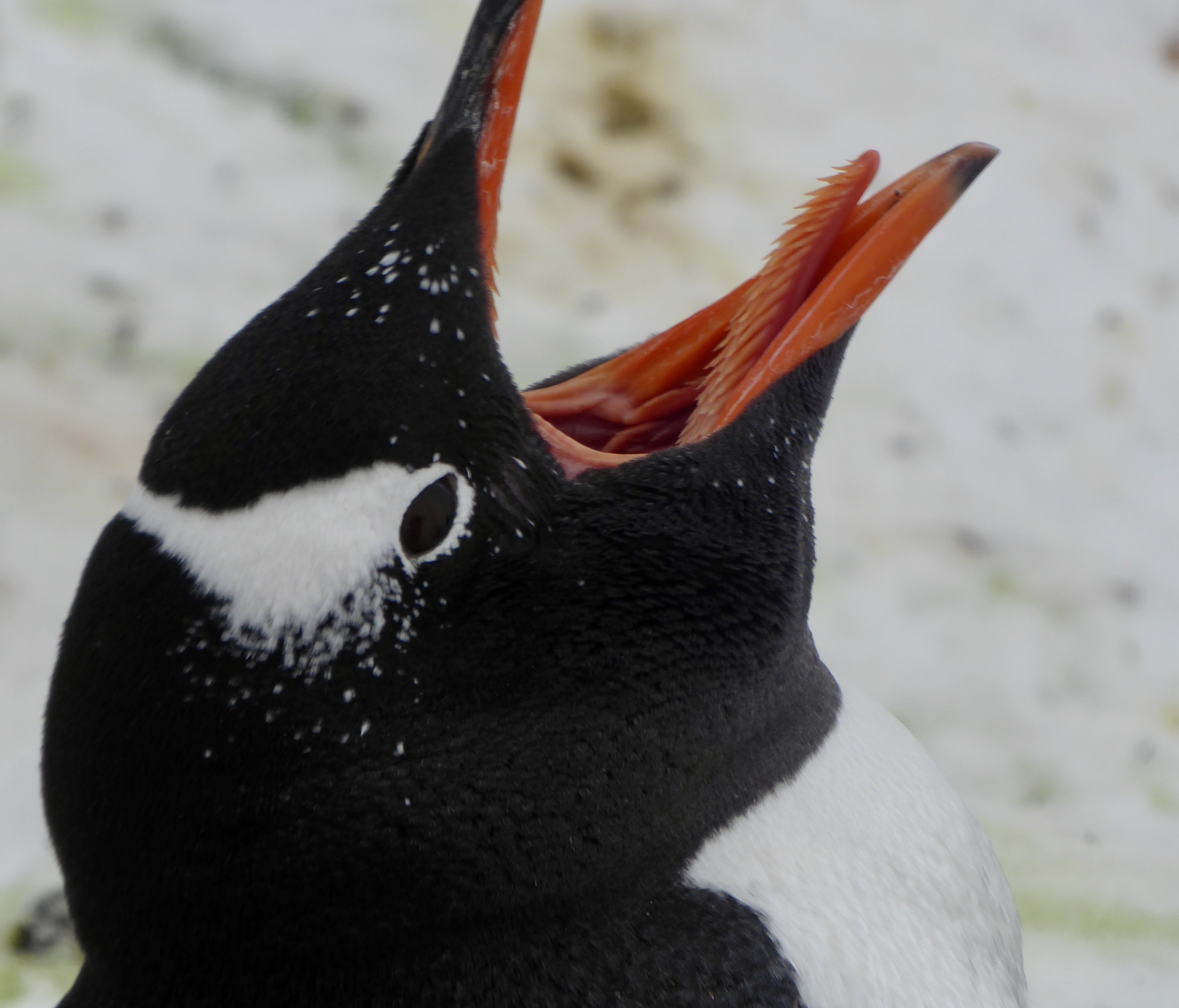 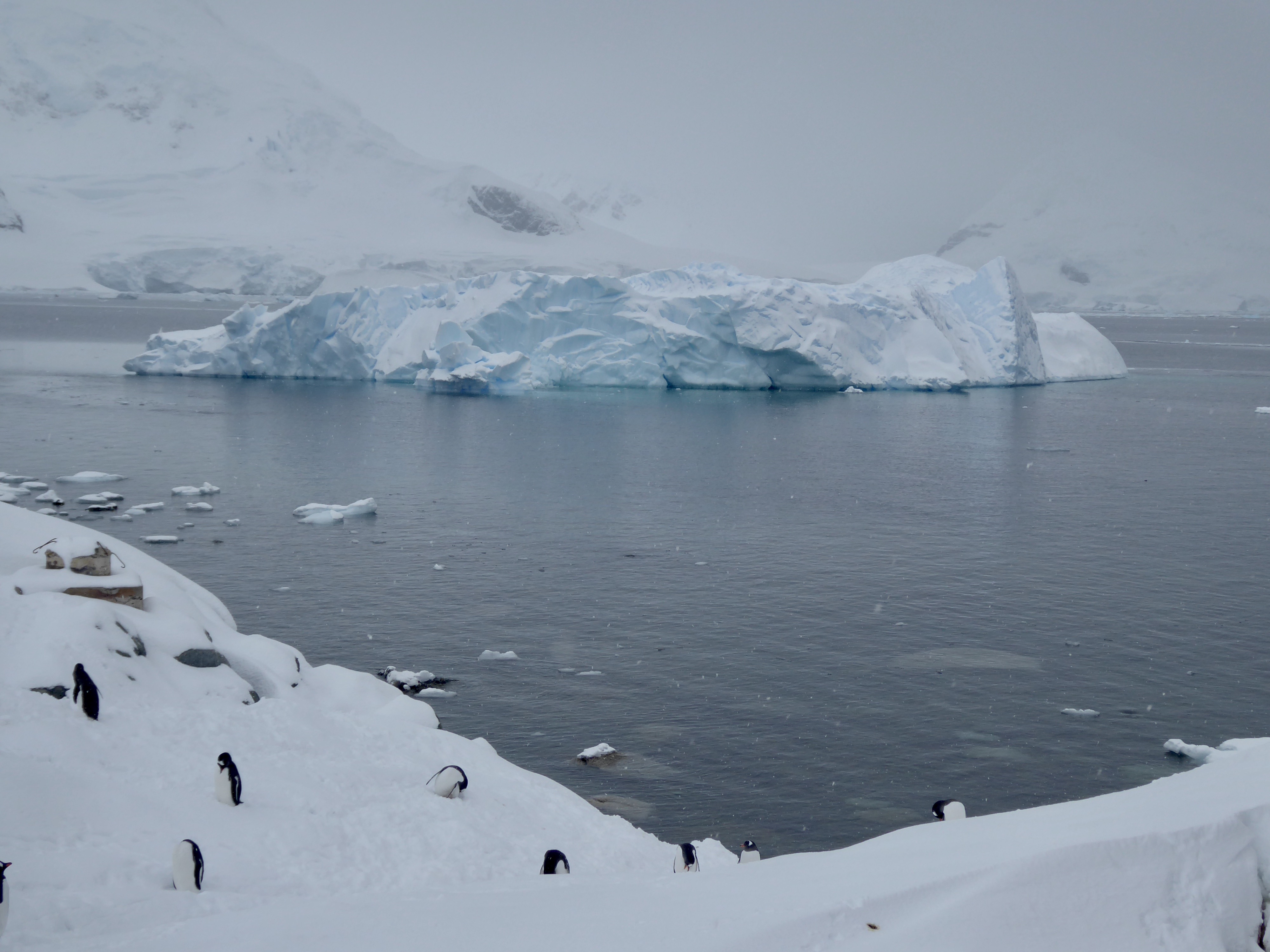 Many Antarctic stations have funny signs indicating the distance to other localities (often home). Here’s one from Brown. Notice that there’s one indicating Tokyo, about 9000 km away. 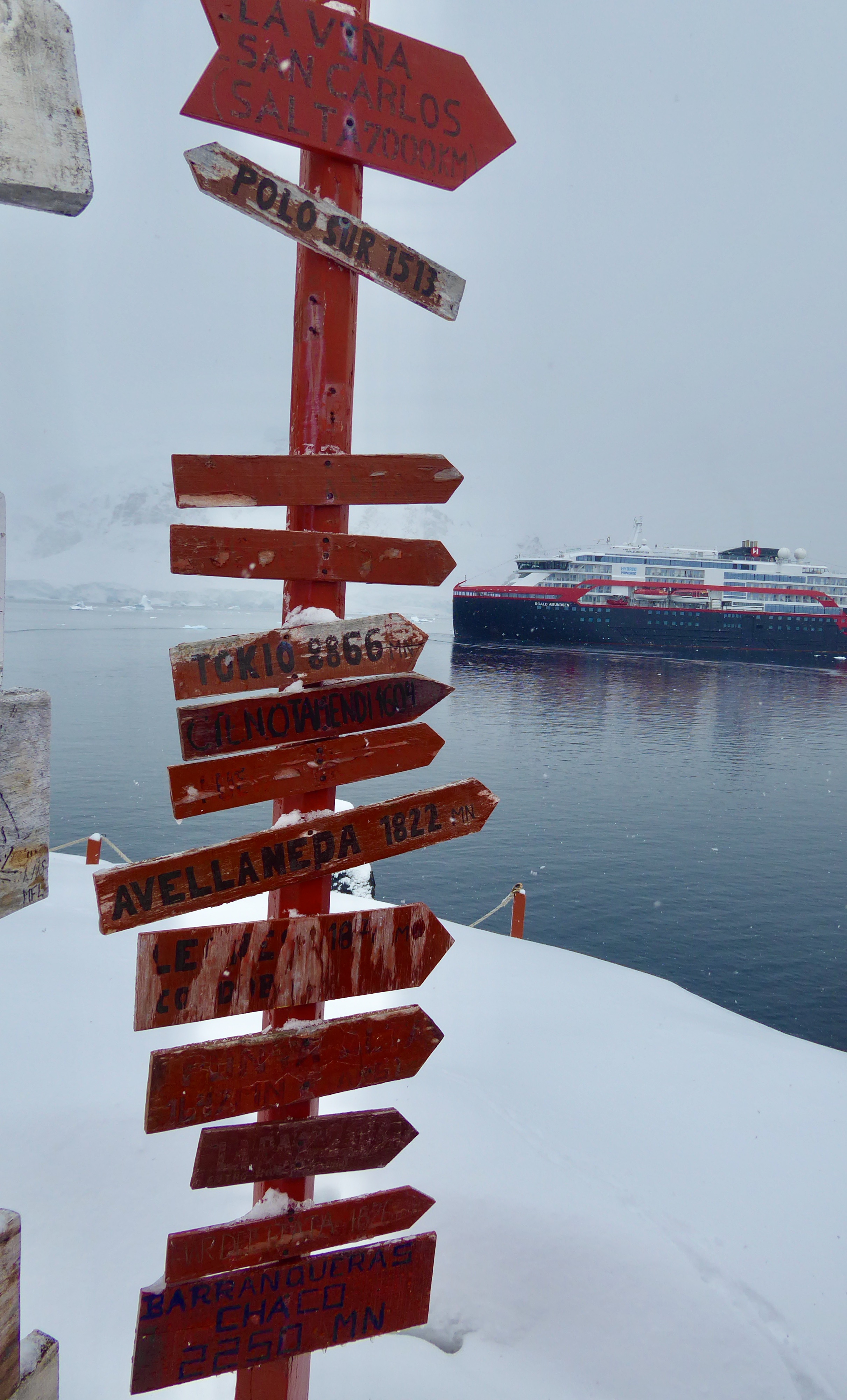 After a robust morning with the penguins, I skipped lunch, wrote a bit, and had a large-ish dinner. I noticed on the way in to dinner that they had a display of local Patagonian beer, so of course I had to try them (they’re free). I knew that barley wine had a lot of alcohol, so I tried that one first, and it was good. 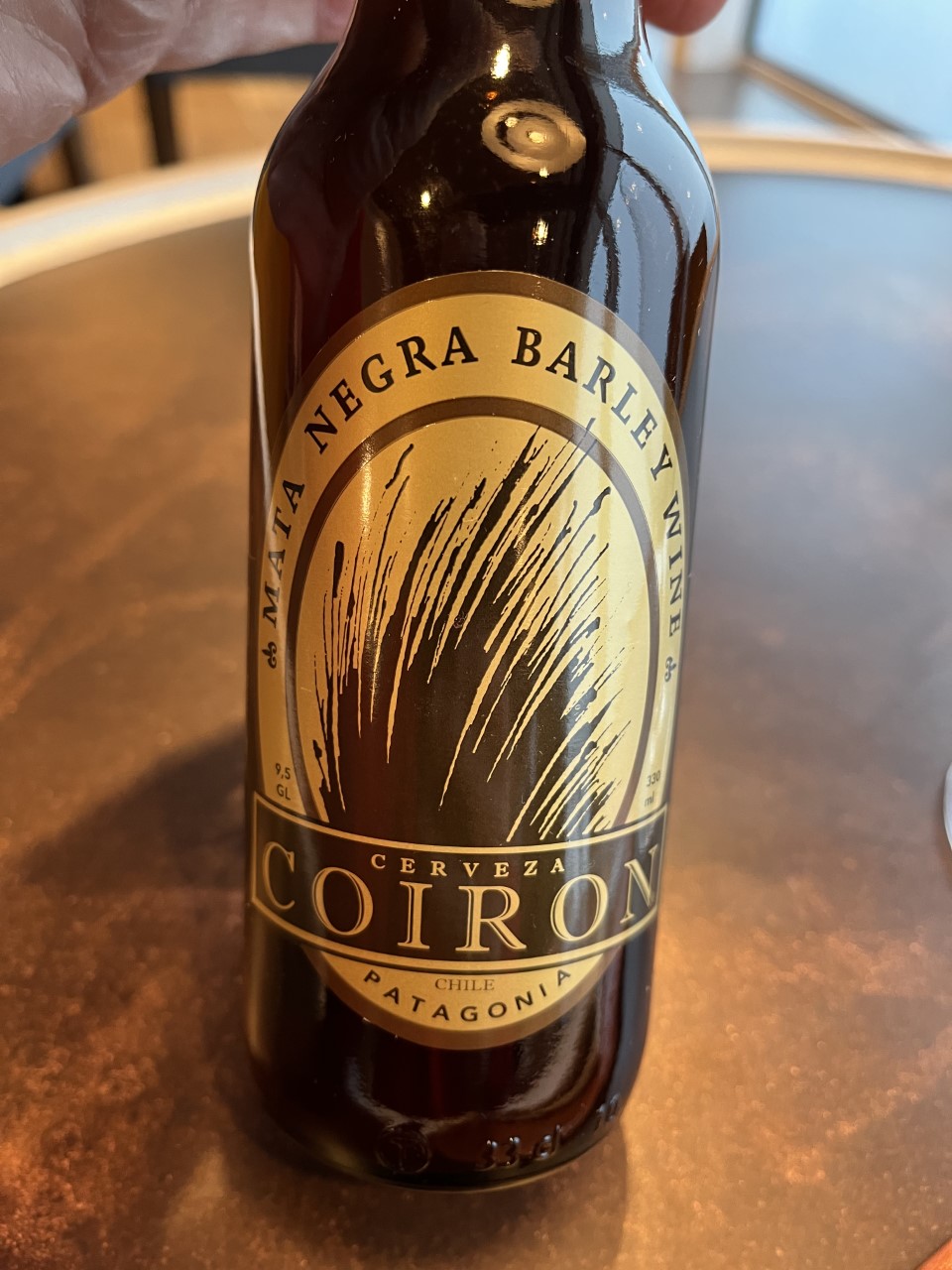 Lovely color, a bit off-dry as barley wines tend to be, and very tasty. I had a stout after that, and it was also very good. 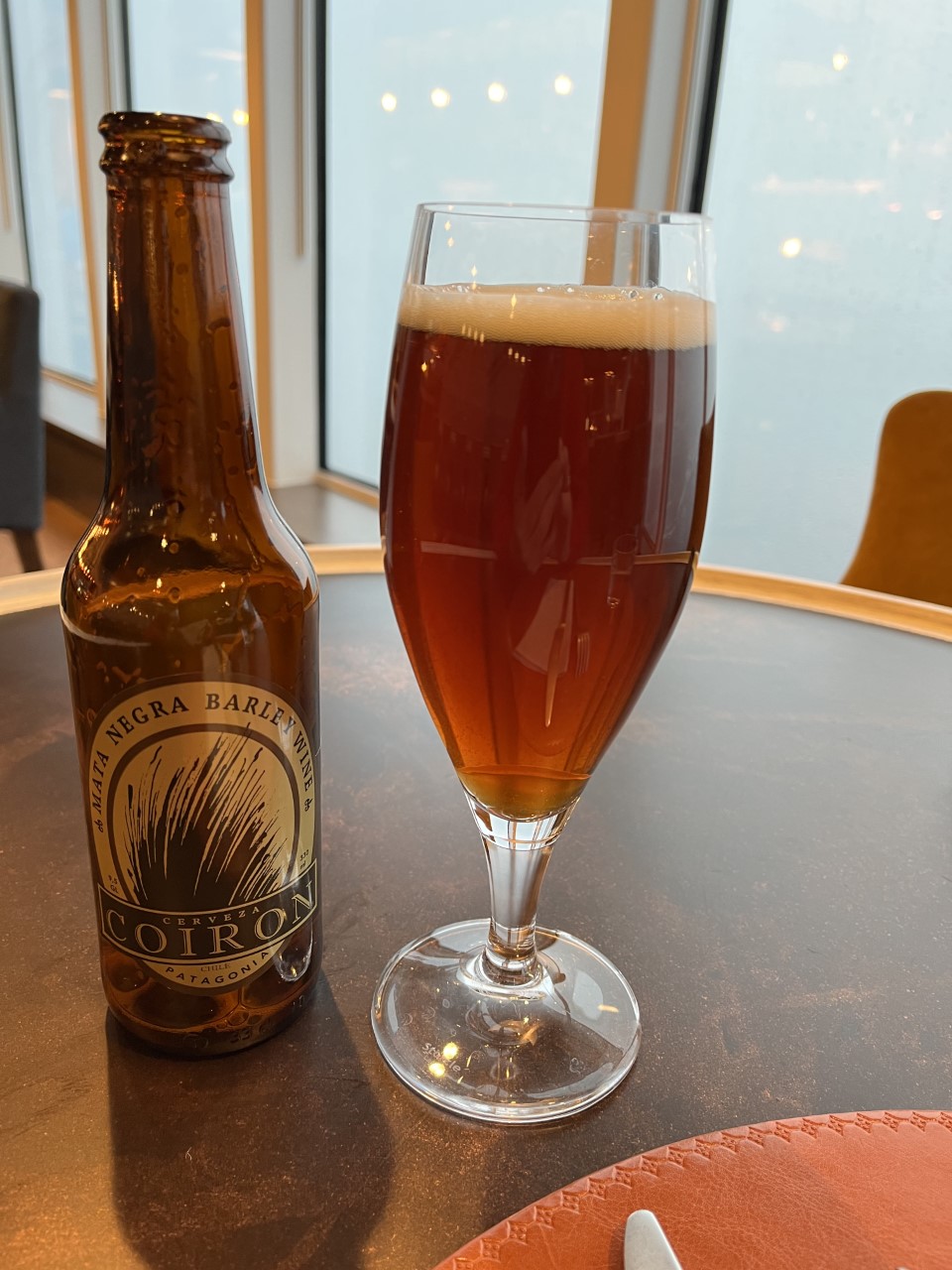 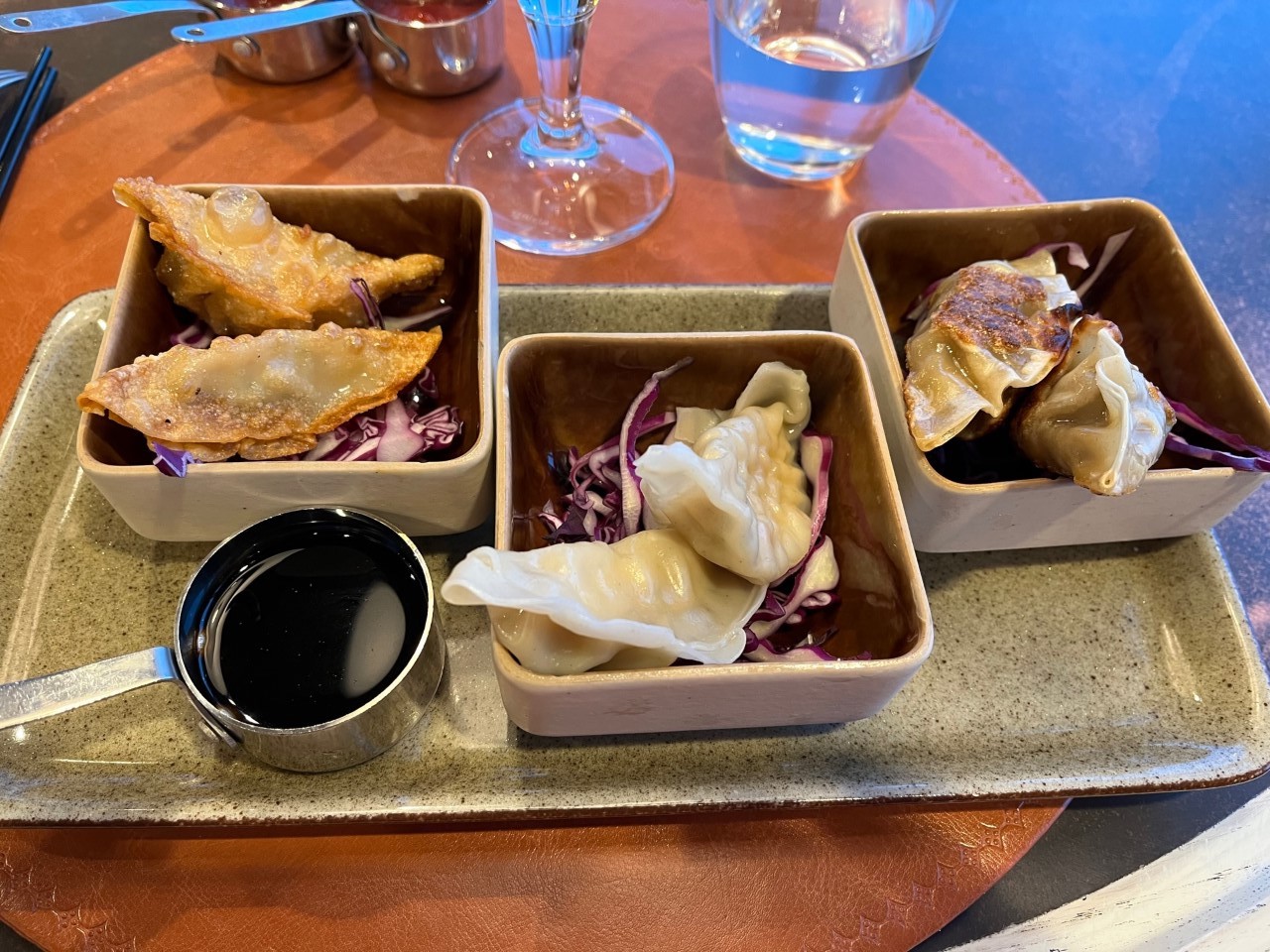 Then a smallish steak with veggies and fries, consumed with the stout. 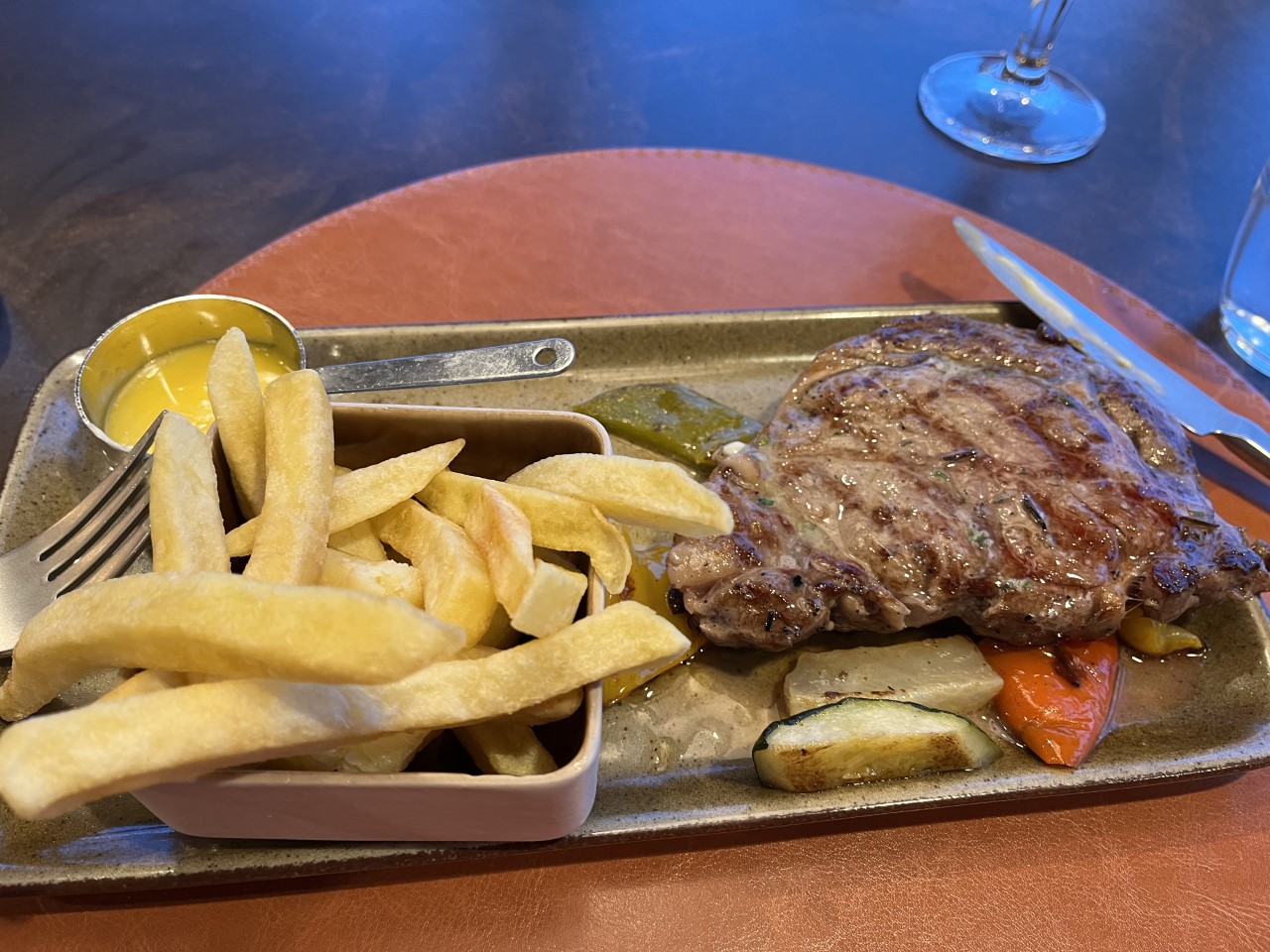 I had a strawberry milkshake for dessert, and my friendly waiter (one of the reasons I eat at the Fredheim) told me they’ll also spike your milkshake with rum. When he added that it would be six euros extra, I demurred, being a cheapskate. He put the rum in anyway, and I was pretty fricking tipsy when I stumbled back to my cabin.

Just to show you what I put on when I go ashore, here are my field clothes for a relatively warm landing (i.e., no heavy wind or rain). Next to my skin is a tee shirt, and then the light down jacket, and then the gray fleece. On top of this all I wear the Hurtigruten windbreaker supplied to all passengers, so I have four layers on top. My lower parts don’t get nearly as cold.

I wear a hat, though I don’t like them, and warm gloves. I also have my Hurtigruten expedition trousers given to me two years ago. (If it’s really cold, I wear a pair of Duo-fold expedition weight long johns under the pants.) A mask, required for being in the Zodiacs (but not ashore), rubber boots (mandatory, and from the ship), and a lifejacket complete the Antarctic couture.

I photographed my cabin door for sentimental reasons 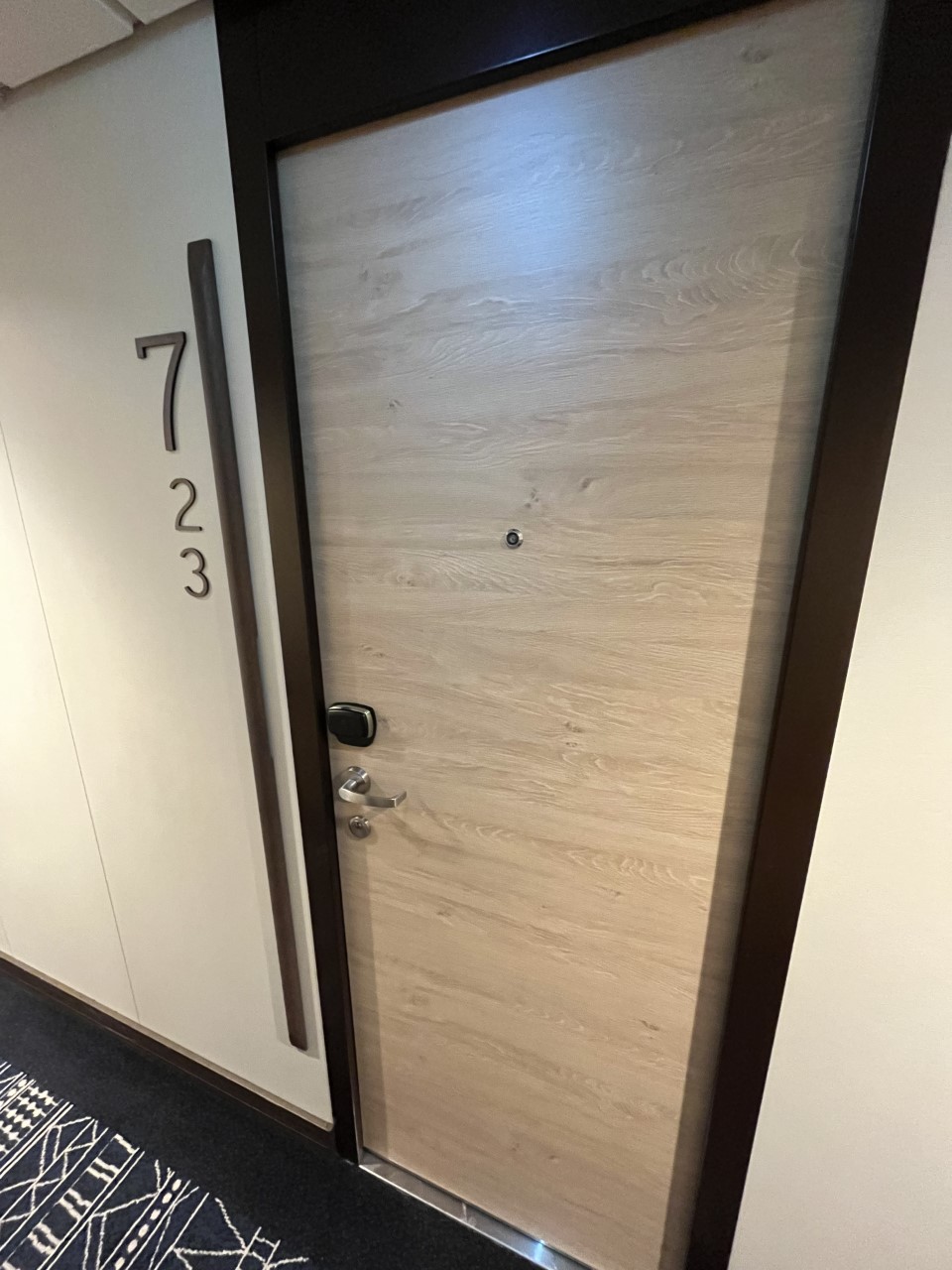