Where we are now: The ship’s real-time map shows us off the Antarctic Peninsula today, with two landings scheduled and a lecture for me to give in between. I may skip one landing, as I’ve been to Brown Station before and would have to rush, but even so posting will likely be light today. And I hate to miss a chance to see penguins, even if I’ve been to Brown Station and Neko Harbor before. 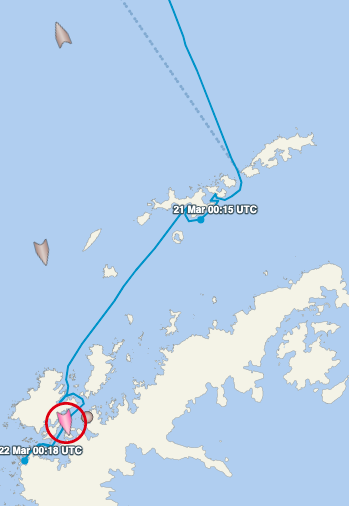 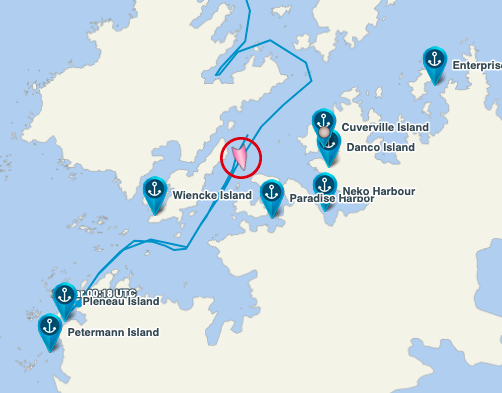 And a lovely view from my balcony at 6:45 a.m. How lucky I was to get a cabin with a balcony! 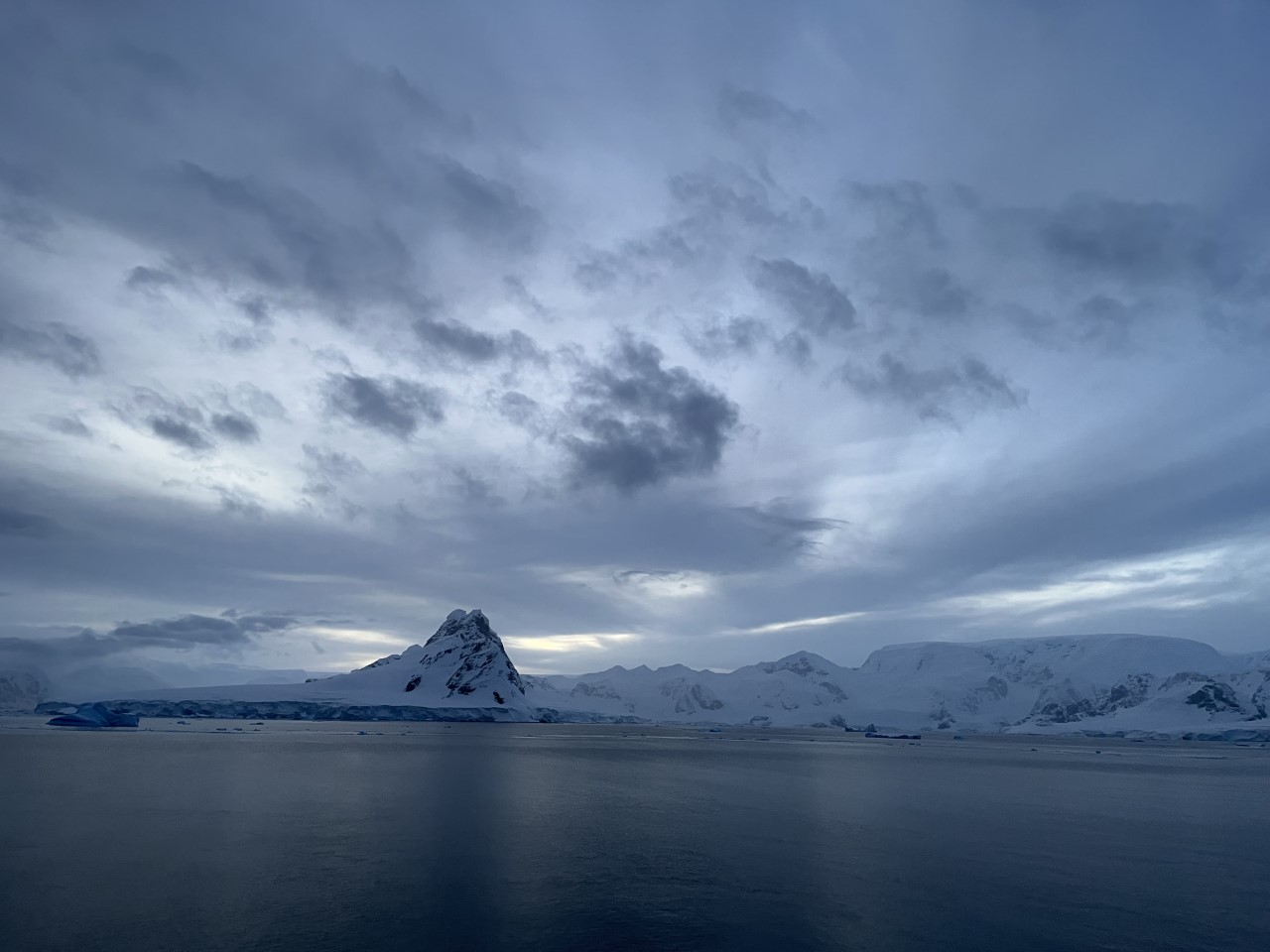 Welcome to a frigid Tuesday: March 22, 2022, and it looks as if I screwed up saying that yesterday was World Water Day. It wasn’t: today is World Water Day. Be sure to stay hydrated, sucking repeatedly on your cute little water bottle if you must.

If you want to keep this part of the site going until I return, please go to the Wikipedia page for March 22 and note your favorite events, births, and deaths on this day. And if you want to add some news that I didn’t have time to put up, by all means to so, as I must rush to breakfast.

*Here’s the headline and brief news summary from the NYT:

Increasingly, as the Russian advance in Ukraine slows to a crawl, the news (also CNN, MSNBC, etc.) are discussing Putin’s possible use of banned or unthinkable weapons:

With Russian forces struggling to advance along front lines that stretch over 1,000 miles across Ukraine, they are stepping up their air and sea campaigns in an attempt to gain momentum, while Western nations are growing increasingly concerned about Moscow’s potential willingness to turn to deadly unconventional weapons.

President Biden is preparing to travel to a NATO summit this week in Brussels, where the Western allies are expected to discuss how they will respond if Russia employs chemical, biological, cyber or nuclear weapons

If you’re wondering what “cyber weapons” are, go here; they’re regarded as either illegal or acts of war. Later, there’s this:

An unfounded allegation by the Russian leader, Vladimir V. Putin, that the United States and Ukraine had weapons of mass destruction in the country was “a clear sign he’s considering using” them, Mr. Biden told CEOs at the Business Roundtable on Monday evening. “He’s already used chemical weapons in the past, and we should be careful about what’s to come.”

Three-quarters of Mariupol’s population is gone (mostly evacuees), and a flood of refugees is inundating the EU, which allows Ukrainian citizens to cross borders without visas and stay for three years. The bulk of the flow of people is to Poland, especially Warsaw, which had no facilities for so many people, but the Polish people are banding together to find housing, food, and clothes for the new arrivals.

“We should be preparing for a long march,” Mr. Mroczkowski said, but, he added, he was amazed to see how many people from all over Europe had converged here and were dedicated to offering help.

Most of the people providing aid are volunteers, charity workers, or the staff of the expo center. Inside there are play areas for children, a medical clinic, showers, toilets, charging stations and a canteen. Donated clothes, baby strollers, wheelchairs, diapers, pet carriers and other necessities are piled up in one corner.

*Could the Russians possibly use nuclear weapons in its fight with Ukraine? Certainly not the big ones, but smaller “tactical” weapons are feasible, and shouldn’t be ruled out. As the NYT reports,

“The chances are low but rising,” said Ulrich Kühn, a nuclear expert at the University of Hamburg and the Carnegie Endowment for International Peace. “The war is not going well for the Russians,” he observed, “and the pressure from the West is increasing.”

Mr. Putin might fire a weapon at an uninhabited area instead of at troops, Dr. Kühn said. In a 2018 study, he laid out a crisis scenario in which Moscow detonated a bomb over a remote part of the North Sea as a way to signal deadlier strikes to come.

*The hearings have begun for proposed Supreme Court Justice Ketanji Brown Jackson, though I haven’t had time to watch many of them

Supreme Court nominee Ketanji Brown Jackson on Monday promised she would be an independent jurist who will decide cases “without fear or favor” — emphasizing her neutrality on the bench in hopes of heading off the expected criticism from Republicans that she has been a judicial activist.

Jackson, who will be the first Black woman on the Supreme Court if confirmed, spent her official introduction before the Senate Judiciary Committee detailing her approach as a judge, describing it as narrowly focused on resolving the issues before her. She has been a federal judge for nine years, both on the trial court and now on the U.S. Court of Appeals for the District of Columbia Circuit.

She’s well qualified for the position, and I like the fact that she was a public defender (I can’t name a Justice beside her who’s done this). She should be confirmed promptly—that is, unless the Republicans decide to make the hearings turn ugly. The Court is not going to change its conservative bent, as Jackson is a liberal replacing a liberal, so Republicans have little to gain by attacking a well qualified nominee. I anticipate that in the next two years we’ll have plenty of real screaming to do as the Court rules on several important issues on the docket. What will they do with Roe v. Wade?

*In case you’re thinking of traveling, the NYT also says that now is the time to see Angkor Wat, the Cambodian temple complex that’s one of the world’s greatest tourist destinations. If you’re fully vaccinated, getting there is easy, and the rate of infection in the country is low. This has been on my bucket list for years.

I’m short on time to peruse the news today, so please add below anything happening of interest.

Meanwhile in Dobrzyn, Hili plans a night out on the tiles, probably looking for mice.

Hili: The night is coming.
A: Time to sleep.
Hili: I have different plans 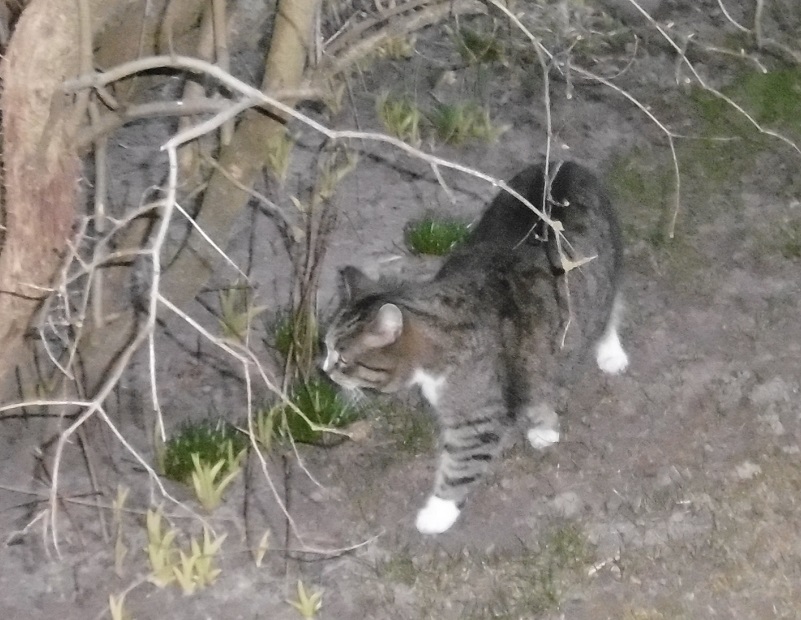 Here’s a photo of Andrzej’s and Malgorzata’s Ukrainian visitor/refugee Karolina (her mother’s also there) along with Paulina, the upstairs lodger and main staff person for Kulka. There’s also along a d*g belonging to Paulina’s father. Remember too that Paulina, when herself a small child, was the one who brought Hili to Malgorzata and Andrzej.  I must visit my Polish surrogate family very soon! 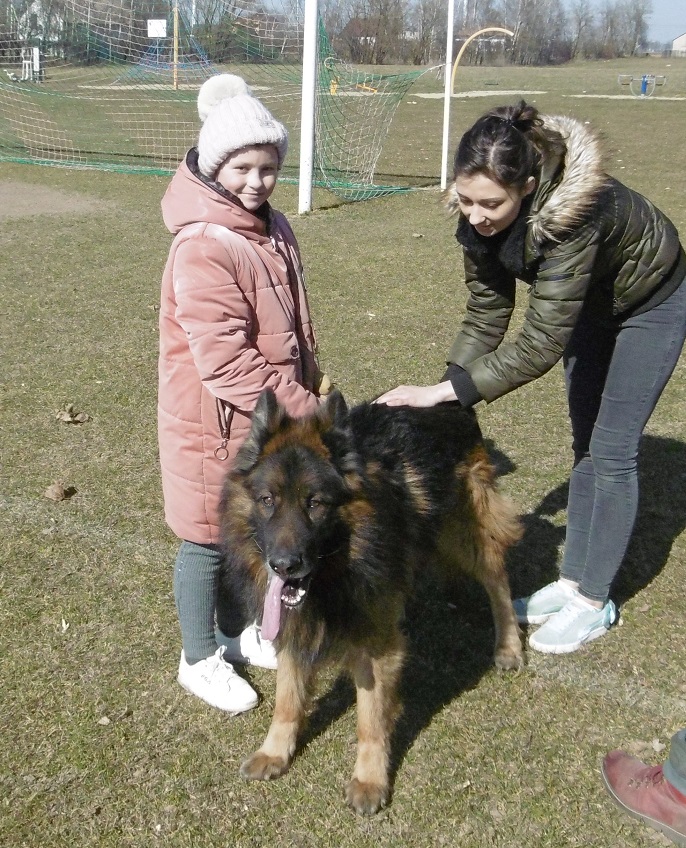 In line with the article on Polish hospitality to refugees above, Malgorzata adds that even beyond their two guests, the “tiny and rather poor (comparing with the rest of Poland) Dobrzyń, and the few surrounding villages, have already taken in 68 Ukrainian refugees. And every one was are taken by private people into their homes.” 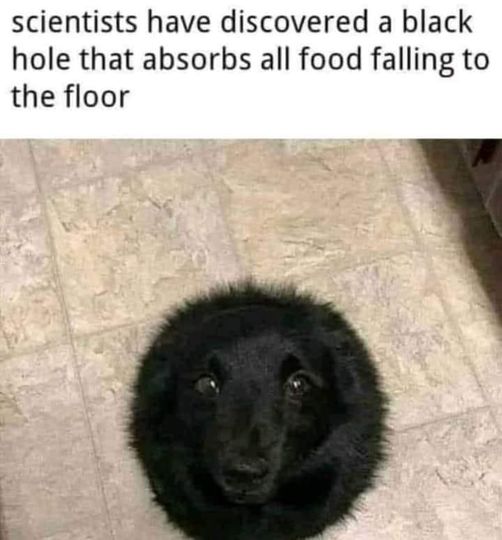 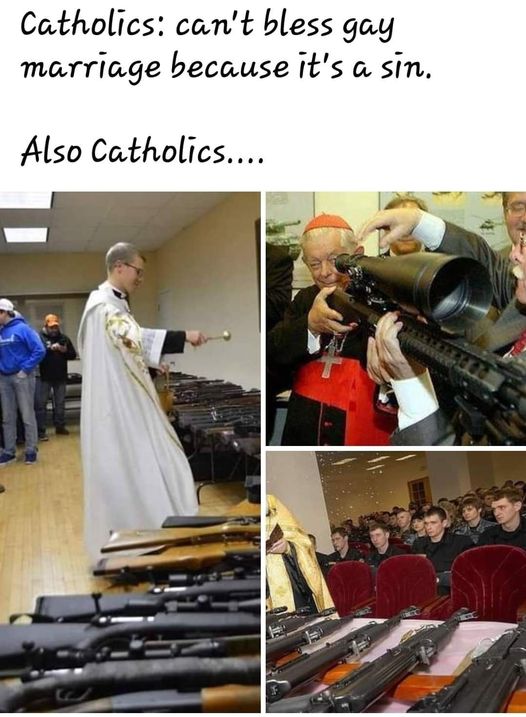 An importuning letter from John Steinbeck to Marilyn Monroe:

Masih reminds us that Iran is still waging war against women, and I suspect is using the Urkrainian/Russian conflict as a distraction to wheedle advantages in its phony “nuclear deal” with the gullible U.S.

Here I explain about only 3 miss informations about the situation of us Iranian women spread by New York Times and CNN. It hurts us a lot. Don’t do this to us. #LetUsTalk Is that too much to ask? @DeBalie pic.twitter.com/psIFoC3ehq

I believe Matthew is on his way to the U.S. for a meeting in New York’s Cold Spring Harbor, so we may be short of tweets for a few days. You could help by sending me one or two GOOD ones. Thanks. Here’s what I got from Dr. Cobb.

First, about Ukraine. Sound up:

I know these things are designed to move us, but goodness this is exceptionally powerful. https://t.co/8Wy1d7fsCR

This next tweet gets the Tweet of the Month Award. A Ukrainian woman with two cats a dog, a passel of luggage, and apparently evacuating on foot—that is a determined woman!

I don’t know her name, but this Ukrainian woman should become an icon. pic.twitter.com/rmXwMkBeAL

Matthew says that one-star reviews for scented items whose buyers can’t smell the item arre correlated with the prevalence of Covid, which for many attenuates their sense of smell.  As he says:

People started posting one star reviews on Amazon complaining that these scented candles did’t smell of anything. The number of these reviews closely followed the surge in the pandemic. Cos duh ppl couldn’t smell. There are some linked tweets from 2021 showing the change in “no smell candles” over time.

bad news: the one-star reviews are coming back! pic.twitter.com/7E42fEVcjN

Imagine there was a script INVENTED FROM SCRATCH BY ONE MAN in the 20th century, now used by hundreds of thousands of people and becoming the defacto standard for a language spoken by 7 million people – and you'd never heard of it.

Ol Chiki was created in 1925 by Raghunath Murmu for the Santali language, and publicized first in 1939 at a Mayurbhanj State exhibition. Previously, Santali had been written with the Latin script. However, Santali is not an Indo-Aryan language… 3/6 pic.twitter.com/MJPxR7ts0Y

This is.a good one, but the cat should be moving the clock consistently forward!

When it's not dinnertime yet but you're hungry af. pic.twitter.com/63CAEqkDpA