I suspect that any number of us could have written this piece at Unherd—at least in echoing its message—but it was written by William Deresiewicz, author, critic, and former English teacher at Yale.

What I mean by the above is that many readers have declared themself sick to death of NPR, offended by its fulminating wokeness that once wasn’t there. And if you deny that NPR is getting woker and woker, hewing to a “Progressive Leftist” line with little deviation, then you haven’t been listening. I have the local NPR station as the only one set on my car radio, and now I almost prefer silence, for what comes out of the speakers is absolutely predictable.

Why would somebody want to listen only to news that fits your ideological bias? The radio, like a college, is an instrument for learning, and, when partly funded by the taxpayers (as NPR is), should help challenge our thinking. Taxpayers don’t fund the New York Times or Fox News, yet even in this article Deresiewicz doesn’t mention the one-sidedness of a station that’s partly funded by tax dollars. What he’s beefing about is the ideological slant of NPR. The fact that it’s publicly funded only makes its one-sidedness more objectionable. Believe me, if Fox News were funded by taxpayers, Democrats would be up in arms, and I’d be among them.

At any rate, click below to read.  Yes, I know some of you will approve of NPR’s shows on art or music that NPR has, but what the author is talking about is a pervasive ideology. 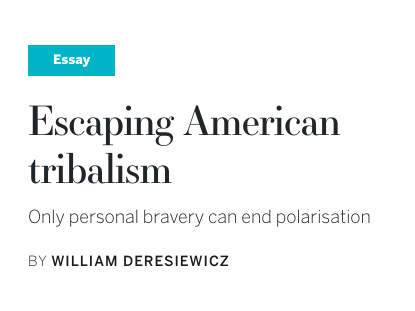 Deresiewicz begins with his discovery of NPR in 1987, when it was meatier and doing in-depth stories that simply couldn’t be covered by other stations (the author refers to an “All Things Considered” story about hiking the Appalachian Trail). He also fell in love with “Morning Edition” and “Fresh Air”. I liked those shows, too, and am not sure that even “Science Friday” with the inimitable Robert Krulwich is aired.  (I have to admit, though, that I always detested Garrison Keillor.) But, then. . . things changed:

And that’s the way it was for over 30 years, through the advent of Talk of the Nation and This American Life, of On the Media and Here & Now. NPR became the soundtrack of my life — when I drove, cooked, ate, exercised, did laundry — three or four hours a day, every day.

That is, until around the beginning of last year. My discontent had been building since the previous summer, the summer of the George Floyd protests. It was clear from the beginning that the network would be covering the movement not like journalists but advocates. A particular line was being pushed. There was an epidemic of police violence against unarmed African-Americans; black people were in danger of being murdered by the state whenever they walked down the street. The protests were peaceful, and when they weren’t, the violence was minor, or it was justified, or it was exclusively initiated by the cops. Although we had been told for months to stay indoors, the gatherings did not endanger public health — indeed, they promoted it. I supported the protests; I just did not appreciate the fact that I was being lied to.

But it wasn’t just that story. Overnight, the network’s entire orientation had changed. Every segment was about race, and when it wasn’t about race, it was about gender. The stories were no longer reports but morality plays, with predictable bad guys and good guys. Scepticism [sic] was banished. Divergent opinions were banished. The pronouncements of activists, the arguments of ideologically motivated academics, were accepted without question. The tone became smug, certain, self-righteous. To turn on the network was to be subjected to a program of ideological force-feeding. I was used to the idiocies of the academic Left — I had been dealing with them ever since I started graduate school — but now they were leaking out of my radio.

So that is pretty much what I did. Now, in addition to The Unspeakable, I listen to Blocked and Reported (Katie Herzog and Jesse Singal), The Dishcast (Andrew Sullivan), The Glenn Show (Glenn Loury, with John McWhorter as a regular guest), Honestly (Bari Weiss), and LibertiesTalk (Celeste Marcus). I don’t agree with everything these people say, still less with everything their guests do. Weiss is on the centre-Left, Sullivan and Loury on the centre-Right, but more to the point, all of these figures are heterodox, which means that their positions aren’t predictable.

The problem is that I don’t much like podcasts, as I can read faster than I can listen, and I don’t have a substitute for NPR, which I listened to only in my car. (I can’t listen to the radio if I’m doing something else, for I can’t pay attention to two things at once.)

You may disagree with Deresiewicz’s characterization of NPR, but it pretty much jibes with mine. I listen because I have to, but not raptly.

He goes on, decrying one-sidedness as not conducive to examining one’s views:

. . . But for me the most important way, and not just because it is the one I find most salient for me, is this. You change your mind when you consent to stop ignoring things you know full well but do not want to think about — things that you push to the edges of consciousness, or all the way out. Few of us are scientists. We do not gather facts through careful, ordered processes; we aren’t compelled to make our arguments in formal terms in front of expert referees. Our thinking is less about finding the truth than about making ourselves feel good. And so when we encounter a countervailing piece of information, an uncomfortable truth, we dismiss it as an anomaly, or as not undermining the general point, forgetting the previous “anomalies” and not regarding how they might together utterly destroy the point.

Yes, that’s it: NPR’s mission isn’t to change minds, or even inspire thought; its mission appears increasingly to make those on the Left feel good about themselves—it’s an audible and constant source of self-affirmation. More:

A few examples from my own thought. Some concern the recognition that we on our side are not any better, in many respects, than those scoundrels on the other. Yes, conservatives are making common cause with authoritarian regimes, but only lately did I let myself acknowledge that the Left has done the same for many years: with Cuba still today, Nicaragua in the 80s, North Vietnam in the 60s, the Soviet Union in the 30s. Yes, Republican leaders are cowards who refuse to denounce the Trumpian extremists in their ranks, but only recently did I allow myself to see that many leaders on the Left are equally spineless, equally faithless, equally complicit in the face of the extremists on their own side. For a lifelong Leftist pushing sixty, admitting this is, as Joe Biden might say, a big fucking deal.

I wouldn’t go nearly as far as Deresiewicz in demonizing the Left equally with the right (but remember the Return of the Lapbook Story!)—and Deresiewicz does say he leans Left—but I still feel manipulated by NPR in the same way he does.

And he’s right on the money when he calls for more “heterodoxy” in reporting. When you read for the first time an essay by Hitchens or Orwell, for instance, you can but rarely guess what they were going to say about politics. You might disagree with them, but they had formidable arguments that you needed to answer if you were to be thoughtful about your own views.

The only media I’ve found that isn’t clearly biased in its reporting is the Wall Street Journal news section, but its op-eds are usually a hotbed of predictable right-wing pabulum. The NYT is often reliable, but increasingly its ideology seeps into its news. The same goes for The Washington Post. In other words, the media has become derelict in its duty to make people think.

60 thoughts on “The slow death of NPR”