Where we are now: According to the ship’s real-time map, We’re in the islands off the Antarctic Peninsula, looking, I think, for refuge from the fierce winds and swells that are raging today. We were supposed to go on Zodiac cruises in Fournier Bay (red arrow in second picture below), but given the way the ship is rocking, I strongly doubt that will happen.  (The seas are very rough again, and stuff is falling over in the dining room.) 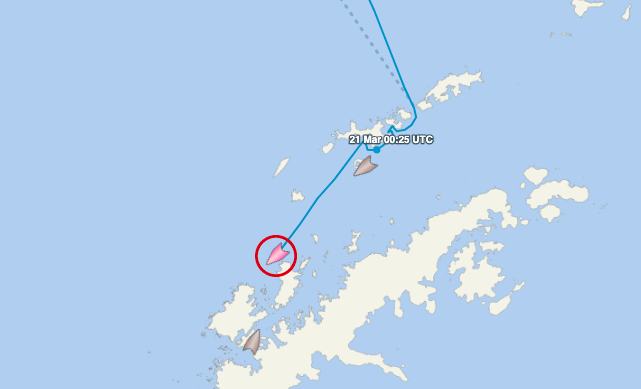 Our planned destination: Fourner Bay (red arrow) in Anvers Island, a large (2,432 km2) mountainous island. Were were originally bound for Paradise Harbor, shown on the map below. 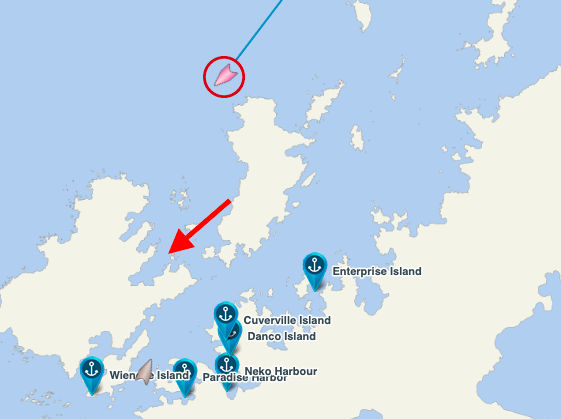 I was called to the clinic downstairs for the mandatory PCR test for passengers, given on the fifth day of the cruise. I tested negative, thank Ceiling Cat. But they had scheduled me for 6 a.m. and I had no idea! I was the very first passenger to be tested (I got no advance notice that I was to be tested so early). You go back to your cabin, wait 10-20 minutes, and if you get no phone call, you’re good. This is about my eighth covid tests, four of them PCR tests, since the two days before I left for Chile.

Which reminds me of a joke:

One hydrogen atom says to another, “I’ve lost an electron!”
The other hydrogen atom replies, “Are you sure?”
The first one says, “I’m positive!”

Good morning on Monday, March 22, 2022: World Water Day. I never drink enough water, as I don’t like it much, and the result is that I’ve unknowingly been dehydrated to the point of dizziness several times. While I criticize adults who swig on water constantly like babies with their bottles (the impulse must be similar), you can at least consume 6-8 glasses of dihydrogen oxide per day. Or have seltzer!

If you want to lend a hand, go to the March 22 Wikipedia page and highlight for us the notable events, birth, and deaths you find striking.

Today’s NYT headline notes that the fighting in Ukraine shows no sign of letting up, nor the Ukrainians of surrendering. Click on the screenshot to read.

The port city, of course, is the battered Mariupol, and here’s the news summary:

Ukraine rejected Russia’s demand that soldiers defending Mariupol surrender at dawn on Monday, with officials accusing Moscow of using the hundreds of thousands of people trapped in the city as hostages.

The Ukrainian government was doing all it could to help people escape “that tortured place,” said Olena Zelenska, the wife of President Volodymyr Zelensky. Russian forces shelled what little was left of the city, its streets littered with rubble and the dead.

. . . Iryna Vereschuk, a deputy prime minister of Ukraine, told Ukrainska Pravda that her country rejected the Russian demand for surrender. She called on Russia to open a humanitarian corridor in Mariupol so thousands of civilians trapped with little food or water can escape.

Yesterday the Russians bombarded an art school in Mariupol. Many were trapped in the rubble, and the death toll may be high. Here’s what President Zelensky said about it:

“There were no military positions,” he said, adding that the 400 people sheltering there from relentless shelling in the city were mostly women, children or seniors. “They are under the debris. We do not know how many are alive at the moment.”

And for the first time, the Russians began bombarding Mariupol from ships.

A shopping mall was struck in Kyiv, killing at least four and perhaps up to a dozen.

On his eponymous Substack site, writer Michael Tracey reveals that “Unfortunately, displaced Ukrainians are calling for World War III.” He interviewed many Ukrainian refugees, and nearly all of them support President Zelensky’s idea that we should “close the skies” {creating a “no fly zone” for Russian planes} over Ukraine. It’s a bad idea, because it would surely drastically widen the war. When apprised of this likelihood, this was the kind of response Tracey got:

When I brought up the possibility of a No Fly Zone, she was unequivocal in her support. “It will save those who can’t leave,” she said. I gently asked if she was aware what a No Fly Zone entails; that it would require direct US military intervention, and therefore war with Russia. “I am mother. I am not politician,” she said. “Issues with war should be decided by politicians.”

*This article on Bari Weiss’s Substack site, “The takeover of the American legal system,” by Aaron Silbarium, is a must-read. Yes, he writes for a right-wing site, but I’m familiar with many of his allegations and know them to be true. His point is that, increasingly, law schools are urging their graduates to abandon the “neutral justice” stance, which gives everyone a criminal defense and requires a “not guilty” finding if there’s reasonable doubt. Further, there is no pressure on criminal defense attorneys to reject “unpopular” clients like Harvey Weinstein, destroying a fundamental pillar of the American justice system. I’ll give one quote:

Starting this Fall, Georgetown Law School will require all students to take a class “on the importance of questioning the law’s neutrality”and assessing its “differential effects on subordinated groups,” according to university documents obtained by Common Sense. UC Irvine School of Law, University of Southern California Gould School of Law, Yeshiva University’s Cardozo School of Law, and Boston College Law School have implemented similar requirements. Other law schools are considering them.

As of last month, the American Bar Association is requiring all accredited law schools to “provide education to law students on bias, cross-cultural competency, and racism,” both at the start of law school and “at least once again before graduation.” That’s in addition to a mandatory legal ethics class, which must now instruct students that they have a duty as lawyers to “eliminate racism.” (The American Bar Association, which accredits almost every law school in the United States, voted 348 to 17 to adopt the new standard.)

There’s a lot more, so do read it. If Silbarium be right, a lot of our protections for defendants are going down the drain.

*The Washington Post has an article on Lia Thomas’s victory in NCAA swimming that seems to be slanted towards the view that all transwomen should be able to compete athletically against biological women. They don’t mention any science or data, but do quote this with approval:

But it was something Bailar [Schuyler Bailar, Thomas’s “friend and advisor”] said the day before that might linger as sports organizations grapple with legislation for transgender athletes.

“If you try to police Lia’s body or any other trans woman’s body, then you have to police all women’s bodies,” he said.

To exclude transgender women, sports officials will have to know which athletes are trans and which are not. Organizations will have to come up with a way to test all female athletes.

No, they simply ask the athletes and exclude them if they lie. And if they transitioned after puberty, that would be a matter of public record.

Meanwhile in Dobrzyn, the Hili dialogue below required some explanation for me. Malgorzata helped out:

We have just one word for “border” and “limit”. Russians think that there are no borders for their empire. And now people think that there are no limits to their cruelty in Ukraine. But sometimes there are also no limits to heroism and help by good people. So you can interpret this dialogue (in Polish) any way you want. I don’t know how English-speaking people would understand is because the double meaning of the word is lost.

Hili: Where are limits?
A: Sometimes there are no limits. 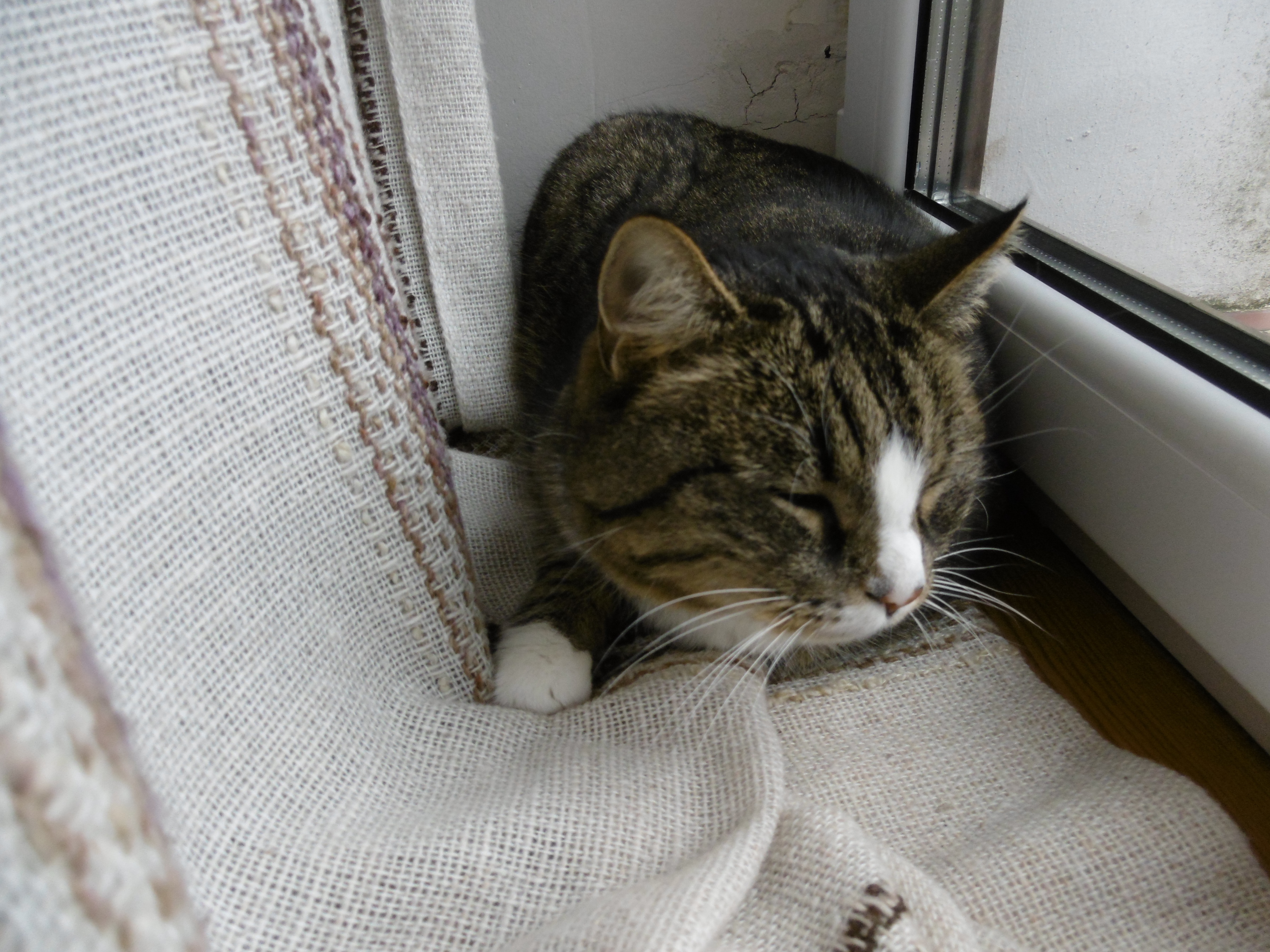 Lagniappe: a bonus picture: Andrzej with one of the two new Ukrainian guests who fled Kyif and are staying in Dobrzayn. Here is 8 year old Karolina, along with Szaron the cat. (Karolina loves the cats.) What a nice photo! Karolina’s mother, Natasza, is going to teach Malgorzata today how to make real Ukrainian borscht.

As I said yesterday, Karolina’s father and 20-year brother are still in Kyiv to fight the Russians. It’s a difficult situation for everyone; but Andrzej, Malgorzata, and their lodgers upstairs, as well as others in Dobrzyn, are doing what they can for the pair and a few other Ukrainian refugees who found their way to the tiny town of Dobrzyn. Karolina and Natasza are in good hands (and Andrzej loves children). 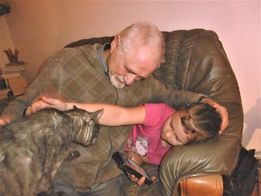 From Isabelle, a Russie Smollett!: 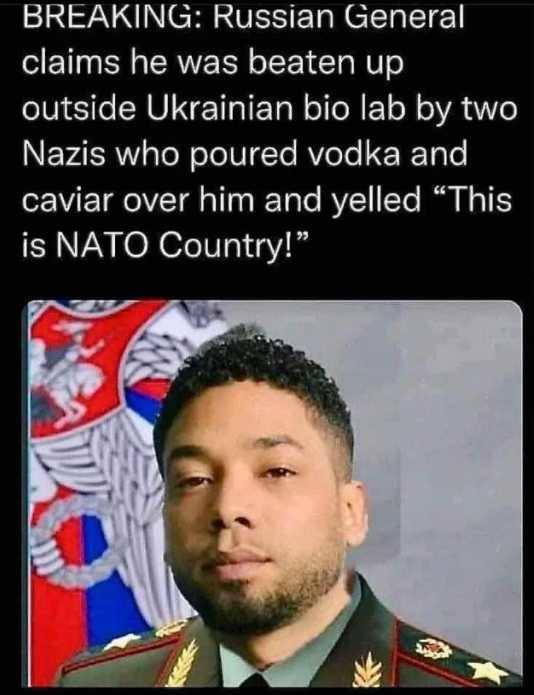 From Jesus of the Day: He’s right, you know. 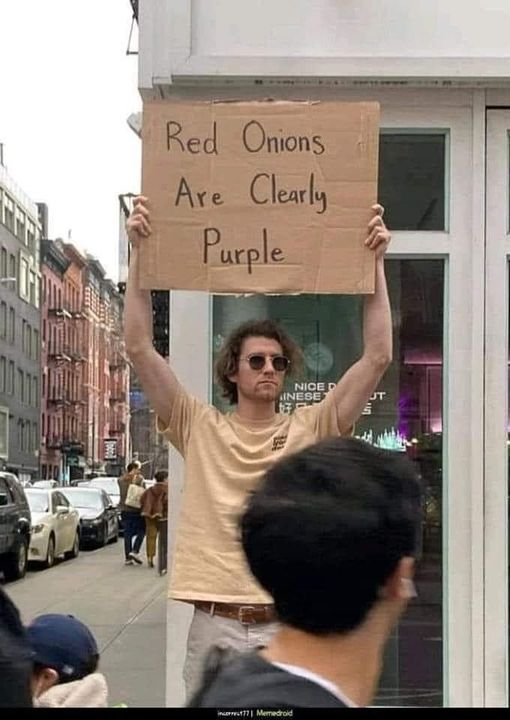 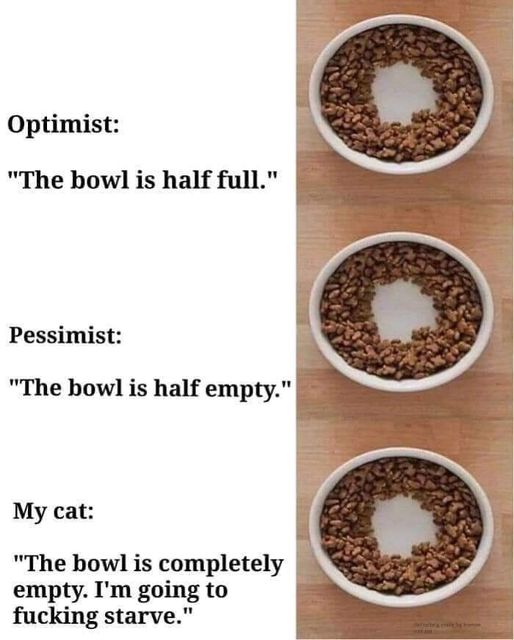 The man is a polymath, but “After Life” is his masterpiece.

I designed a T Shirt to help wild things https://t.co/UitMPaDwRq

From Barry, who says “Okay, so maybe dogs aren’t the smartest problem-solvers . . . but Fido here impresses.”  I’m not terribly impressed: the dog could have jumped unless he’s feeble, and a cat simply would have leapt onto the chair.

An oldie but a good from Gerd:

What are they talking about? 😅 pic.twitter.com/WzudMbd1IC

From Simon: any scientist who publishes papers will recognize this attitude.

A reviewer is born pic.twitter.com/g57Fz9Oxxk

Tweets from Matthew.  I know that these issues are easily resolved by presenting a fish:

anyone know anything about drive shaft seals? pic.twitter.com/rzvxfwwM42

Matthew says, “Thread of visitor to Petra; you’ll like the final tweet.” And so I did; it’s the fourth one below.  This is a place I’ve always wanted to visit.

It takes ~1.5 hours to reach the top from the start point at the Royal Tombs. The views on the way are simply stunning. Cloudy day means no more sunburn, but 2°C temperature meant red face from hypothermia. Clouds also good for pictures as colours of red stones come out great! pic.twitter.com/ELp46coxJ8

What was even greater than the view were the cats at the top. First one came out of nowhere, then a 2nd kitten joined soon after! Although my jeans ended up full of red desert sand paw prints, it was surely a great moment to de-stress a bit after some hectic weeks. pic.twitter.com/wvu2AQ4SuW

LOOK AT THESE THINGS!

Basically Ovaries with mouths! The queen maintains peak egg for 7-10 years. New eggs can be produced every 3 seconds & she can live for 20 years

The Ghost of Kyiv #Ukraine pic.twitter.com/V3QcDm5gfI