Well, a half hour before bedtime. It’s getting dark, and that means that everything turns blue in Antarctica. Here’s the view from my balcony: lots of floating ice, with an occasional big iceberg.

Tomorrow you will see a beautiful field station, a passel of molting juvenile penguins, a snow chute that you slide down on your butt, and you’ll learn that I ate abstemiously today. 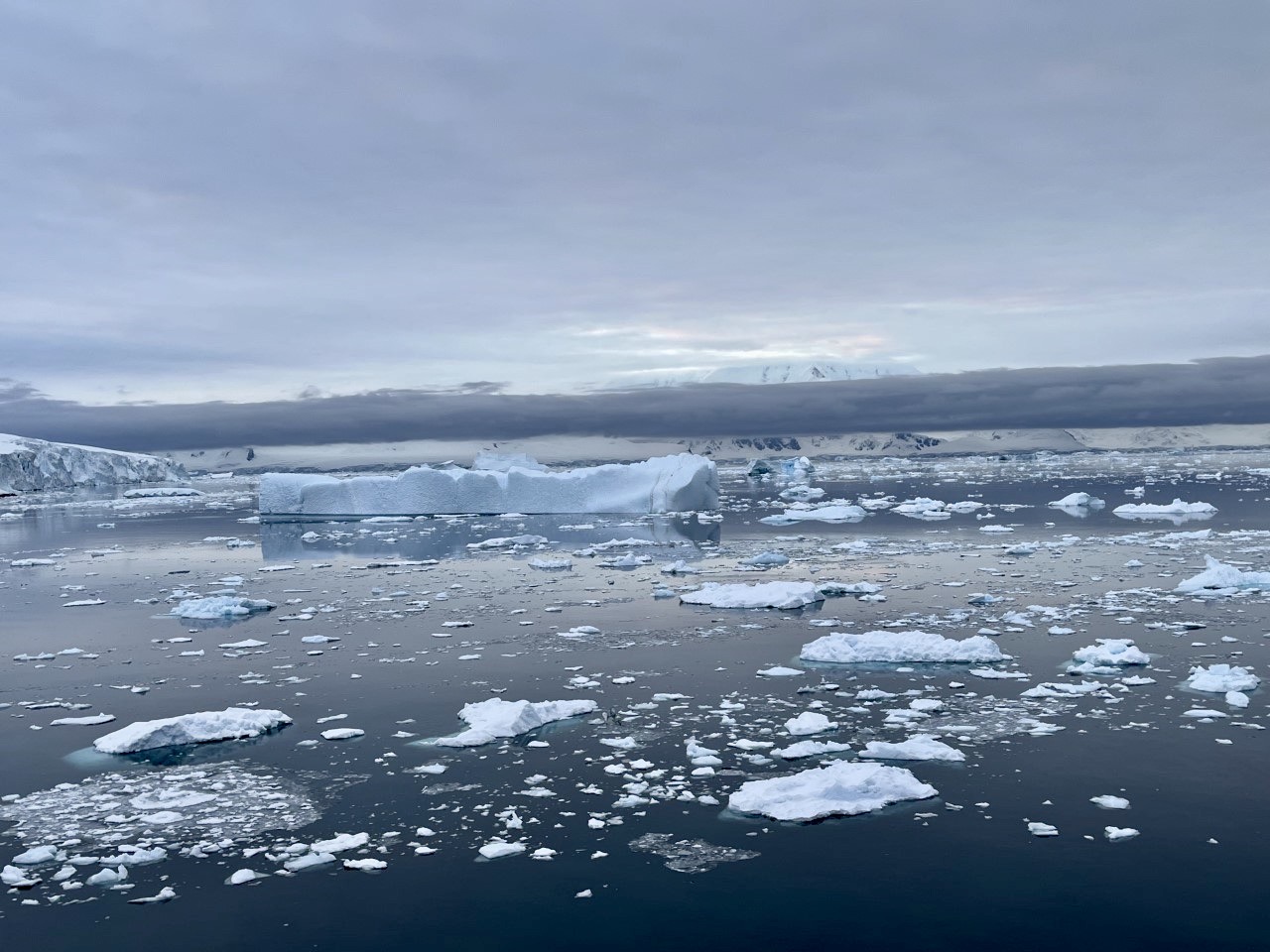