From Cole and Marmalade we hear of Anna Wan, a UK woman who gave up a high pressure job for one of the world’s most pleasureable jobs—a visiting cat nanny. Click on the screenshot to read:

Anna Wan from the UK decided to trade her work colleagues for cats. And who could blame her? After all, who among us wouldn’t like to give up the rat race to be a feline nanny?

After working in PR and events management for years, she decided her ideal job would be more flexible and allow her to be around cats more and people less.

At 38, she was recently married and settling into life in Wokingham, a town west of London. Now, she was ready to take a chance and start a cat-sitting service called The Feline Nanny.

Her website is at the link, and Wan offers three levels of service, all of which seem reasonable.

Services the Feline Nanny provides range from basic to more extensive, depending on the client’s needs.

Wong has her own ginger tabby, which, of course, is named “Garfield”: 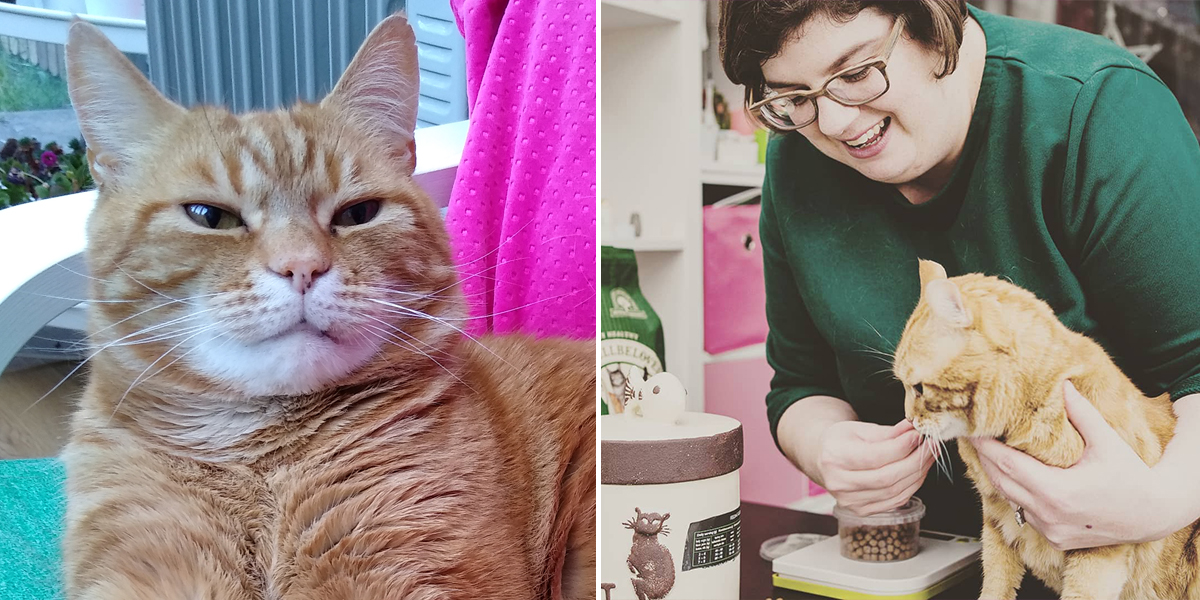 Soon after starting her business, Wan found a steady list of clients. To make cats comfortable, she cares for them in their homes and gets to know each cat’s unique needs and personalities.

As cat lovers know, they can become easily stressed in unfamiliar places. Never fear; the Feline Nanny is here so they can relax when their pet parents are on vacation.

Wan and Garfield from her FB page: 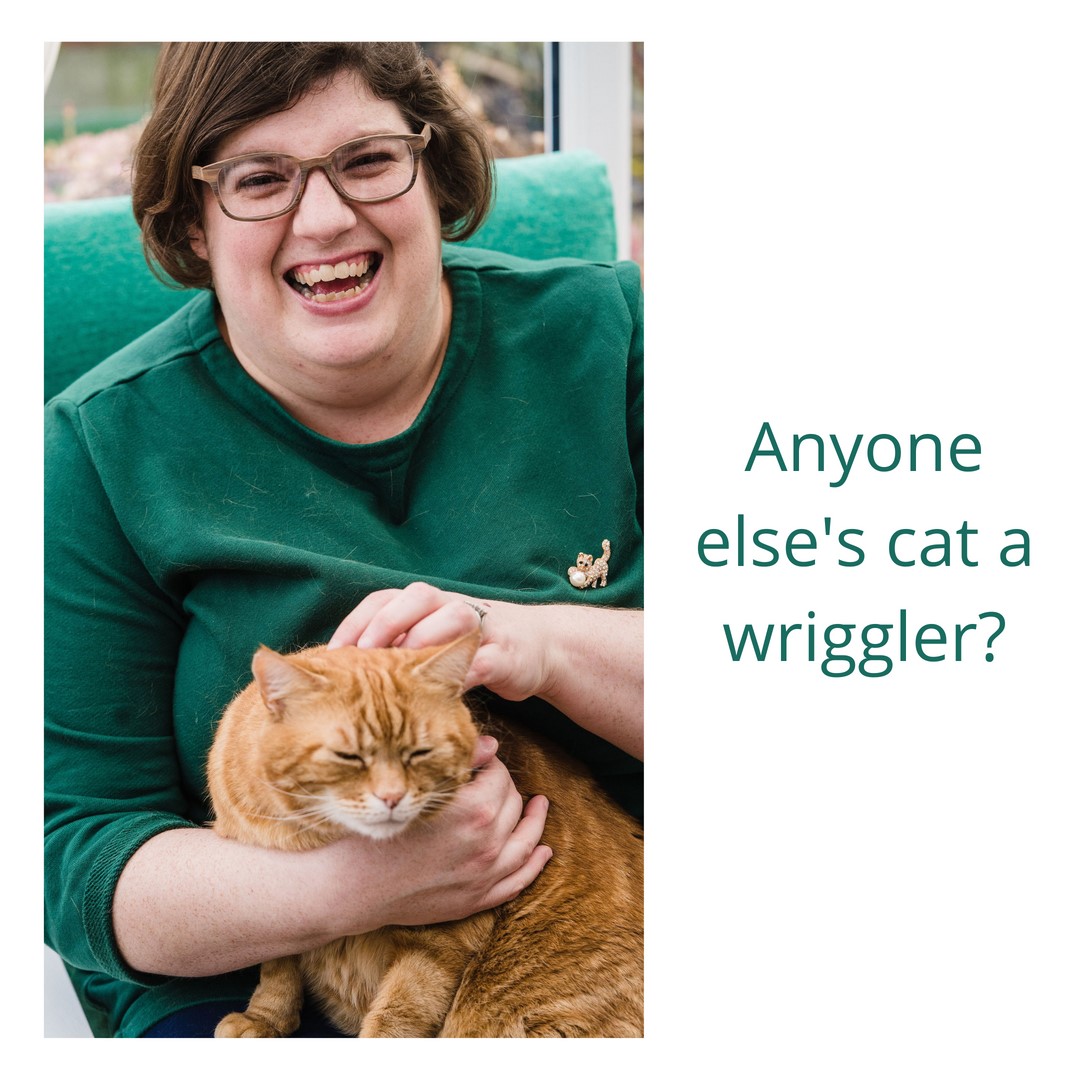 Now, many cat owners in the area are relieved to have first-class service from a cat lover with a lifetime of experience. Plus, she’s a member of the National Association for Pet Sitters, has a clean driving record, and is fully insured for pet sitting and associated services.

A post shared by A bespoke cat sitting service (@thefelinenanny1)

So if you’re in or near London, and want first-class cat care, you know who to call. This job seems pretty cool to me: you get to interact with a lot of cats and get a lot of exercise going from cat to cat. How many cats? She takes care of as many as twenty cats a day, and has a client list of 150 moggies. 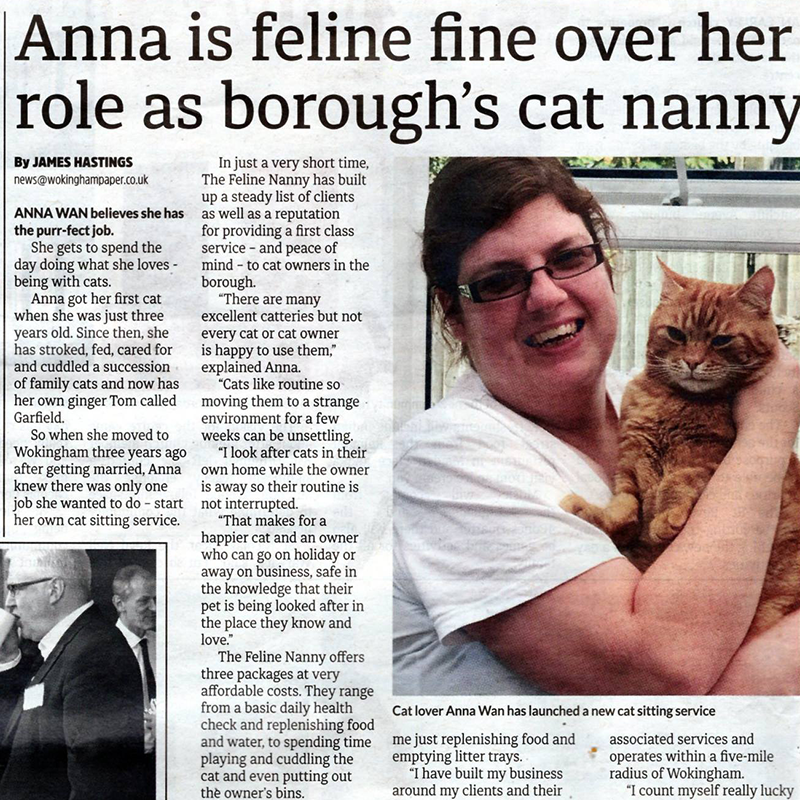 This is great: a cat with moxie! There isn’t much information about this video, but it doesn’t matter. Turn the sound up to hear the cougar hiss while the housecat remains unfazed:

Reader Paul called my attention to this site, saying, “This organization is counting all the cats in the Washington, DC area via a number of techniques, including phone apps for the public to use. They use image recognition software to match up photos of the same cat.”

Why are they counting the cats of Washington? The rationale:

They analyzed nearly six million photos, and cats were the most common animal found, with squirrels a close second.  Now of course “detections” do not equal “number of animals”, for the same animal could have been detected more than once, or they might have missed some cats. 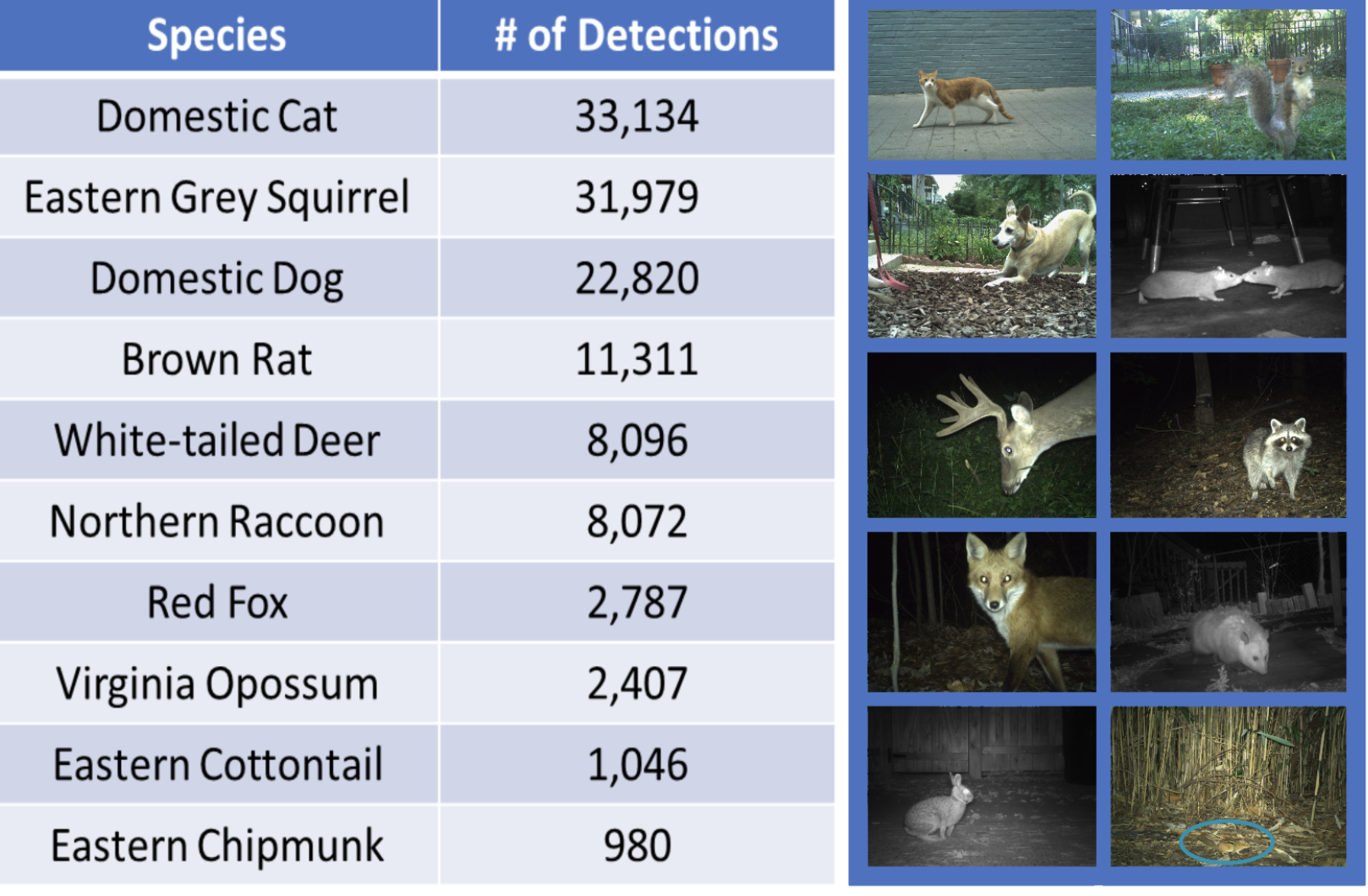 The camera survey is described here, which has a detailed interactive map of where cameras were placed and cats were spotted (n.b. this is not to be mistaken for the locations where cats with spots were seen).

So how many cats are there in Washington, D.C.?  I couldn’t find an answer!