This is something I not only see happening all the time, but also worry about it happening to myself. The phenomenon is this: someone of a liberal bent gets called out, demonized, or canceled on social media by the Woke, and is more or less blindsided because of it.  Then a series of semi-predictable steps occurs, with many stopping before the last step, which corresponds to the lowest circle of Hell.

I won’t give a lot of names, but I’ve given names of people who seem to have stopped at various levels.

1.) Person strikes back either once or not at all at those who have gone after him/her. Remains a liberal. (Example: Nick Cohen)

4.) Person moves much further towards the right, becoming more or less a conservative (Example: James Lindsay, who voted for Trump, apparently as a reaction to wokeness.) This is akin to having abandoned your ideological principles in the service of revenge, but it never works because the Woke never forgive.

Now of course not everyone goes down this route, but it is a natural pathway, and to me an understandable one: it’s a way of repeatedly striking back at those who, you think, have wronged you. And there are exceptions. Although Andrew Sullivan was center-right, the follies of the Right have moved his politics toward the center. And Sullivan, who’s remarkably open-minded, seems impervious to criticism, and is willing to admit when he missteps.

As for me, I constantly worry about the excesses of the Left moving me towards the Right. (You know the old saying, “A young person who is a conservative has no heart; an old person who is a liberal has no brain.”) And I console myself by saying that I haven’t moved towards the Right; rather, I’ve stayed put while the Democrats have moved leftward. In general I think that’s true, but I always wonder whether, were I to meet my 25-year-old self and exchange political views, the younger Jerry Coyne would be upset at the views of the older one. A tweet by Colin Wright expressing my concerns is mentioned by reader Michael Hart in comment #4 below:

My political journey in a nutshell. pic.twitter.com/2bZJdqUpk5

I’ve been a diehard Democrat my whole life, and even voted for Bernie Sanders in the primary. My liberal history when I was younger is known to readers here, but whatever political “activism” remains comes out in this website. (Granted, I spend a lot of time bashing the “Progressive Left,” but that’s because I want to save the classical liberal Left.

I may be missing steps, and am loath to give examples lest I insult people. But feel free to weigh in. Just don’t call me “alt-right” or I’ll ban your tuchas. 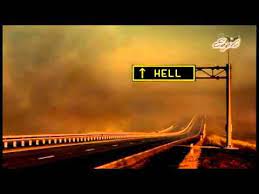 85 thoughts on “The road to perdition for the Demonized”