Several months ago, 23andMe was running a sale on DNA analysis for only $99, which gave you not only a good guess at your ancestry, but also a readout of a large number of nucleotides in your genome—and perhaps the chance to find lost relatives.

I got my kit, spit in the tube, followed all instructions scrupulously, and sent back my material.

During the two months’ wait, I got a fair number of “build up my excitement” emails from the company. I could get my medical information if I wanted—the maladies I’d be most likely to die from! (I said, “No thank you.”). I could find Coynes who shared my genes! The results were on the way! They’re almost here! And so on and so on. . .

And then today I got this: 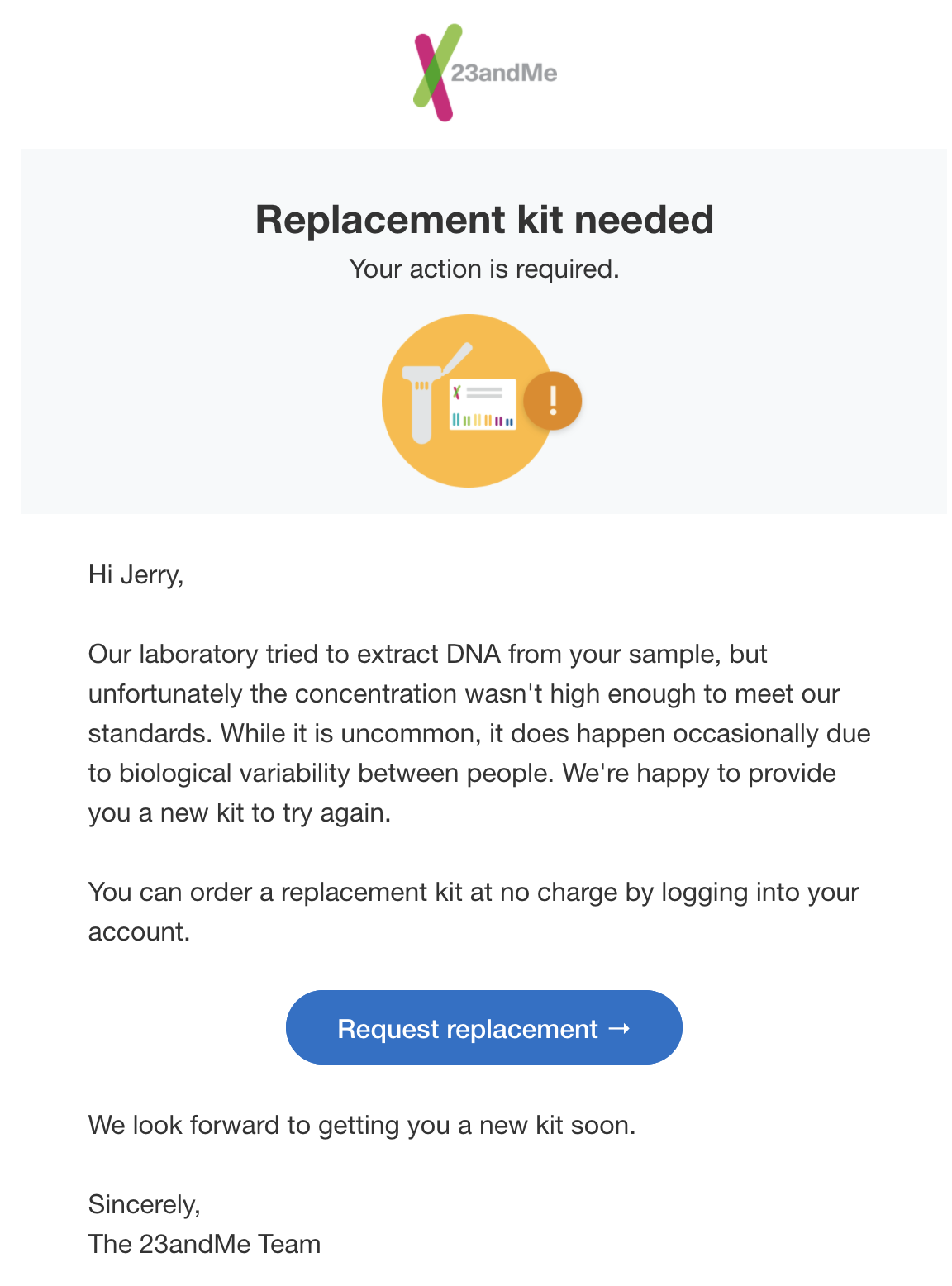 Apparently my saliva wasn’t good enough. It’s nice of them to offer a free new analysis (I knew that when I paid up in the beginning), but I’ve been waiting for several months for the result. Would I be a Jew? Would I be part Irish? Would I be handsome? Would I be rich? And here’s what they said to me: “Que sera, sera.”

I informed Matthew of this event, and the wag responded, “Why, what happened? Did you come back 50% Neanderthal?”

Very funny, but, as we both realized, the PCR amplification had for some reason failed. I followed the directions carefuly and sent the kit back just a few days after I got it. Frankly, I don’t care if I’m 50% Neanderthal (they’d be able to tell that anyway), as I’ve done pretty well for an early offshoot of modern H. sapiens. (I consider Neanderthals to be H. sapiens rather than a different species because we clearly interbred with them, and the hybrids must have been at least partly fertile.)

So, stay tuned. My Coynezaa present to myself didn’t work out, but there’s still a chance it will.