It’s a new Caturday, and Bored Panda has a collection of 30 photos of celebrities with their cats. Click on the screenshot to see them all, but I’ll show six.

The Brazilian journalist Paula Leite Moreira is one of those rare guardians of peculiarly interesting cat history. She has collected thousands of photos from the previous century, and shares them on her dedicated Instagram account. There you can see how cats shared the company of many famous and interesting personalities of the past, often partook in silly photoshoots, and much more. In other words, it’s been like it always was: cats were at the center of everyone’s attention.

You can guess the celebrities, and then go to the website for verification and additional information (not always shown): 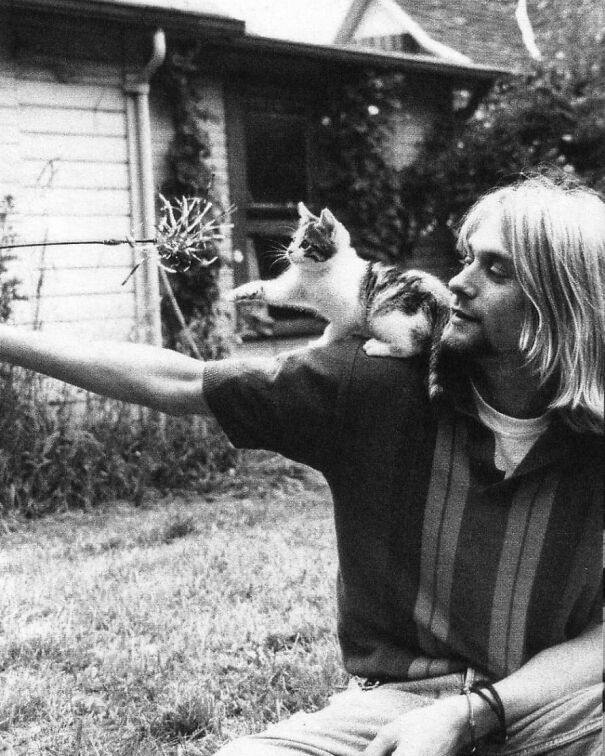 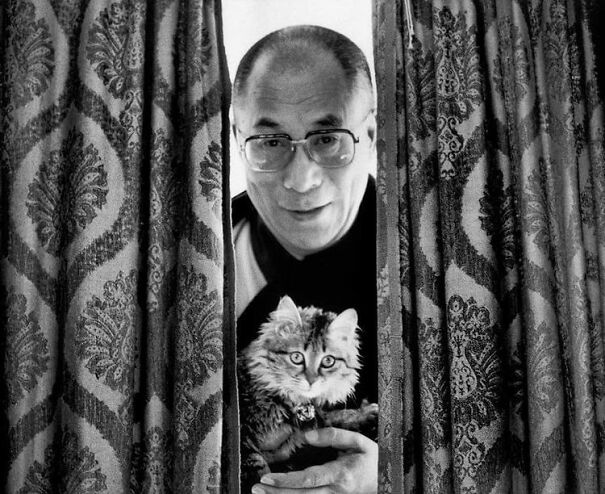 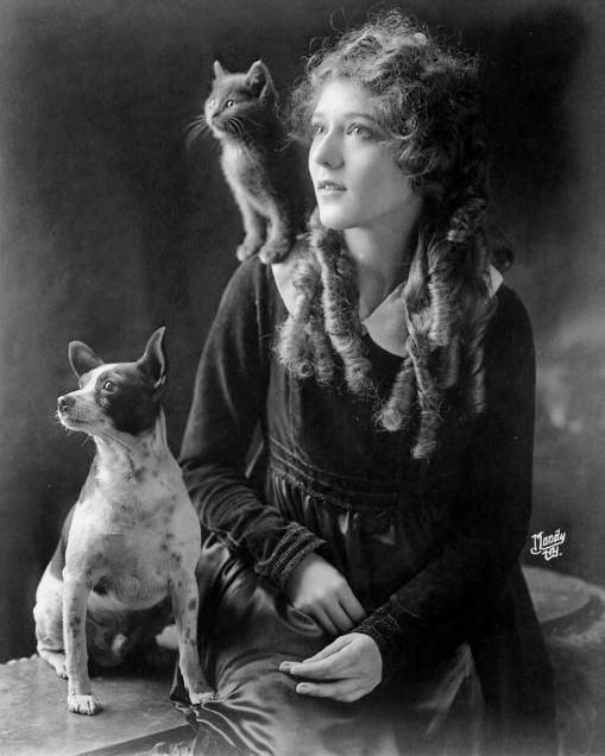 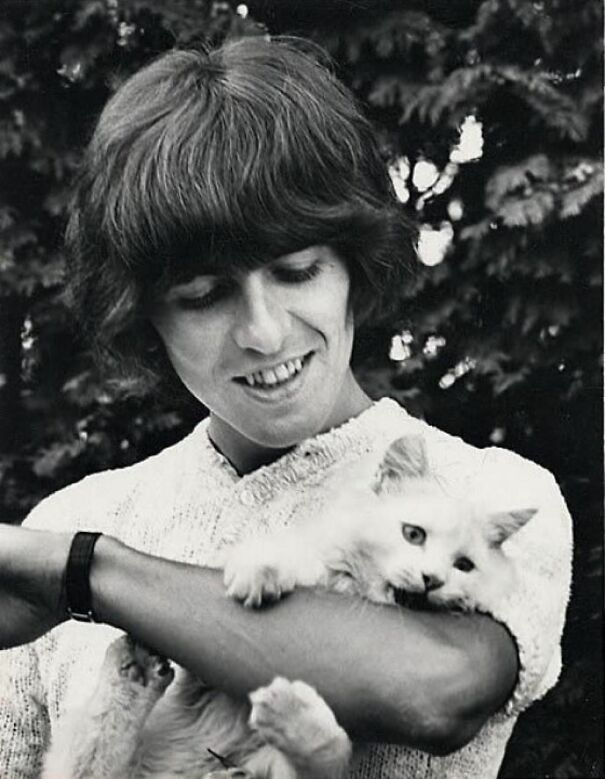 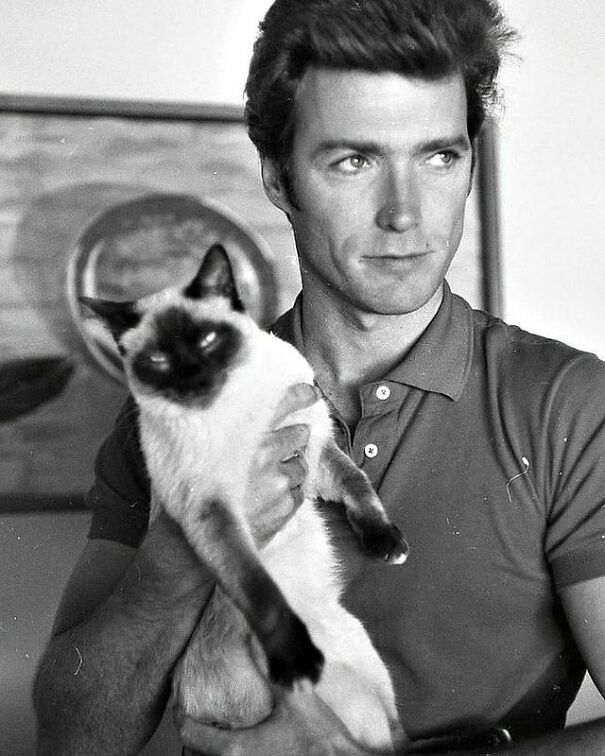 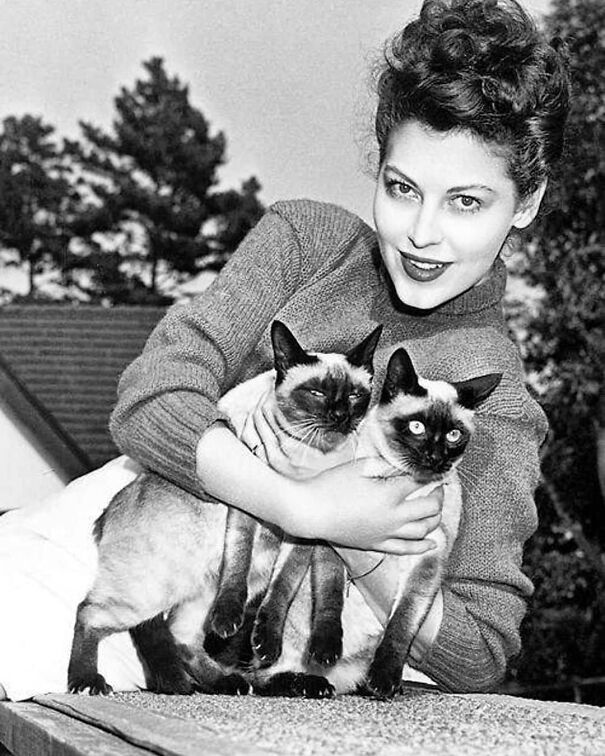 From LoveMeow, we have the tail of a black cat (all “black cats” are actually dark brown when you look at them in sunlight), who was adopted with her young litter of rare all-brown kittens. Click on screenshot:

Last month, Laura Malone, a director of Mini Cat Town (in San Jose, California), was contacted about a family of five that needed rescue. A cat mom along with her four kittens had been brought to the city shelter.

There is not much information about where they came from. “Given her weight and her friendliness, I can assume she was cared for regularly by a human, but her paw pads are dry like a cat who has spent quite a bit of time outdoors,” Laura told Love Meow.

Mini Cat Town didn’t hesitate to take the family into their care. They quickly noticed that all four kittens had beautiful chocolate or cinnamon brown fur. 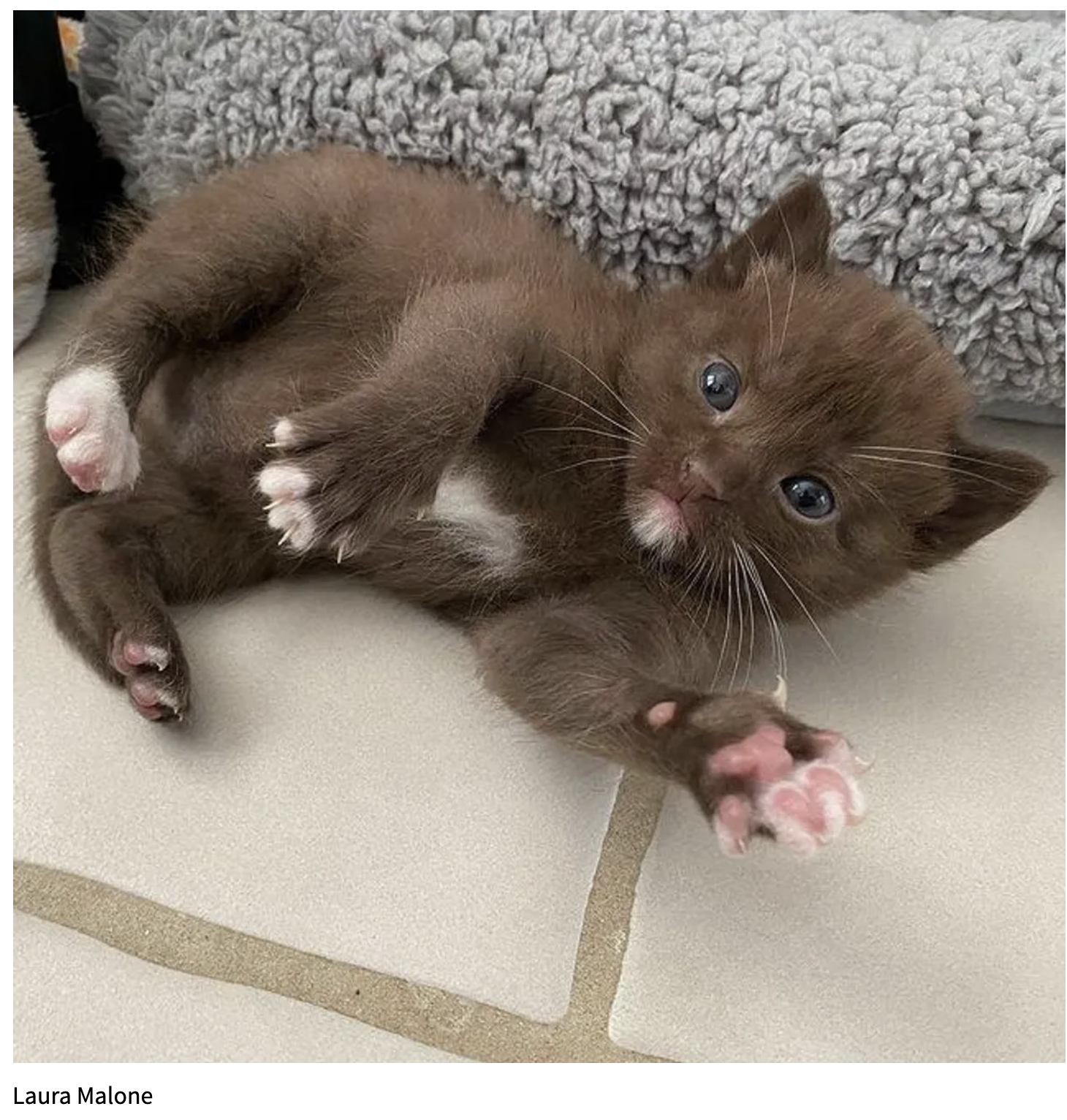 A chocolate or cinnamon brown cat is hard to find. It appears only with a genetic mutation of the black color gene. “They are pretty rare, especially in shelter or rescue cats.”

The cat mom, Mars, is a gorgeous kitty wearing a beautiful long-haired black coat. Upon arrival, she was a bit unsure about the new surroundings, but things quickly changed when she realized that her kittens were safe. 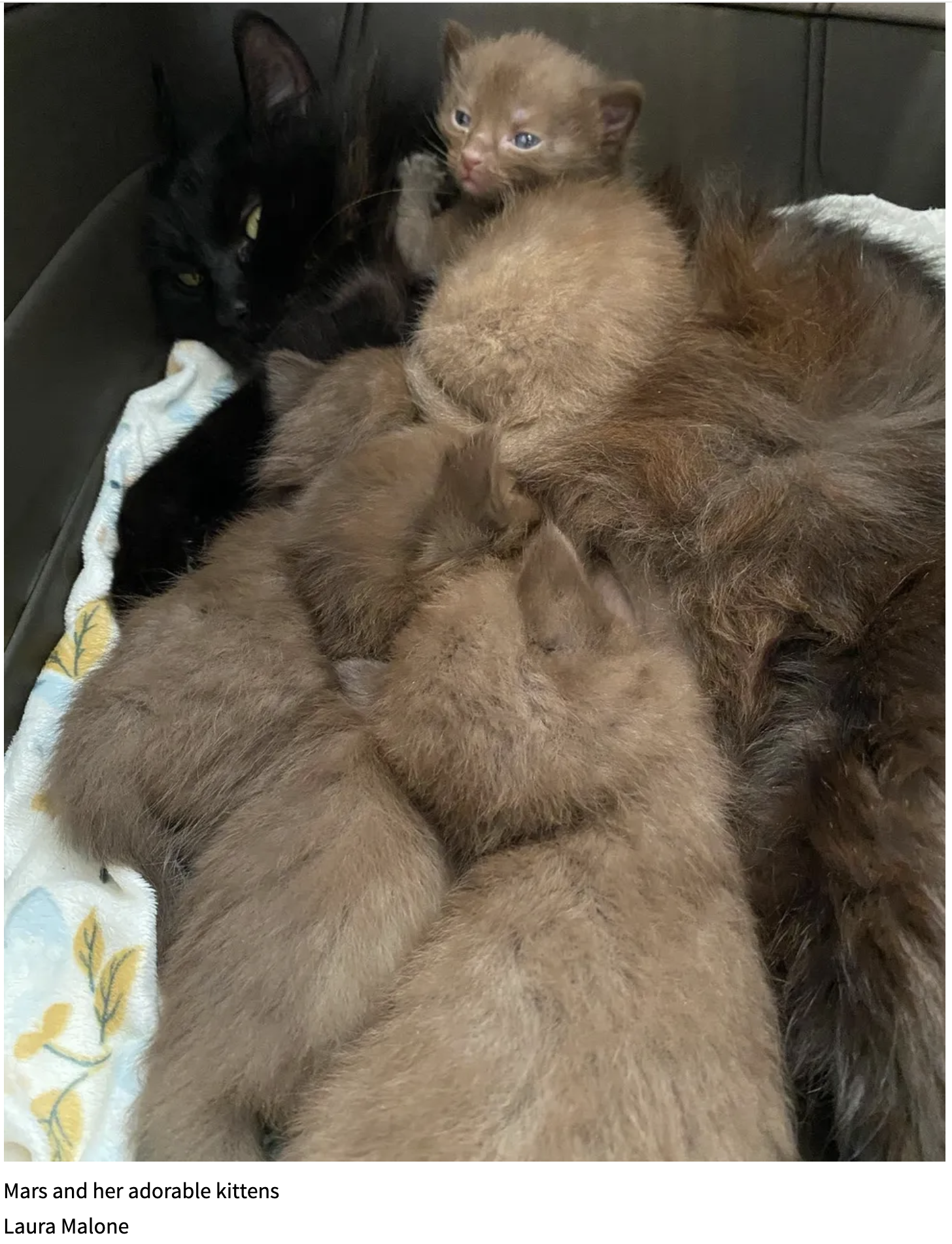 The attentive mom comes running whenever she hears a baby cry and grooms them on their face, showering them with love. 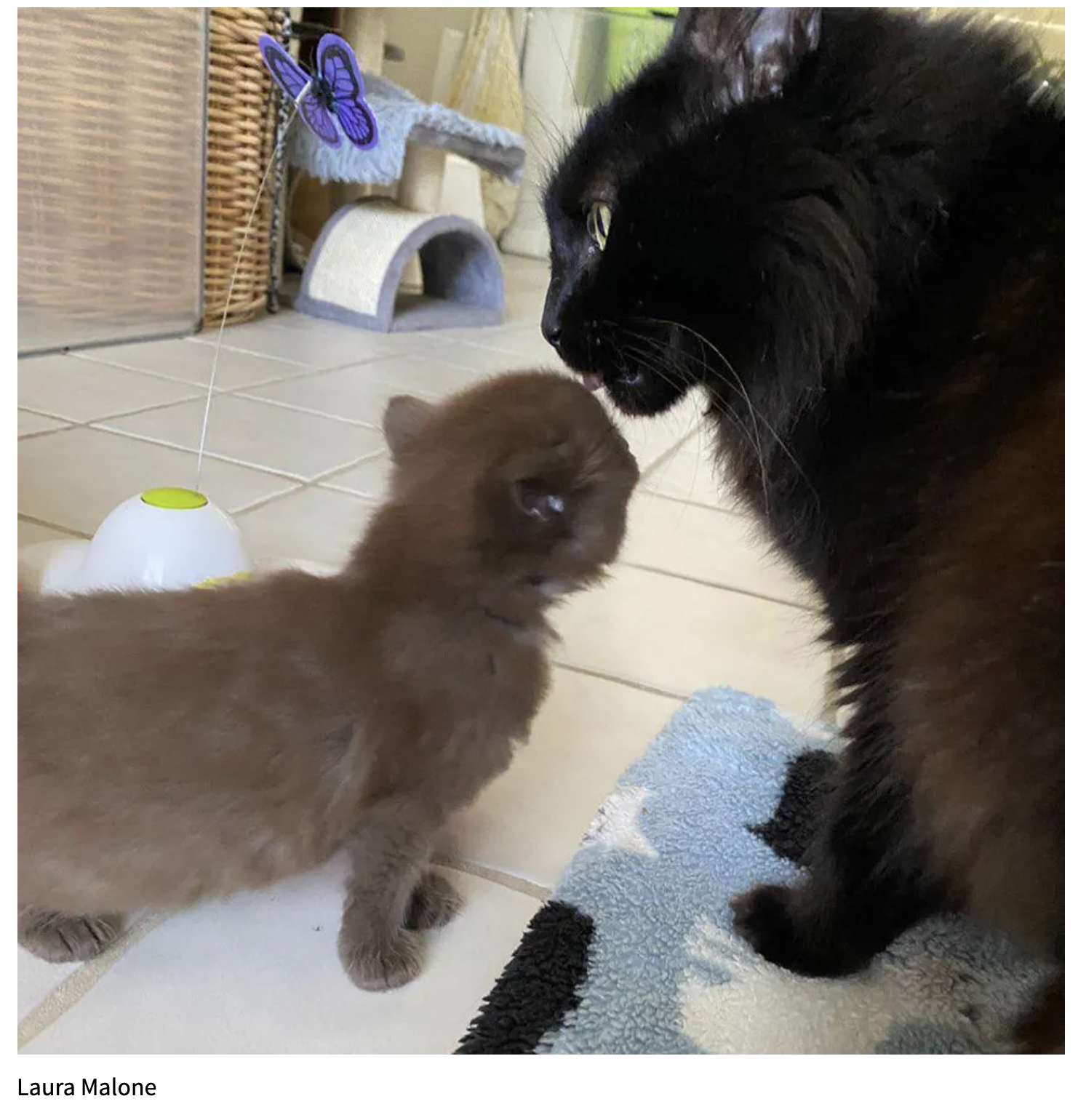 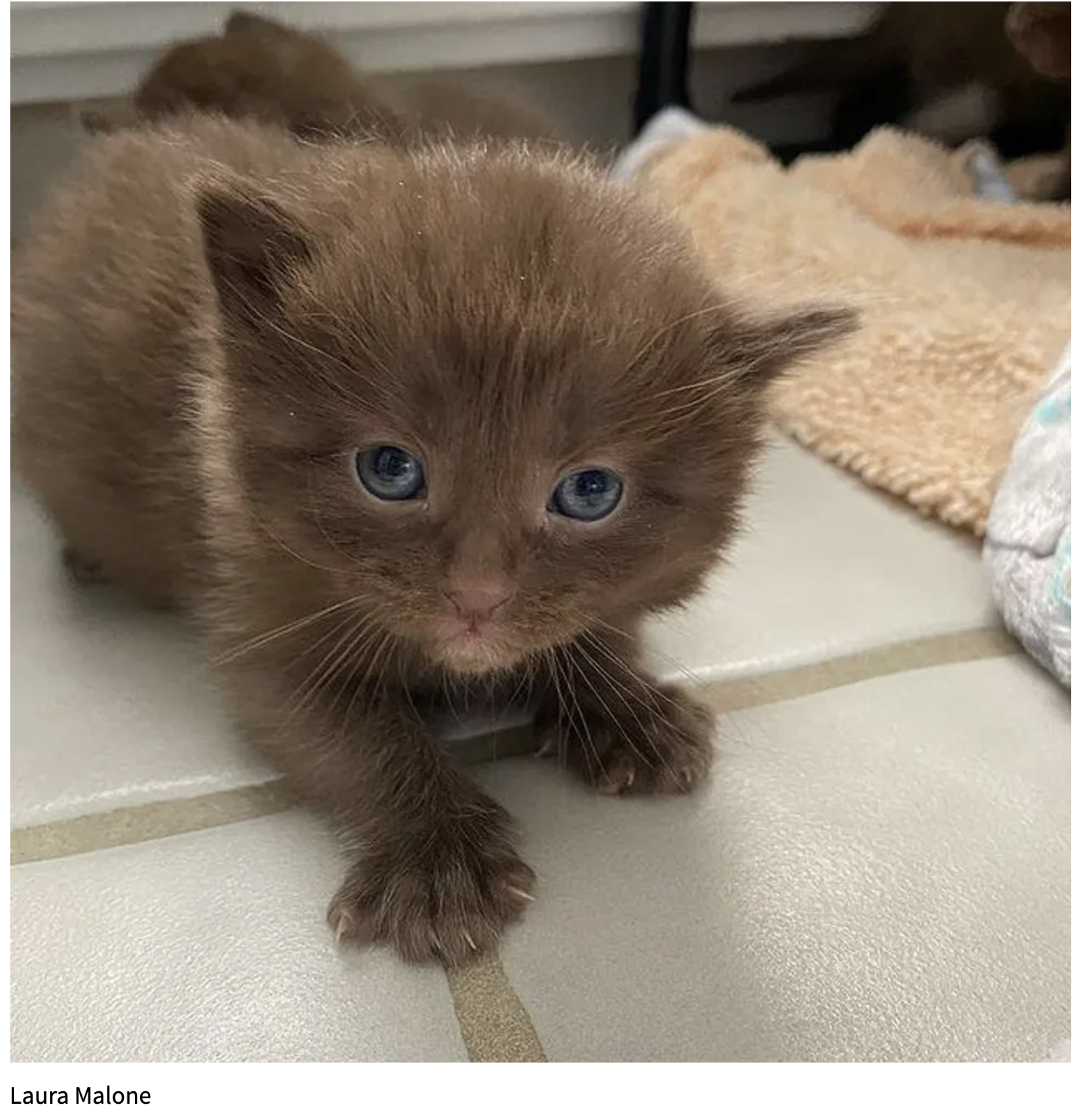 From Grape, we hear of another giant animated cat looming over Japanese streets. Click on the screenshot: 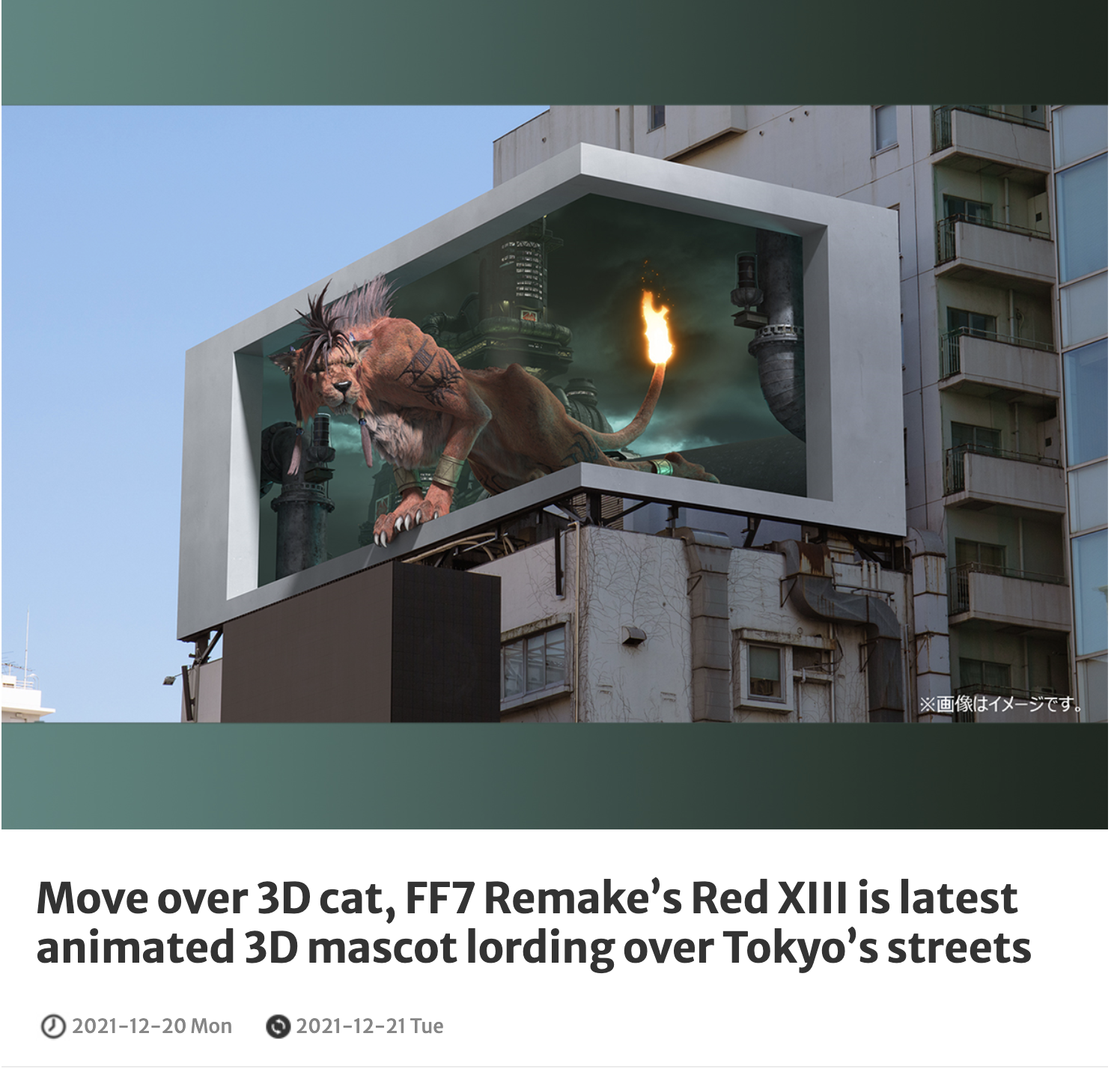 Some of our grape Japan readers will remember the realistic 3D cat that suddenly appeared on a new 3D digital billboard in Tokyo’s busy Shinjuku district. The billboard, built by Cross Space Co., Ltd., was unveiled in July 2021 and has since become a new Tokyo landmark.

As it turns out, that billboard was only the beginning of a series of 3D billboards the city has planned. Since 2019, HIT Co., Ltd. has been placing “optical illusion” billboards in various locations such as Shibuya and Ebisu. Their latest billboard called Omotesando Hit Vision, was unveiled in early October and has also been entertaining tourists and passers-by in the eponymous shopping district with ads for BMW, food delivery service Foodpanda, and others.

However, unless you count the Foodpanda mascot, the new billboard in Omotesando hasn’t had a cute animal mascot equivalent to Shinjuku’s now-famous 3D cat. Until now…

The ad is over now, but the animation is preserved in a tweet:

And in a video:

Lagniappe:  Vervet monkeys lionize cats, for of course we’ve long known that cats are staffed and lionized by primates.