Because I’m celebrating another trip around the Sun, posting may be light today.

It’s also Bacon Day, the fifth day of Kwanzaa, and the sixth of the Twelve Days of Christmas.  Pretty thin doings.

Thanks to all readers who sent me goodies and messages for Coynezaa. Here’s a beautiful birthday card made for me by Jacques Hausser, who works on shrews. Note the duck and Professor Ceiling Cat! (click to enlarge): 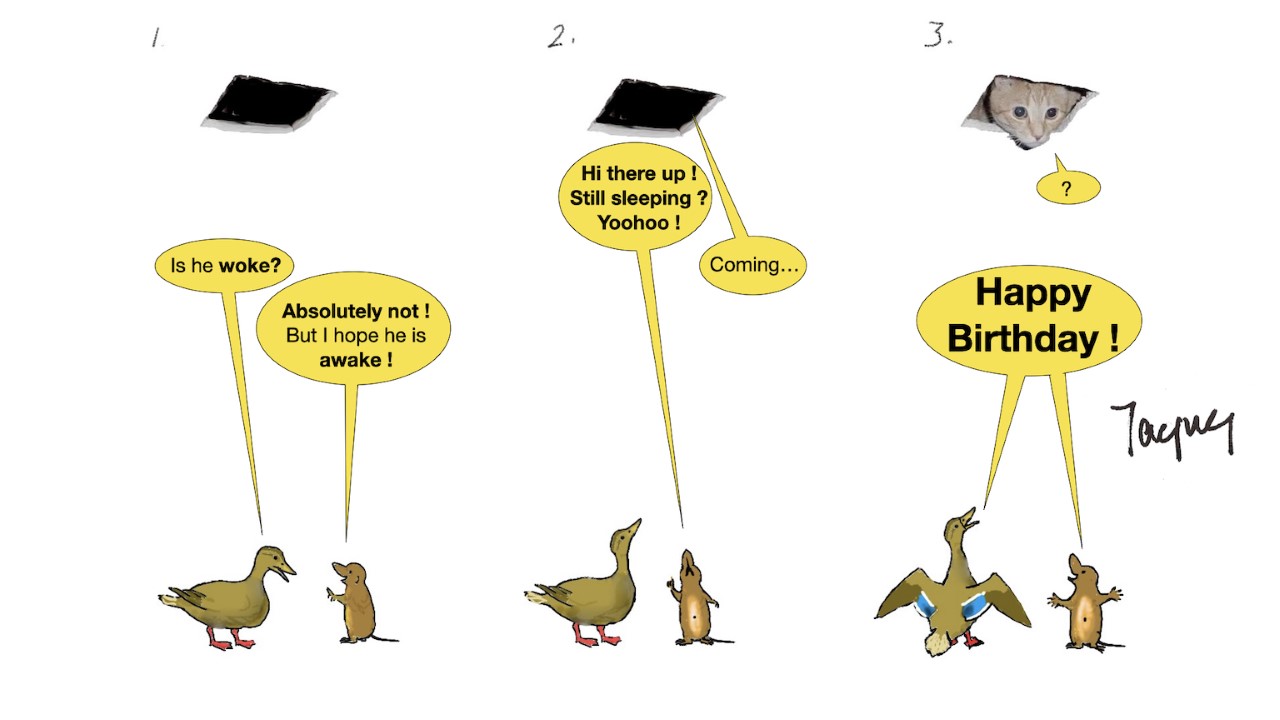 Wine of the Day:  This 2018 California Cabernet is incredibly good for its price: $19 (probably more now). It’s made with a Bordeaux-like blend, including 85% Cabernet Sauvignon as well as with 7% Merlot, 4% Malbec and 4% Petit Verdot. I decided to have it with an aged baguette, niçoise olives, aged Gouda cheese, and some green beans for vegetation. 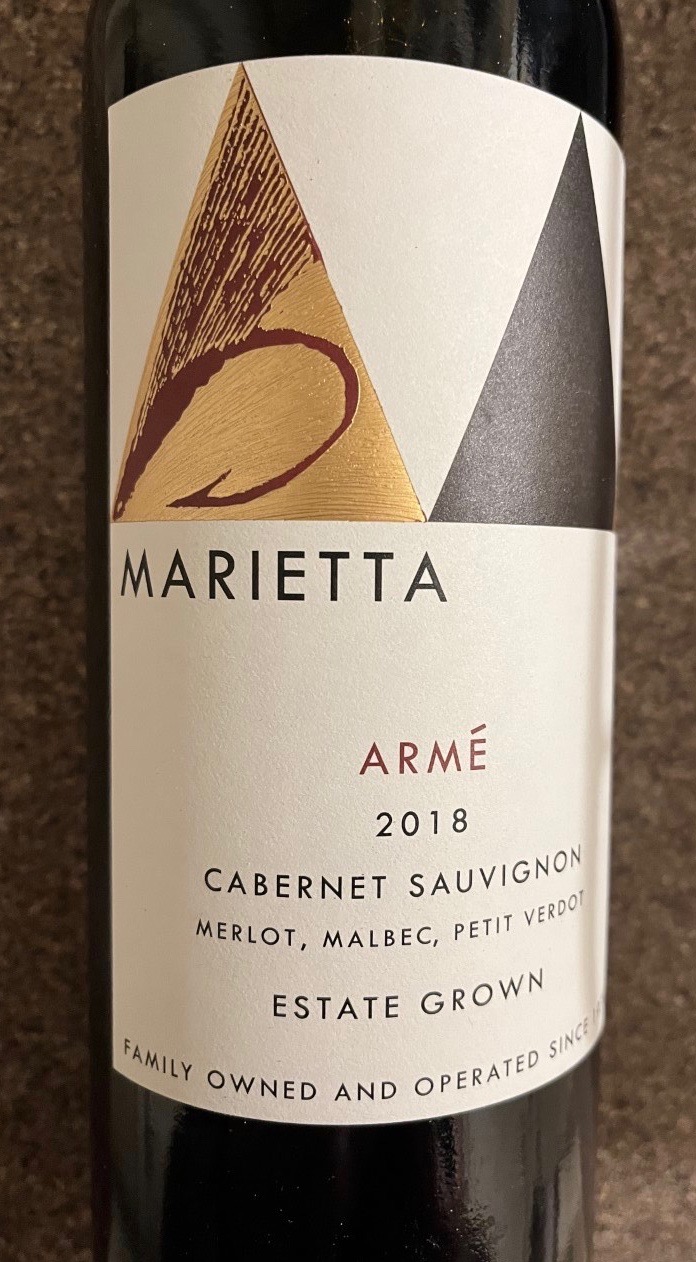 *The big news, legal-wise: Ghislaine Maxwell, procuress for and companion of Jeffrey Epstein, has been found guilty of all but one of the six crimes with which she was charged. From the NYT:

Ghislaine Maxwell, the daughter of a British media mogul and the former companion to the disgraced financier Jeffrey Epstein, was convicted on Wednesday of conspiring with him over a decade to recruit, groom and sexually abuse underage girls.

A federal jury in Manhattan found Ms. Maxwell, 60, guilty of sex trafficking and the four other charges against her. She was acquitted of one count of enticing a minor to travel across state lines to engage in an illegal sexual act.

She’s going to jail for probably the rest of her life. One count on which she was convicted—sex trafficking of a minor—carries a maximum sentence of 40 years. Another count, transportation of a minor with intent to engage in illegal sexual activity, carries a maximum of ten years.  The remaining three counts of conspiracy carry a maximum sentence of five years each. Total maximum: 65 years. Halve that to get a conservative sentence, and it’s about 33 years. Maxwell is now 60.

I called this one, but I also called the Elizabeth Holmes case as having a guilty finding, and perhaps Holmes will get off.

*NYT book of the century-and-a-quarter: It’s the 125th anniversary of the New York Times Book Review, and the paper asked readers to nominate the best book of the lat 125 years. In October they published the 25 most frequently-nominated books (actually, whether the finalists were the books that got the most votes was unclear)..  There are some great books and some not-so-great books (I’m looking at you, Harry Potter), but by and large, it’s a good list.

Then the readers voted on the best of those 25 books. I won’t tell you which one it is. Try to guess when you look at the 25 finalists (I found some good reading suggestions there). And you can see the winner here, along with the critic’s appraisal of the book and the five runners-up. I’ll let you look for yourself, but I don’t think it should have beat Ulysses.

*Where is Webb? If you want to know where the Webb Space Telescope is, NASA has provide a really nice real-time page with constantly hanging speeds and positions, as well as maneuver points.  It even gives temperatures on the sun shield, which has been deployed. Bookmark it at the preceding link and have a look from time to time. Here it is in miniature, with half a million miles to go to L2 orbit. Click photo to enlarge  (h/t Malcolm):

*Quillette has a long interview of recently deceased biologist E. O. Wilson from 2009 conducted by Alice Dreger as research for Dreger’s best-selling book, Galileo’s Middle Finger.  It’s interesting as it’s all about the Sociobiology Wars and the backlash Wilson faced when he wrote that book. Lewontin comes in, too, for, as I said, Wilson helped bring him to Harvard. I’ll give one quote, but I think Dreger gets Lewontin completely wrong, and cozies up to Wilson way too much: There’s lots of juicy gossip here, though!

AD: I met Lewontin briefly in grad school. He was brought in to give a talk. I thought it was very odd. Here was a guy who was an intense Marxist, who spent so much time rallying on behalf of the proletariat, who was all about the class struggle. And he struck me absolutely as a BMW-driving, Cambridge-living, Romance-language-phrase-dropping snob.

EOW: You got that. I’ve never fully figured him out. I used to joke that when things got too hot, he could go to his dacha, like a member of the Soviet leadership. . .

. . .I’ll tell you a story about all of this. Around 1970, we were searching for someone in population genetics. He looked very good then. And he had this brilliant personality in conversation, this brilliant presentation, a real theatrical power. The search committee decided he was the best person, but this was after he had just adopted his political and public persona and he was known to be joining protests. I remember watching a news report one day about the takeover of a stage at the University of Chicago, where some government functionary had come to speak at the height of the anti-war protests. And to my astonishment, I saw Dick Lewontin rush up and take the microphone!

We had a meeting to take the final vote on Lewontin at Harvard, and a group of the older professors said they were worried about reports of his behavior at Chicago—that he might be disruptive or might have gotten away from genetics, and so would not be the right sort of person to be at Harvard. I made the speech I will regret for the rest of my life: I said we should never accept or reject someone because of their political views. I felt so good about myself making that political speech! “I know several key people at Chicago on the faculty,” I said. “Let me ask them about the key question: Is Lewontin’s new political activism affecting his performance at the University of Chicago, or affecting anything connected with his duties?” And they said, okay, ask and let us know.

By the way, Ms. Dreger, Lewontin NEVER drove a BMW.  Why don’t you do your homework?

Not much stuff happened on December 30 and most of it is grim:

This is still the most deadly single-building fire in American history. The first started when an arc light sparked and ignited a curtain. Many of the exists were locked or blocked, as in the Triangle Shirtwaist Factory fire.  The dead were stacked up ten feet deep in front of some of the locked exits. Here’s an emergency van containing some of the victims: 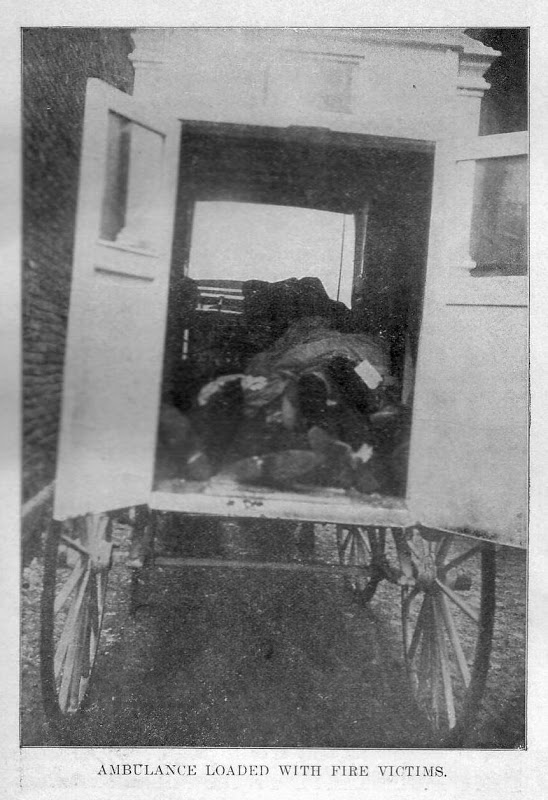 Inside, after the fire: 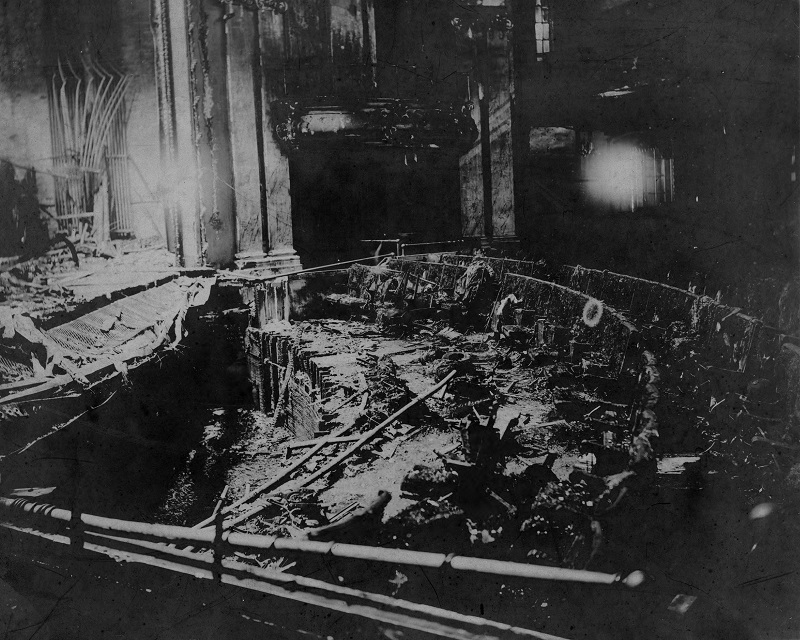 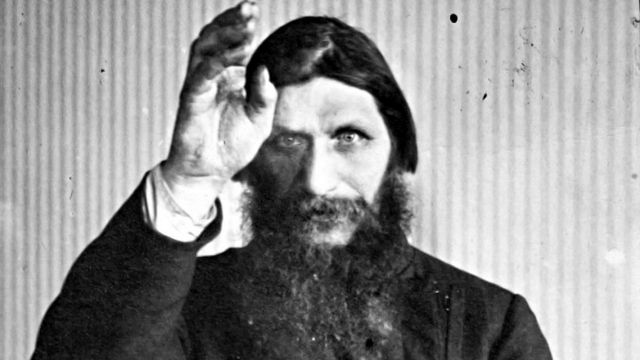 Here’s a documentary featuring Hussein’s executioner (Hussein was hanged). I won’t show you the video of the hanging, but here’s the memories of the hangman:

Notables joining me in being born on this day include:

The Kipling family lived in Vermont for a while, and that’s where he began writing The Jungle Books. Here he is in his Vermont study in 1895: 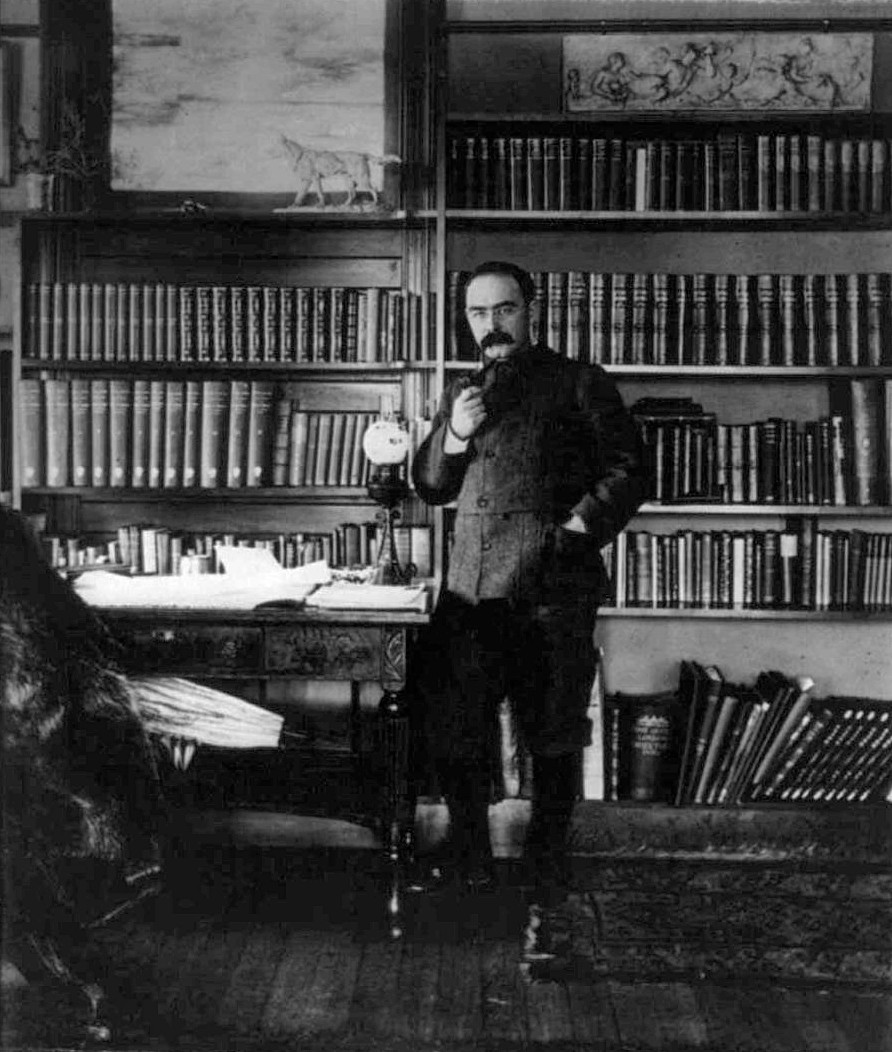 Her real name was Mary Frances Penick, and below is my favorite song of hers, and the song she’s known for. It reached #2 on the Billboard pop chart in America, though it’s basically a country song. It’s good!

Koufax was not only the best Jewish baseball player up to the present, but one of the best Major League pitchers of all time, and the youngest man ever elected to Baseball’s Hall of Fame (he was 36, and retired early because of arthritis in his elbow). Here are some career highlights: 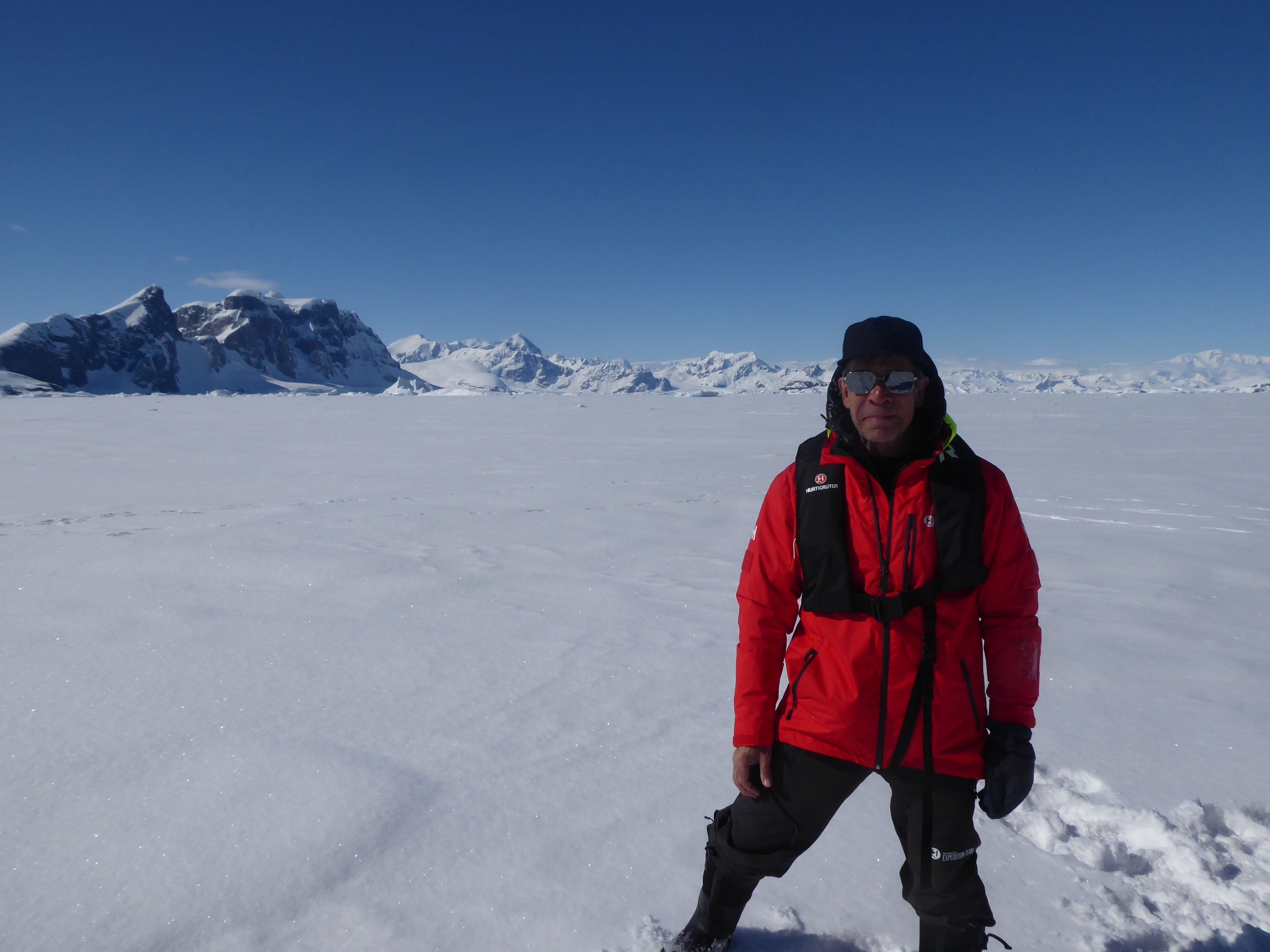 I made it into Wikipedia! Check reference 15 documenting the date on the Dec 30 page.

Here’s Ullman as Angela Merkel. She has an amazing ability to change her entire look, like a chameleon, when she’s doing an impersonation:

Remember “The Hollywood Madam”? She was sentenced to 7 years in jail but served only 20 months. 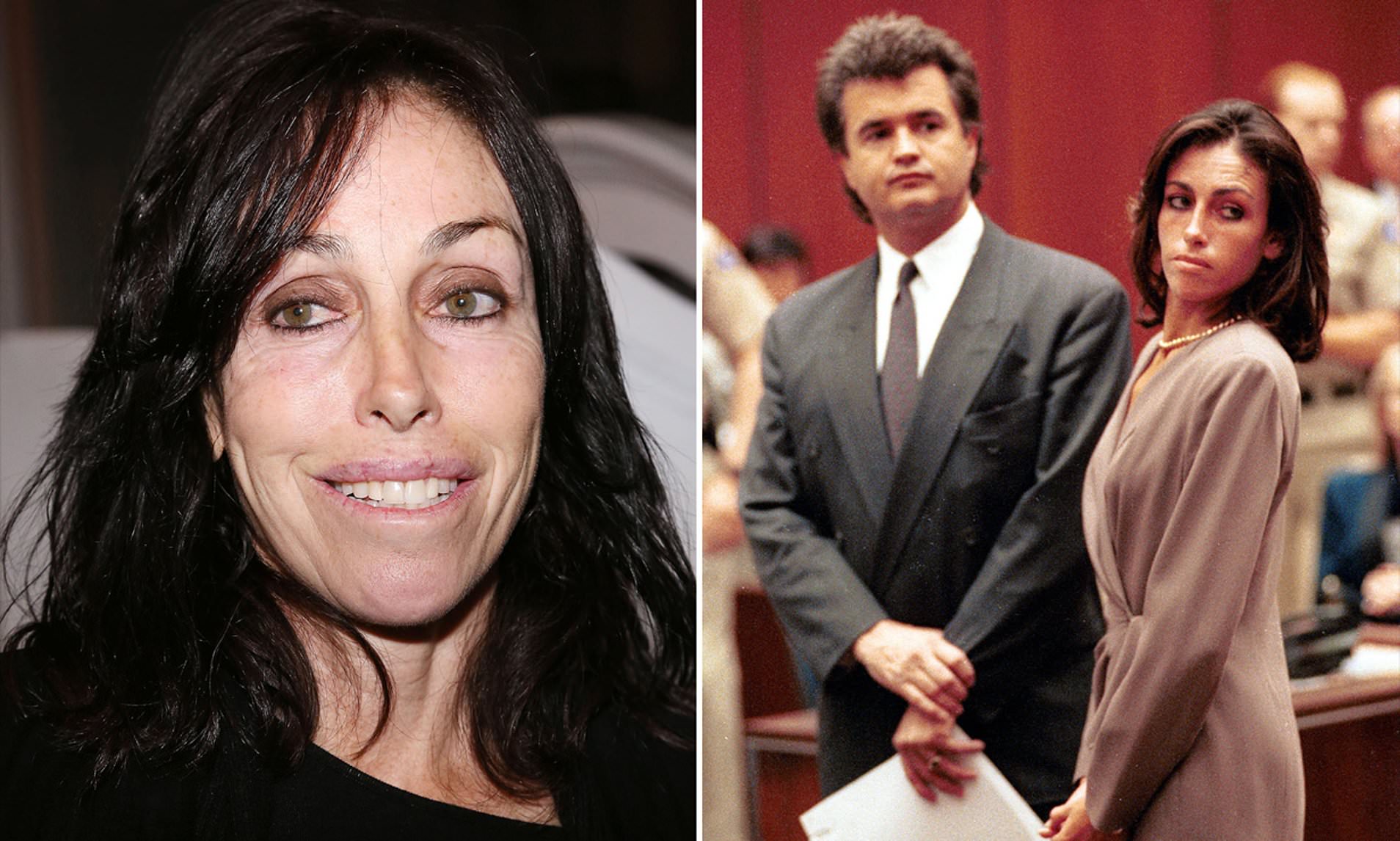 Those who dropped dead on December 30 include:

A great songwriter, he wrote the music for, among other shows, Pal Joey, A Connecticut Yankee, On Your Toes, Babes in Arms, Oklahoma!, Flower Drum Song, Carousel, South Pacific, The King and I, and The Sound of Music. That’s a great lineup. Here he is (seated) with his later partner Oscar Hammerstein in 1945: 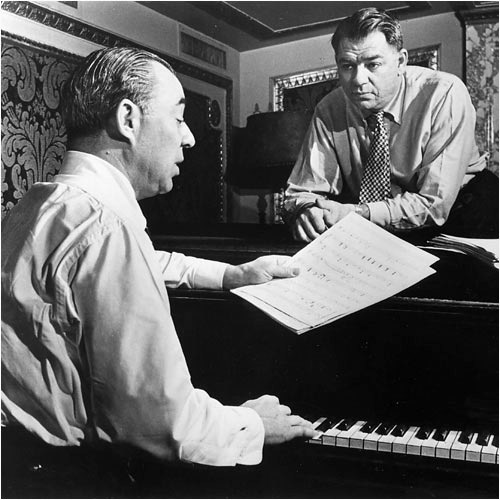 Meanwhile in Dobrzyn, I get a special birthday Hili dialogue! Hili is shown as a kitten:

Hili: Since when have I known Jerry?
A: Since you were three months old.
Hili: Yes, I thought I always loved him. Happy birthday, JERRY! 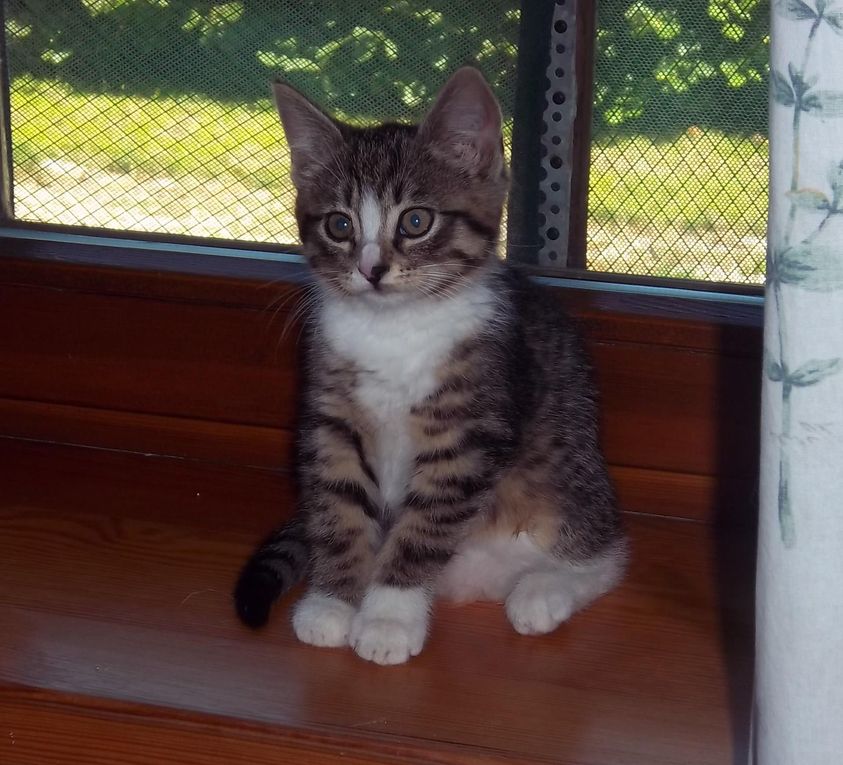 Kulka is outside on the windowsill, and wants to come inside where it’s warm: 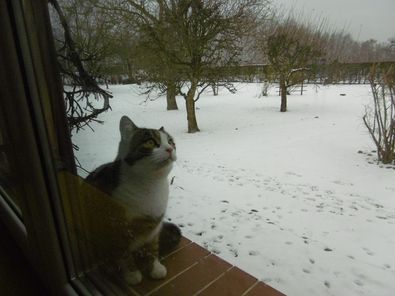 From The Cat House on the Kings, A lovely polydactylous kitten: 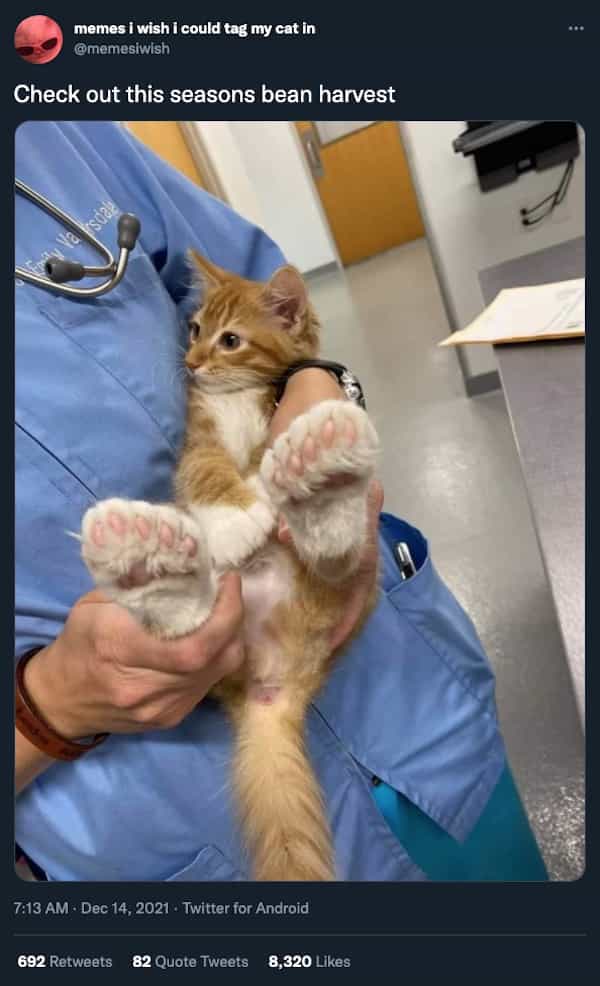 From Barry, a Biblical epic, but NSFW: 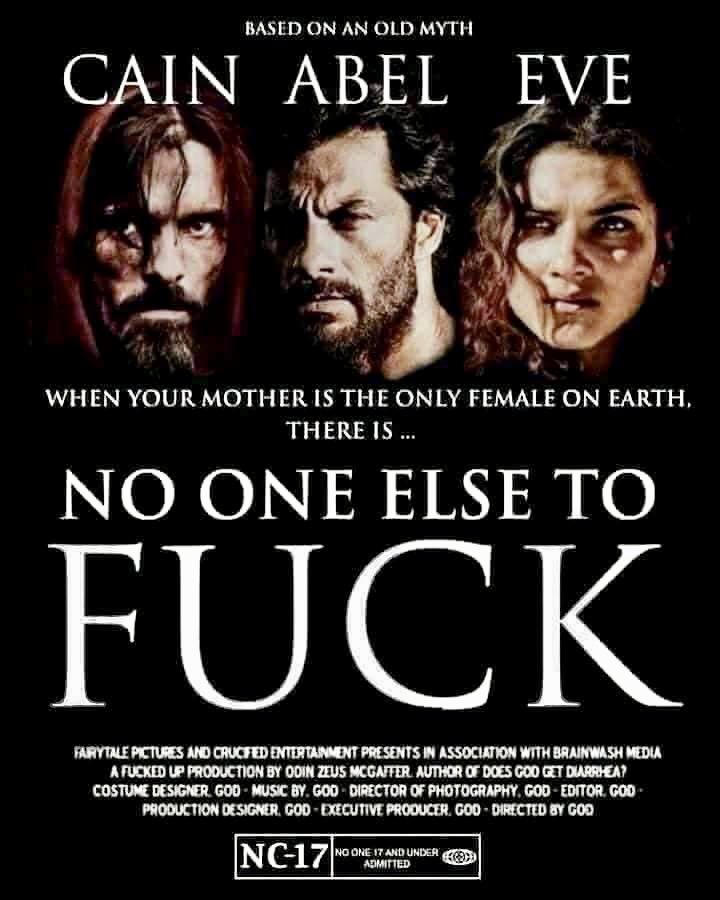 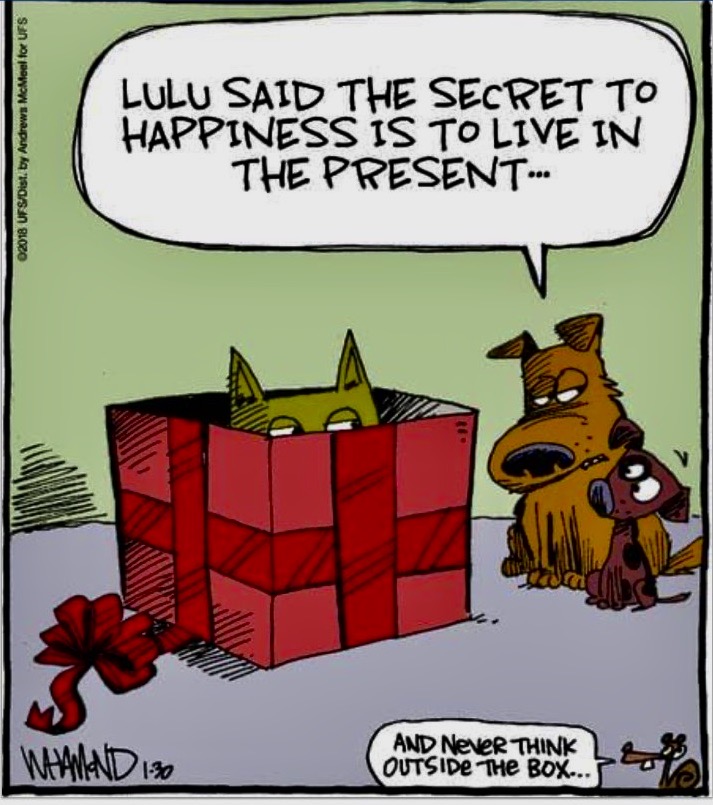 And a birthday meme from Bruce: 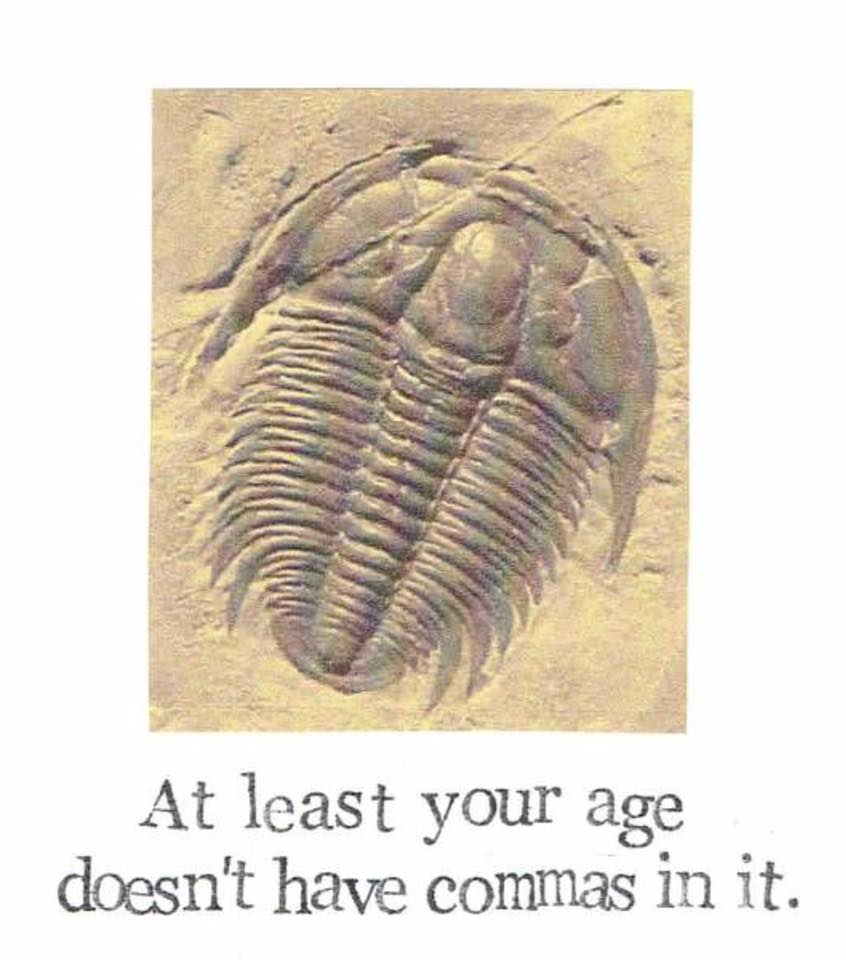 Every word in the Bible is literally true.

It's when you group them into sentences that problems arise.

From Barry. who asks, “Is there a more magnificent jellyfish than this?” My answer: I don’t know of any.

"BIGGER THAN A SOCCER BALL"
I've been studying jellyfish for 12 years and this is a first for me! This stunning box jelly was spotted around Papua New Guinea, and is possibly a rare Chirodectes says @collins_noaasi!
📽️Scuba Ventures Kavieng https://t.co/zvQxeIEa1x#DailyJelly pic.twitter.com/Zo0cvM5BWB

I was asked whether this bird would breed. Perhaps not because a similar pale bird found by @JWentomologist in Devon remained unpaired for 4 years. Other Robins are likely unimpressed by the lack of the usual orange ‘badge’. But if it sticks around I’ll try to find out.

Tweets from Matthew. As he says, “See thread. First puzzle shows them making a puzzle of that famous photo of New Year’s Eve in Manchester (see below for photo):

This year's puzzle. My mum went mad with ambition and ordered a 2000 piece puzzle. I will report on how it goes https://t.co/ZYPERoLgzt pic.twitter.com/1EoGgmHQmh

And here’s that famous photo:

Even though this isn’t a fantastic drawing, I couldn’t stop watching until it was over:

If you’ve run out of Christmas leftovers, can’t be bothered to cook and fancy getting a pizza takeaway, just remember that one 18” pizza is larger than two 12” ones.