Good morning on Hump Day, or, as they say in Russia, Горбатый день.  Yes, it’s December 29, 2021, the fifth and penultimate day of Coynezaa. It’s National “Get on the Scales” Day, which is impossible because I don’t own scales and never did. They’re just a source of anxiety: I judge my weight gains and losses by how my pants fit.

It’s also National Pepper Pot Day (it’s a soup), National Hero Day, and Tick Tock Day (a reminder that we’d better finish off our tasks for 2021). Finally, it’s the fifth day of Christmas and the fourth day of Kwanzaa.

*Even the New York Times has taken the CDC to task for ham-handedness, the latest incident being the agency’s inaccurate estimation of the prevalence of the omicron variant among all Covid cases. The revisions have been drastic and constant, and, to be sure, it’s hard to estimate given that variants must be sequenced to be reported. Still, perhaps the CDC, if there is so much uncertainty involved, might either admit that it doesn’t know, or hedge its estimates by saying they could be considerably off.

The Centers for Disease Control and Prevention estimated that the Omicron variant now accounts for roughly 59 percent of all Covid cases in the United States, a significant decrease from the agency’s previous estimate. The update shows how hard it is to track the fast-spreading variant in real time and how poorly the agency has communicated its uncertainty, experts said.

Last week, the C.D.C. said that Omicron accounted for approximately 73 percent of variants circulating in the United States in the week ending Dec. 18. But in its revision, the agency said the variant accounted for about 23 percent of cases that week.

In other words, Delta, which has dominated U.S. infections since summer, still reigned in the United States that week. That could mean that a significant number of current Covid hospitalizations were driven by infections from Delta, Dr. Scott Gottlieb, a former commissioner of the Food and Drug Administration, suggested on Twitter. Hospitalizations typically lag several weeks behind initial infections.

This matters because, as far as we know, the Delta variant is more likely to do in adults than the omicron variant. I know that these estimates are like trying to fix a car when it’s moving, but perhaps a lot of the public distrusts the CDC (and the vaccine) because they hear about these drastic revisions. The latest one, reducing quarantine time from 10 to 5 days for the asymptomatic people or those with abating symptoms, was made not for health but for public convenience, and it’s based on the “honor system.”

*Your Tax Dollars At Work Department: The New York Post (and the Times of London) report that, using government money, NASA has hired 24 theologians (that’s right, 24) Why? The Post explains  (h/t Barry):

Between heaven and Earth, where do aliens fit in?

That’s the question that NASA hopes theologians at the Center for Theological Inquiry (CTI) in Princeton, New Jersey, can answer, in a recent effort to understand how humans will react to news that intelligent life exists on other planets.

University of Cambridge religious scholar Rev. Dr. Andrew Davison, who also holds a doctorate in biochemistry from Oxford, is one of the 24 theologians enlisted to help with the project, the Times UK reported last week.

In a recent statement on the University of Cambridge’s Faculty of Divinity blog, Davison says his research so far has already seen “just how frequently theology-and-astrobiology has been topic in popular writing” during the previous 150 years.

Remember, it’s unlikely we’ll learn about life on other planets any time soon. This is just an exercise in wheel-spinning, giving theologians something to do besides interpreting works of fiction.

But wait! This isn’t the first time that NASA has given money to the enter for Theological Inquiry:

This is the latest dispatch to come in a partnership between the US space agency and the religious institute. In 2014, NASA awarded CTI a $1.1 million grant to study worshippers’ interest in and openness to scientific inquiry called the Societal Implications of Astrobiology study.

Studies have shown links between religiosity and belief in extraterrestrial intelligence. Research published in 2017 found that people with a strong desire to find meaning, but a low adherence to a particular religion, are more likely to believe aliens exist — indicating that faith in either theory may come from the same human impulse.

What about the separation of church and state? I don’t want my taxes used to line the pockets of theologians of any stripe, especially when they’re engaged in project as frivolous as these.

* Reader Ken tells us this (his quote):

Sure, he’s a “centrist” in comparison to the five harcore conservative justices to his right, but let us not forget that he’s also the author of the Court’s two majority opinions gutting the Voting Rights Act, Shelby County v. Holder and Brnovich v. Democratic National Committee, as well as a host of other horrid opinions.”

Here are the other ratings. Note that Uncle Joe tops out at 43% approval, just one point below Kamala Harris, but Mitch “666” McConnell bottoms out at 34%. What do these numbers mean?

*”Mr. Football”, aka John Madden, died yesterday at 85. No cause of death was given—just that he died “unexpectedly.” After coaching the Oakland Raiders football team for seven years, and winning one Superbowl—as ESPN notes, “Madden compiled a 103-32-7 regular-season record, and his .759 winning percentage is the best among NFL coaches with more than 100 games—he retired from coaching at 42 and became really famous for broadcasting and announcing football on television for decades. To the American public, he was the face and voice of the National Football league.  Here he is: 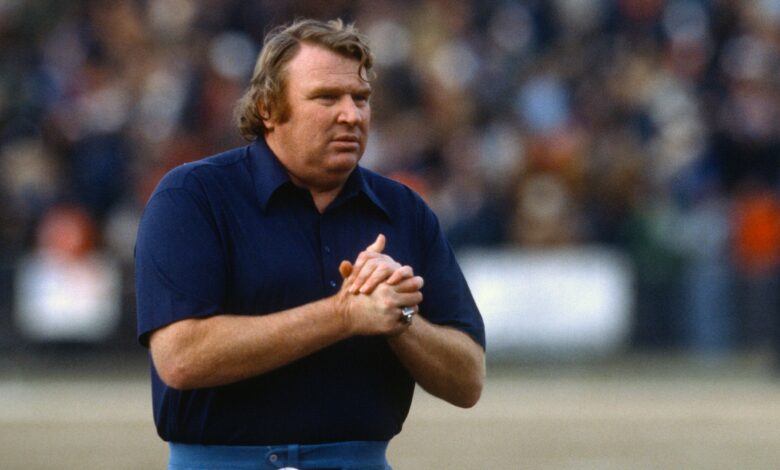 *According to reader Gert, who sent the link, the BBC reports that Russia’s oldest civil rights group has been, well, legally “liquidated” by the courts. It’s very sad. According to the report:

Memorial worked to recover the memory of the millions of innocent people executed, imprisoned or persecuted in the Soviet era.

Formally it has been “liquidated” for failing to mark a number of social media posts with its official status as a “foreign agent”.

That designation was given in 2016 for receiving funding from abroad.

But in court, the prosecutor labelled Memorial a “public threat”, accusing the group of being in the pay of the West to focus attention on Soviet crimes instead of highlighting a “glorious past”.

Founded in 1989, Memorial became a symbol of a country opening up to the world – and to itself – as Russia began examining the darkest chapters of its past. Its closure is a stark symbol of how the country has turned back in on itself under President Vladimir Putin, rejecting criticism – even of history – as a hostile act.

*The words of speech pioneer Thomas Paine are now being censored on Twitter and Instagram, according to Reclaim.  (h/t Anna)

Whatever the case, multiple Facebook and Instagram users were saying on Twitter on Monday and Tuesday that their posts were either removed or that they had their accounts temporarily blocked for uploading a picture of Paine and his quote, reading, “He who dares not offend cannot be honest,” that comes from Paine’s writings in the Pennsylvania Journal, 24 April, 1776.

According to Facebook’s censorship machine, that is false information, worthy of bans and deletions.

The irony of yet another instance of suppression of speech is particularly painful here (no pun intended) given Paine’s own pro-freedom, individual liberty and human rights, as well as anti-slavery stances, that made him a prominent Enlightenment figure.

Here are two examples, the first from Instagram and the second from Facebook, about suspensions, the first showing the horrifying post that violates “community standards” (apparently the community being Oceania: 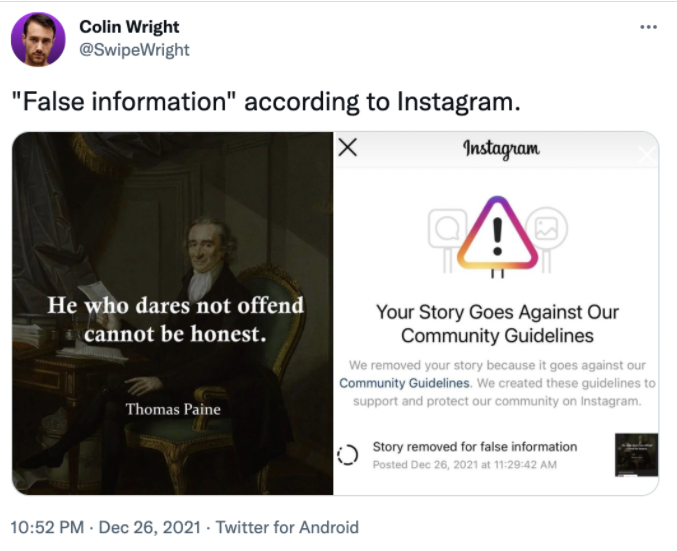 This post apparently was just of the meme above, and had nothing to do with information about vaccination and health. Nevertheless, Big Brother deep-sixed it: 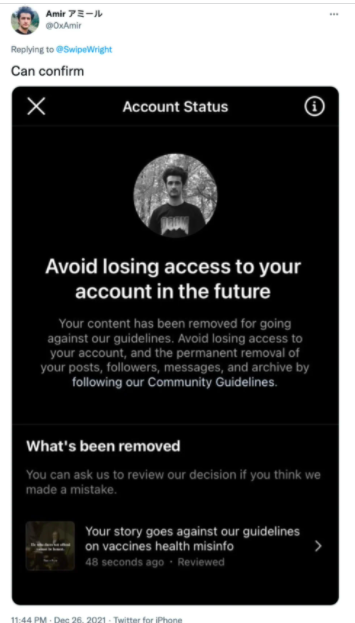 Stuff that happened on December 29 includes:

Here’s the entire movie Becket (1964), starring Richard Burton and Peter O’Toole. The murder scene begins at 2:18:40, but the movie goes on a bit after that. In reality, he wasn’t killed like they show: the top of his head was sliced off with a single sword blow, and that did him in.

Here’s a representation of the Powhatan princess—the only one made during her lifetime. The long caption is from Wikipedia:

Here’s one of the Sioux leaders dead in the snow (caption from Wikipedia):

Here he is in 1880. The Lakota had surrendered peacefully the day before, but the Army attacked the encamped Lakota and massacred them:

Here are nine minutes of excerpts, and you can watch the whole movie on YouTube:

A signed first edition of this book will run you around $45,000: 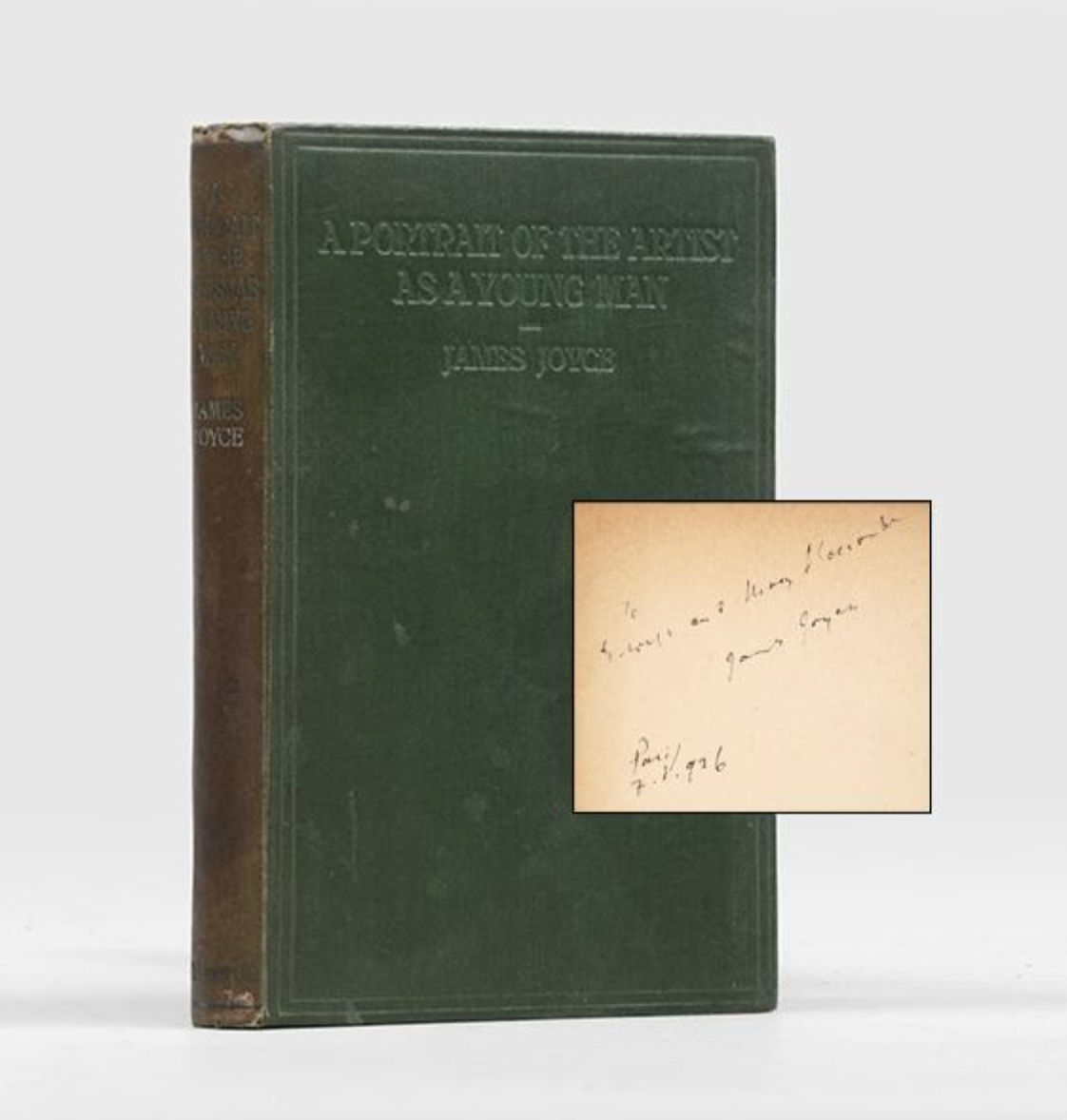 Sami were formerly known as Lapps, and the language was spoken in northern Scandinavia. Recordings of it still exist, but it’s not spoken as a regular language.

Goodyear is the man who learned to “vulcanize” rubber by combining it with sulfur and heating it, toughening the rubber. His name lives on in the company he started. Here’s Goodyear: 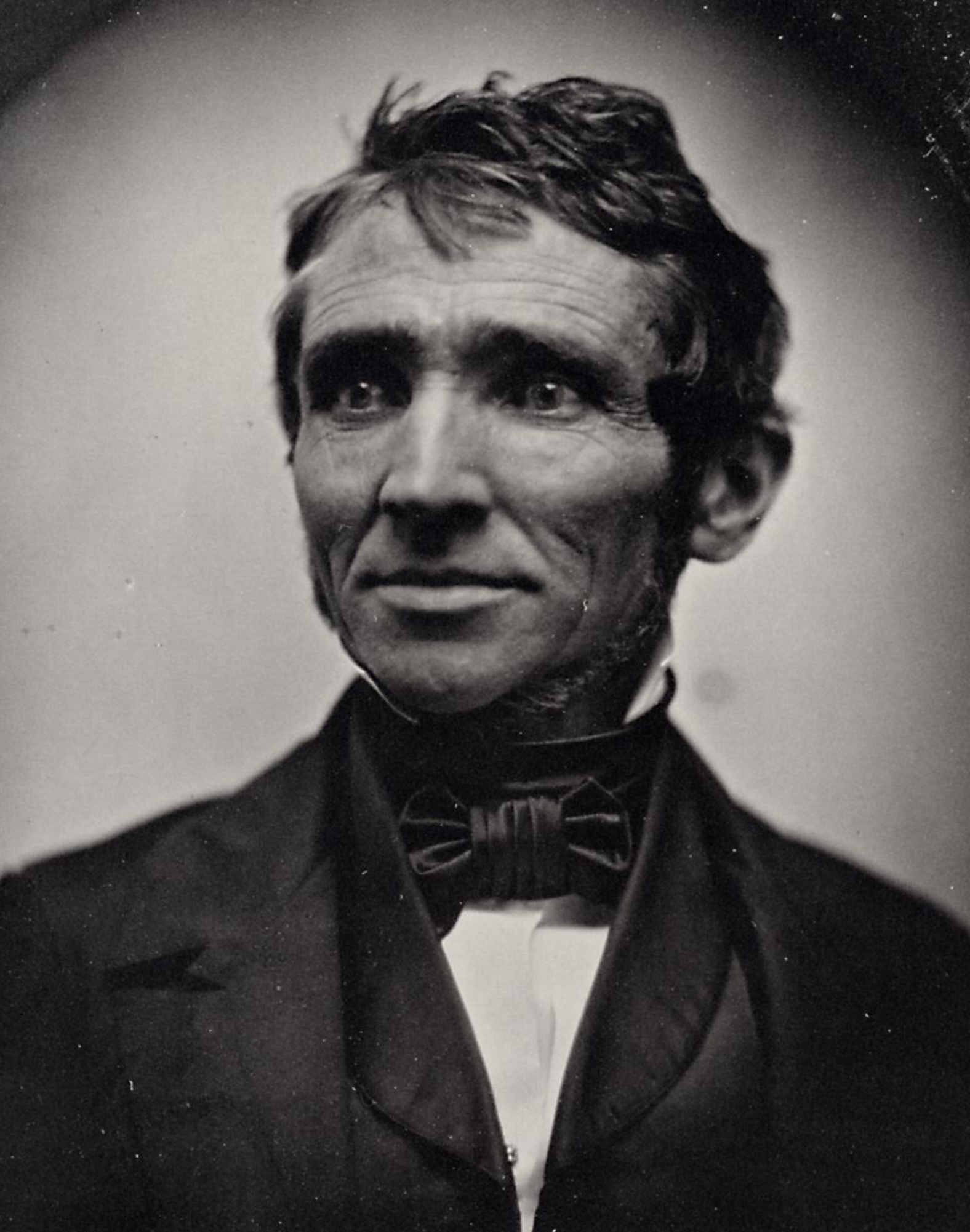 In both the Dick van Dyke show and her own eponymous show, MTM was fantastic.  Remember this opening of The Mary Tyler Moore show?  Her hat-tossing at the end of the intro has been memorialized in Minneapolis (where the show took place) with a bronze statue: 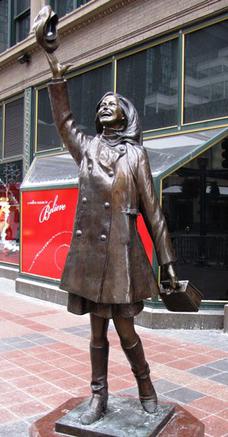 Remember the stories about her being found naked and wrapped up in a rug when the cops raided a party at Mick Jagger’s house (she was his girlfriend for a while)? Here’s a classic photo; caption by Wikipedia:

Those who made the frog sound on December 29 include:

If you haven’t read his poetry and picture books about archy and mehitabel, starring a typing cockroach and an old female alley cat, do so immediately. One drawing: 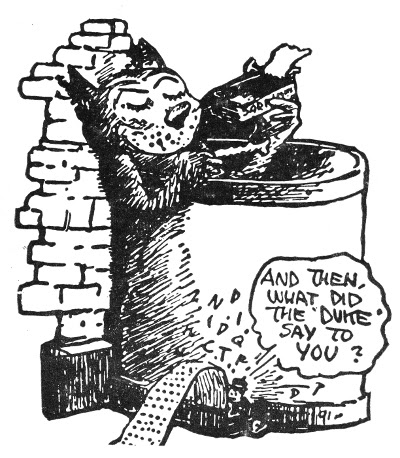 Henderson was second only to Duke Ellington as a composer and arranger of jazz, and also conducted an orchestra. Here’s his big band playing his “Wrappin’ It Up”, a later hit for Benny Goodmen (though Henderson wrote the song). You can hear the echoes of earlier jazz but also a distinct style that influenced Ellington:

A: We have to return to reality.
Hili: Which way? 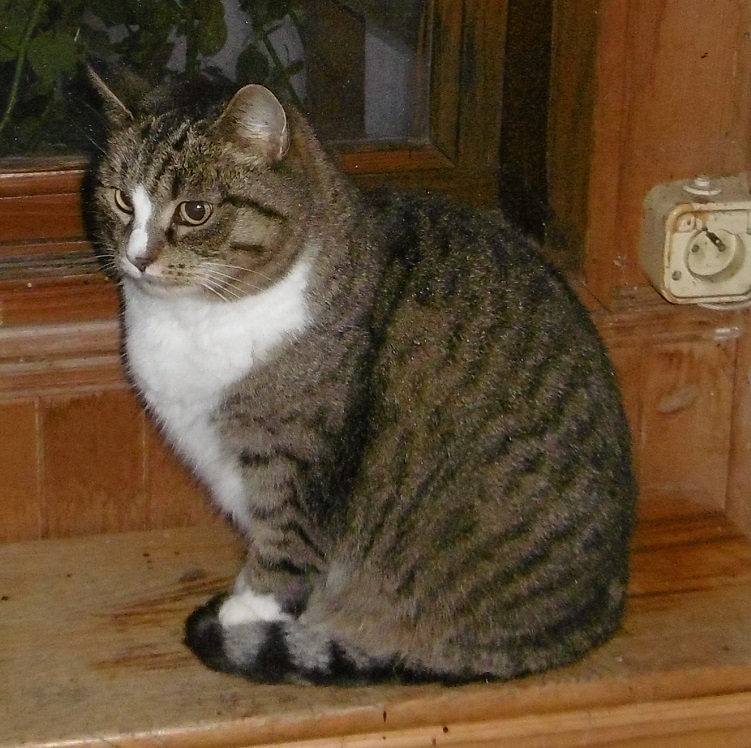 And Szaron in a nook by the fireplace where they keep the firewood. 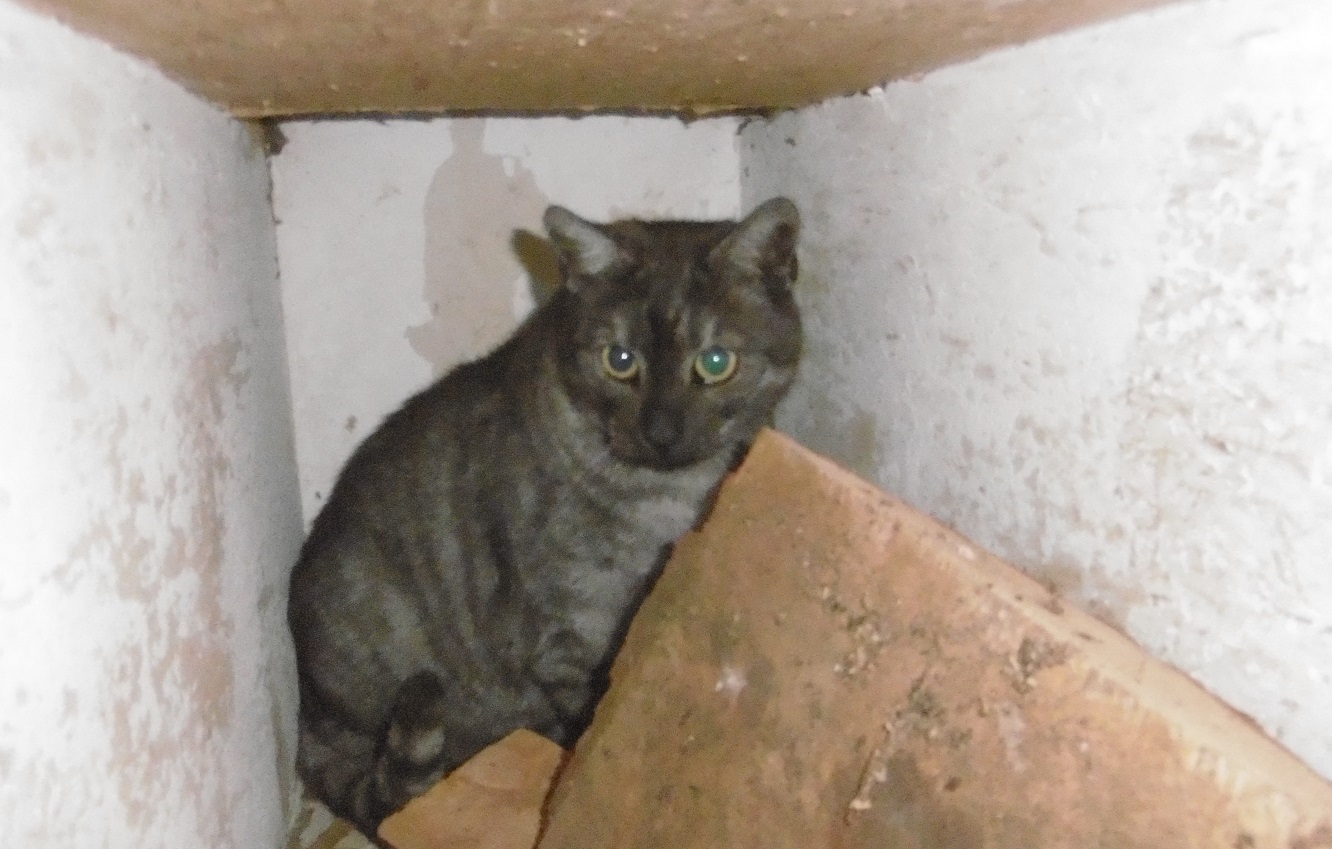 From Charitha Fernando at Brave and Beautiful World. What animal do you see? 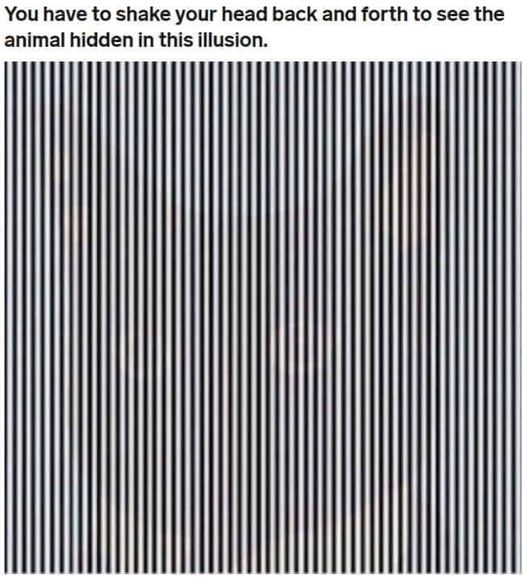 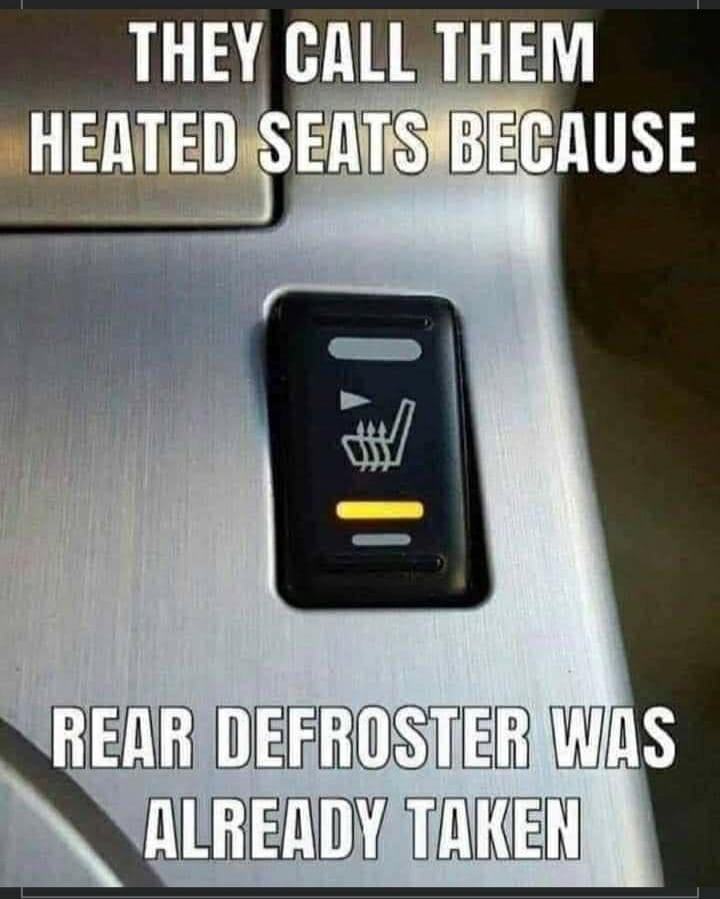 A cartoon from reader Tom:

From Mark Plotkin. No explanation yet for this phenomenon:

And Now for Something Completely Different: People with covid jabs have been markedly less likely to die of other causes | The Economist https://t.co/K6bwUSaIi8

Courtesy of Ginger K. a tweet from Bette Midler and a reply:

The not so festive cousin. pic.twitter.com/YAhsWVZq45

From the Auschwitz Memorial, a survivor (a priest):

29 December 1909 | A Pole, Antoni Kwarta, was born in the village of Boreczek. A Catholic priest.

Tweets from Matthew.  The first one links to a film that I’ll put below the tweet:

Squid chilling in the ocean:

I believe the Webb has already deployed the solar panels, but I’m not certain:

This is where the James Webb Telescope get its power. The 20-foot solar panel the "powerhouse" of the telescope, will supply energy to all of the telescope's scientific instruments, to propulsion and communication systems.pic.twitter.com/TOIaLMKfcj