Quillette sent out an email listing the ten most popular articles of 2021, with ranking judged by page views.  This article, which made #1, which featured in a post I made in February. If you’ve read it, it bears reading again. Or perhaps you missed it. At any rate, it’s by Glenn Loury, a Professor of Economics at Brown University and a black man who can risk writing such an article without being called a racist. But that didn’t stop him from being called an “Uncle Tom”, an “Oreo” (brown on the outside, white on the inside), or “white adjacent.” I think the article is very good in discussing the taboo subjects that must be tackled if we’re to be honest about racial divisiveness and earnest about how to solve it. . My own take is in the first link above.

This a transcript of a talk he gave at Brown University on February 8, and I would have loved to be there to see the audience reaction.  Wait! I just found out, as I should have known, that the lecture is a virtual one, and there’s a YouTube video, which I’ve put below the screenshot. (Click to read, or watch if you want to hear.) 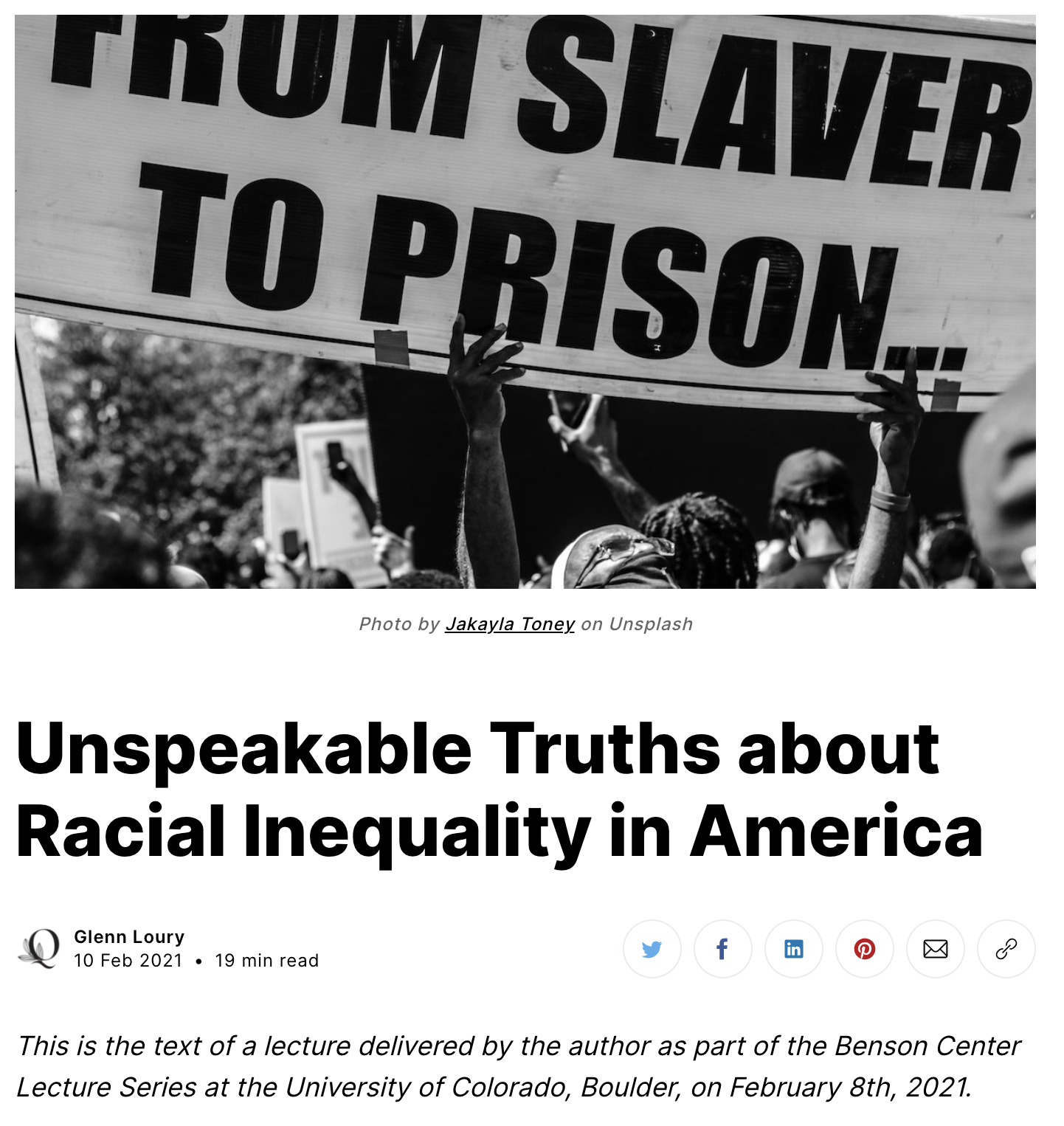 10 thoughts on “Quillette’s most popular article of 2021: A piece by Glenn Loury”