Yes, yes, I am late today because I’ve moved my awakening time forward a bit (it’s now 4:15, oy!). But enough about my insomnia; here are some photos by Linda Taylor of a trip to the Australian Outback. Her notes are indented, and you can enlarge the photos by clicking on them.

I’ve enclosed some photos of my trip to the Cockburn mountain range in the Kimberly of Western Australia which followed my trip to the Bungle Bungles.

We were flown in just past the cliffs of the Cockburn mountain range. But we walked back out that scree slope. Doesn’t look too bad from a distance… but it was treacherous. 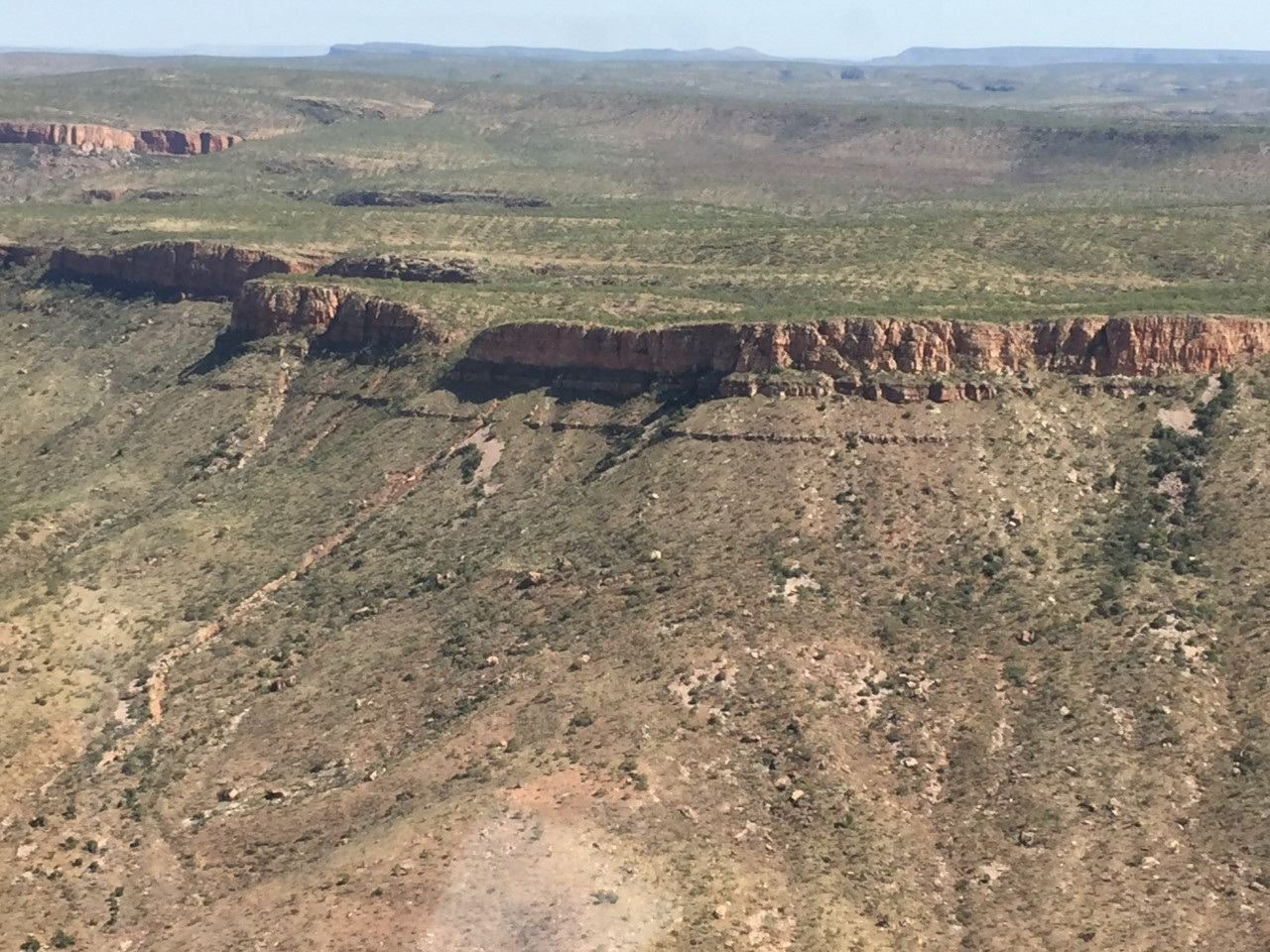 My backpack was only 40 pounds but our guide carried a 70 pound pack and he also did twice the hike as he walked back and forth from the fastest to slowest hiker. 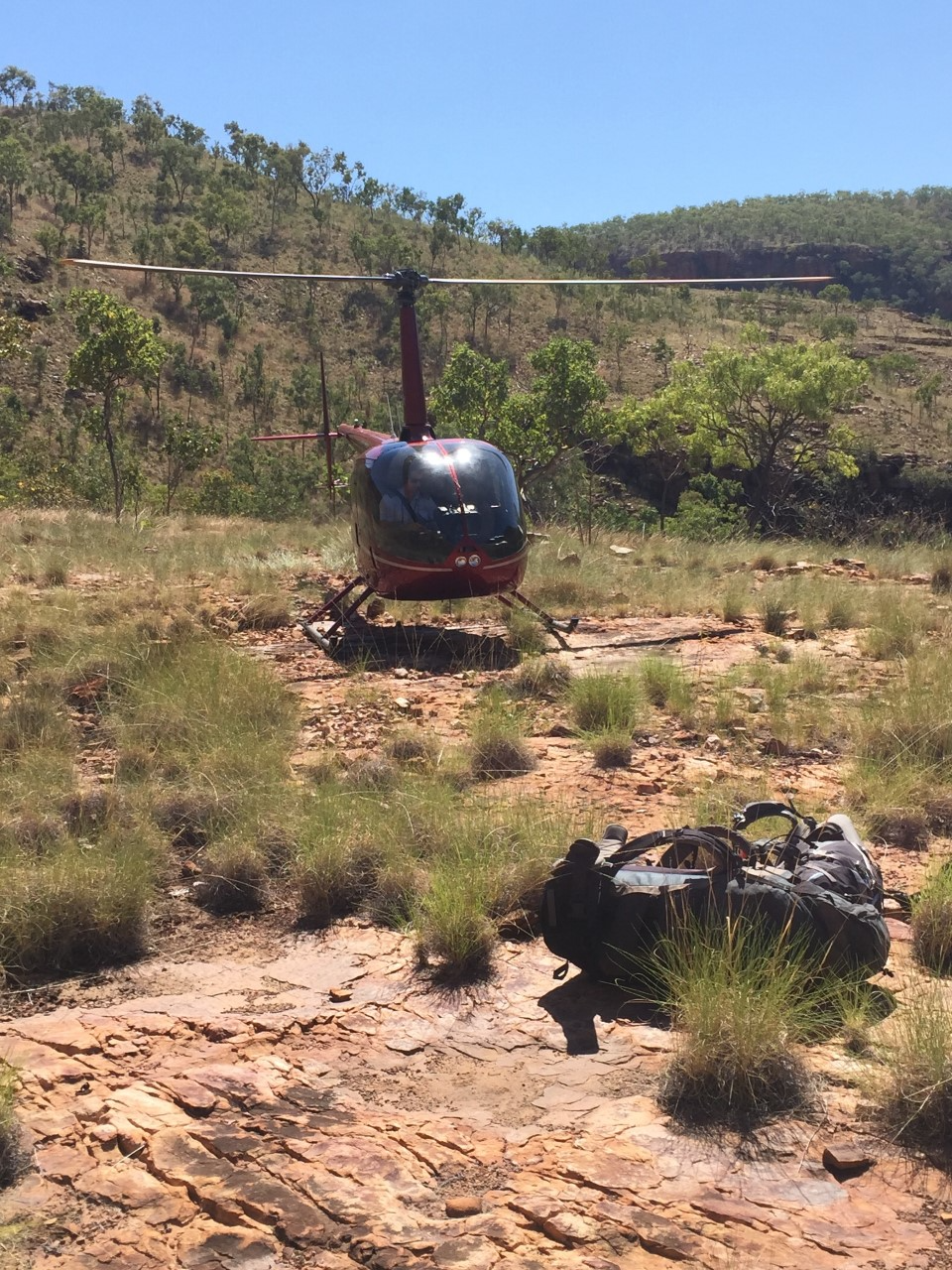 Even though it was the dry season there were plenty of pools of water for drinking. We weren’t allowed to get close to this particular pool until our guide checked it for crocodiles as they could make it up this far in the wet season. There was no need to treat the water as there are no animals or humans defecating in any water sources. As the only Giardia aware non-Australian I did choose to treat my drinking water with the side benefit that it would kill all the tiny leeches. 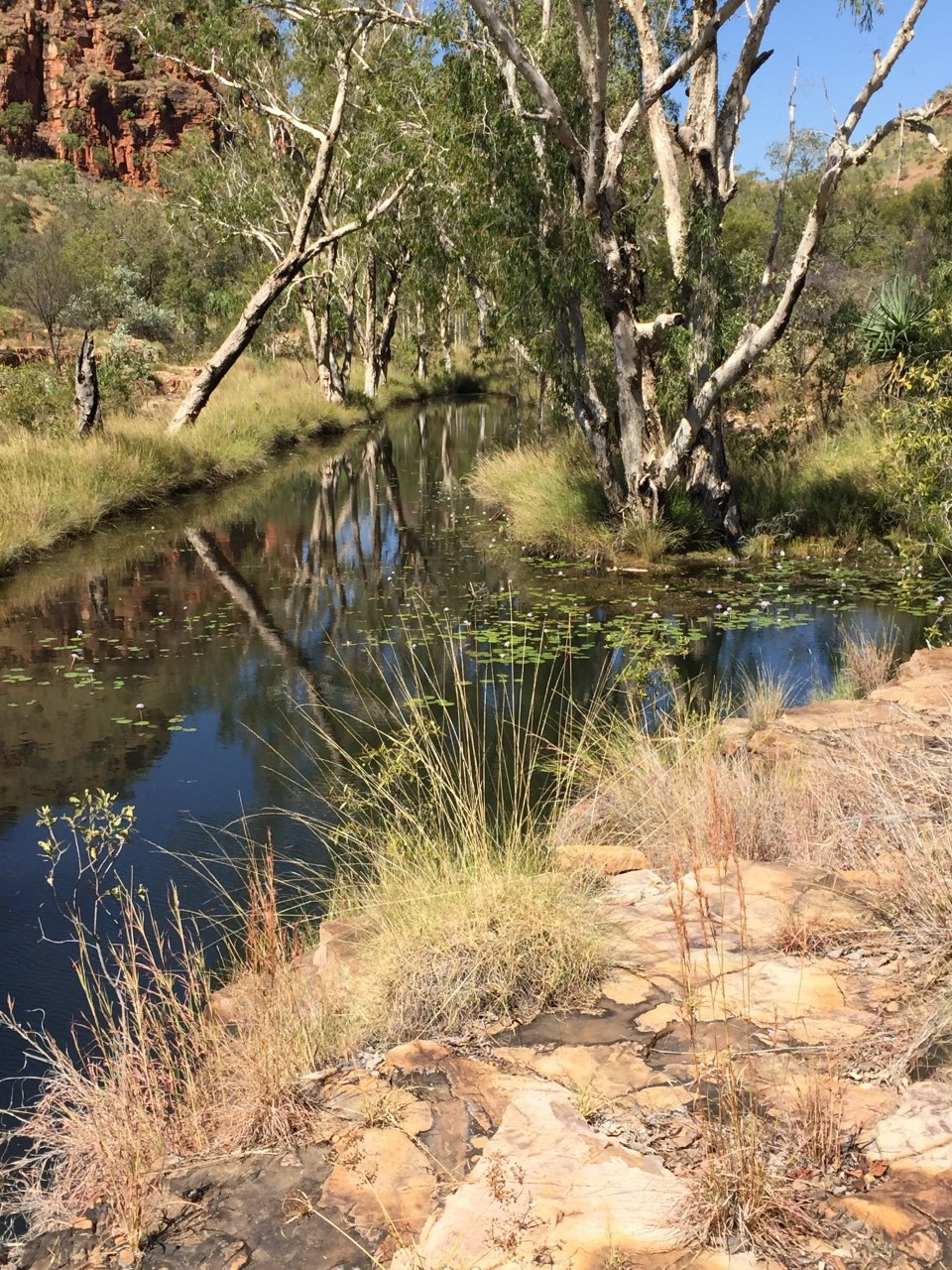 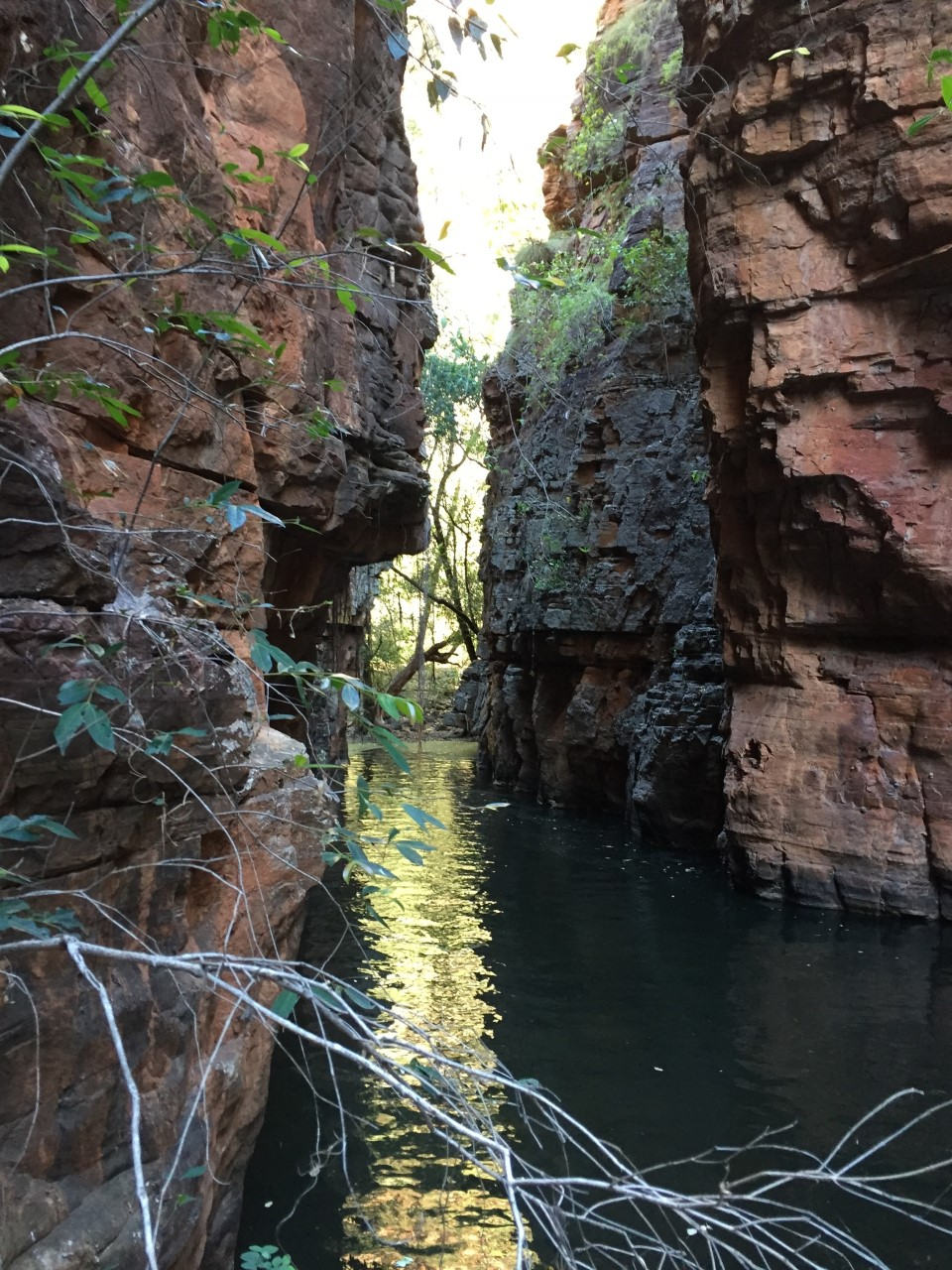 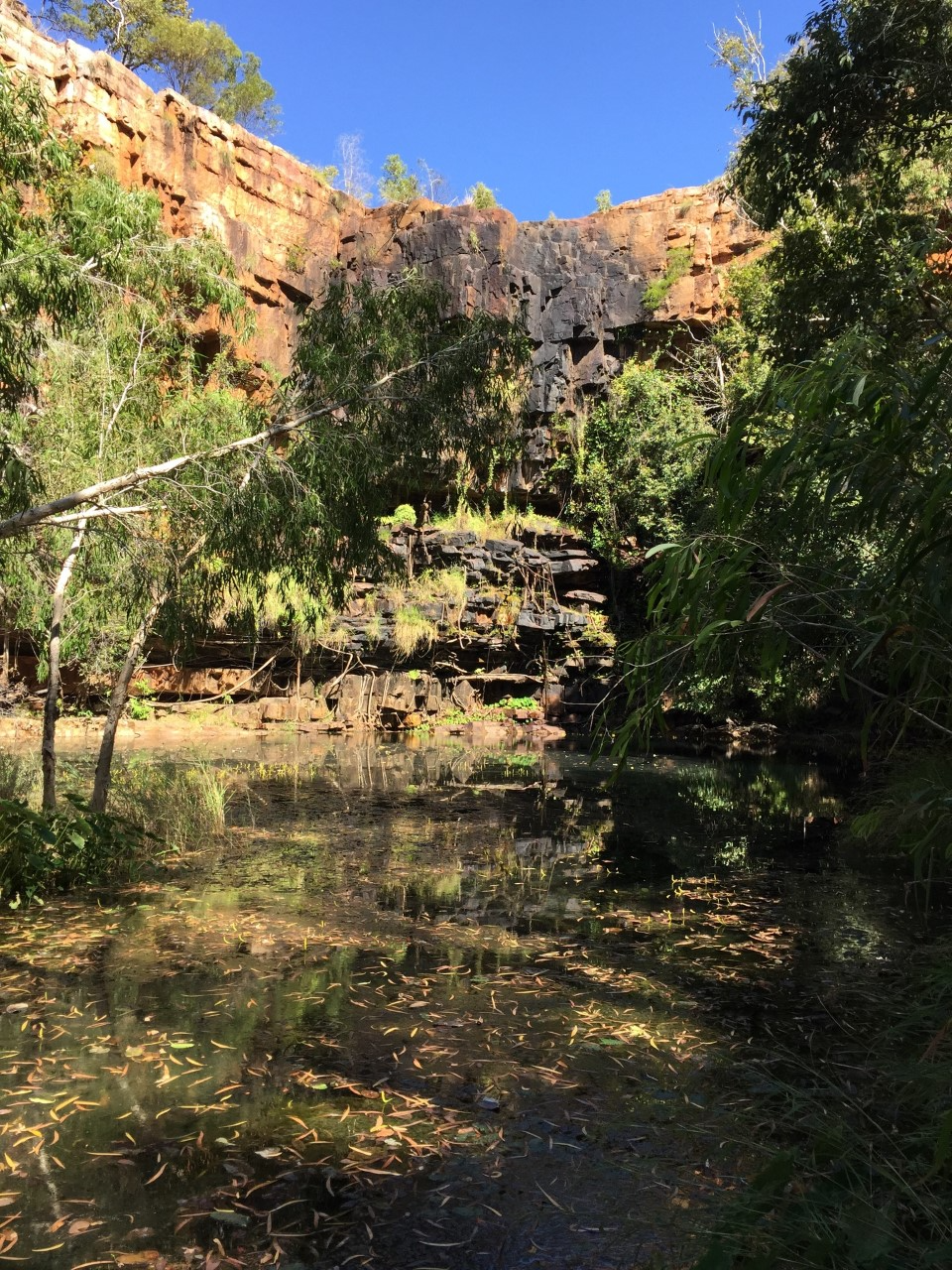 We occasionally saw some rock art. This one of a woman giving birth with her legs akimbo. 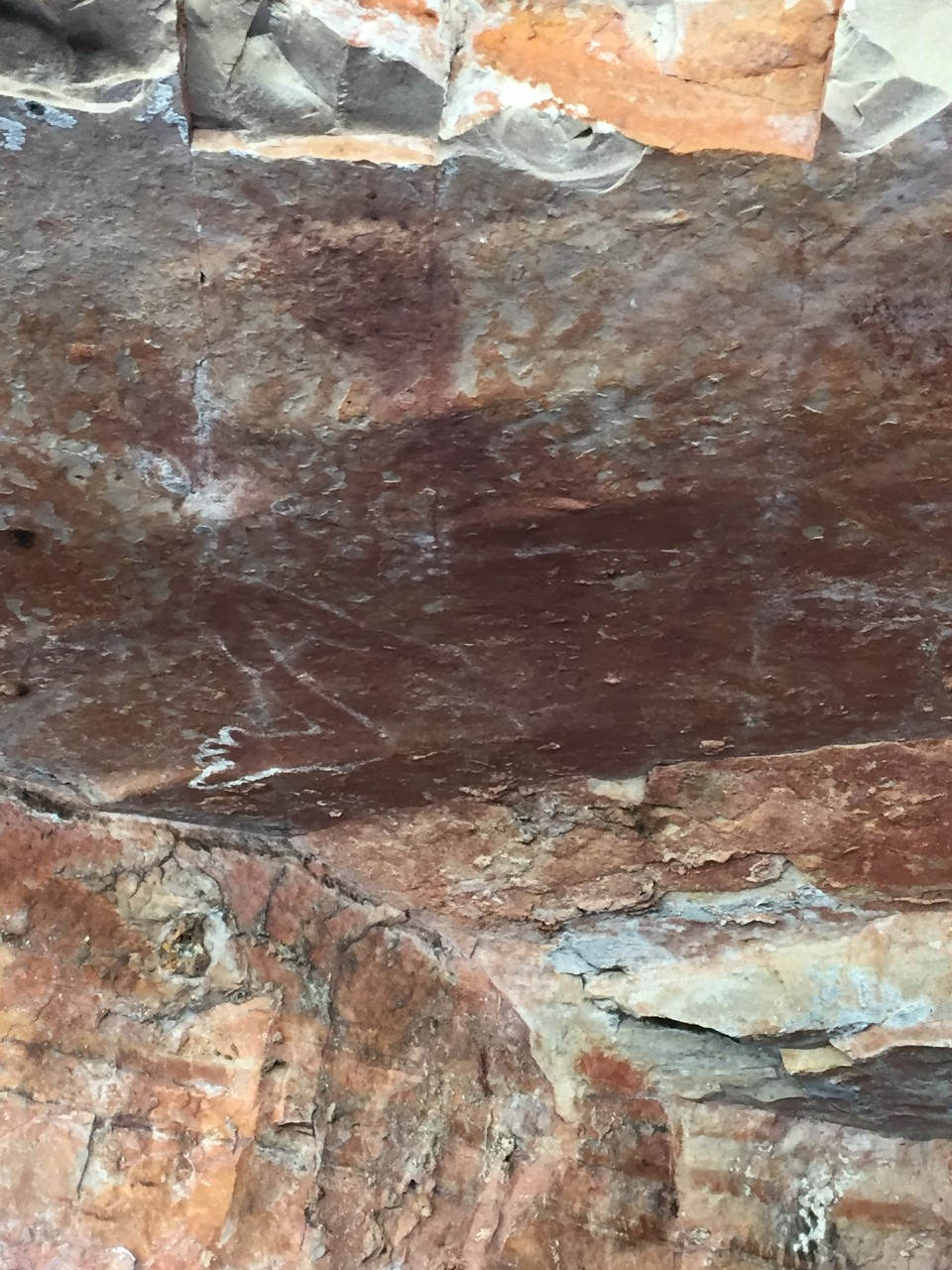 Bowerbird display. Even though I didn’t see a lot of wildlife, clearly they were here. [JAC: The females here clearly prefer white objects, and note what the male has gathered. These are not nests but simply “extended phenotypes” of the males which they build to attract females. After mating in the bower, the females goes off and builds her nest.] 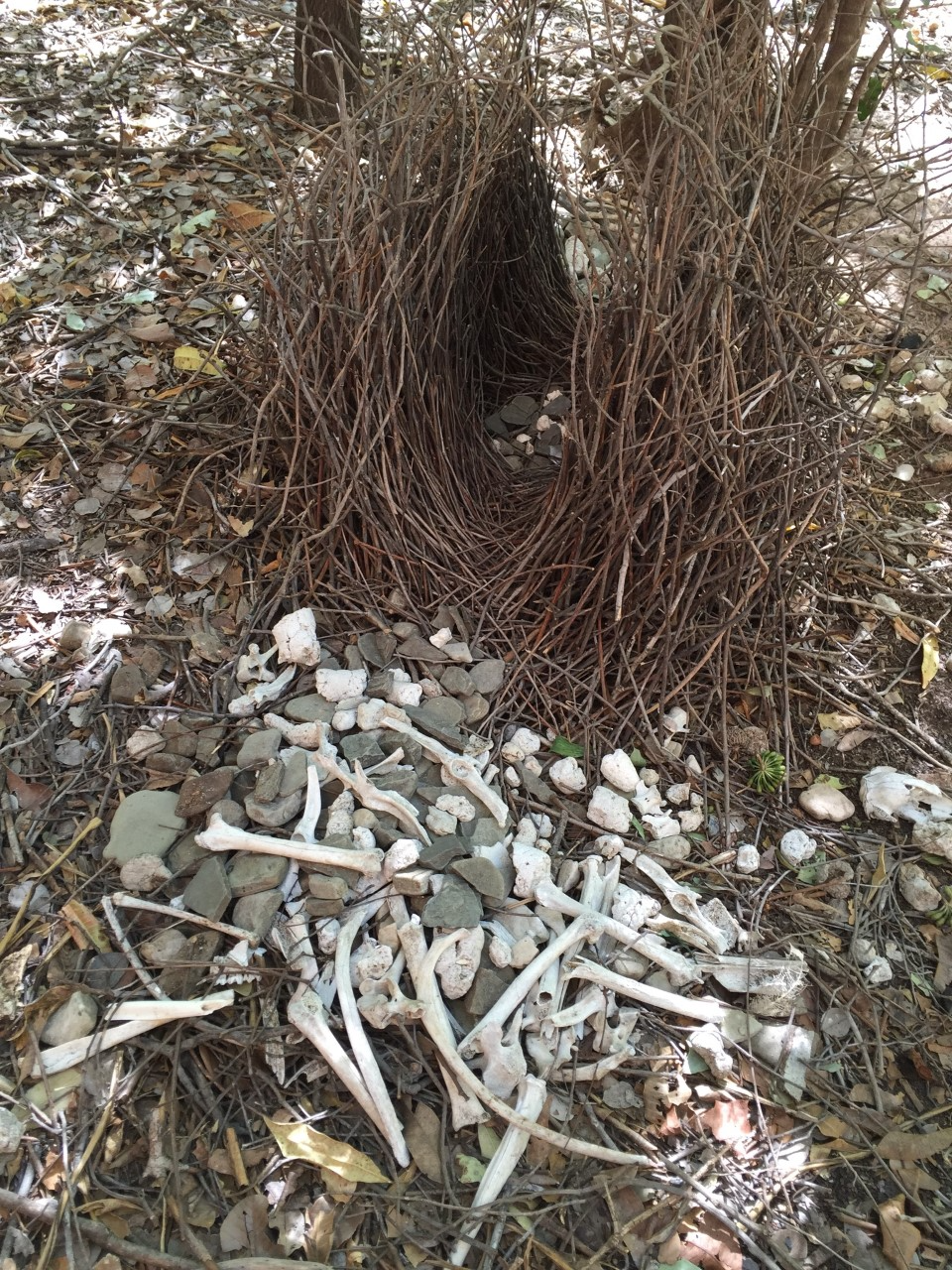