Sometimes dreams do come true. This is a breaking story; click on screenshot: 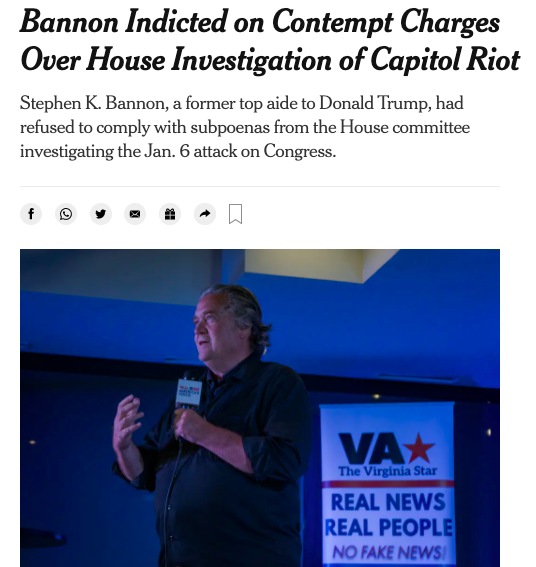 What defense can he have? He did defy a Congressional subpoena. If Bannon claims executive privilege because Trump told him not to testify, he’ll lose.

45 thoughts on “What a lovely headline to see!”