Bring out your photos, please!

Today’s contribution is from Tony Eales from Brisbane. His captions and IDs are indented, and you can enlarge his photos by clicking on them. I was unable to get rid of the double-spacing and smaller fonts in the text. Be sure to see the Bumpy Rocket Frog!

I’ve been back out west in Bladensburg National Park, Diamantina National Park and areas around Mt Isa and Cloncurry. The land has some awe-inspiring scenery as well as mind numbing emptiness. 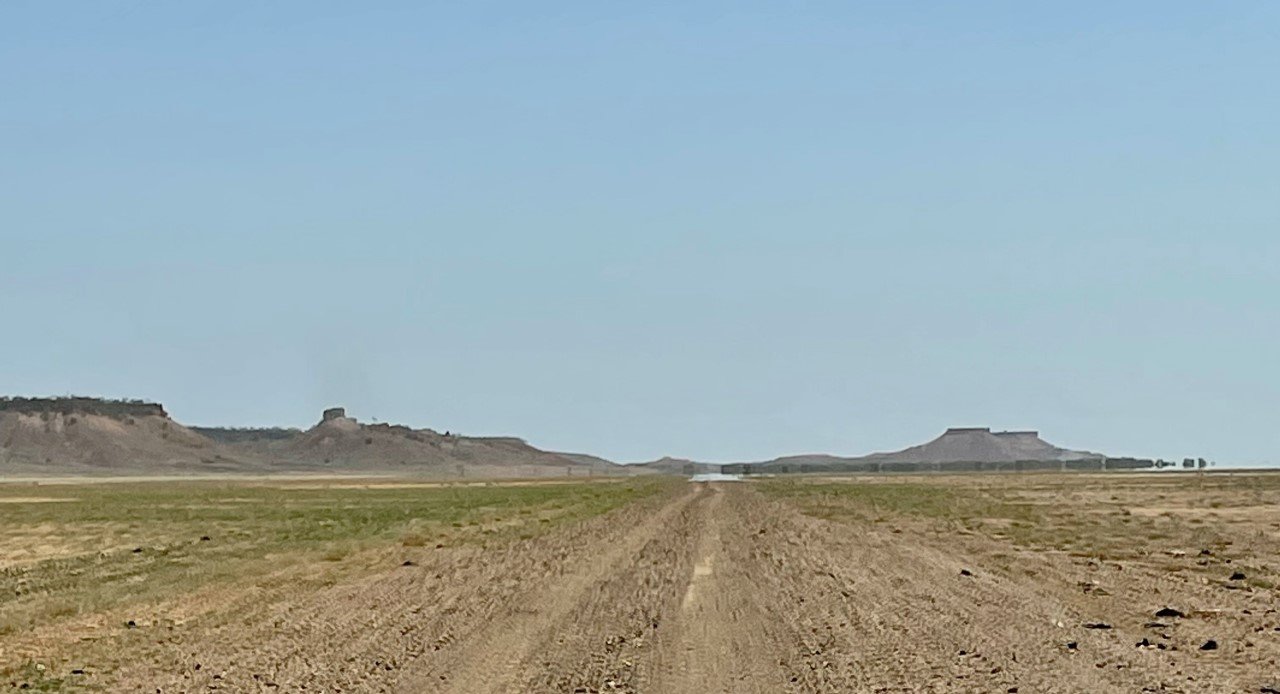 It’s also a place where European interference has led to the extinction and near extinction of many vertebrate species. I was privileged to visit the newly purchased recovery area for the (once believed extinct) Night Parrot and talk to the manager there about the problems and pressures they are facing.

Recent rain brought out frogs and insects at night but many of the billboard species are too rare and secretive for me to have photographed. Here’s a few highlights of animals and scenery.

The landscape around the town of Cloncurry is grassy and dotted with termite mounds: 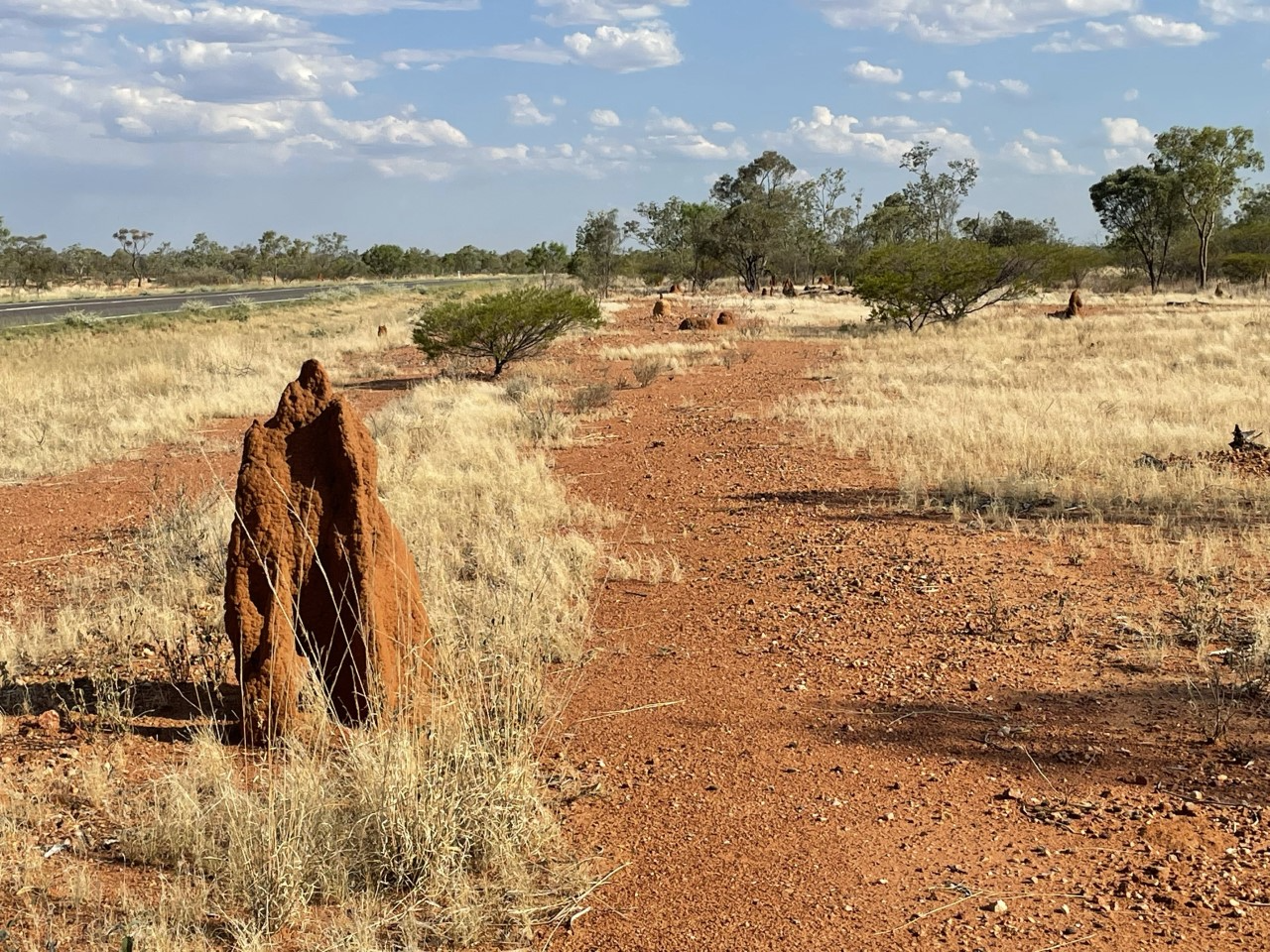 This dry grass has a selective pressure on the arthropod life that lives in it, with many of the spiders and insects being a similar pale yellow or white. 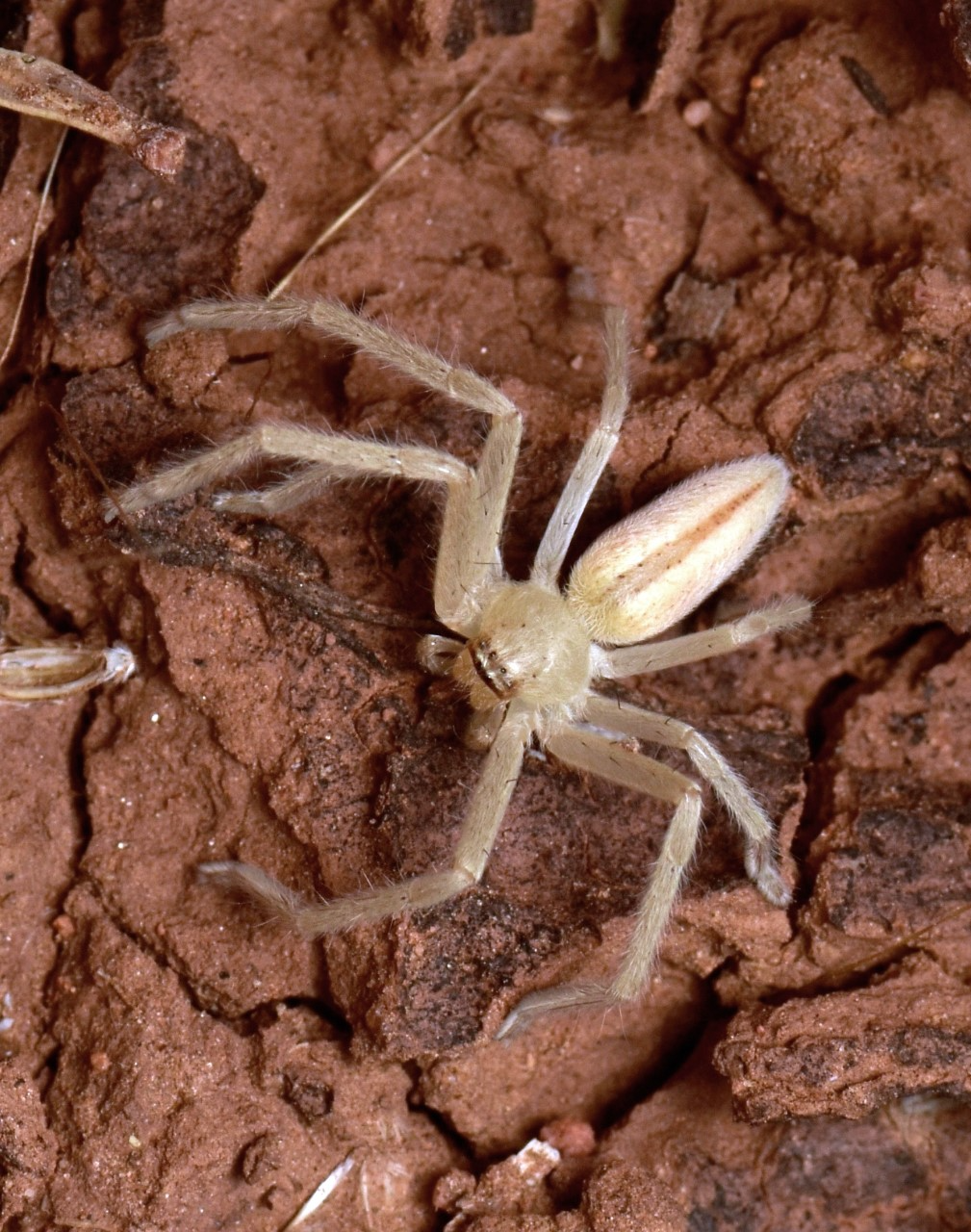 An as yet unidentified member of family Morabidae, AKA Australian Monkey Grasshoppers: 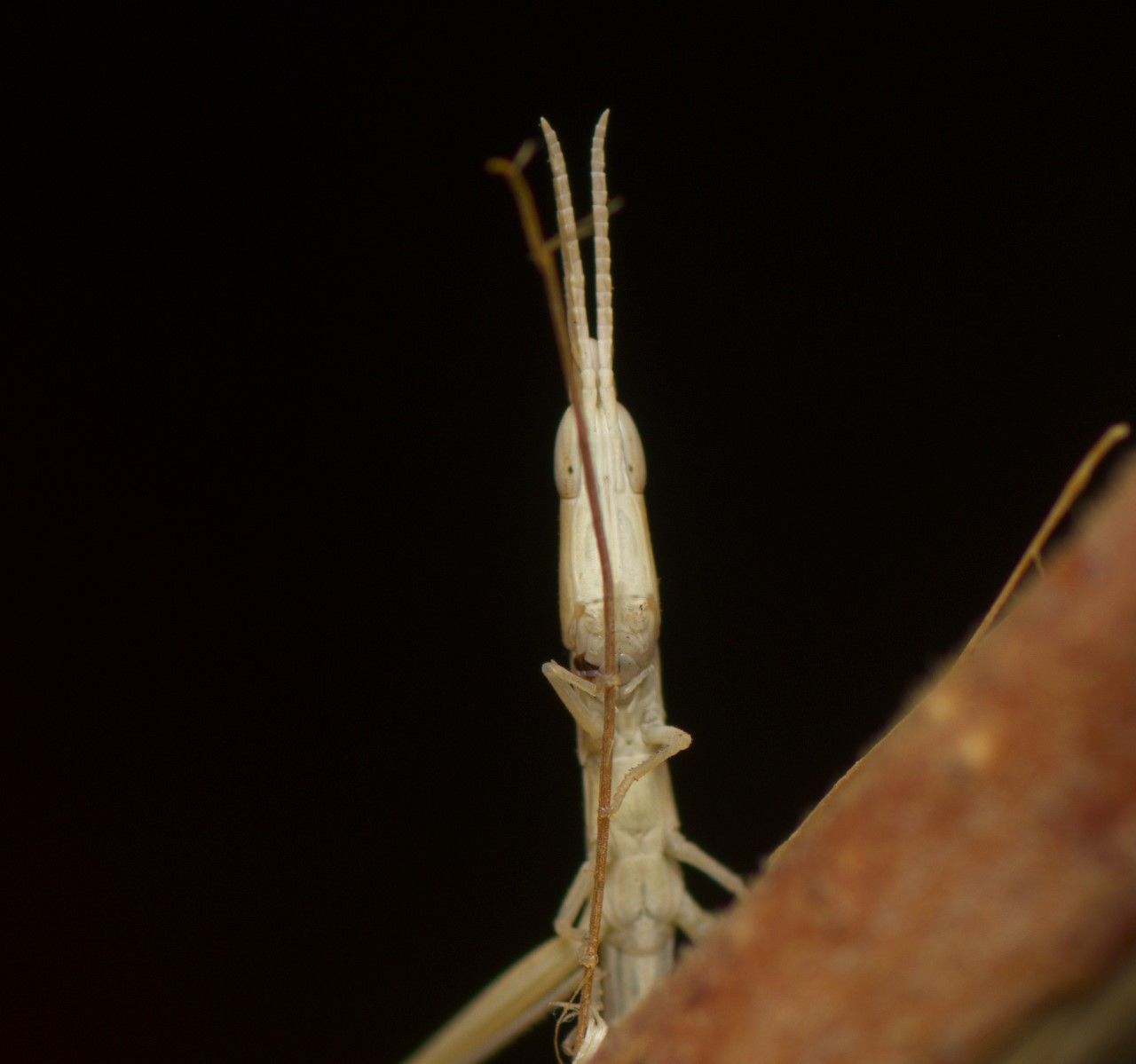 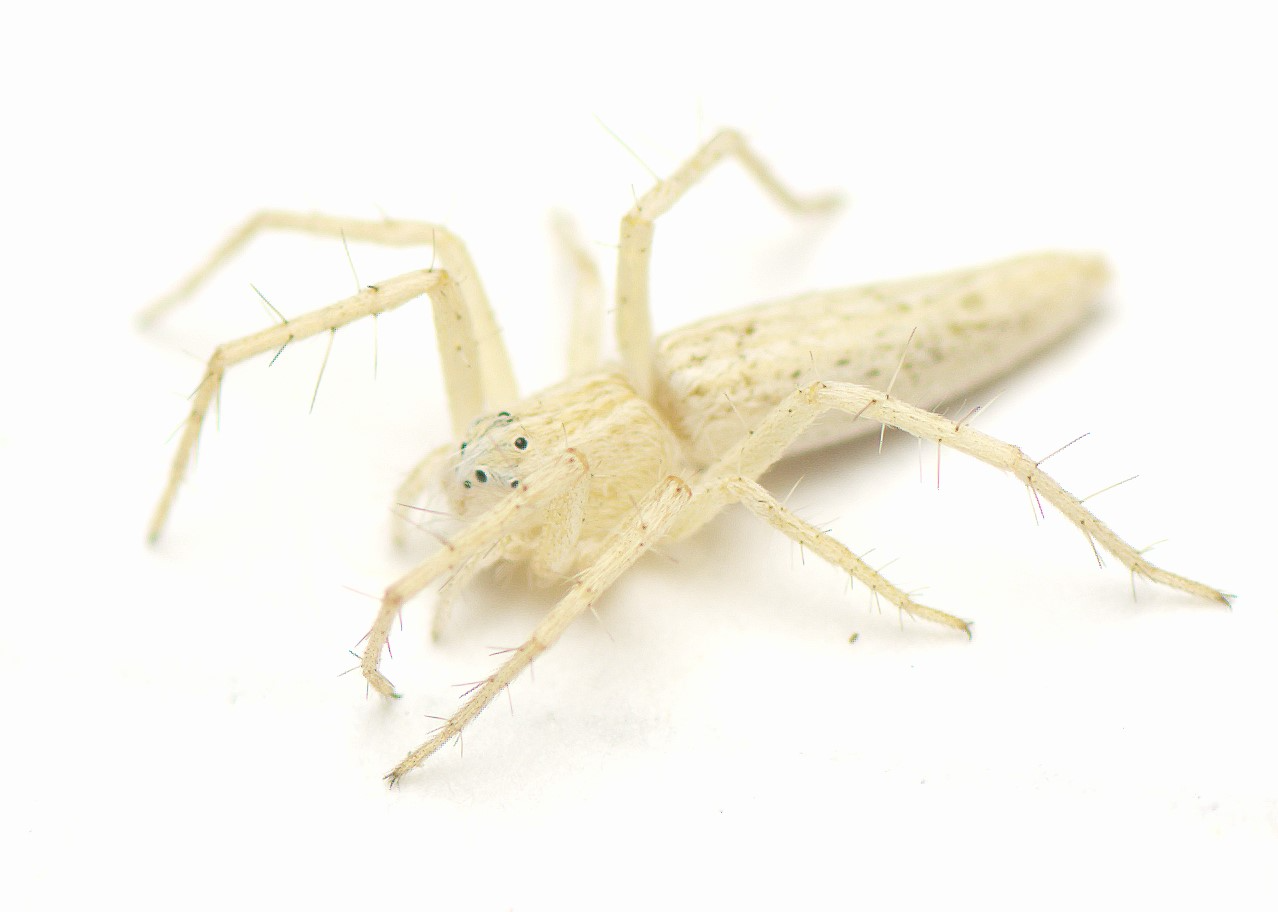 As I mentioned, recent rain had brought a lot of the area to life. There was abundant bird life at the dam outside Cloncurry.  Ardea intermedia, Intermediate Egret: 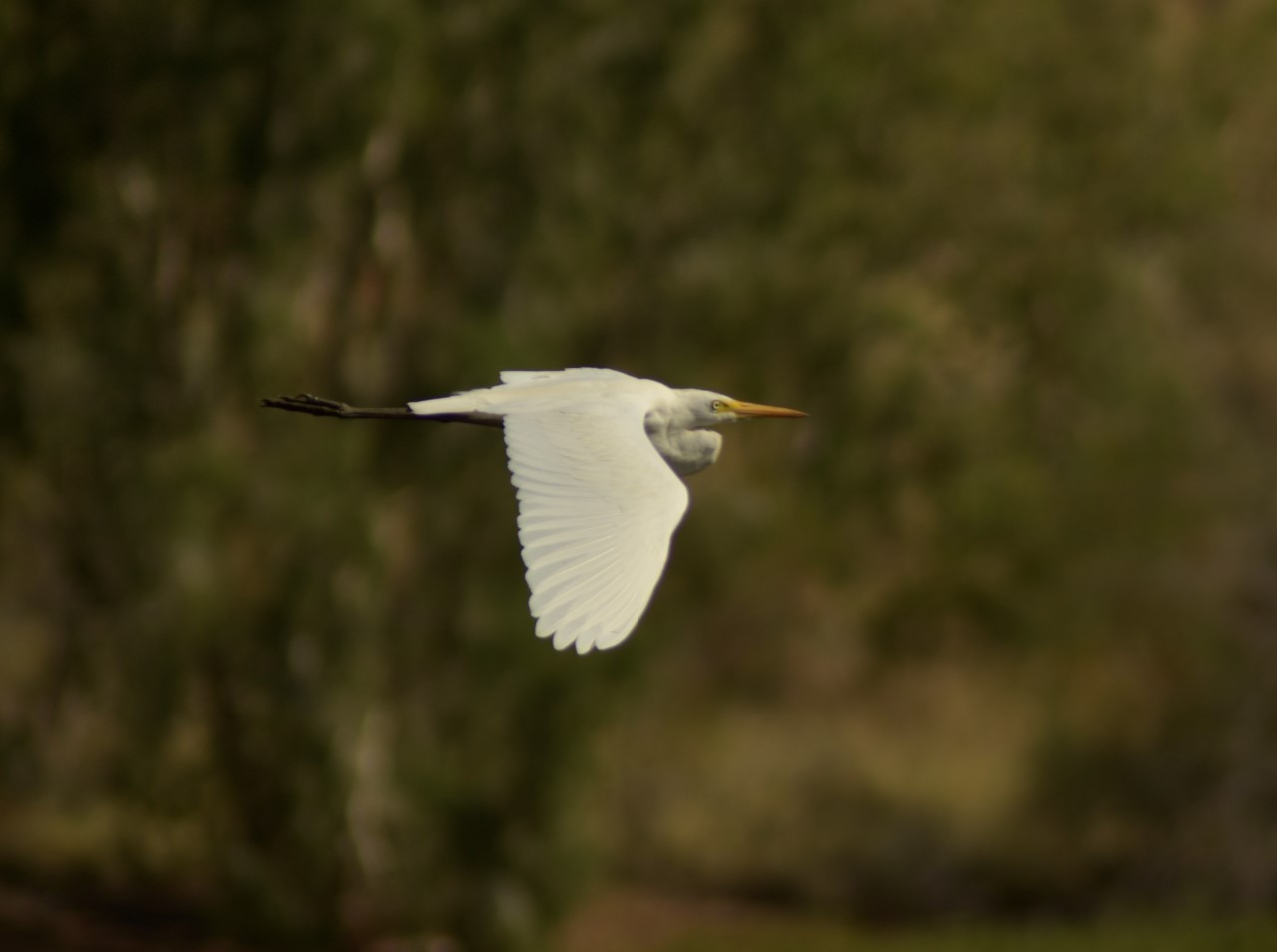 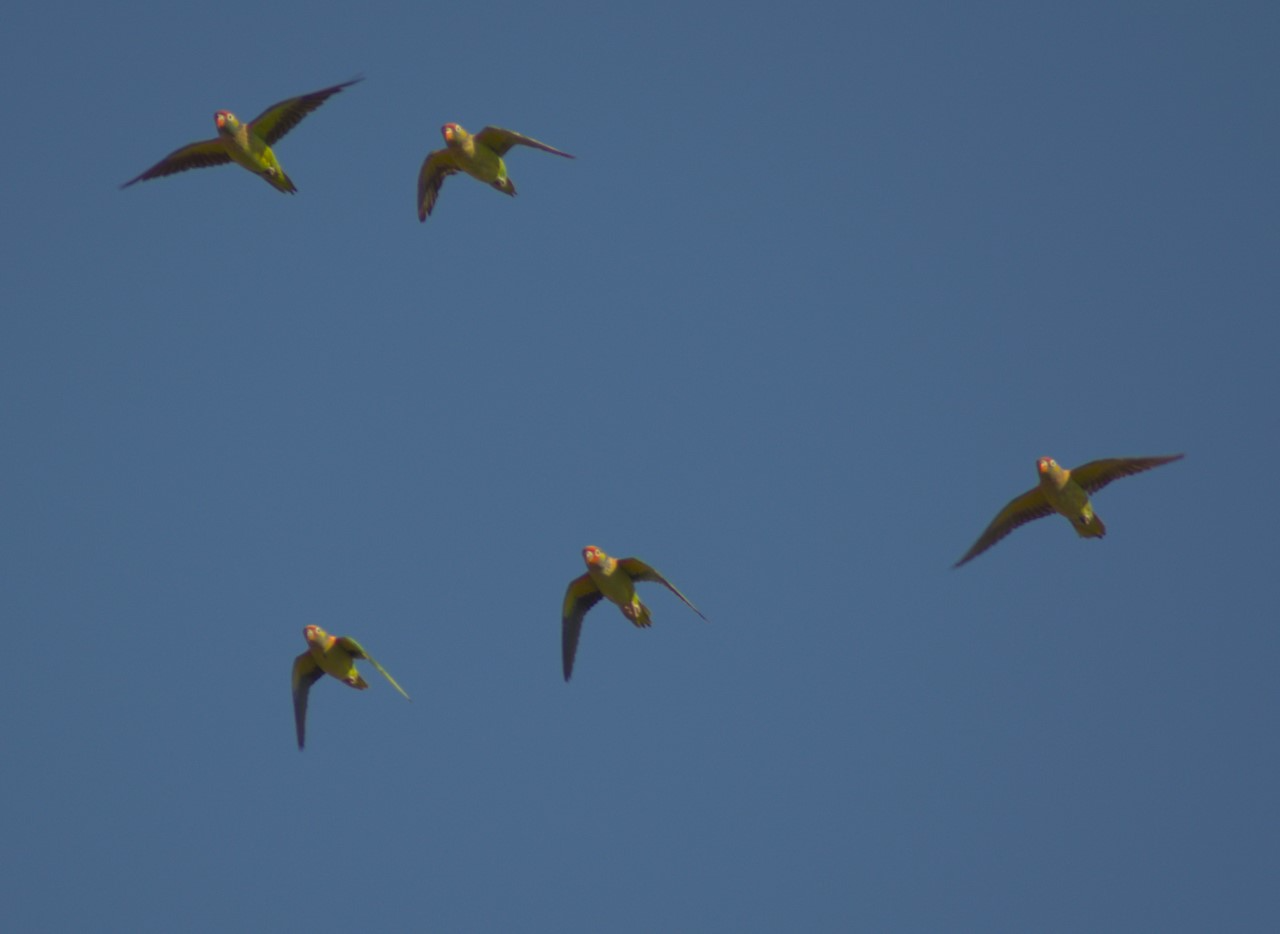 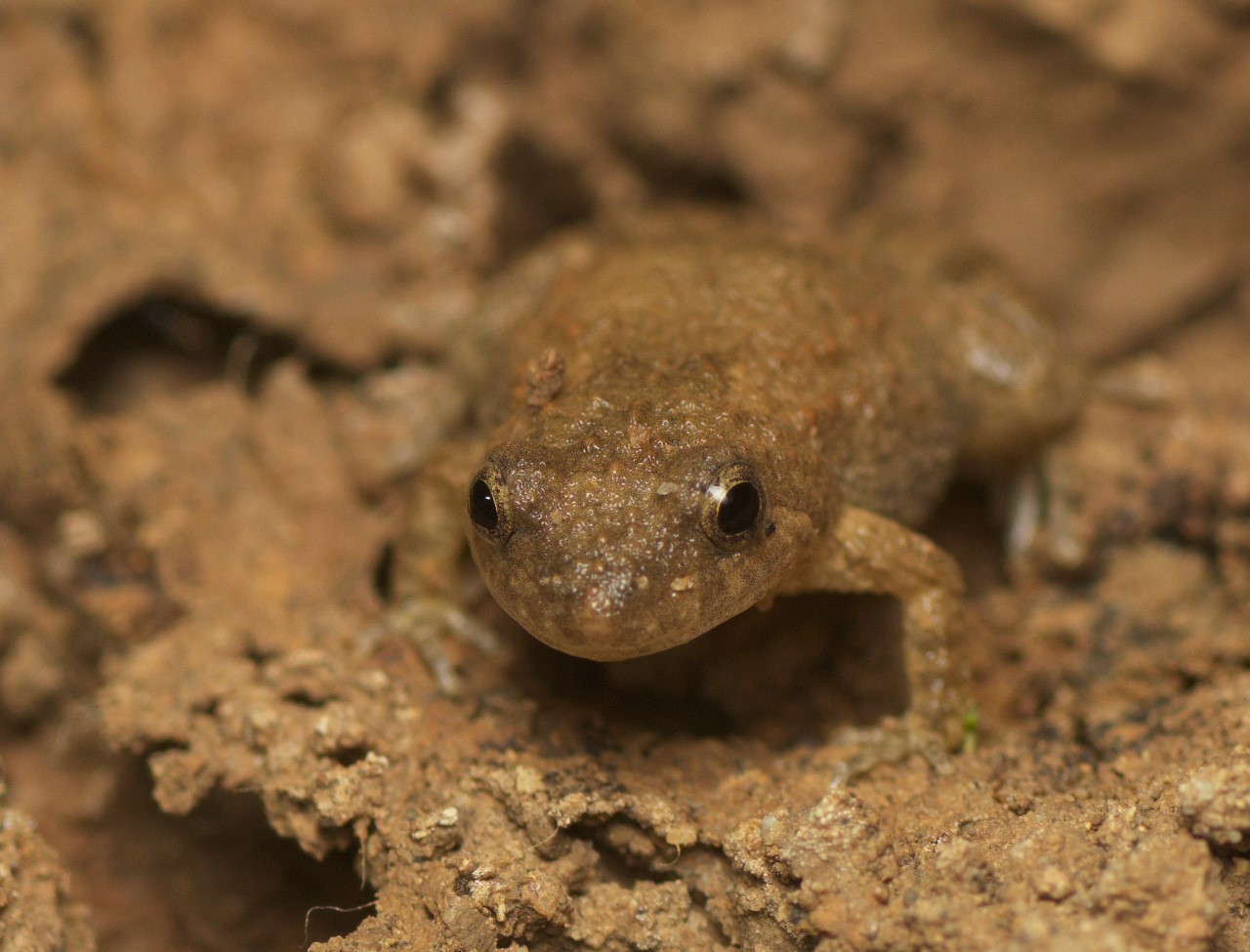 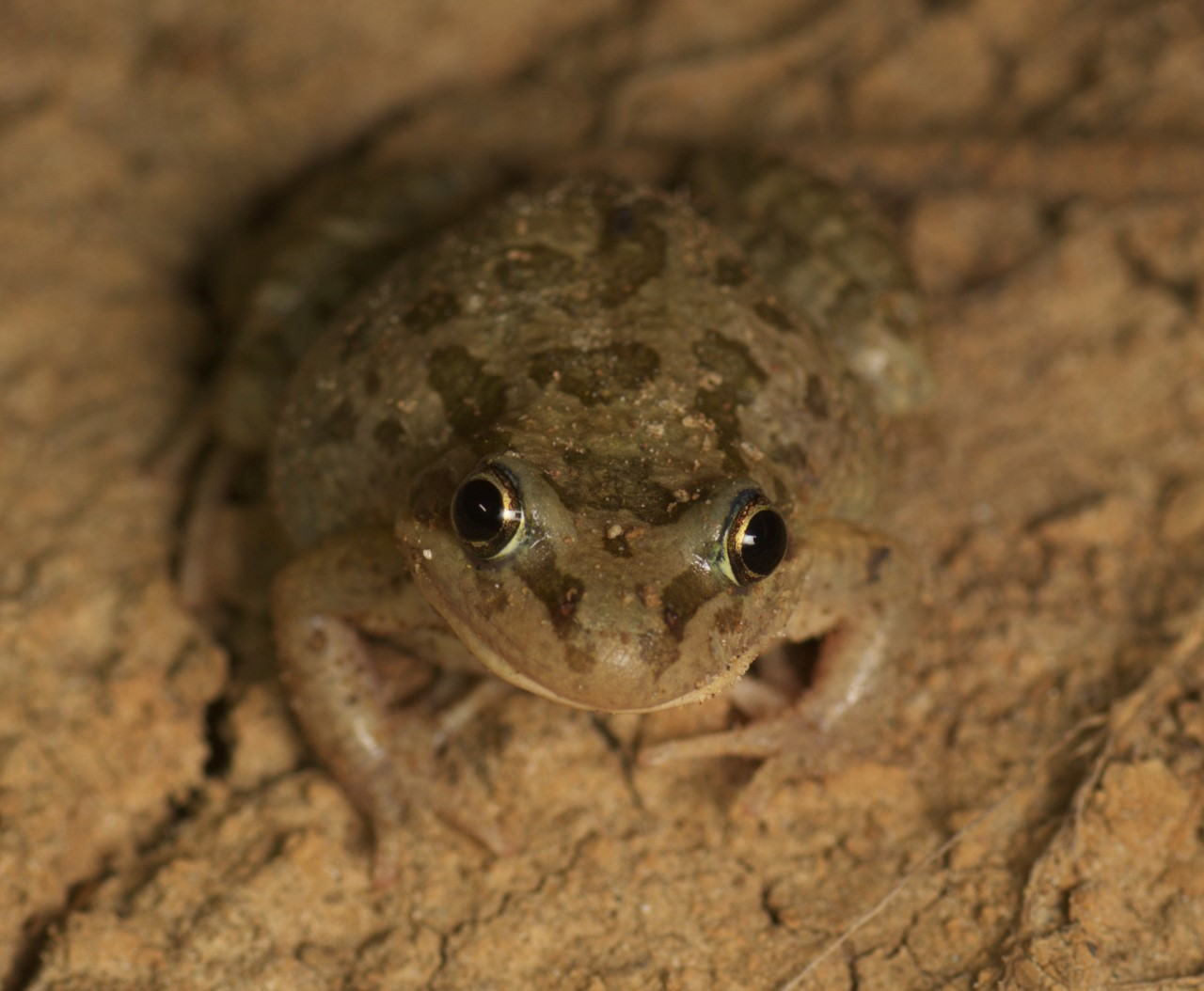 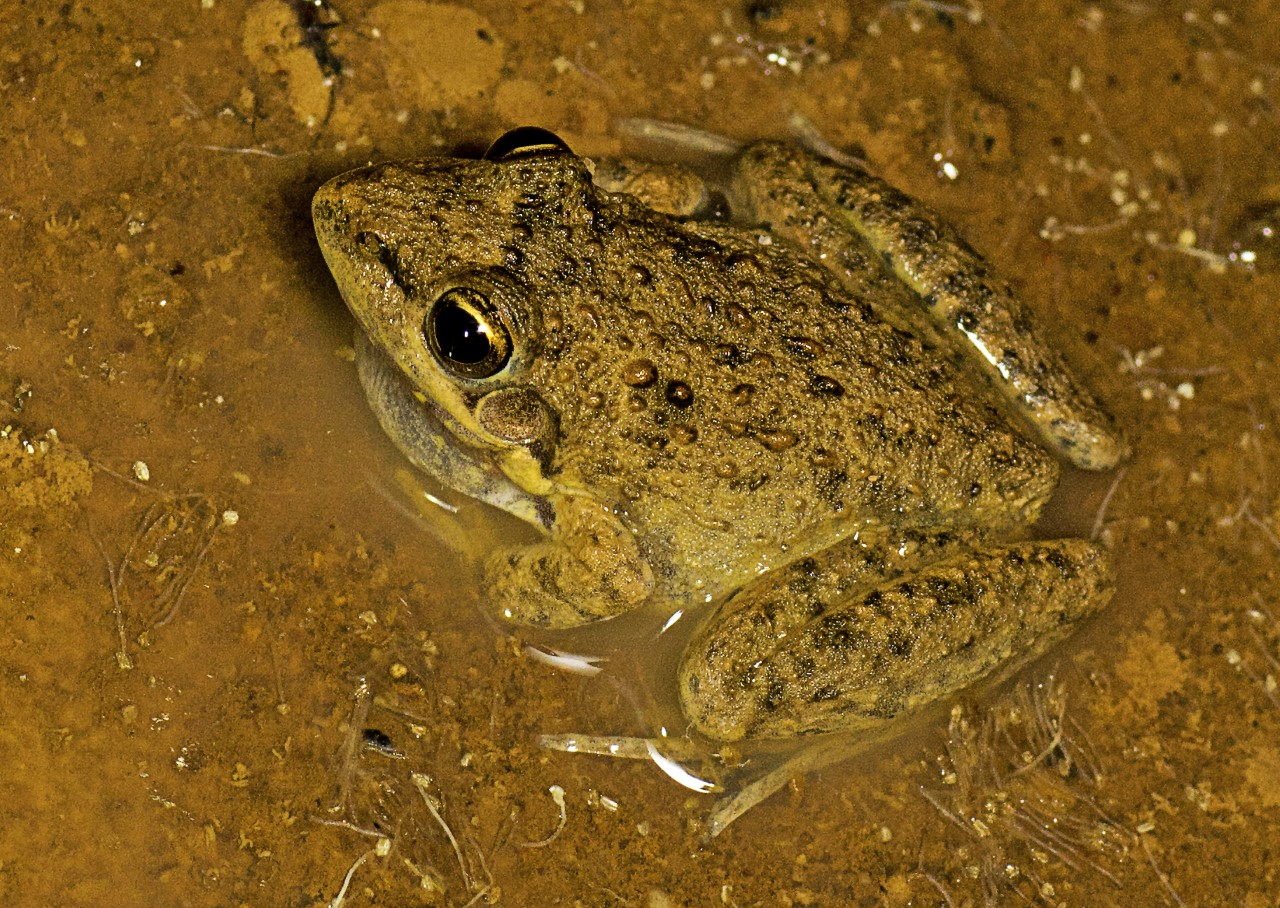 One of the big highlights for me was to see my first Great Artesian Basin mound springs. See here for info on these highly endangered and critical habitats

We visited Elizabeth Springs, one of the few in the region that is not extinct. It is home (as are many of these springs) to a handful of unique species and sub-species that are entirely restricted to and dependant on the springs including a species of desert goby found nowhere else Chlamydogobius micropterus.

The habitat itself is under threat from pumping for agriculture and intrusion by feral species such as pigs (which we observed about ten of as we arrived). Nevertheless, as a biodiversity fanboy, it was a great experience to get to visit this remote place in person. 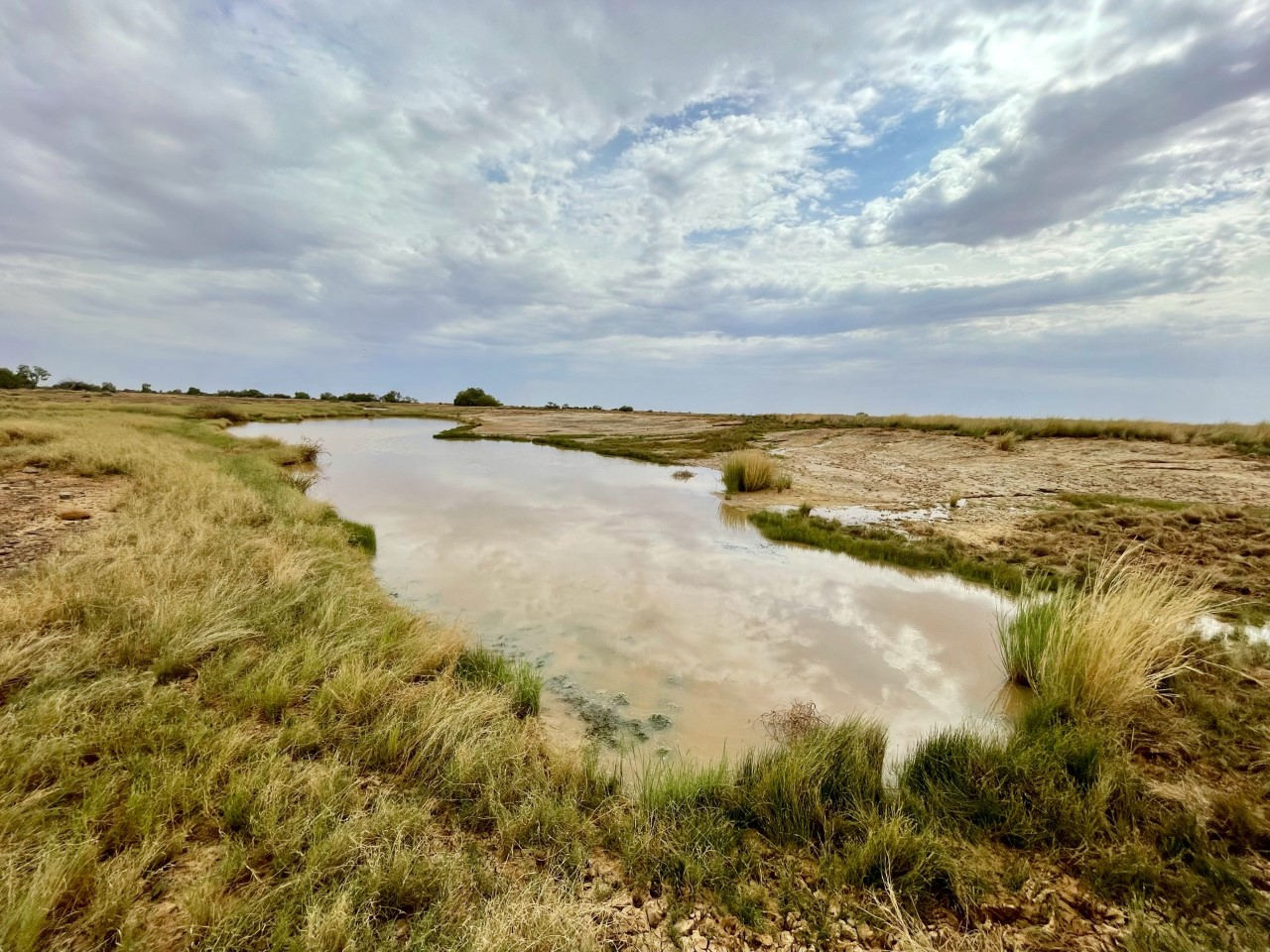 The aquatic weed you see in the foreground is a species of macroalgae, known collectively as Stoneworts, called Nitella tumida. This species is associated with saline groundwater from Great Artesian Basin springs. 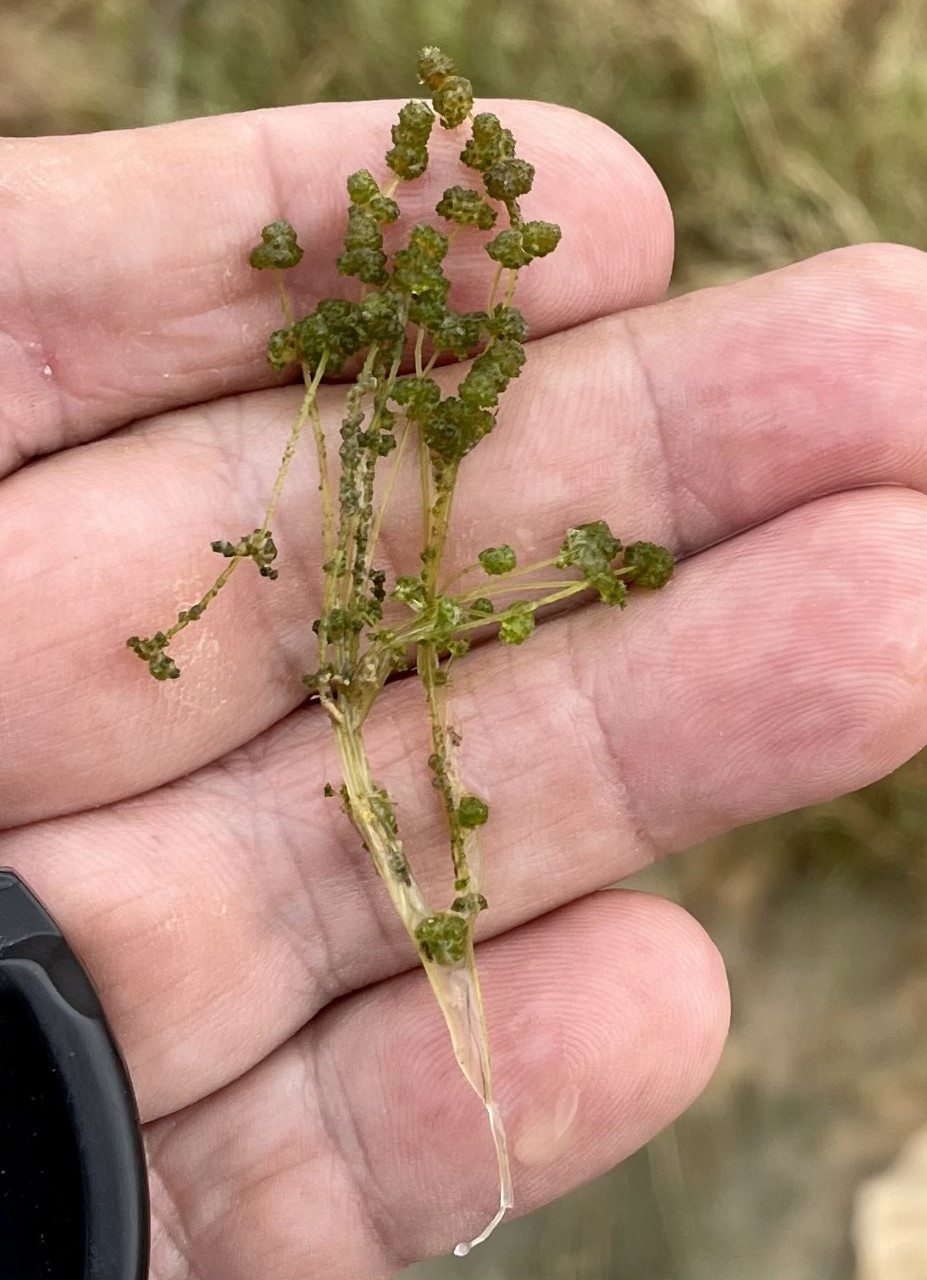 The greatest privilege and highlight of the trip was the visit to the (semi-)secret location of the Night Parrot (Pezoporus occidentalis) recovery reserve purchased by Bush Heritage Australia. They have done a remarkable job of setting up and managing a low-impact conservation research facility (and could always use more donations) on a remote mesa next to the Diamantina National Park.

The threats to the parrot are many, predation from cats and foxes, poaching of eggs and birds by collectors, habitat destruction from stock and an extreme crypticness and remoteness that makes them difficult to study and get a baseline on numbers from which recovery plans can be assessed. There had been no well authenticated sightings between 1912 and 2013, and the bird achieved legendary status among Australian birders with all the big names in birding having their own near-miss sightings.

Between 1990 and 2013 two dead birds (one on the grill of a truck and one that flew into a barbed wire fence at Diamantina National Park) had turned up proving that the bird still existed. The person who produced the first video evidence was the absolute rogue and reputed bird hoaxer John Young. Since then, ornithologists have captured, tagged, filmed and recorded birds in several dispersed locations across the desert areas of Australia. 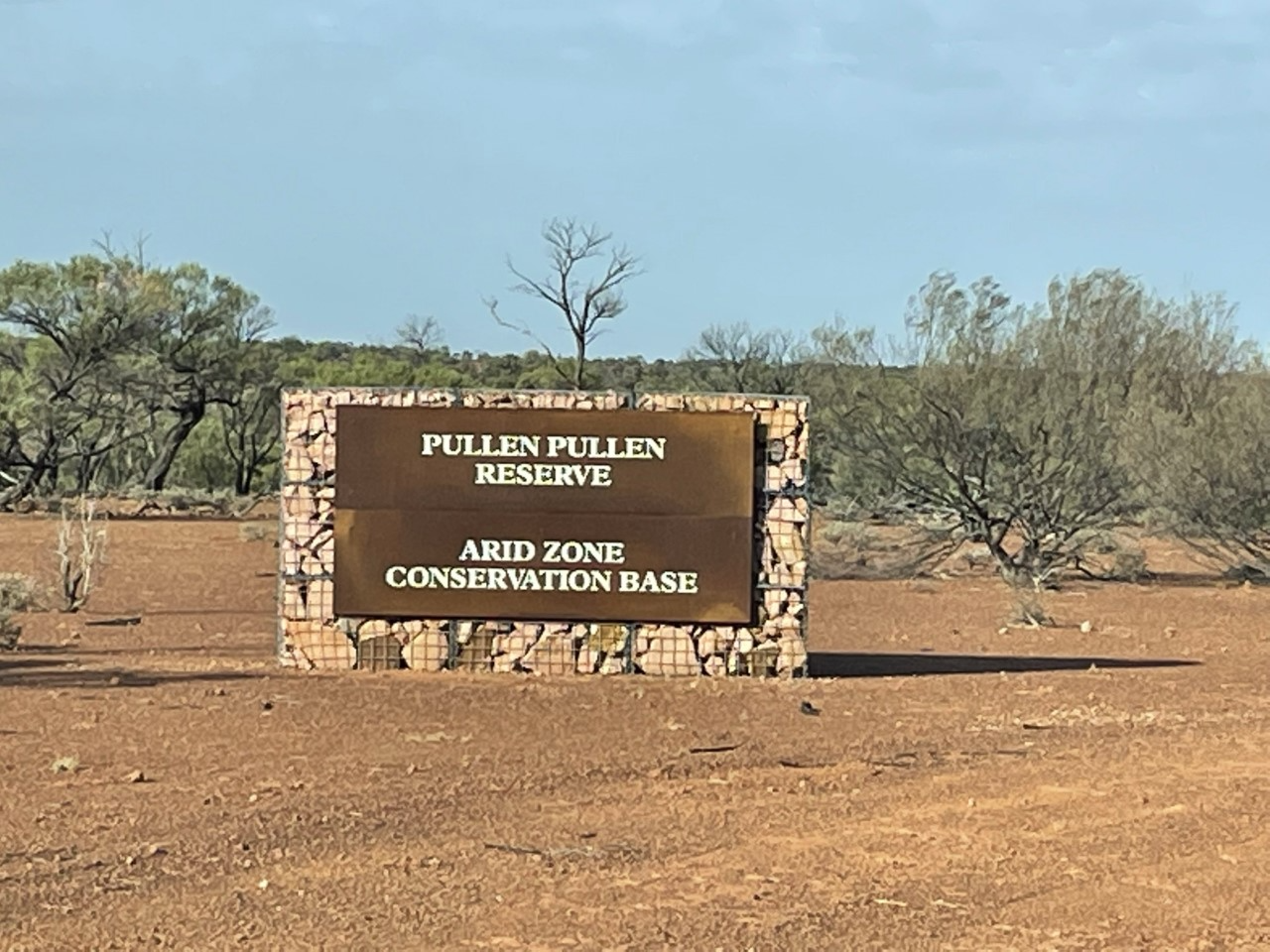 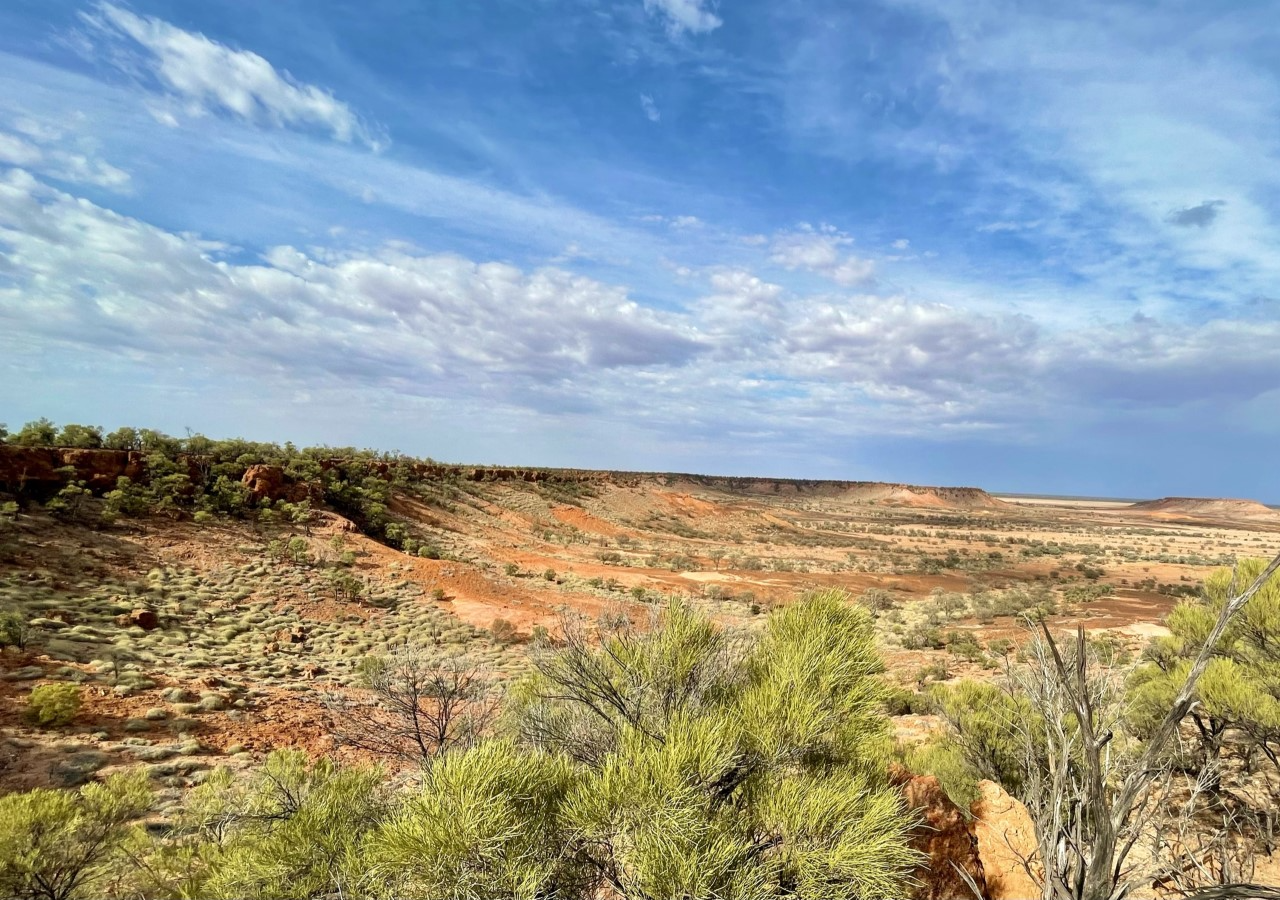 JAC: Here’s a photo of a night parrot: 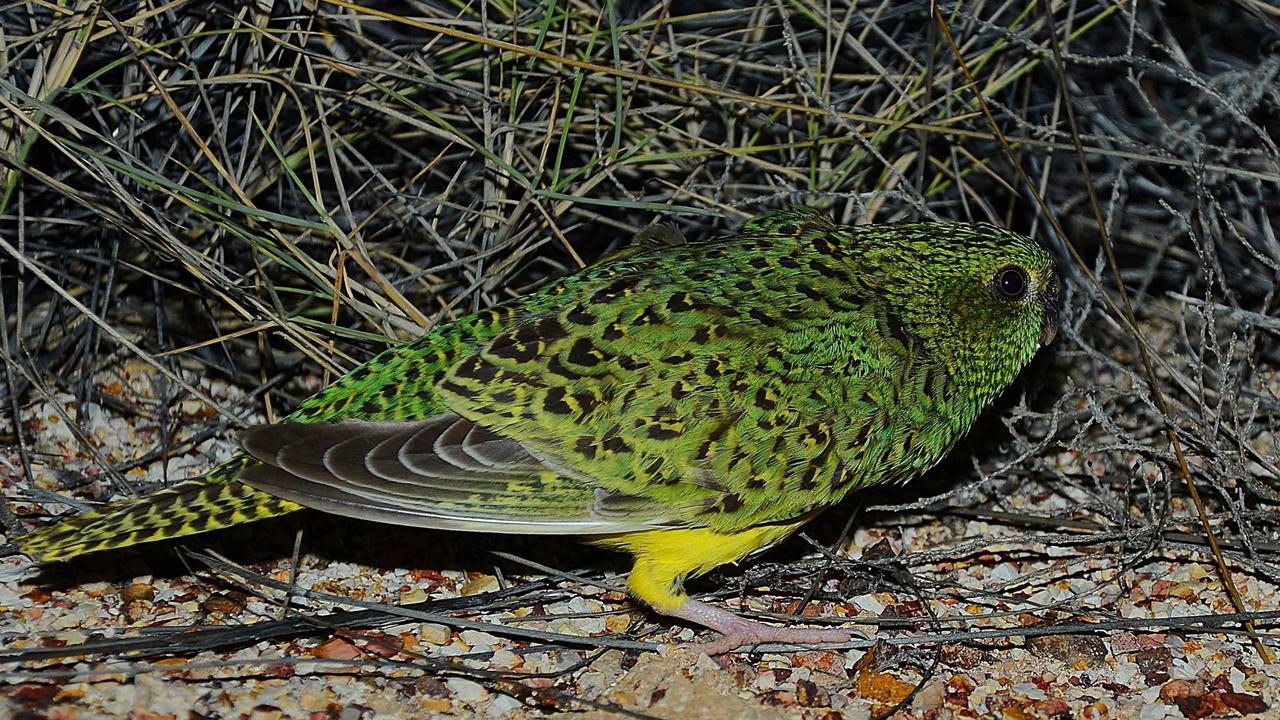 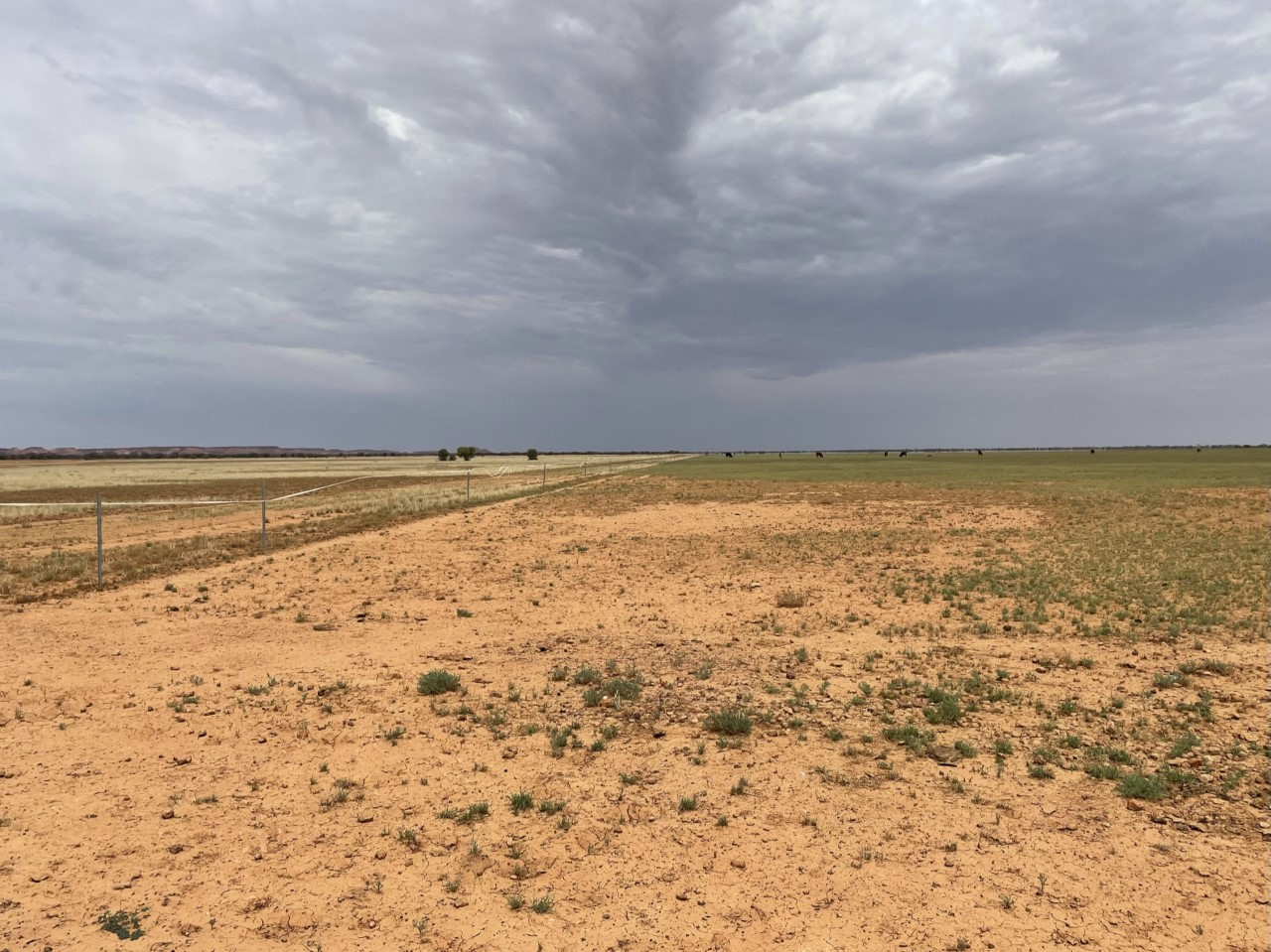 And finally the ubiquitous Horner’s Two-lined Dragon, Lophognathus horneri, a lizard that was in every reserve and motel garden in this part of the outback. 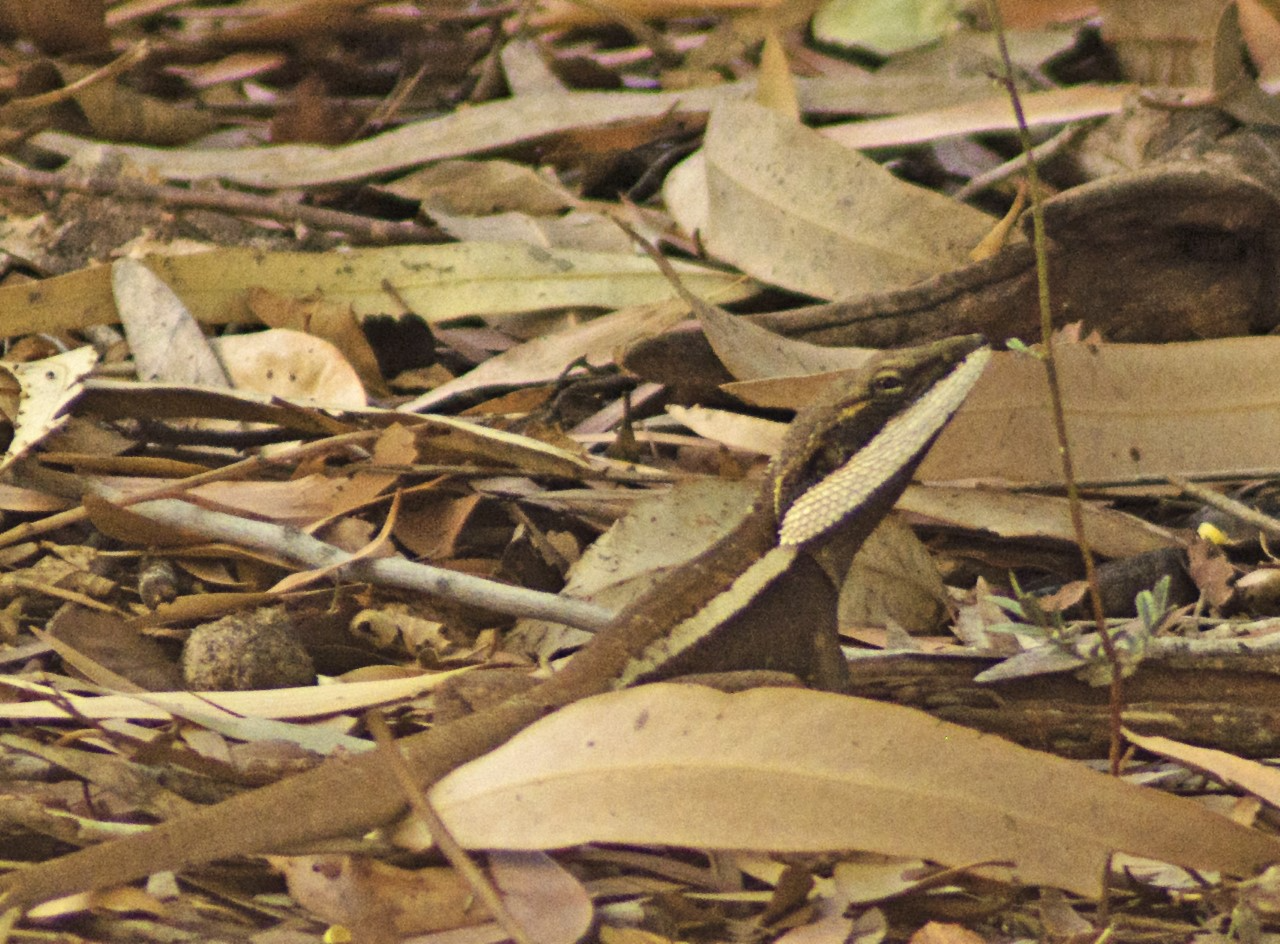