Good morning at the start of a new work week, for it’s Monday November 8, 2021: National Cappuccino Day, and I’m having one as I type.

It’s also National Harvey Wallbanger Day, Cook Something Bold Day, National Dunce Day, World Pianist Day, X-ray Day, (International Day of Radiology), celebrating the day X-rays were discovered in 1895 (see below), World Urbanism Day, and Synaxis of the Archangel Michael and the other Bodiless Powers of Heaven Day, celebrated by the Eastern Orthodox Church. (I don’t often list religious holidays, but this one had a good name).

Finally, there’s a Google Doodle today (click on screenshot) honoring the life and work of Kamal Ranadive, born on this day in 1917 (died 2001), known for her work on the connection of viruses to cancer, tissue culture, and fostering science education, particularly among women.

*After a lot of bad national publicity, the University of Florida has finally allowed three professors to testify against the state’s new voter-restriction law. The profs also filed a lawsuit. But the state government now says they can’t receive compensation for their testimony, (h/t Ken):

The concession appeared to be an unqualified victory for the three professors, all nationally known experts in their fields. Drs. Smith and McDonald have frequently testified in election and voting-rights cases nationwide. Dr. Austin is an expert on African American political behavior and the author of a number of books on that and related topics.

All three had given depositions and submitted expert reports in the Florida lawsuit despite the university’s effort to block them. They are scheduled to testify in the case in January.

I don’t think there’s a law forbidding such testimony (originally nixed because it “went against the interests of the state of Florida), and I doubt there’s one against receiving remuneration. The threat of a lawsuit made the university cave.

*NYT columnist Ross Douthat, who has suffered for several years with Lyme Disease, recounts how a bit of quackery helped him. In particular, he says he benefited from using the Rife machine, which pumps electricity into the body through the hands and feet (its principle is that each malady has a special “electromagnetic frequency”).

There were two channels listed for Lyme disease, each one containing dozens of frequencies. I set the machine up inside the drop-leaf desk in our back bedroom, my office, the most private space that I could find. I dampened the terry cloth and gripped the cylinders, like a robot recharging his batteries or a video game player with a control in either hand. Then I punched in the first channel and hit start.

He wants people to take a position in between quackery and scientific medicine, because sometimes the “Establishment” will be wrong. Perhaps, but I don’t like the idea of a national figure touting electromagnetic cures for diseases when there’s no evidence for it. (Granted, Lyme disease is a toughie.) People not as rich as Douthat might get bilked.

*Speaking of quackery, you’ve heard about how the great Green Bay Packers quarterback Aaron Rodgers misled people into thinking he was vaccinated when he told reporters he was “immunized.” It turns out that he didn’t get the vaccination, but took IVERMECTIN as well as monoclonal antibodies and zinc. Well, he wasn’t really immunized because he got Covid and is now sidelined for a while. Now the Washington Post analyzes five misleading statements Rodgers made and what the experts say about them. Here’s one:

Rodgers: “To my knowledge, there’s been no zero long-term studies around sterility or fertility issues around the vaccines. So that was something I was definitely worried about.”

What experts say: Rodgers cited his hopes of becoming a father as one of the reasons he declined the shot. But there’s a greater risk of infertility caused by the virus he has.

The same misconception about infertility from getting vaccinated was raised by singer Nicki Minaj and has spread online, despite dismissals from experts including the American Society for Reproductive Medicine.  (h/t Randy)

*The NYT ha a decent article called “Your easy, no-sweat guide to picking wines for Thanksgiving.” The advice is sound but the spelling is not. Here’s part of a list of the type of wines you don’t want (my bolding):

• Transgressive wines. Thanksgiving is a time for making people happy, not for persuading them to drink avant-garde styles that you love but that may bewilder mainstream drinkers. You don’t have to sacrifice principals or suppress your own tastes, just look for styles that can be easily understood by most people.

Has the paper given up editing? I think this isn’t a typo but a misspelling, and it’s the first one I can remember seeing in the paper.

And they recommend one wine that is a house staple of mine, which I’ve touted here before (my emphasis):

Florence, who generally brings American wines, picked as her white a 2020 California blend of chenin blanc and viognier from Pine Ridge that was bright, floral and slightly spritzy.

That is a great white and costs about ten bucks. For Thanksgiving I’d choose a decent but not too gutsy Beaujolais, preferably by Georges Duboeuf. No rosés! The article is right on about avoiding gutsy and high-alcohol wines.

*This might be seen as good news except that it won’t do anything to rescue the critically endangered Amur leopard, a subspecies of the leopard (Panthera pardus orientalis) found in SE Russia and NW China. Only about 60 individuals are estimated to survive in the wild, but a female cub named Marta, born in August at the Sant Barbara zoo. According to the AP, Marta just made her public appearance. Go see the photos, like this one: 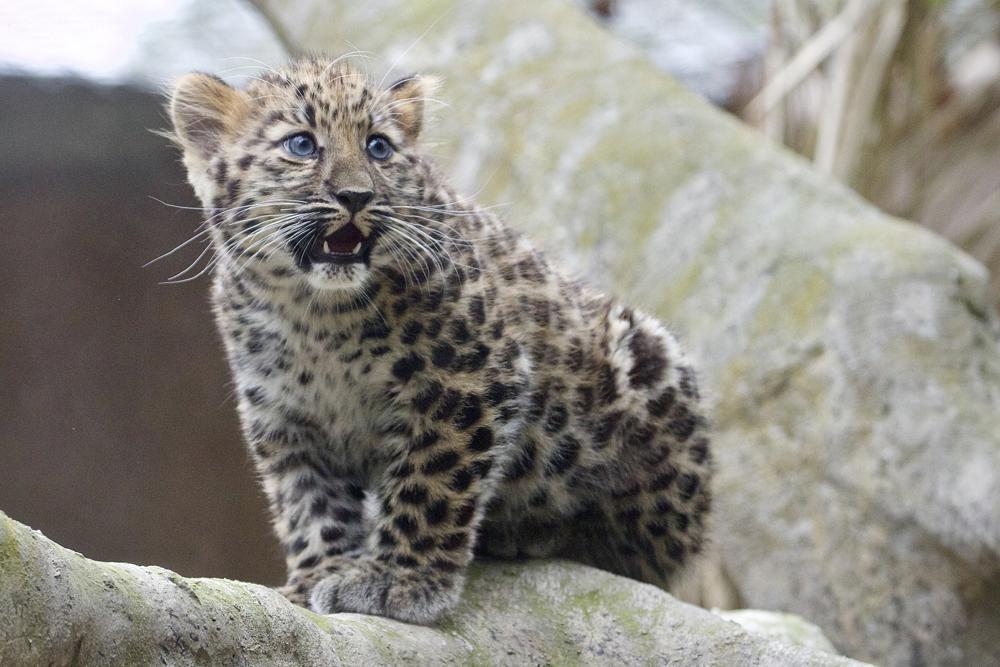 One leopard in a zoo, cute as it is, will do nothing to save the subspecies.  You could say it will educate people about the leopard, and that will help save it, but that’s not the way it works.

Stuff that happened on November 8 includes:

Cortés’s army later killed the Aztec ruler. Here’s the spot on the causeway between the mainland and Tenochtitlán (now Mexico City, once on an island) where the two men met: 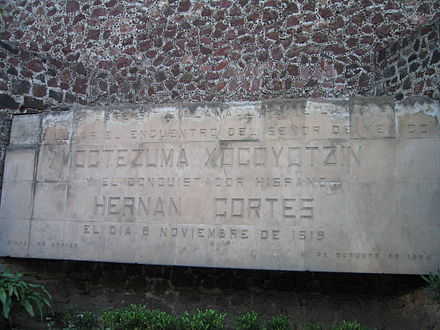 I’ve been to Oggsford (Gatsby’s pronunciation) many times, but never to the Bodleian (below); 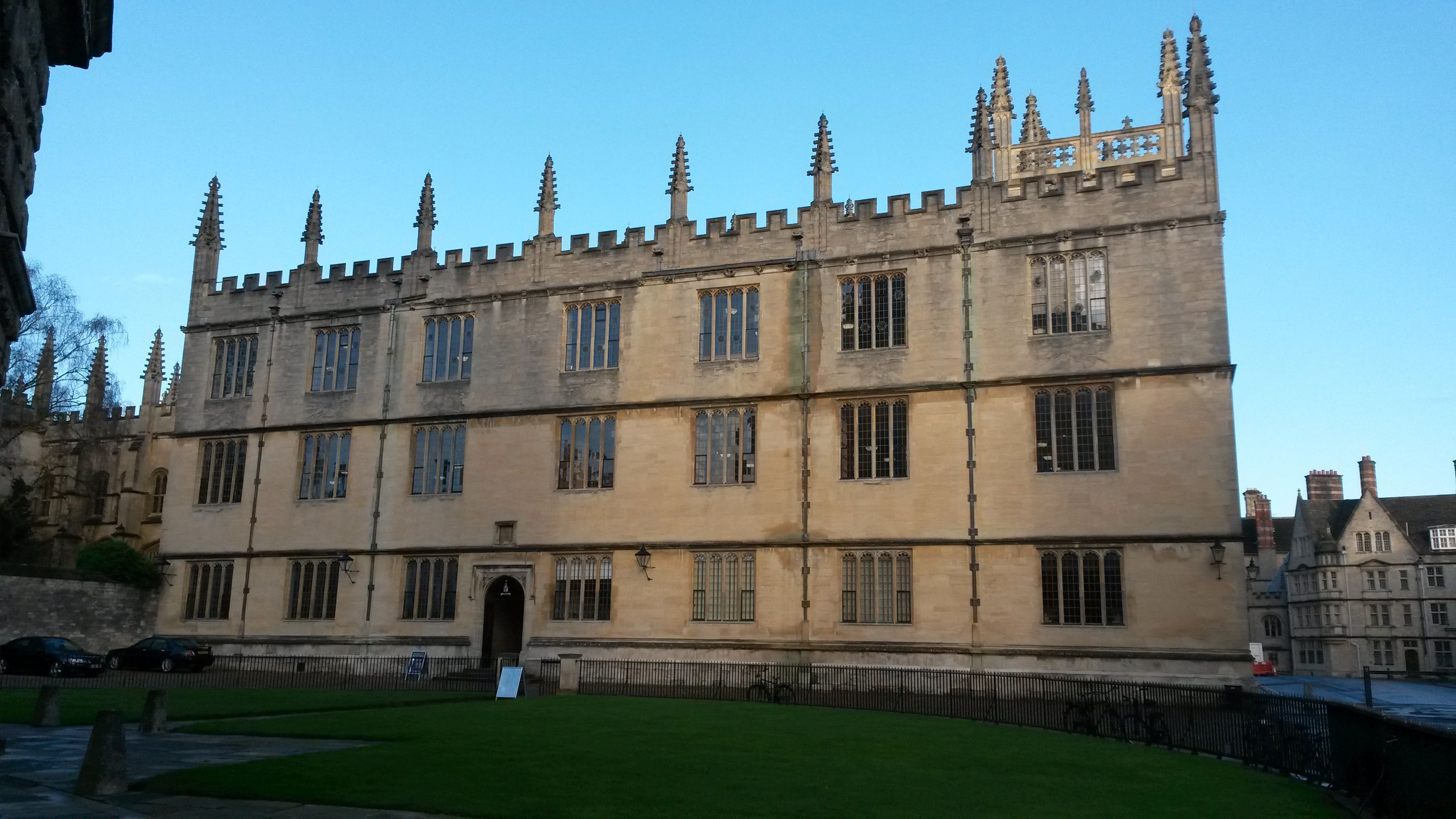 From Wikipedia: “First medical X-ray by Wilhelm Röntgen of his wife Anna Bertha Ludwig’s hand.” This was taken about six weeks after the discovery. When his wife saw the x-ray, she supposedly said, “I have seen my death!”

Eight people were killed in these riots following the publication in a newspaper of the Gospel of Matthew into demotic Greek—the language spoken by the people.

Here’s a poster advertising the exhibit, organized by Goebbels: 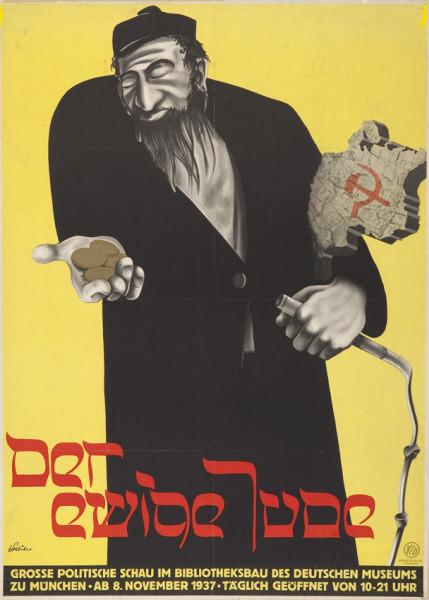 A film of the same title was released in 1940. It’s very hard to find on the Internet, but there’s a low-resolution YouTube version with English narration and subtitles here. If you want to see anti-Semitism at its worst, have a look.

JFK was in office for 1,036 days before he was murdered. 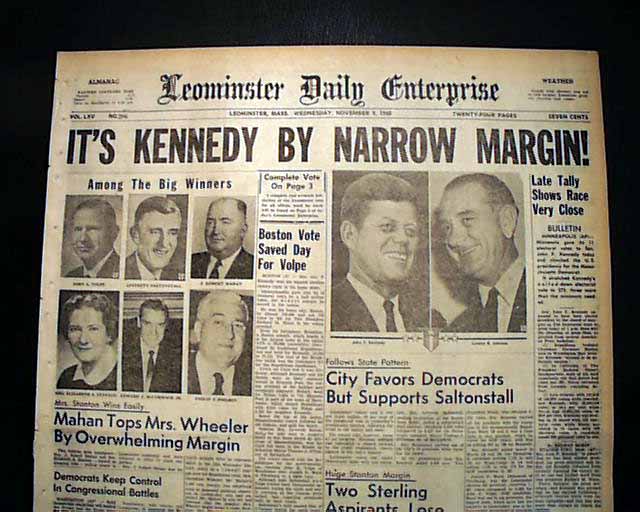 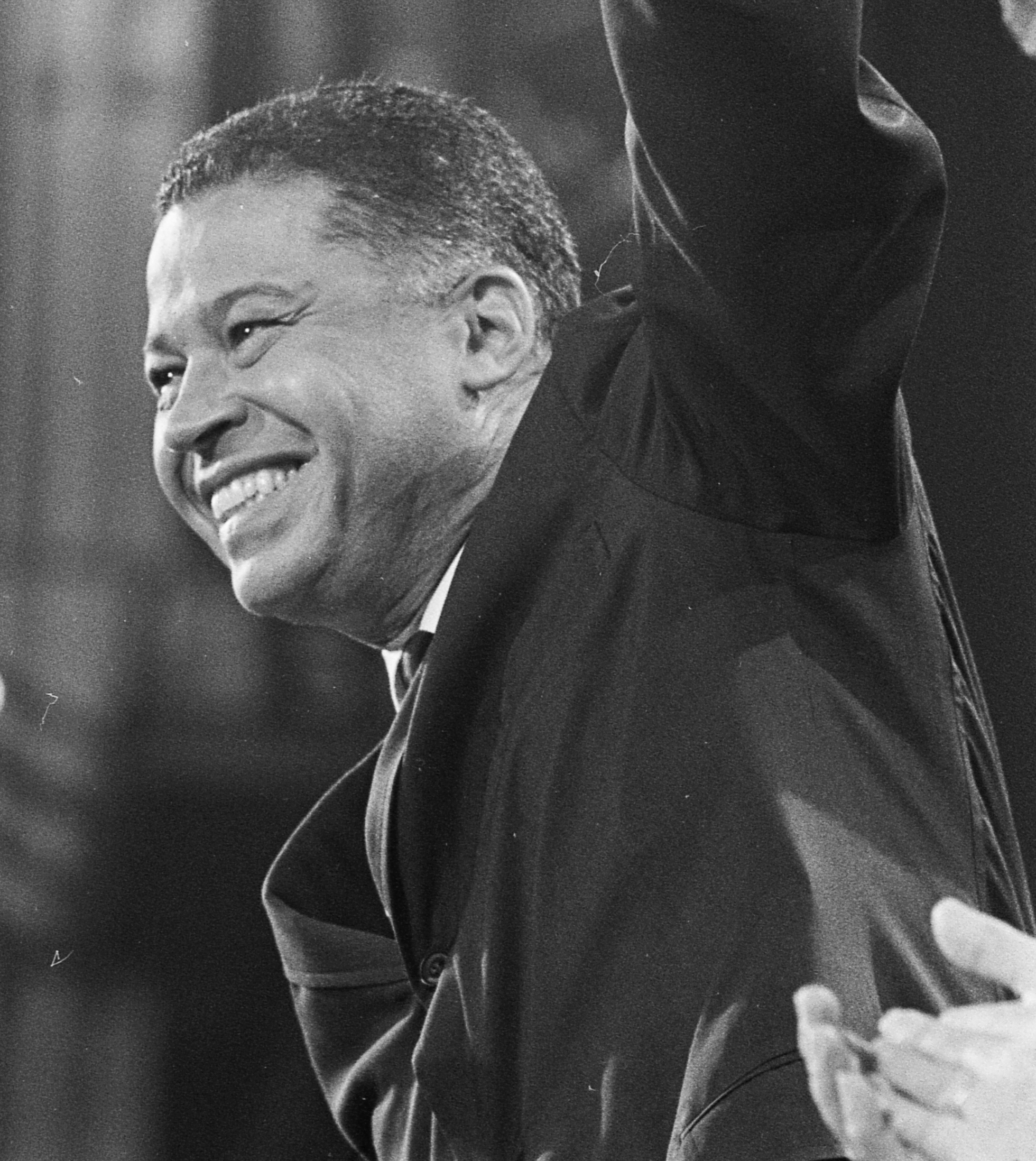 Oy! It was even worse than we imagined, wasn’t it?

“The original 541-page typescript of Dracula was believed to have been lost until it was found in a barn in northwestern Pennsylvania in the early 1980s. It consisted of typed sheets with many emendations, and handwritten on the title page was “THE UN-DEAD.” The author’s name was shown at the bottom as Bram Stoker. Author Robert Latham remarked: “the most famous horror novel ever published, its title changed at the last minute.” The typescript was purchased by Microsoft co-founder Paul Allen.” 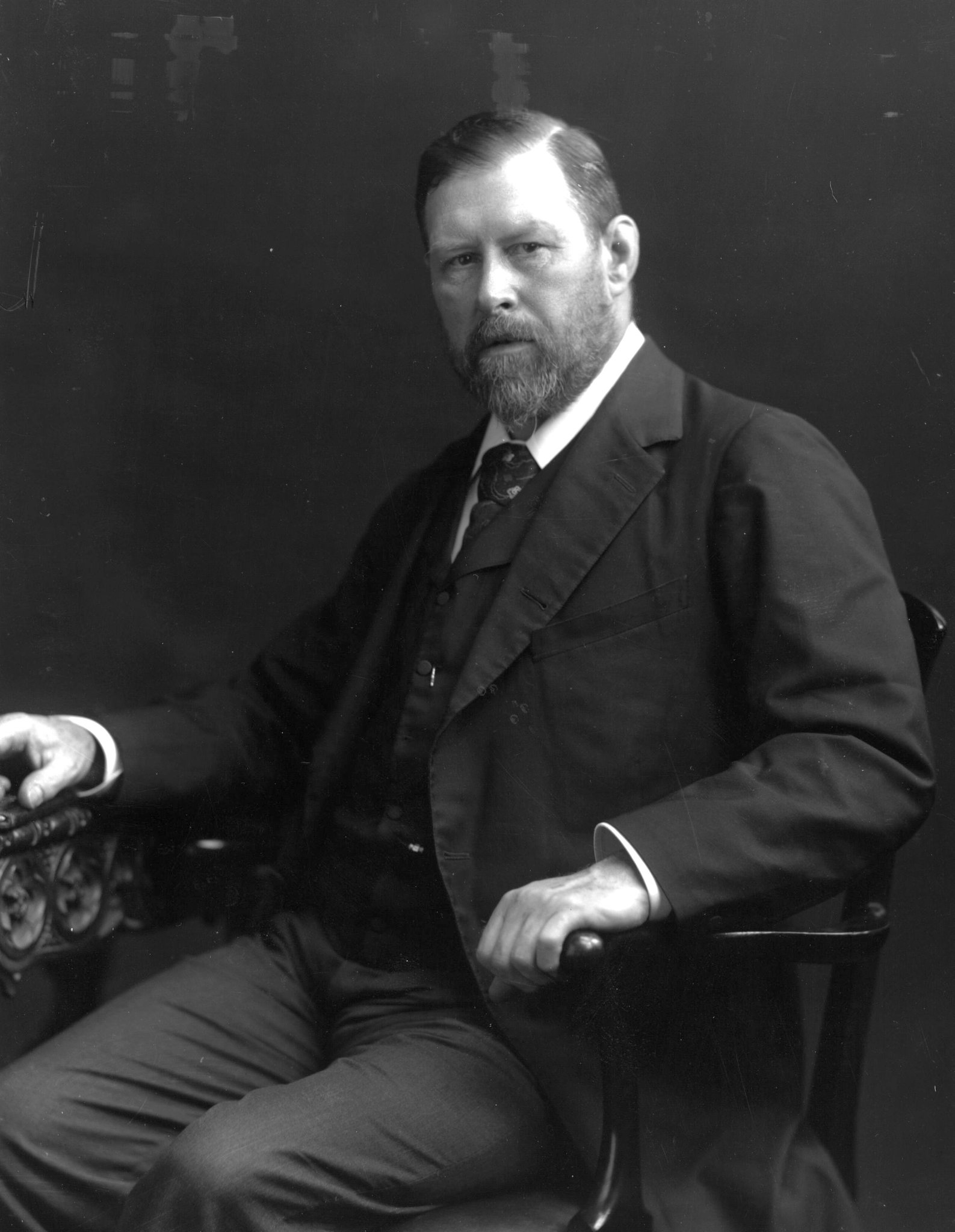 The first page of the once-lost typescript: 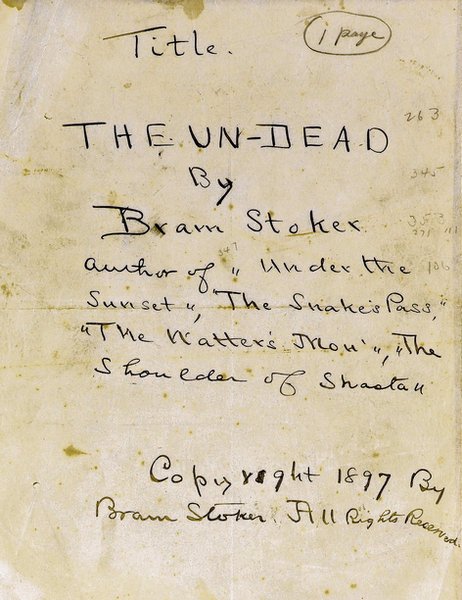 A first edition, first printing of this novel in good condition (below) will run you about $50,000: 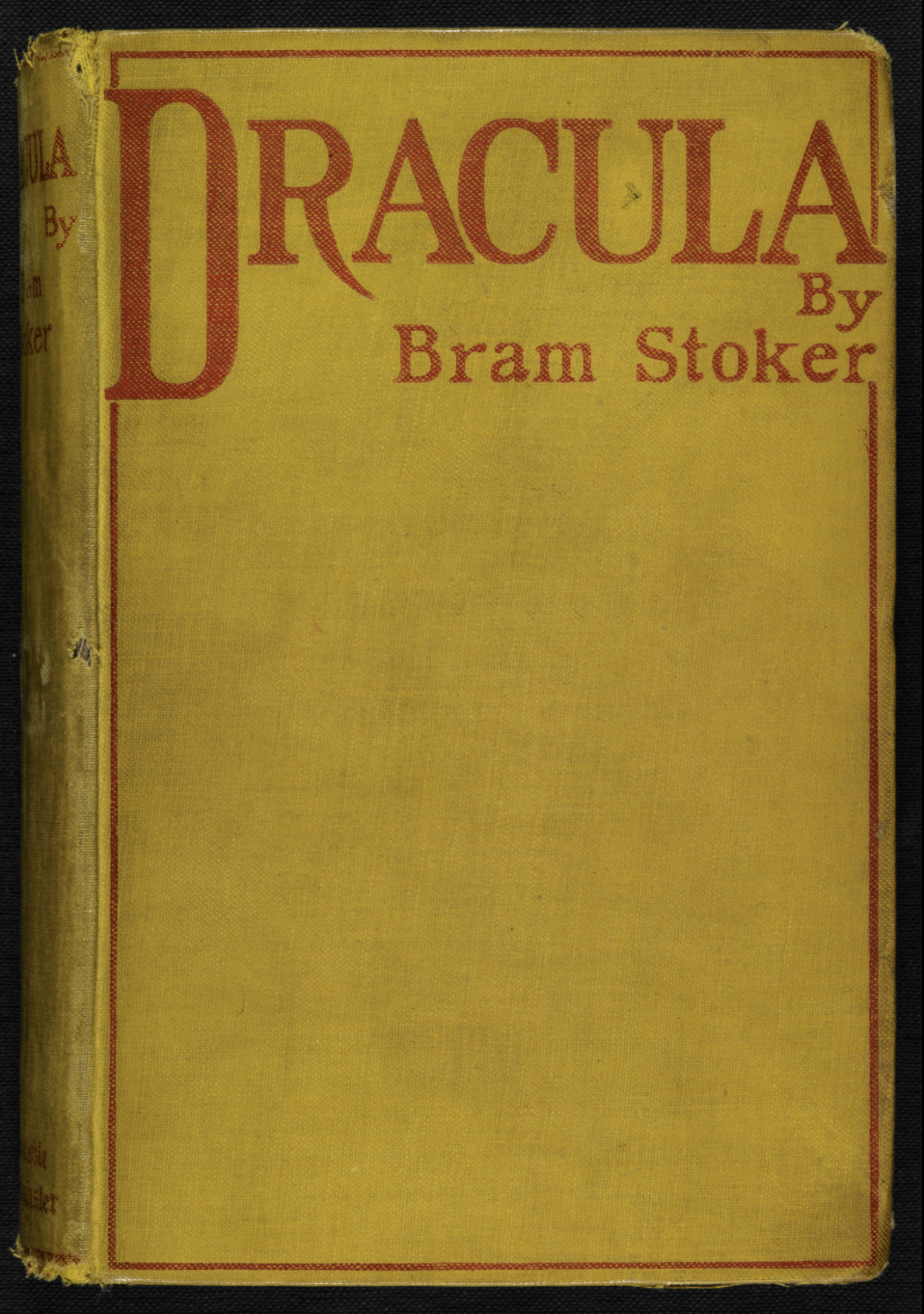 Here’s one of my favorite Bonnie Raitt songs (writers: Mike Reid and Allen Shamblin) with Bruce Hornsby on the piano. The video quality is poor but the sound is very good, and the vocals and piano are terrific.  Note that she’s only two months older than I:

A great novelist. By all means read Remains of the Day and Never Let Me Go.

Those who were put on ice on November 8 include:

Here’s one of Rockwell’s famous magazine-cover paintings, “Saying Grace.” In 2013 it sold for $46 million! 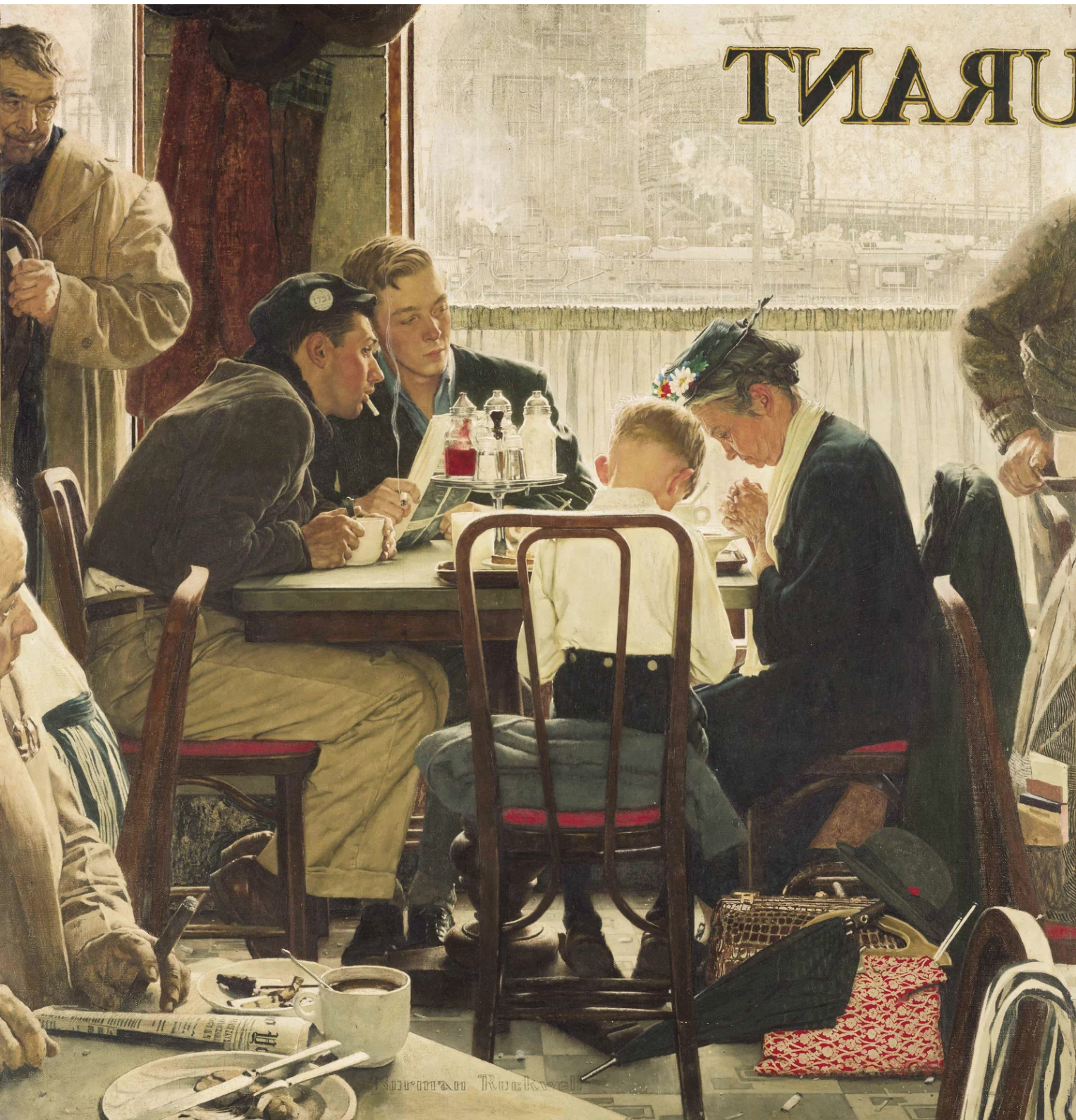 Meanwhile in Dobrzyn, Hili is having Deep Thoughts:

A: Are you asleep?
Hili: Don’t disturb me, I’m dreaming about something delicious. 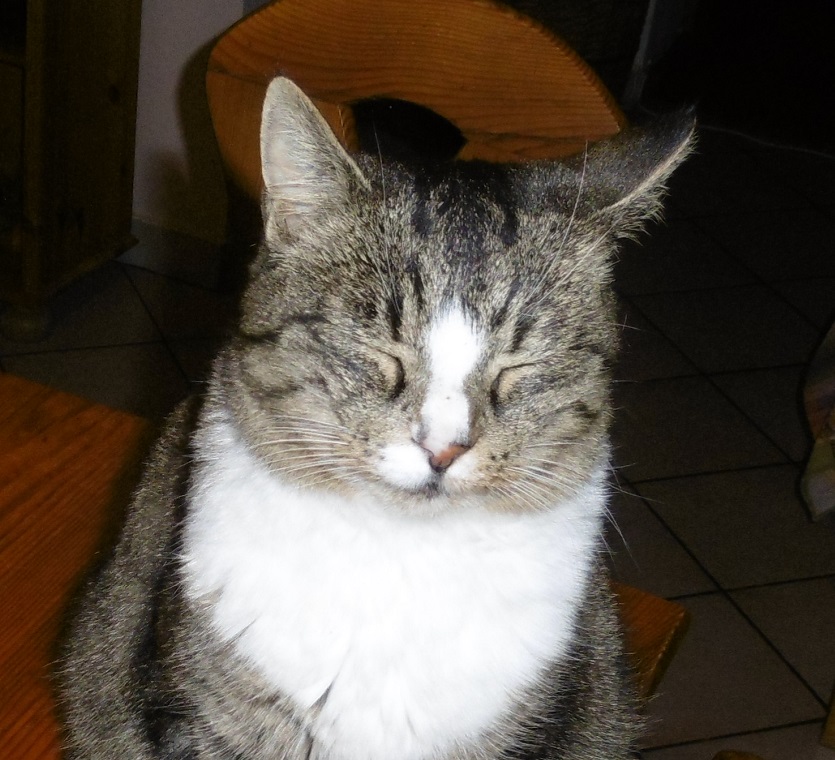 And Kulka is sleeping too. Doesn’t she look like Hili? 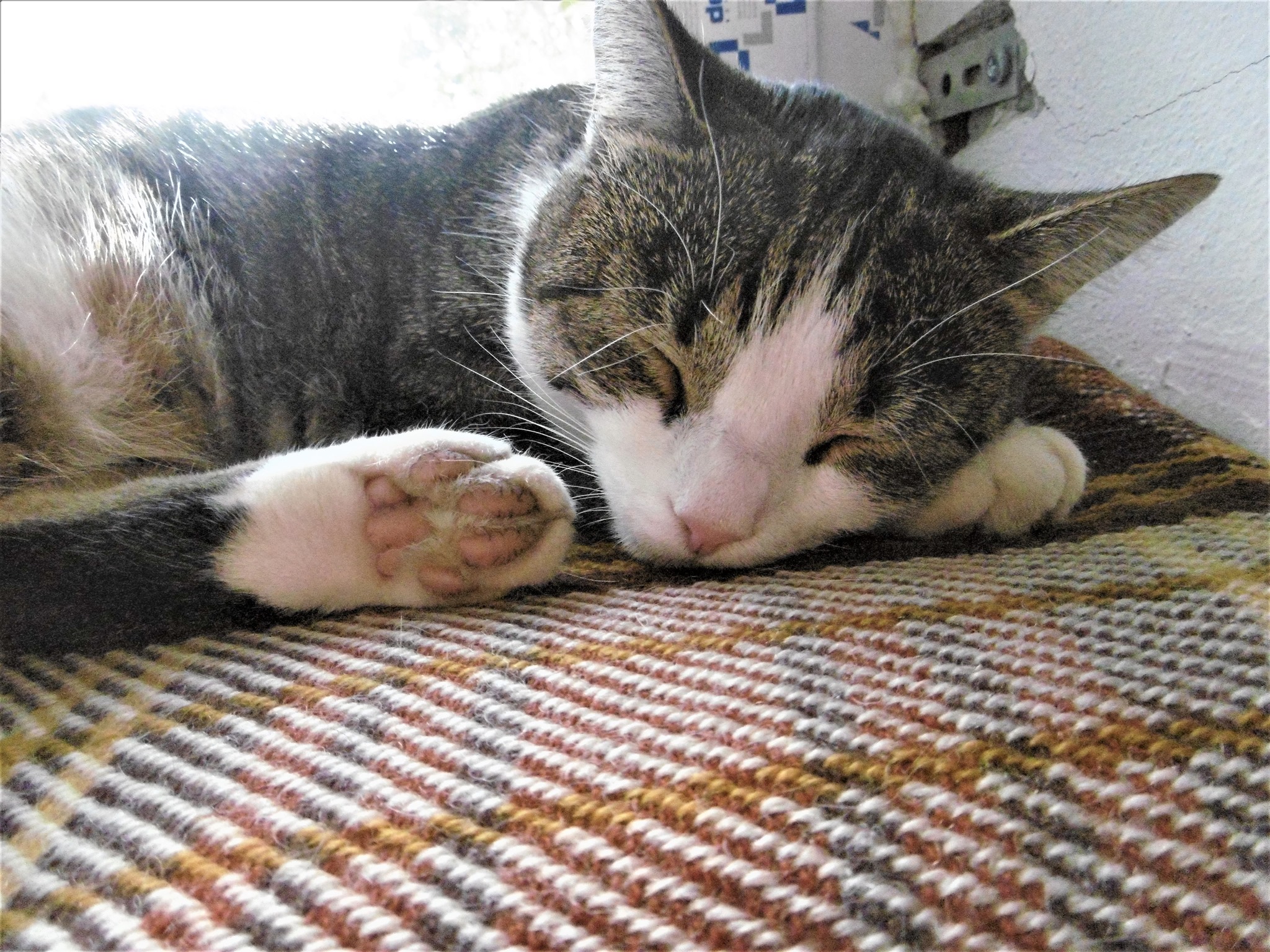 Car dashboard symbols from Jesus of the Day: 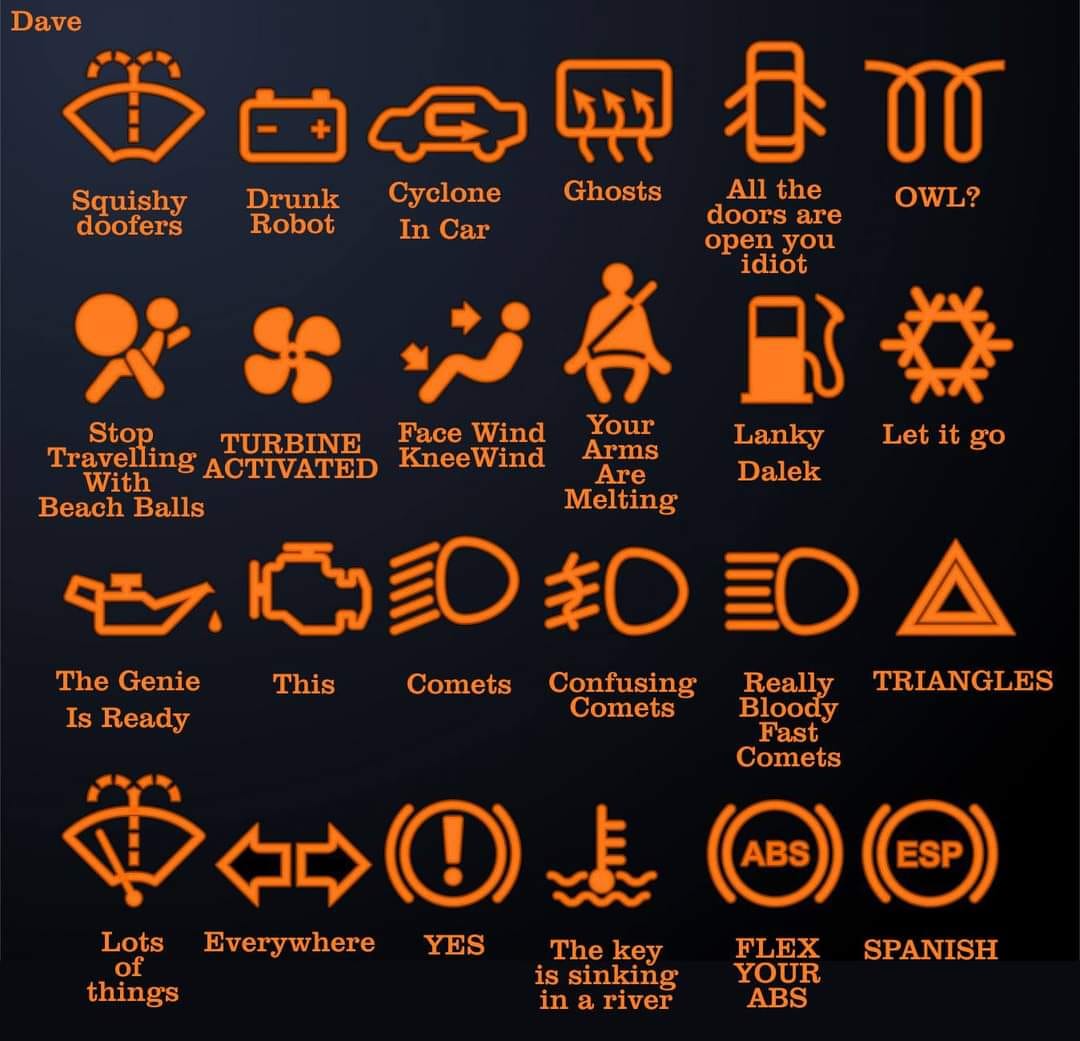 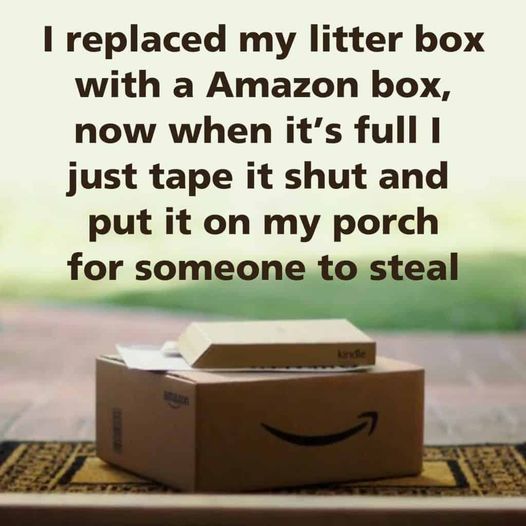 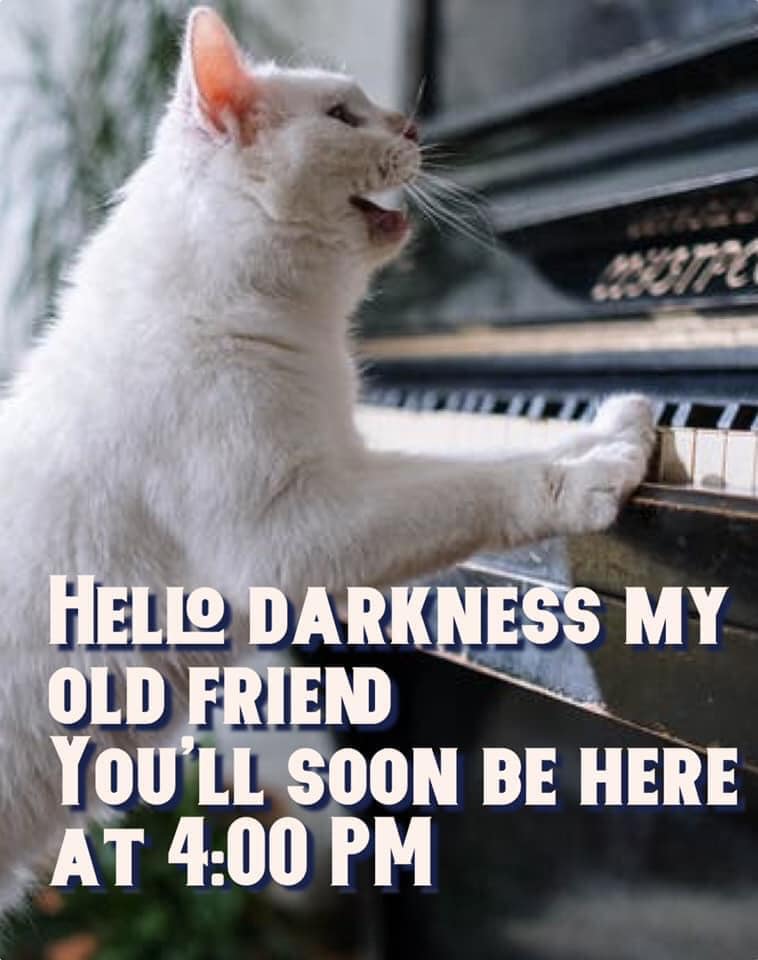 From Masih, a horrendous fate:

The man is 27 years old and the woman is 33.
Through their mobile phone the judiciary system found out that they had sex out of marriage.
It is beyond sad that in 21st-century ISIS is it still in power; in my beautiful country Iran.
Please be my voice.

8 November 1921 | A Polish woman, Helena Przyborowska, was born in Warsaw.

This is indeed real history:

Róża Maria Goździewska's daddy was killed by the Gestapo in 1943.
A year later she was the youngest nurse active during the Warsaw Uprising.
She was 8 years old at the time.

Look at this fish! And then explain those barbels.

I may have posted this before, but I’ve forgotten. That is one clueless keeper!

League One Highlight of the Day. Ipswich Town player hides behind Sheffield Wednesday keeper, and when the keeper sets the ball down, steals in and sets up a 90th minute equalizer. Liquid football. 🚜💙 pic.twitter.com/uWX5LukZdt

Google search hacks that can be useful:

And if you want it in one easy screenshot… pic.twitter.com/kLLHsyVXMP

Remember the brouhaha about the Lancet cover?