Today’s bird photos come from Paul Edelman, a Professor of Mathematics and Law at Vanderbilt University. Paul’s captions and IDs are indented, and you can enlarge the photos by clicking on them. We also have two singletons by other readers at the bottom.

Some more bird pictures from our neighborhood pond.

We have a pair of Belted Kingfishers (Ceryle alcyon) that nest in the area.  They make a loud ratcheting sound when they fly. This pair was chasing each other all over the pond.  I was fortunate to get them in flight, something I’ve tried to do many times before. 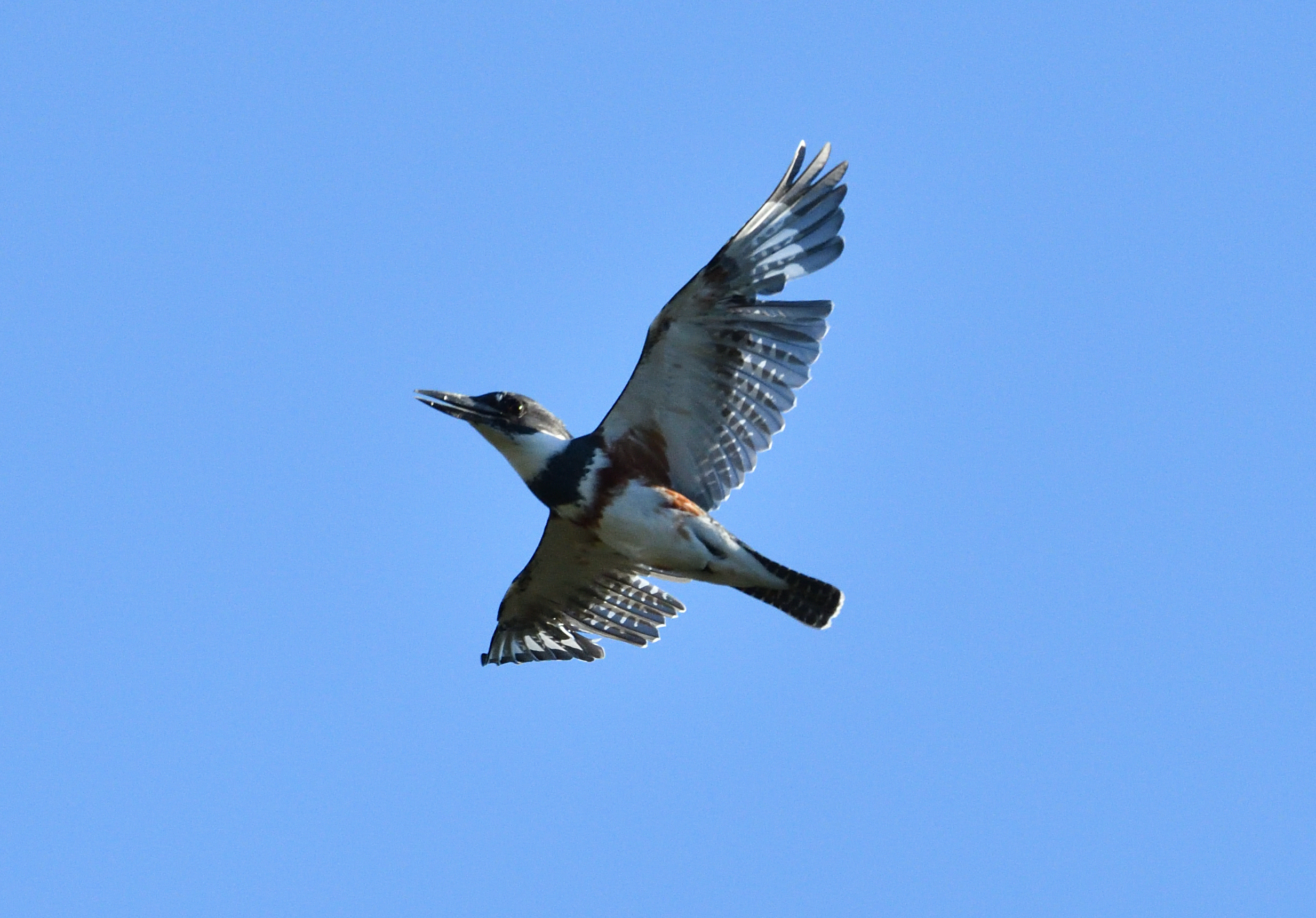 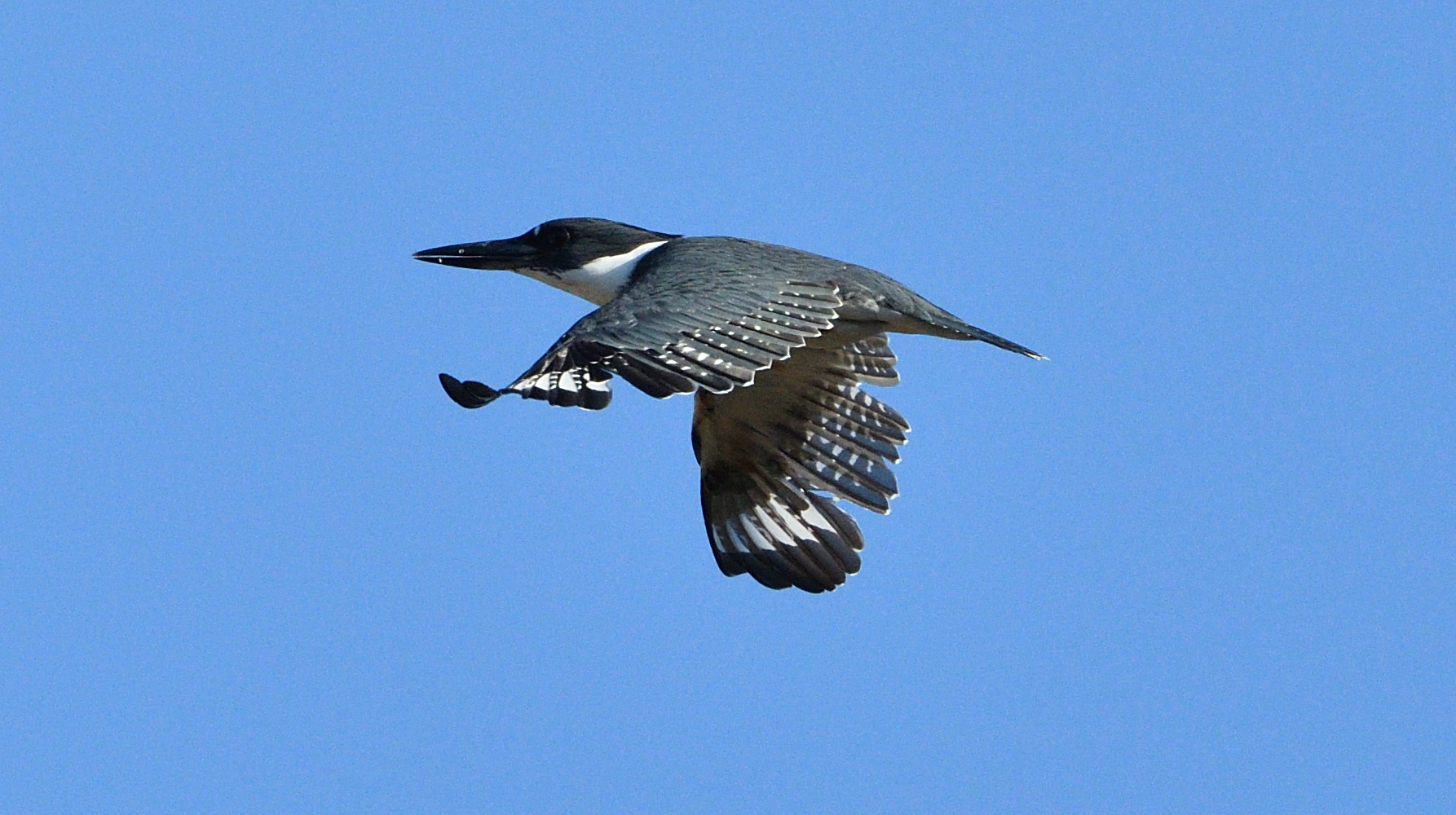 I had seen a Northern Flicker (Colaptes auratus) during the late winter and early spring, but this is the first time in a while.  This particular one is “yellow-shafted morph” with the characteristic red patch on the back of its head and the yellow tail feathers. 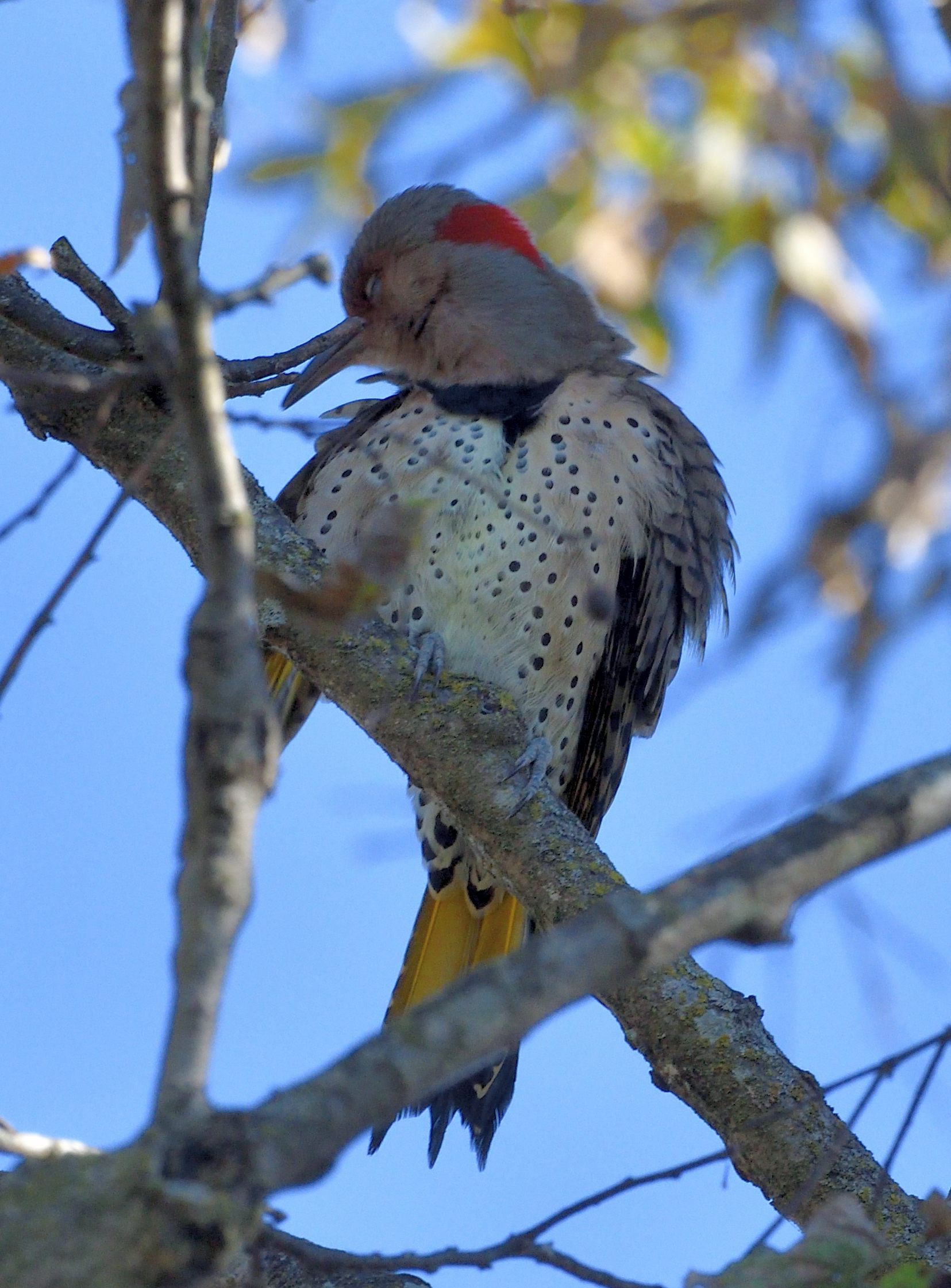 I also caught this Red-tailed Hawk (Buteo jamaicensis) perched in the trees over the pond.  Not sure what he was looking for. 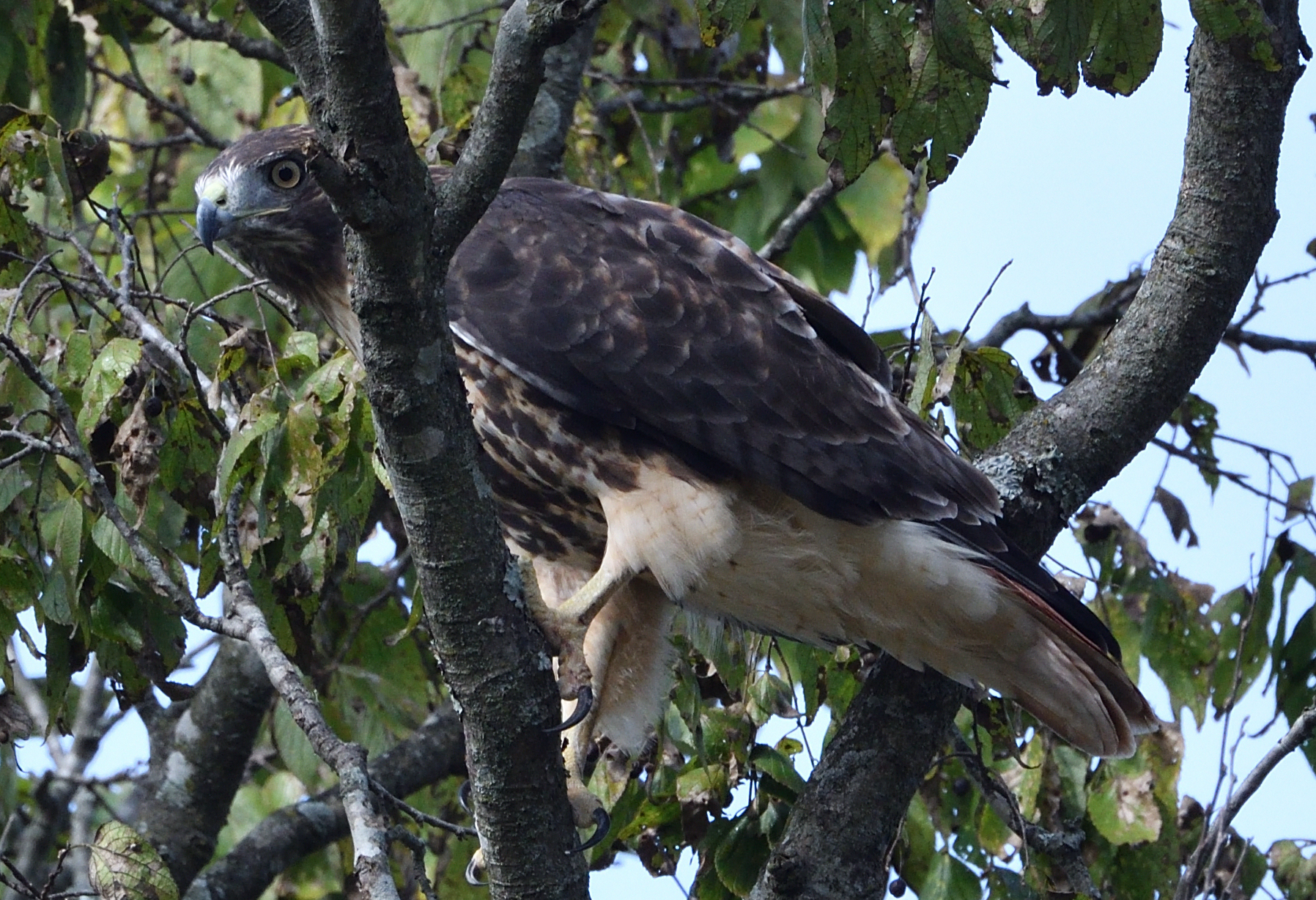 In trees along with numerous titmice and chickadees were a number of Tennessee Warblers (Vermivora peregrine) and a solitary Ruby-crowned Kinglet (Regulus calendula). 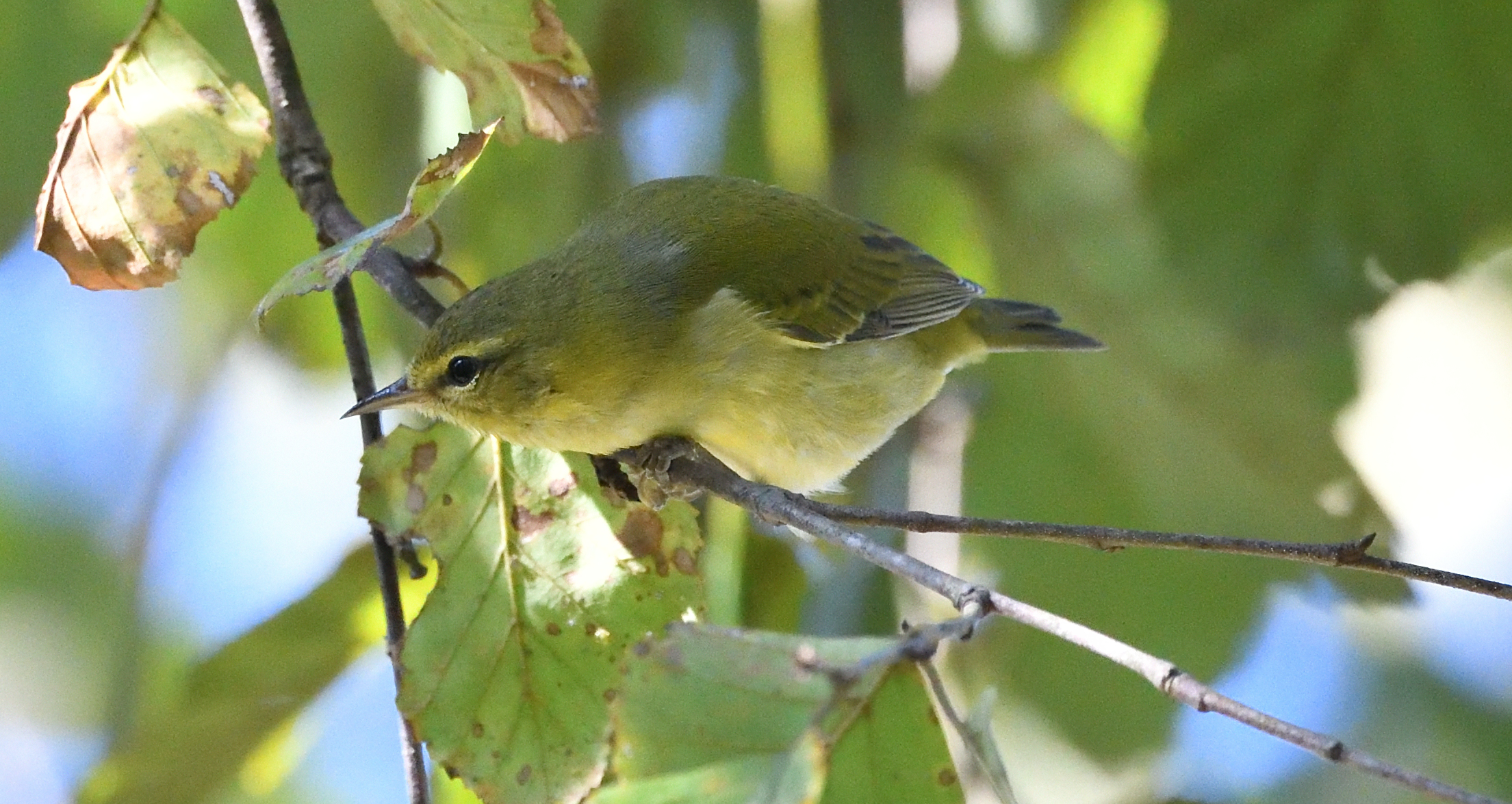 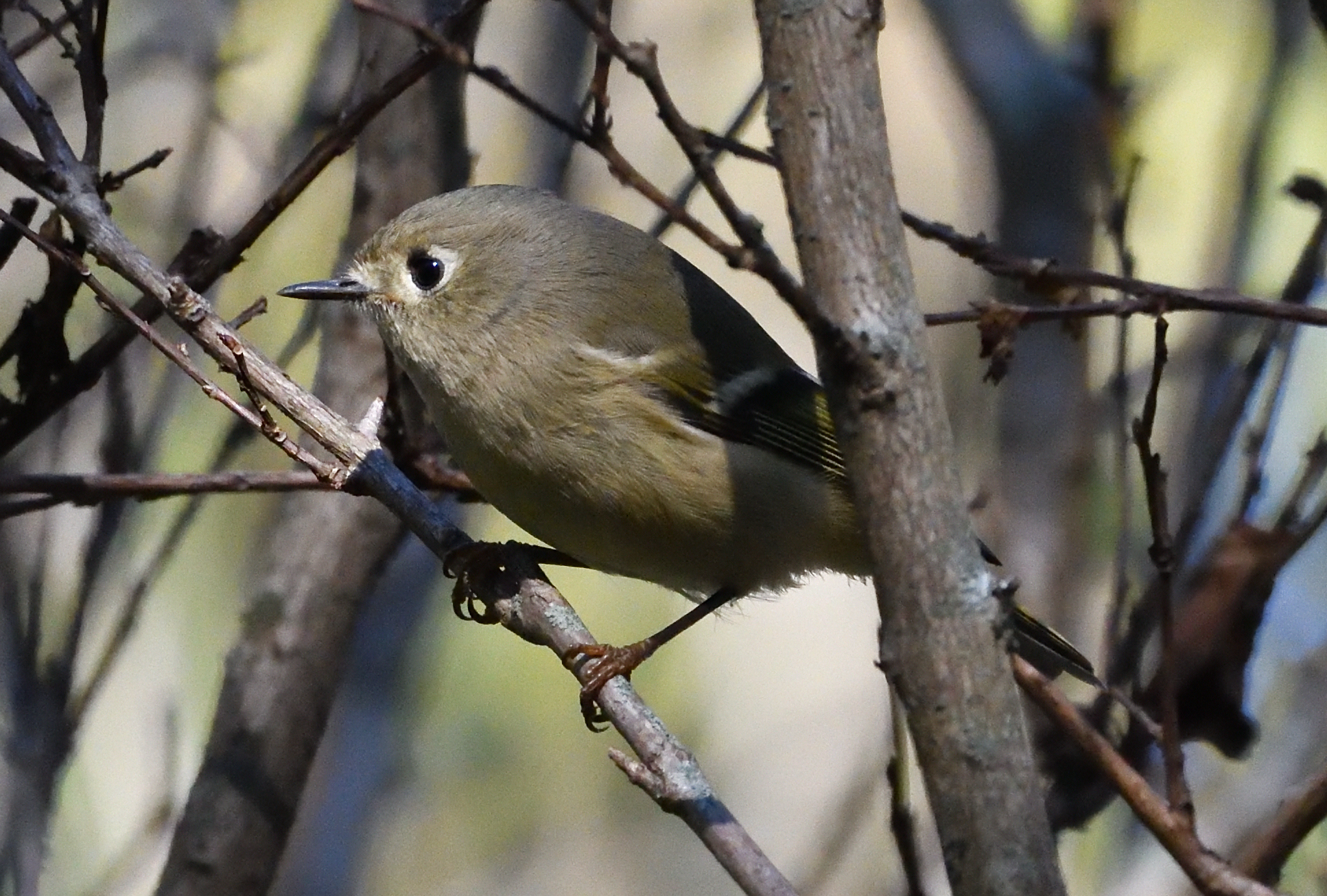 I have another picture—the odd hybrid duck with a couple of mallards [Anas platyrhynchos].  [JAC: Neither of us are sure what this duck is, but I think it’s the result of a cross between wild mallards and Pekin ducks, which are the white ones: also mallards but bred for color, docility, and meat. The mallard in the rear is likely a hybrid as well, but could be a wild mallard “greening up” into his breeding plumage.] 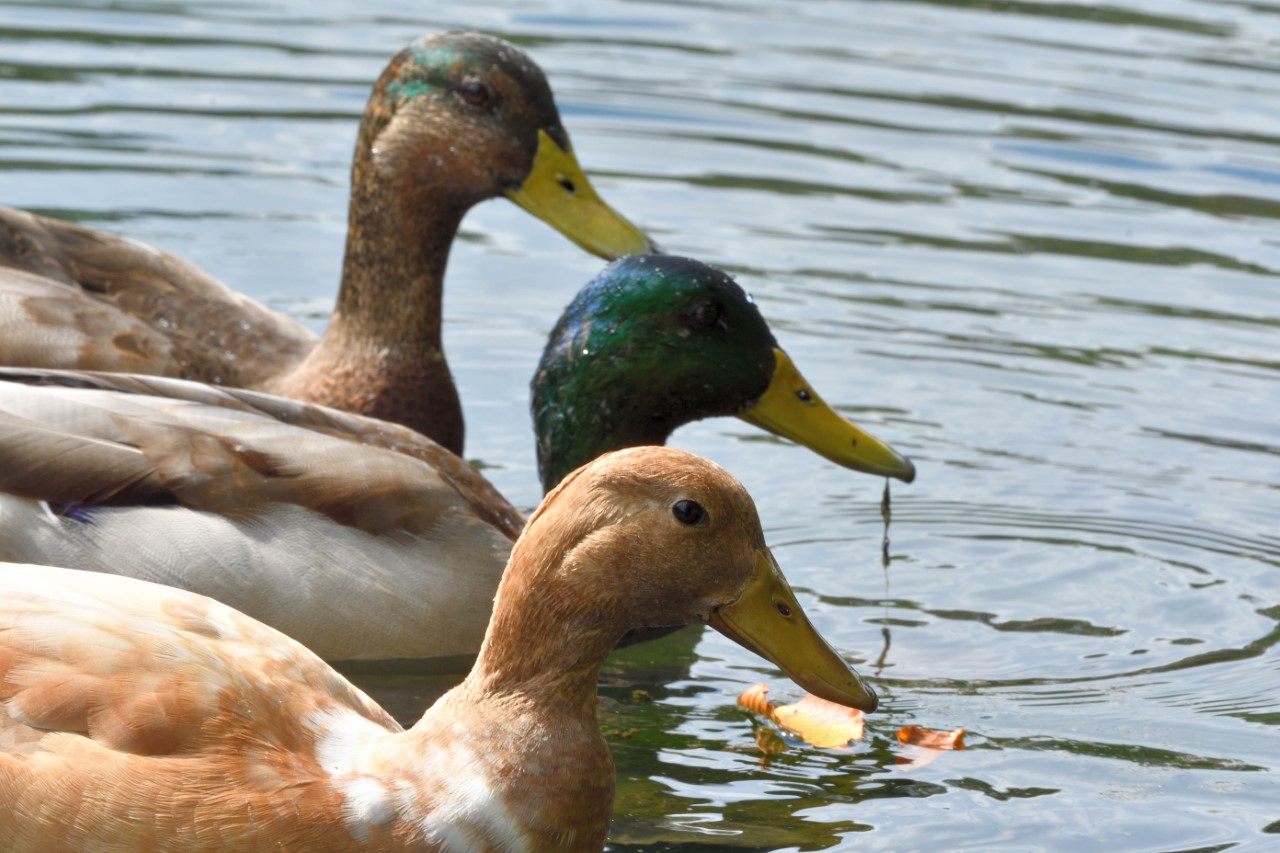 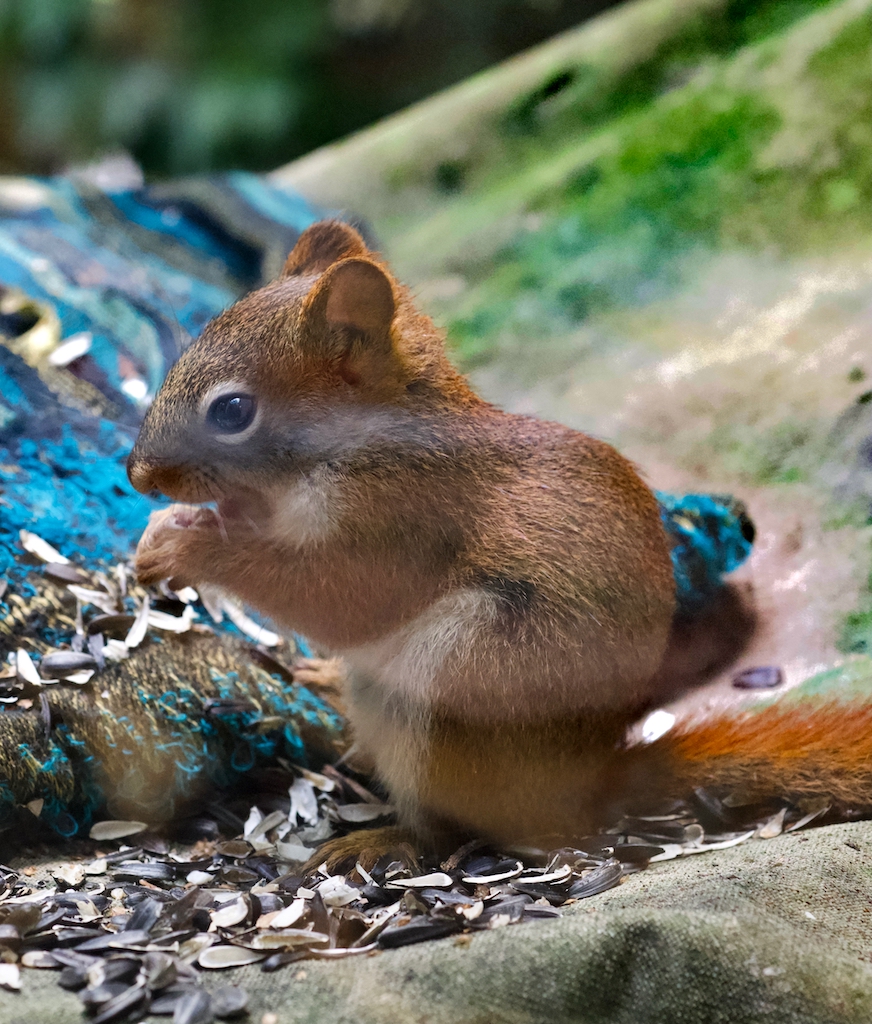 I immediately had to think of you when I took the picture attached. I took it this morning standing next to the greek flag at the Acropolis in Athens at shortly after 8 in the morning (What to call it? Acropocat? Catcropolis?).

Athens has the owl 🦉 as a symbol since ancient times as you know, but all I see all the time are cats 🐈. I think they ate all the owls… 🙂 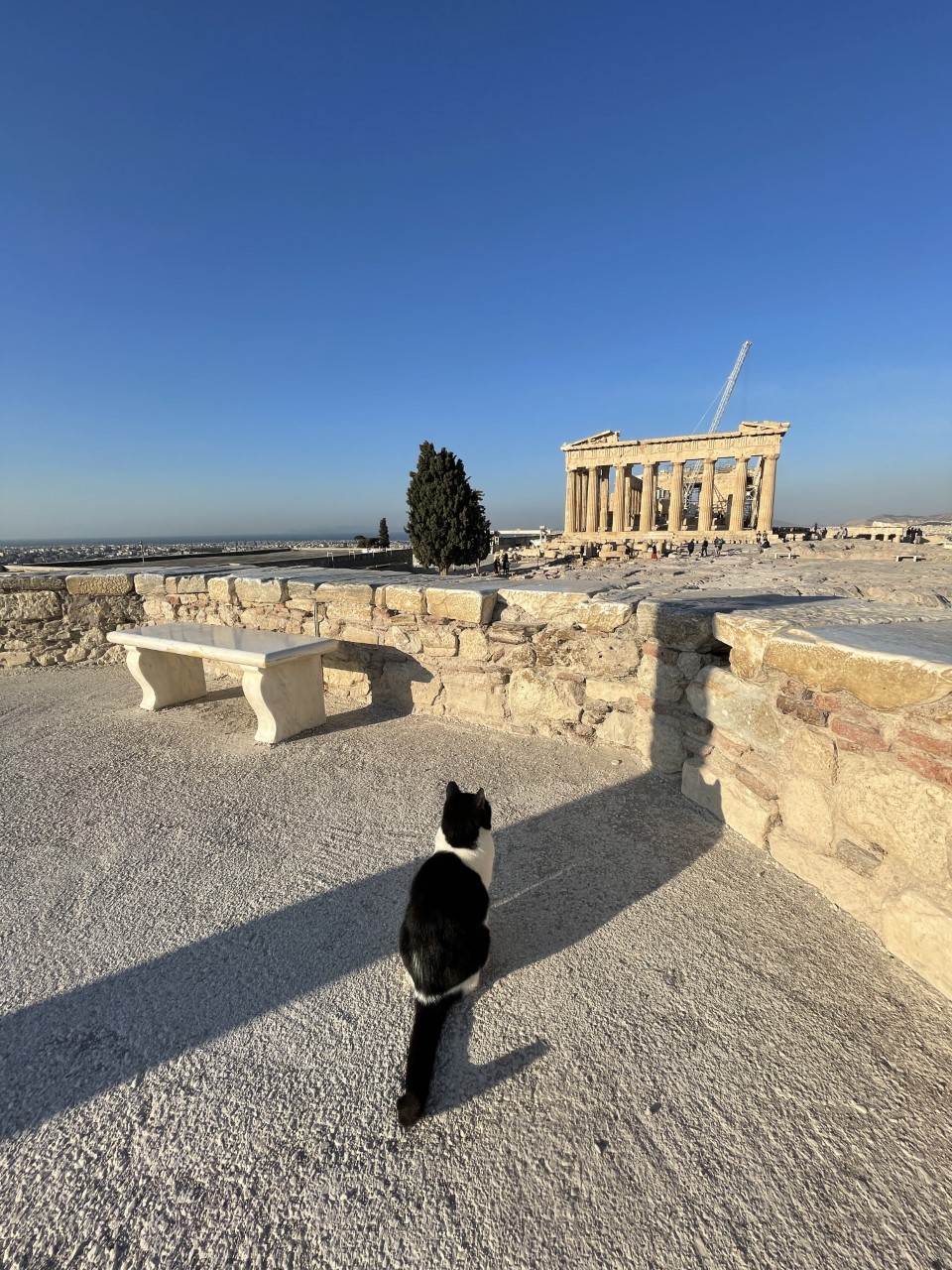