Here we see two college administrators trying to pretend that they were not committing an act of speech suppression when they disinvited a speaker, Dorian Abbot, who had made ideologically incorrect statements before he was invited to speak.

An anonymous comment gave me the link to the public statement below by MIT’s President L. Rafael Reif. Reif was apparently badly burned and defensive after his University disinvited University of Chicago Professor Dorian Abbot from giving the prestigious Carlson Lecture, with his topic being global warming. The disinvitation had nothing to do with Abbot’s talk itself; it came after people on social-media besieged MIT upon finding out that Abbot had made videos and written articles questioning diversity, equity, and inclusion principles (DEI). When it go into the mainstream press, MIT decided it had to respond. You can see Abbot’s account of the fracas here.

The related response from Provost Martin A. Schmidt. My guess is that MIT found it necessary to issue both statements because the disinvitation of Abbot violated the University’s own principles of free speech, got national publicity, including the piece on Bari Weiss’s site but, importantly, in an op-ed in the New York Times by Bret Stephens calling out MIT. (“EAPS” is MIT’s Department of Earth, Atmospheric and Planetary sciences.) 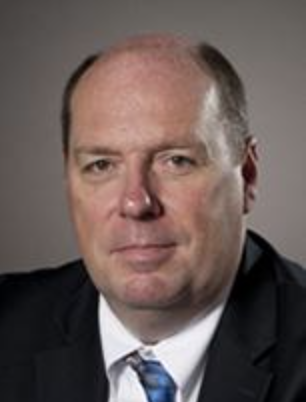 What is amusing about these “explanations” is their attempt to claim that MIT still retains its principles of free speech. After all, after Abbot’s big and prestigious public lecture was canceled. Instead, the department invited him to give a smaller lecture to the EAPS department: a smaller technical lecture that doesn’t involve the public and is much less prestigious.

What’s equally amusing (actually sad), is that both the President and Provost spend a lot of time apologizing to the MIT students for being on the receiving end of “online targeting and hate mail from outside MIT”, none of which is specified. It’s certain that some MIT students got flak for Abbot’s disinvitation, but most of it must have been directed at the President and the chair of EAPS.  If you read both letters, you will find no apology to Abbot himself, but will see plenty of apologies to MIT students and faculty who supposedly got criticized on social media. It is they, not Abbot, claim the administrators, who have been grievously injured. That’s ludicrous. Their explanation is actually an apology to people at MIT who suffered because of the University’s disinvitation.

I’ll give a few quotes from both letters.

First, an apology to the MIT community—not because the school acted badly, but for the “harm” the students suffered:

The controversy around this situation has caused great distress for many members of our community, in many quarters. It has also uncovered significant differences within the Institute on several issues.

I would like to reflect on what happened and set us on a path forward. But let me address the human questions first.

To the members of the EAPS community: I am deeply disturbed that as a direct result of this situation, many of you – students, postdocs, faculty and young alumni – have suffered a tide of online targeting and hate mail from outside MIT. This conduct is reprehensible and utterly unacceptable. For members of the MIT community, where we value treating one another with decency and respect, this feels especially jarring.

I encourage anyone who is subjected to harassing or threatening behavior or language to reach out for support and guidance to the Institute Discrimination and Harassment Response (IDHR) office.. .

Then a lame and unconvincing defense of free speech at MIT:

Let me say clearly what I have observed through more than 40 years at MIT:

Freedom of expression is a fundamental value of the Institute.

I believe that, as an institution of higher learning, we must ensure that different points of view – even views that some or all of us may reject – are allowed to be heard and debated at MIT. Open dialogue is how we make each other wiser and smarter.

This commitment to free expression can carry a human cost. The speech of those we strongly disagree with can anger us. It can disgust us. It can even make members of our own community feel unwelcome and illegitimate on our campus or in their field of study.

If they’re prepared to allow free speech that can make members of their own community feel “unwelcome and illegitimate”, why did they cancel Abbot’s public talk? After all, he wasn’t going to say anything that made students feel that way: he was going to talk about global warming! What upset the students was Abbot’s writing and videos on DEI before he was supposed to arrive at MIT.

Then the caveat, “free speech. . .  but”.  What the following means, as clarified below, is the admission that free speech can offend people, and it’s up to MIT’s administration to soothe the offended:

I am equally certain, however, that when members of our community must bear the cost of other people’s free expression, they deserve our understanding and support. We need to ensure that they, too, have the opportunity to express their own views.

They already do, President Reif! They have social media access, a student newspaper, and can give their own talks. No, as you see below the President is calling for more “dialogue” in the wake of this incident, but you can bet your sweet bippy that this will be scripted dialogue that attacks Abbot’s views on DEI. For Abbot’s views are taboo, so I suspect MIT plans a one-sided discussion—in other words, an indoctrination session. Or so I predict, for students on Abbot’s side will be too cowed to express their views.

I believe it is vital now that we engage in serious, open discussion together.

As the provost’s letter described, we will begin with a faculty forum, being planned for the last week of October. Discussion in this working session might address questions like these: Given our shared commitment to open inquiry and free expression, are there further steps we should take to practice it consistently? Should we develop guidelines to help groups in their own decision making? Does the concept need more prominence in our curriculum? How should we respond when members of our community bear the disproportionate cost of other people’s speech?

It will be essential in this overall process to include the perspective and experience of graduate and undergraduate students; I have asked Chancellor Melissa Nobles to work with student leaders to decide the best way to do so.

I have also asked Provost Marty Schmidt, Chancellor Nobles and Chair of the Faculty Lily Tsai to begin immediately assembling a special ad hoc working group to consider the insights and lessons we should take away from this situation. I believe this extremely important topic deserves and will benefit from this kind of thoughtful, deliberative, nuanced approach, perhaps including experts from outside MIT. The themes that emerge from the initial faculty forum will help inform the working group’s charge.

You know, about seven or eight years ago I would have believed this palaver. But now, turned cynical by history and campus culture,  I’m pretty sure that the forum will concentrate on the question, “How should we respond when members of our community bear the disproportionate cost of other people’s speech?”  And what does it even mean to claim that MIT suffered a “disproportionate cost of other people’s speech”? Whose speech are they talking about—Abbot’s or those who targeted MIT? I doubt that they’ll even discuss how to make speech at MIT more free.

Schmidt explains in more detail why Abbot was disinvited. I’ve put in bold the most important part:

The Carlson Lecture is not a standard scientific talk for fellow scientists. It is an outreach event, open to the public, with a speaker who is an outstanding scientist and role model. Typically held at a major venue away from campus, it is geared to build public understanding of and appreciation for climate science, and to inspire young people to consider careers in STEM. Each year students from local high schools are invited.

The speaker invited in early 2020 was Professor Abbot, an expert in mathematical and computational approaches to planetary sciences.

While all of us can agree that Professor Abbot has the freedom to speak as he chooses on any subject, the department leadership concluded that the debate over both his views on diversity, equity, and inclusion and manner of presenting them were overshadowing the purpose and spirit of the Carlson Lecture. Professor van der Hilst, after broadly consulting his community, decided the public lecture should not go forward and that instead the department should invite Professor Abbot to give a campus lecture where he can present his climate work directly to MIT faculty and students.

In a phone call with Professor Abbot last Thursday, Professor van der Hilst conveyed both the decision about the Carlson Lecture and the new invitation. Professor Abbot welcomed the offer to speak, and the department is in ongoing conversation with him to set a date.

It’s important to emphasize that both the department and the Institute respect and support Professor Abbot’s freedom to express his views, as well as the freedom of those who disagree to do the same.

To translate: “Professor Abbot has the freedom to speak about whatever he wants, but his views on DEI expressed elsewhere might cause trouble like shouting and disruption at the Carlson Lecture. So, rather than deal with that, which is our responsibility to prevent, we prefer to let Abbot give a smaller and less prestigious lecture where the possibility of bad publicity is minimized.”  And make no mistake about it, Abbot is not happy at the alternative offered him. He is gracious about it, but he’s plenty upset at being disinvited for the Carlson lecture. As he should be! (Read Abbot’s piece on Bari Weiss’s site.)

The last sentence in the quote above is, of course, a lie. Abbot will not even be talking about what he was going to discuss in his Carlson lecture (global warming and other worlds); rather, he’ll be giving a narrower technical talk. This means that he’s effectively been told what to talk about.

Provost Schmidt’s final statement echoes that of the President, apologizing to MIT’s faculty and students rather than Abbot. Get a load of this:

Finally, this situation has been very hard on everyone involved, especially faculty, researchers, students and young alumni of EAPS, many of whom have been subjected to online targeting and hate mail. As a community built on foundational principles of respect and openness, we are horrified by this mistreatment and reject it in the strongest possible terms.

It’s time that MIT learn what freedom of speech really means. In this case, it means not disinviting someone who’s already been invited—especially because it’s certain that the invitee wasn’t going to talk about the DEI stuff that riled people up in advance. It is MIT’s responsibility to monitor such talks so they are not disruptive.

24 thoughts on “MIT President and Provost respond (lamely) to Abbotgate, say free speech at their school is alive and well, and apologize to students rather than Abbot”