If you look at the Amazon website for Richard Dawkins’s new book (click on screenshot below), you immediately discover two things. First, the Kindle edition has a subtitle different from the paper copies: the Kindle one is called Books do Furnish a Life: An Electrifying Celebration of Science Writing. Often publishers change book titles or subtitles when the volume crosses the pond, but I’ve never heard of changes among Kindle versus paper editions. (Could the “electrifying” refer to the Kindle’s batteries?)

Second, the book is pretty pricey, even for Amazon: the hardcover is $29.56 and the paperback $28.95. If you’re going to buy it, it makes sense to spring the extra 61 cents and buy the hardcover.  Granted, it’s a big book (464 or 480 pages depending on which one you get), but it’s still expensive.

The question then becomes, is it worth it?  I didn’t buy mine, as I have no more room for books on my shelves, and so had the U of C library order it—a nice feature of our library if the book is one they think is of general interest. And if you don’t have to pay, I can say without reservation that you should read this book.  It’s different from all but one of Richard’s previous books in that it’s mostly a collection of short pieces that are forewords or introductions to other people’s books, along with his notes on what he wrote.

You might think that you don’t want to read a bunch of forewords, but there’s more than that (I’ll describe it in a second), and even if it were only forewords, you’d still want to read it. That’s because Richard doesn’t just introduce other people’s books, but transforms his introductions into standalone thought pieces that are little works of art and thought in themselves. And, of course, Dawkins’s prose is as graceful as always. No other popular science writer has such a literary style, and it’s a style I find immensely appeaing.  Steve Pinker’s own style of writing is just as engaging, but in a different way.

So yes, do read this book. Whether you want to pay thirty bucks for it, or wait for a cheaper used copy, must be your decision. But read it. More below. 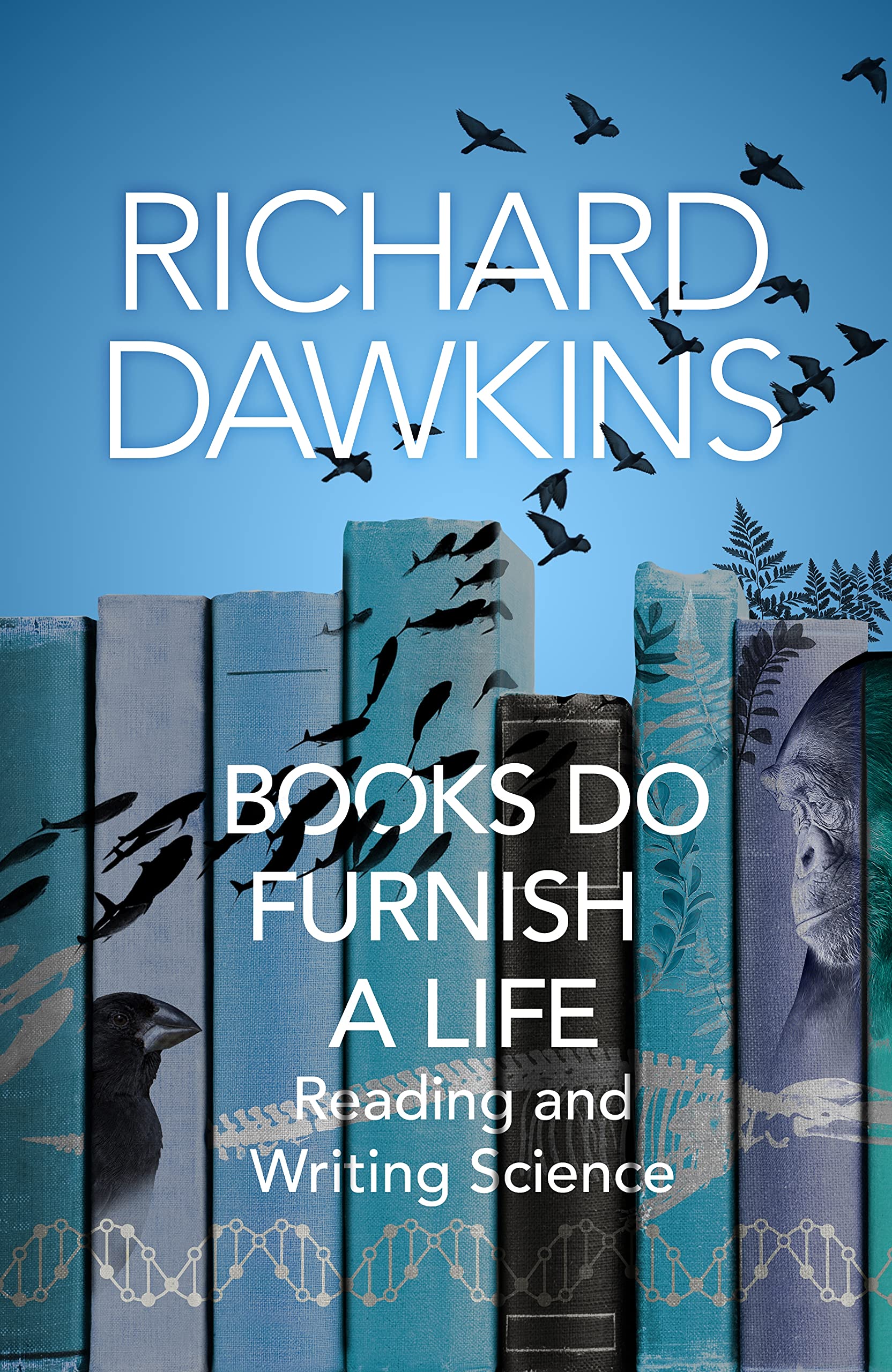 The book comprises six parts, each beginning with a transcribed conversation between Richard and a scientist or writer, and each conversation is followed by about a dozen introductions, forewords, or, in some cases, standalone essays that were published elsewhere. The format:

VI. Tending the flame: Evangelizing evolution (Conversation with Matt Ridley).   I was pleased to see that the last essay in this section, and the final one in the book, is “The only kind of truth that works” Richard’s generous and gracious review of Why Evolution is True published in the London Review of Books

He finishes with an epilogue: “To be read at my funeral”. It’s not grim, but rather the famous opening to Unweaving the Rainbow that starts with “We are going to die, and that makes us the lucky ones.” Surely you’ve read it, but if you haven’t you must do so immediately.  I know of no piece like it, and it may make you tear up.

Now, the forewords and their explications will introduce you to many people now gone but were friends of Richard’s: people like John Maynard-Smith, Peter Medawar, Lewis Wolpert, and Bill Hamilton, and there are plenty of anecdotes to liven the narrative. It’s definitely worth reading Richard’s selections from these people, whose book or papers are forgotten by many students today. Some of the books are old ones that are now obscure, and thus you get a lot of suggestions for future reading.

As I don’t have the book before me, I won’t go over specific pieces except to say that they’re all worth reading because they all are food for thought. All but two are laudatory, the two being a critique of Ed Wilson’s views on group selection (“The descent of Edward Wilson”) and a book by Lynn Margulis and Dorian Sagan that Dawkins absolutely rips to shreds—all with British grace, of course. But even the critique of Wilson’s ideas is a standalone disquisition on the levels of selection, and why the gene, as a “replicator” makes genic selection—Dawkins’s big contribution to evolutionary thinking—more efficient than selection on any other level. I’ll add that his piece on speciation, “Branching out”, is one of the best things written on a topic that few have tackled in popular writing.

Note that the book encompasses science in general, evolution in particular, and also deals extensively with skepticism and atheism. The last bits are strongly anti-theistic, which I find refreshing in these accommodationist days.

I’lll warrant that if you’re reading this website, you’ve almost surely read and loved at least one of Richard’s books (my favorite is The Blind Watchmaker, as I place The Selfish Gene in a different category; Richard’s favorite is The Extended Phenotype. Add this new one to your list.

This is not even a real review because I don’t evaluate the contents with examples and quotations, but my purpose in writing this is to tell you not to neglect this book: it contains some of Richard’s finest writing, much of which you probably missed, and you can read it in pieces. It’s the perfect bedside book—unless, like me, reading it makes you feel so inferior that it’s hard to sleep!

59 thoughts on “Short take: “Books Do Furnish a Life” by Richard Dawkins”