It’s getting towards the end of duck season at Botany Pond, though the warmer weather at this time of year may be slowing migration. Still, we’re down to anywhere between 2 and 9 ducks per day, all of them familiar. There are Honey, Dorothy, and Prince Charming (their drake), Mona, a duck with only one working eye, Cyndi, a duck trained to eat out of our hands, who jumps up for food (see below), her boyfriend Charlie, and a trio of undocumented ducks we call “the sisters.”

Here’s the member of team duck who trained Cyndi (or is it the other way round?) to eat from her hand. Now Cyndi will jump and even flutter up to the hand to get duck pellets. Her swain, the drake Charlie, has learned to do the same thing by watching Cyndi.

We all love Cyndi; she is a sweet and affectionate hen who comes running when she sees her own personal staff member on Team Duck. Here she is leapiing; you can see her feet off the ground. 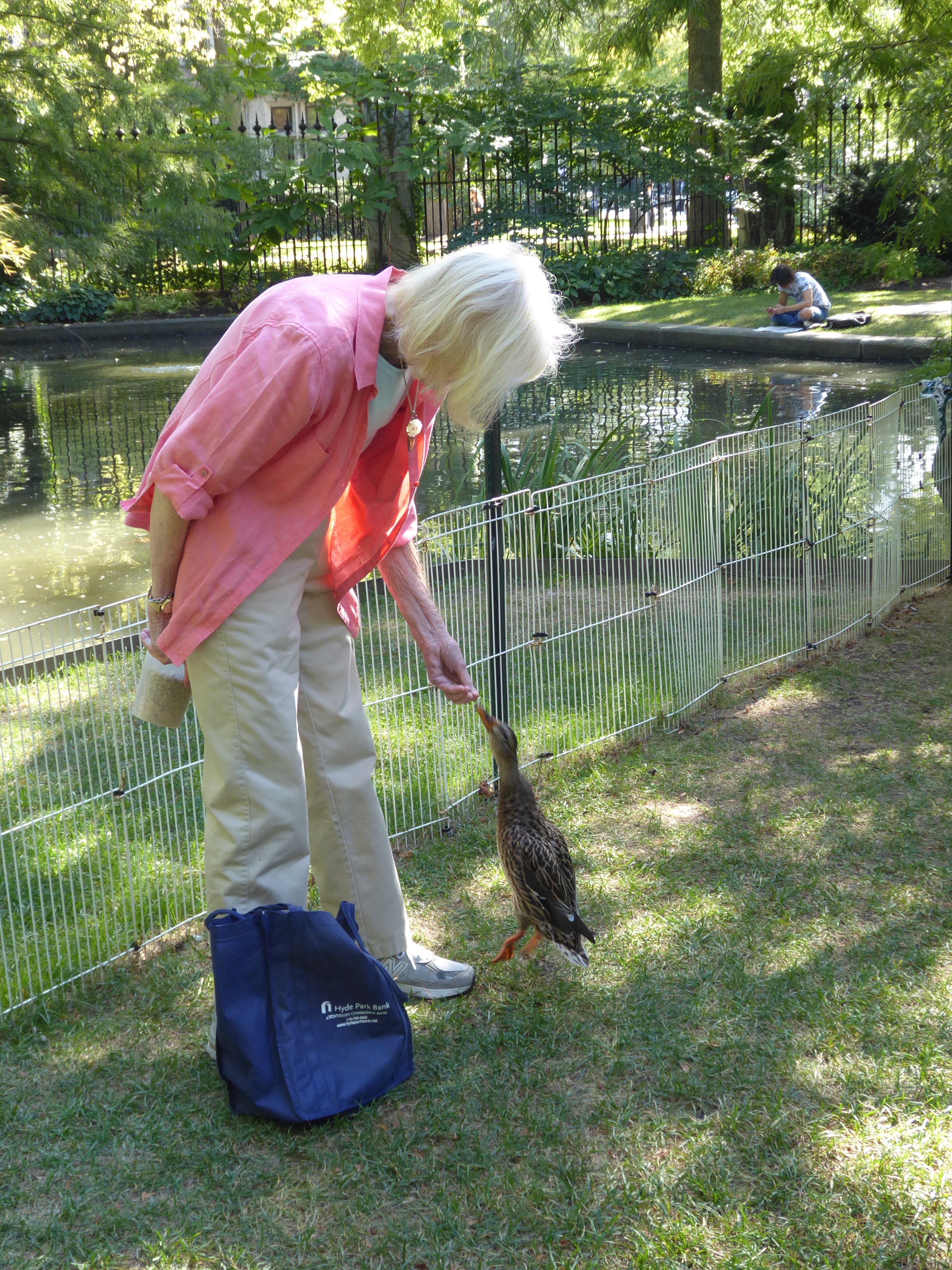 Here Cyndi’s getting ready to flutter up to the food: 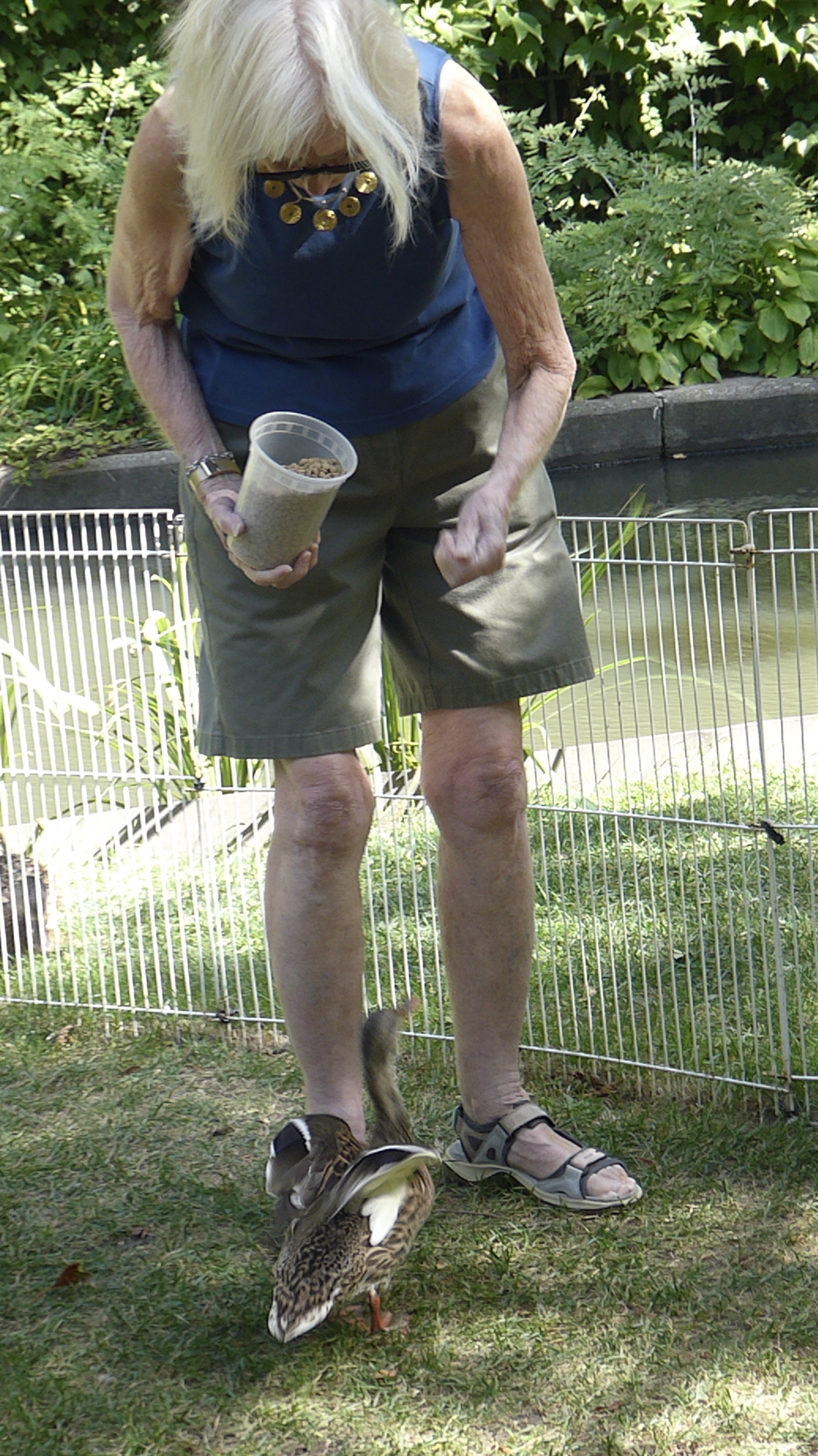 More of her cute activity. We’ve had one “trained duck” every year (last year it was one who flew up and perched on the metal pond railing when called), but Cyndi is by far the most interactive. We will miss her.

Another video of her feeding: 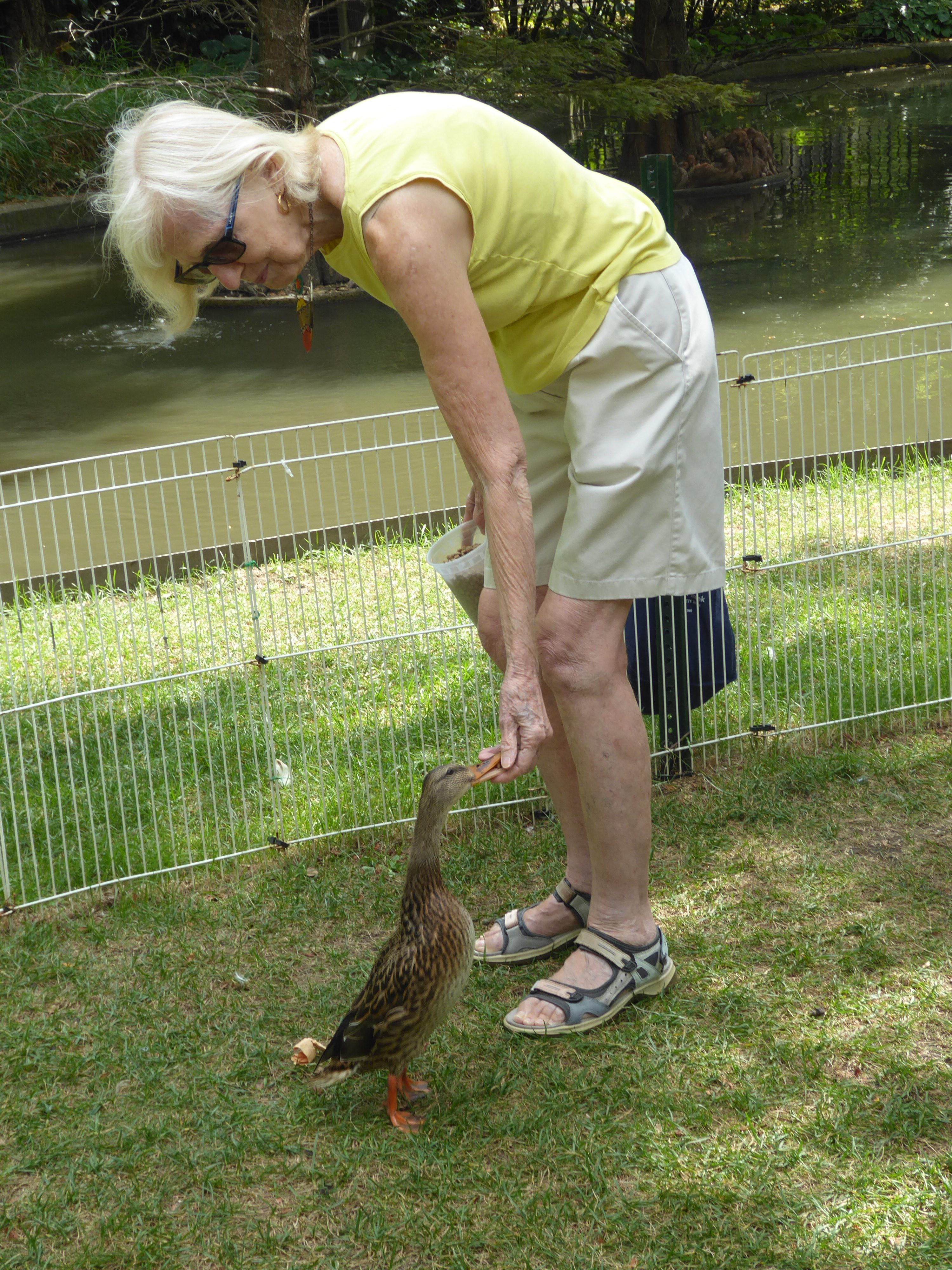 Cyndi and boyfriend Charlie. They’re a handsome pair, aren’t they? 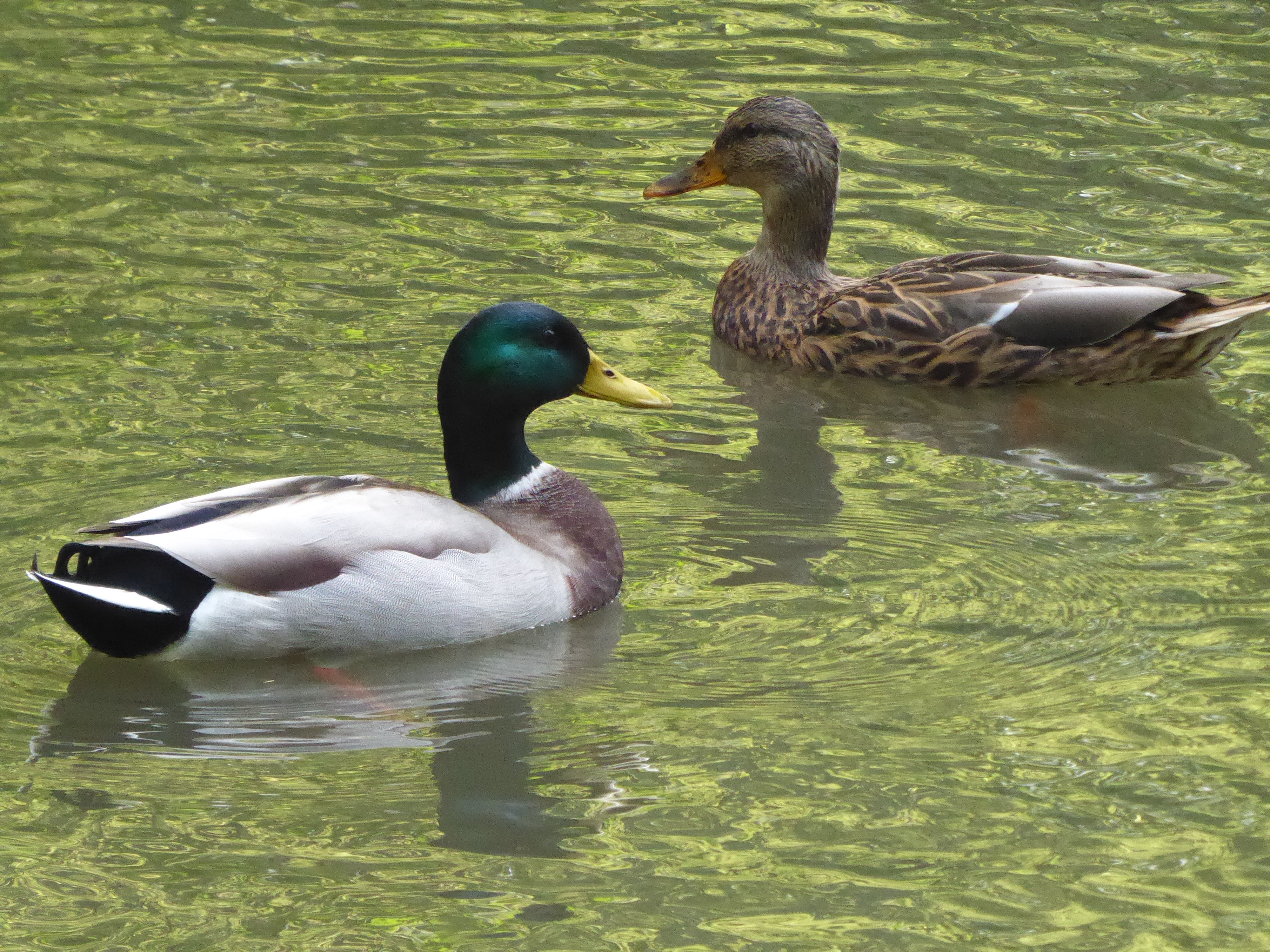 Drake fight! One of the drakes, Drako, had not achieved full color yet. But he was a mean s.o.b, and chased all the ducks. Here he gets into it with another drake. Note how they swim side by side in between repeated attacks. I suspect they are wooing females. (Ducks pair up, I hear, before they fly south.)

Prince Charming, the chosen mate of both Honey and Dorothy. I know he will fly away with them when they migrate, but I don’t know if he’ll return with them. I have trouble telling drakes apart as they have no distinctive marks on their bill. 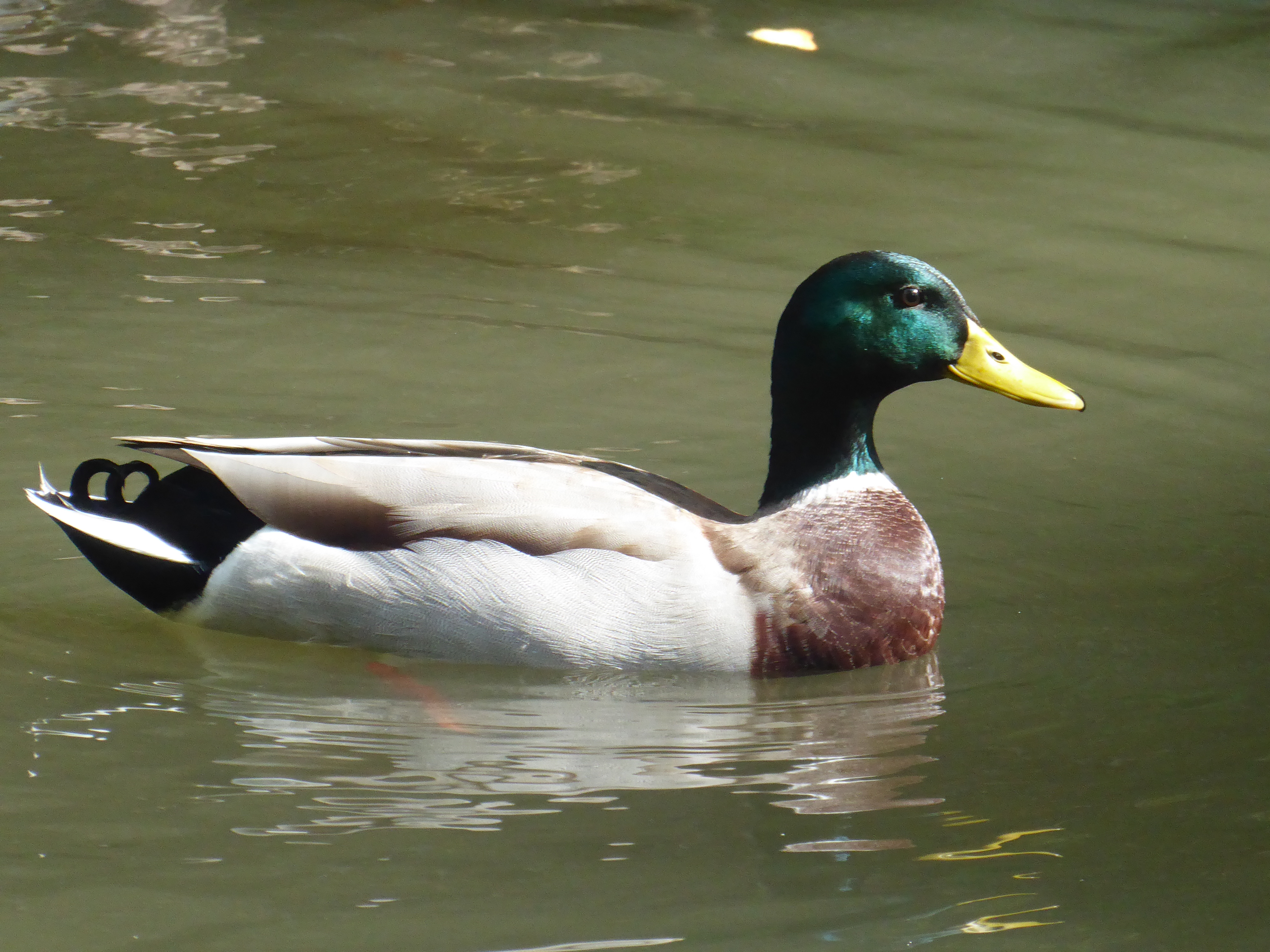 We mustn’t forget the turtles, who come out only when it’s warm and sunny now. They’re preparing for winter. 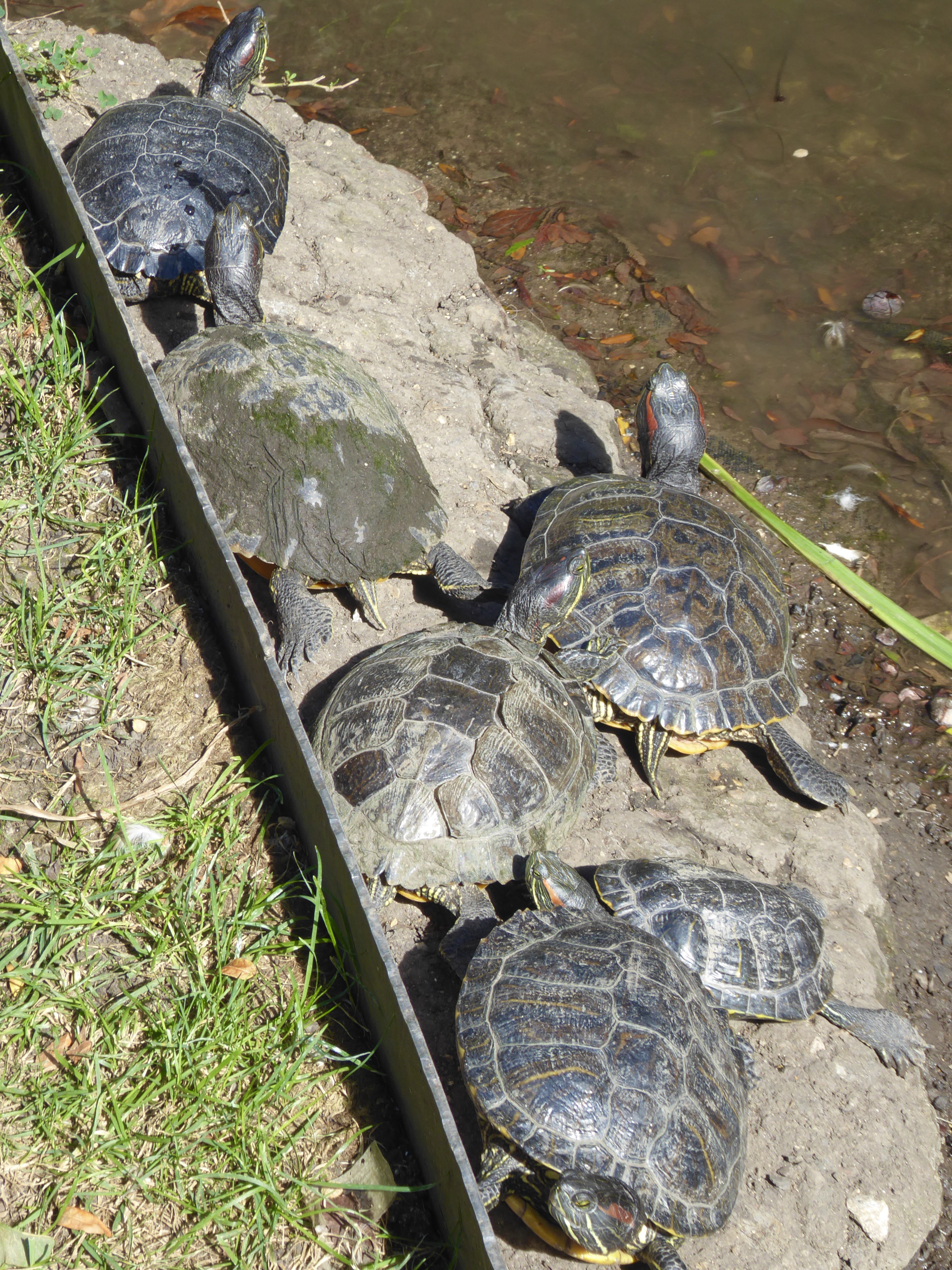 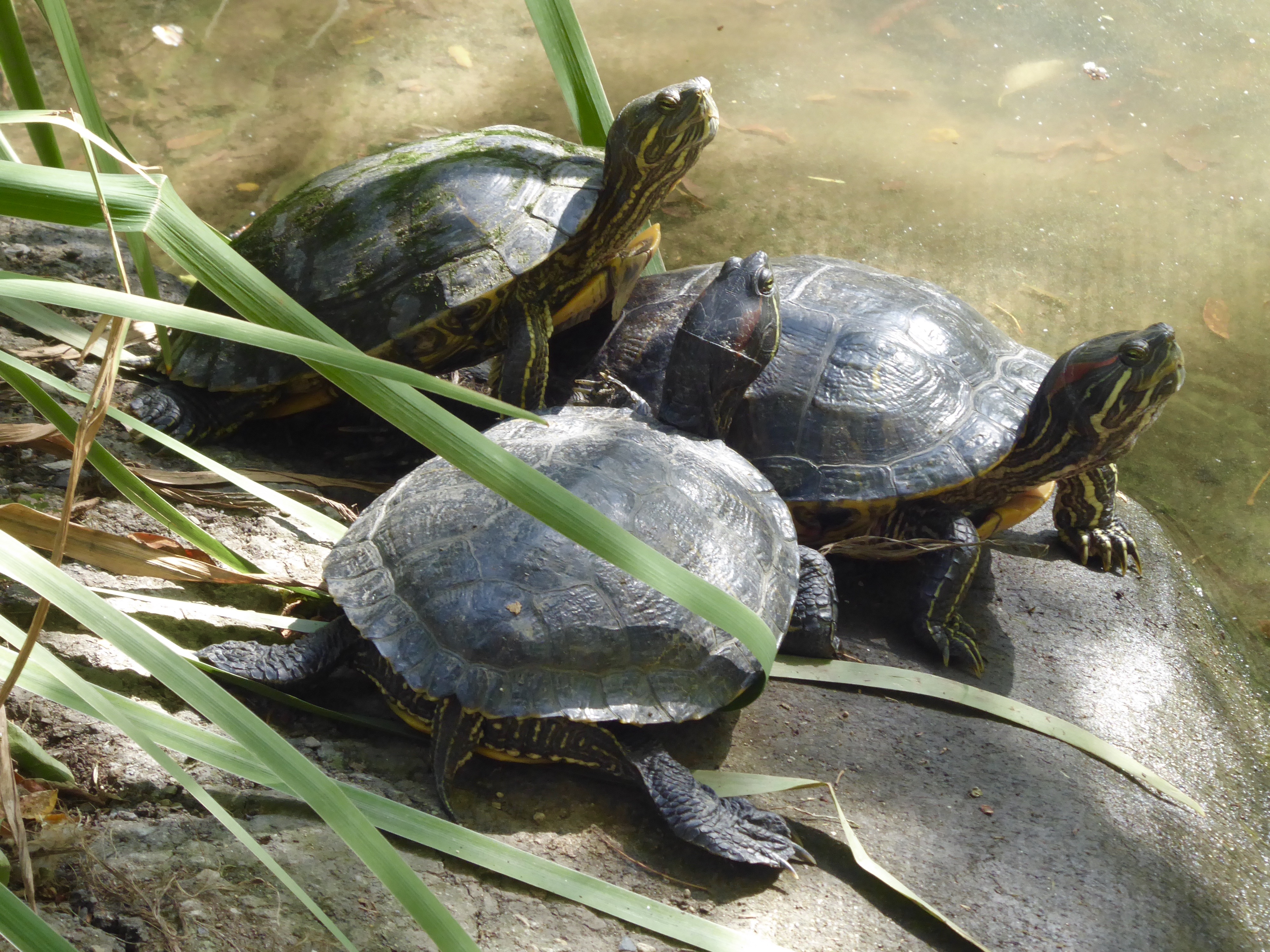 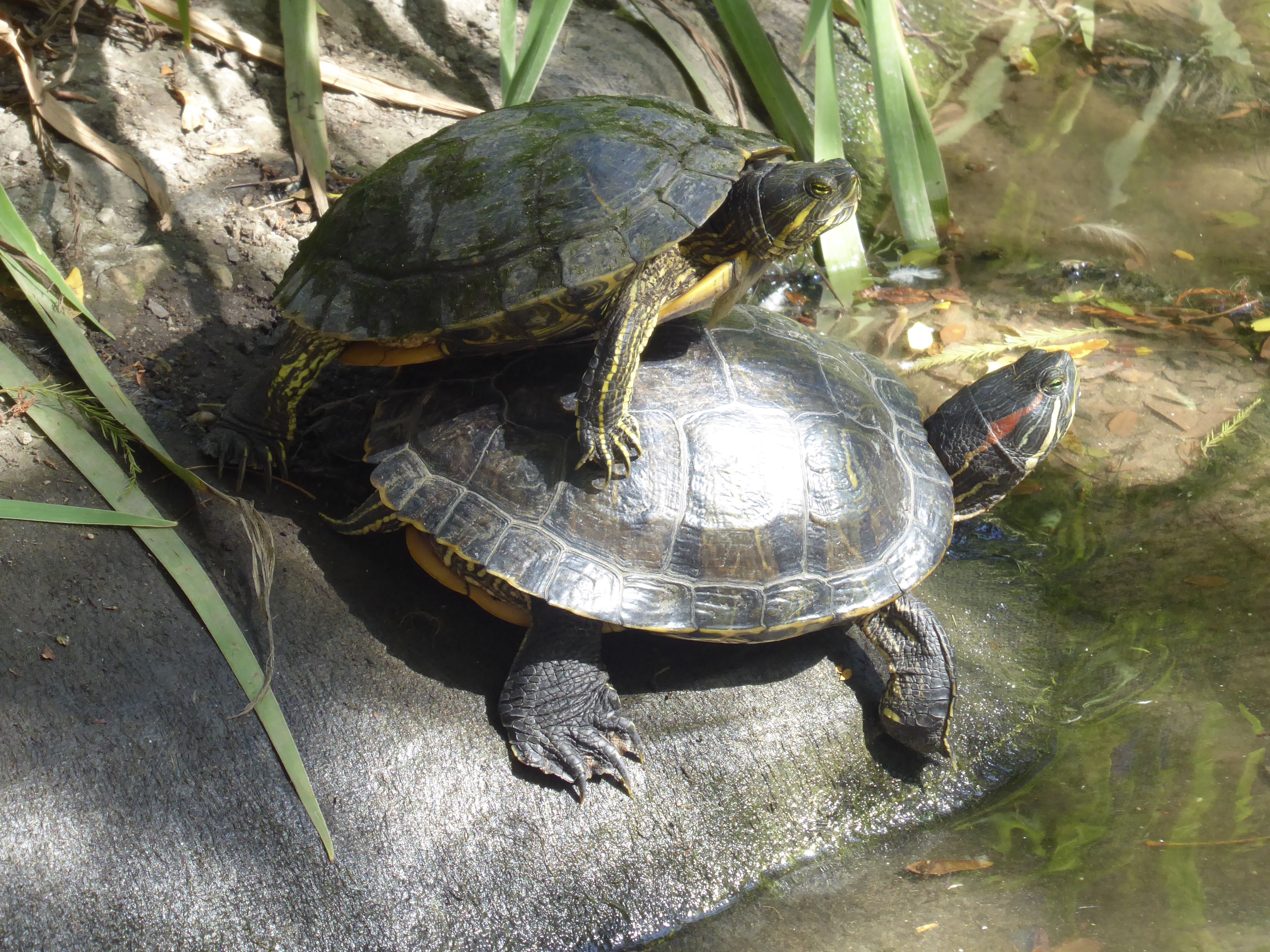 And so we’re getting ready to say farewell to wings, but 2022 is another year. . . . .  Every year is different at Botany Pond, full of its own quirks and drama.