Welcome to Caturday, October 9, 2021: National Moldy Cheese Day (by this they mean cheeses like Roquefort and Stilton). I used to hate them but now like some of them.

Here’s a lovely baby Nautilus from the Toba Aquarium in Japan: 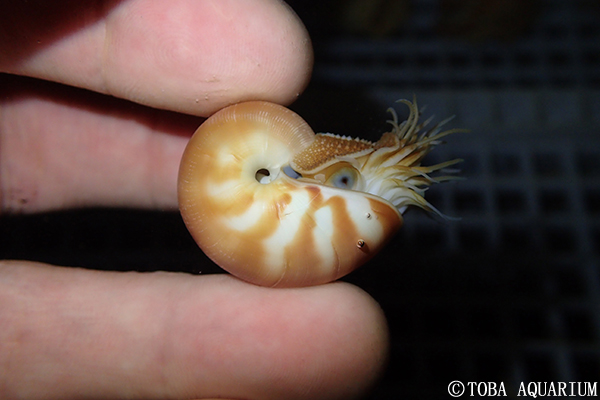 *If this don’t beat all! The House committee investigating the Trumpian insurrection of January 6 has requested documents from the National Archives dealing with Trump’s and the White House’s communications around that time. Trump has tried to block the Archives from releasing the material (why, I wonder?), and–get this–is using as a reason “executive privilege.” Biden has refused to use his own executive privilege to accede to Trump’s request, and the White House counsel noted pointedly that former Presidents do not HAVE “executive privilege.”

*Ezra Klein has an absorbing editorial in the NYT: “David Shor is telling the Democrats what they don’t want to hear.” Shor, a political analyst, is pessimistic about the future of our party. One excerpt:

But here’s the truly frightening thought for frustrated Democrats: This might be the high-water mark of power they’ll have for the next decade.

Democrats are on the precipice of an era without any hope of a governing majority. The coming year, while they still control the House, the Senate and the White House, is their last, best chance to alter course.

Read the column to see why, and what Shor recommends Democrats do if they don’t want to lose power in Congress. He may, of course, be wrong about all of this.

*Tony Bennett just entered the Guinness Book of World Records as the oldest singer to release an album of new material. When the album “Love for Sale” (a selection of Cole Porter tunes with Lady Gaga) was released October 1, Bennett was 95 years and 60 days old. Sadly, the great crooner is afflicted with Alzheimer’s, but, as the 60 Minutes segment below shows (do watch it!), he becomes like his old self when the music starts playing, and was able to do a final show at Radio City Music Hall. At 13:20, when Lady Gaga joins him on stage, he says her name for the first time in a long time. Such a sweet moment, as she recounts later.

A blackface incident has occurred at the University of Michigan, involving, Bright Sheng, Leonard Bernstein Distinguished University Professor of Composition and a well known composer and pianist. But he happened to show the wrong film. As the student paper, the Michigan Daily, reports:

On Sept. 10, Music, Theatre & Dance freshman Olivia Cook attended her first composition seminar with Sheng. This semester, the course focused on analyzing Shakespeare’s works, and the class began with a screening of the 1965 version of “Othello.” Cook told The Daily she quickly realized something seemed strange, and upon further inspection, noticed the onscreen actor Laurence Olivier was in blackface.

“I was stunned,” Cook said. “In such a school that preaches diversity and making sure that they understand the history of POC (people of color) in America, I was shocked that (Sheng) would show something like this in something that’s supposed to be a safe space.”

The predictable outcry occurred, with claims that the film made the students feel unsafe. This resulted in Sheng’s removal as a teacher of undergraduates. He apologized to the faculty and students, but his apology was considered insufficient. Sheng says that he didn’t realize the cultural offense conveyed by blackface.  As the Dean of Sheng’s division revealed in an email, “the incident had been reported to the Office of Equity, Civil Rights, and Title IX.”  Sheng will be lucky if he’s not fired for showing that movie.

*IFL answers the long-standing question, “Why do marathon runners poop themselves  so often?” Well, read on if you want the answer. Trigger warning: involuntary defecation:

First off, runner’s diarrhea, as it is known, is a real thing. A study published in the National Library of Medicine in 1992 asked 109 long-distance athletes about their bowel movements around their runs. Sixty-two percent reported that they had stopped for a bowel movement during training, 43 percent said that they had “nervous” diarrhea before a race, 51 percent said that they had experienced diarrhea after a race, and 12 percent reported full-on fecal incontinence while running.

Often these episodes occurred alongside abdominal pain and rectal bleeding. The study states that “any form of ‘runners’ diarrhea was unrelated to age, previous intestinal infection or food poisoning, food allergies, or dietary fiber.” A separate study found that up to 90 percent of participants in endurance races experience some sort of gastrointestinal symptom.

As for the cause, it’s a mixture of factors.

“During physical exercise, the increased activity of the sympathetic nervous system … redistributes blood flow from the splanchnic organs to the working muscles,” one review suggests. “A severely reduced [blood flow to the abdominal gastrointestinal organs] may frequently cause GI [gastrointestinal] ischaemia [a condition, which causes the symptoms of diarrhea and abdominal pain, among others]”.

“Someone in the middle of a strenuous physical activity, it’s really hard to voluntarily keep the muscle closed while engaging in other activities with other muscles in the legs and pelvis,” colon and rectal surgeon with Novant Health in Charlotte, North Carolina Michael Dobson told Mental Floss. “You can’t control the muscle when using muscle.”

There are photos and links to others, but you don’t want to see them.

The clock, originally built in 1410 (and repaired several times) is the oldest clock of any type that still operating. Here’s a video of the hourly show, when the saints come marching it. (I’ve seen it!)

“Visible to the naked eye, Kepler’s Star was brighter at its peak than any other star in the night sky, with an apparent magnitude of −2.5. It was visible during the day for over three weeks. Records of its sighting exist in European, Chinese, Korean, and Arabic sources.”

You will have seen the picture of Guevara below; it’s been reproduced a gazillion times, and I have it on two tee-shirts. Taken by Alberto Korda, it’s called “Guerrillero Heroico“, and was taken in Havana on March 5, 1960 at a memorial service for victim of an explosion. It’s the classic iconic portrait of a revolutionary: 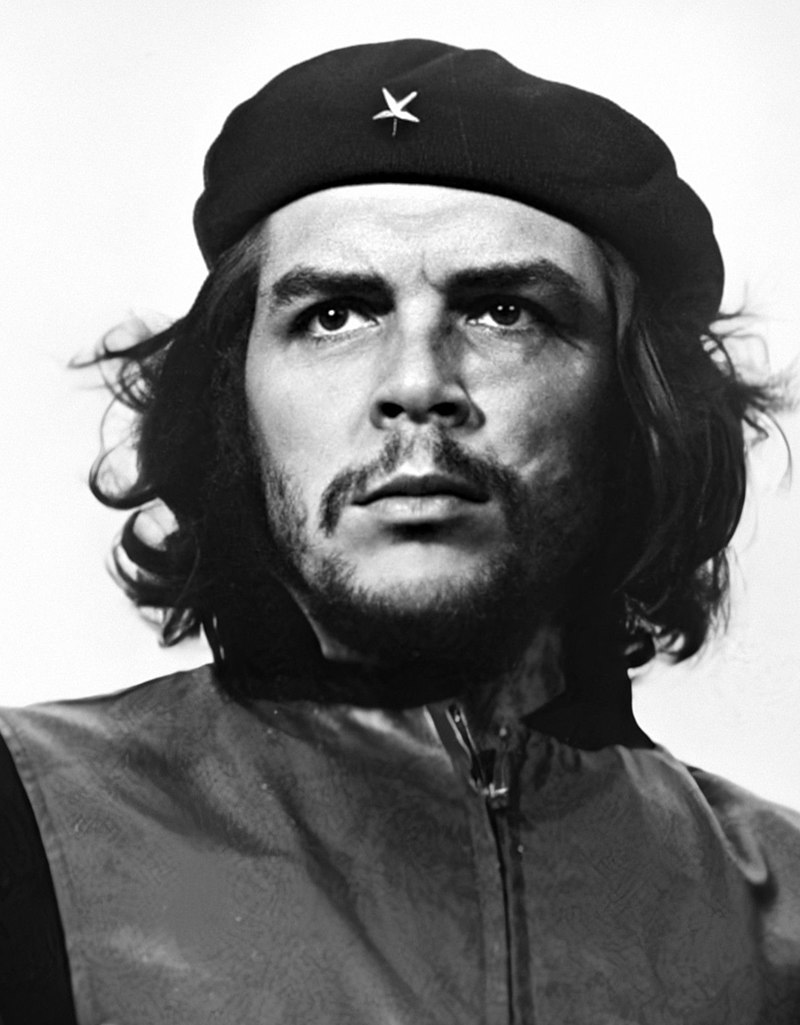 I find Che, like Eva Perón, I find a fascinating and ambiguous figure, a mixture of fervor, goodness, and badness. Except Che’s badness was much worse than Evita’s.

Bobby Seale was originally one of the “Chicago Eight,” but when his case was dismissed on a mistrial (they were accused of crossing state lines to incite a riot), it became the Chicago Seven: Abbie Hoffman, Jerry Rubin, David Dellinger, Tom Hayden, Rennie Davis, John Froines, and Lee Weiner.

Shot at 15 for promoting the education of girls, Malala later won the Nobel Peace Prize. The details from Wikipedia:

On 9 October 2012, a Taliban gunman shot Yousafzai as she rode home on a bus after taking an exam in Pakistan’s Swat Valley. Yousafzai was 15 years old at the time. According to reports, a masked gunman shouted: “Which one of you is Malala? Speak up, otherwise I will shoot you all.” Upon being identified, Yousafzai was shot with one bullet, which travelled 18 inches (46 cm) from the side of her left eye, through her neck and landed in her shoulder. 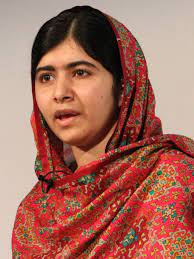 Here’s a stereoscopic photo of Dreyfus on Devil’s Island in his stone hut, taken in 1898.  He spent four years and two months in this godforsaken place before he was completely exonerated of the charges of treason. 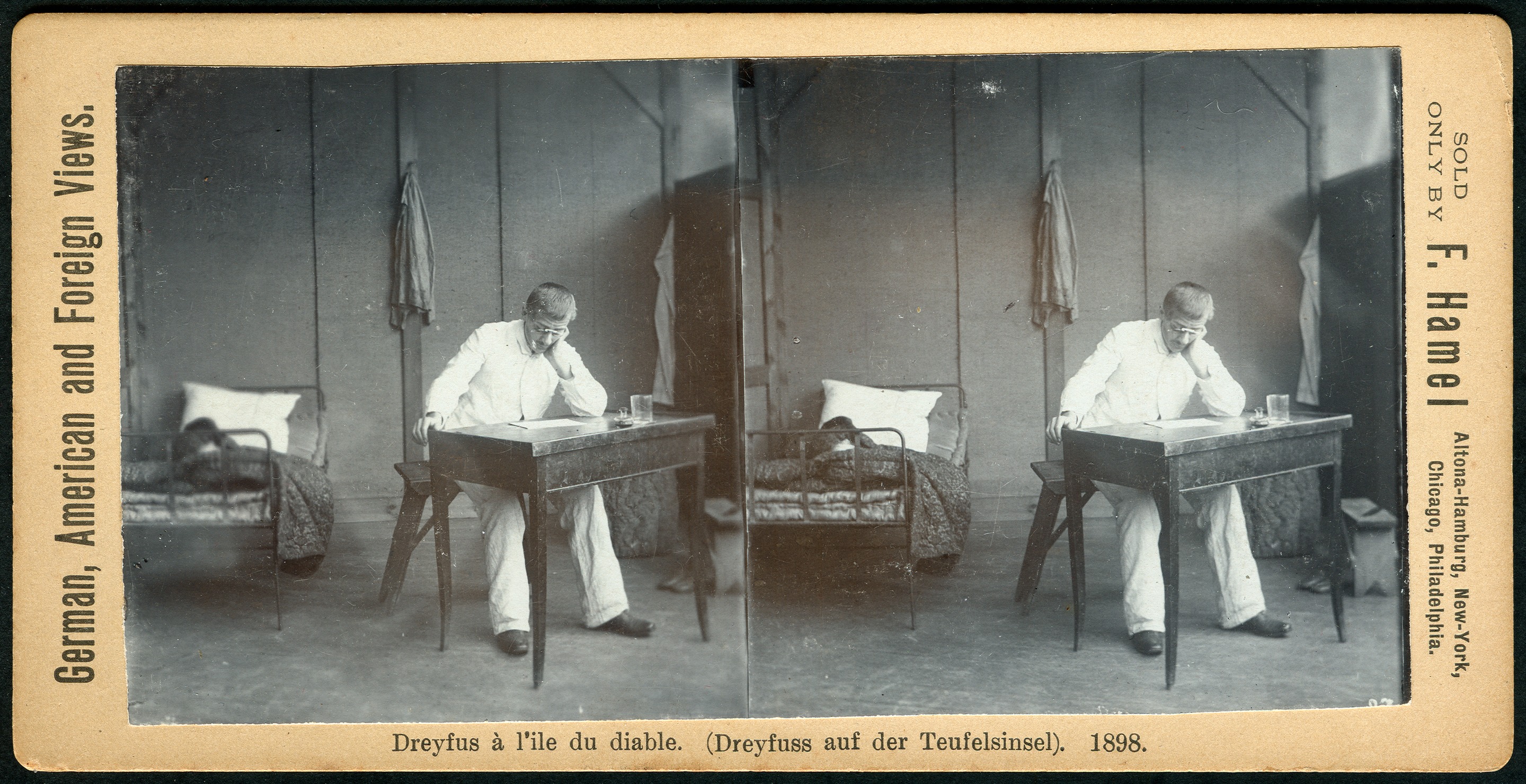 Sister Aimee—what a time that was! Here’s a short bit of stock footage of the evangelist/huckster:

Killed by Communists, young Nazi Wessel became the first National Socialist martyr and the inspiration for the song that became the official anthem of the Nazi Party, the “Horst Wessel Song”, which you can hear here.

Here’s the “bed in” in Montreal (there was another in Amsterdam) with John, Yoko, and, I think, Julian Lennon:

Sean was born on his father’s birthday.

Those who took The Big Nap on October 9 include:

Here’s Jack Daniel. I can’t remember how much I drank of that stuff when I was younger, but I remember calling up the company in Lynchburg, Tennessee when I was drunk on the stuff and asking to speak to Lem Motlow, identified on the label (second photo) as the “proprietor”. Of course I didn’t get him—he died in 1947 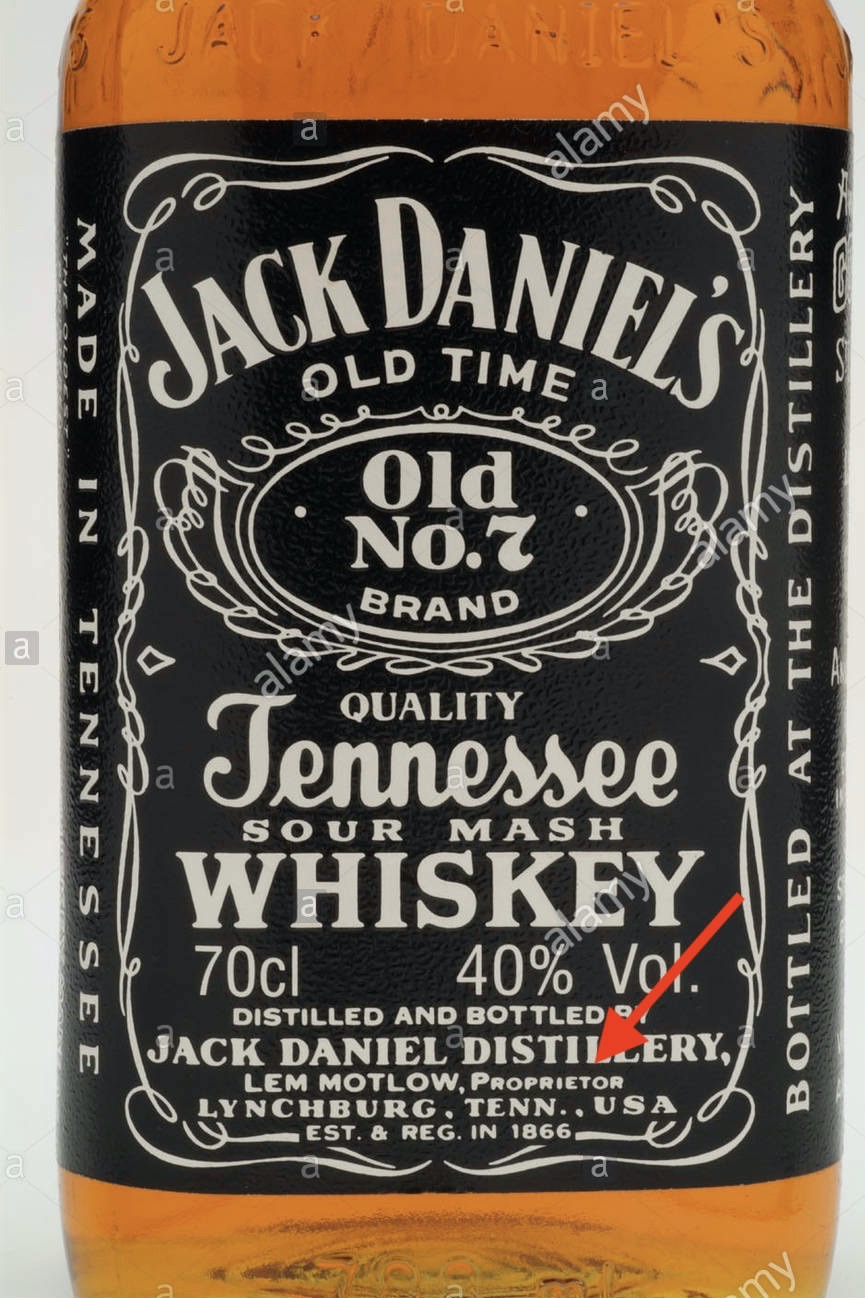 Che again, probably smoking a Cohiba Lancero. Both he and Fidel eventually gave up smoking cigars, thinking it a bad example: 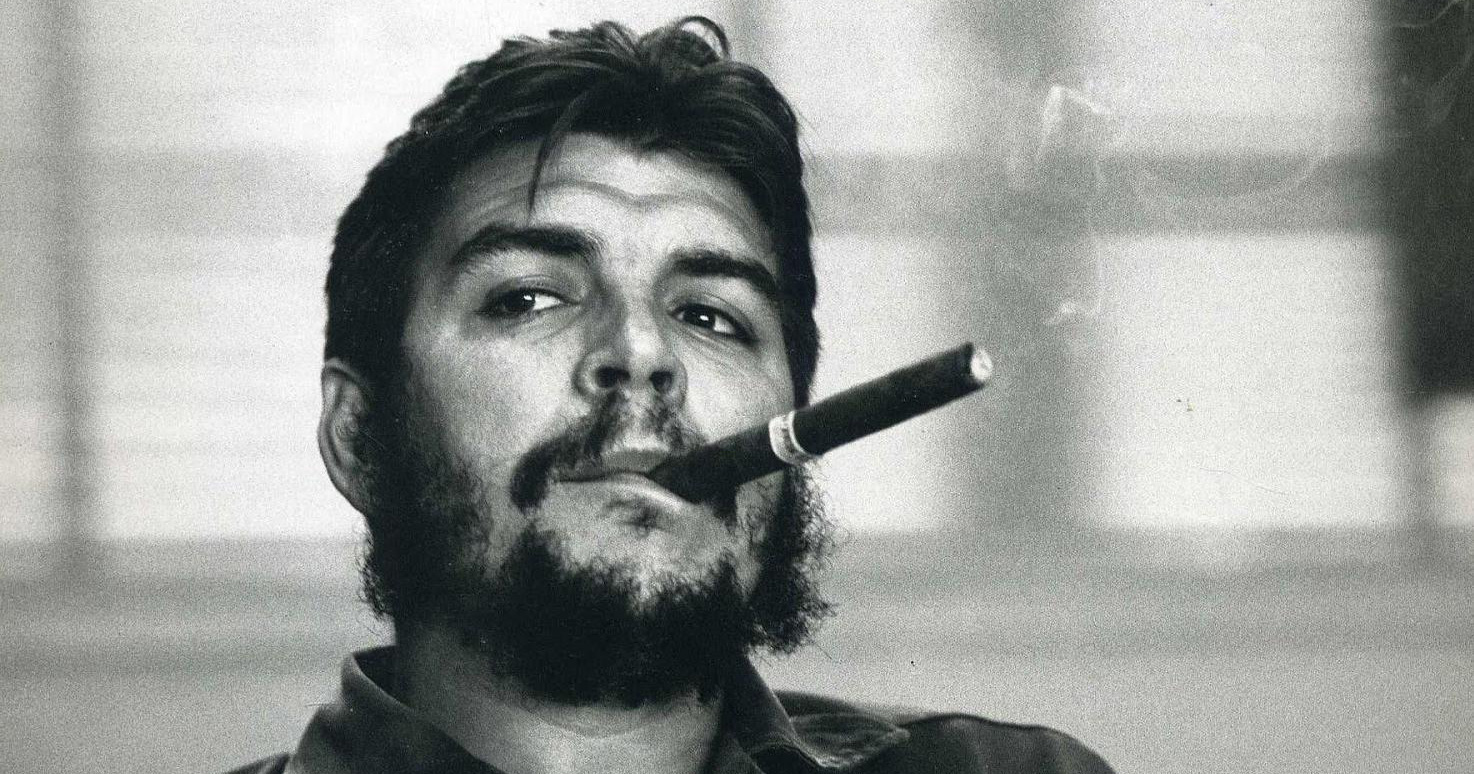 Meanwhile in Dobrzyn, Hili’s acting like the alpha cat she is:

Szaron: You are drinking water from my and Kulka’s bowl.
Hili: You forget that I’m the indigenous cat here. 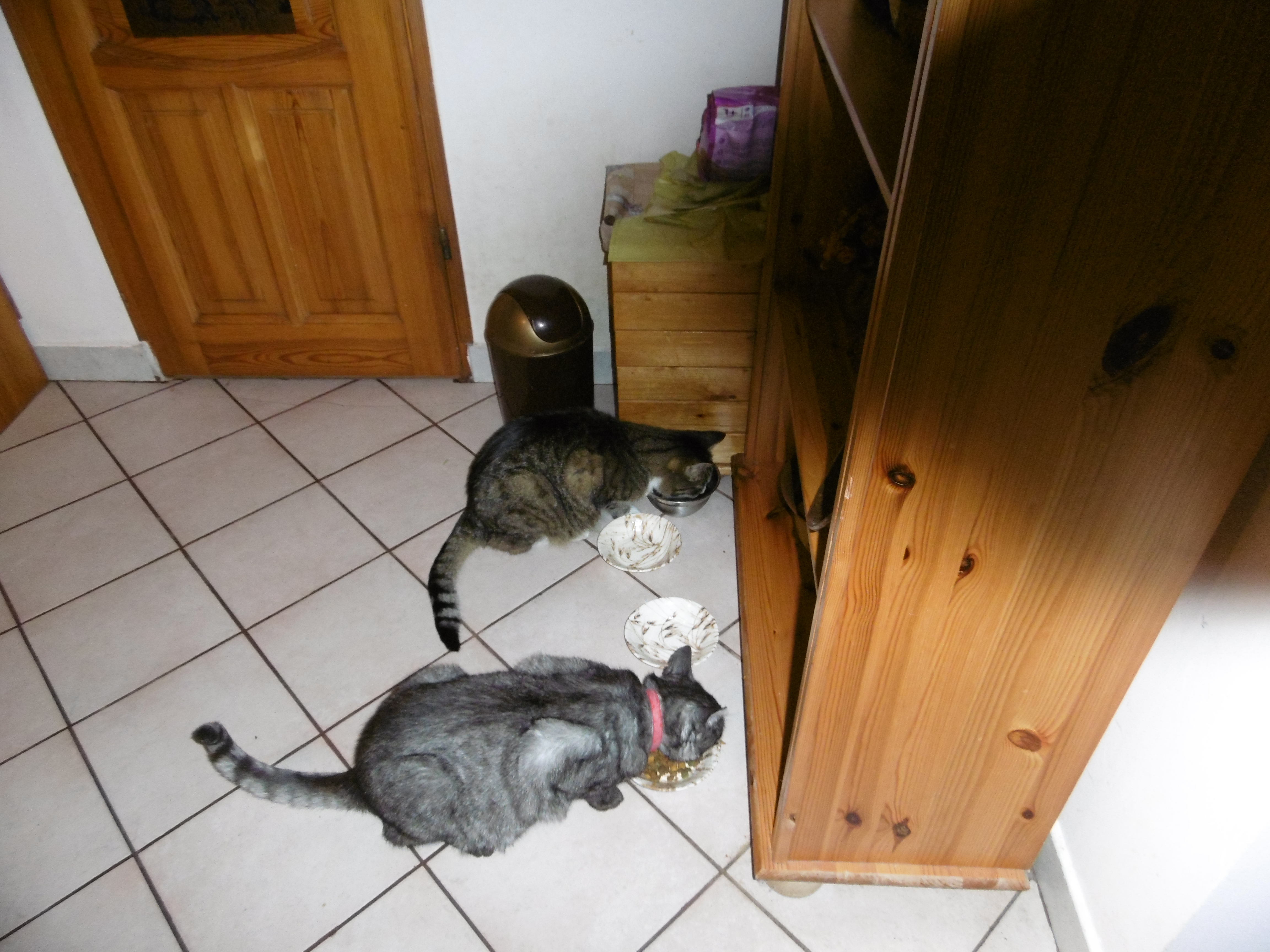 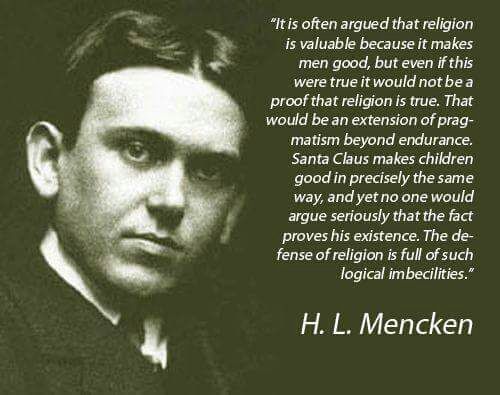 From The Emporium of Unique and Wondrous Things: 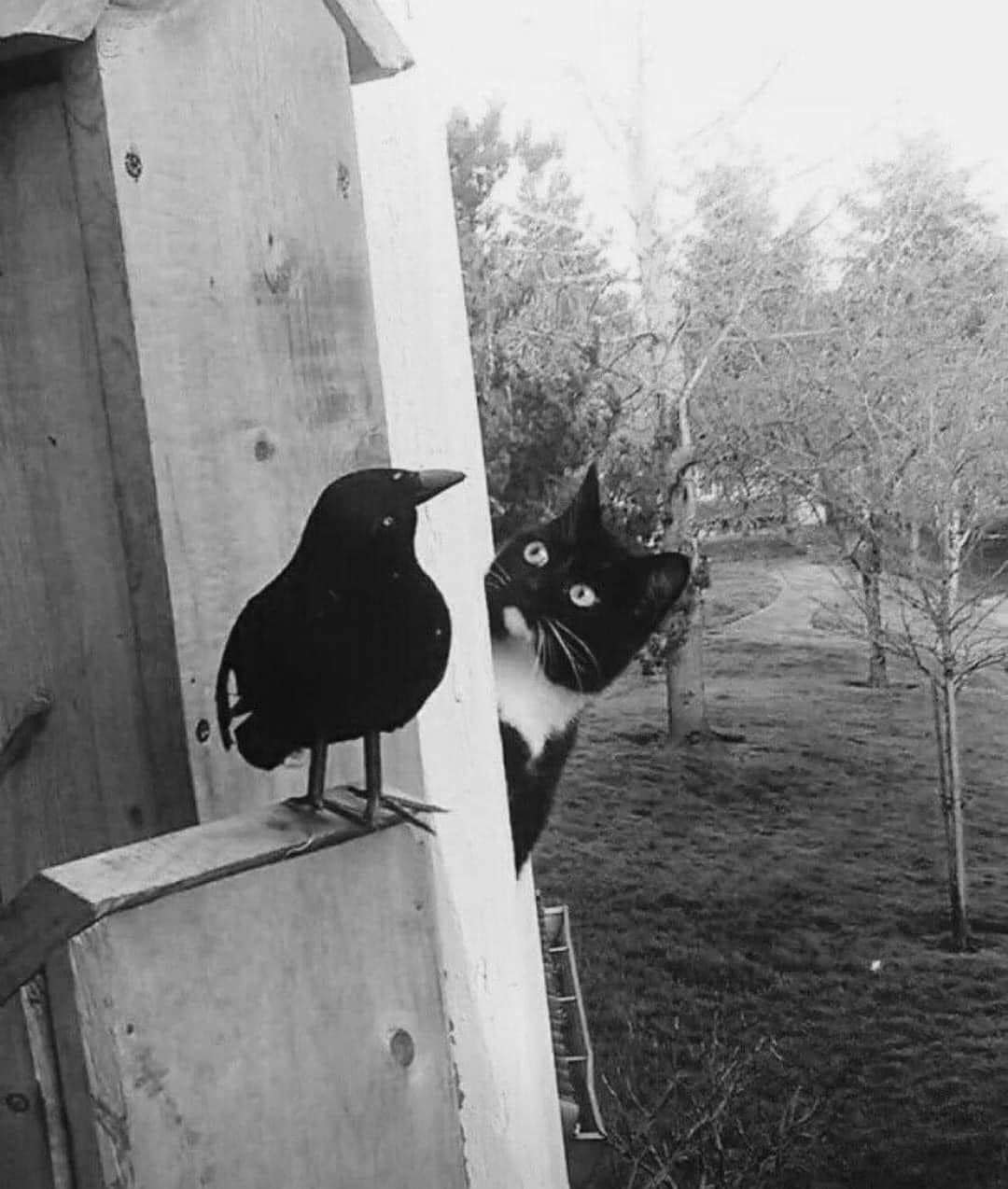 From Jesus of the Day: a Senior Winnebago: 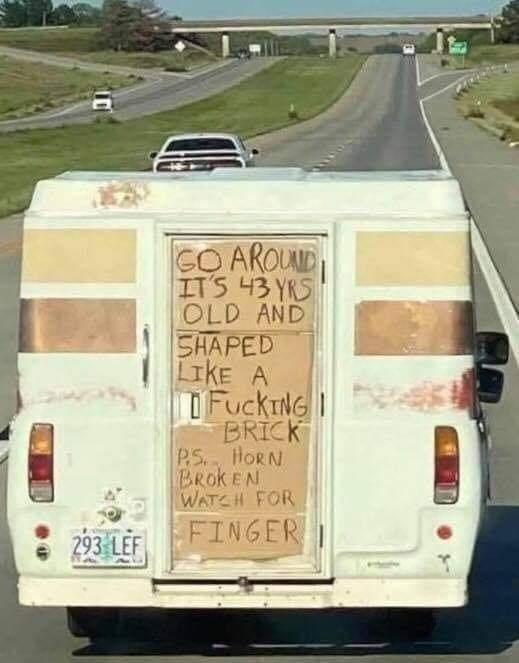 From Masih, another Iranian jailed for improper or missing hijab. Click to start video, but it’s looped, so stop it after one view.

Her name is #MojganKeshavarz. She was jailed by the Islamic Republic of Iran for standing for women’s rights and saying no to compulsory hijab. After more than years, she’s released on a furlough. Be her voice.#WhiteWednesdays pic.twitter.com/73sYtvOv0U

A tweet from reader Simon. Rechavi takes videos and gives them a scientific theme (picking worms means sorting the roundworm C. elegans). Simon asks if “picking flies” (we call it “pushing flies”) has a similar learning curve.  I don’t think so!

Sound up (but not too loud!)

In 1944 she was deported to #Auschwitz and murdered in a gas chamber. pic.twitter.com/NWX7rvI2Vf

Tweets from Matthew. The best reason not to take a phone call:

Yeah no I can’t come to the phone right now pic.twitter.com/5ly5tRKWuO

A quotation and an example:

"A bat is beautifully soft and silky; I do not know any creature that is pleasanter to the touch or is more grateful for caressings, if offered in the right spirit."

I wrote about how you, too, could one day feel the leathery caress of a bat's wing against your cheeks 🍑, for @NYTScience https://t.co/Tr37XGoHWk

Yesterday was World Octopus Day, so this is a bit late but still astounding. Why the color hange on only one side?

Here’s one that feeds Matthew and my love of stoats. You won’t see this very often!