Please send in your good wildlife photos if you have them. I have a small backlog but it’s spotty. If you have a polydactylous cat, send two photos (cat and paw) and a few words about your moggy. I can accept them today and add them to the Caturday Felid post that will go up around 9:30 Chicago time.

Today we continue on with photos of tree swallows taken by Emilio d’Alise (see first sequence here). Emilio’s notes are indented, and you can click on the photos to enlarge them. We have three separate feeding sequences, with two more to come in a later post. Without further ado:

These folders are three different feeding sequences, all shot during my one hour lunch. The camera is mounted on a tripod and pre-focused, and I’m standing about six feet away. It only took about five minutes for the adults to overcome their hesitancy due to my presence. During that time, they made a number of aborted passes, but eventually the insistent chirping of the chicks had them ignore me and the camera.

I could tell when the adults were coming because the chicks switched from chirping to offering their wide-open beaks, at which time I would shoot short bursts. The feeding itself usually lasts no more than one or two seconds unless the adult ‘lands’, usually to offer a larger meal that was more difficult to shove into the awaiting open beak.

On most feedings, a fair portion of the adult’s head goes inside the beak of the chick (both close their eyelids during contact) to ensure the meal is not lost. Still, occasionally, a few bugs fall out before the chick has a good grasp of it, probably because various parts of the bug may be stuck to the adult’s plumage. 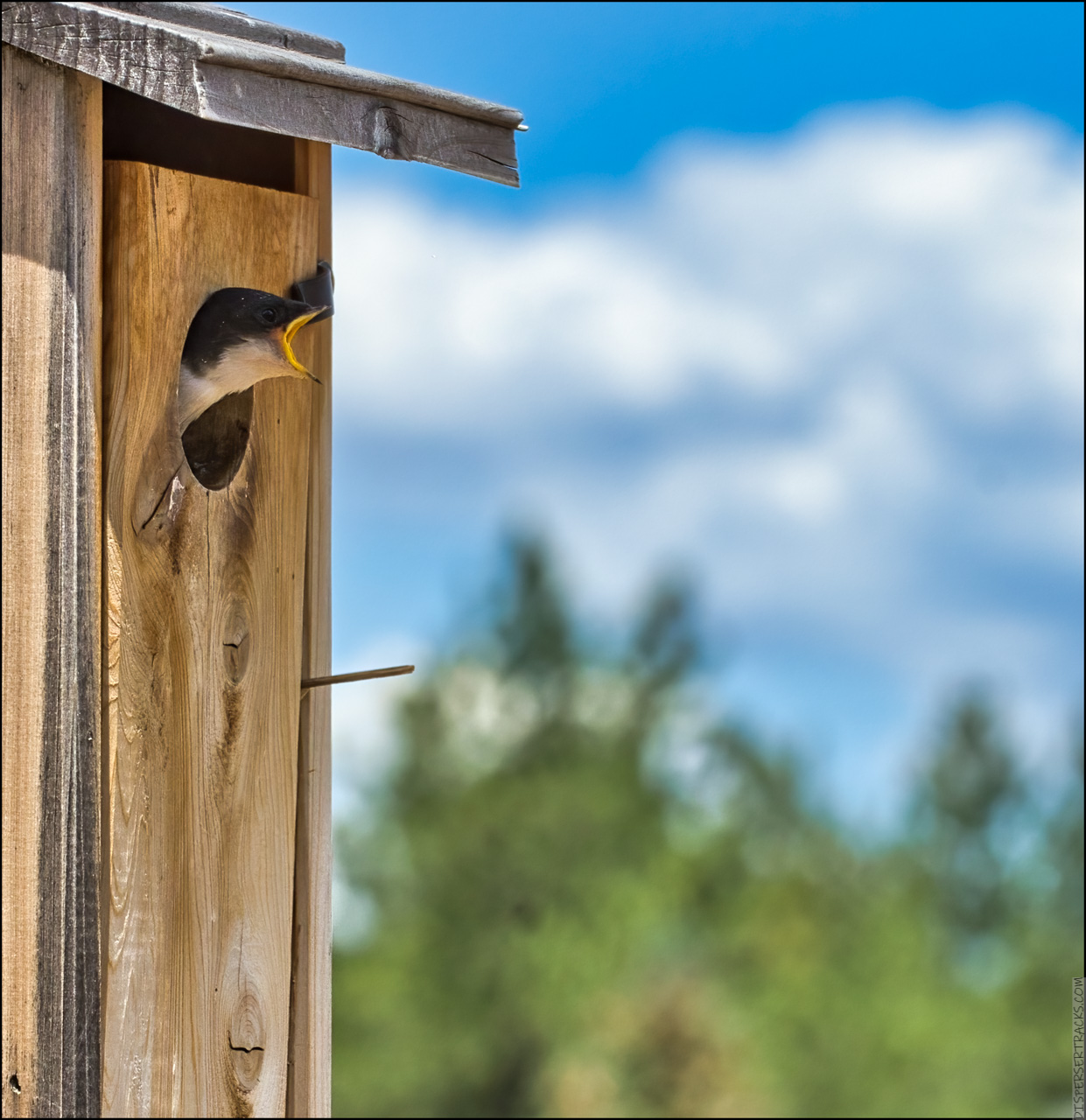 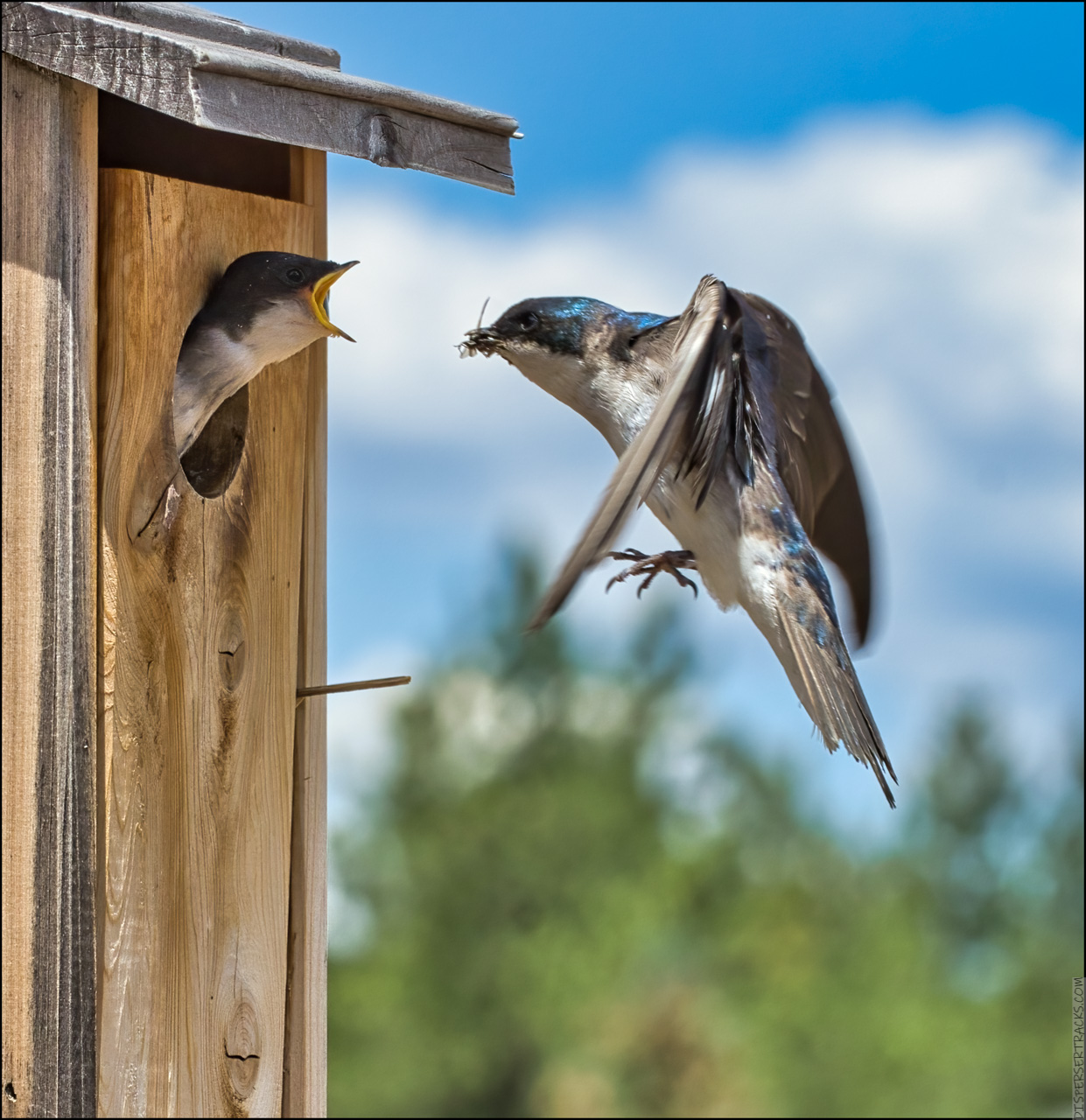 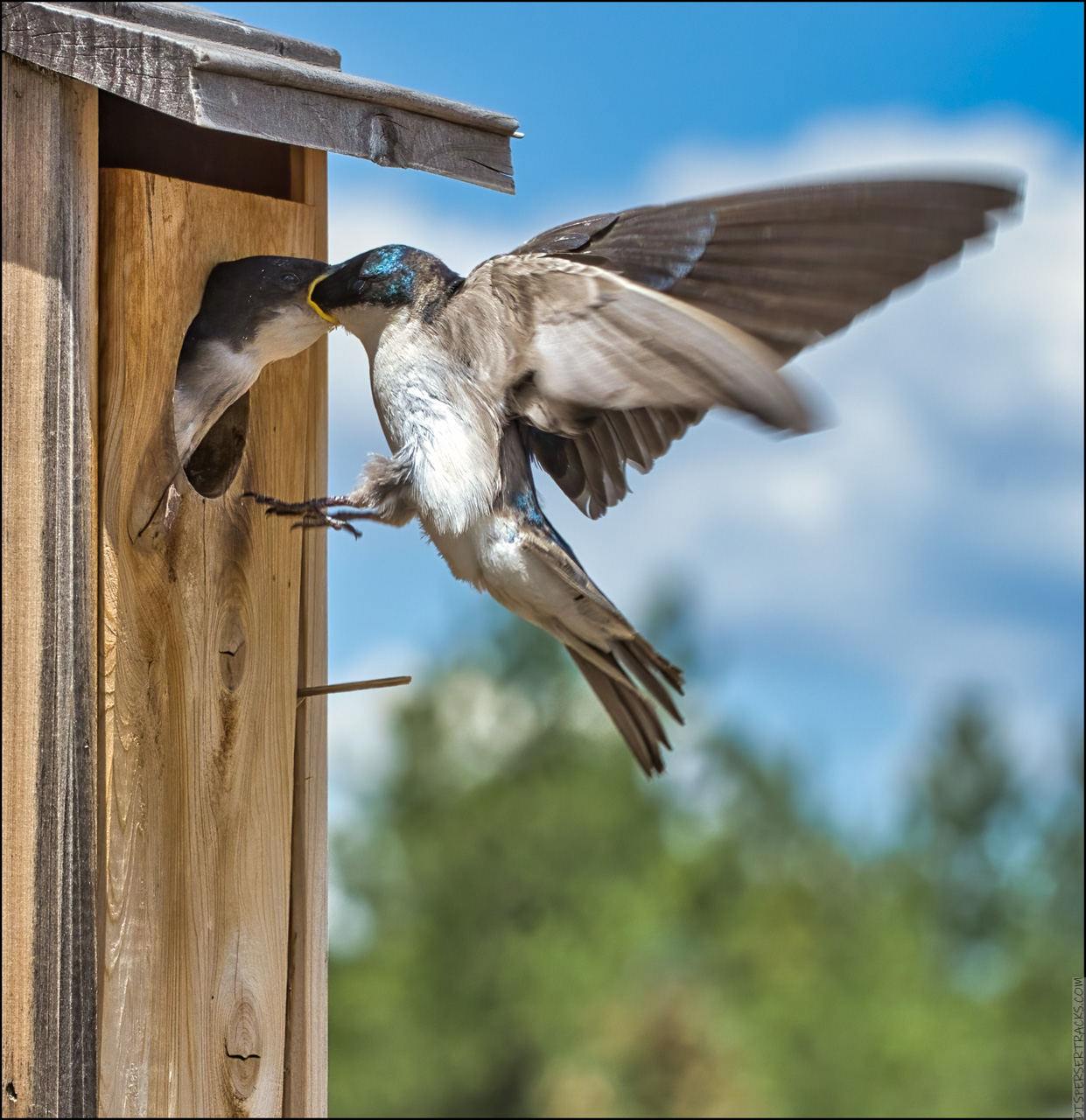 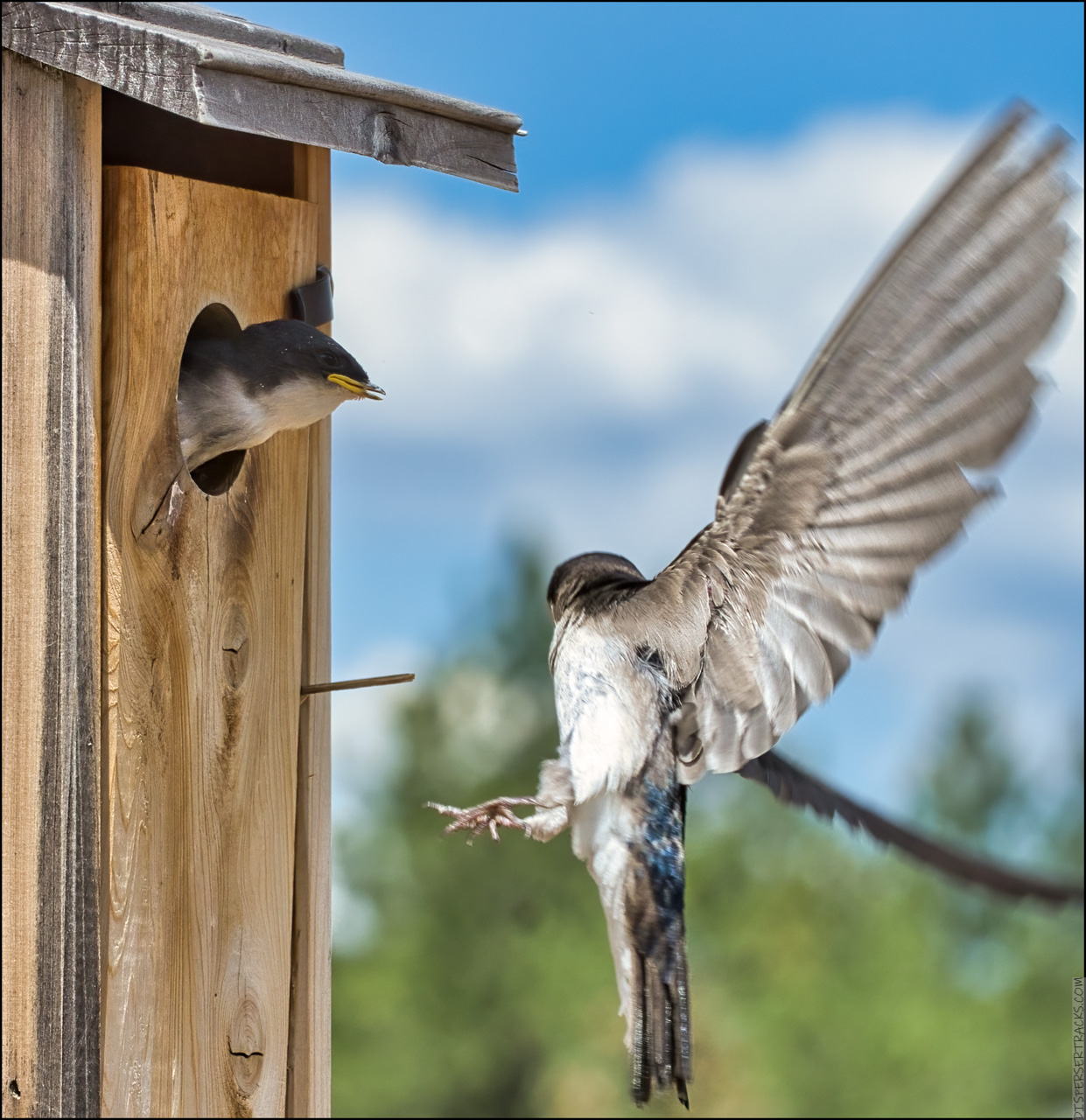 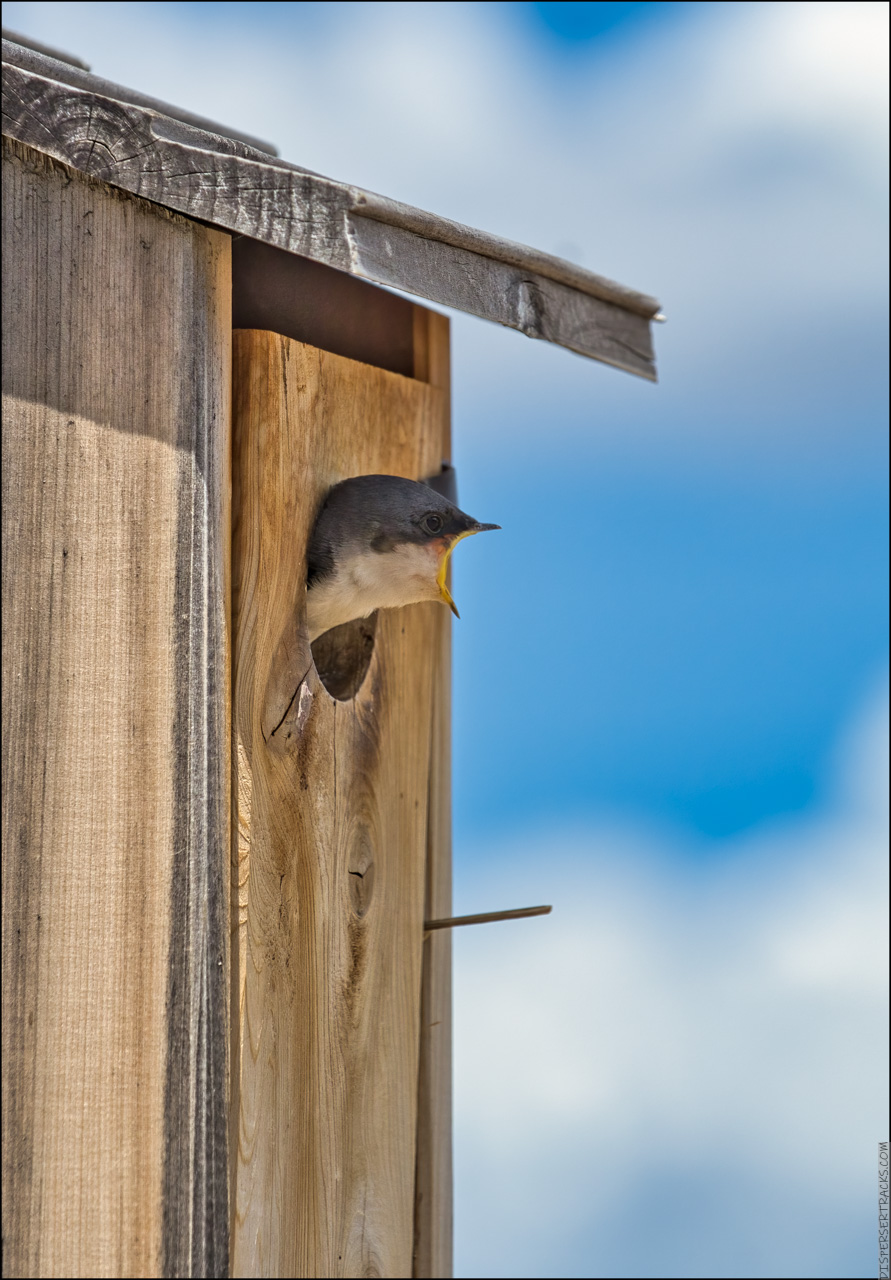 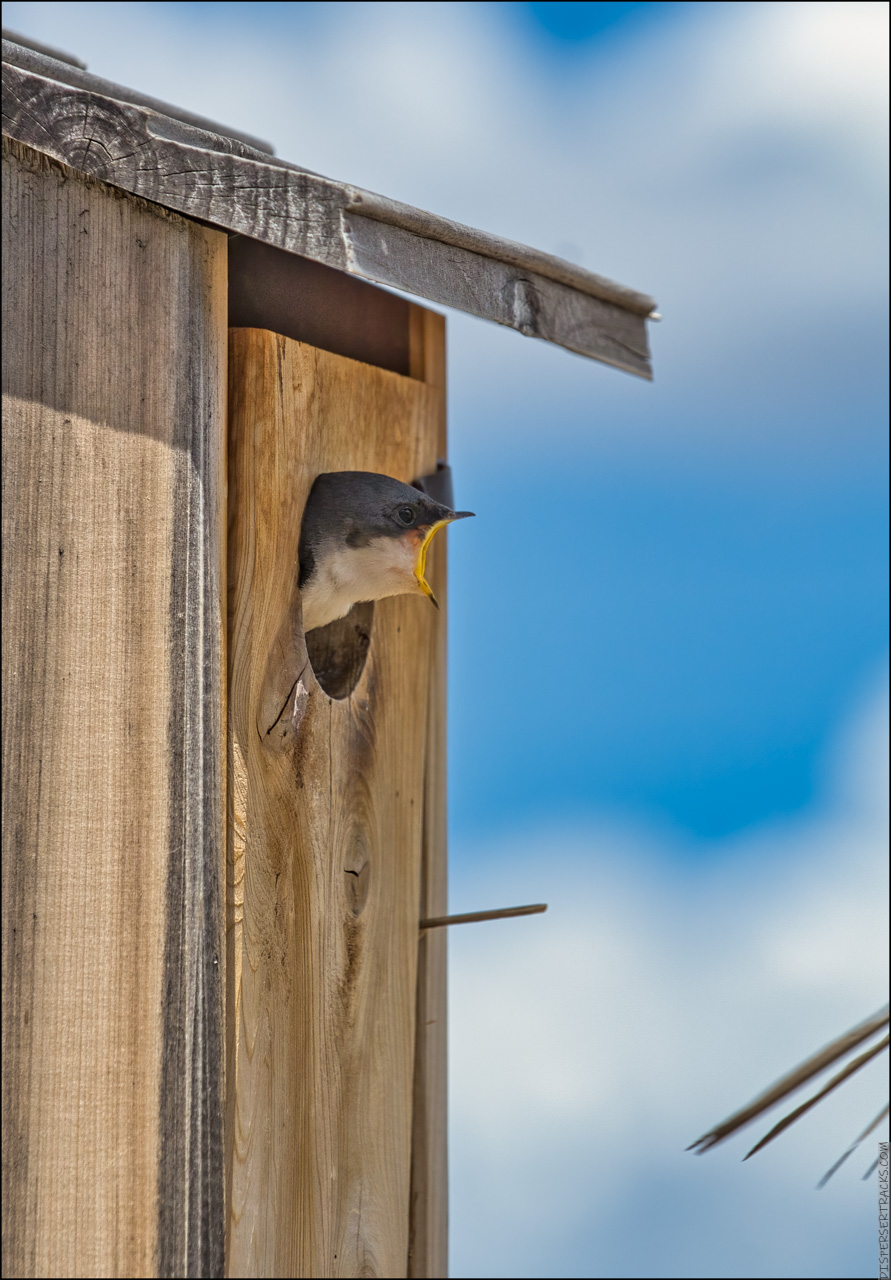 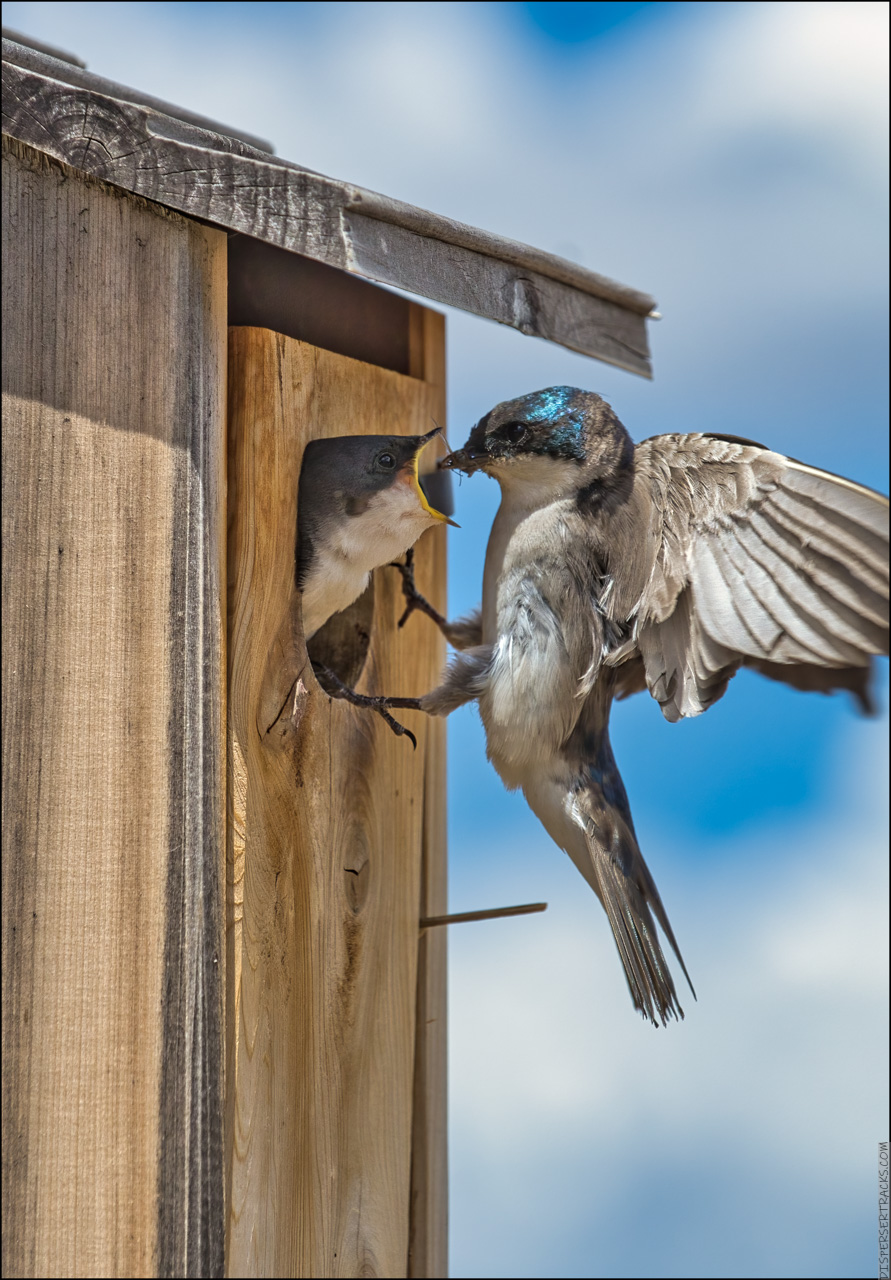 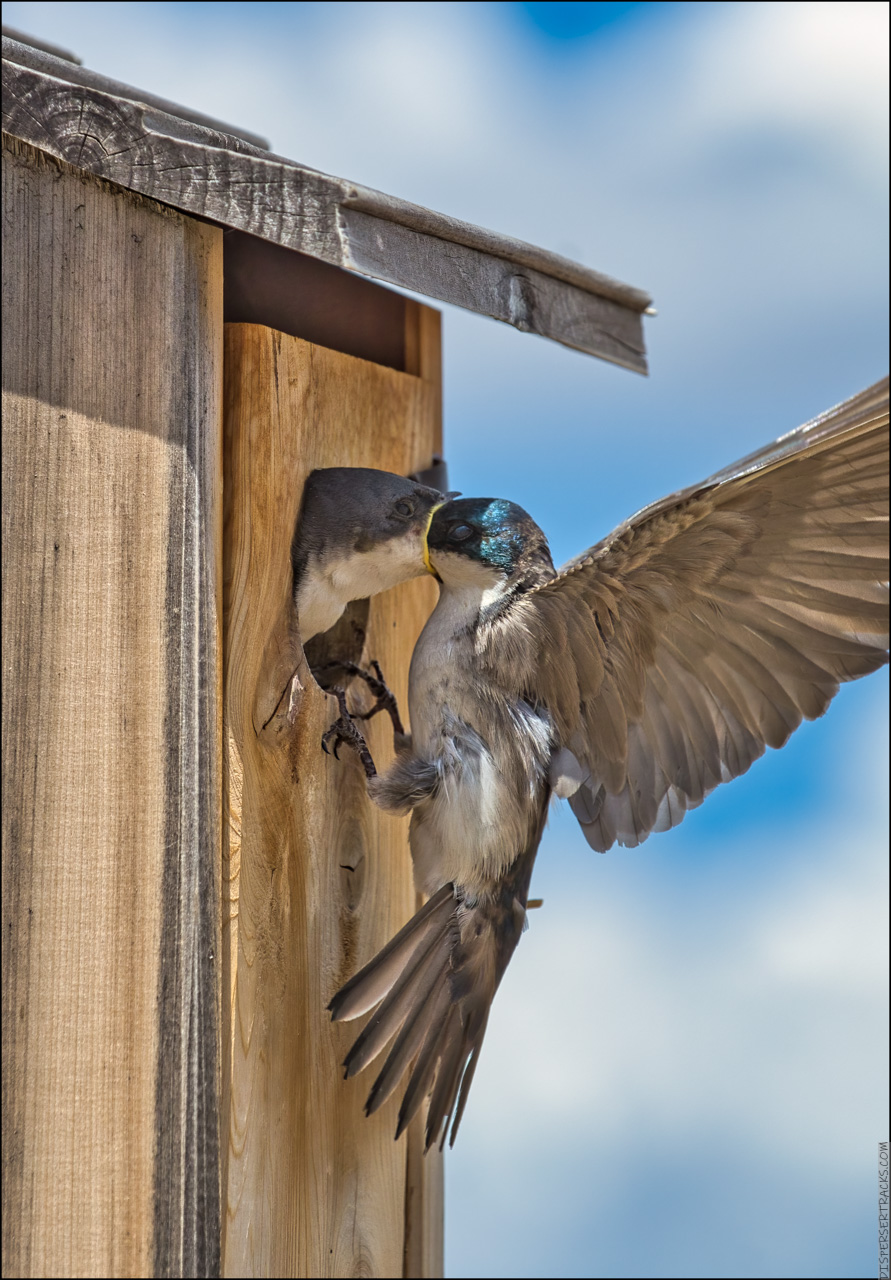 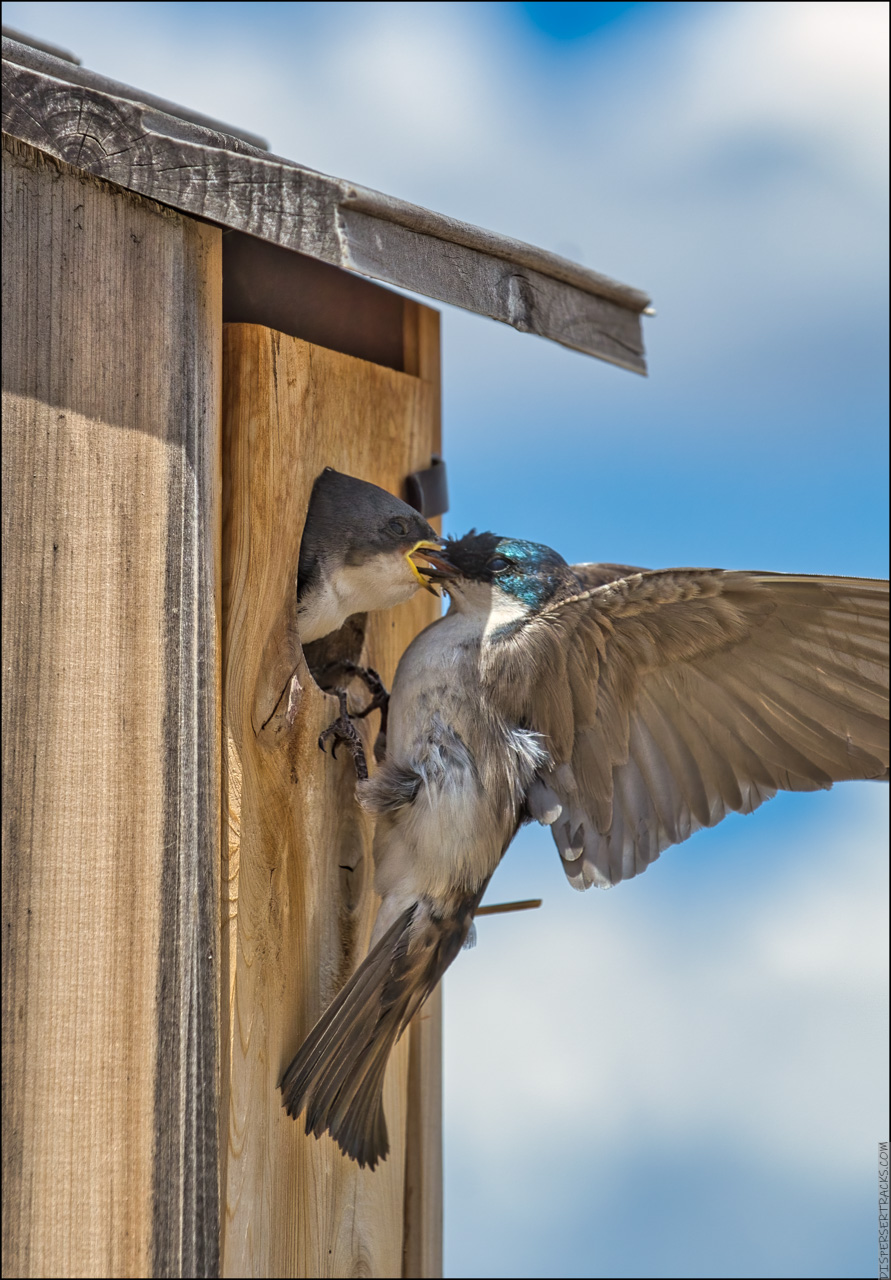 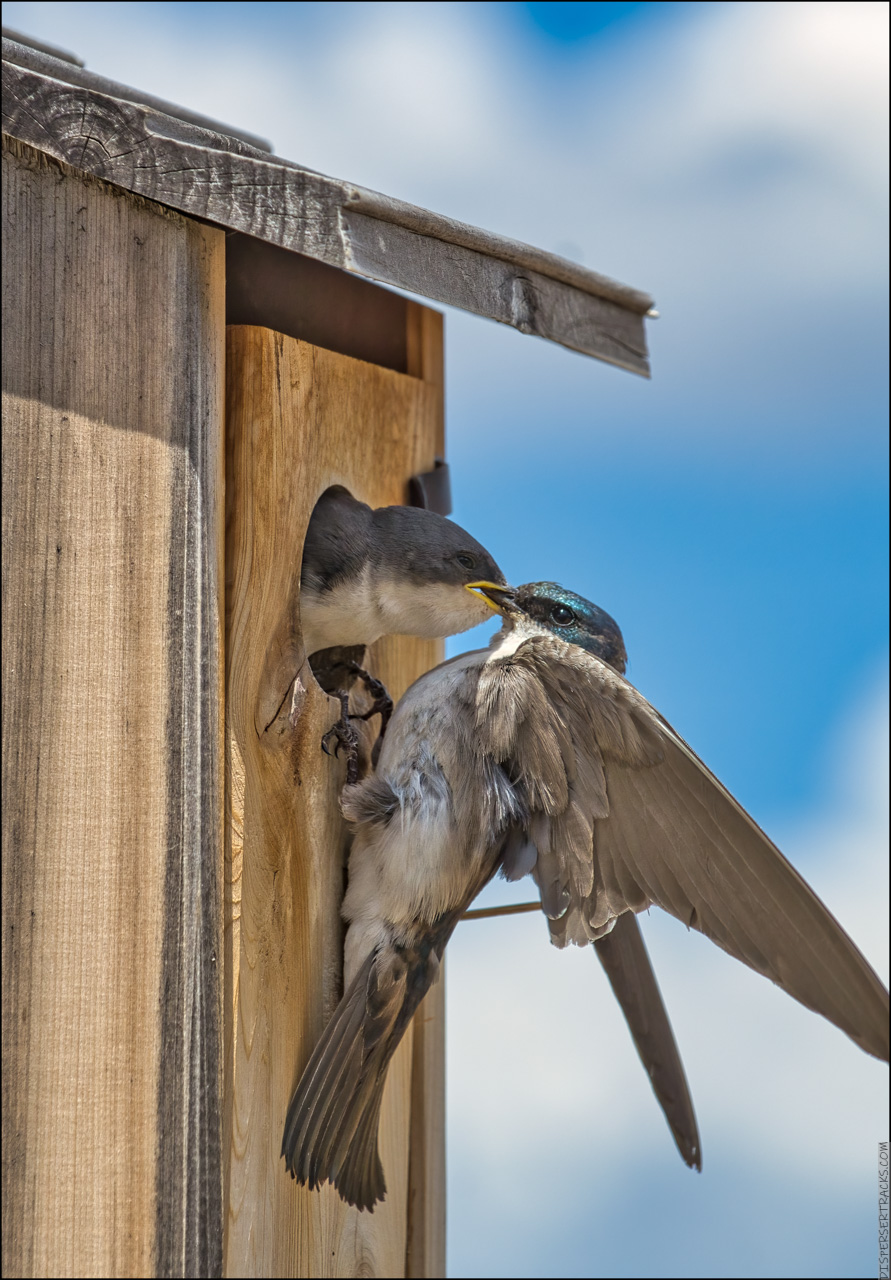 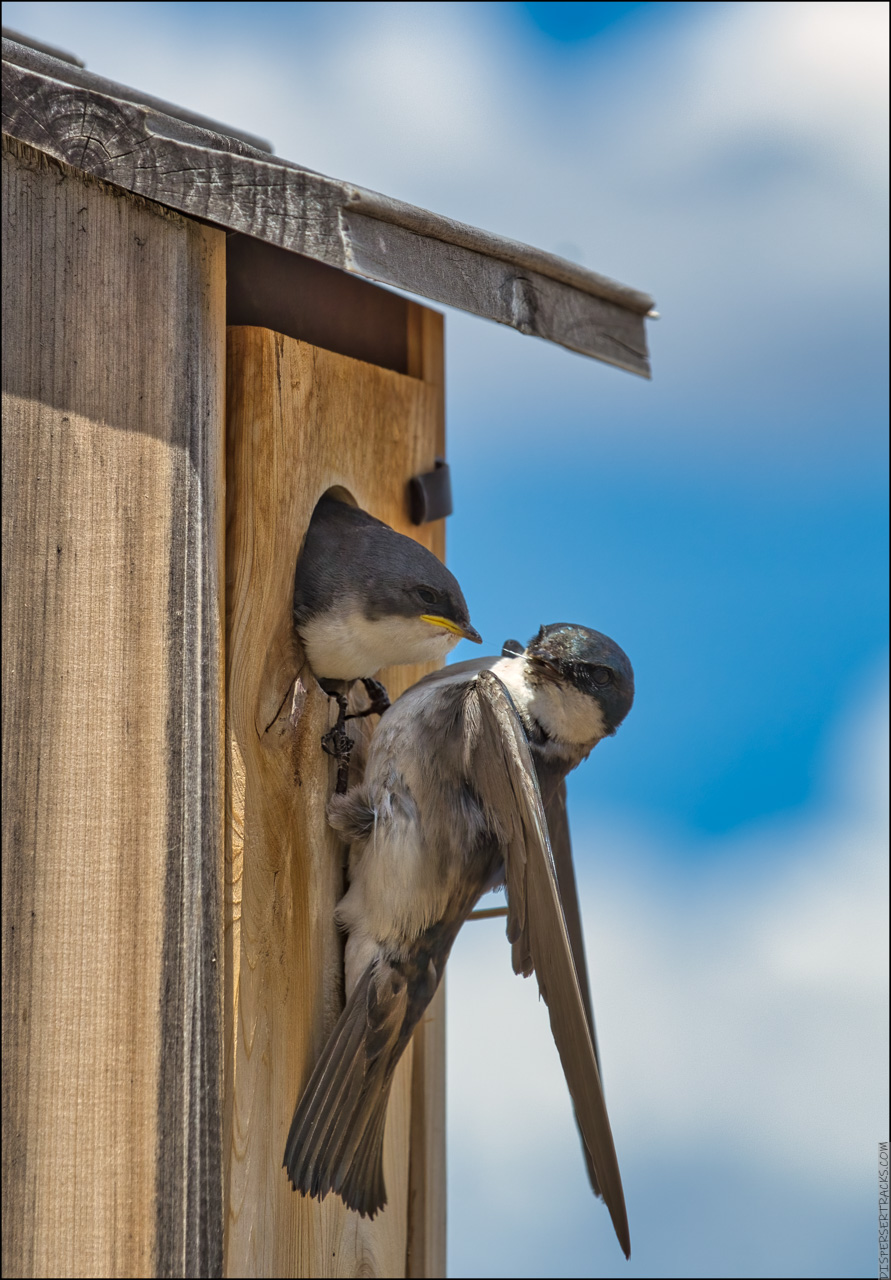 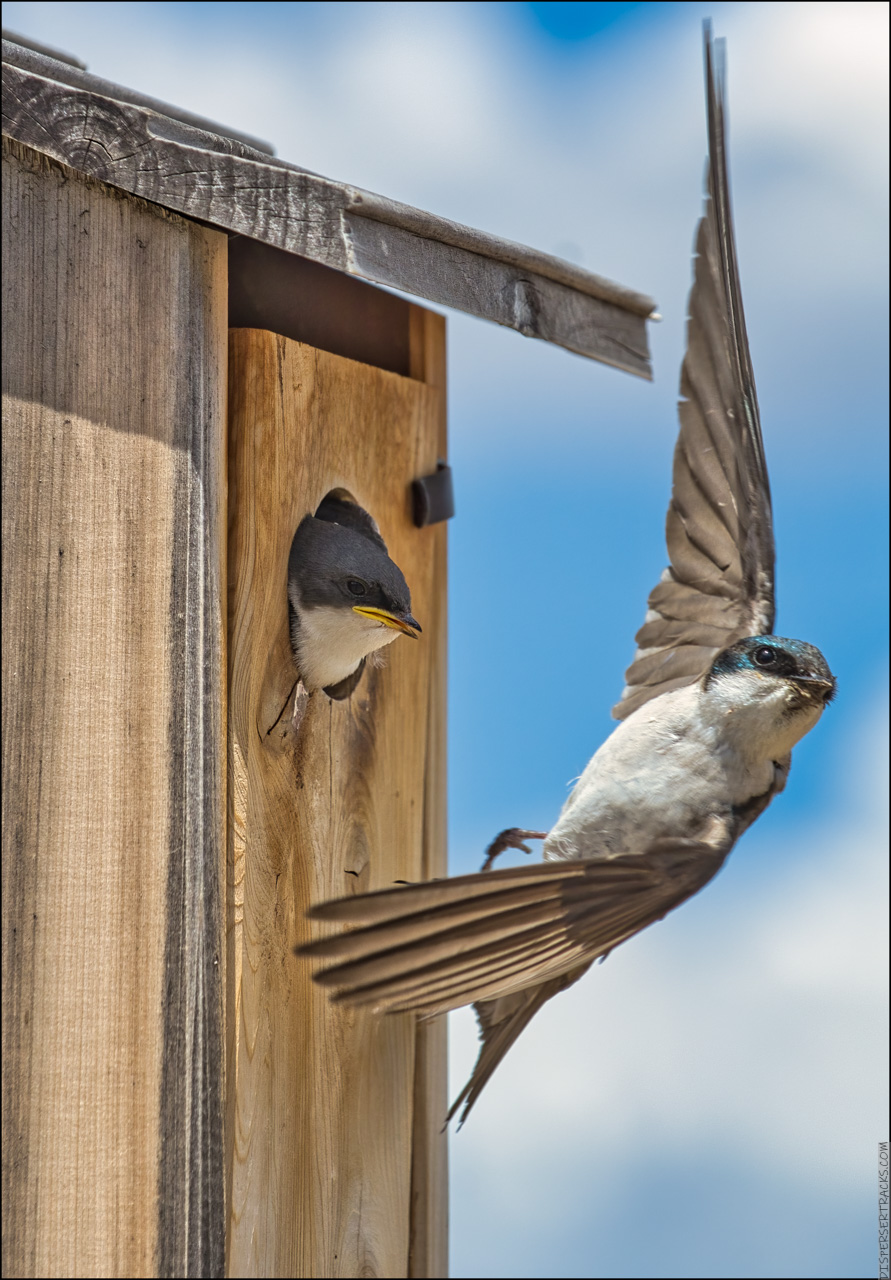 The 2012 Tree Swallow post with these photos and longer narrative (and videos) is at this LINK. The comments on that post also has a discussion about photographing birds and building bird houses. A couple of the links with plans are probably dead, but THIS link about bird houses sizing still works. 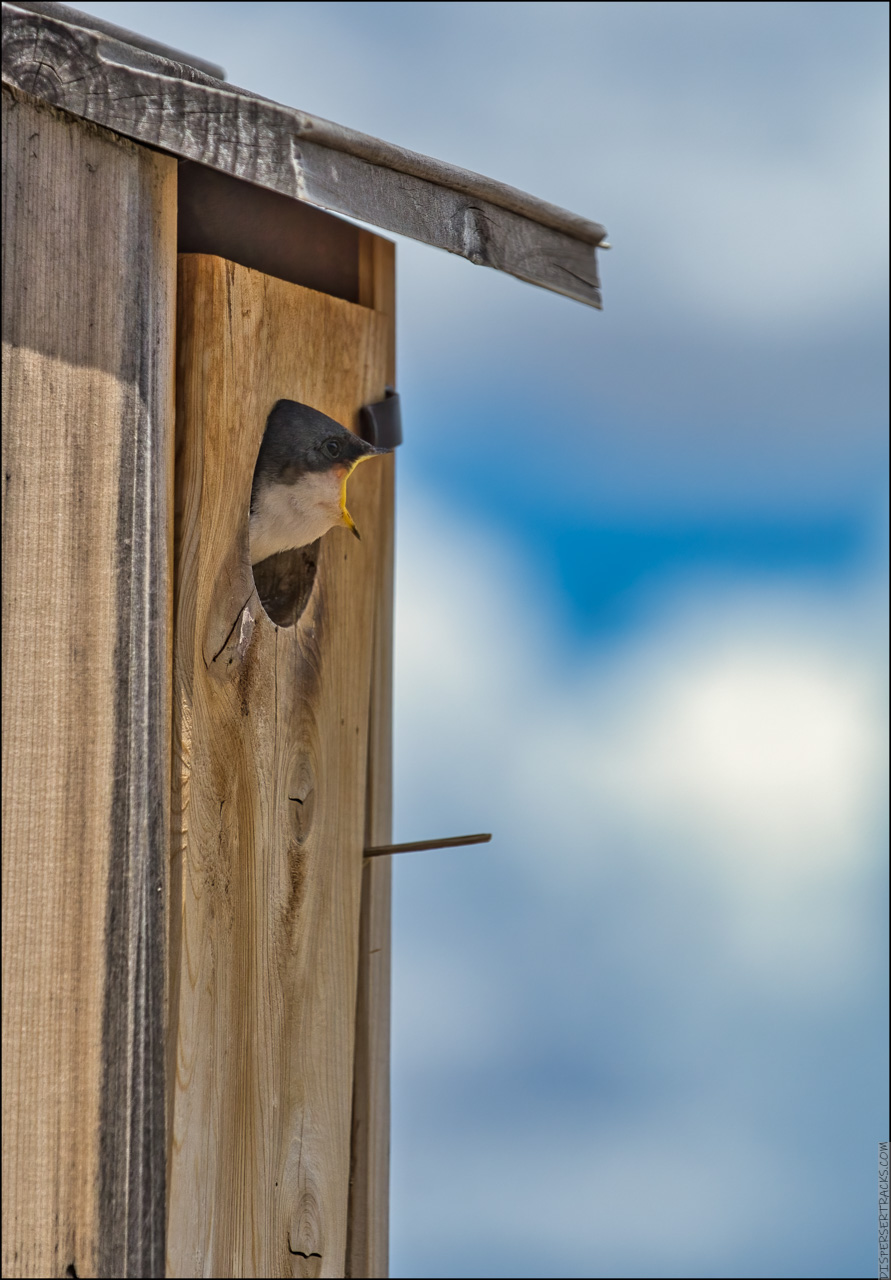 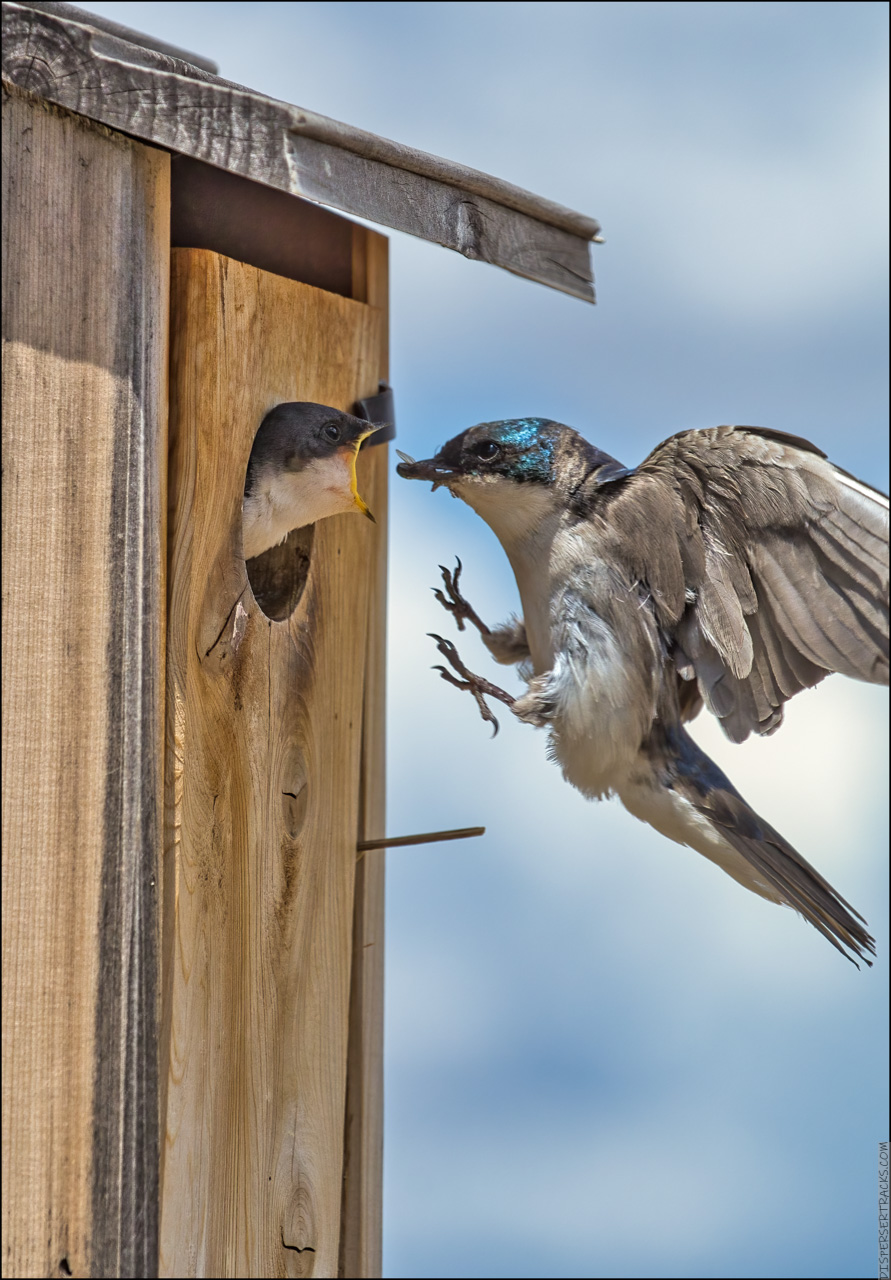 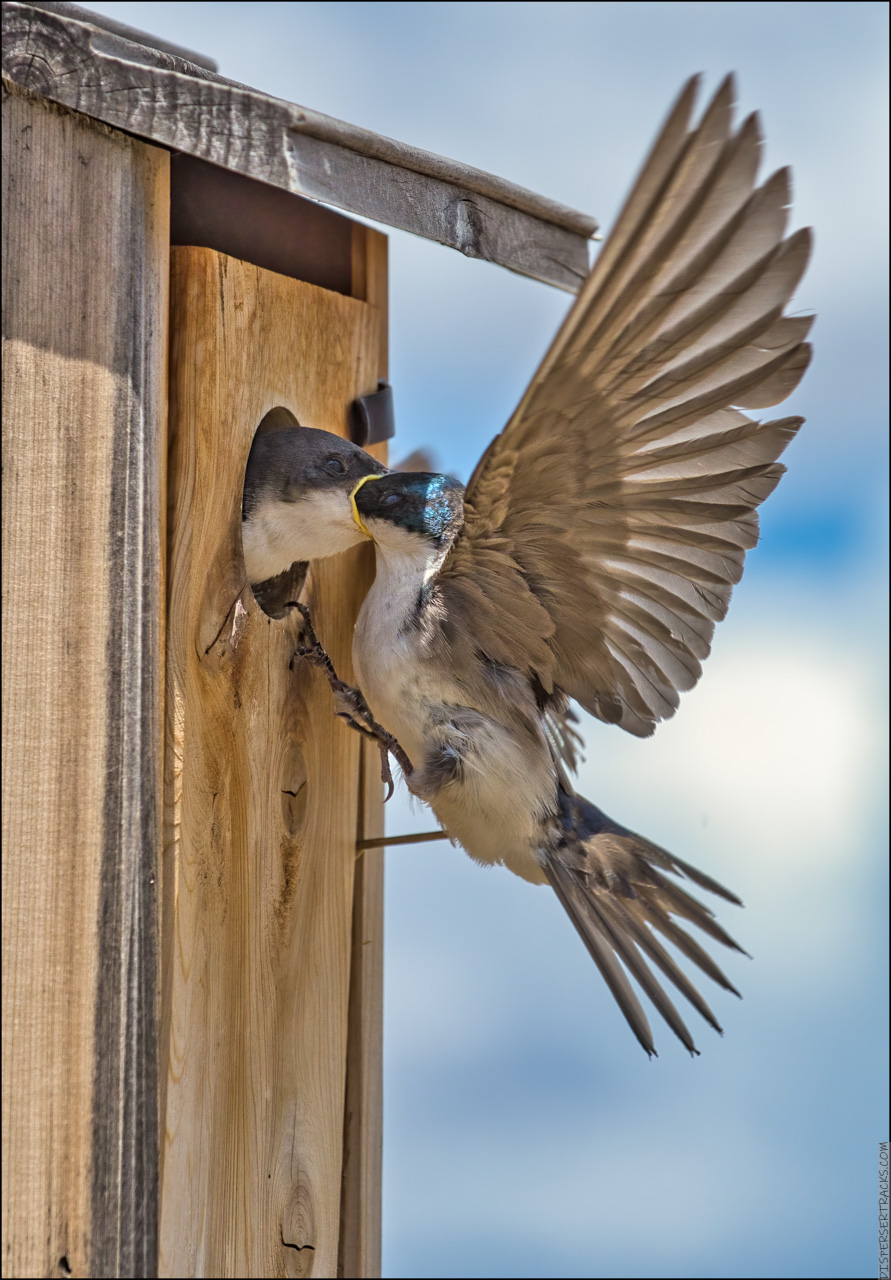 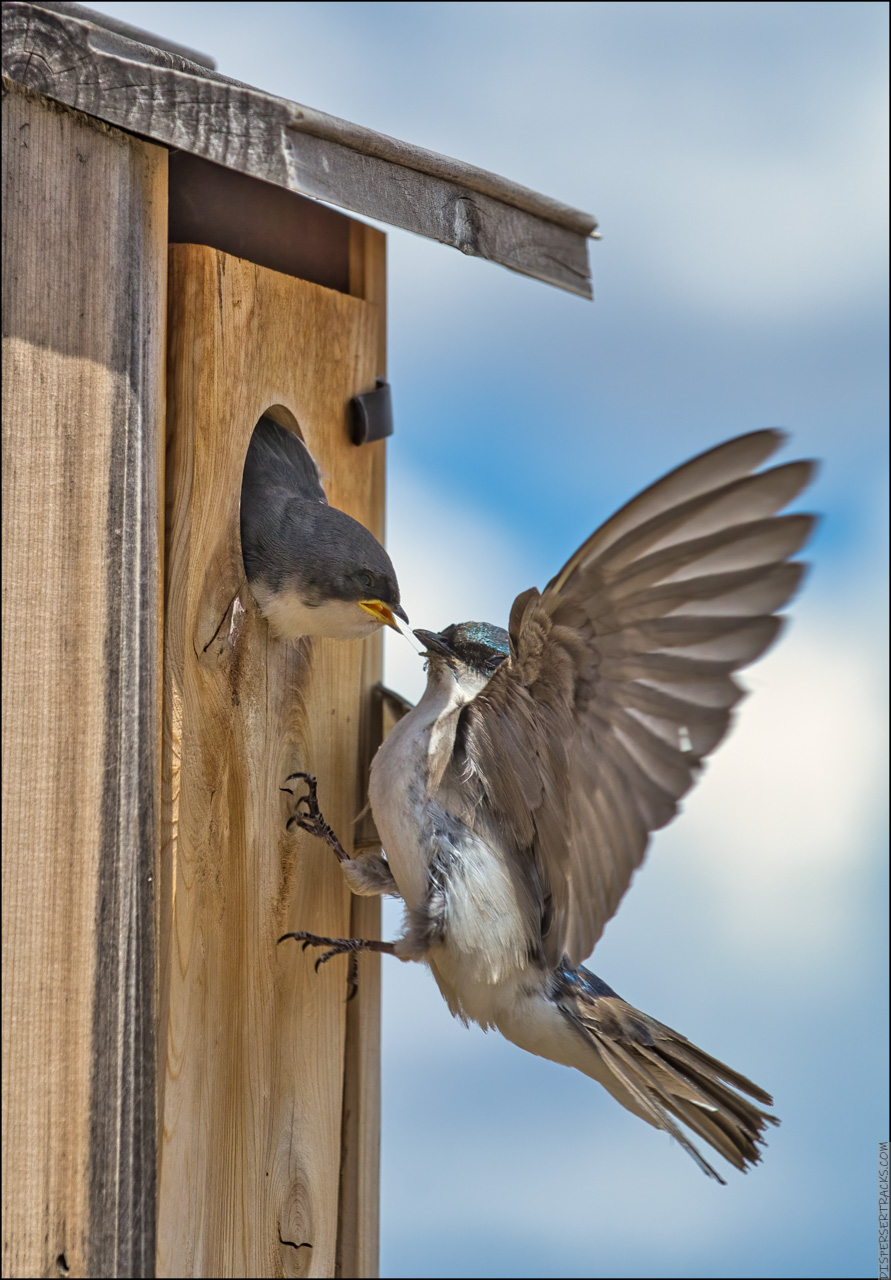