Today begins a series of excellent photos of tree swallows tending their broods, which will be posted from time to time; they were taken by Emilio d’Alise, whose notes and IDs are indented. Click on the photos to enlarge them.

As I mentioned, the birdhouse is sized for Bluebirds, which are smaller birds, so the typical Tree Swallows brood of 5-7 makes for a pretty tight fit just before they fledge. Early on, the adults will enter the nest to feed the chicks. 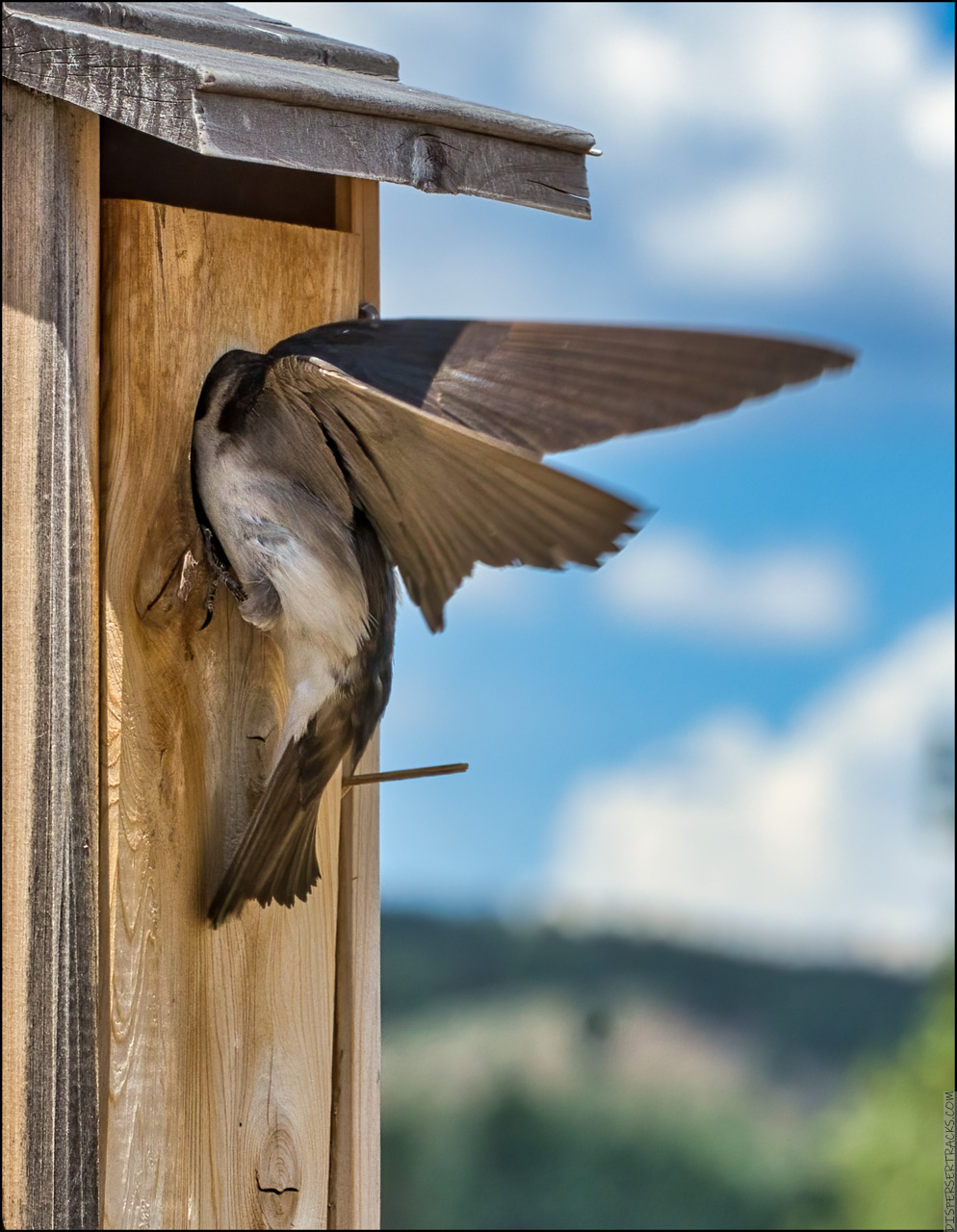 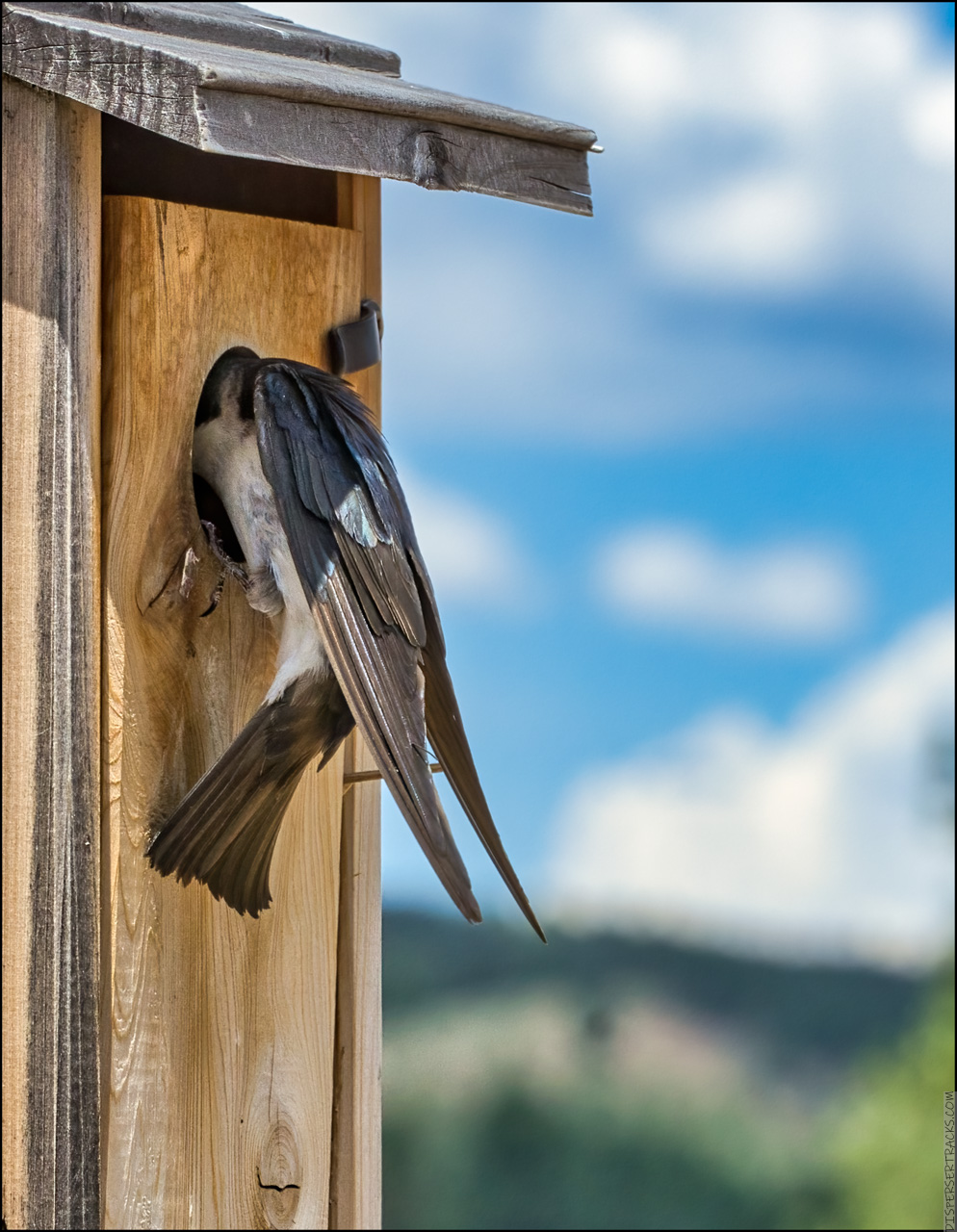 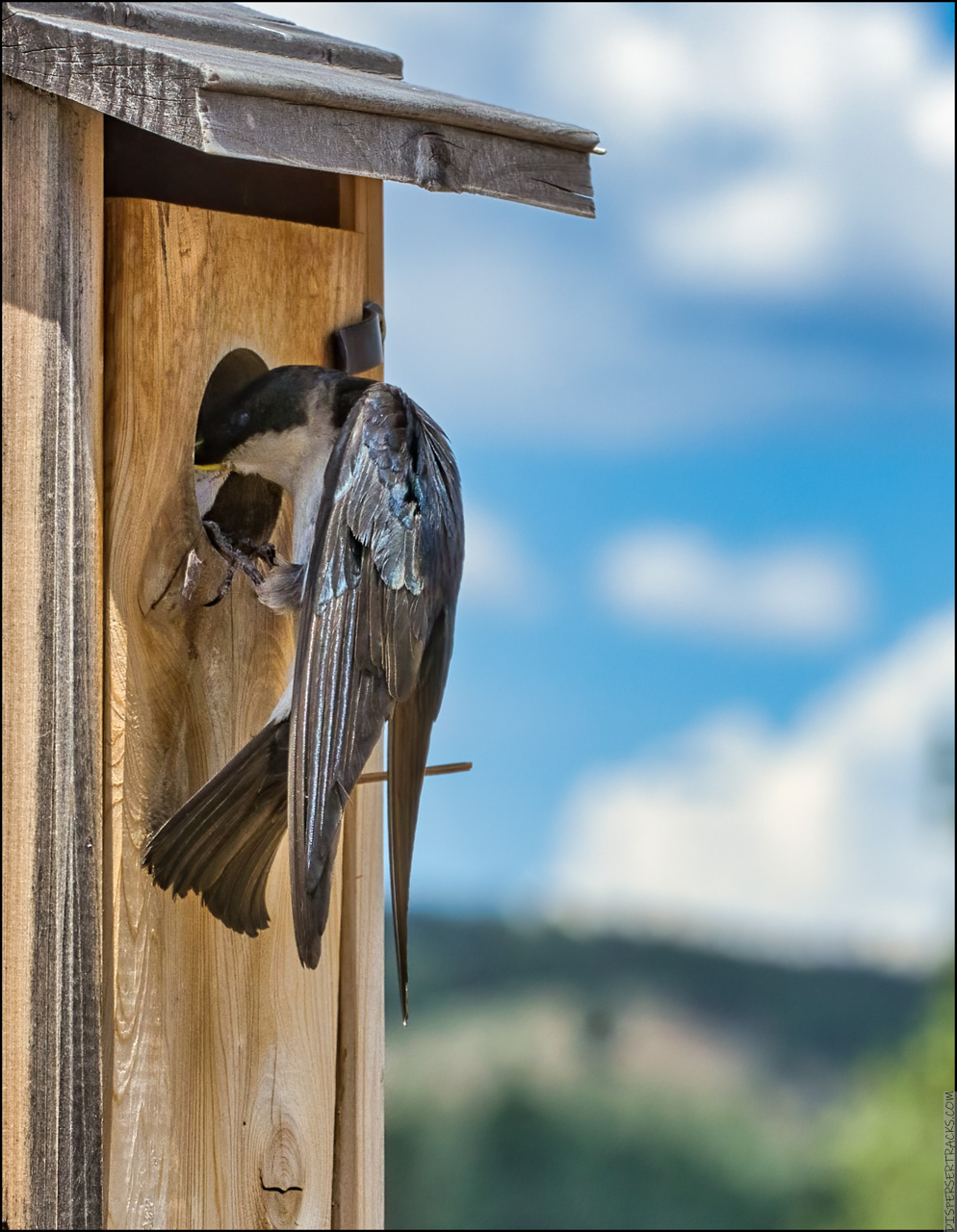 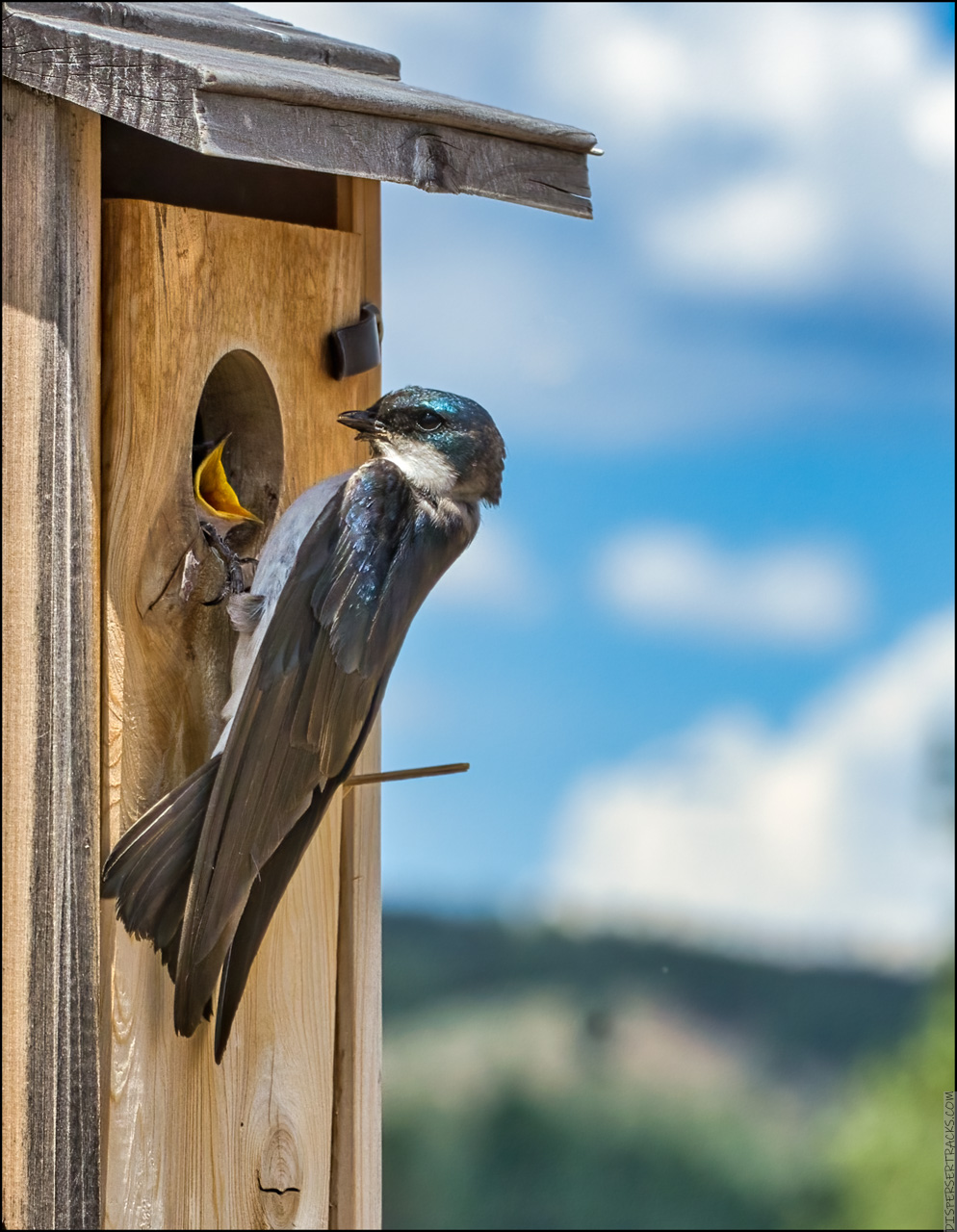 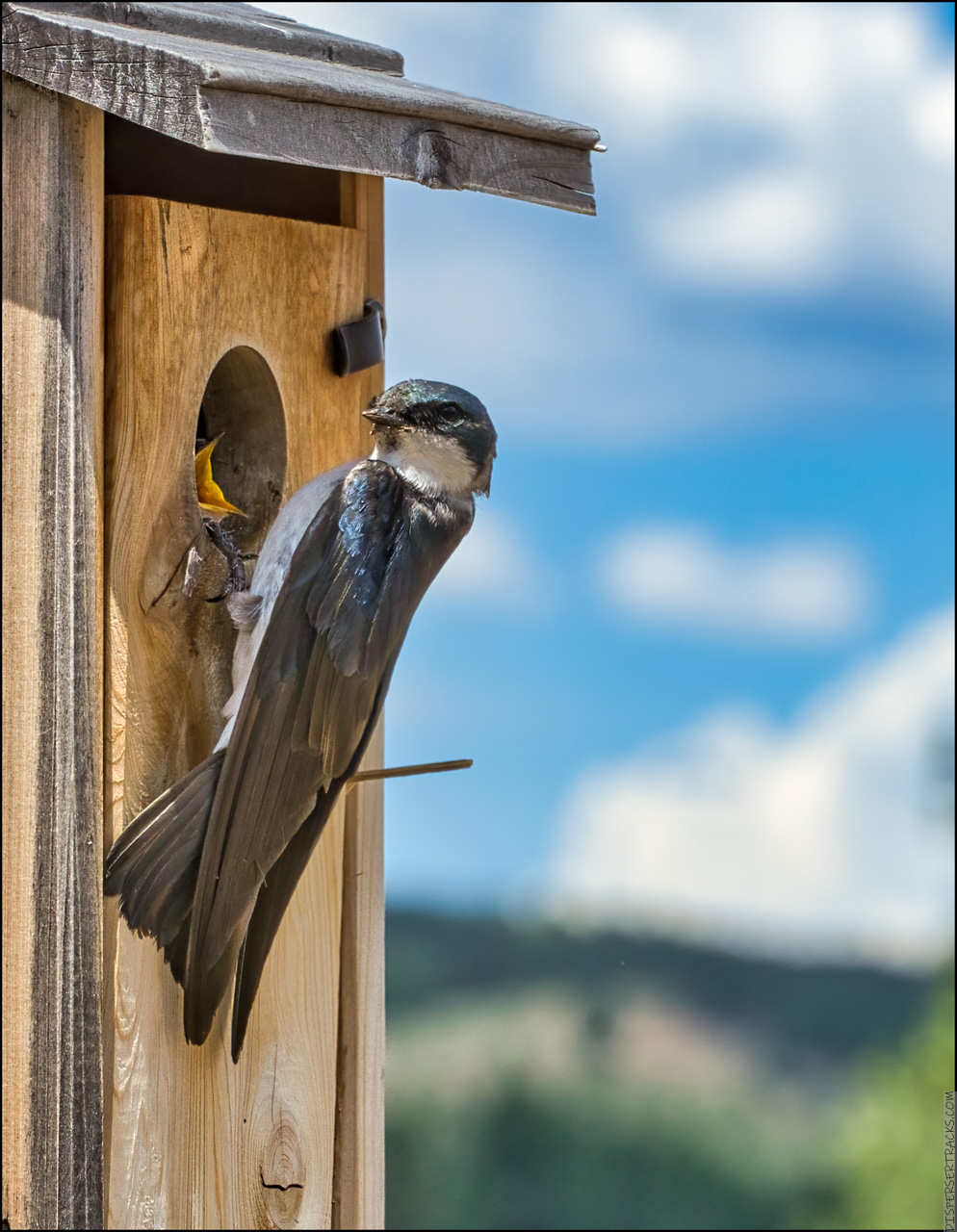 Once large enough, the chicks fight for position at the entrance. This sequence of photos — again, from 2012 — shows one bird displacing another at the entrance and scoring a tasty bug (at least I assume it’s tasty to them). 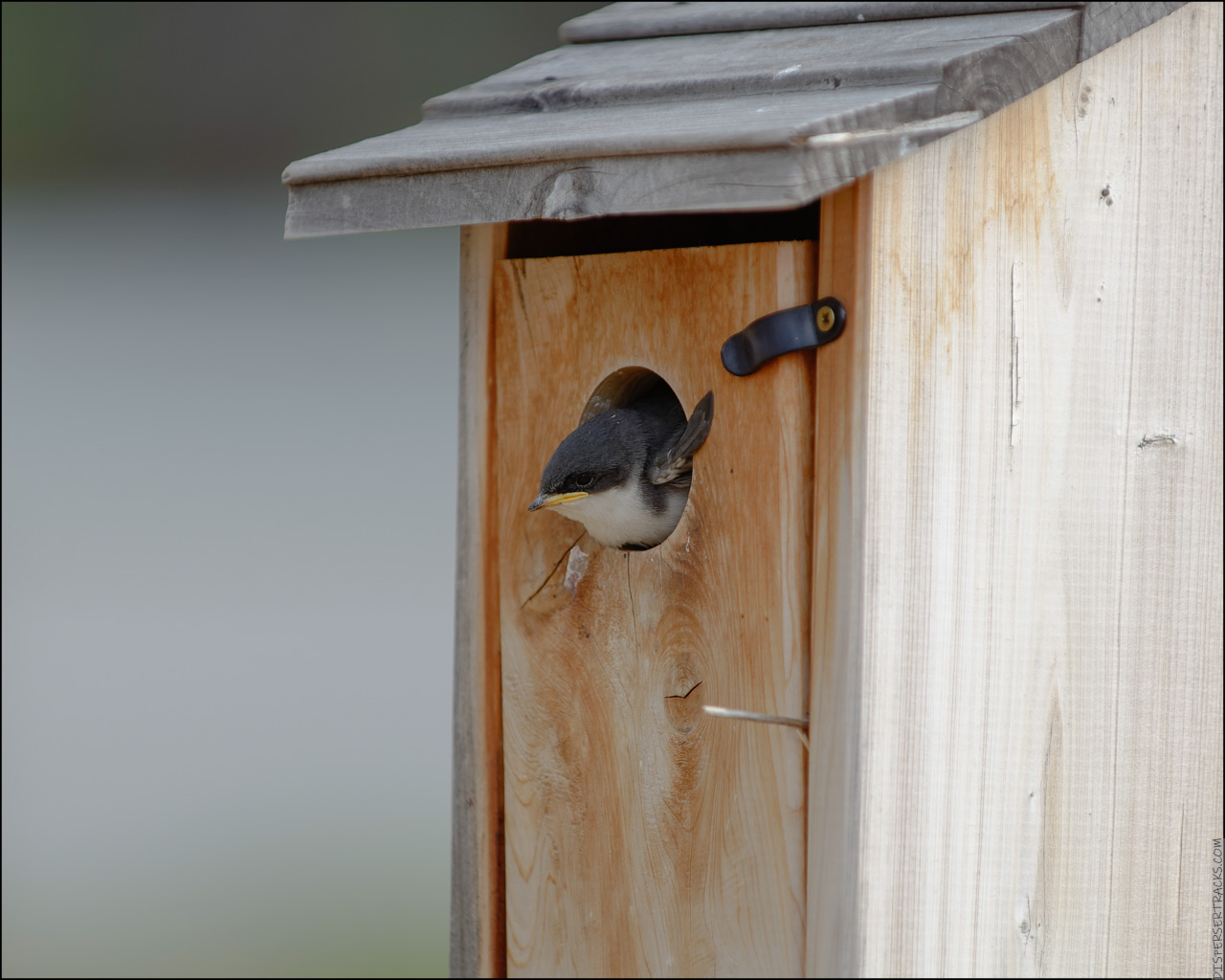 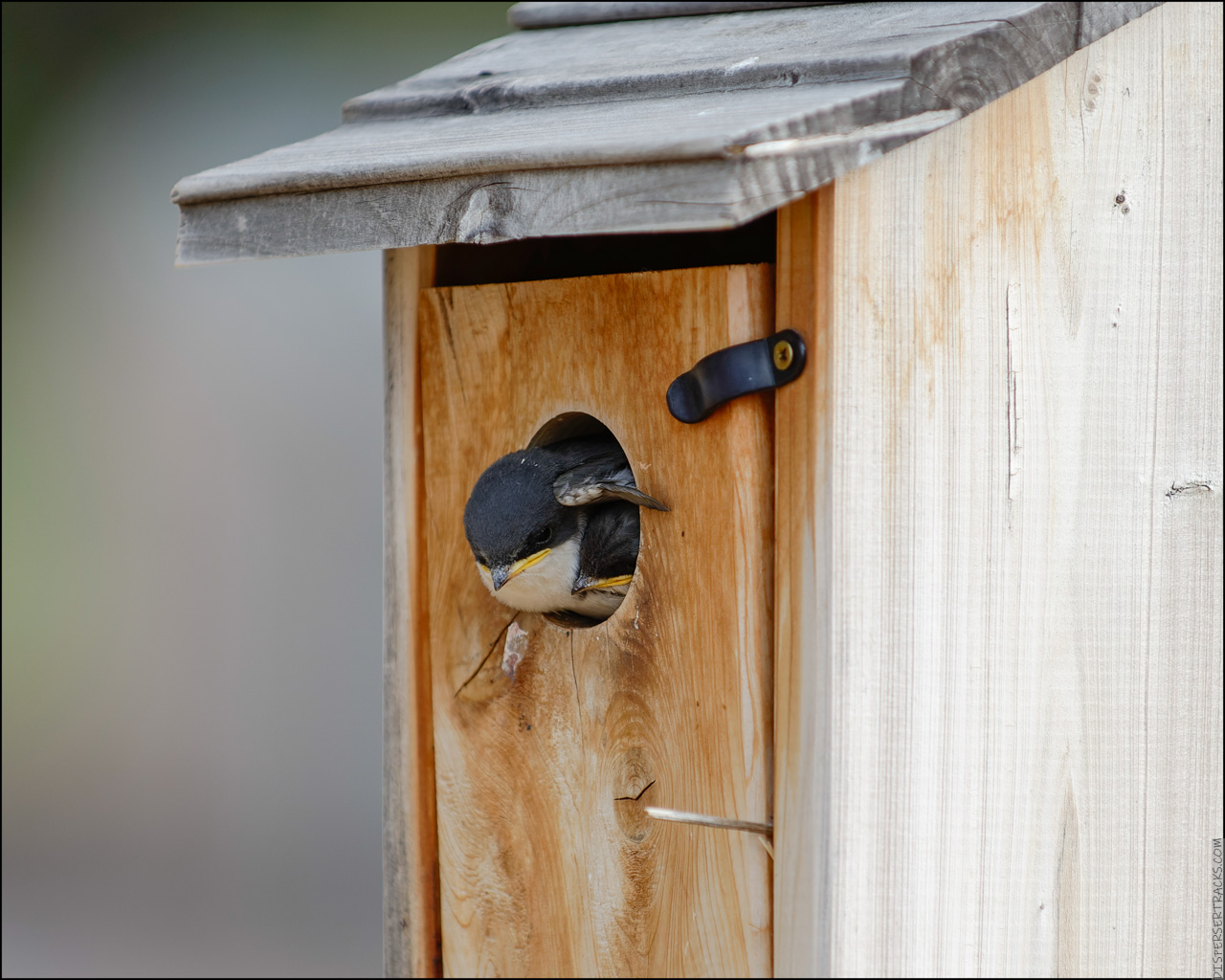 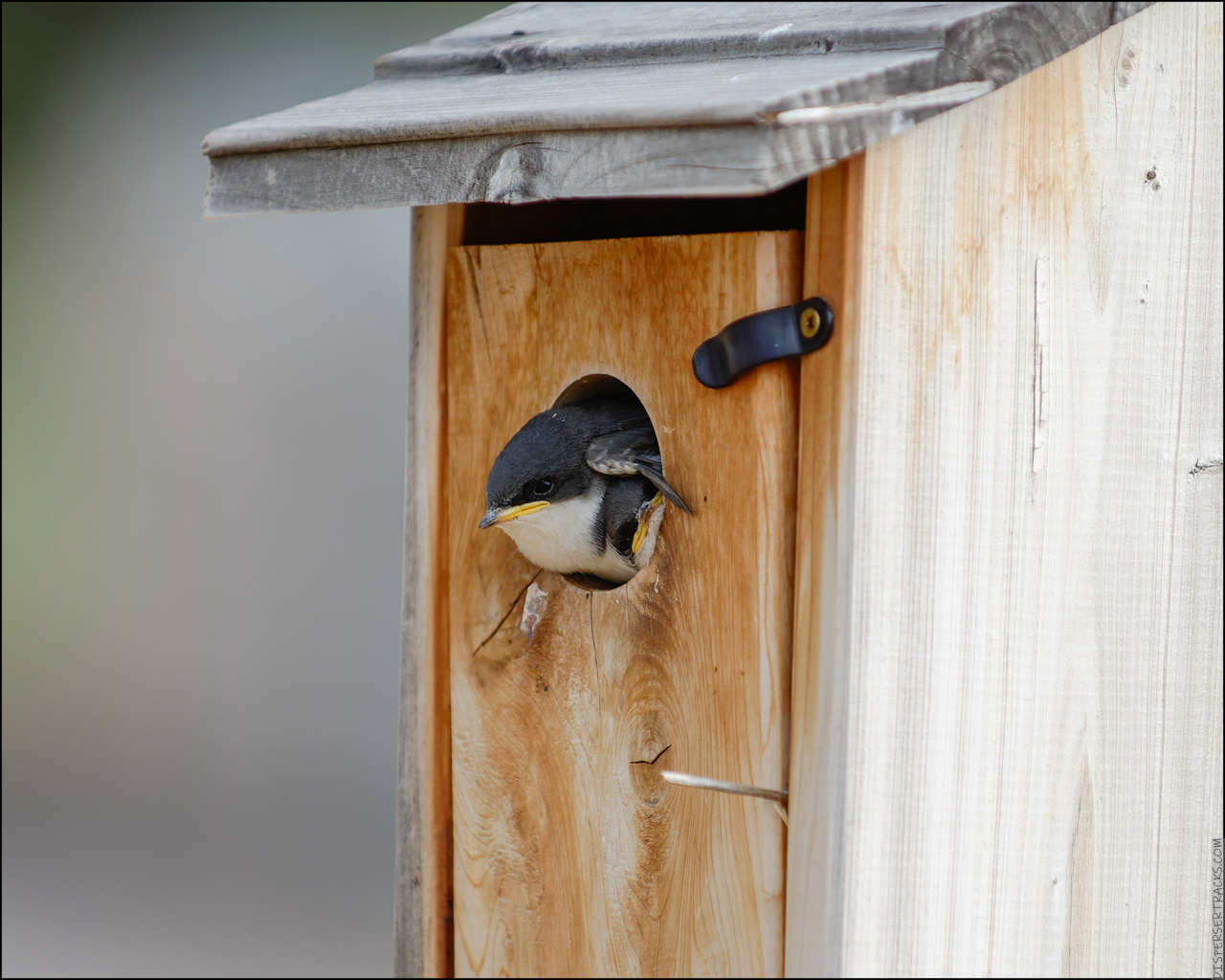 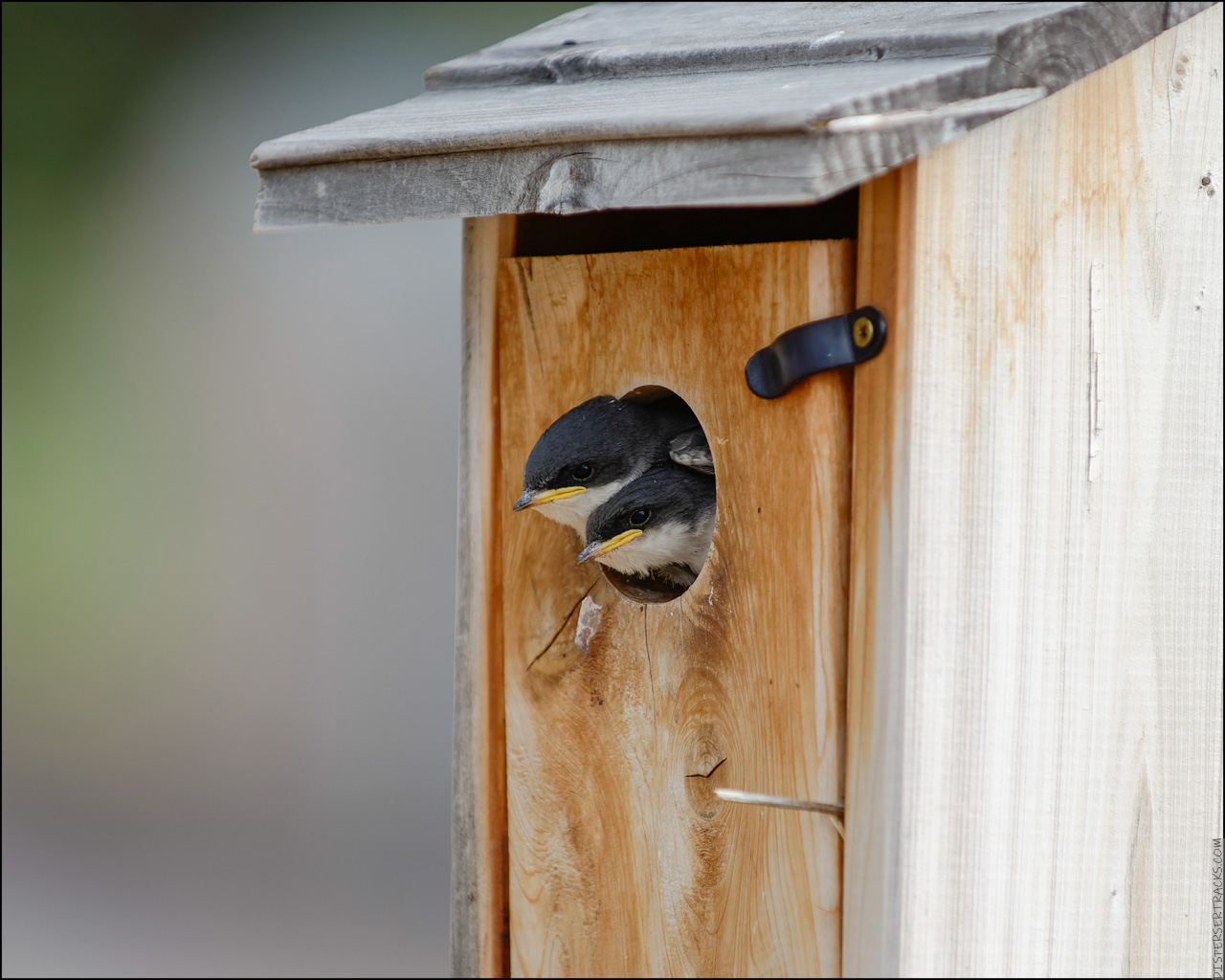 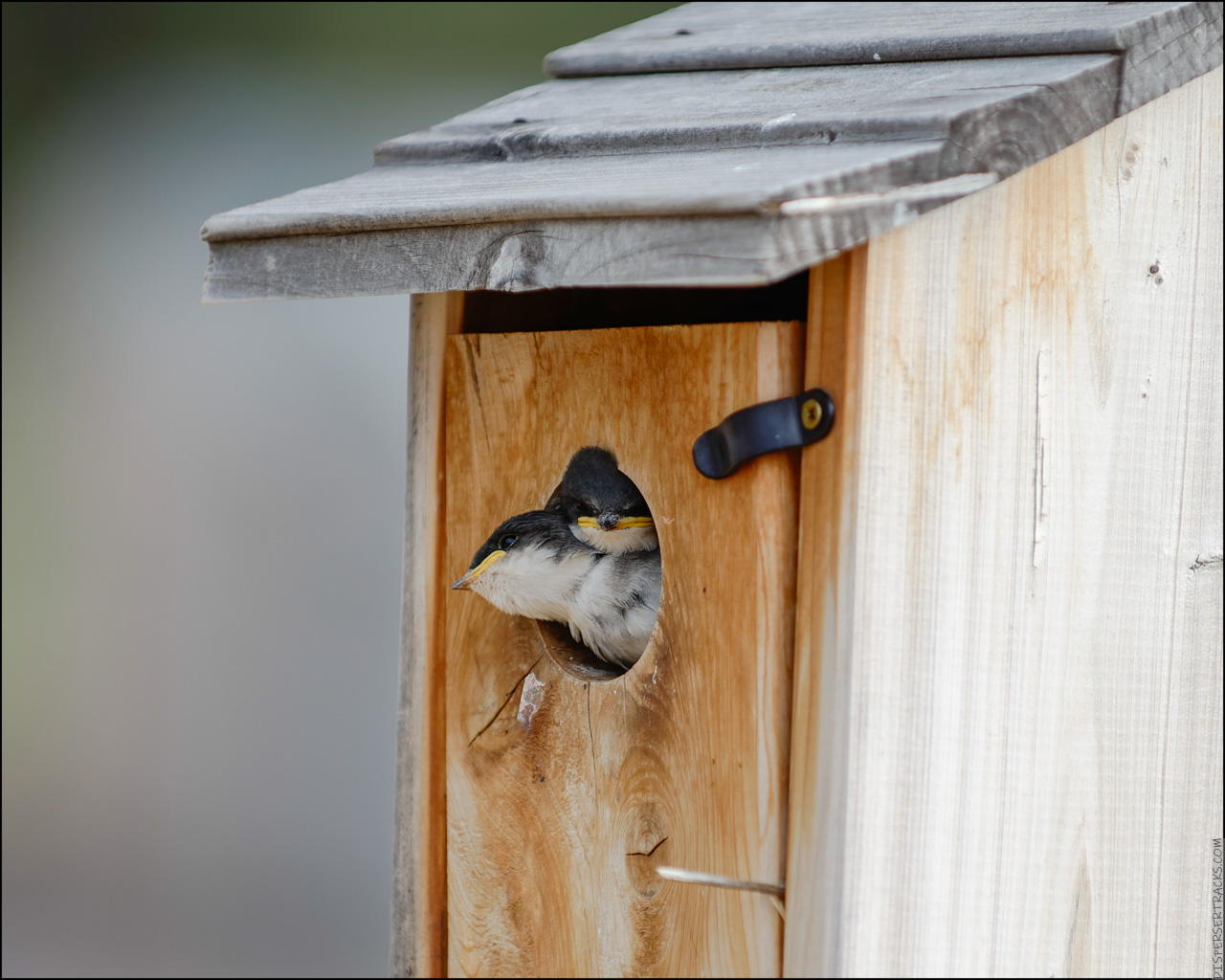 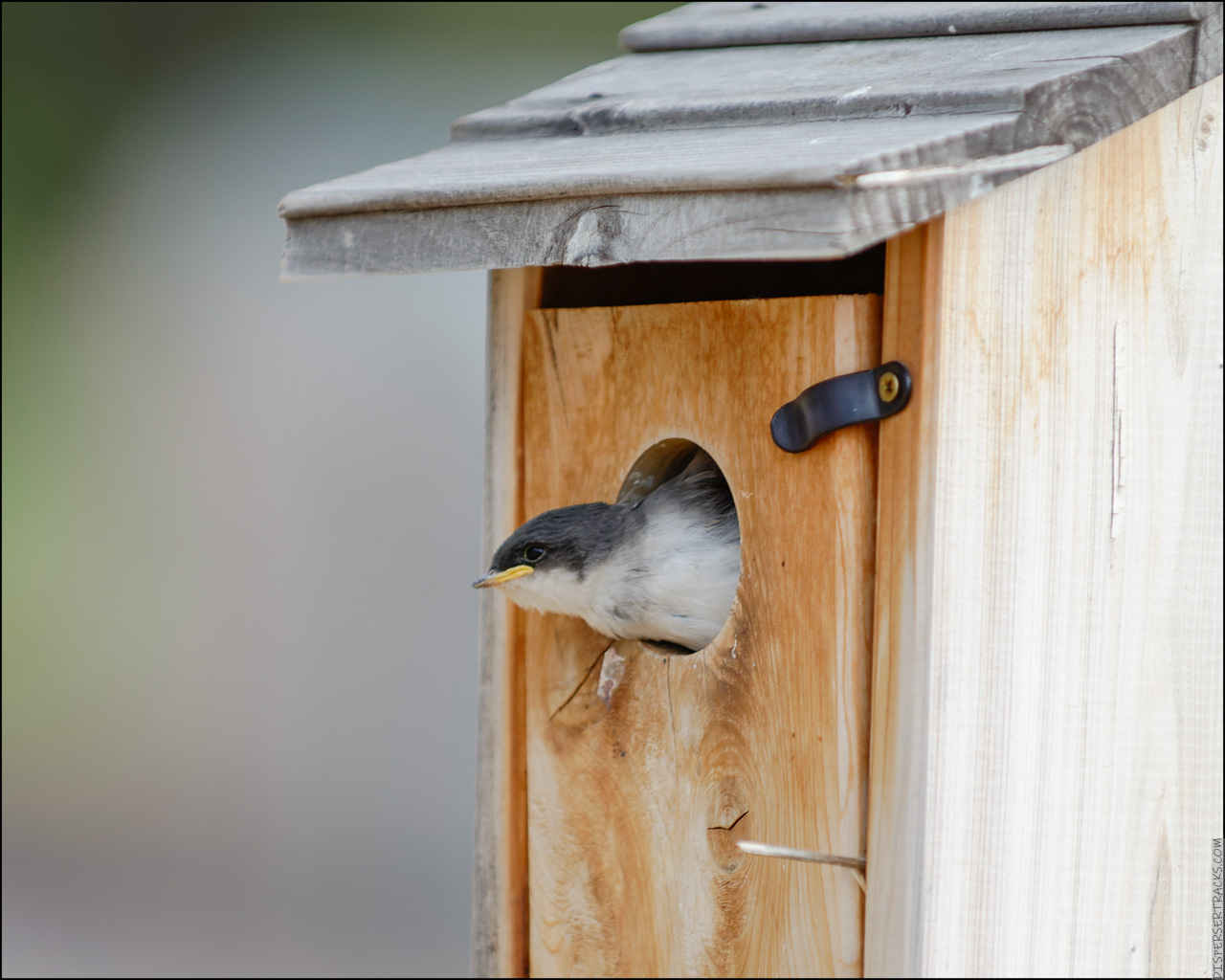 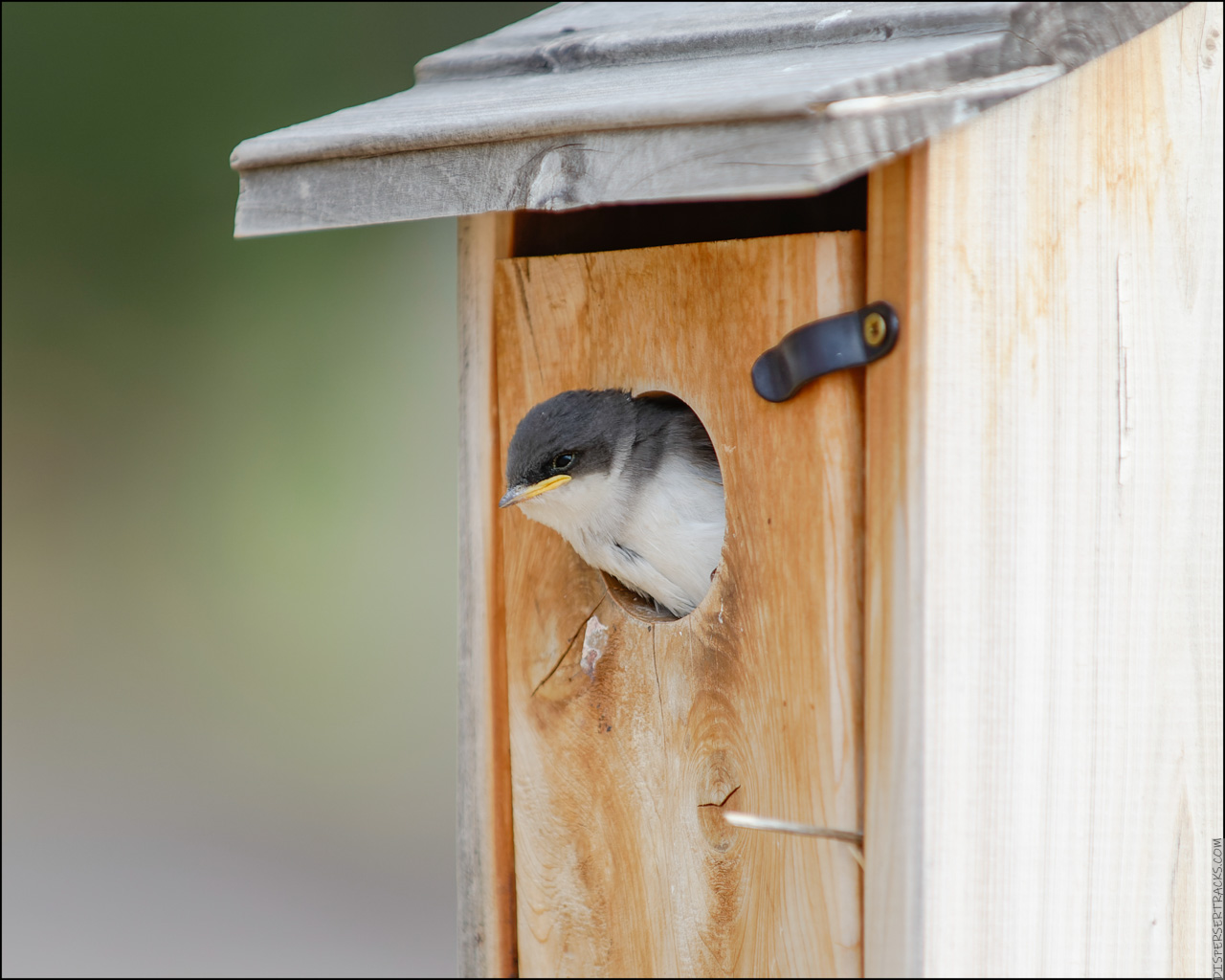 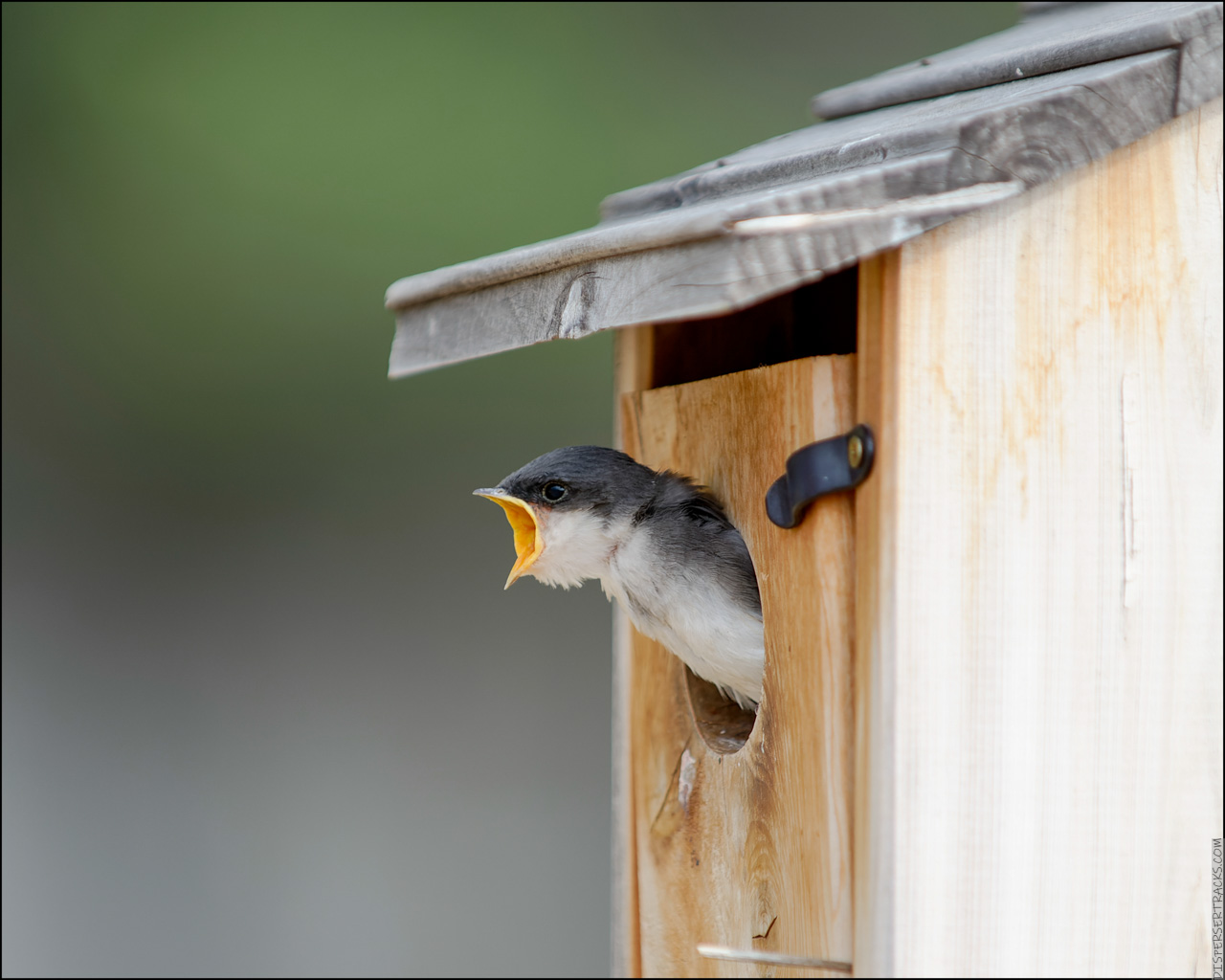 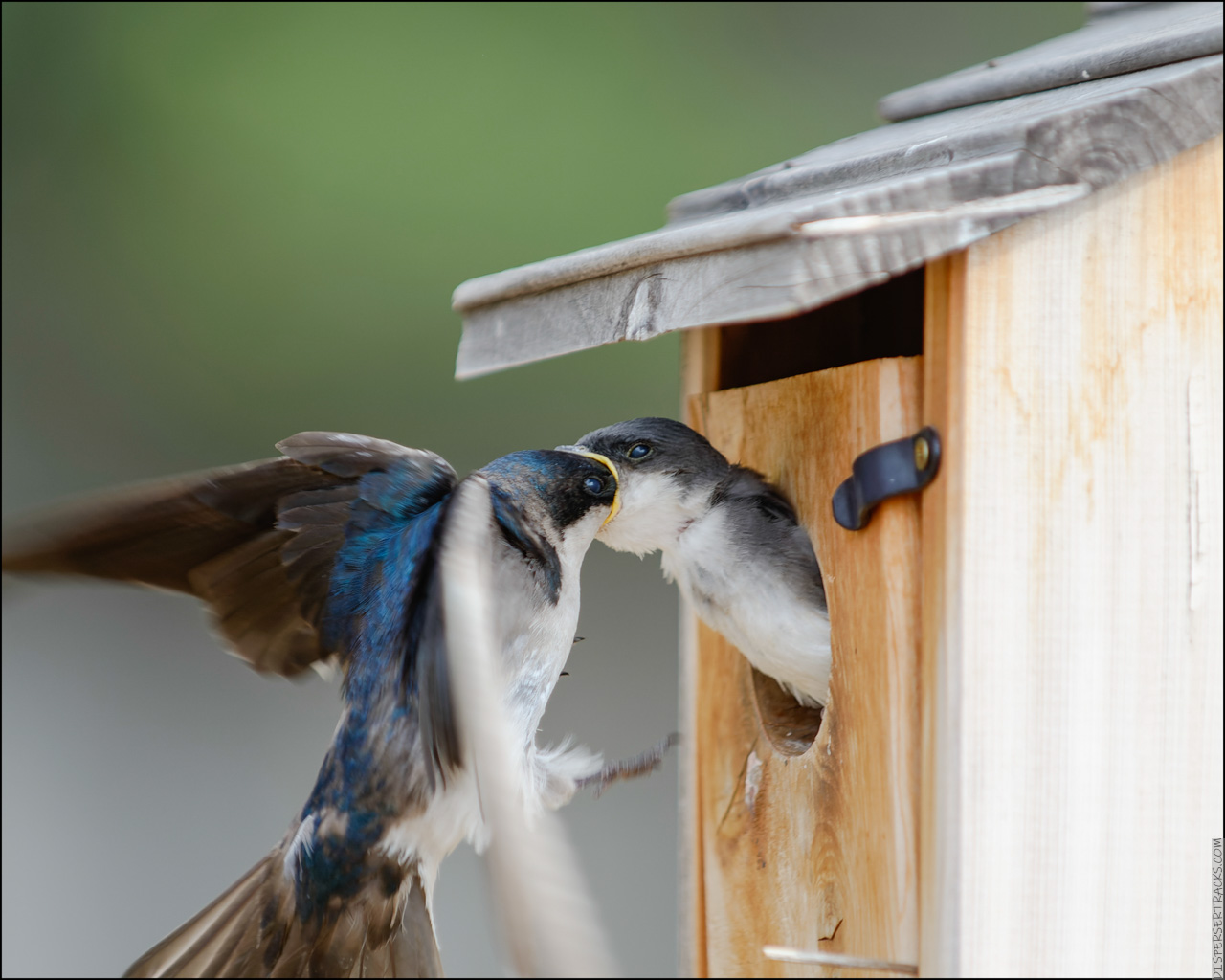 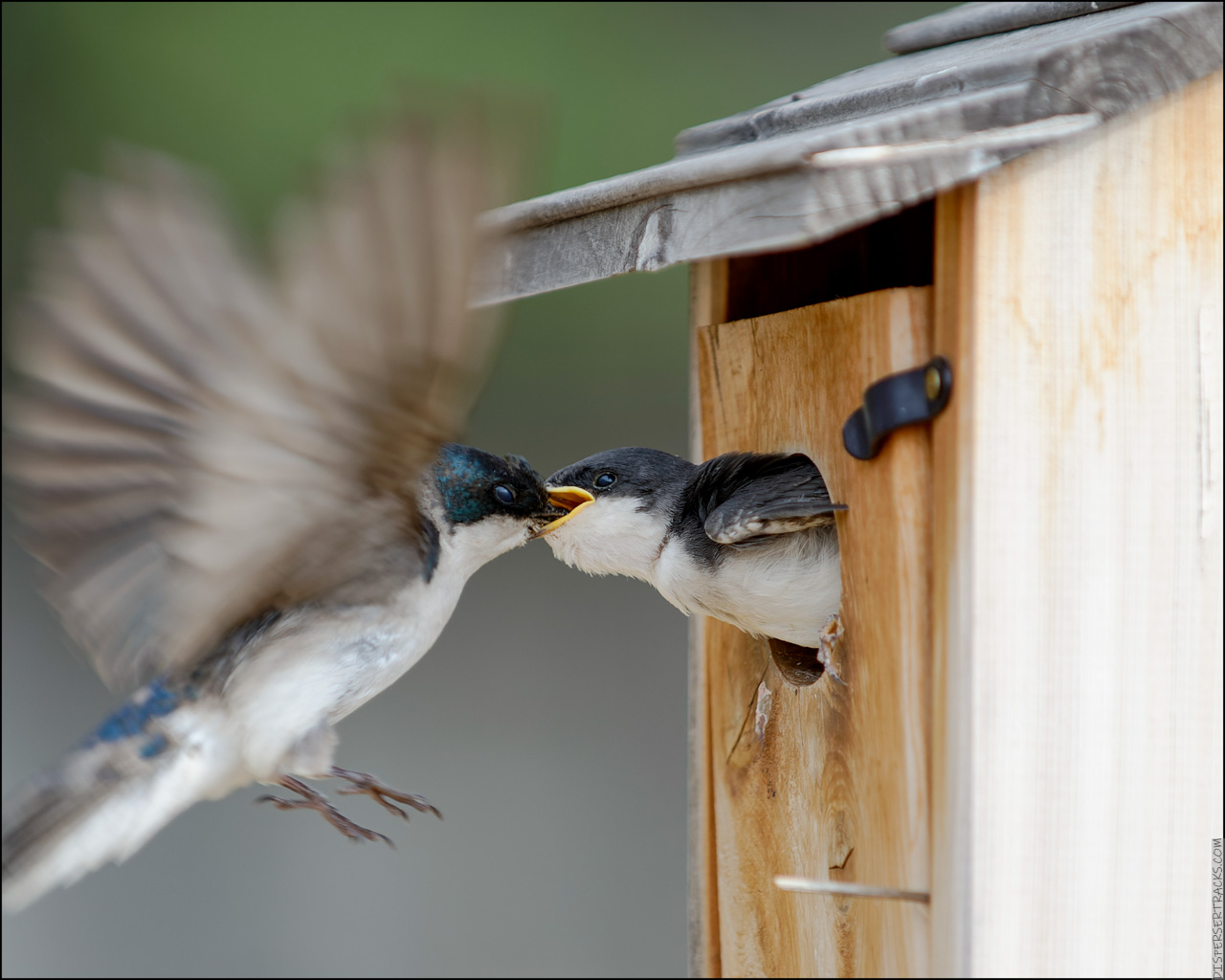