Please send in your wildlife photos AND PHOTOS OF YOUR POLYDACTYLOUS CAT, if you have one (two photos please: cat and its paw, and please give name of cat and a few details). Thank you. The cats will be featured tomorrow.

Today’s wildlife photos come from Mark Sturtevant, whose ID’s and links are indented. You can enlarge his photos by clicking on them.

Here are pictures taken early in the 2020 bug season.

A friend down the street called to say their dog had a large tick on them, and would I like to have it? Yes I would! So off I went to collect it. As expected, this is the American dog tick (Dermacentor variabilis), well engorged with its last blood meal. 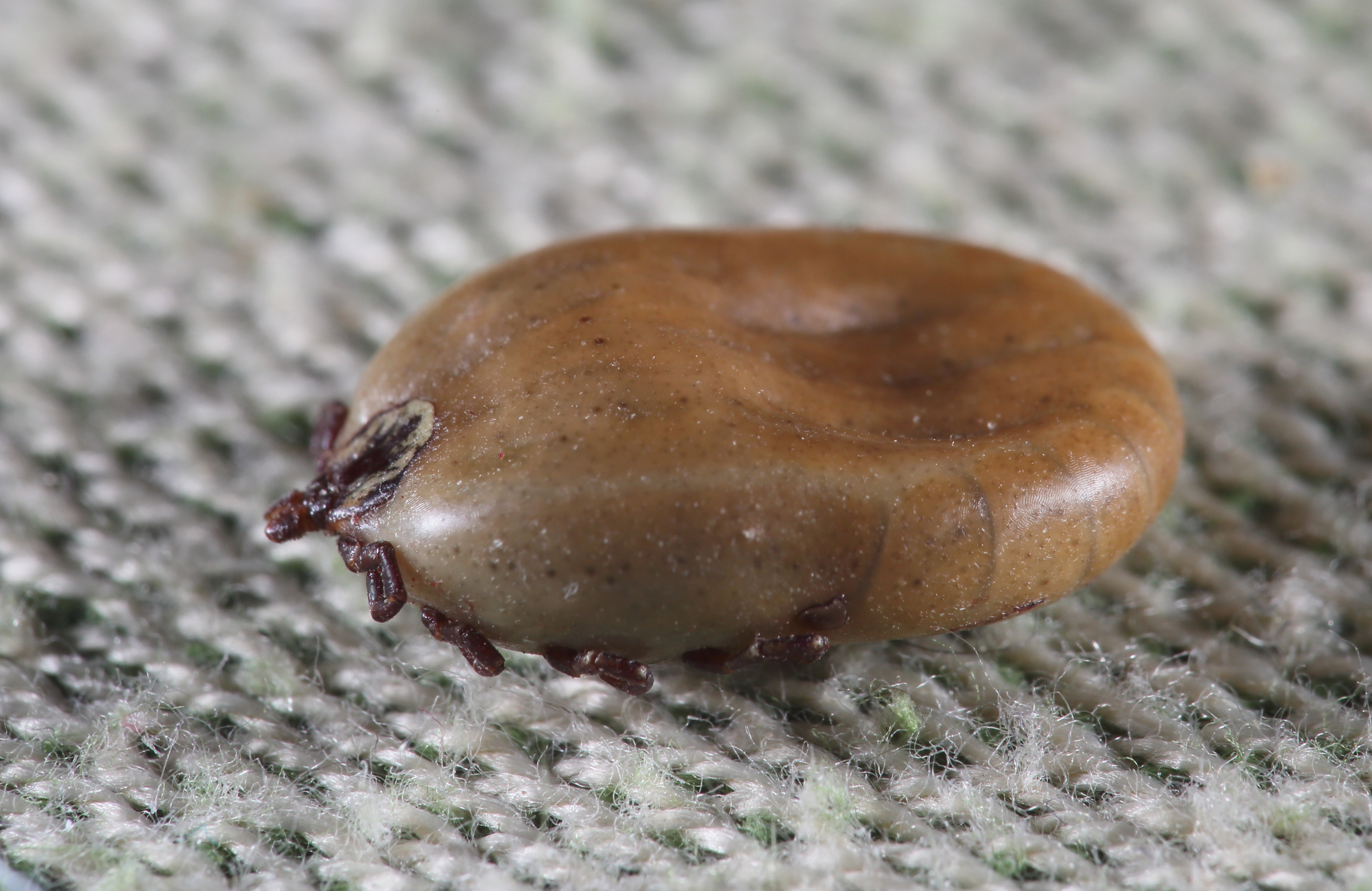 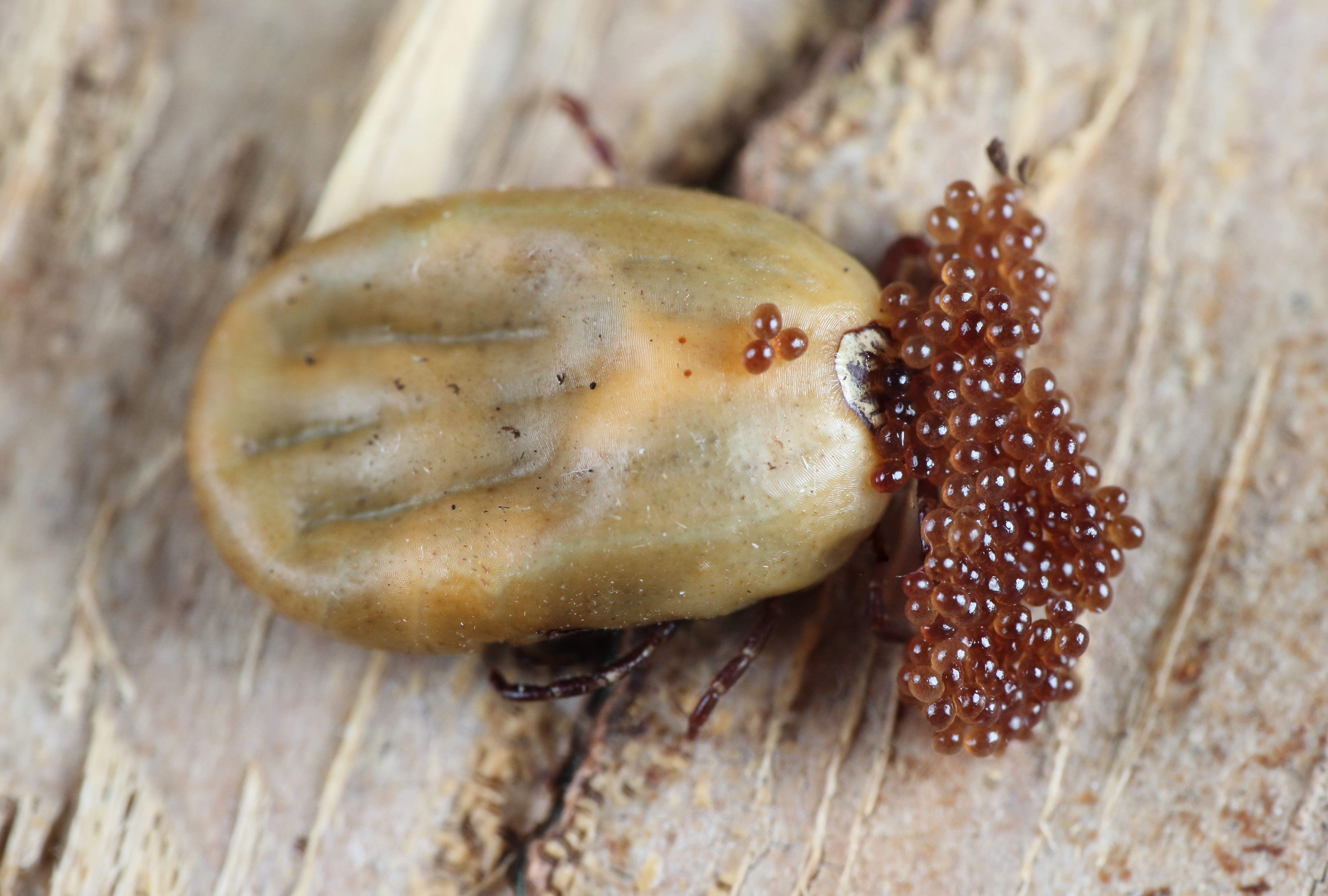 I kept her around for a couple weeks, and sure enough she eventually produced an egg mass, as shown next. The eggs are crowded around the head because her reproductive opening is immediately underneath. By honored tradition, of course the entire family went down the loo afterwards.

The tiny insects shown in the next two pictures are minnow mayflies (Callibaetis sp.). The female looks pretty ordinary, but the males sport weird compound eyes that are thought to have evolved to look for females. 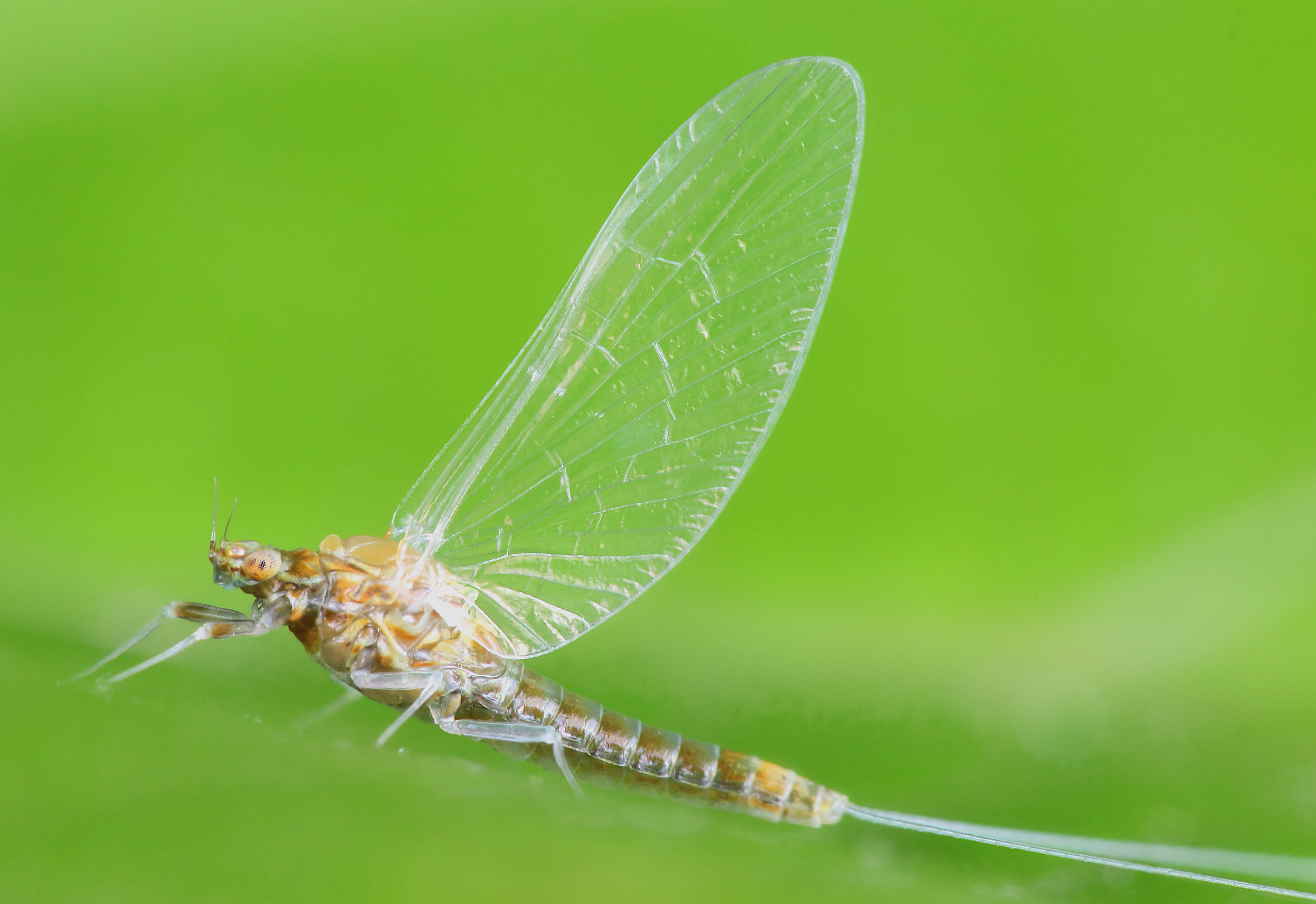 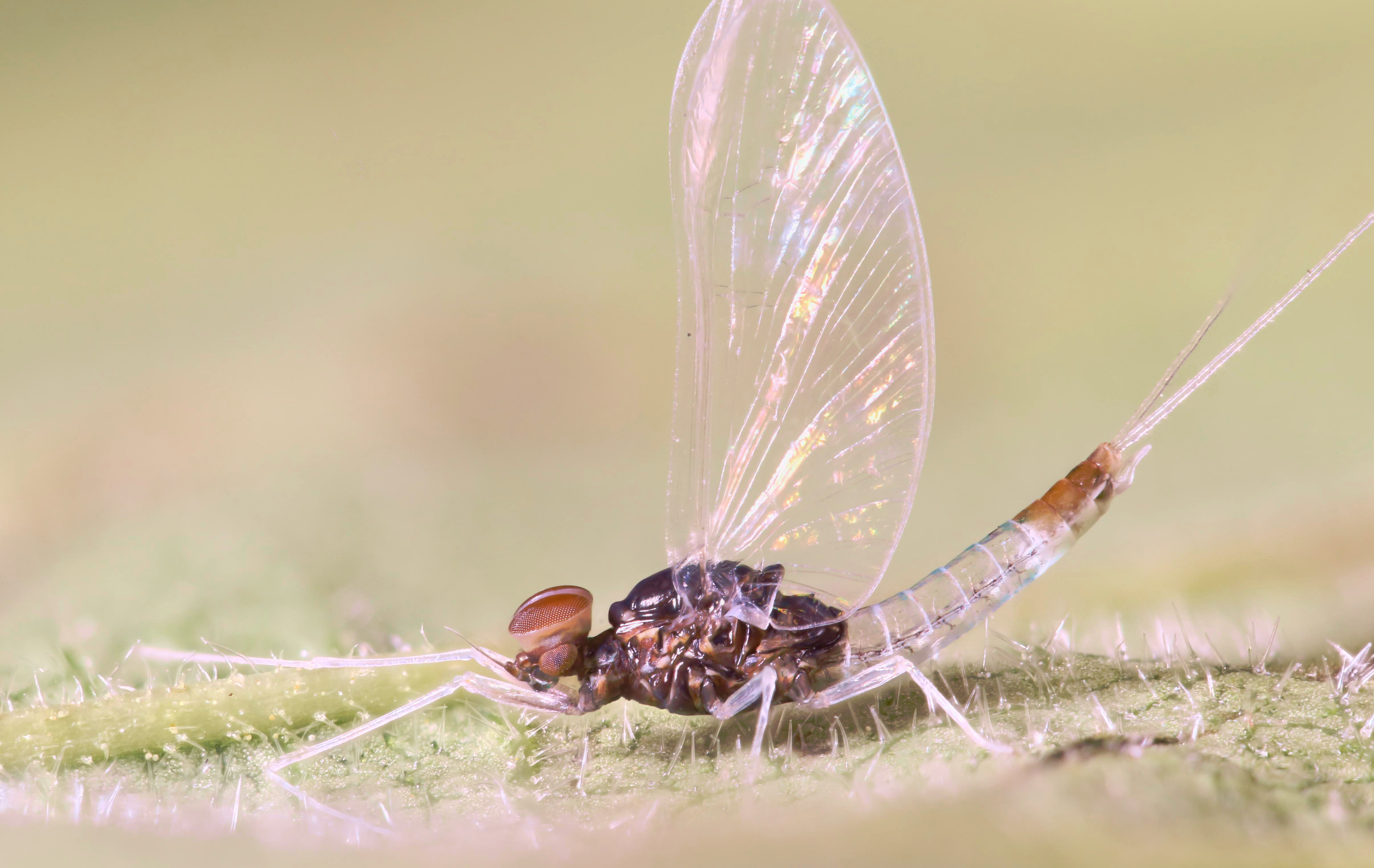 A hike in the spring woods produced this lovely male jumping spider, Phidippus whitmani. The little guy was pretty restless, so a lot of pictures had to be taken—but it was worth it. 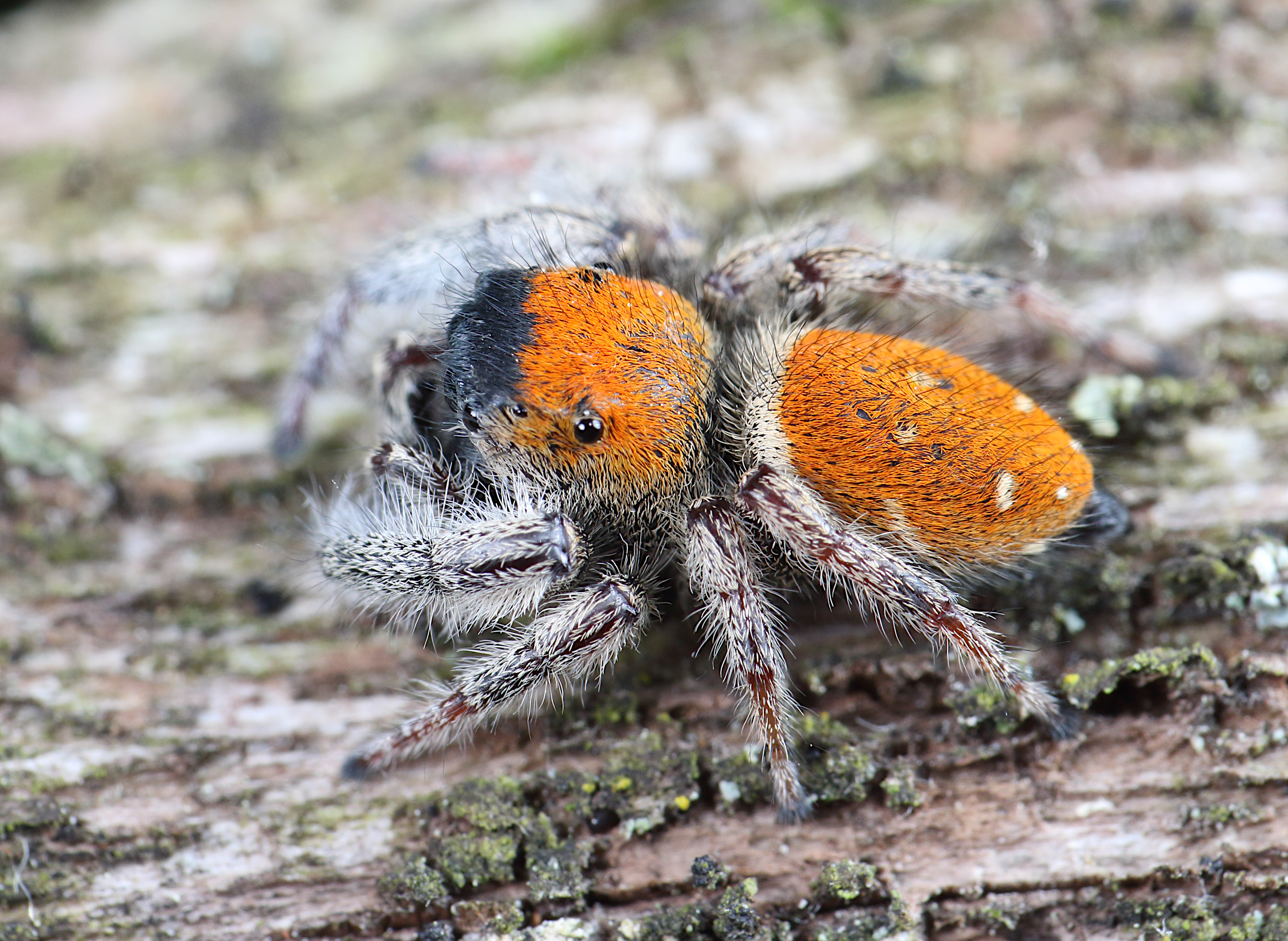 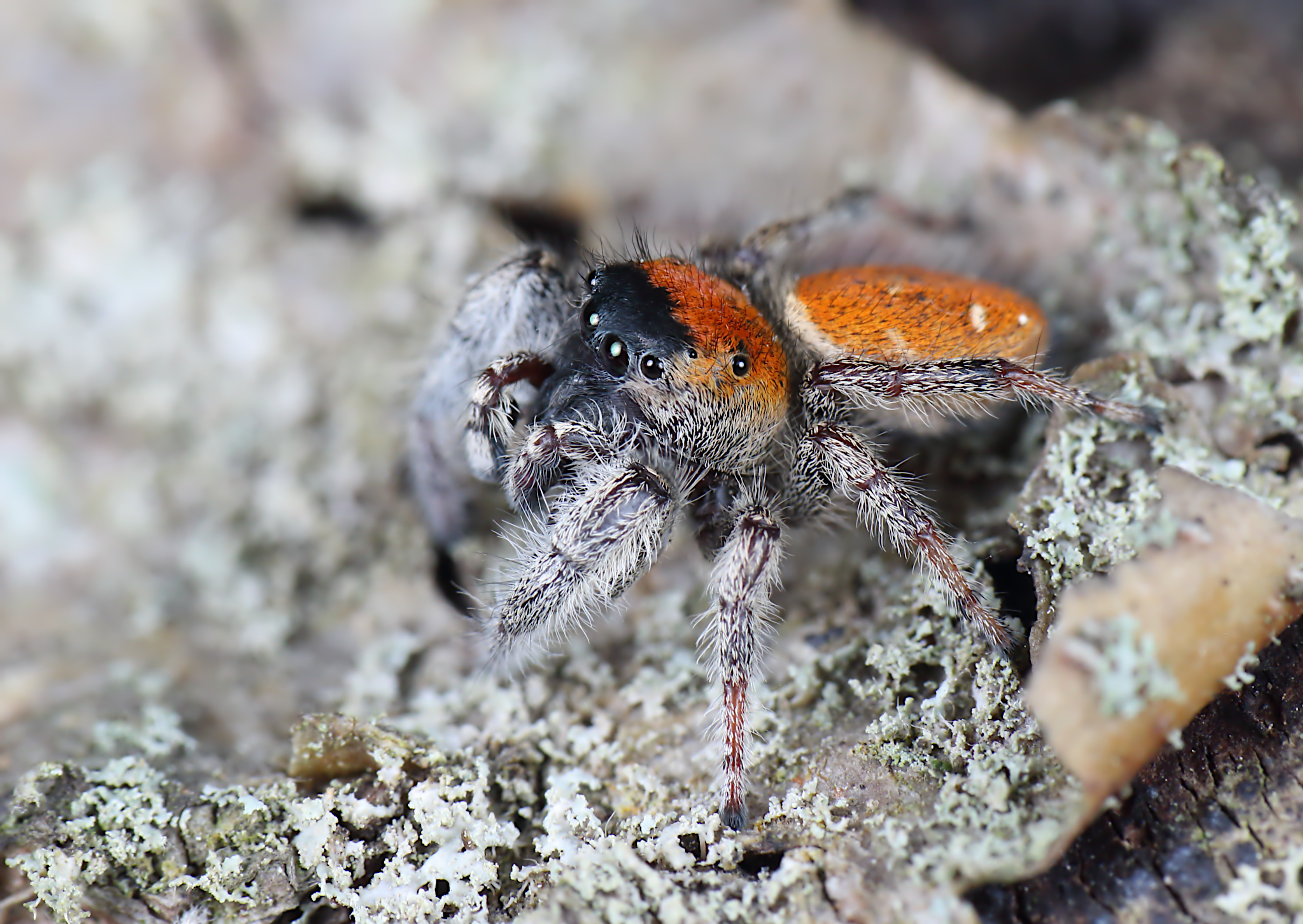 The unpleasant looking critter shown next is a focus-stacked picture of an antlion larva (possibly Brachynemurus abdominalis). These are famous for digging a conical pit in sandy soil, and lying in wait at the bottom to trap passing ants and other small insects.

A detail worth noting here is that the reflective plastic lets you see a nice detail about their mandibles. Do you see the dark stripe on the underside of the mandibles? Those are the maxillae, which are the next set of mouthparts for insects. In antlions the maxillae are nestled into a groove under the mandible, and together the mandibles and maxillae form a hollow tube which is used to inject digestive enzymes into their prey, and to then drain them dry. 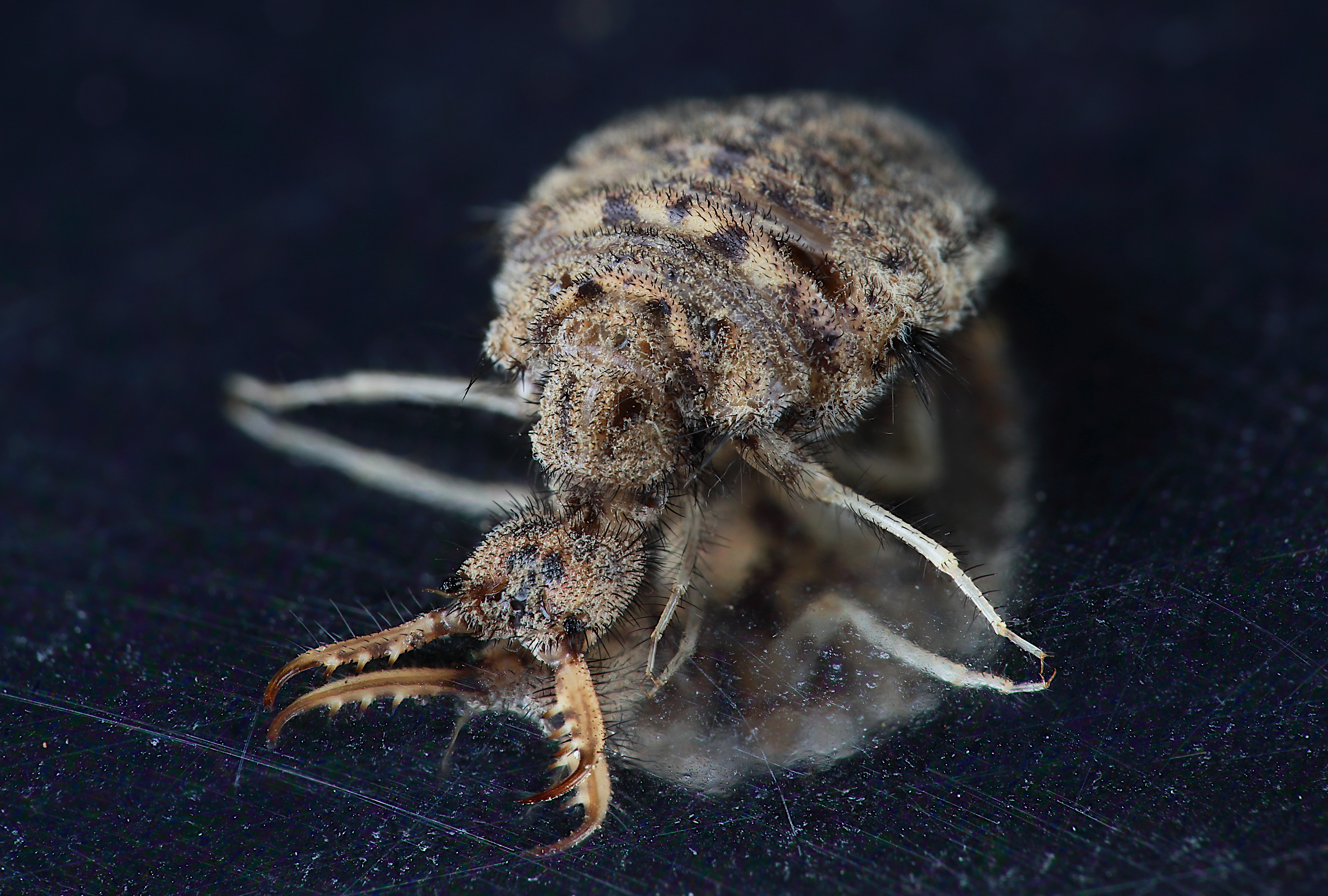 The next picture shows an adult antlion, most likely the same species as the larva. One can well appreciate that these are commonly called long-tailed antlions! 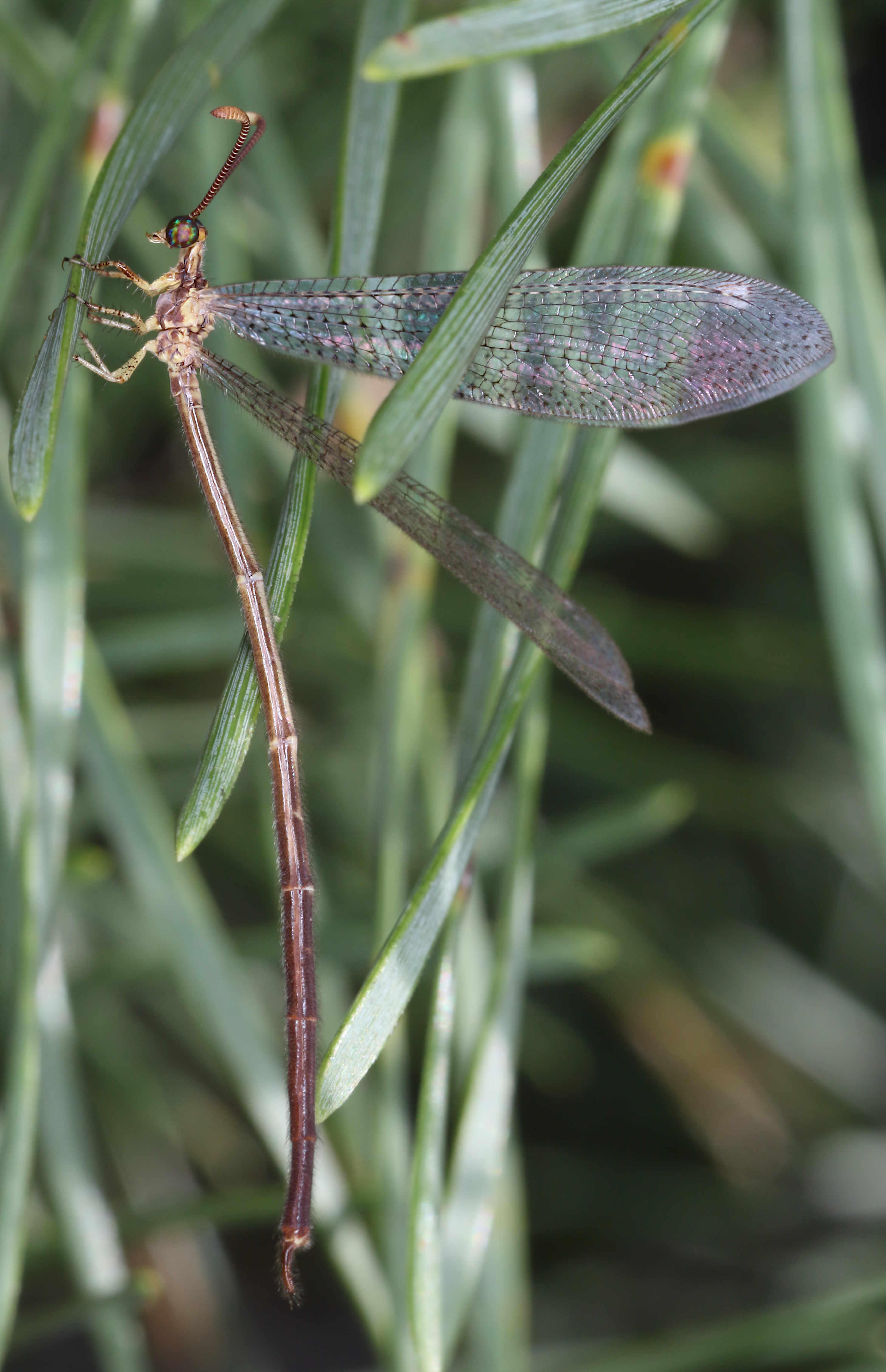 Back to the woods. The lovely caterpillar shown next is the larva of the copper underwing moth (Amphipyra pyramidoides). I flush out a lot of the adult moths of this species when doing yard work, although I’ve never gotten around to photographing one. 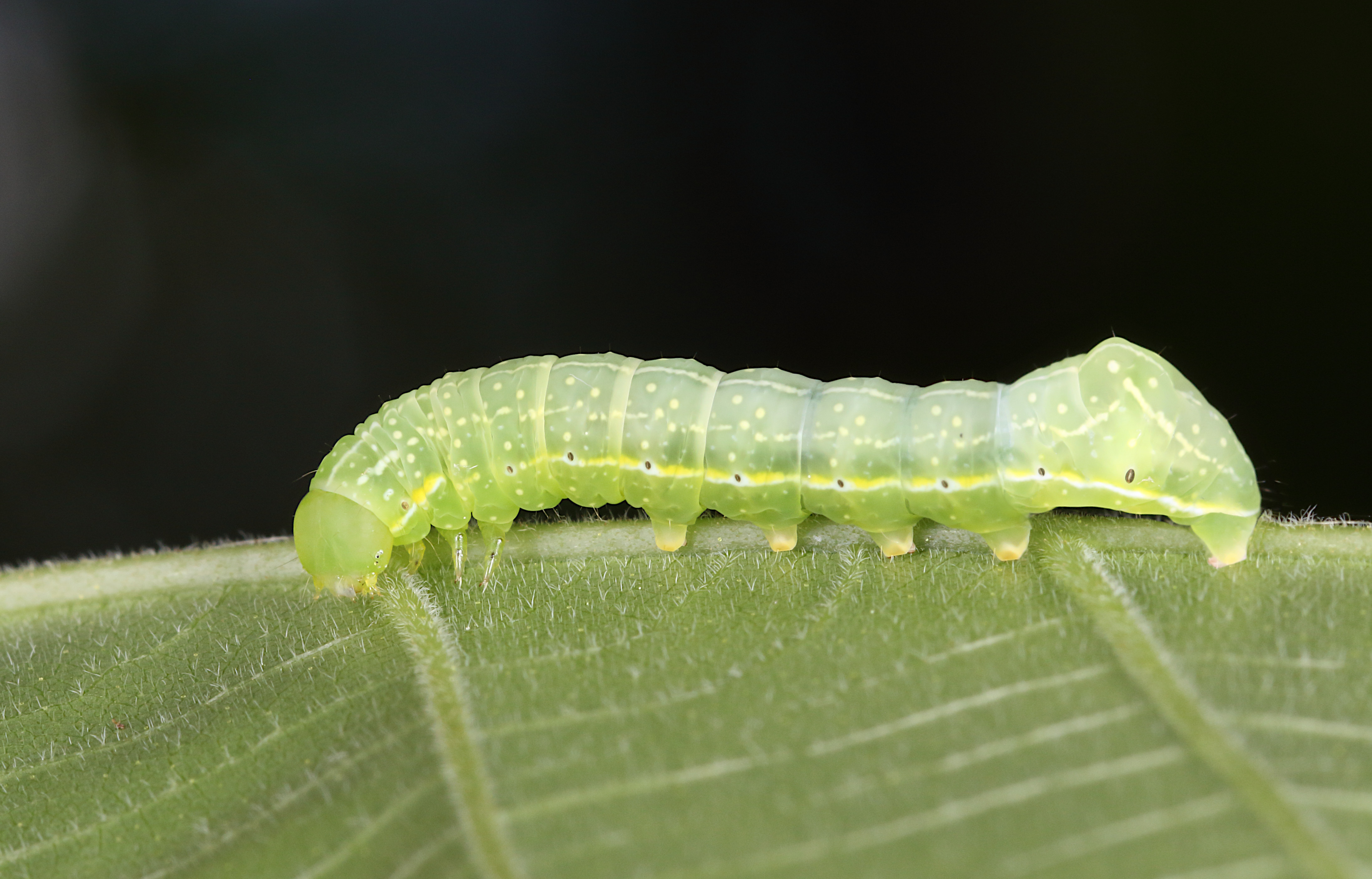 Rounding up the invertebrates is an early-season stonefly (Acroneuria sp.). These strange insects have an aquatic larval stage, and one can find large numbers of them along rivers over a brief interval in the spring. 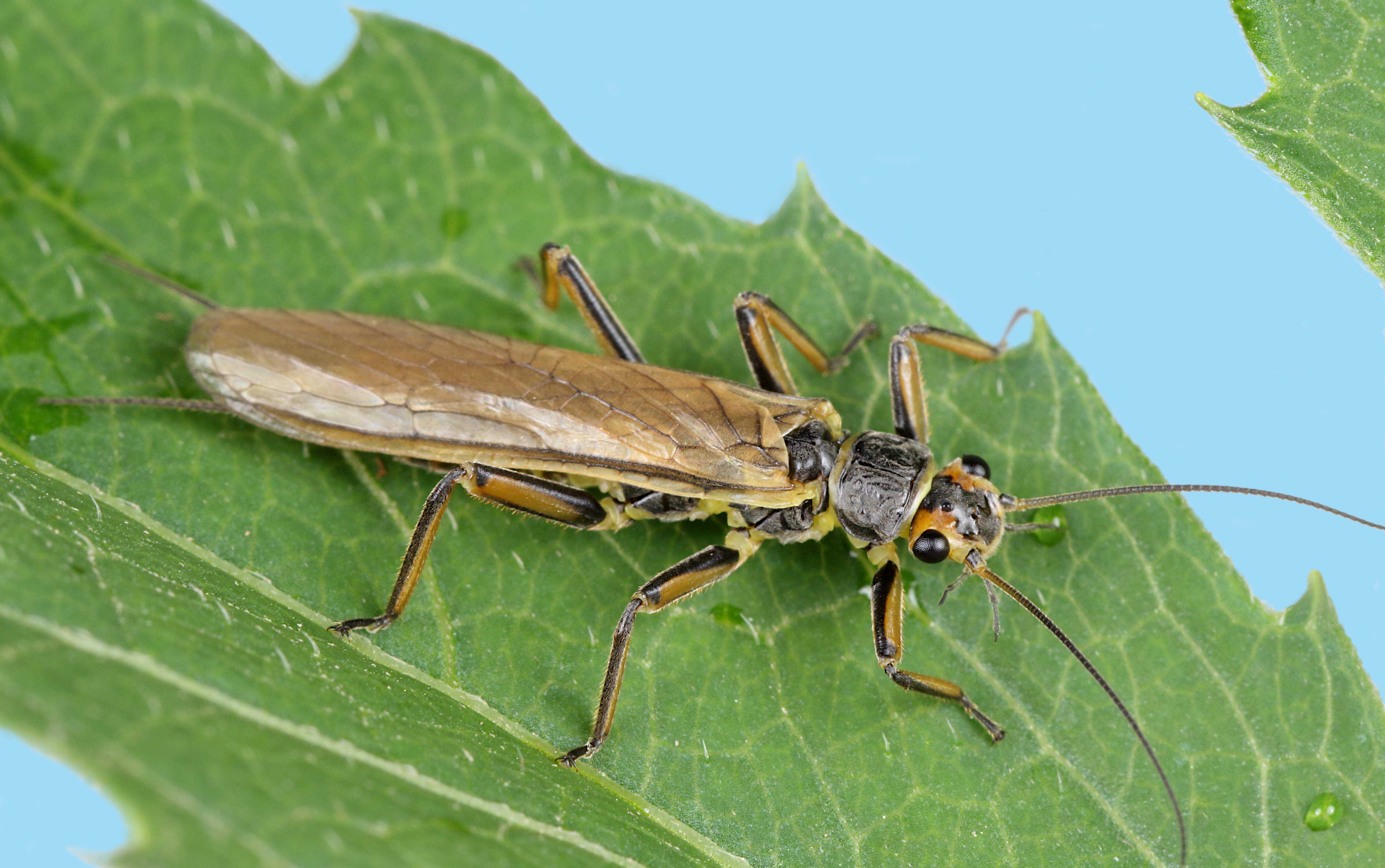 I rarely photograph vertebrates, but here is a very ill-tempered snapping turtle (Chelydra serpentina) that was wandering the woods. S(he) would repeatedly turn to follow me, lunging and snapping its jaws with a definite “clomp”! 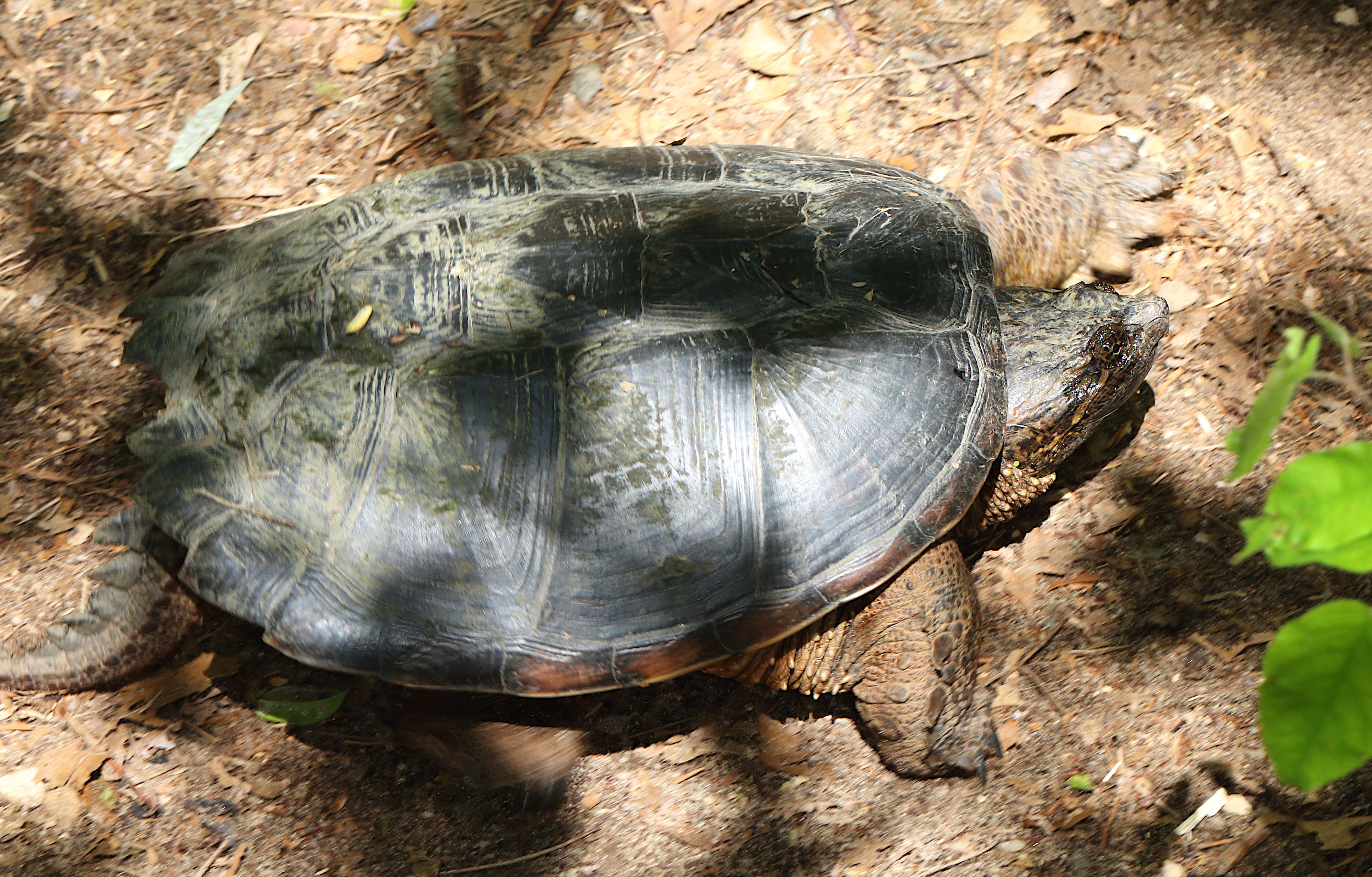 And finally, here is a very kindly toad, possibly the eastern American toad (Anaxyrus americanus). But getting staged pictures of this little one was a lesson in what Hobbes said in the Calvin and Hobbes comic strip: “They drink water all day just waiting for someone to pick them up”. 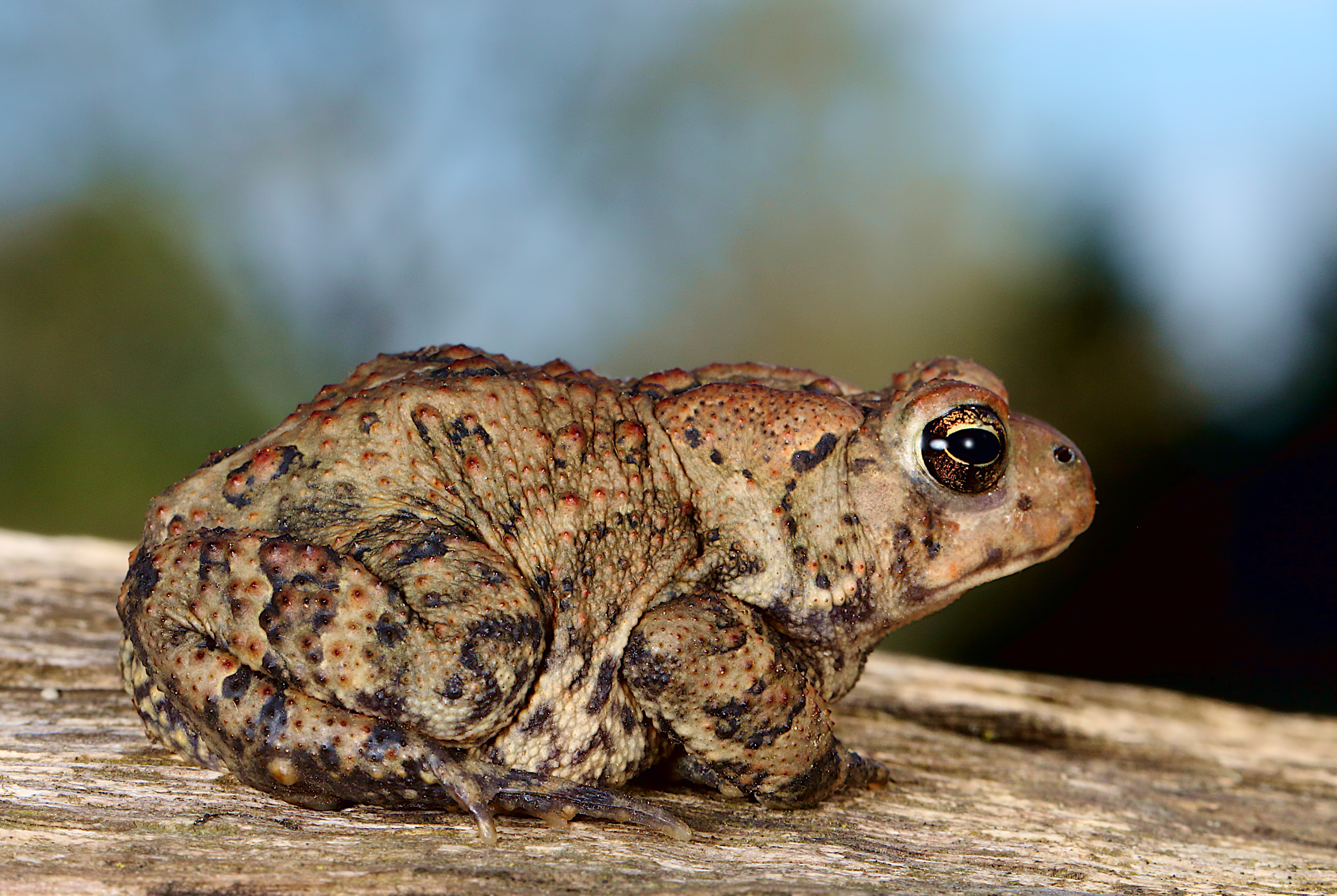