I’m sure Tish Harrison Warren, an Anglican priest, is a very nice person, but she’s put herself in the line of fire when the New York Times hired her to osculate the rump of religion once a week in their opinion section. I’ve beefed about this osculation before, and it’s continued this week with her anodyne column on the pandemic, which ends with an outright lie (or delusion; take your pick). The thing about these nice, liberal clergy who publish in mainstream media is that you’re so taken in by their niceness—though I find her boring and predictable—that they manage to slip in some outrageous stuff about religion before you know it.

Well, Jesus wept, and you might too if you read her piece. But you can read it only if you’re a NYT subscriber, so there is no link. (If you want to subscribe, go here.) I receive each column in an email because I’m a masochist. 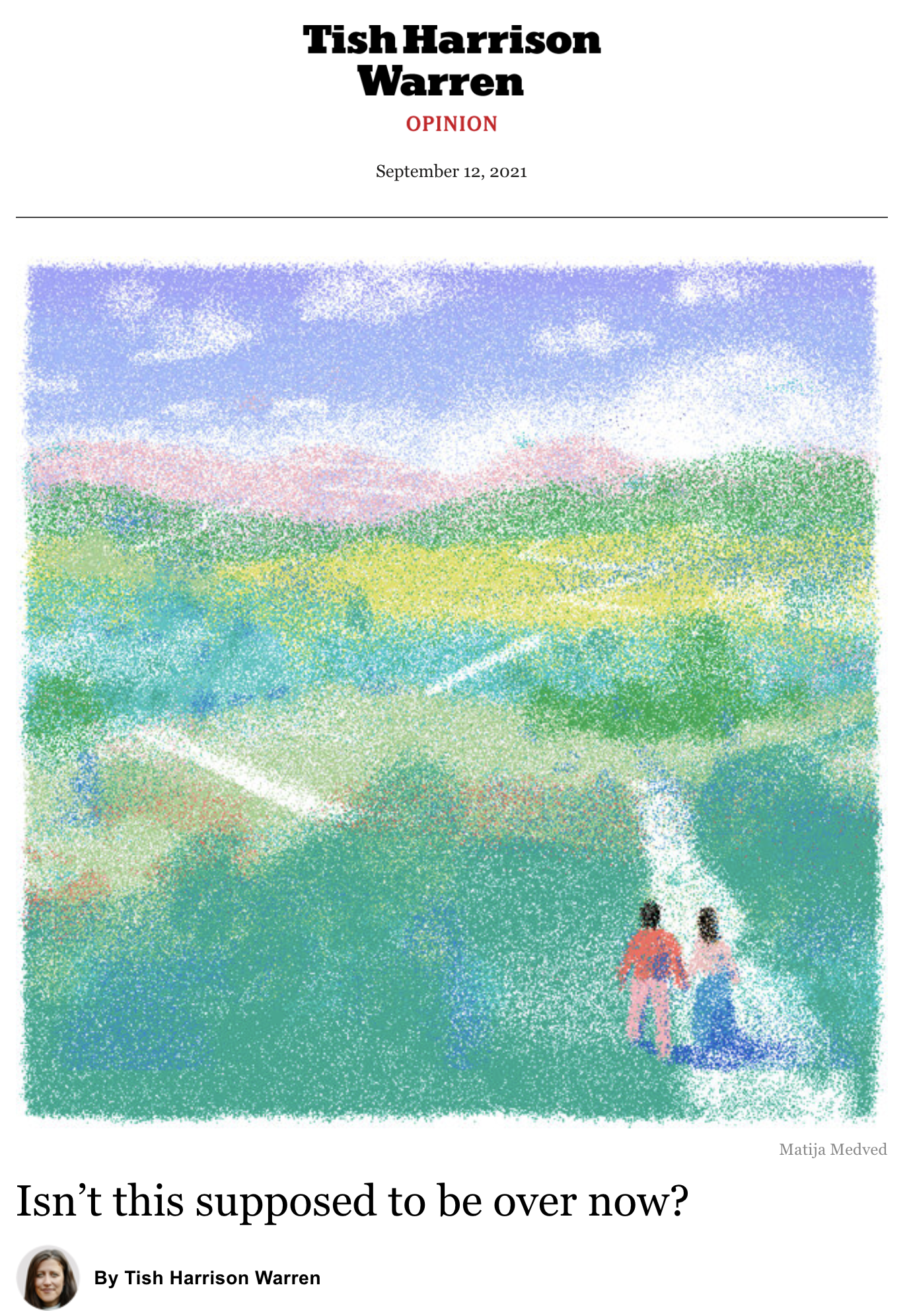 Here is her thesis:

a. The pandemic should be over now. But it isn’t and Pastor Harrison and her family, like many, have “had it.” She’s fatigued. She doesn’t like the emotional roller coaster of the last 18 months, which reminds her of the emotional roller coast that the captive Israelites had in Egypt, who were freed (yay!) and then had to wander in the desert for decades (boo!). No matter that that entire story is pure fiction.

b. We may not know how the pandemic will end, but we should simply trust in God, for all will be well. Why? Because the Bible tells us so. Jesus is coming back!

After her boilerplate kvetching about how she and her family have suffered during the pandemic, and yet the uncertainty is still not over, she looks heavenward and finds solace. This is her ending:

. . . . But each of our lives is locked in the present tense. We can’t skip ahead in our own stories.

It has become a cliché, a bumper-sticker pat answer, to say “Let go and let God.” But why should we? What evidence is there that trusting God is such a great idea?

Again and again, the church has answered: because we have been given the gift of knowing how the story ends.

Christians see Moses as prefiguring Christ. Jesus, like Moses, delivered his people. Through his resurrection, we were rescued from the oppression of sin and power of death. The end of the story is that Jesus makes, as the Book of Revelation says, “all things new.” The church proclaims that in the resurrection, we have glimpsed the Promised Land. We have seen that God has defeated death. We cannot know the path ahead for any of our individual lives, but we can read the big story of redemption back into our particular life and our particular moment.

In this new phase of the pandemic, we sit poised between celebration and continued suffering. We aren’t sure how to feel. We aren’t sure when — or if — things will go back to normal.

So what must we do? We grieve. We admit we are worn out. We do what we can to help (which for most of us is simply to continue to wear masks and get vaccinated). And we take up the practices of patience and perseverance amid uncertainty. Perseverance isn’t simply a “grin and bear it” stoicism, much less a call to deny our frustration, disappointment or anxiety about what lies ahead.

Instead the Book of James presents perseverance as an artist, with our own souls as its medium. Perseverance, James writes, must “finish its work in us” that we might become “mature and complete.” It forms and shapes a kind of wholeness in us that comes as a gift: We don’t know what the next hour brings, but God can be trusted because we’ve glimpsed the end of the story. So now, in the present tense, with all its grief and frustrations, we can bear whatever comes to us, even if it lasts longer than we’d hoped.

This is the kind of thing you read in an evangelical tract, not in the New York Times!

And what makes Pastor Warren think that her church has the right answer, or that any church has the right answer? Many faiths don’t promise us that the divine being will “defeat death”: give us eternal life.  No, we do not know how the story ends, except in a heat death of the Earth five billion years from now. The Bible is a work of human confection, Jesus was not the Son of God, and he ain’t coming back. There is no Promised land of Heaven.

Yes, I’m an antitheist, because, really, look at the pabulum that Warren is dishing into our bowls: “God can be trusted because we’ve glimpsed the end of the story.” First of all, that’s not even logical. Yes, God has told us that in the end everything will be fine when Jesus (aka God) returns. But that doesn’t mean we can trust him for everything else! Remember, Jesus (who is God in human form) promised before he died that he’d return before some of those who watched the Crucifixion passed away. In other words, he said, “Hey, folks, I’ll be back within 80 years”. That was a lie! God lied!

And, after all, didn’t God allow the virus to ravage all of humanity, killing 4.6 million people already? And believe me, they weren’t all sinners. How is that supposed to engender trust?

All Warren is saying here—in fancy words and in the pages of the Paper of Record—is that we can lean on the promise of Jesus in hard times to make things right.  I think Marx had a quotation about that, with the famous part (usually taken out of context) put in bold by moi:

The foundation of irreligious criticism is: Man makes religion, religion does not make man. Religion is, indeed, the self-consciousness and self-esteem of man who has either not yet won through to himself, or has already lost himself again. But man is no abstract being squatting outside the world. Man is the world of man – state, society. This state and this society produce religion, which is an inverted consciousness of the world, because they are an inverted world. Religion is the general theory of this world, its encyclopaedic compendium, its logic in popular form, its spiritual point d’honneur, its enthusiasm, its moral sanction, its solemn complement, and its universal basis of consolation and justification. It is the fantastic realization of the human essence since the human essence has not acquired any true reality. The struggle against religion is, therefore, indirectly the struggle against that world whose spiritual aroma is religion.

I remain baffled why the NYT purveys delusions like Warren’s to their readers.

UPDATE: I found this on FB, and you can verify the quote here. 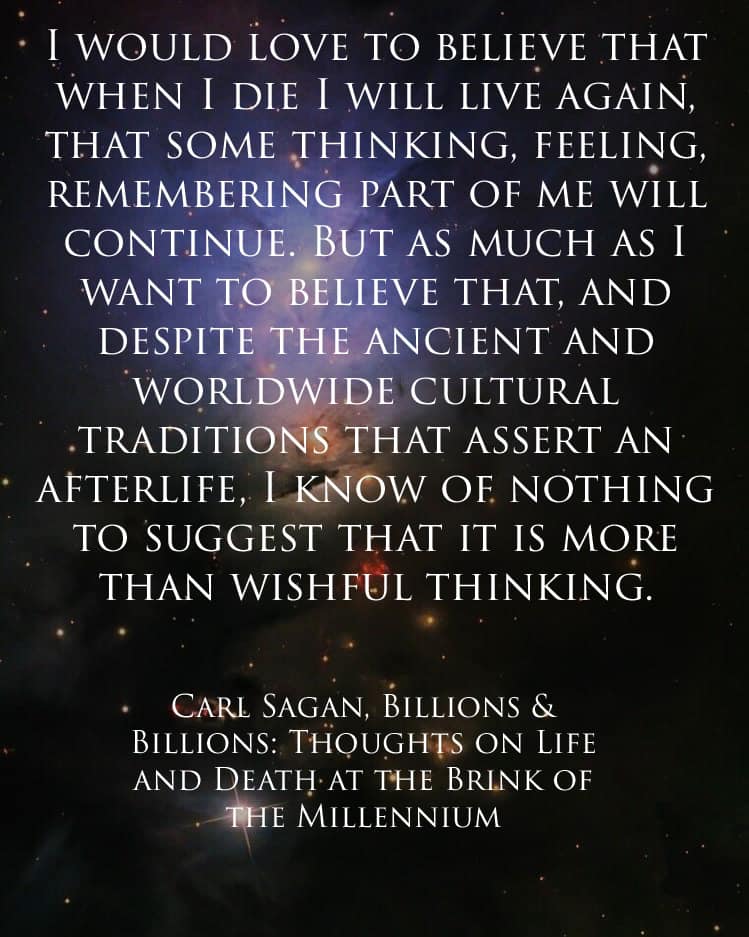