Today we have photos from out of Africa, all taken by Delia Randolph, who works in England and Kenya. Her notes are indented, and you can enlarge the photos by clicking on them.

A few from Kenya where I live and work. 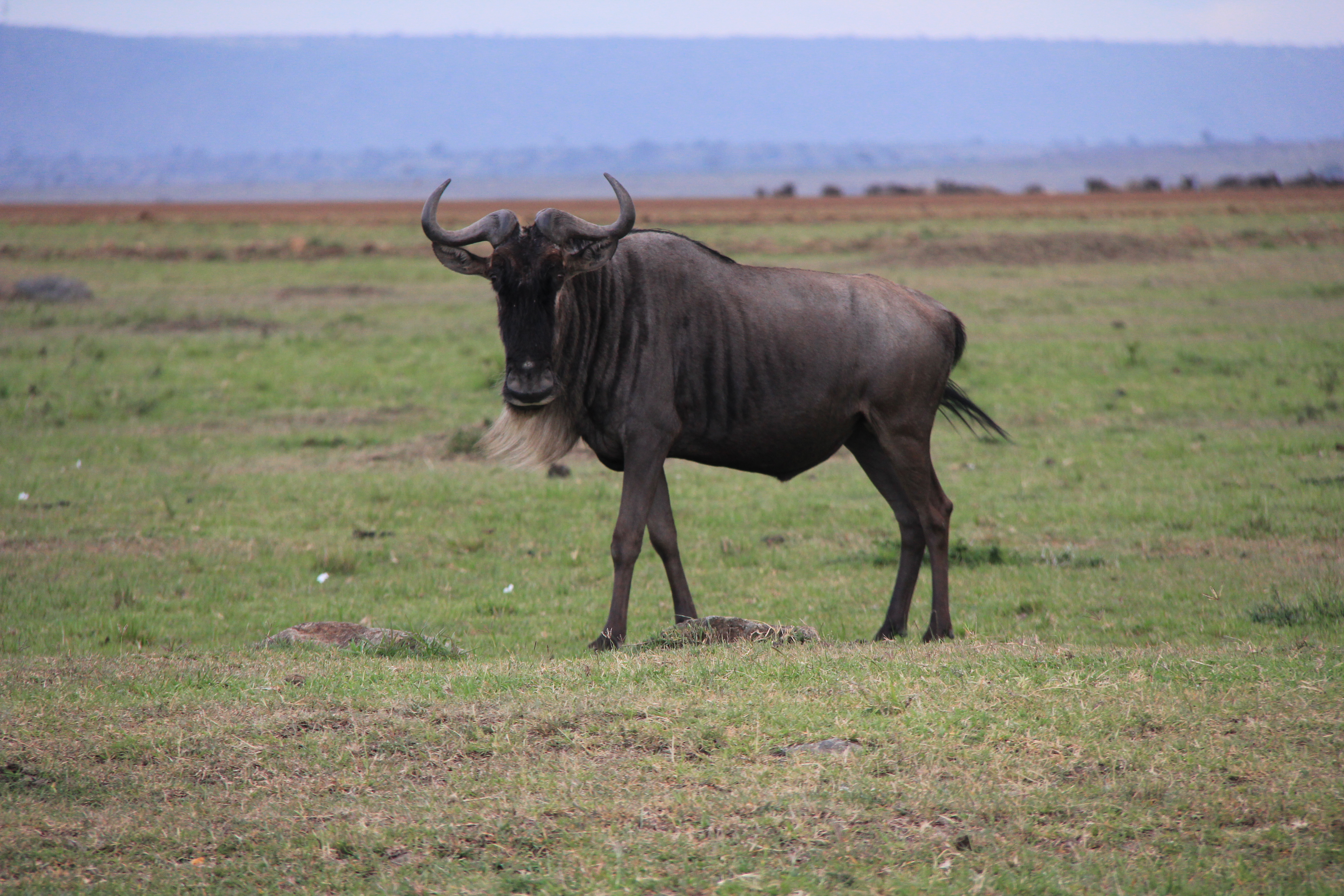 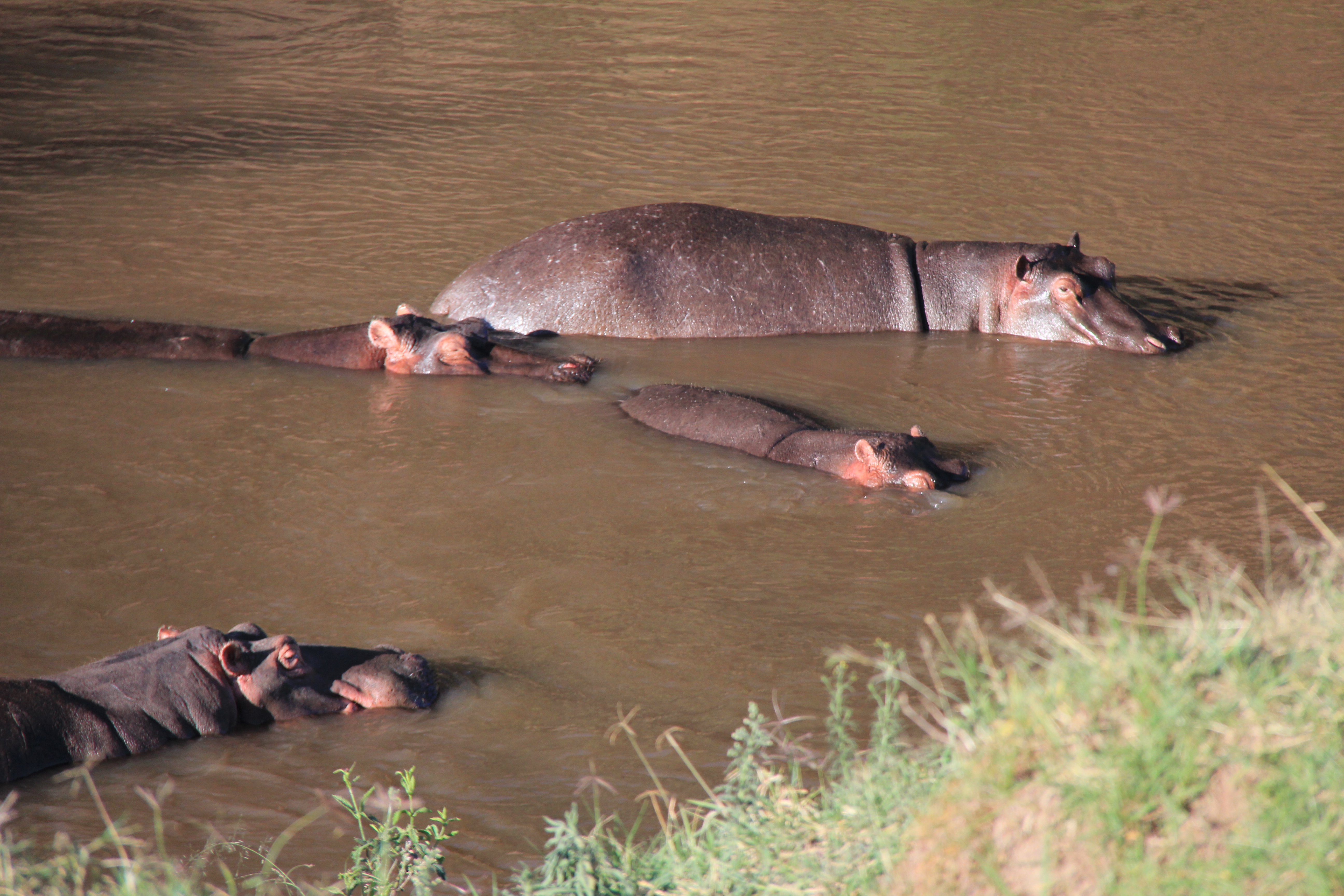 A couple more from the Mara, near the Mara River:

Common warthog (Phacochoerus africanus) in foliage. Warthogs have specially-adapted protective pads that allow them to ‘kneel’ down to feed – you can see the thickened skin between the ‘hairy bits’ on the front leg. And the next picture shows them in action. 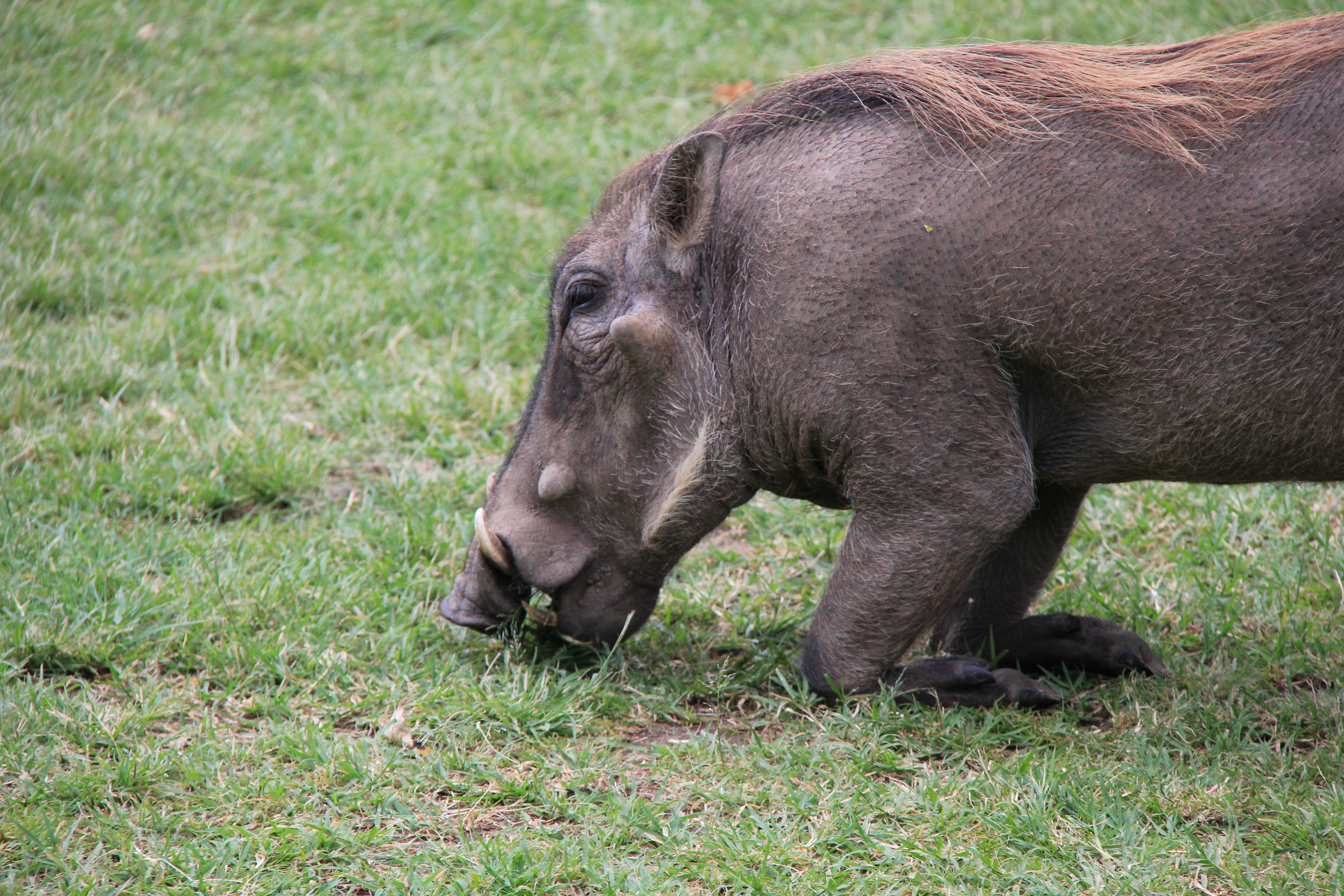 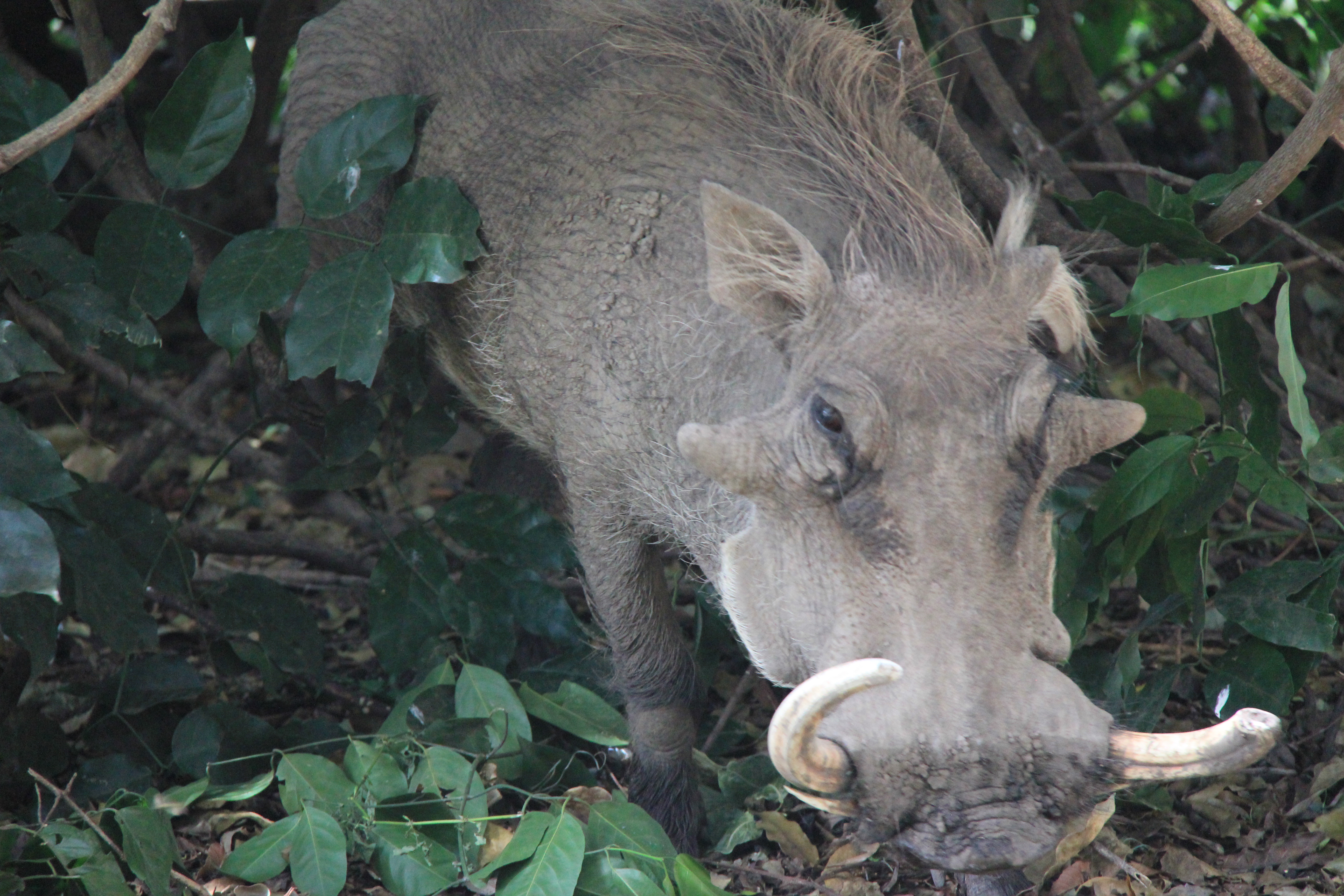 Spotted hyena (Crocuta crocuta) coming back with lunch. Hyena’s are one of the few animals that easily eat bones, horns and hooves. I was once doing some research on sheep vaccines in Kenya, and, according to the protocol,  I had to do a post mortem on any sheep that died. The herder came one day to tell me a sheep had been killed by a hyena. He looked at me funny while I got together my post mortem kit. I arrived at the scene of the crime to find a few small tufts of blood-stained wool. That was all the hyena had left of a 250 lb Merino – the quickest post mortem ever. 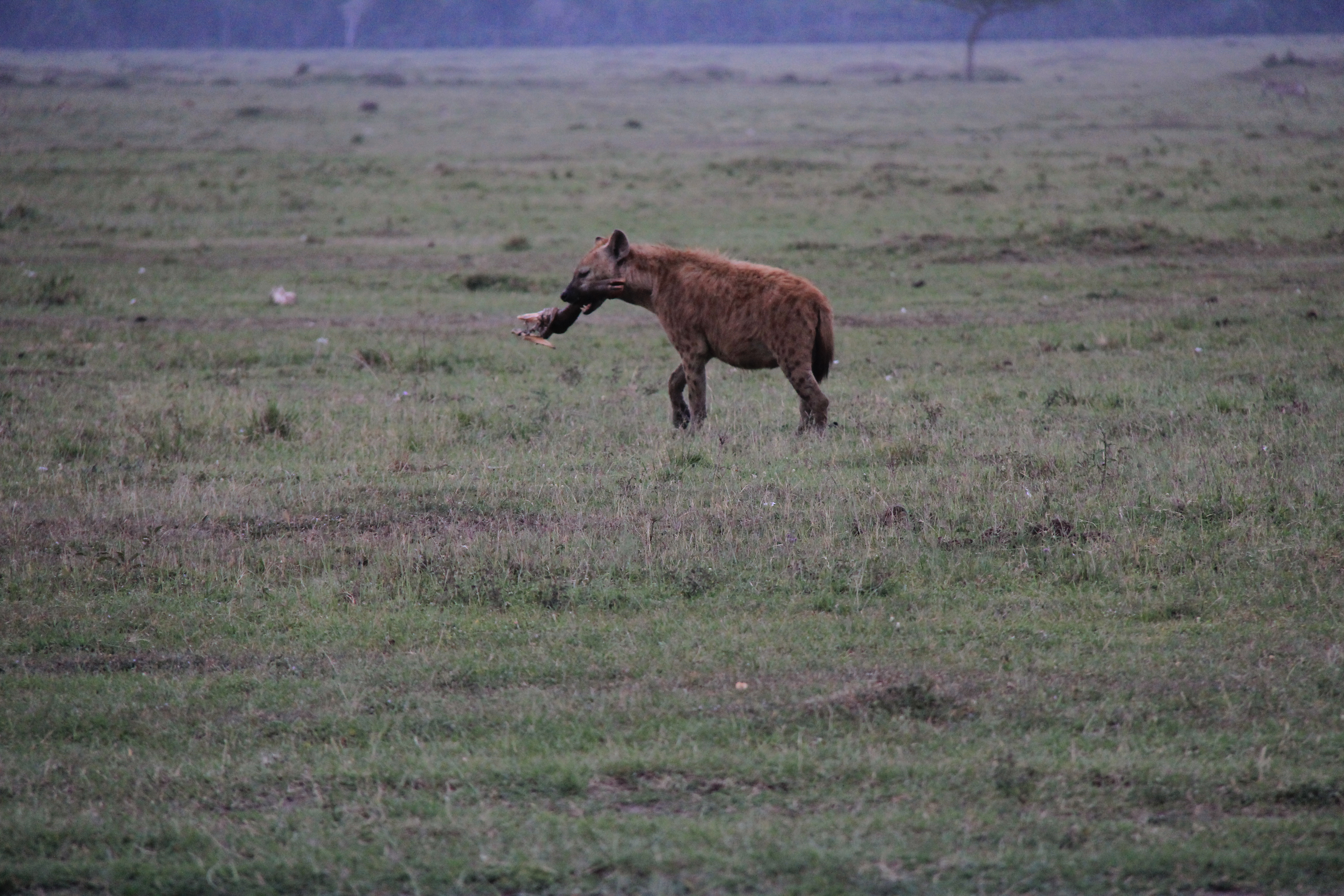 Lion and lioness (Panther leo) with hyena in the background. Lions and hyenas compete for territory and prey. As well as direct competition both species engage in kleptoparasitism, that is, stealing prey hunted by the other species. Who is the thief and who is the robbed varies with population number and other factors. 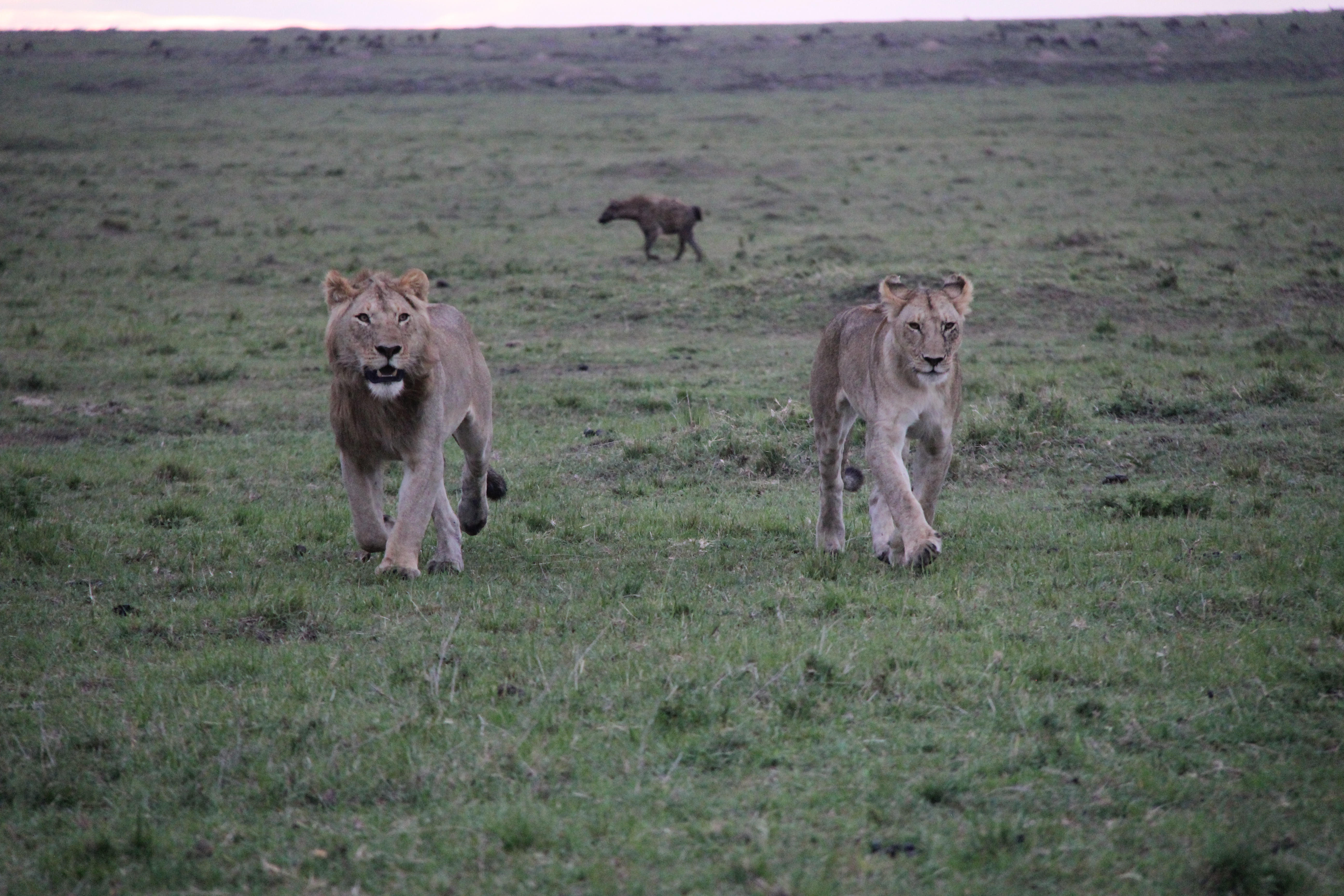 Resting hyena in foreground, skulking hyena in background (would be perfect to play Shakespeare’s Richard 111, even has a hunchback!). Silver backed jackal, also known as black-backed jackal (Canis mesomelas) in background. Jackals don’t compete directly with lions or hyenas, going after smaller prey, but will pick over kill remains. 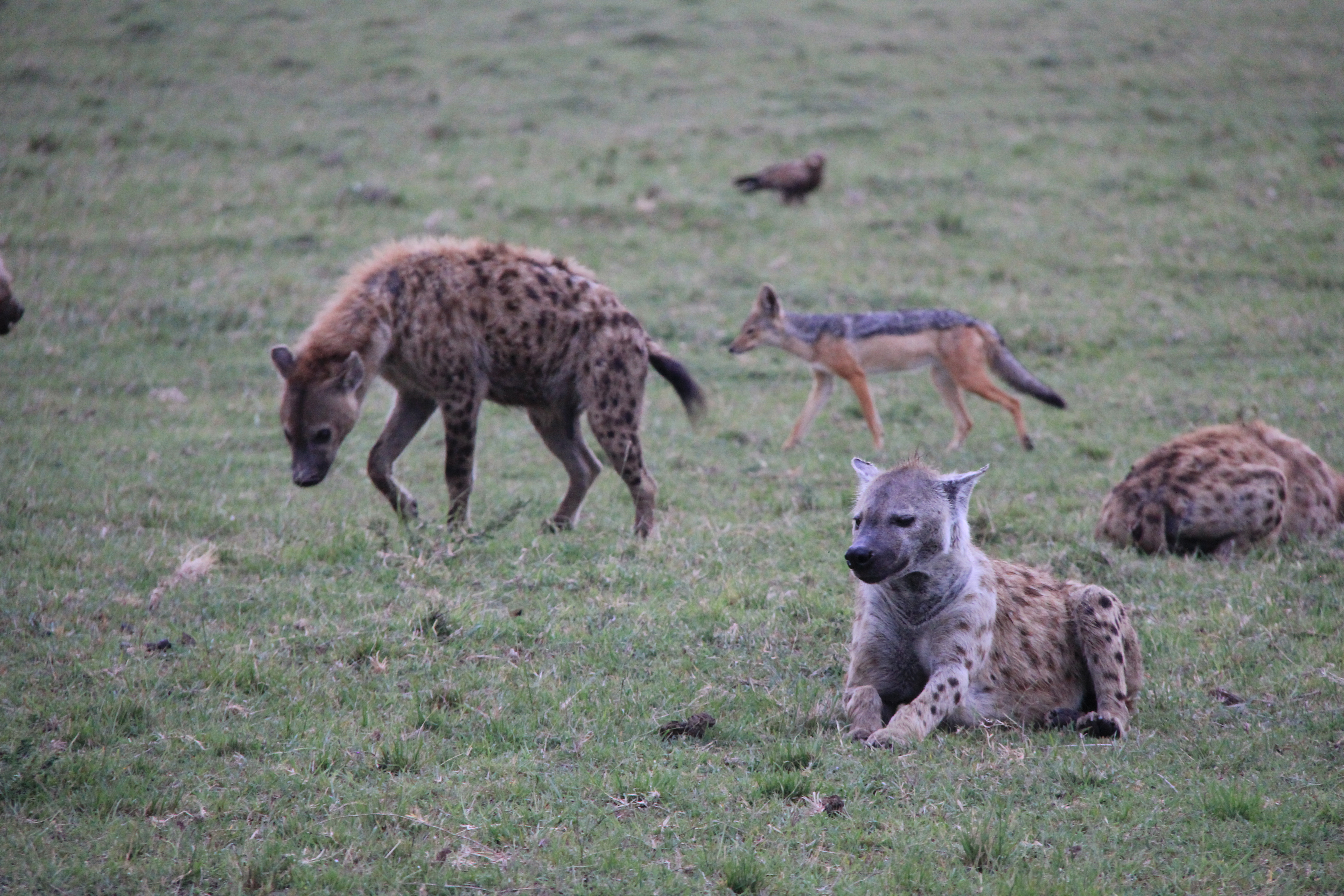 Two silver backed jackals and vultures after someone else made a kill (not sure whether lions or hyenas, we came after the action). I am not sure of the species of the vultures 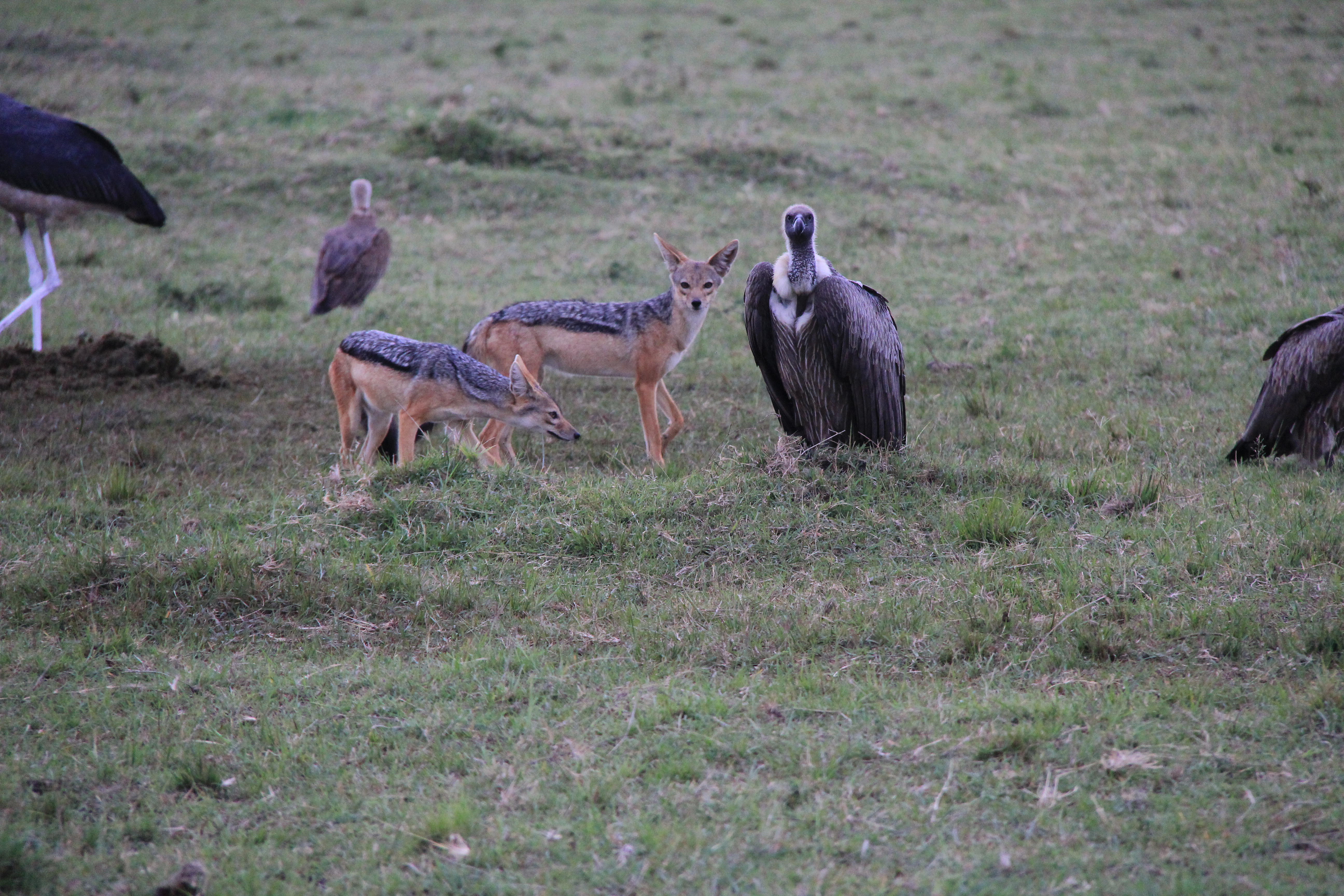