This announcement was just sent to me from John McWhorter’s Substack column, “It bears mentioning”. Click on screenshot to see more.

I predicted that McWhorter couldn’t keep up the pace of writing two essays per week in the New York Times and also do his own website AND his book and his regular academic duties at Columbia. Well, I was right, but maybe for the wrong reasons: 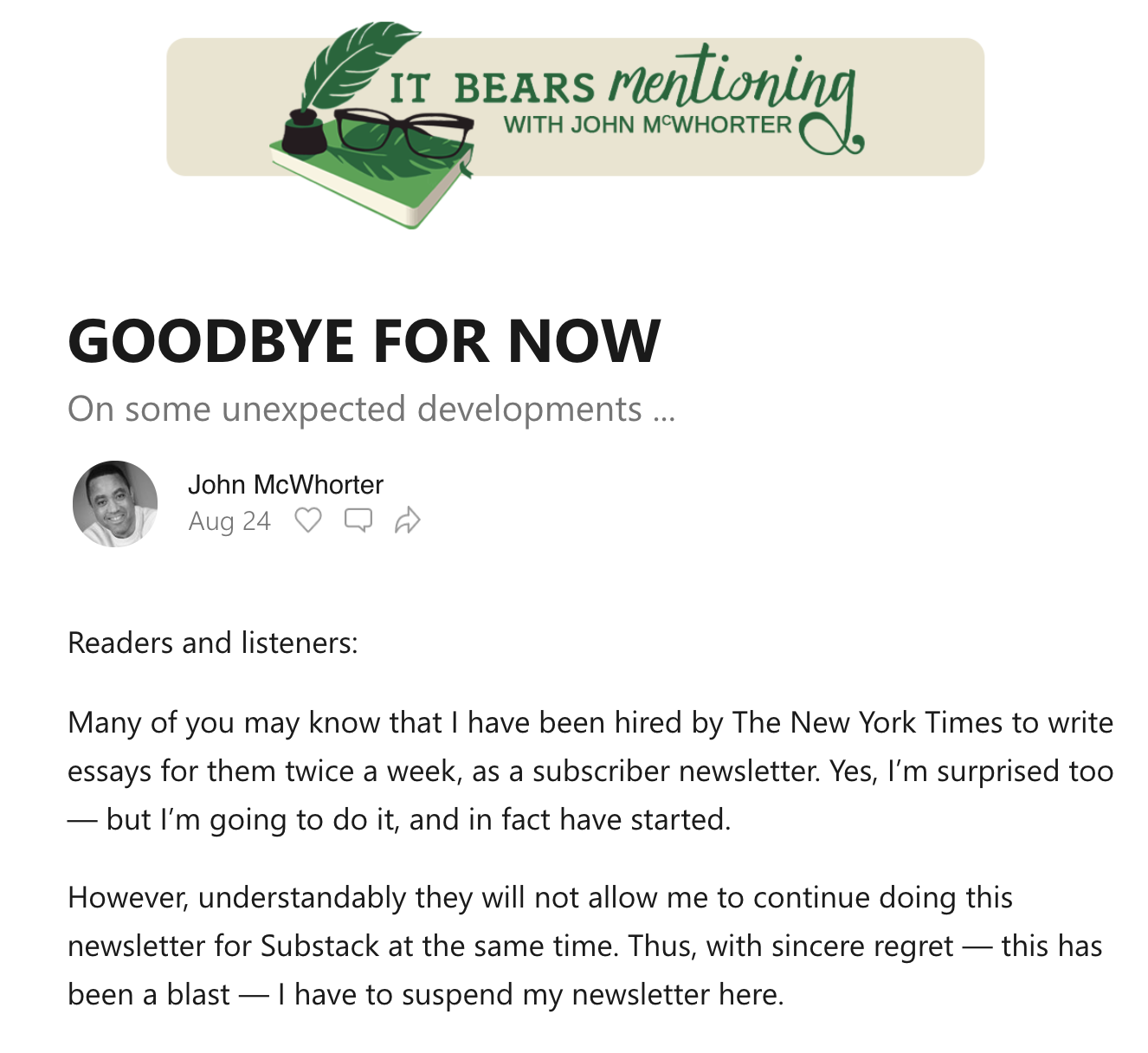 I had a couple of thoughts about this.

First, it’s good that McWhorter’s ideas get an airing on a major media site, though you have to subscribe to read them. Because of the wider exposure, I can forgive him for what I once would have characterized as “selling out to the New York Times.” On the other hand, the the paper would never (or so I think) let him write the kind of stuff in their pages that he could put on his own site. His vigorous criticisms of anti-racism won’t, I suspect, fly at the newspaper.

He’s offered to refund subscriptions to his site on a pro-rated basis, but otherwise will freeze all contributions. But if he’s stopping for the foreseeable future, he really should give all the money back now.

Best of luck to him, and let’s see what he writes on the NYT site.