UPDATE: You think YOU have problems? I had to drive back from the grocery store listening to Krista Tippett interview Robin de Angelo about race. You could almost hear the tears leaking down Tippett’s face as she confessed her deep innate racism because she was white.  Does anybody still listen to this show?

Good morning on Sunday, August 22, 2021: National Pecan Torte Day (Foodimentary helpfully adds this fact: “It would take 11,624 pecans, stacked end to end, to reach the top of the Empire State Building in New York City.” It’s also National Bao (steamed bun) Day, National Eat a Peach Day (extra credit if you name the poem containing this phrase), World Plant Milk Day, Take Your Cat to the Vet Day (most vets aren’t open on Sundays), and International Day Commemorating the Victims of Acts of Violence Based on Religion or Belief.

New threats from ISIS, hinting darkly of an attack on Americans (and perhaps the Kabul airport) have forced the U.S. to tell Americans in the city not to go to the airport if they’re not already there. They’re trying to find other ways to evacuate them. In a scene out of Vietnam-era Saigon, 169 Americans holed up in a hotel near the airport were evacuated in military helicopters. Pandemonium grows outside the airport, where people are now suffering heatstroke and getting crushed to death trying to breach the gates, including a two-year-old child.  On top of all this, there are reports of an impending famine.

Further, the U.S. is making plans to force American commercial airlines to participate in the Kabul airlift: the “civil reserve air fleet” provided by law. The planes won’t actually land in or take off from Kabul, but will fly Afghans taken in military craft to nearby countries to their final destinations.

As Biden’s approval rating drops from the disaster unfolding in Afghanistan, there’s plenty of blame being unleashed in the media Here are four editorials in a row from the op-ed section of the Washington Post: 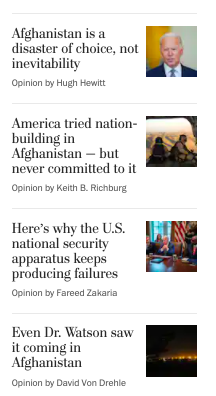 If you want to see a bunch of ignorant vaccine-refusers who came down with Covid-19, watch this 7-minute NYT video taken in the Ozarks, which has one of the nation’s lowest rates of vaccination and the highest rates of infection. There are the usual excuses for not getting vaccinated: “I want my personal freedom”, the vaccine is poison, and so on. It will make you angry, but at the ignorance itself, not necessarily at the ignorant people. Sadly, among the latter are local hospital workers, only half of whom are vaccinated.

The Associated Press has collected a number of scams that authorities and state governments are using to help Americans avoid vaccination and mask mandates. Some of them are pretty reprehensible. Just a couple below:

An Oregon school superintendent is telling parents they can get their children out of wearing masks by citing federal disability law. A pastor at a California megachurch is offering religious exemptions for anyone morally conflicted over vaccine requirements.

And Louisiana’s attorney general has posted sample letters on his office’s Facebook page for those seeking to get around the governor’s mask rules.

Across the U.S., religious figures, doctors, public officials and other community leaders are trying to help people circumvent COVID-19 precautions.

While proponents of these workarounds say they are looking out for children’s health and parents’ rights, others say such stratagems are dishonest and irresponsible and could undermine efforts to beat back the highly contagious delta variant.

Mask and vaccine requirements vary from state to state but often allow exemptions for certain medical conditions or religious or philosophical objections.

. . .In Kansas, the Spring Hill school board is allowing parents to claim a medical or mental health exemption from the county’s requirement that elementary school students mask up. They do not need a medical provider to sign off.

Board member Ali Seeling said the idea is to give parents “the freedom to make health decisions for their own children.” [JAC: Sorry, but that freedom is largely fictitious when it comes to vaccinations. Public schools throughout America already require students who want to attend to get a panoply of shots.]

Louisiana Attorney General Jeff Landry, a Republican who regularly spars with Democratic Gov. John Bel Edwards, posted sample letters that would allow parents to seek a philosophical or religious exemption from Edwards’ mask rule at schools — or from a vaccine requirement, if one is enacted.

Stuff that happened on August 22 includes:

As you probably know, the King’s remains were found in a Leicester car park. Here they are in situ, and you can clearly see his curved spine. Richard sustained 11 wounds, nine in the head. 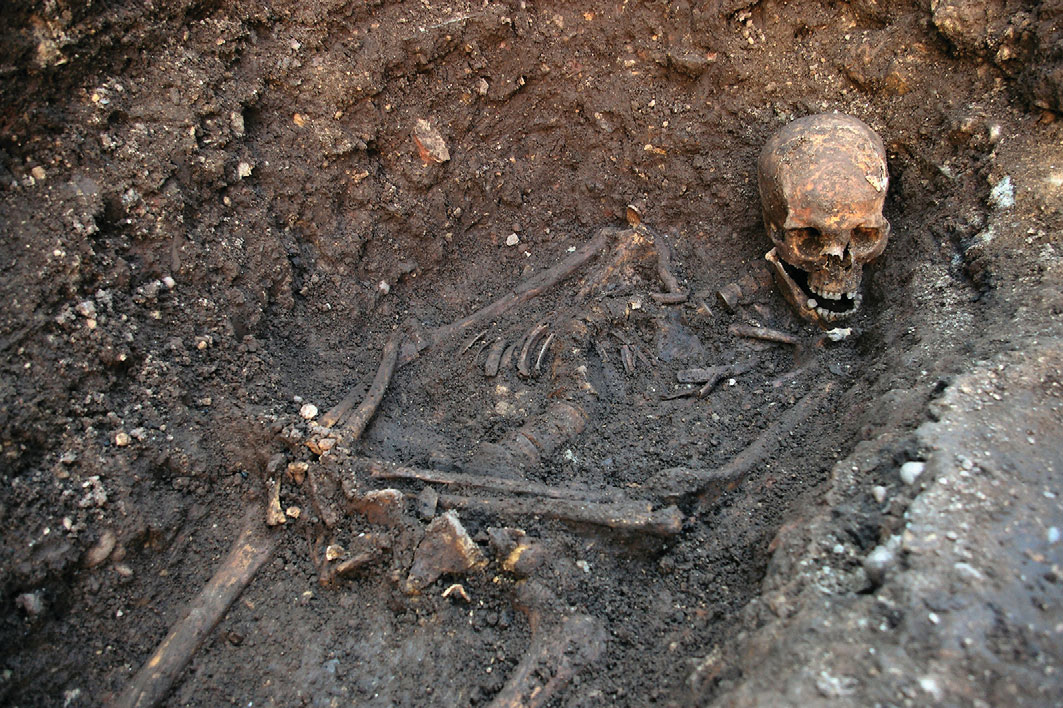 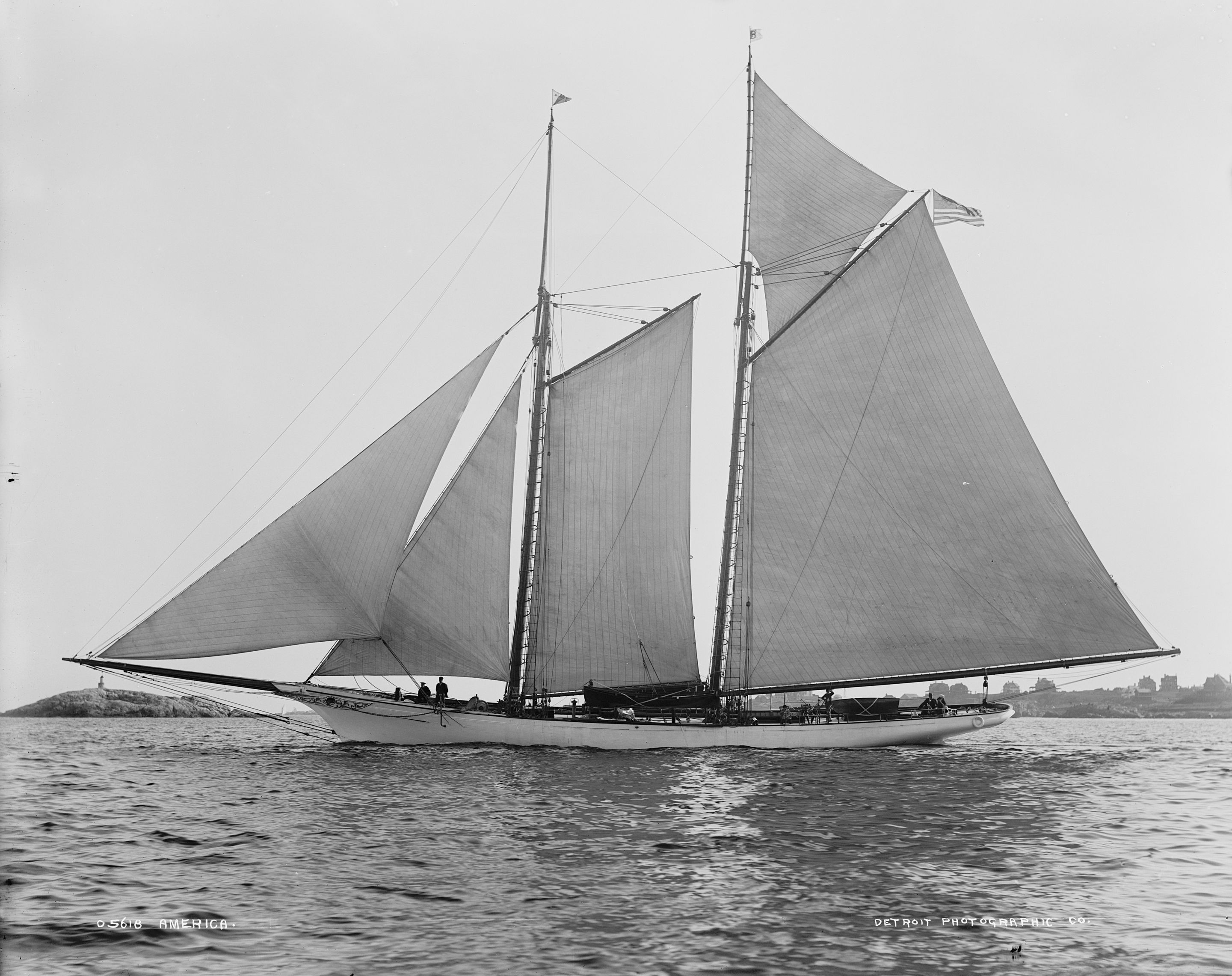 Here’s that first ride. If you can identify the car, please do: 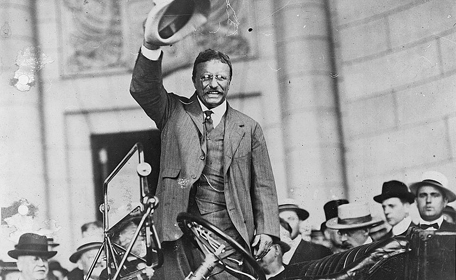 Collins died at 31; here’s his body laid out in St. Vincent’s Hospital in Dublin: 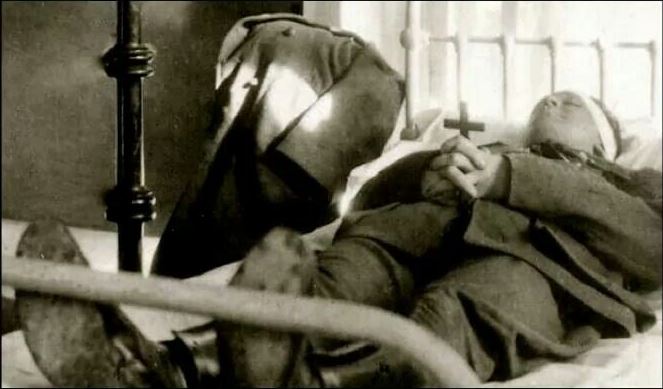 And here’s an 8.5-minute video of his funeral:

Since the flight was over 100 km high, it technically qualified as spaceflight. Here’s an X-15: 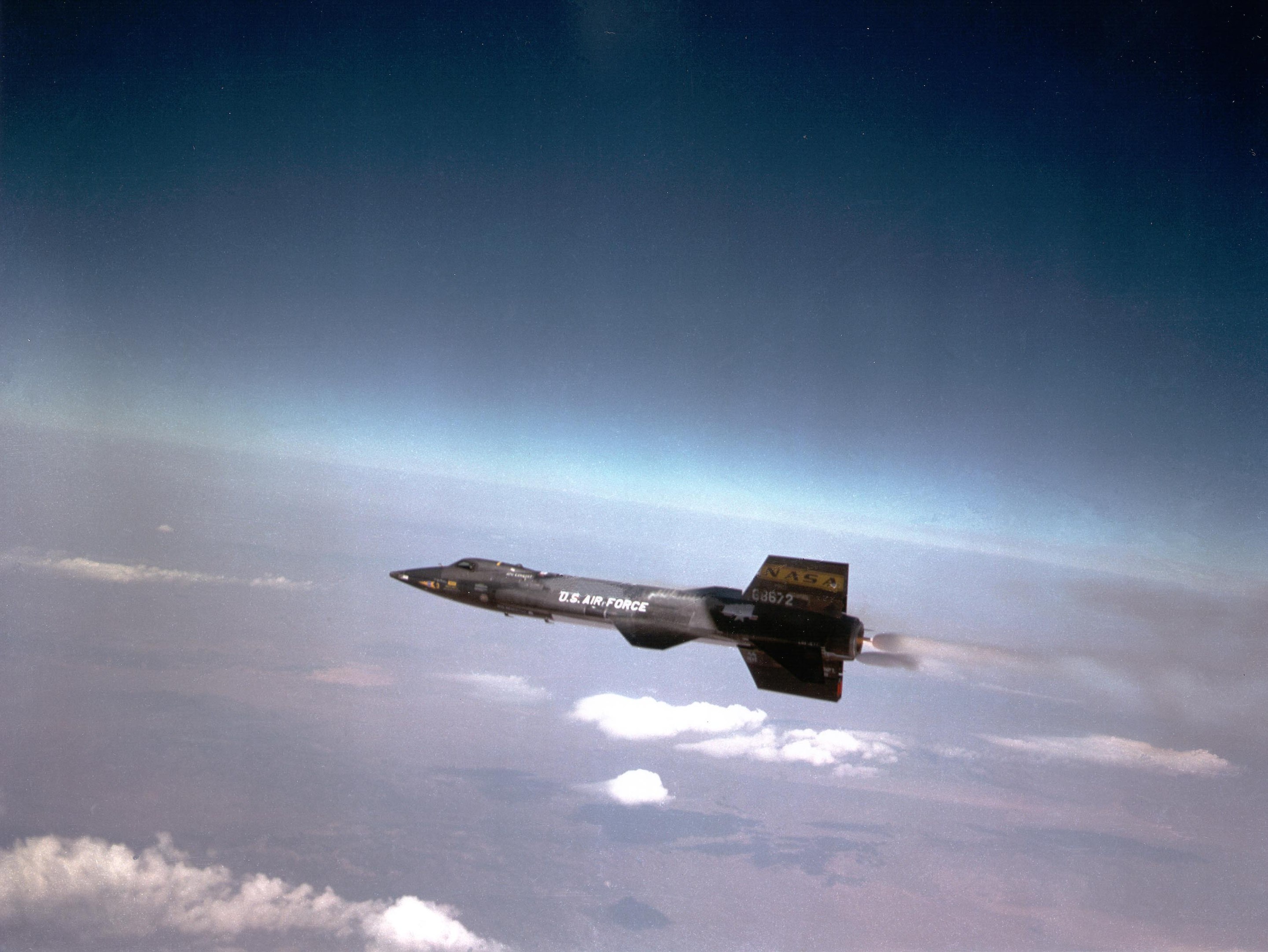 Here’s a video of that strikeout. Ryan went on to set the career record for strikeouts in the major leagues: 5,714.

Here’s the inscribed rock. Moore was removed from that office twice for judicial misconduct, failed in his bid to become a U.S. senator, and now is sitting around doing very little. 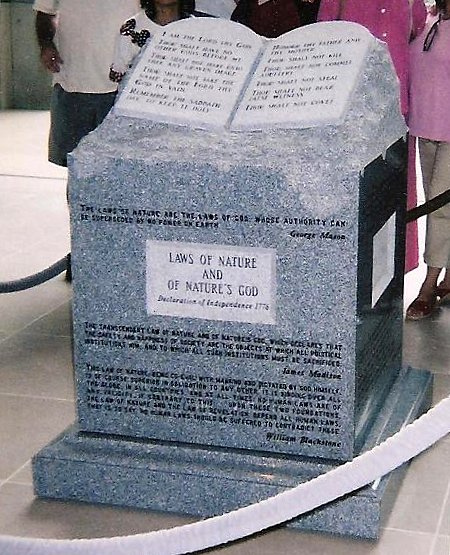 Here’s a summary video of that lopsided game:

Wikipedia gives an interesting fact about this writer, poetess and satirist: “Parker died on June 7, 1967, of a heart attack at the age of 73. In her will, she bequeathed her estate to Martin Luther King Jr., and upon King’s death, to the NAACP.” 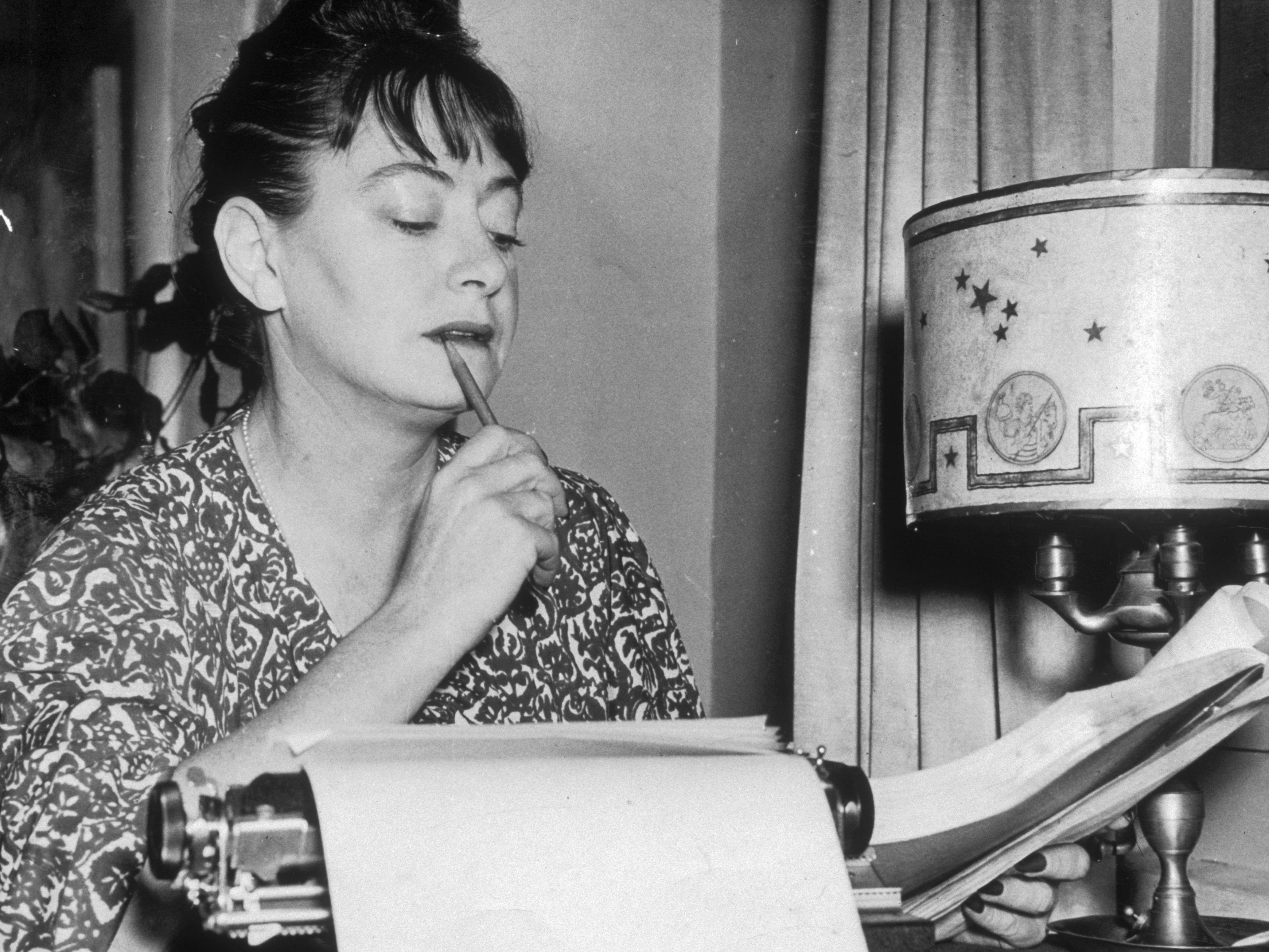 Riefenstahl with Goebbels in 1938, and then her grave in Munich: 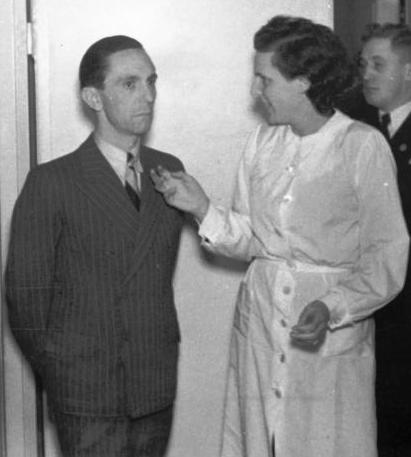 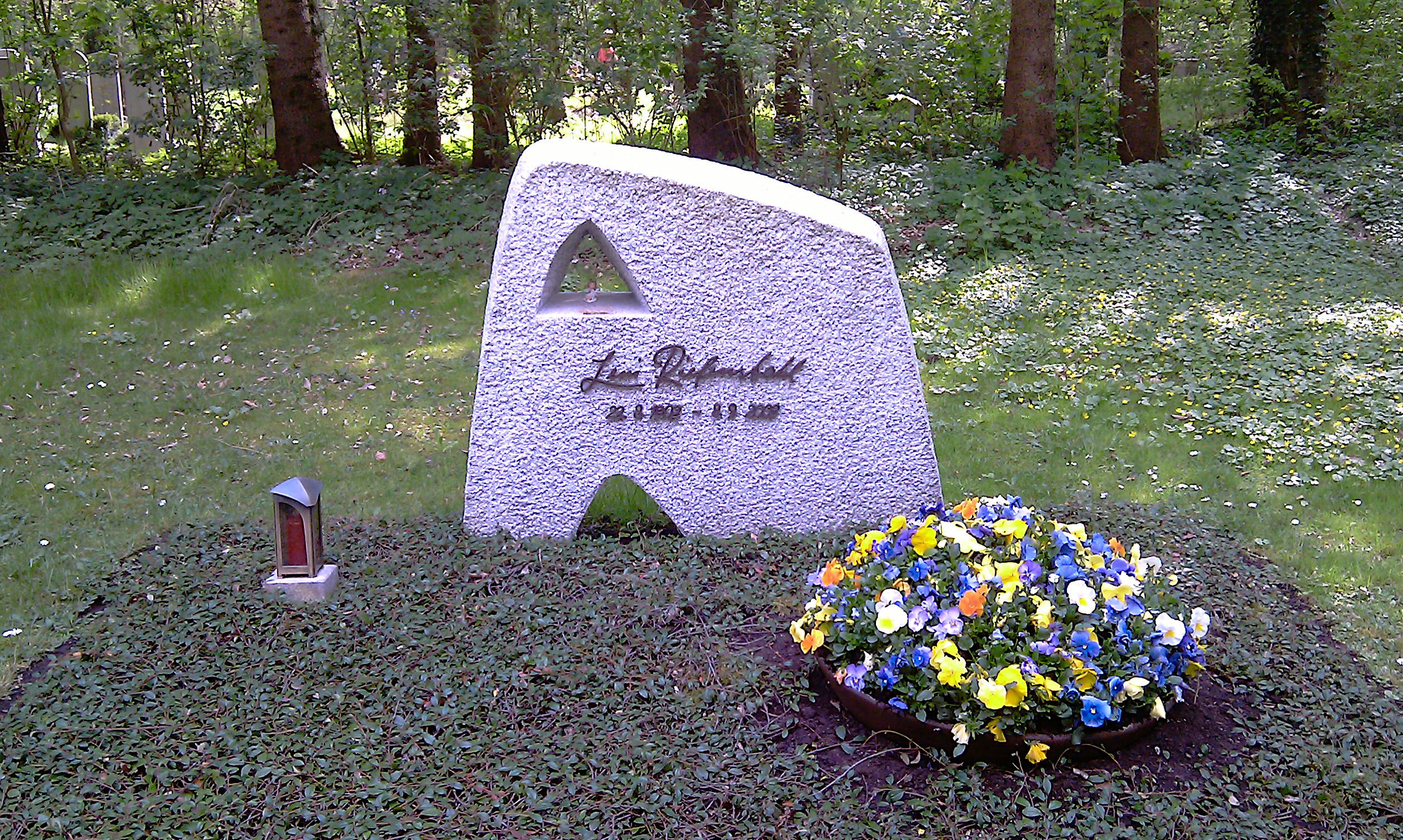 Cartier-Bresson is my favorite street photographer of all time. Here’s one of his photos with the caption, “Gestapo informer recognized by a woman she had denounced, Transit Camp, Dessau, Germany. 1945. Gelatin silver print.”: 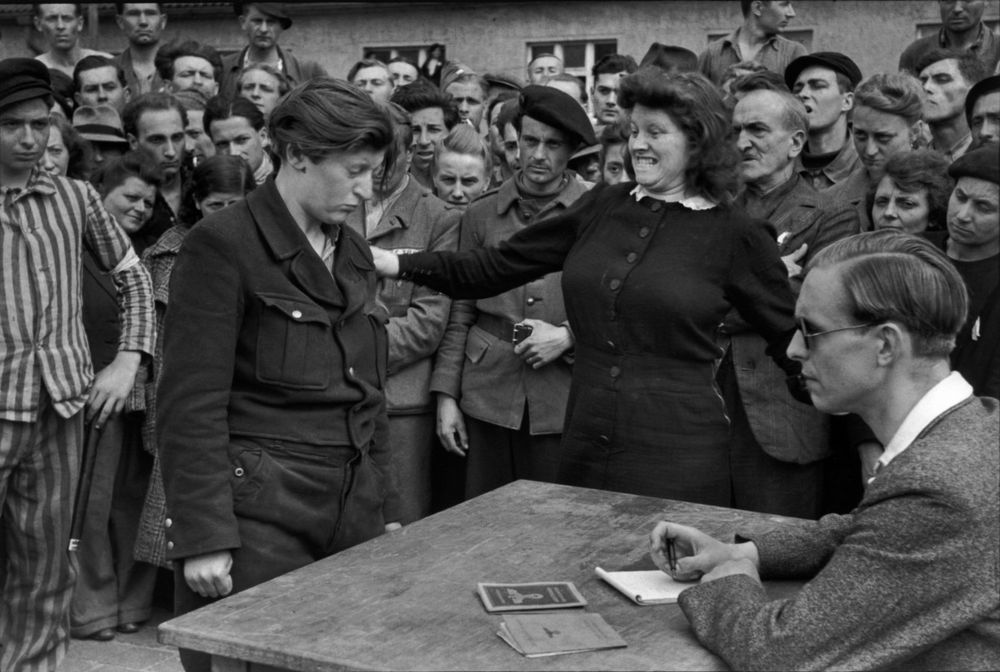 Those who popped off on August 22 include:

Meanwhile in Dobrzyn, Hili’s narcissism has come to the surface:

Hili: We are in trouble.
A: What happened?
Hili: The world is not paying any attention to us. 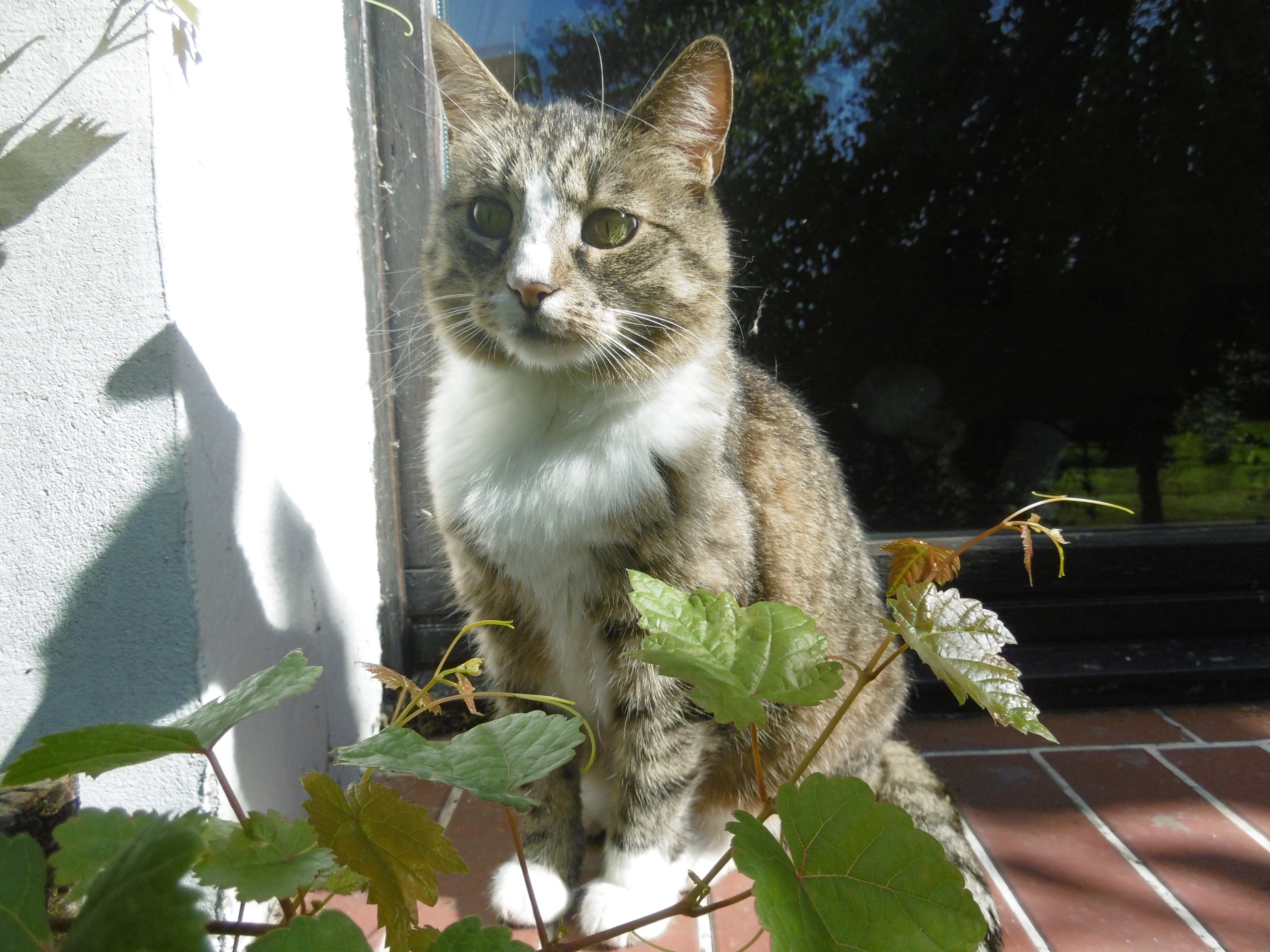 And a photo of little Kulka—napping, of course: 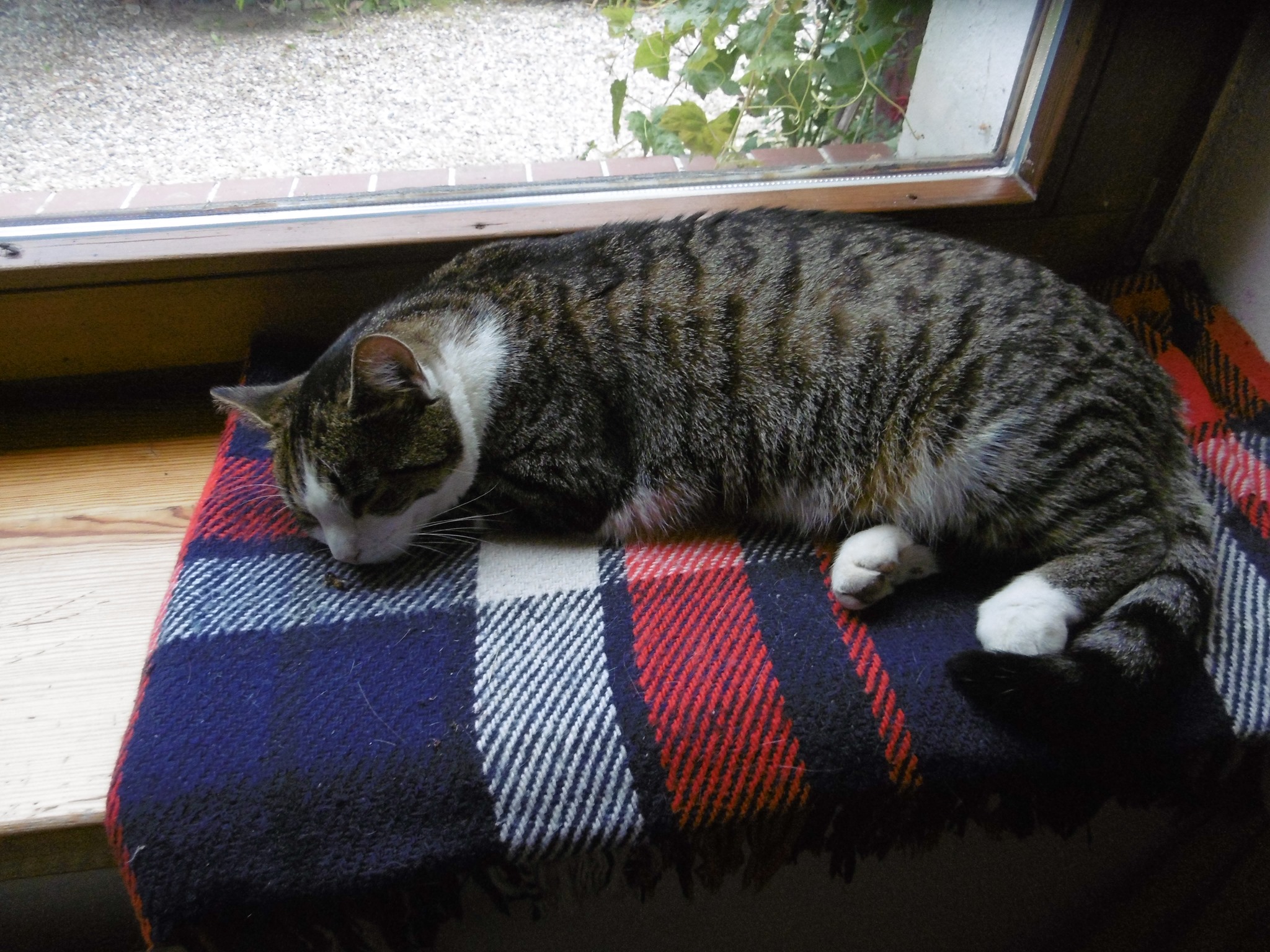 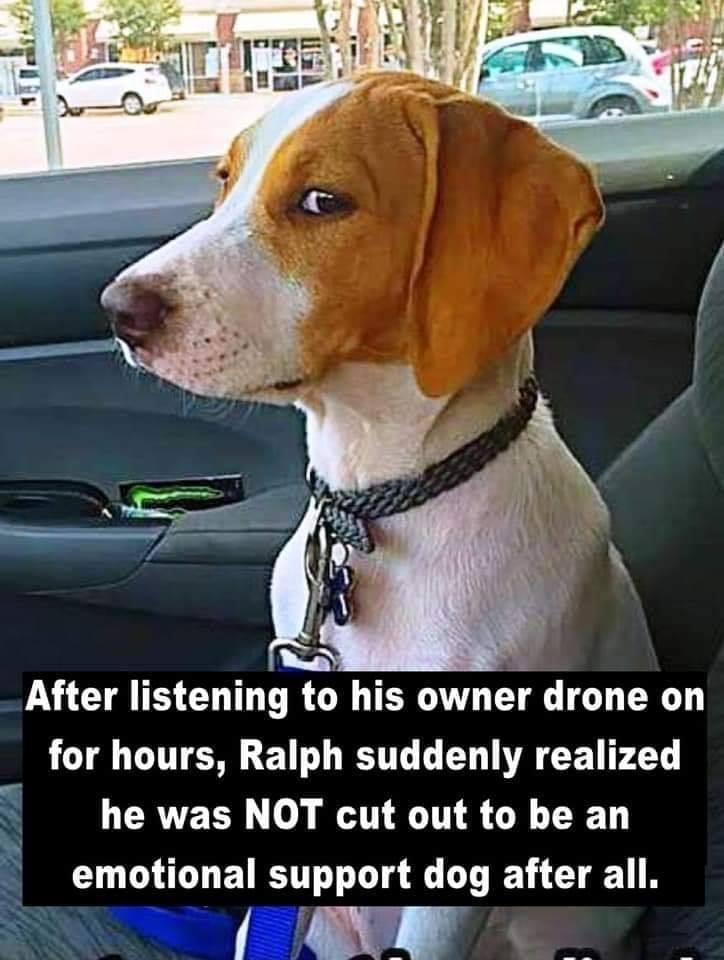 A Calvin and Hobbes cartoon from Stash Krod: 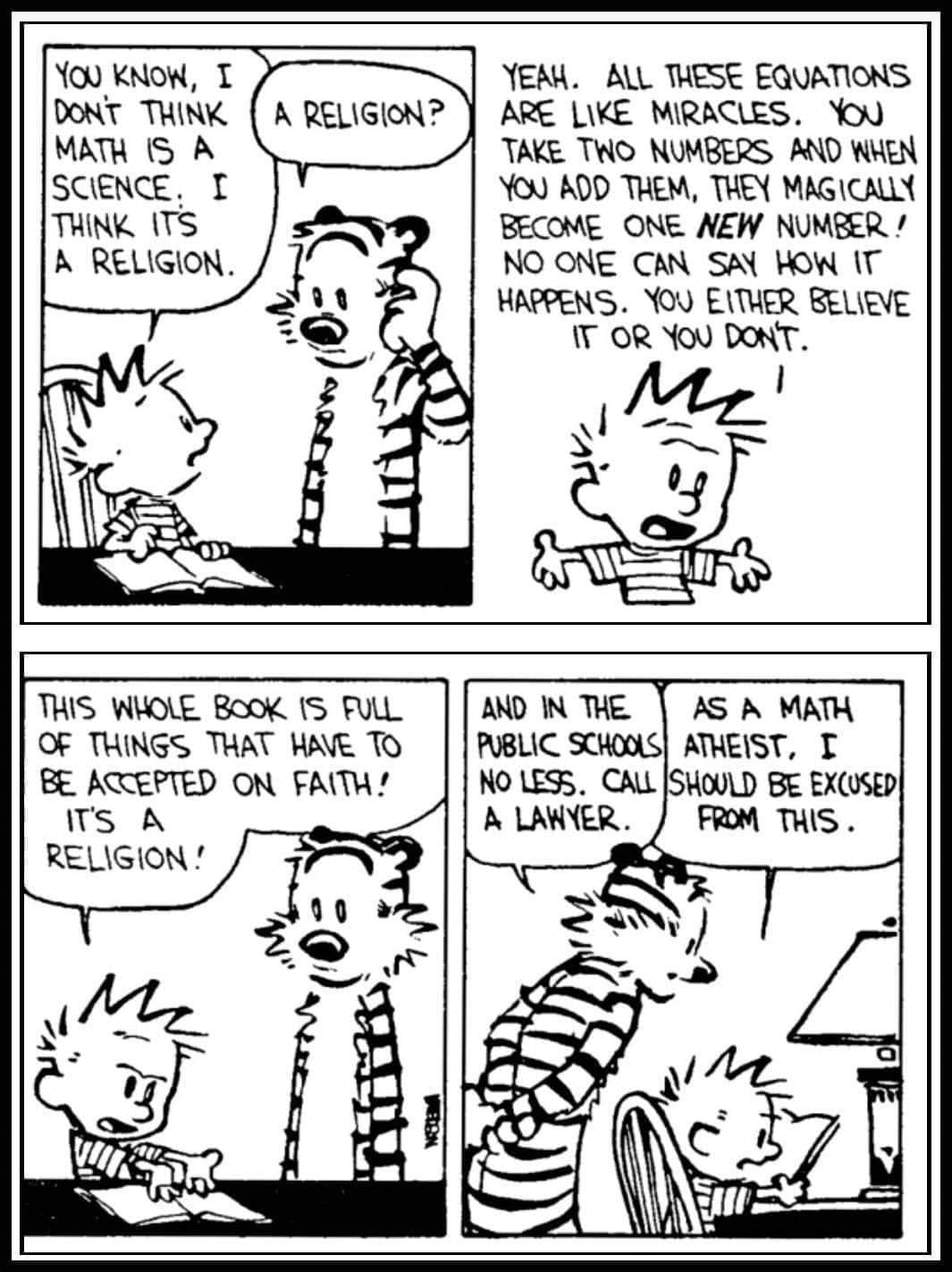 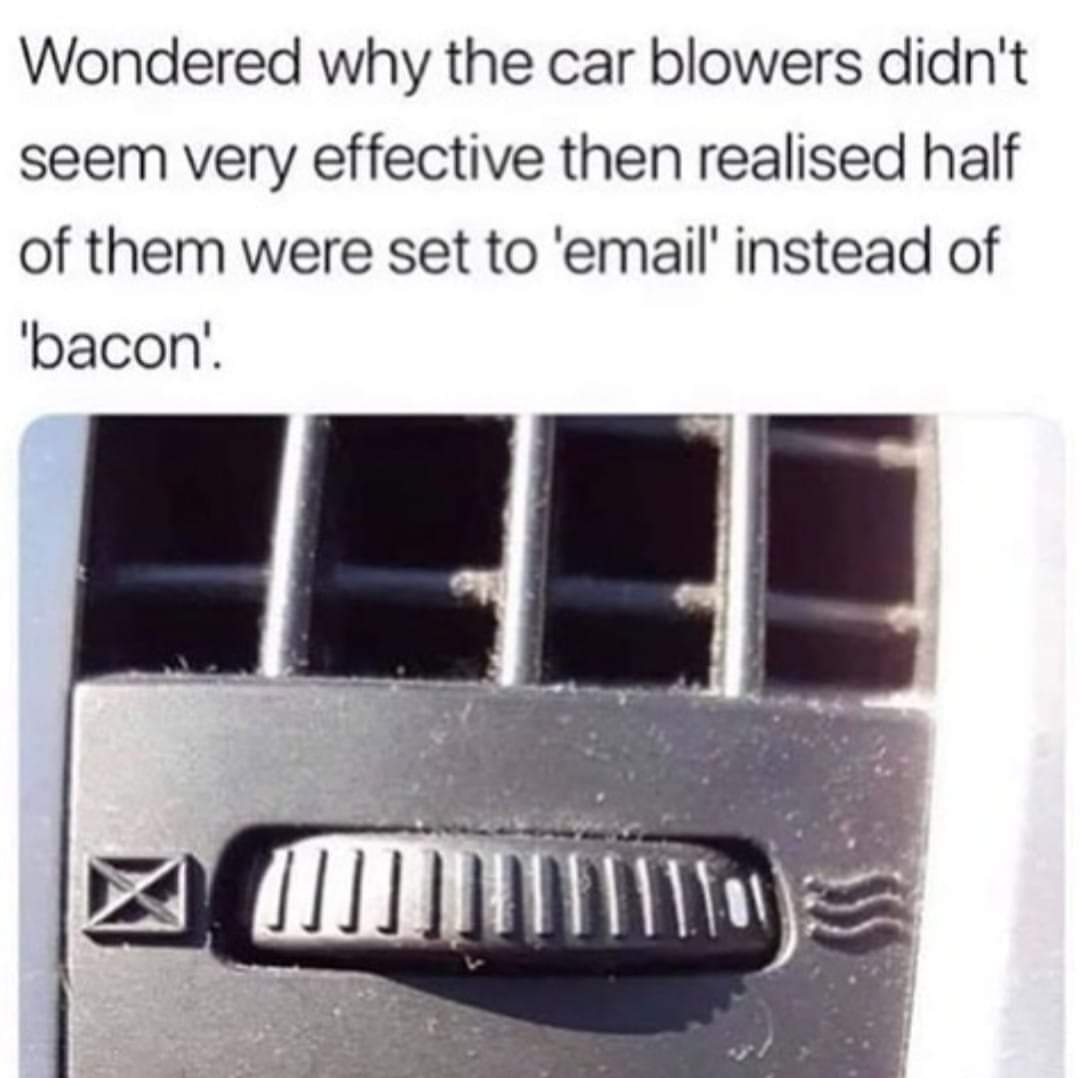 Taliban is parading and public shaming a thief by coloring his face in black. This racist, misogynist, medieval and ruthless terrorist group is now ruling over Afghanistan. They use the exact same tactics as the Islamic Republic of Iran. We Iranians have seen this as well pic.twitter.com/p41VEqPSCB

From Titania: read about Larry Elder.

When black people enact whiteness, they intensify its toxicity.

From the daily post of the Auschwitz Memorial twitter site, marking every day with a birth, death, or other event in the life of an Auschwitz inmate:

In 1944 she was deported to #Auschwitz and murdered in a gas chamber. pic.twitter.com/T6qgkYR8G5

CRTina doll, from the Babylon Bee via Luana:

CRTina Doll Will Happily Turn Your Family Against You

Picture this. A toy that will explain racism to your child. And that you are part of the problem. That’s CRTina. And this… is The Woke Zone.

Tweets from Matthew. Some babies swim, some get a ride. Do they change places?

#PhotoOfTheDay: A female Red-breasted Merganser takes her ducklings for a swim at Silver Lake in California. Connie Cassinetto submitted this adorable photo to our U.S. & Canada Gallery. https://t.co/GN8XBb8EiF pic.twitter.com/XQYW2Vla5D

This is a spider mimicking an ant. Note that it even moves its front legs like antennae!

There are 27 tweets in this thread by Angela Rasmussen, co-author of the Cell paper we discussed about the wet-market origin of the Covid-19 infection. If you don’t think the pandemic started with an infection in the market, do have a look at the thread.

Today our review of the evidence for the origins of SARS-CoV-2 graduated from a pre-print to peer-reviewed pre-proof in @CellCellPress.

Can we rule out a "lab leak"? No, but if we objectively follow the evidence, it leads us away from that hypothesis.https://t.co/IF2jAZ7BQE