Today’s Sunday, so we have a themed batch of bird photos from evolutionary biologist John Avise. His notes and words are indented, and you can enlarge the photos by clicking on them (twice in succession to make them really large).

The Killdeer (Charadrius vociferus) gets its name from its high-pitched call: “keeeel deeeer”.  [JAC: The Cornell bird site has an audio page of kildeer calls.] But this species is also known for its “broken-wing” display, which it uses to distract predators from its nest.  Killdeer nest on the ground in a shallow scrape, and whenever a predator approaches, the nest-tender lures the animal from its eggs or chicks by running several yards away and performing a ruse in which it conspicuously flops on the ground pretending it has a broken wing.  [I don’t know of any other bird that routinely displays such behavior.] Only after the confused predator departs does the Killdeer parent return to its nest to incubate the eggs or tend the young.  These pictures were taken in Southern California. 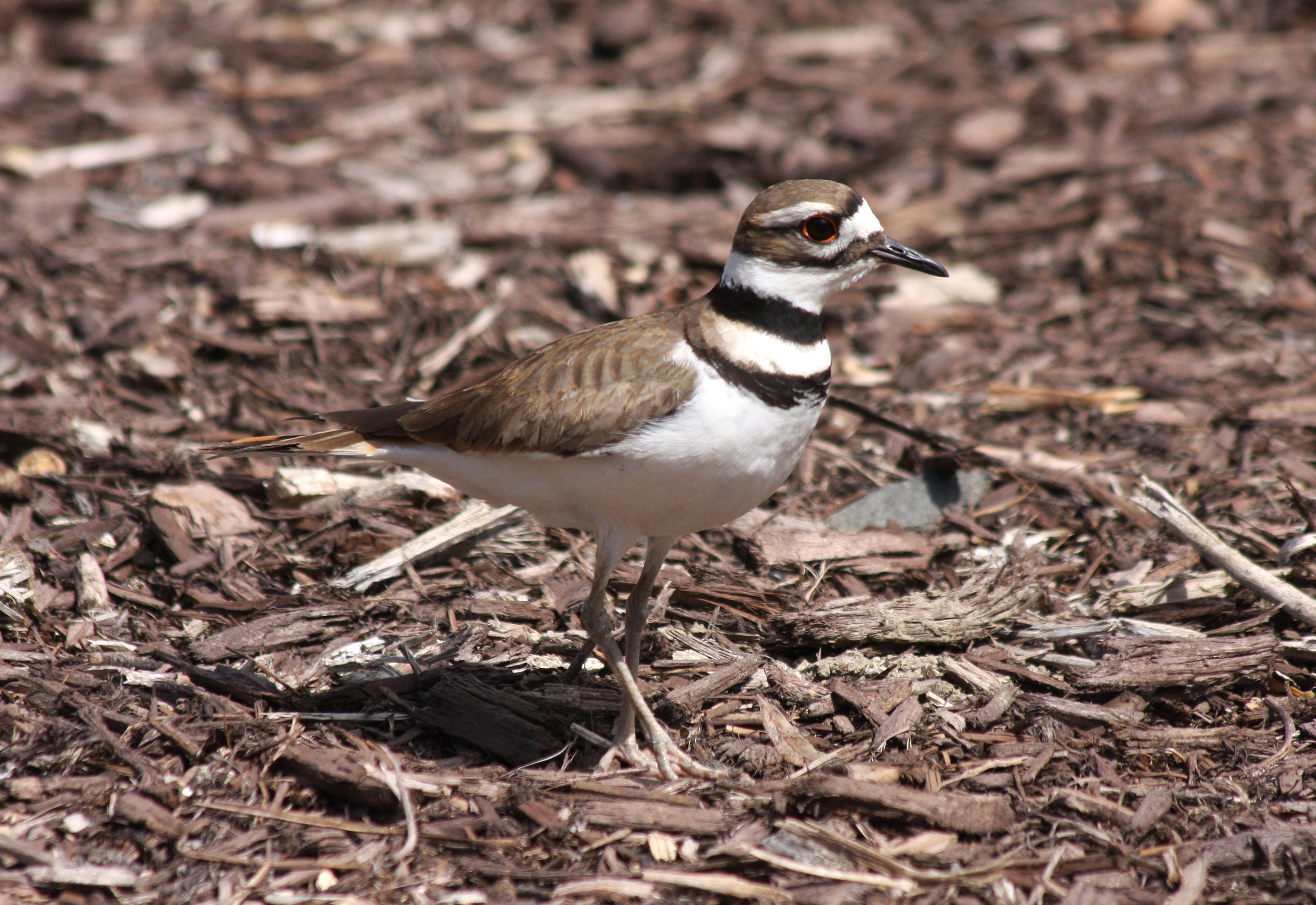 Another adult, with reflection: 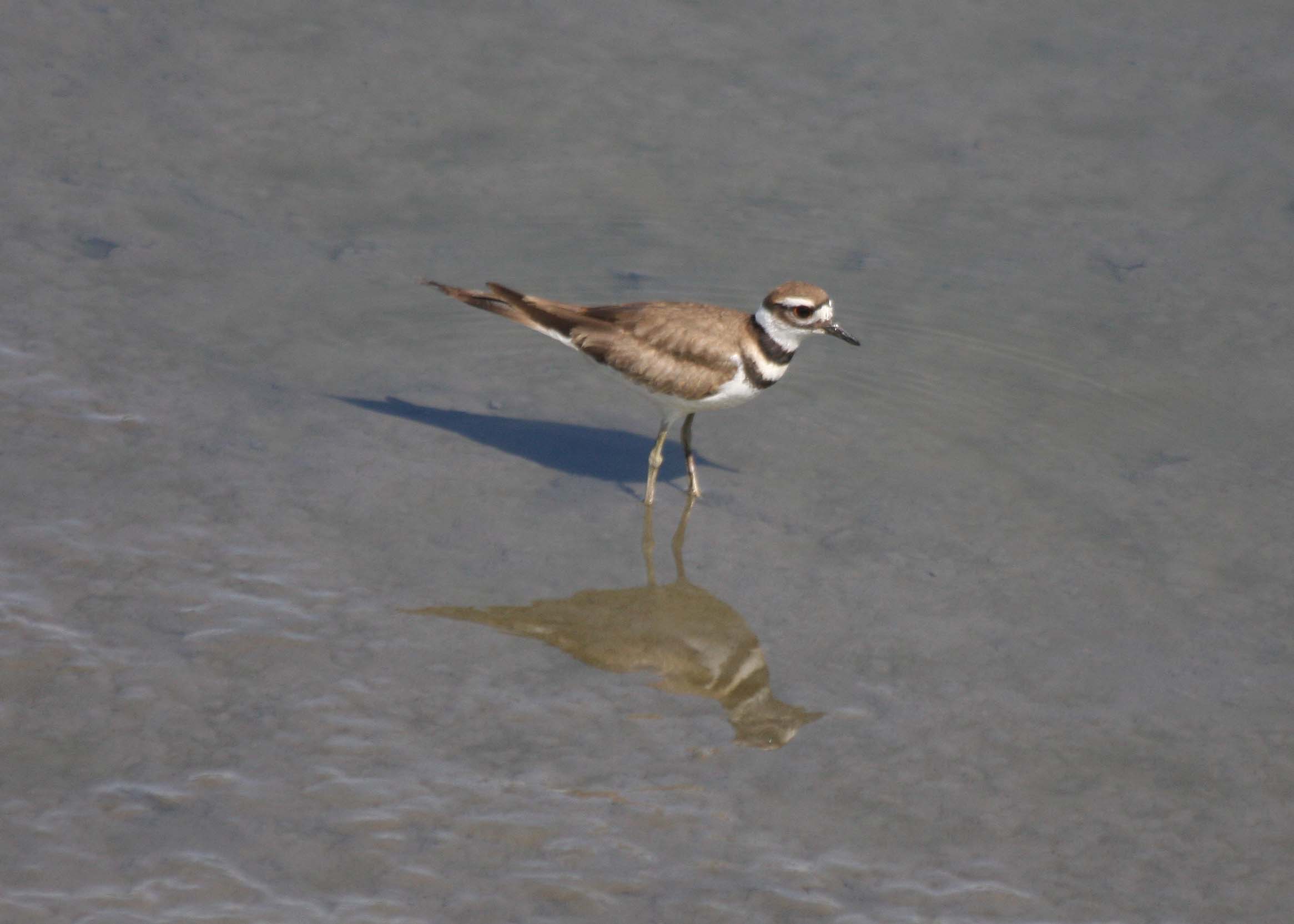 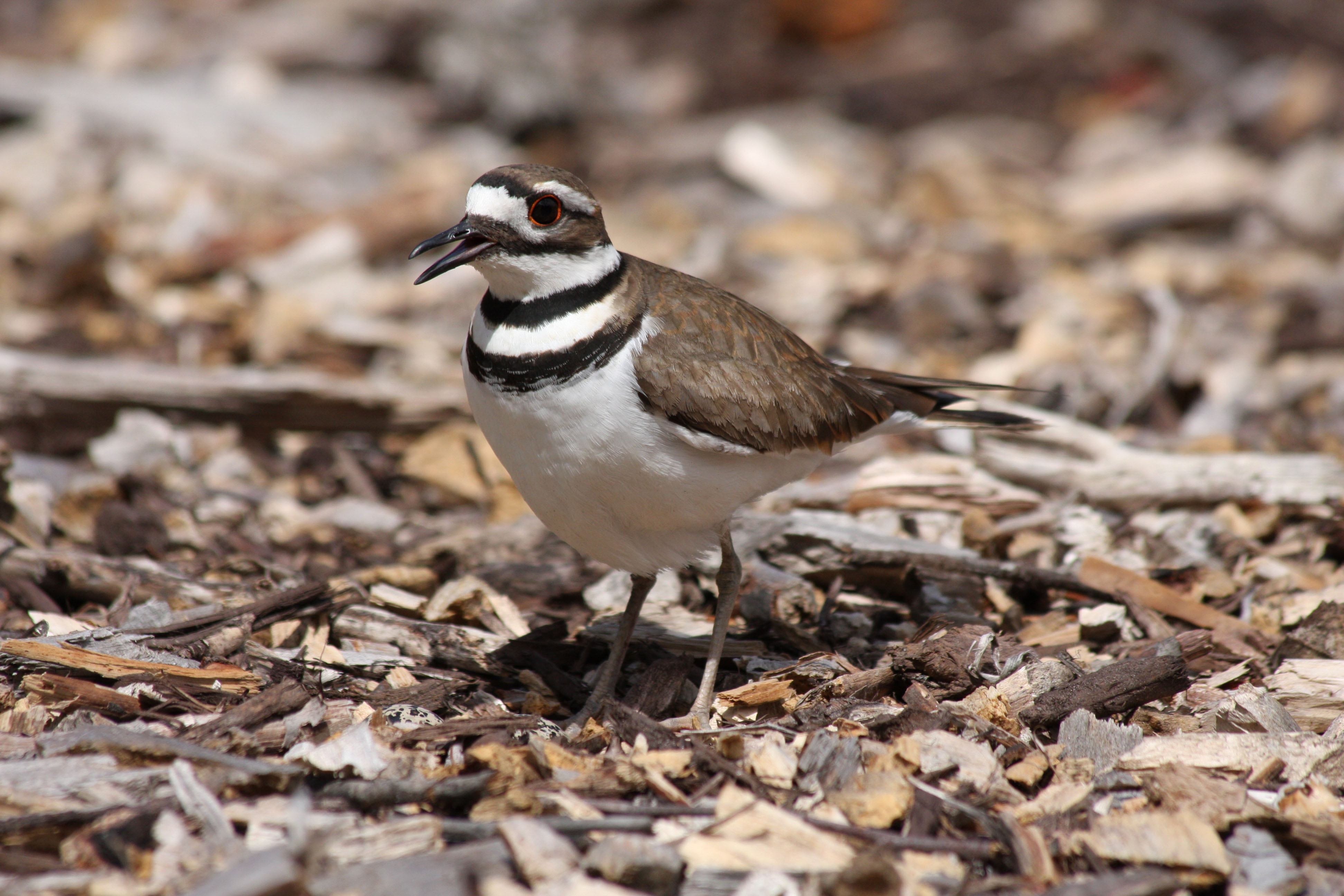 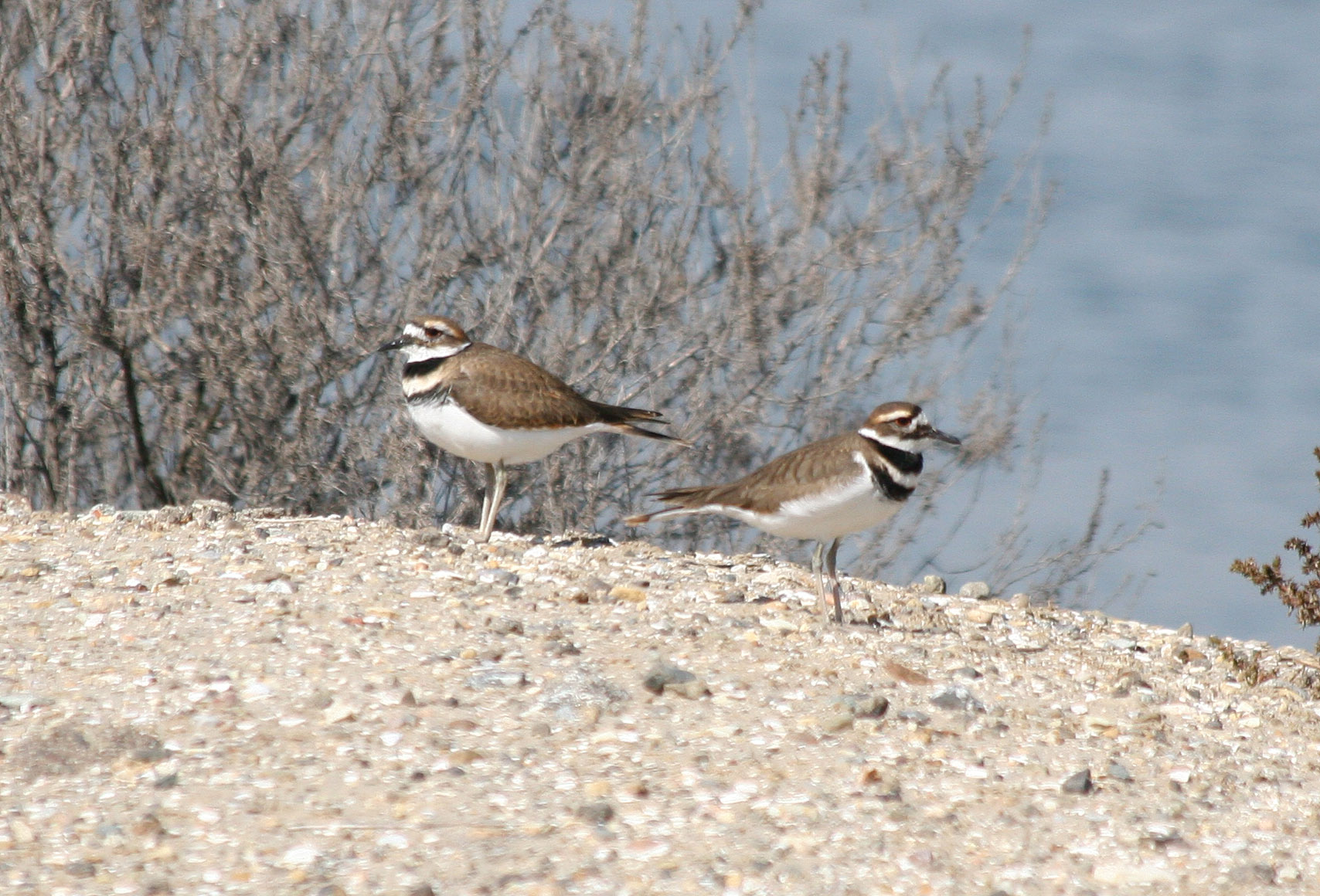 Killdeer are actually “shorebirds” (in the family Charadriidae): 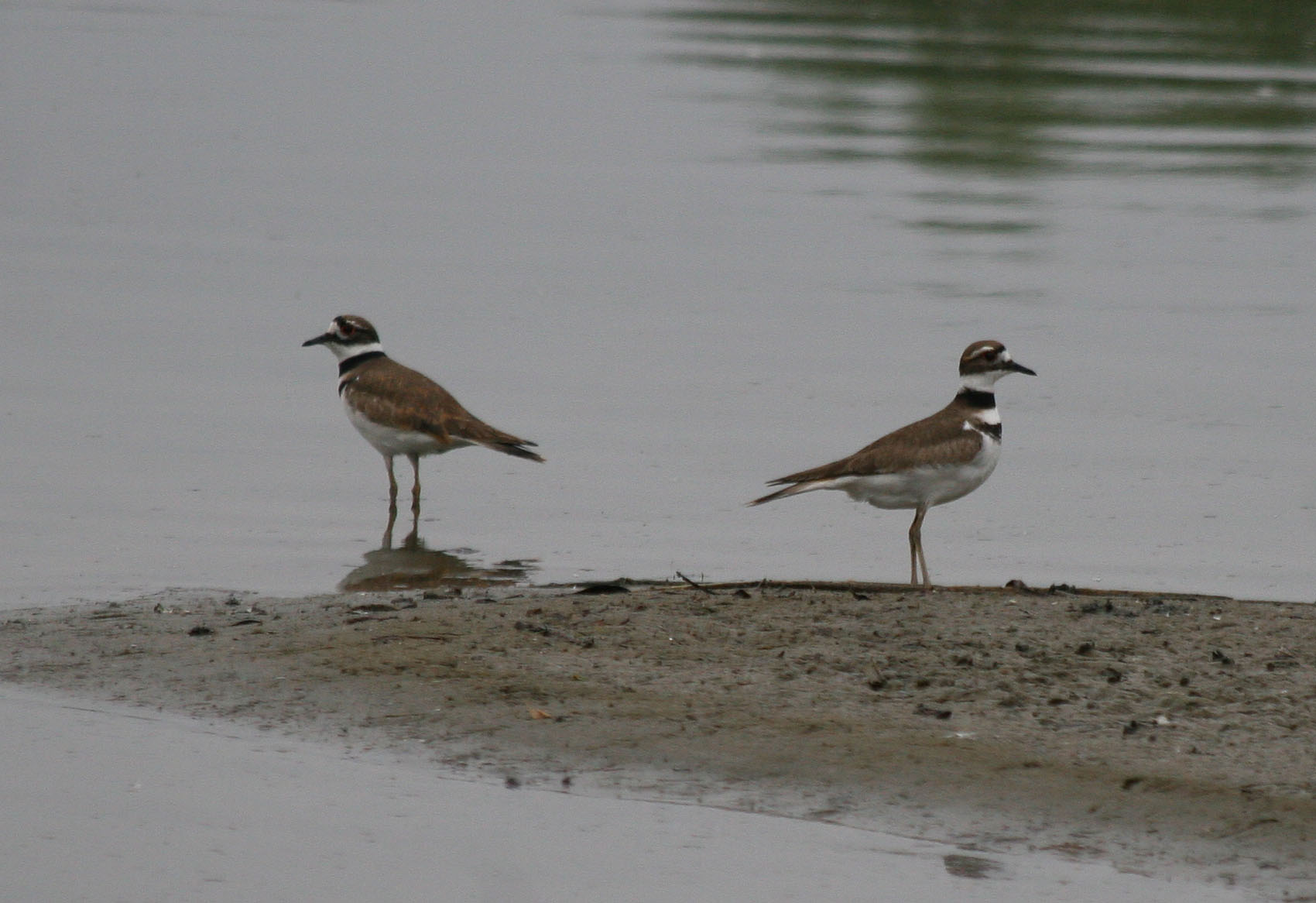 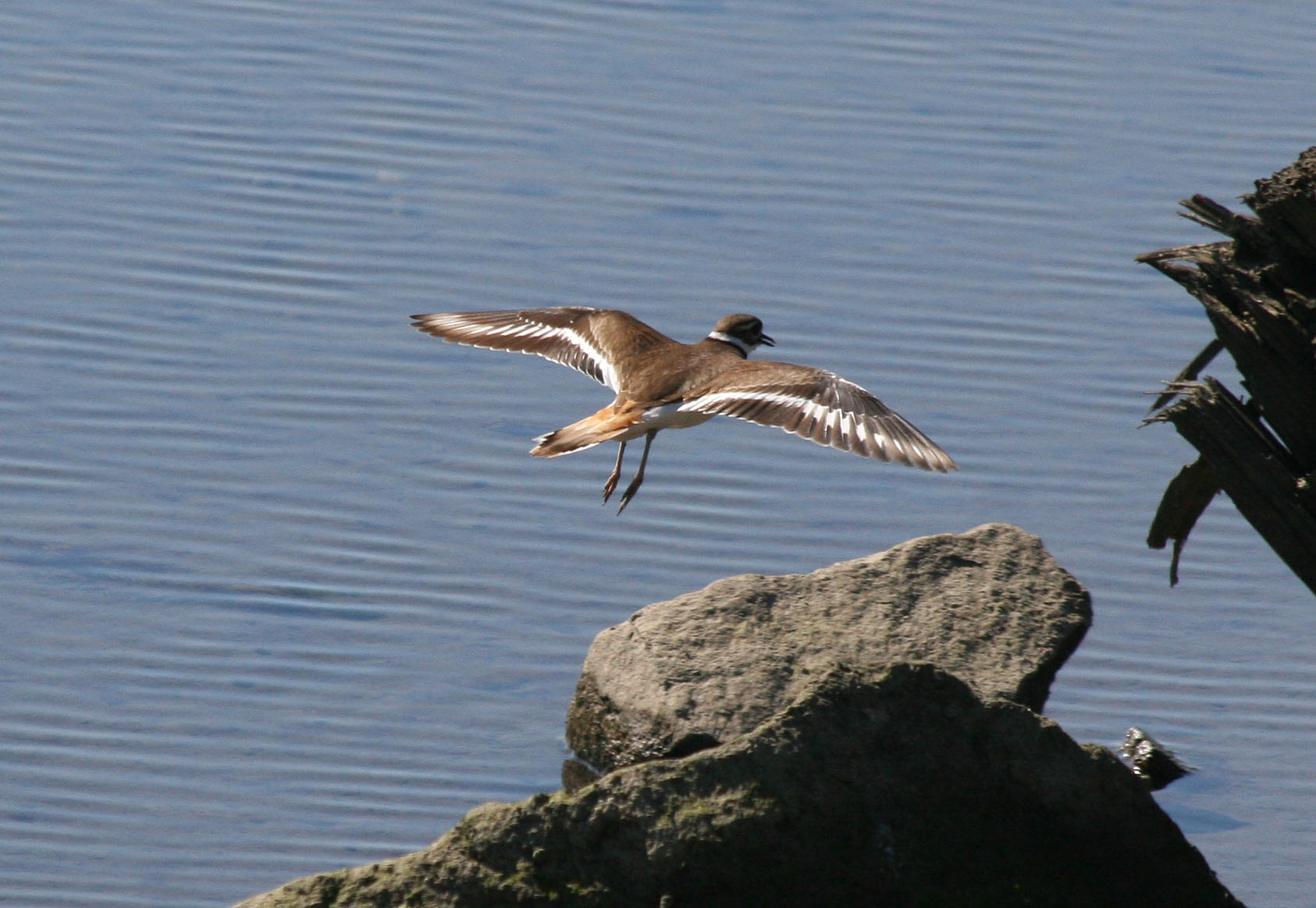 Another Killdeer in flight (where they often issues their keeel-deeer call): 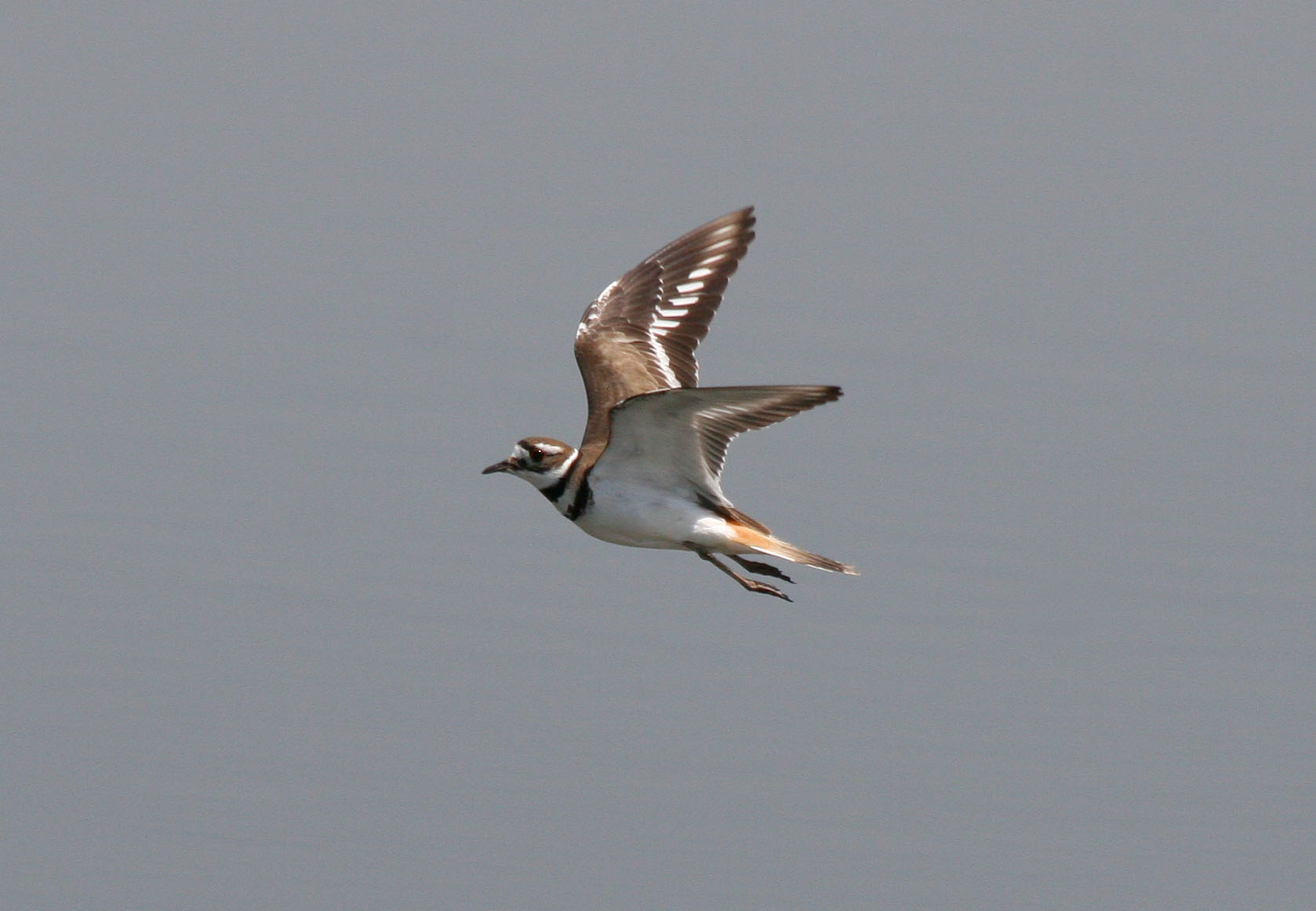 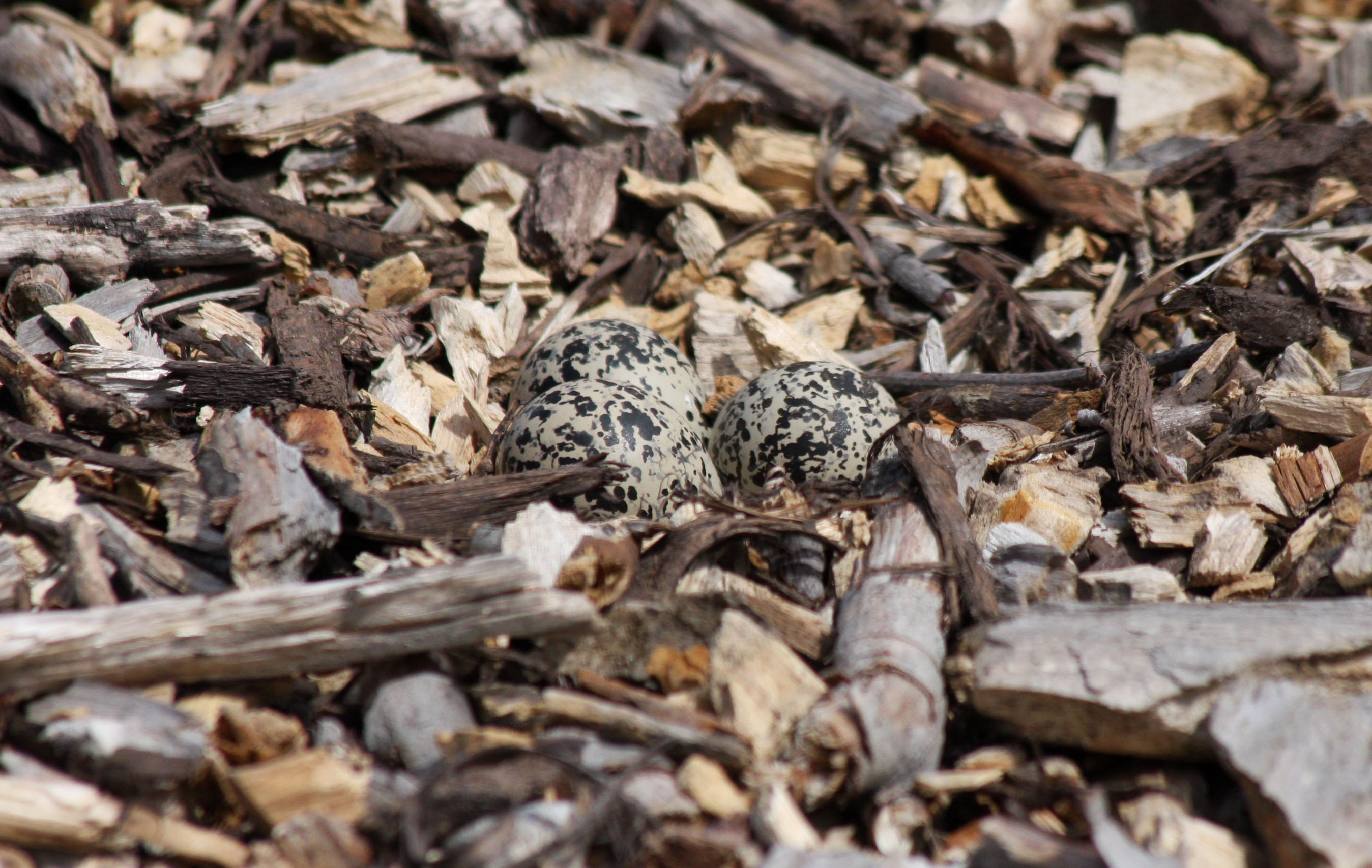 Adult on nest with eggs: 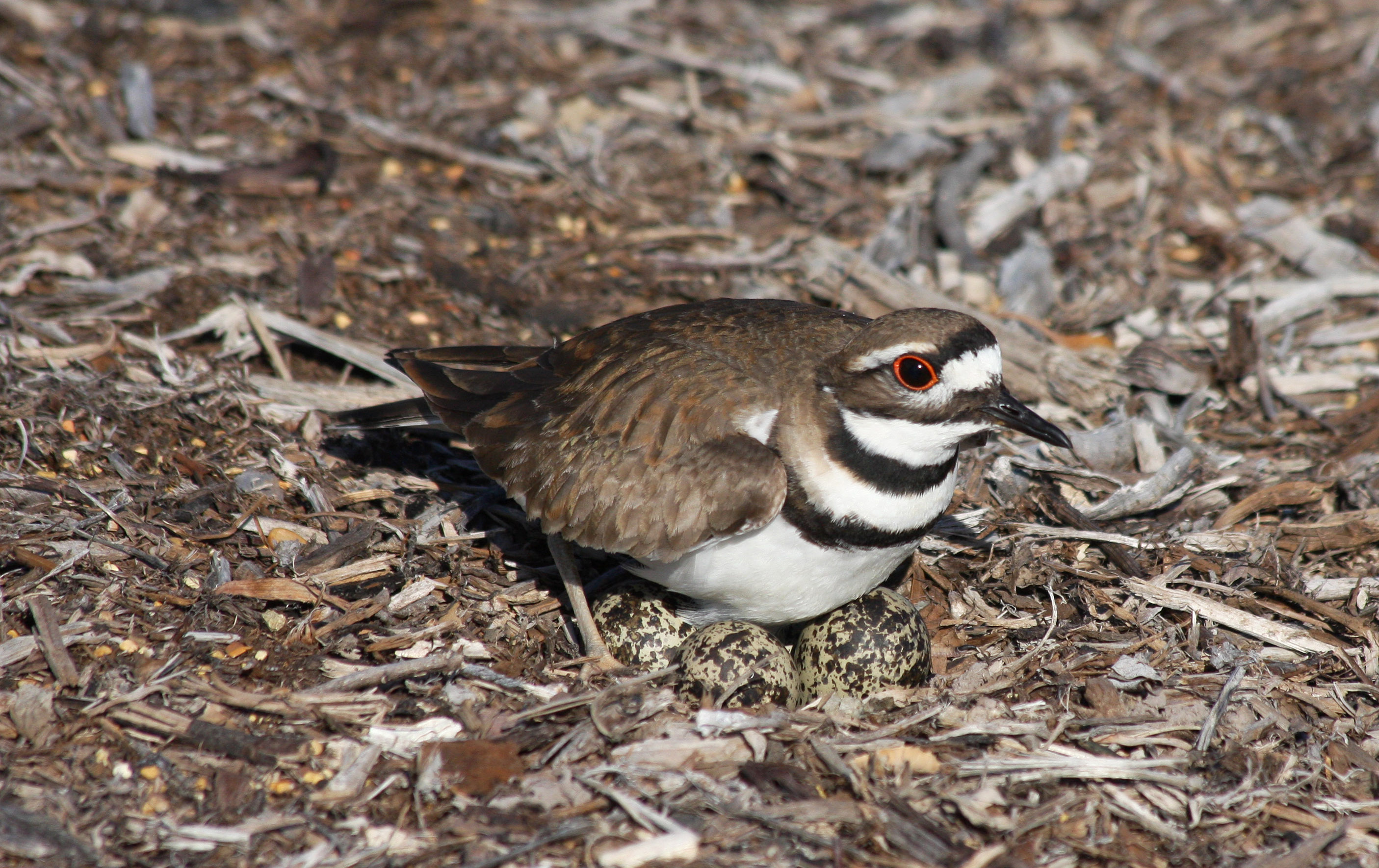 Another view of adult on nest: 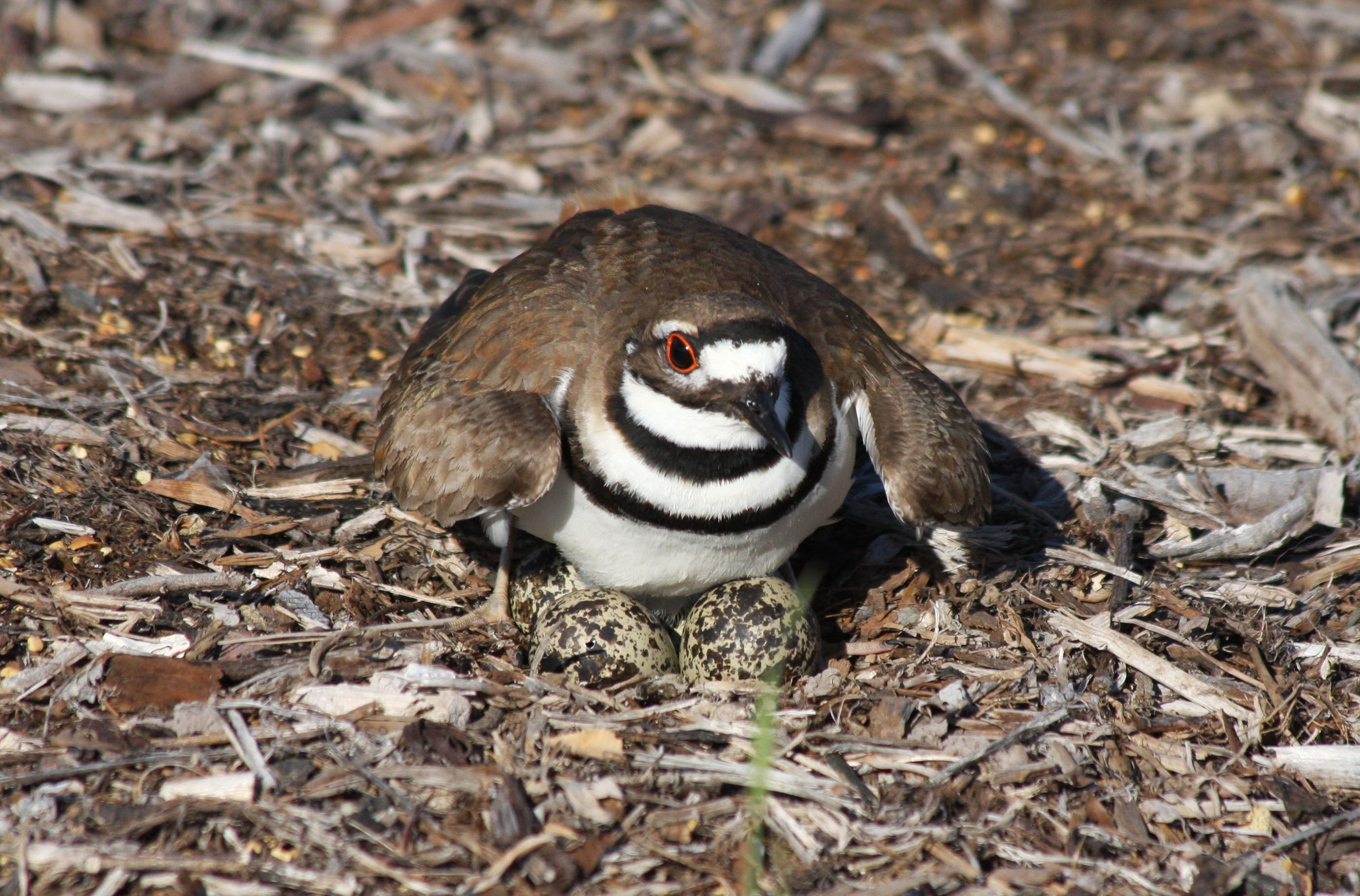 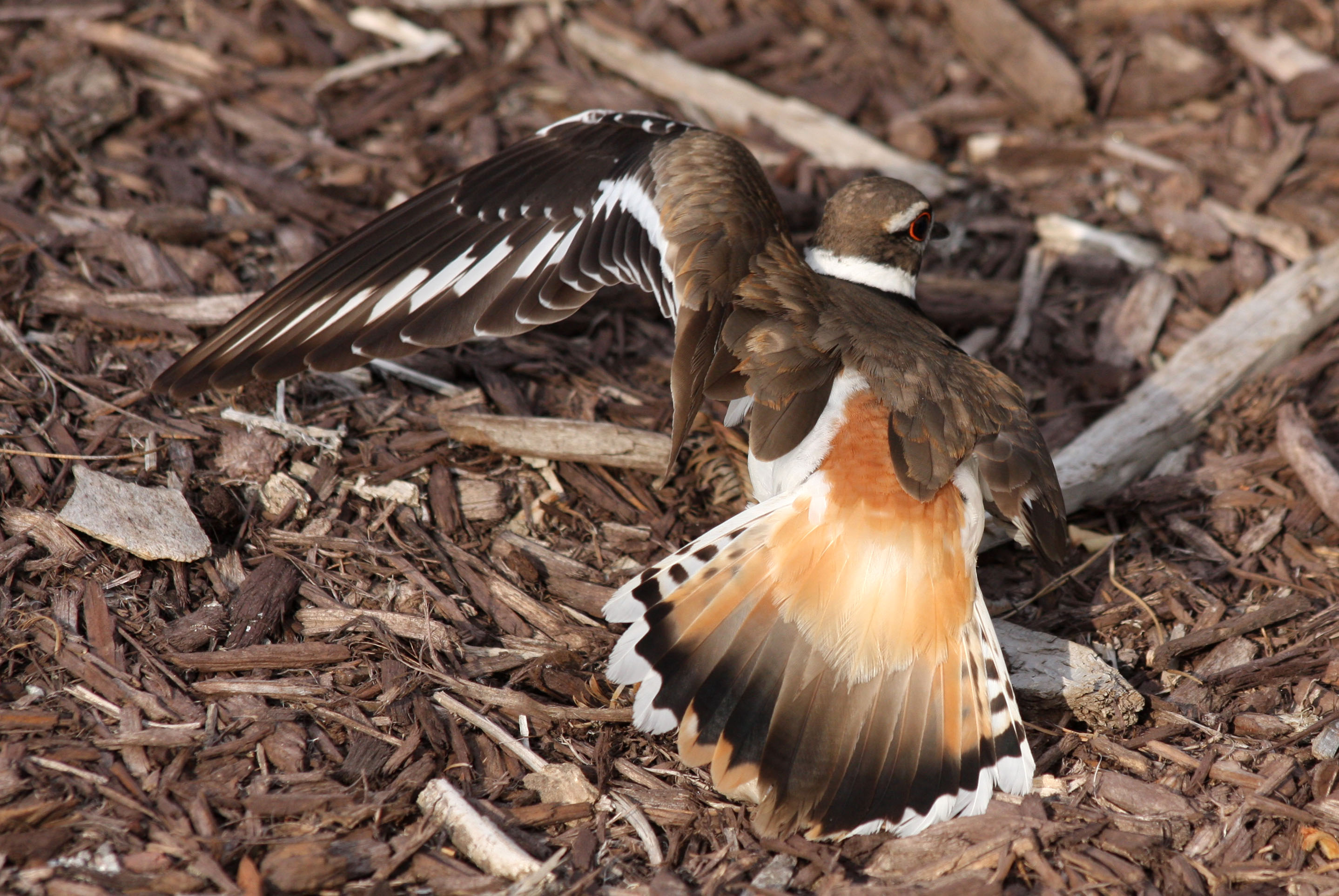 Another view of the broken-wing display: 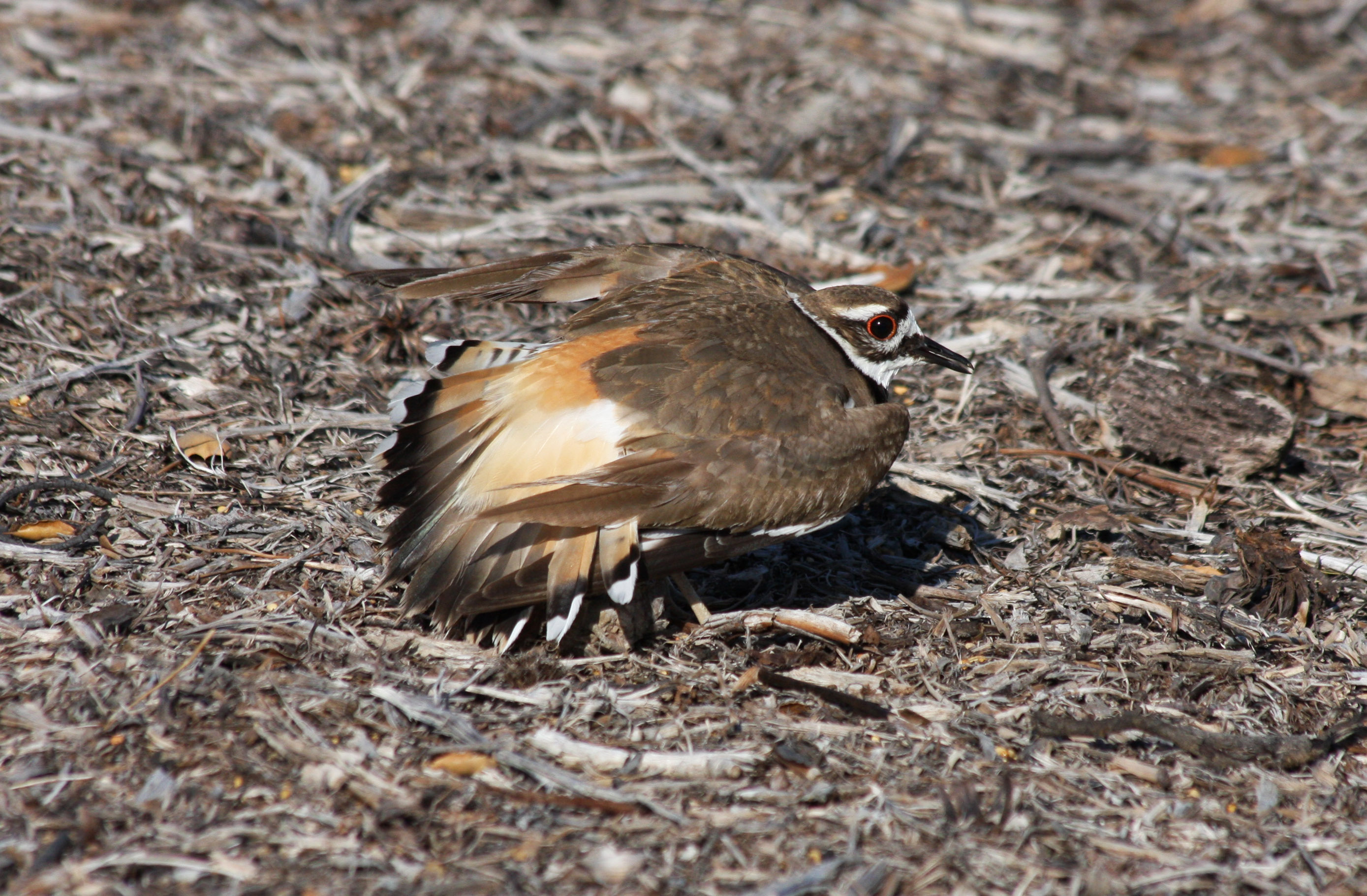 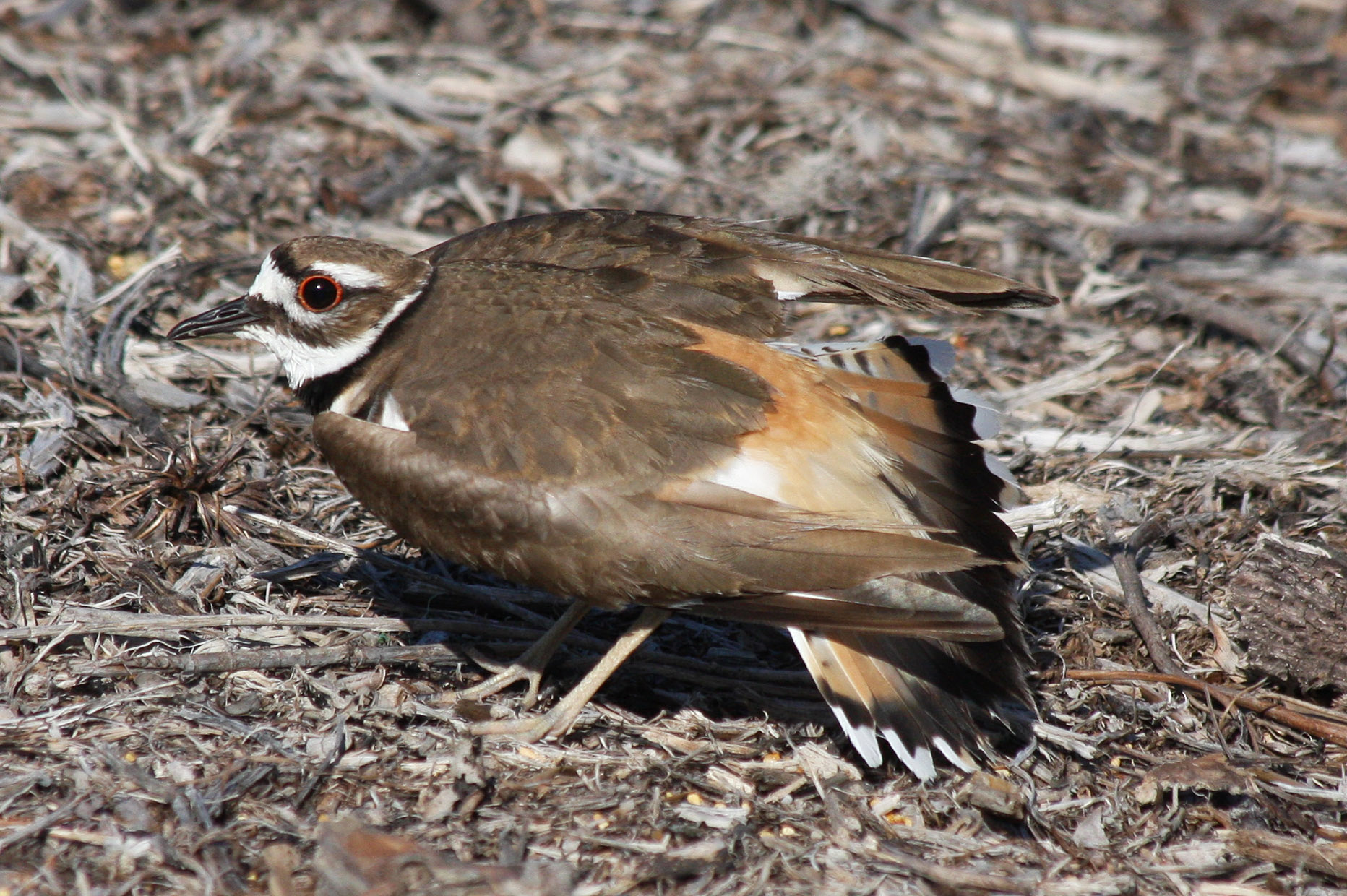 A final view of the broken-wing display: 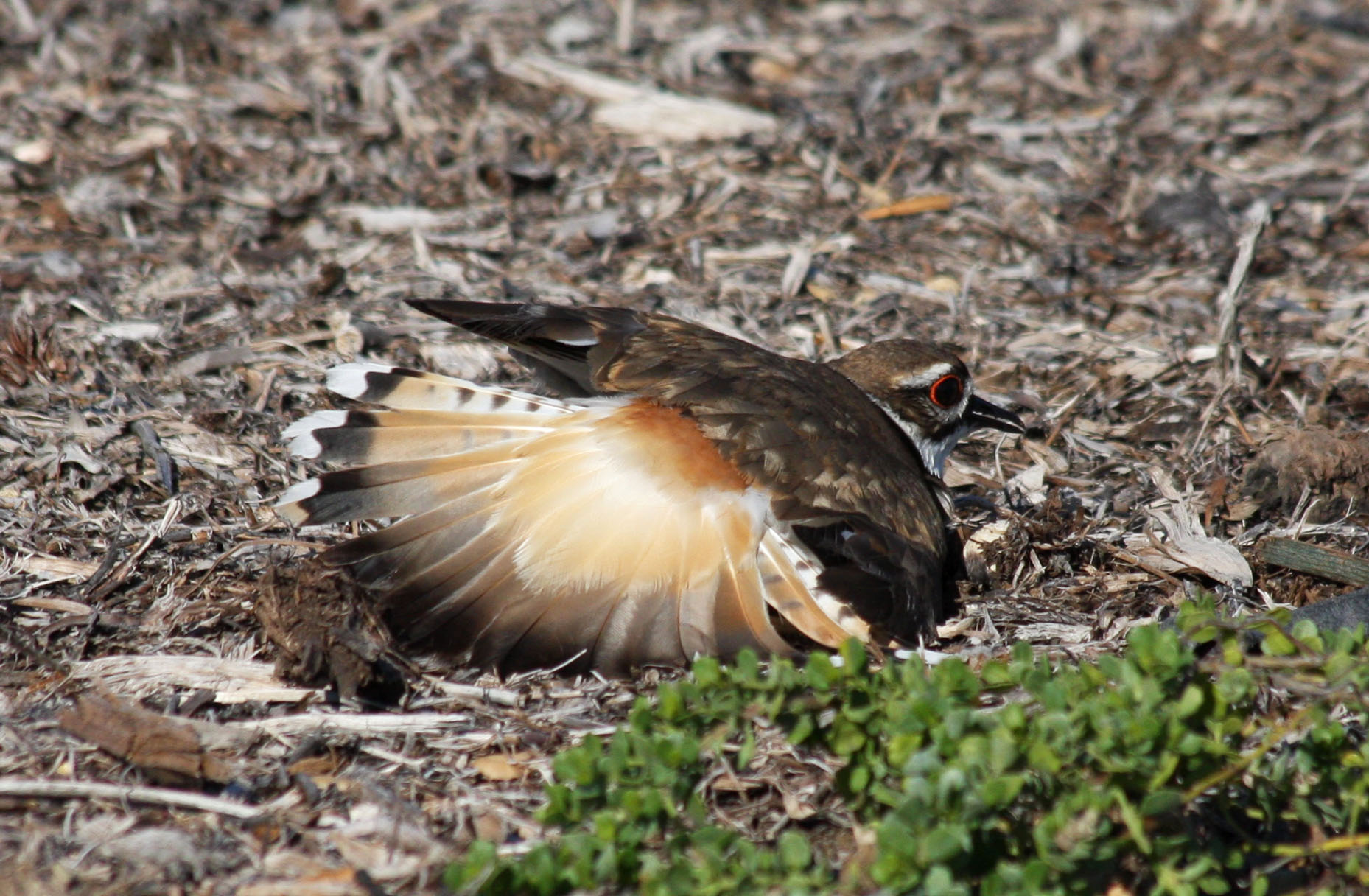 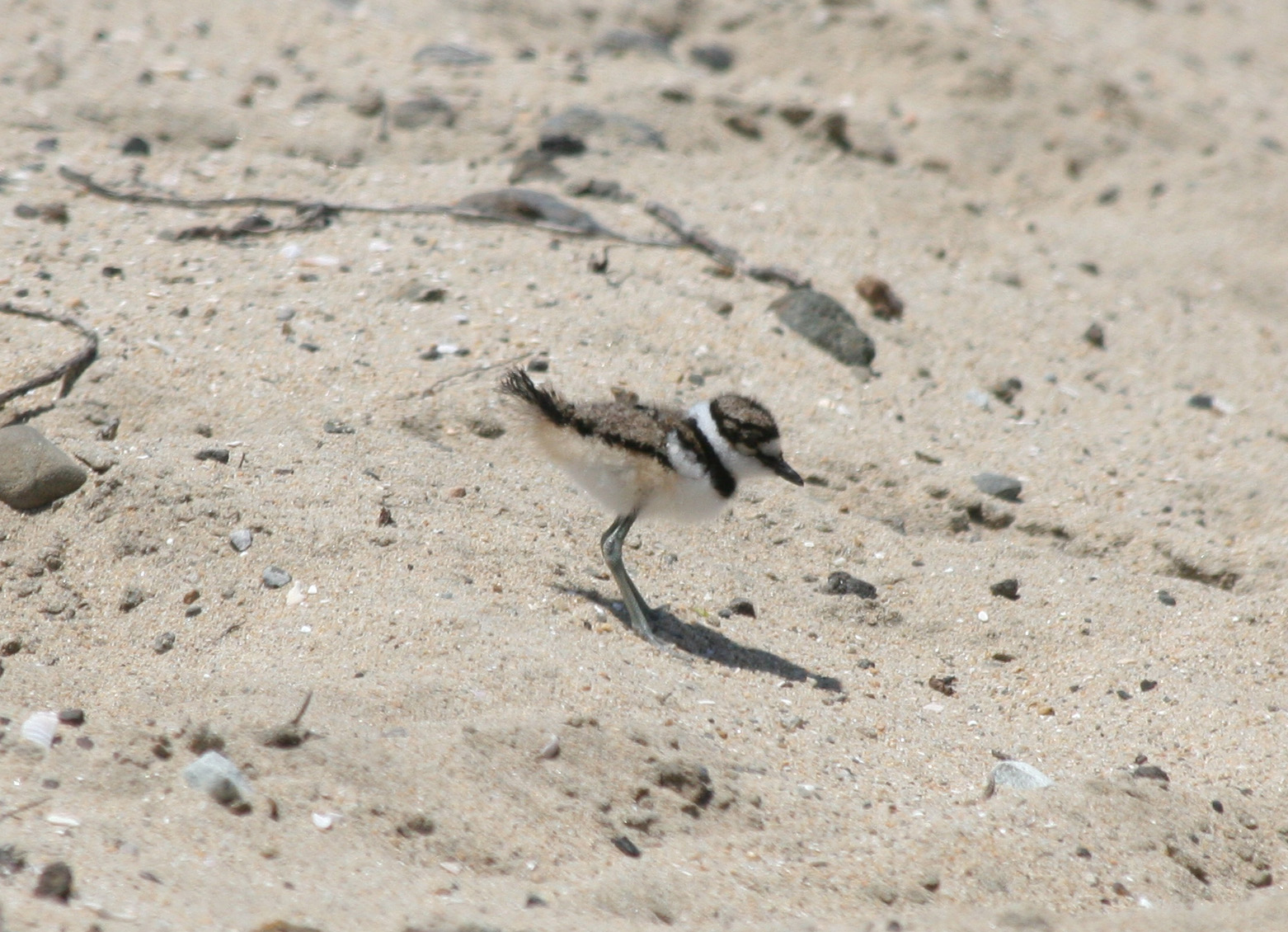 JAC: I added a video from YouTube showing the broken-wing display in action as well as a kildeer sitting on its nest: