Good morning on a Hump Day, August 18, 2021: National Ice-Cream Pie Day. In my view, though, ice cream is best placed as a scoop atop a warm pie rather than actually being the filling of a pie. It’s also National Fajita Day, Pinot Noir Day, Helium Discovery Day, celebrating the day the element was identified in 1868, and National Bad Poetry Day. There’s some really good bad poetry out there, and I’d steer you to the timeless works of American poetess Julia A. Moore (the “Sweet Singer of Michigan”) and her Scottish equivalent, William McGonagall. In fact, there’s a whole book of the world’s best bad poetry called The Stuffed Owl, which you might put in your bathroom. It’s good for a lot of laughs. For an example of Moore’s oeuvre, I recommend the poem “Little Libbie.” For McGonagall, read “The Tay Bridge Disaster.”

Taliban 2.0 in Afghanistan are trying to put on a kinder face, starting Twitter accounts and, according to the New York Times, giving “vague assurances to women.” That is bullshit. They are engaged in the same oppression they’re known for, and the women of Afghanistan know it:

. . . many are deeply fearful, among them the millions of Afghan women who are afraid of a return to a repressive past, when the Taliban were in power from 1996 to 2001, and barred women and girls from taking most jobs or going to school. In 1996, a woman in Kabul had the end of her thumb cut off for wearing nail varnish, according to Amnesty International. In recent months, some women have been flogged by Taliban fighters for having their faces uncovered.

And Taliban 2.0 is already searching the houses of Afghanistan for young single women to marry to their “fighters.”

On the same page, Malala Yousafzai, whom the Taliban tried to kill for going to school, has an op-ed called “I fear for my Afghan sisters.”

Afghan girls and young women are once again where I have been — in despair over the thought that they might never be allowed to see a classroom or hold a book again. Some members of the Taliban say they will not deny women and girls education or the right to work. But given the Taliban’s history of violently suppressing women’s rights, Afghan women’s fears are real. Already, we are hearing reports of female students being turned away from their universities, female workers from their offices.

. . . We will have time to debate what went wrong in the war in Afghanistan, but in this critical moment we must listen to the voices of Afghan women and girls. They are asking for protection, for education, for the freedom and the future they were promised. We cannot continue to fail them. We have no time to spare.

What can we do for them? I will try to find out. One way is The Malala Fund, her own fund to help Afghan women, though it’s unclear how the money will be used now that the Taliban country the country.

It turns out that desperate Afghans trying to cling to departing airplanes in Kabul were indeed killed in the attempt. As the Washington Post reports,

The Air Force said on Tuesday that it is launching an investigation into the deaths of civilians related to a C-17 flight that departed Kabul, including reports of people falling from the airborne plane and human remains that were later found in a wheel well.

Back to the pandemic. It now looks as if we’ll all be getting booster shots for the coronavirus, with older folks and the immunocompromised first. Word on the street is that U.S. health authorities will very soon recommend a booster eight months after the second shot. That would be soon for many of us—September for me.

But there’s good news tonight! Alicia from Madrid, who was profiled here, has adopted a white kitten. The details:

I just want to tell you that my flat has a new inhabitant, a 4-month old kitten named Chema M I adopted 10 days Iago from a local shelter/foster home. He is a handsome lad, good humoured, loves cuddles. As you have been at least partially responsible for my decision, I’ve named you his honorary godfather (CeilingCatfather? Ungodlyfather?).

When I asked about the name, I got this response:

His full name is Chema Måneskin. Chema is a Spanish nickname for ‘José María’ or ‘José Manuel’, this last one is the name the foster family had chosen. Both are men’s names. His ‘surname’, Måneskin, means moonlight in Danish, and I thought it appropiate for his fair hair and blue eyes. It is also the name of the Italian rock group who won Eurovision song contest and whose songs I seem to listen to endlessly these days.

And here are two photos of the lovely Chema: 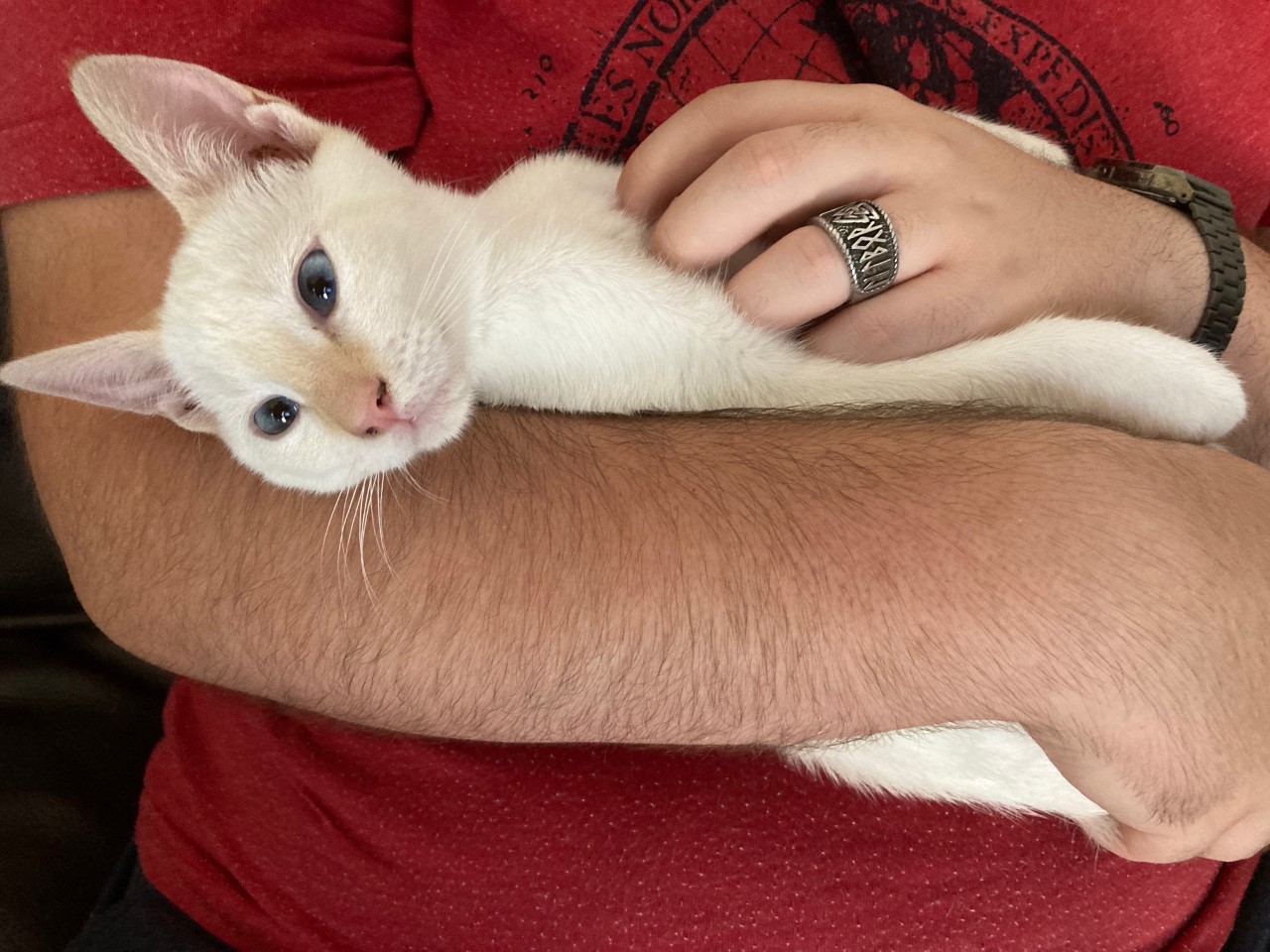 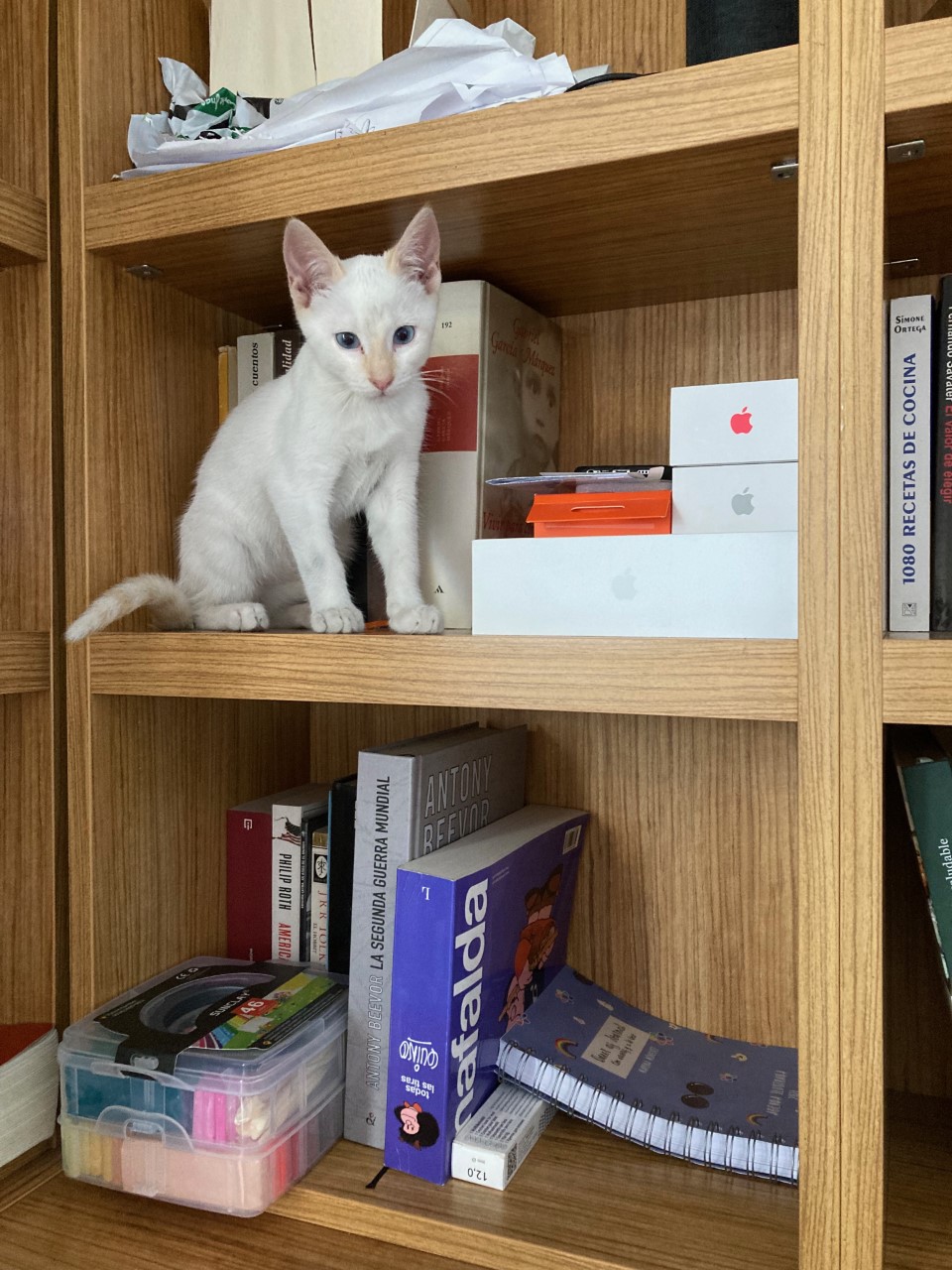 Stuff that happened on August 18 includes:

Here’s the first page of the Grámatica, with the dedication and prologue: 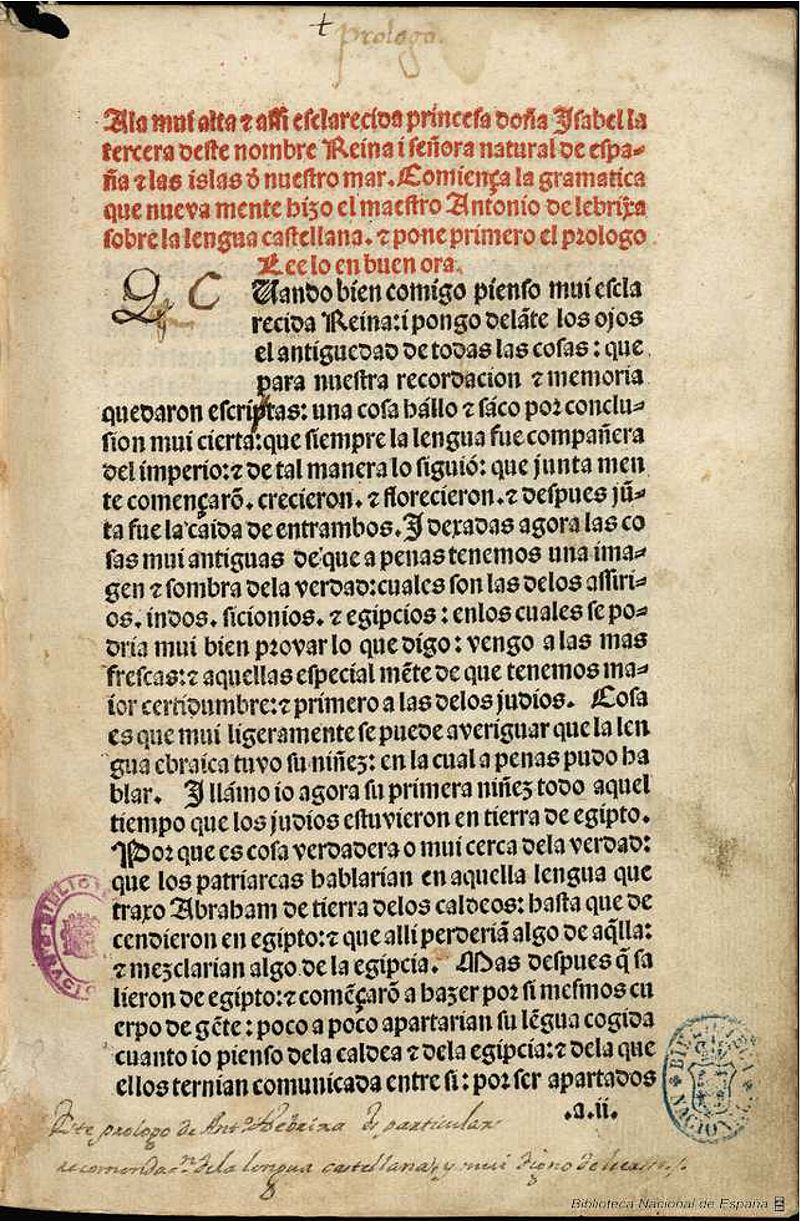 12 women were accused, one died in prison, eleven were tried, and of the ten convicted, all were hanged. What a world!

A fabled city now down on its luck, Timbuktu was a thriving town on the trans-Saharan salt-trade route. Now there are few visitors because of military activity and kidnappings in the area. Many of its buildings were made of mud, as this one, Sankore University, and part of the town is a World Heritage site. 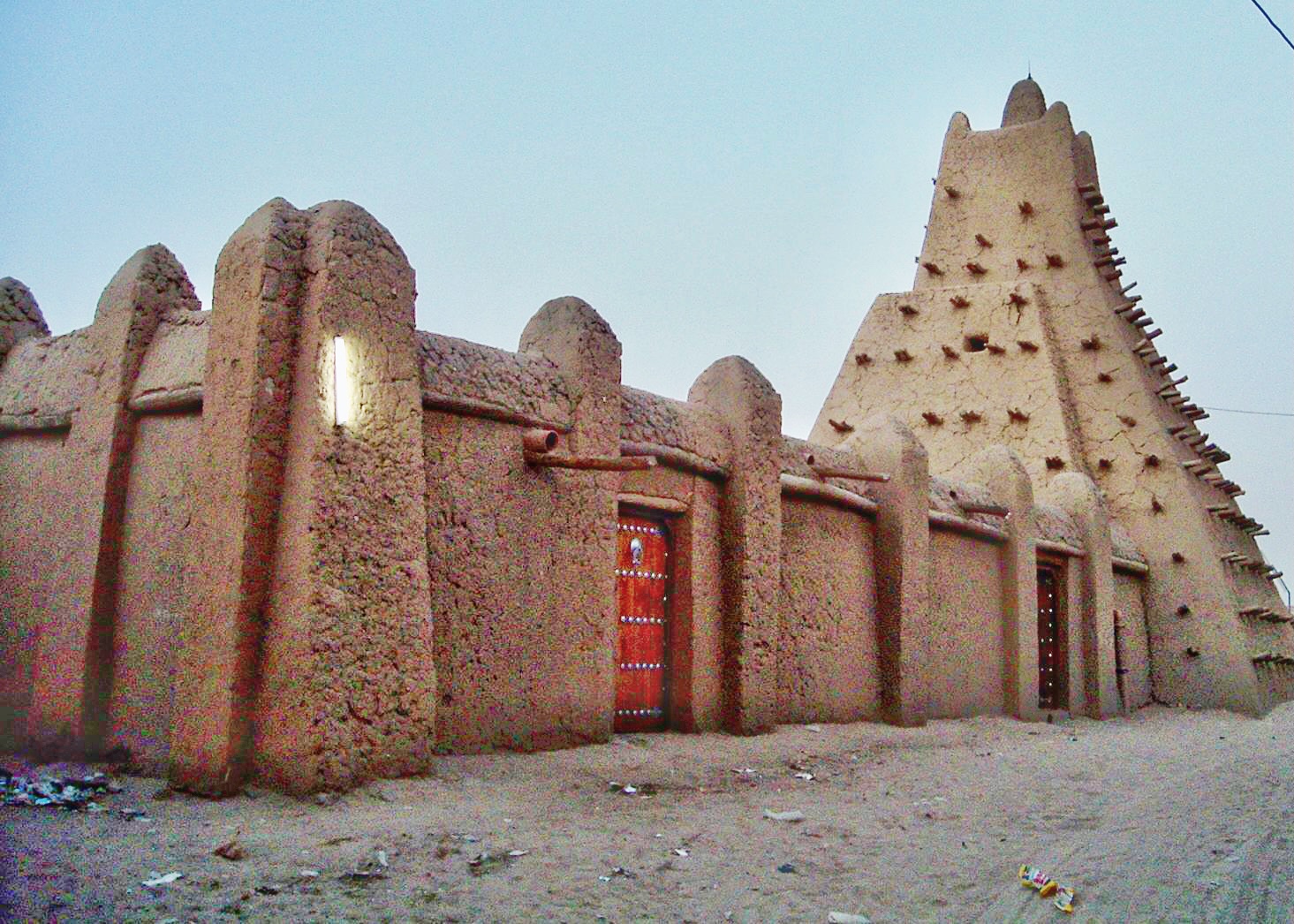 An old postcard of the city, with the university in the background:

Suffragettes, and they won! This shows how the force of moral reason leads to progress: 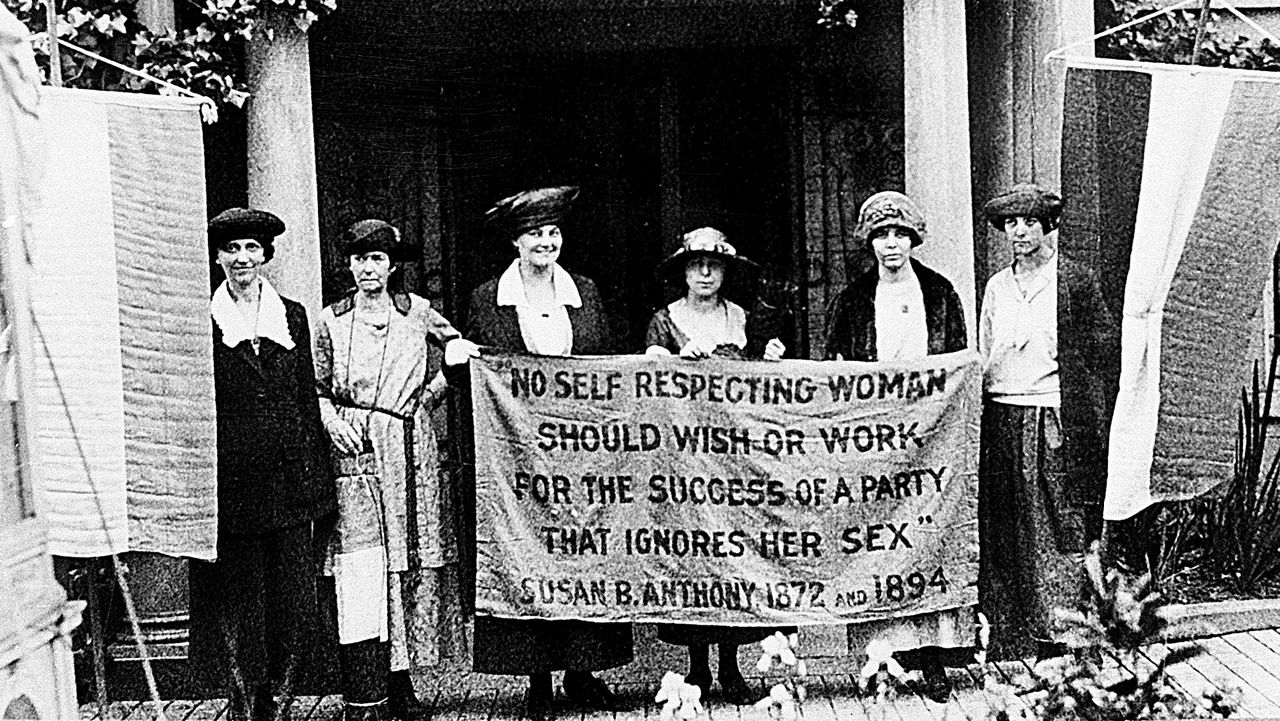 “Never in the history of mankind has so much been owed by so many to so few”.

You should know who said that stirring sentence, first uttered on August 16, 1940.

A first edition of this classic, in two volumes, will run you about $9,000: 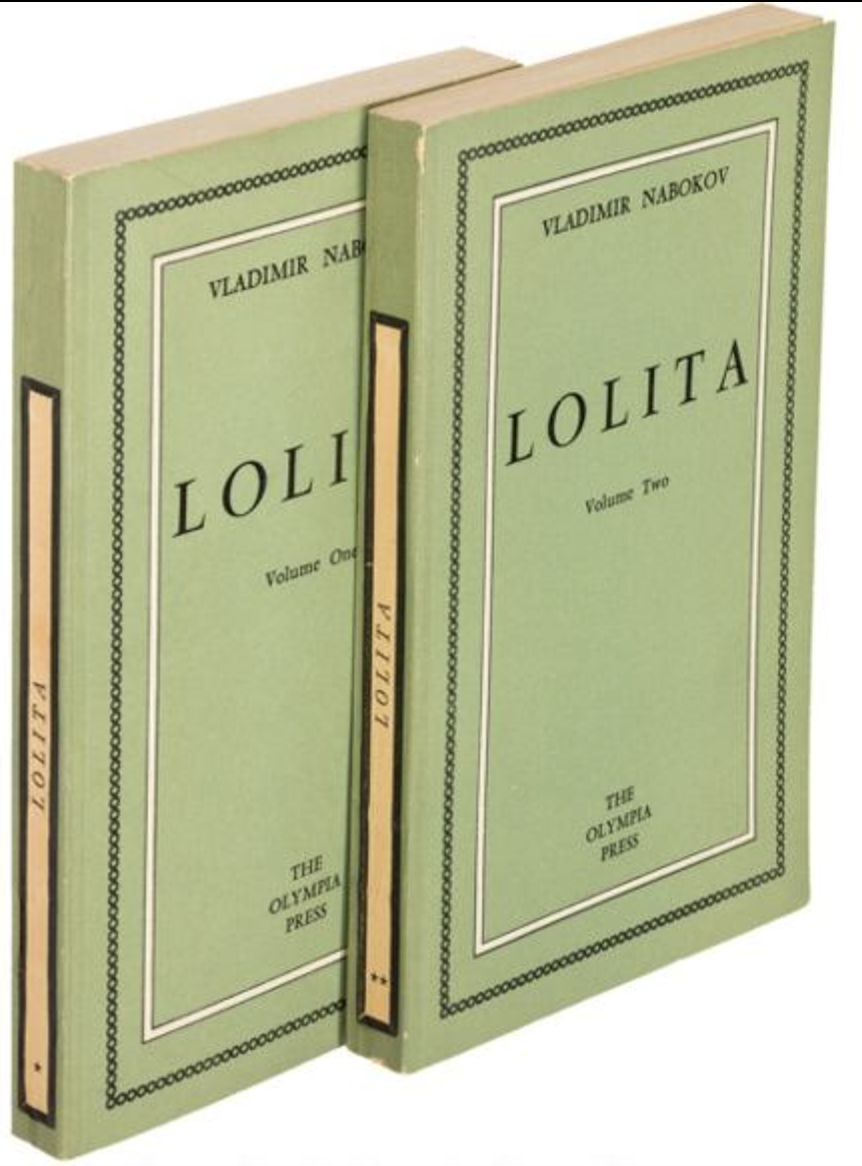 Here he is on graduation day. The racism that he faced, which was endemic at Ole Miss, is unbelievable: 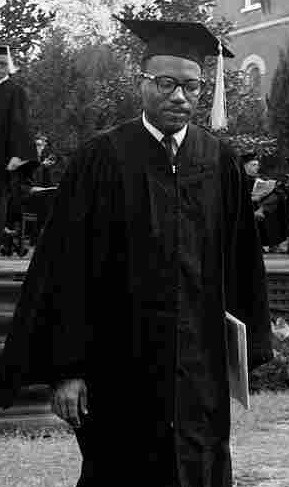 Biko, an anti-apartheid activist was in fact beaten to death by South African security officers and died at 30 from brain injuries: 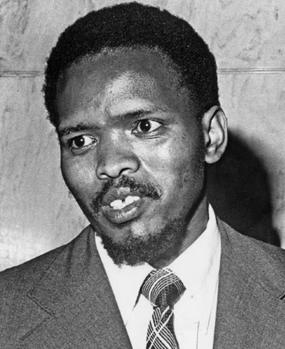 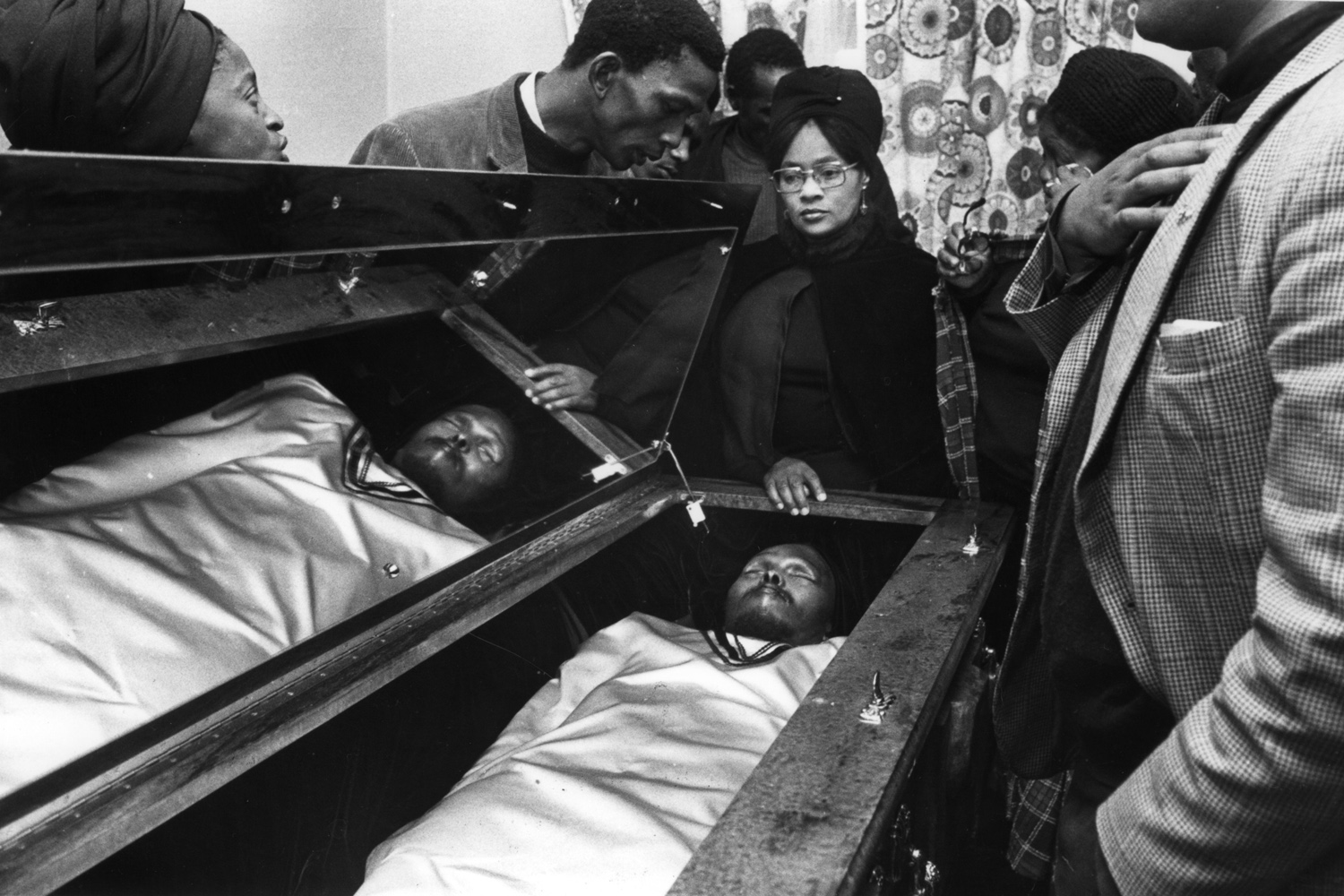 Nothing is known of what became of Dare, or the other colonists of the “lost colony”, for by 1590 the inhabitants had mysteriously disappeared.  Theories range from mass murder by local Native Americans to intermarriage with them, though the latter seems improbable.

Those who went to a Better Place on August 18 include:

Khan founded the Mongol Empire, the largest contiguous land empire in history. It was the second largest if you count empires that were discontinuous, and I bet you can guess which empire was #1 there.

Bose, a respected Indian nationalist and President of the Indian National Congress, somewhat tarnished his reputation later in life by trying to form alliances with both the Nazis and Japanese during WWII to help boot the British from India. He organized the Indian National Army for Indian fighters to battle the British in collaboration with the Japanese. Bose died at 48 in the crash of a Japanese plane that crashed in Taiwan. Many think it was sabotage, but most historians agree it was a regular plane crash. Here’s Bose, a controversial figure to this day: 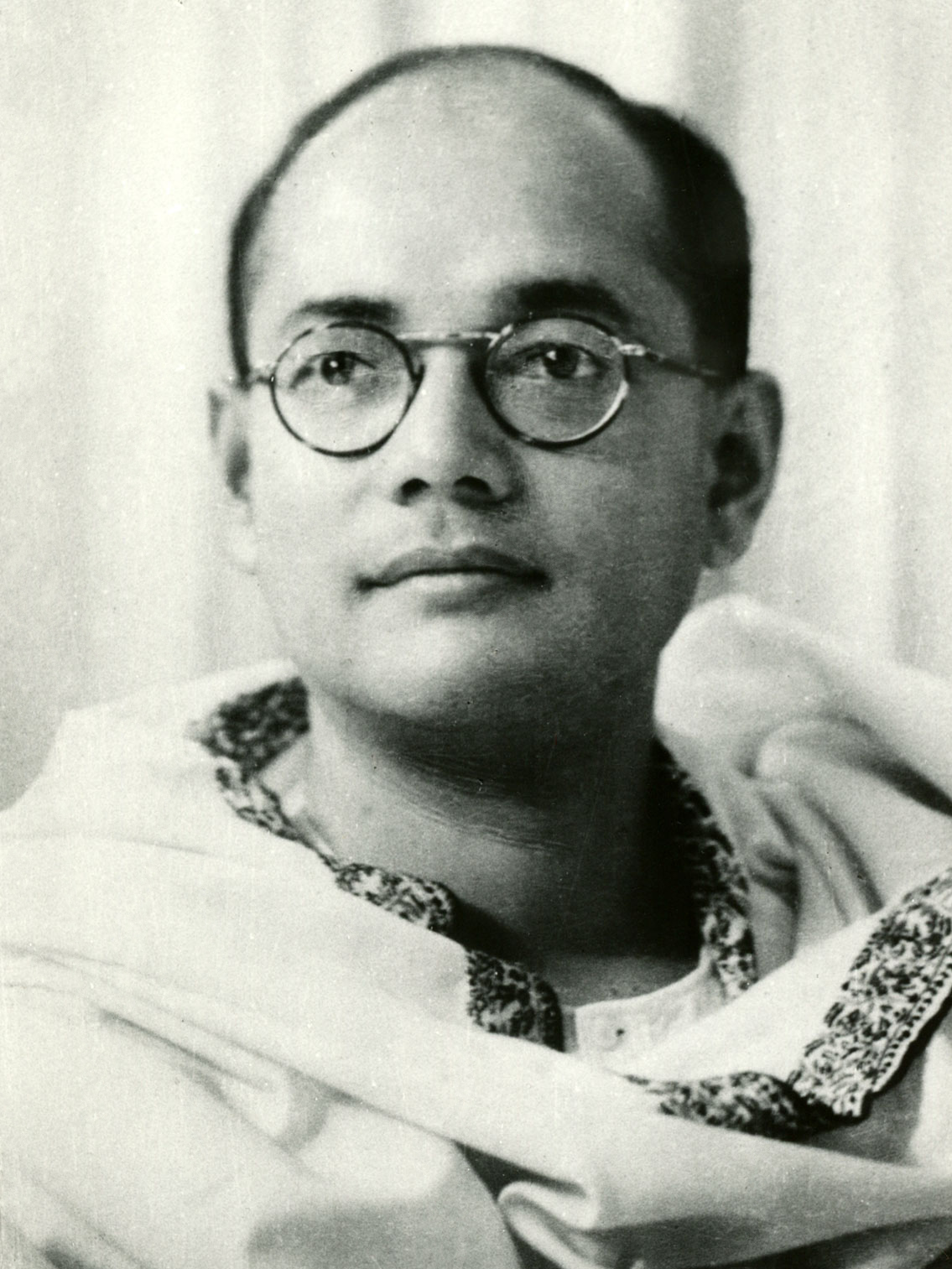 Meanwhile in Dobrzyn: Hili’s concerned about the roses:

Hili: The roses are poor this year.
A: They were destroyed by frost, now they are growing again. 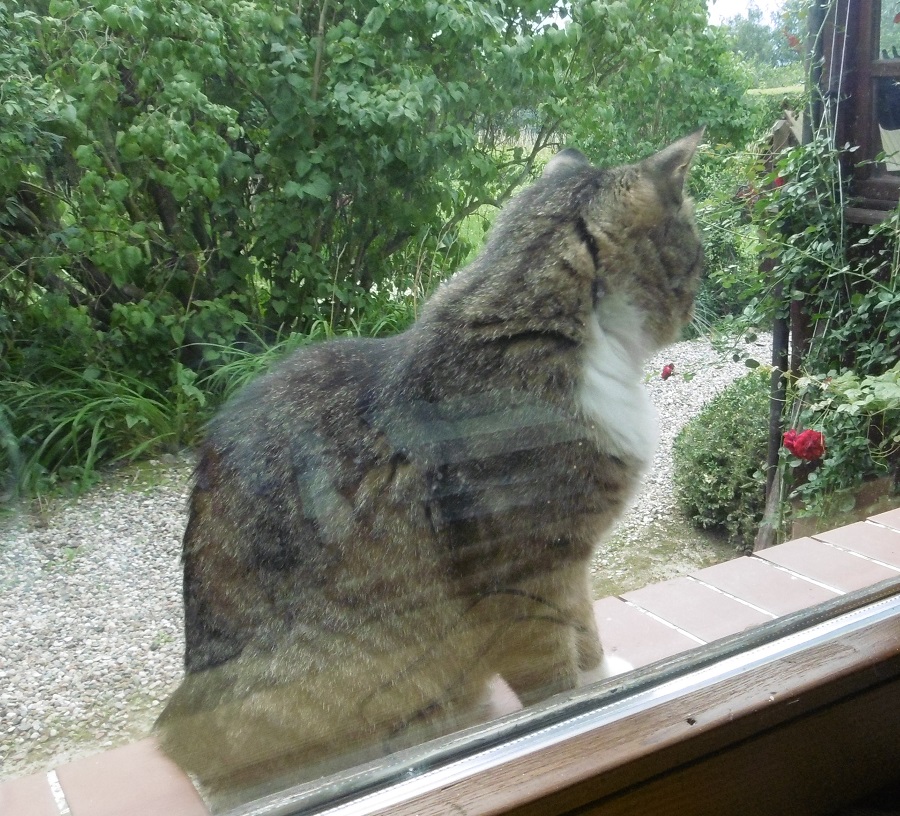 Leon, Mietek, and his staff are vacationing in the southern mountains. It’s time to eat!

Leon: Are we coming down for breakfast?

An albino greater horseshoe bat from The Fabulous Weird Trotters on Facebook. Look at those veins! 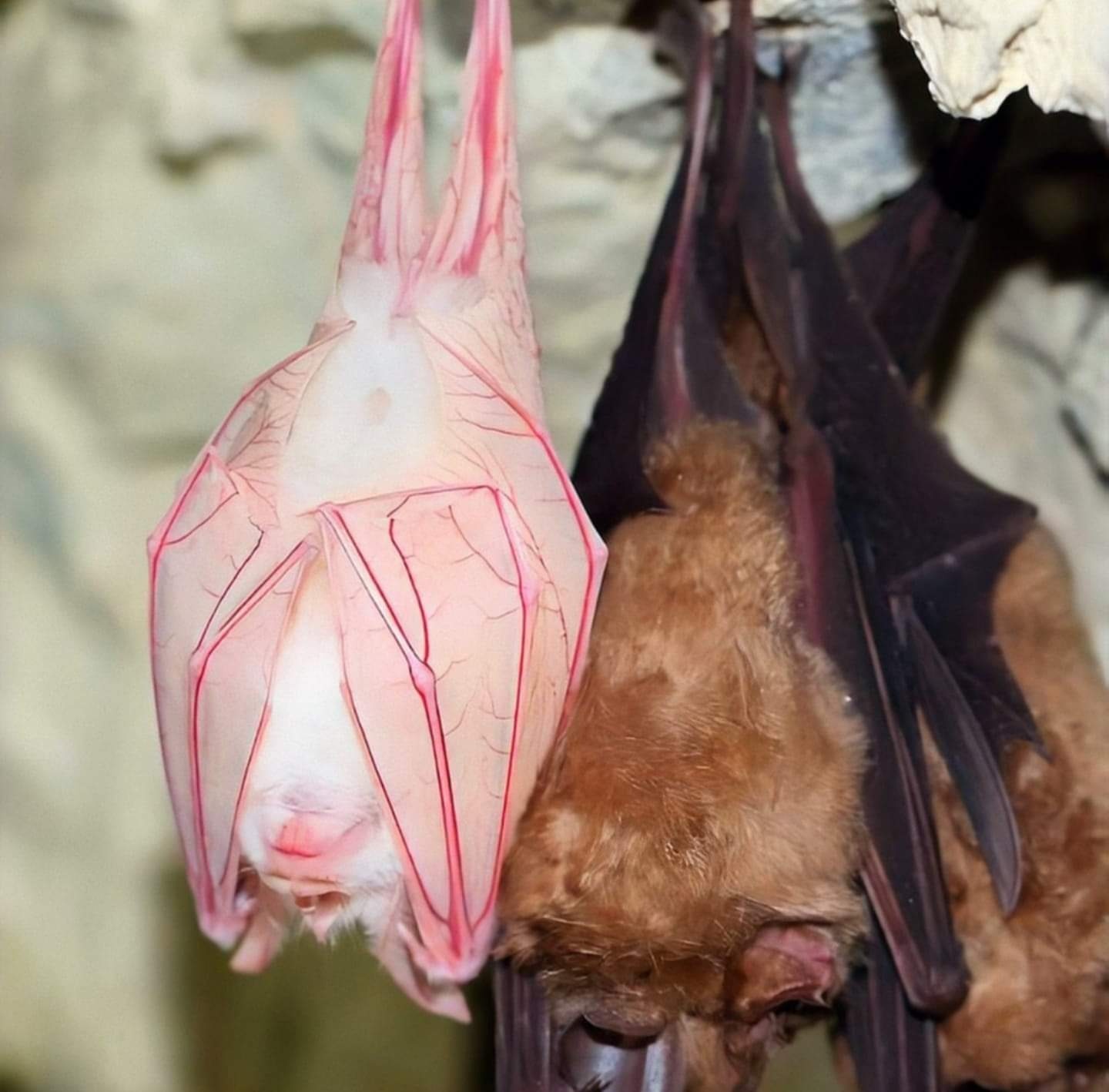 From Bruce, an interpretation of the yin and yang meme: 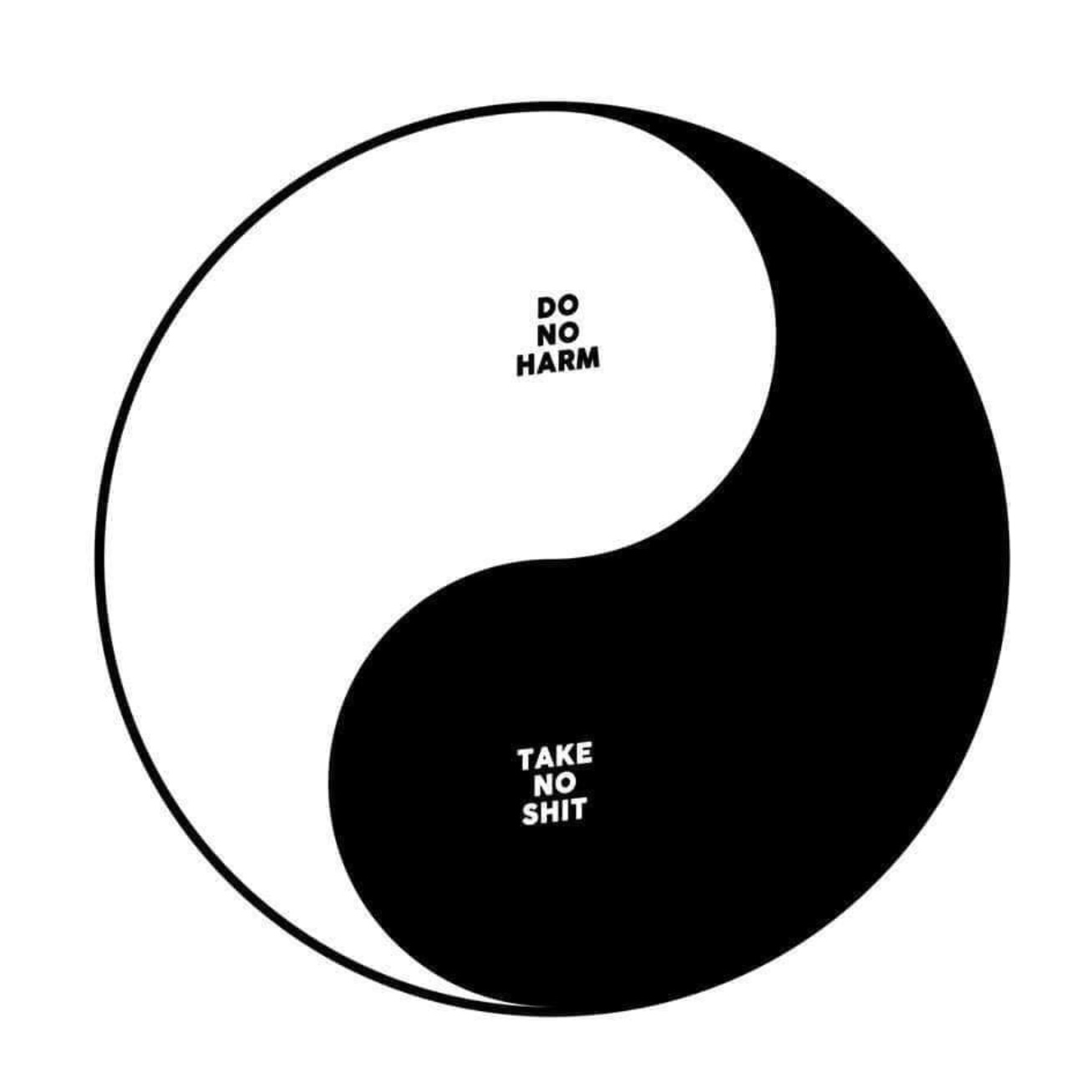 Another duck meme from Jesus of the Day (I’ve shown the picture before). Why can’t God be a duck? 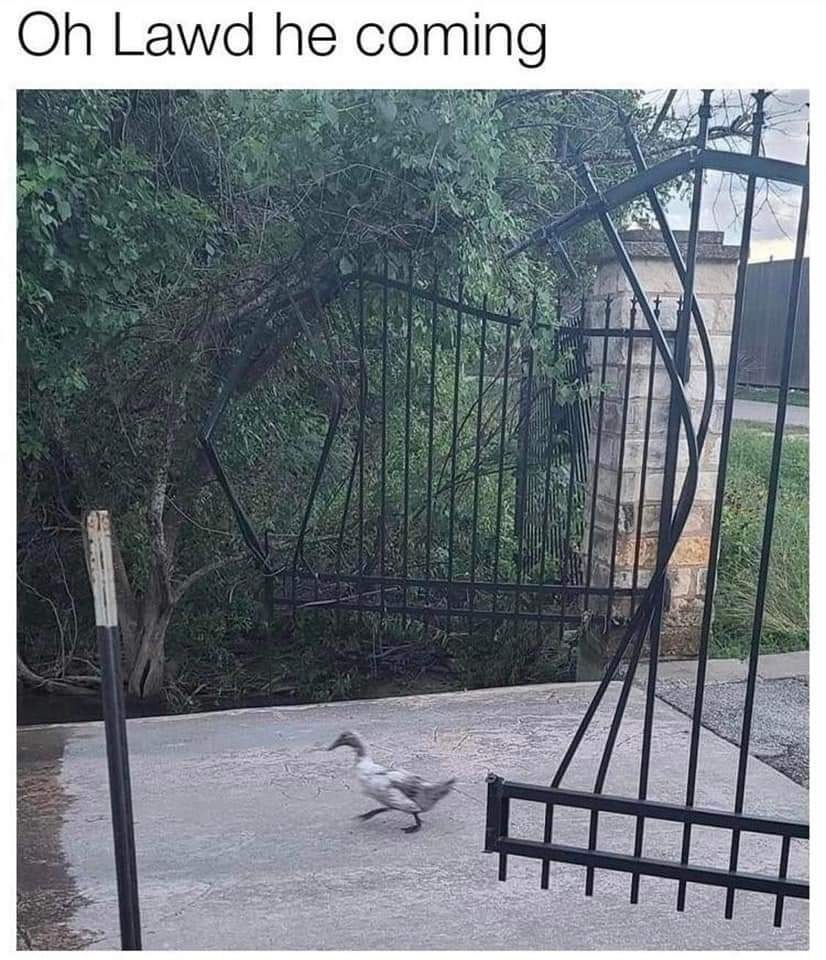 She’s only 23 years old, full of pain and anger. Please listen to her and be their voice. pic.twitter.com/oUiOe7ApG7

Once again Representative Lauren “I got my Glock” Boebert makes an ass of herself. Can she really be elected to a second term?

Makes sense. You tried to overthrow the US government so of course you support the overthrow of the Afghan government. https://t.co/XIUZu5sB6t

she's excited because she matches her new blankie pic.twitter.com/19Sc2X3xH6

From Simon. I’ve seen trains like this in India (and planes like this in Afghanistan), but Rechavi likes to give these pictures an academic spin. Simon’s note: “There is some debate in this one as to whether he is referring to co-authors or supplementary materials.” I think it’s the authors.

A tweet from Barry, reviving the “cultural appropriation” fracas that I thought had died down:

I guess if you aren’t Italian you can’t make Italian food. Same goes if you’re not Mexican, Irish, etc. This is what happens when you’re so far one way on the ideologue spectrum that in your attempts to call out racism, you actually are being racist. What a dumb hill to die on. https://t.co/vv141tIP1t

Tweets from Matthew, the first showing the perigrinations of a right whale.

And the bravest women in the world. A wider video of a picture I showed yesterday.

First reported women’s protest in Kabul following the takeover by the Taliban:

This is exactly how Ayatollah Khomeini answered questions when he first came to power. "Freedom of speech, human rights and women's rights will all be protected…in accordance with Islamic law". That means none of these rights will be protected. https://t.co/XvTzxy0TJc