Today we have the customary three items.

First, reader Malcolm sent me a picture of the poster below and its explanation (the poster is in the Victoria and Albert Museum):

Dating from 1894, one of the earliest food posters in our collection advertises pure, sterilised milk, by Swiss artist Théophile-Alexandre Steinlen. The sterilisation process was first developed in 1889, so pasteurised milk was a revolutionary new product when this poster was commissioned by the Quillot Brothers, owners of a dairy in the Vingeanne region of France, around 200 miles from Paris. Steinlen’s design uses the double ploy of both cute cats and an adorable child, demonstrating the deep-rooted appeal of such motifs in product advertising. The design was soon adopted by Swiss company Nestlé for their own early dairy marketing.

If you look at the Steinlen page on Wikipedia, you’ll see he often featured cats in posters, including the famous “Chat Noir” poster that everyone thinks was painted by Toulouse-Lautrec. 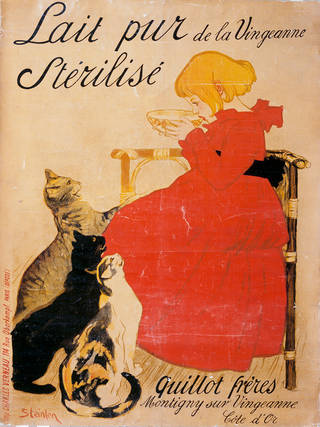 The Chat Noir poster, also by Steinlein, advertising a cabaret in Paris: 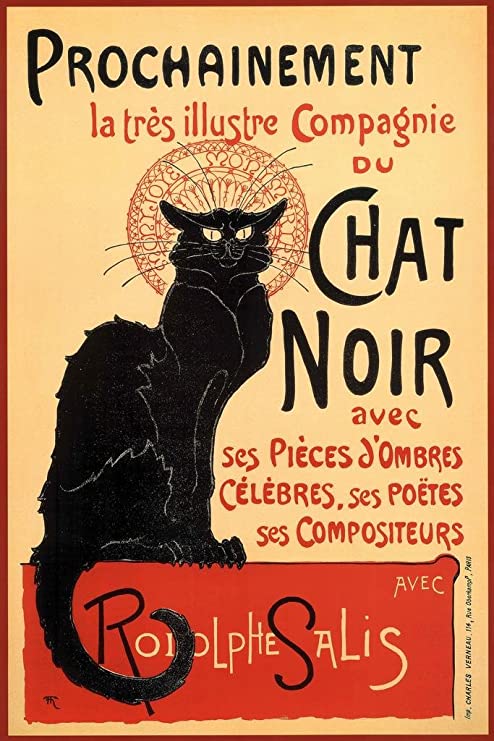 This article from Phys Org (click on screenshot) tells us what cat owners already know: you have to let the cat decide whether or not to be petted. If you screw up, especially approaching an exposed belly at the wrong time, you risk getting slashed. As they say, cats have six ends, five of them pointed. 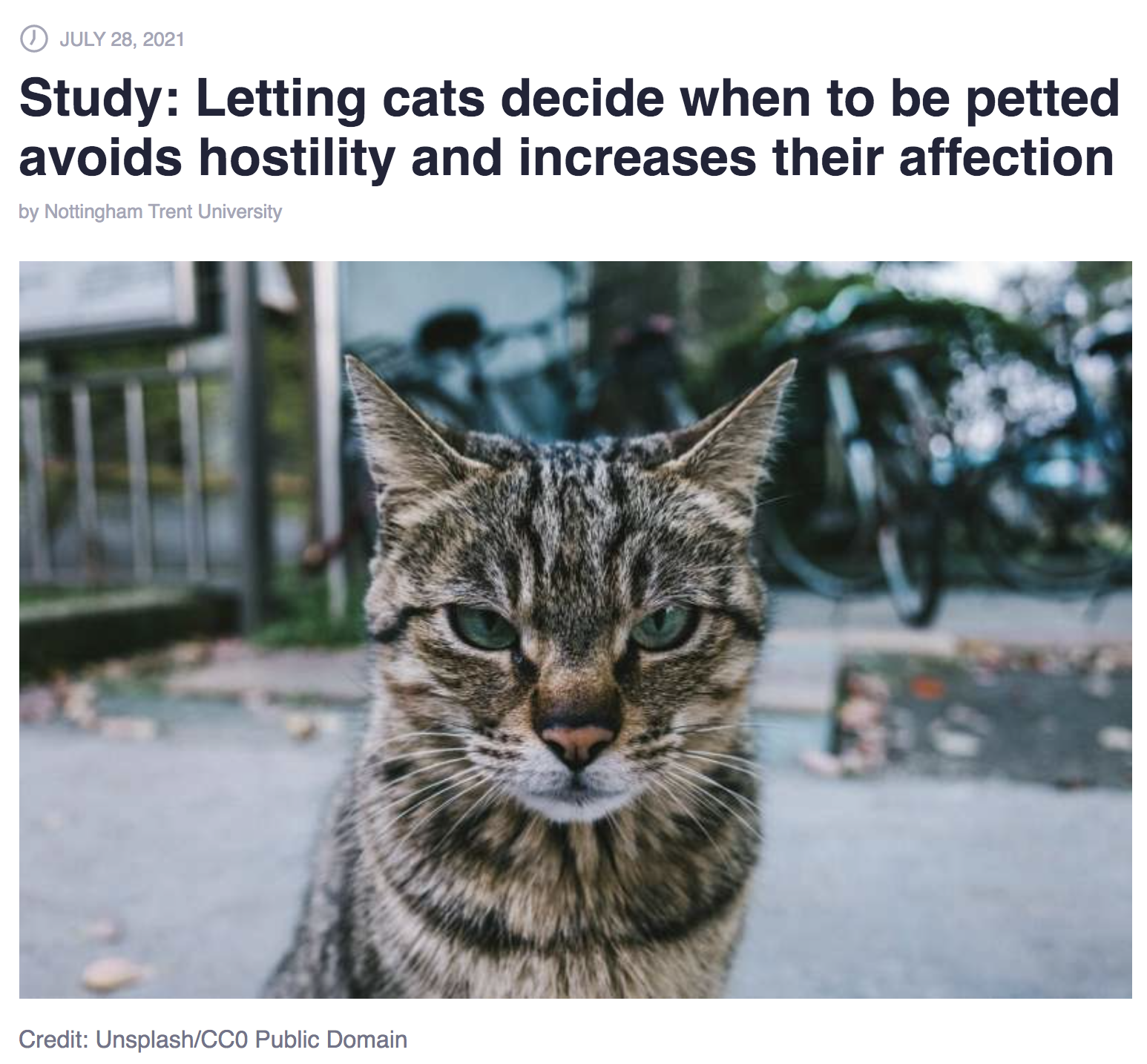 Nottingham Trent University’s Dr. Lauren Finka, the lead researcher on the study, worked in collaboration with leading animal welfare charity Battersea to develop the guidance for owners and cattery staff to address the fact that many people struggle to recognize when cats might not enjoy being petted.

The guidance and advice follows a simple “CAT’ acronym that encourages people to provide the cat with choice and control (C), pay attention (A) to the cat’s behavior and body language and think about where they are touching (T) the cat.

Well, you knew that already, right? But wait! There’s more!

According to Dr. Finka, providing the cat with choice and control is key to ensure they feel happy and comfortable during interactions. This includes gently offering a hand to the cat and letting it decide if it wants to interact or not, usually indicated by it rubbing against the person’s hand. Owners should allow the cat to move away if it chooses, and not be tempted to pick it up or follow it, as this takes away the cat’s sense of control.

People should also pay close attention to their cat’s behavioral reactions—if they turn their head or move away during the interaction, their ears rotate or become flattened, they shake their head or lick their nose, the fur along their back appears to ‘ripple’ or their tail ‘swishes’ rapidly then take these as signs the cat may need a little break from petting. Similarly, if the cat goes a little still, stops purring or rubbing against you, suddenly starts grooming itself or sharply turns its head to face you, then it is unlikely to welcome further stroking.

And in terms of where cats like to be stroked, most friendly cats will prefer the base of their ears, around their cheeks and under their chin. Avoiding the tummy and the base of their tails and being careful when stroking along their backs is generally advisable, although each cat will have individual preferences, so the key is to pay close attention to how each cat responds when these areas are touched.

SCIENTIFIC observation showed that cats petted according to the CAT guidelines showed fewer signs of aggression or discomfort.

Although the cat video game Stray, which I believe I mentioned a couple of years back, won’t be released until next year, it already has a substantial Wikipedia site.  A summary of the game from that site is here:

Stray is an upcoming adventure game developed by BlueTwelve Studio and published by Annapurna Interactive. Formerly known as HK_Project, the game is scheduled for release in early 2022 for Microsoft Windows, PlayStation 4, and PlayStation 5. It follows the story of a stray cat who falls into a world populated by robots and ventures to return to his family.

. . . The game is a third-person adventure game. It has open world elements, with a focus on atmosphere, exploration, and art. The player controls a stray cat who falls into a world populated by robots and ventures to return to his family. They must solve puzzles to progress the narrative, including moving obstacles and traversing platforms. The player is accompanied by a drone companion named B12, who can assist by translating the language of the robots and storing items found throughout the world. One of the game’s enemies are Zurks, who will attack the player in vicious swarms.

Here’s a 4½ minute video introduction.  The only person I know who would get and play this game is Grania, but, sadly, I’ll never get her take on it.  If you’re a gamer and a cat lover, you’ll want it, right?

In this BBC Earth segment, cubs at the Australia Zoo meet an adult of their species for the first time.  Some day I have to carry one of those babies!

6 thoughts on “Caturday felid trifecta: Cats and sterilized milk; when to pet a cat; “Stray”, a new cat video game; and lagniappe”