Top o’ the week to you: it’s Monday, August 9, 2021: National Rice Pudding Day, a dessert beloved by my landsmen. Once in Paris there was the world’s best rice pudding, and I say “was” because the presentation, the quality and the quantity, as purveyed at the Parisian restaurant L’Ami Jean, was unbeatable. You were given a huge crock of the world’s best rice pudding, along with little bowls of praline, candied fruit, and other garnishes. You could keep helping yourself until you were gorged. It was a very rich concoction with cream (below). Sadly, the last time I went to the restaurant, the dish was greatly debased: you got an individual portion, with a few garnishes sprinkled on top. No second or third helpings. PIKERS! 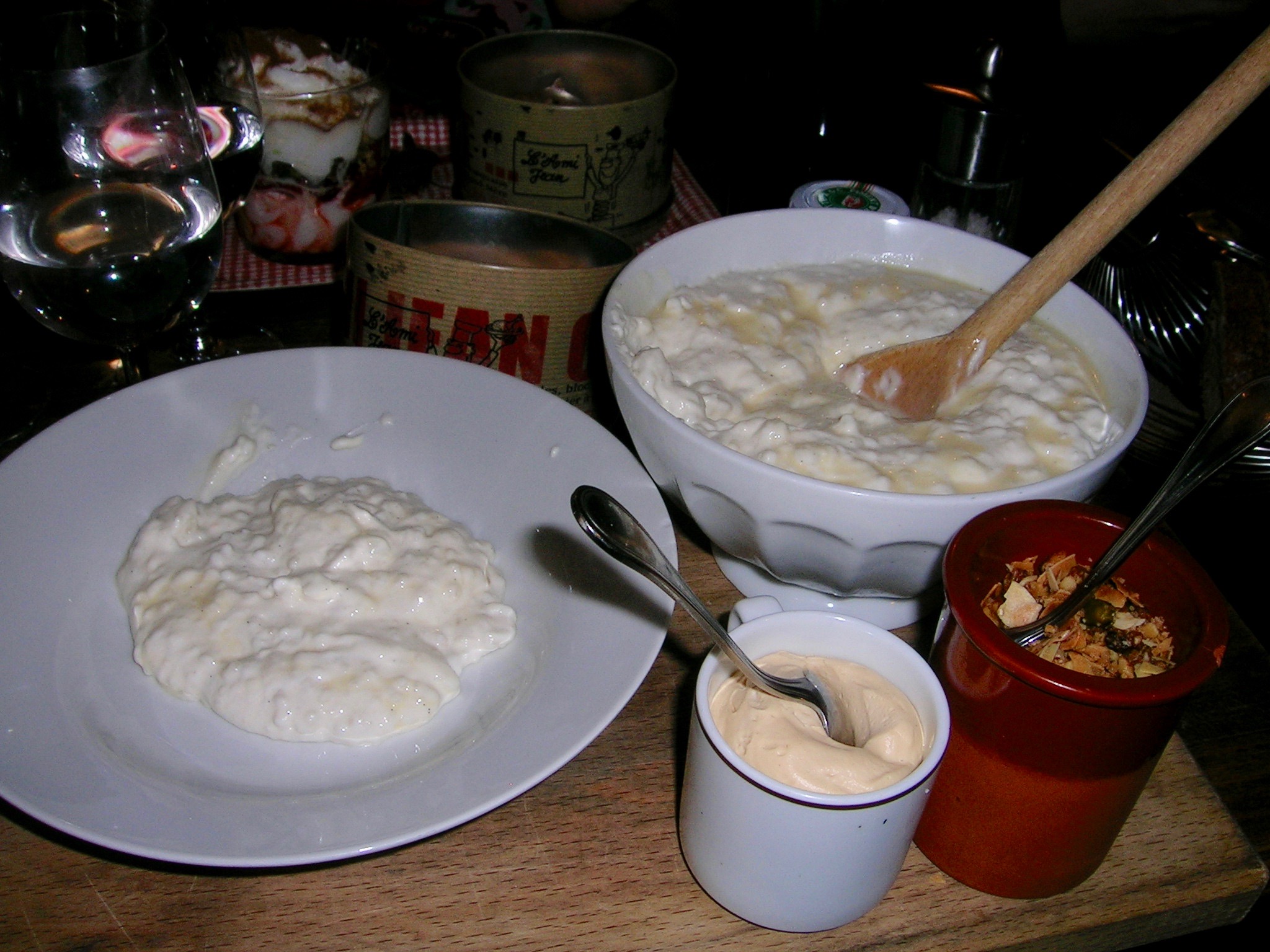 Both the US and Great Britain have advised their citizens to get out of Afghanistan—ASAP. That tell you all you need to know about what’s happening there. I weep for the Afghans, especially the women, who will find their opportunities narrowing to virtually nothing.

The map is below is from a New York Times article documenting the rate at which Americans are receiving Covid vaccinations. Lots of data in the piece, but here’s a soupçon: at least 194.3 million Americans have received one or both doses of the vaccine—out of 281 million Americans over the age of 12 (i.e., those qualified to get jabbed) and out of 322 million total. 50.1% of all Americans have been vaccinated twice and 58.5% have had at least one dose. Of all states, Vermont leads with 67.9% of the populace fully vaccinated, while the State of Shame, Alabama, has a mere 28.8% fully vaccinated. 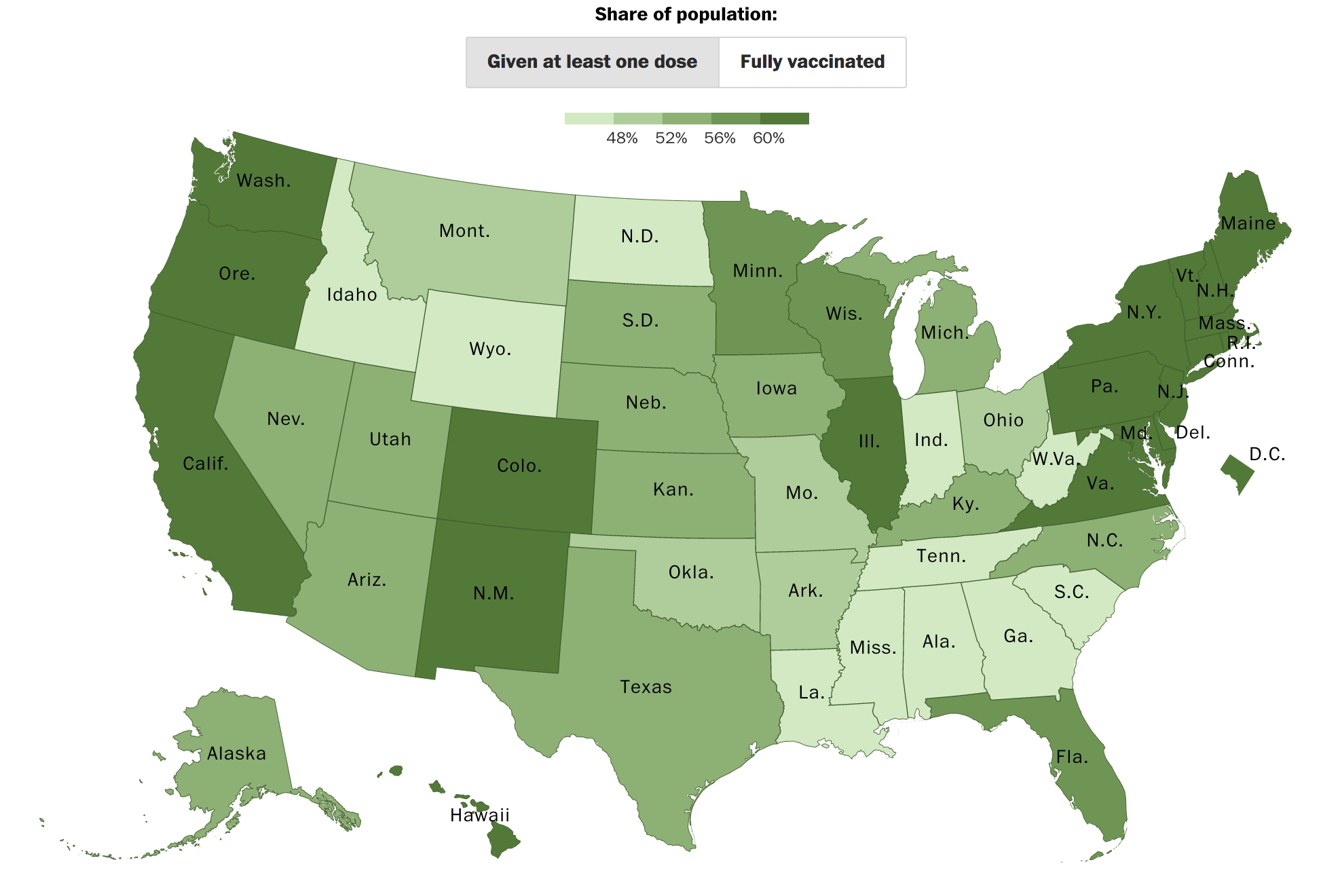 The customary weekend violence in Chicago continues. Since just 7 pm on Saturday (and I’m writing this at 4 pm Sunday), 66 people in our town have been shot, of whom 10 died—including a police officer (see below).  And it was a young woman police officer with a newborn baby. (h/t: Randy). Another officer is in the hospital in critical condition. The weekend isn’t nearly over yet, but we’ve already exceeded the 51 shot last weekend.

Below: the dead officer (h/t Luana). Do you still want to say “ACAB”?

This is CPD Officer Ella French. #NeverForget
Say her name. She leaves behind a newborn baby.
She sacrificed her life to protect the citizens of Chicago. Her partner is in critical condition. 🙏🏻for him. #BackTheBlue 🇺🇸 pic.twitter.com/pXvAxuZIiV

Like many places in the U.S., Chicago’s having a serious wave of deadly crime this year. Yet our mayor, who’s getting more evasive all the time, pretends that things are rosy. As the local NBC News says:

When Chicago Mayor Lori Lightfoot said during a press conference last month that the city was seeing a downward trend in violent crime, she was technically right.

Aggravated batteries, robberies and sexual assaults had declined. But Lightfoot’s critics, including many conservatives, were quick to point out that her claims brushed past numbers that were not as rosy — such as jumps in shootings and homicides.

Any solution to this problem has to involve reducing the number of guns on the street. And I doubt that it would involve “defunding the police.”

According to the Associated Press, Facebook is starting to add a new “prayer tool” to its site, which enables commenters to weigh in with an “I prayed for you” emoticon. Or so it seems from the report. I guess it’s harmless, and may give solace to those who want prayers, but I don’t think God is paying attention. An excerpt (h/t Greg):

The social media giant has rolled out a new prayer request feature, a tool embraced by some religious leaders as a cutting-edge way to engage the faithful online. Others are eyeing it warily as they weigh its usefulness against the privacy and security concerns they have with Facebook.

In Facebook Groups employing the feature, members can use it to rally prayer power for upcoming job interviews, illnesses and other personal challenges big and small. After they create a post, other users can tap an “I prayed” button, respond with a “like” or other reaction, leave a comment or send a direct message.

Facebook began testing it in the U.S. in December as part of an ongoing effort to support faith communities, according to a statement attributed to a company spokesperson.

Nearly all the pastors interviewed thought it was a great idea, but what do atheists get? 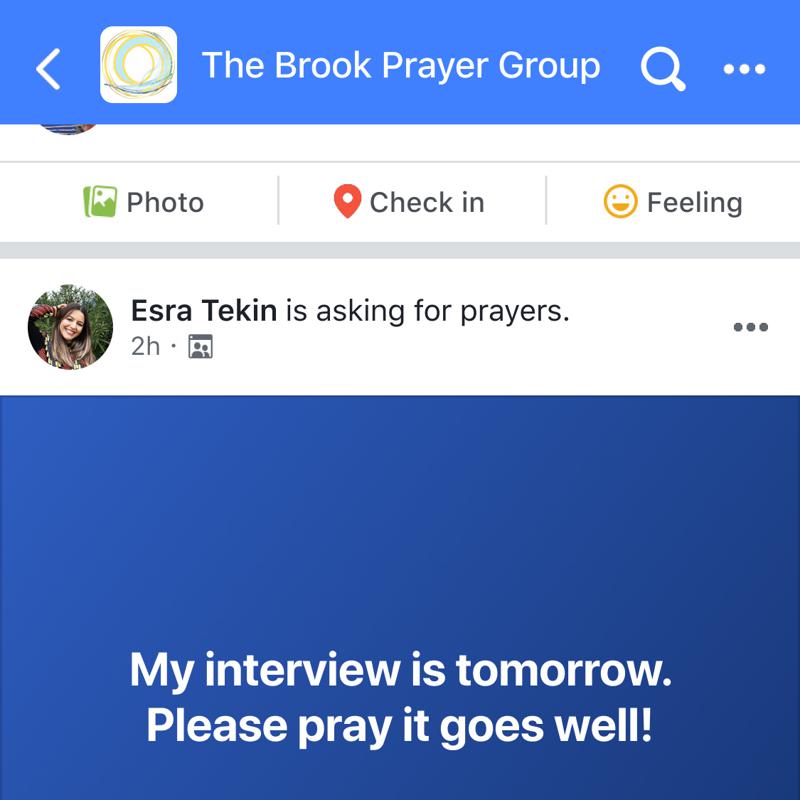 Finally, something on the Olympics that’s not full of pro-American jingoism and comparative medal counts bragging about the USA’s bag of gold. It’s a NYT piece called: “Seven Olympic moments worth revisiting“, and only two of the seven moments feature Americans. You’ll also meet the oldest Olympic medalist in this year’s games: 62 year old Andrew Hoy of Australia, who nabbed both a silver and a bronze medal in equestrian competition. Here he is: 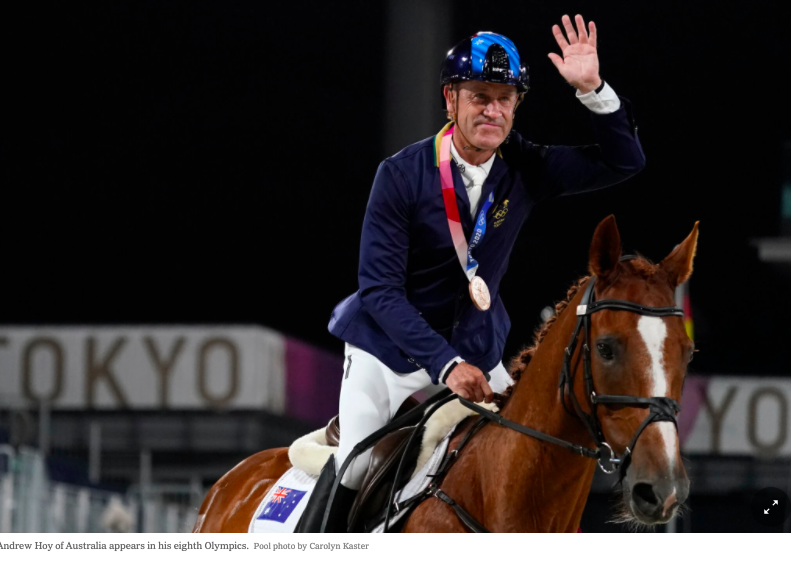 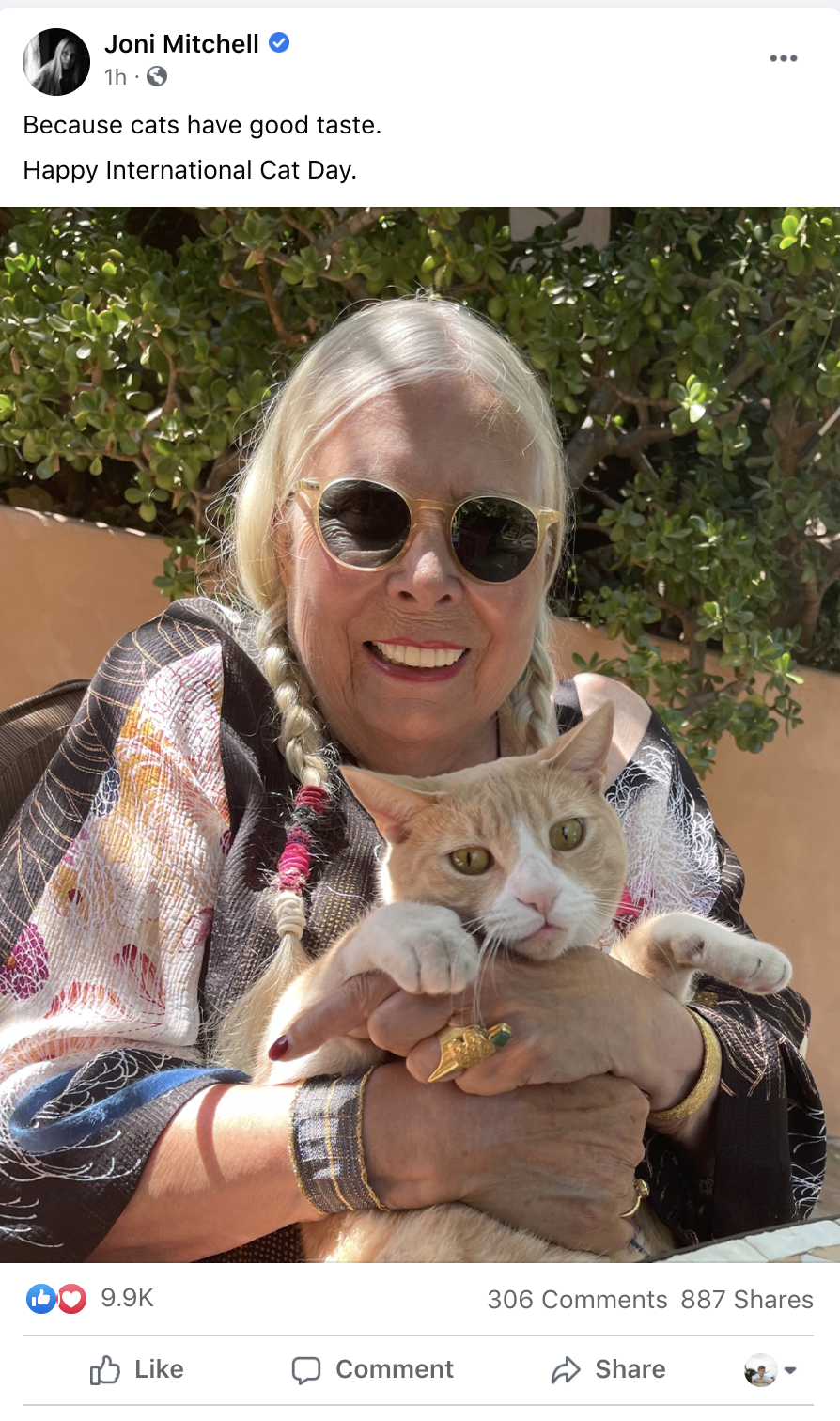 Here’s the tower. Now guess what the angle of lean from the vertical is. Answer at the very bottom of this post: 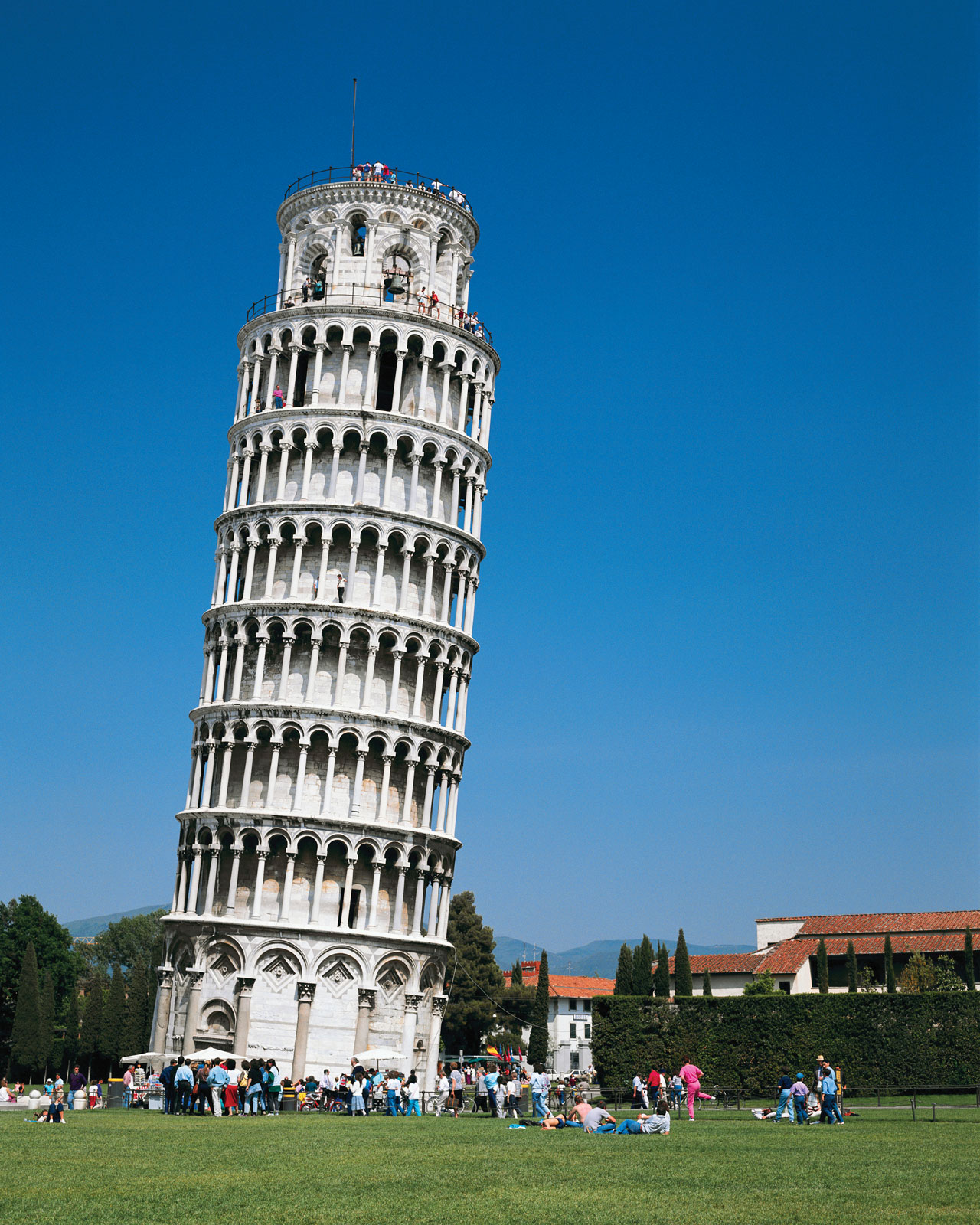 This is Edison, and I believe it’s a two-way telegraph, which can receive and send messages at the same time (correct me if I’m wrong). 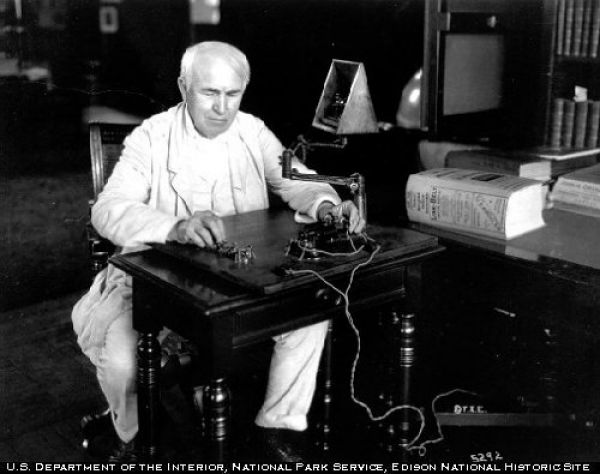 And a drawing from the patent application: 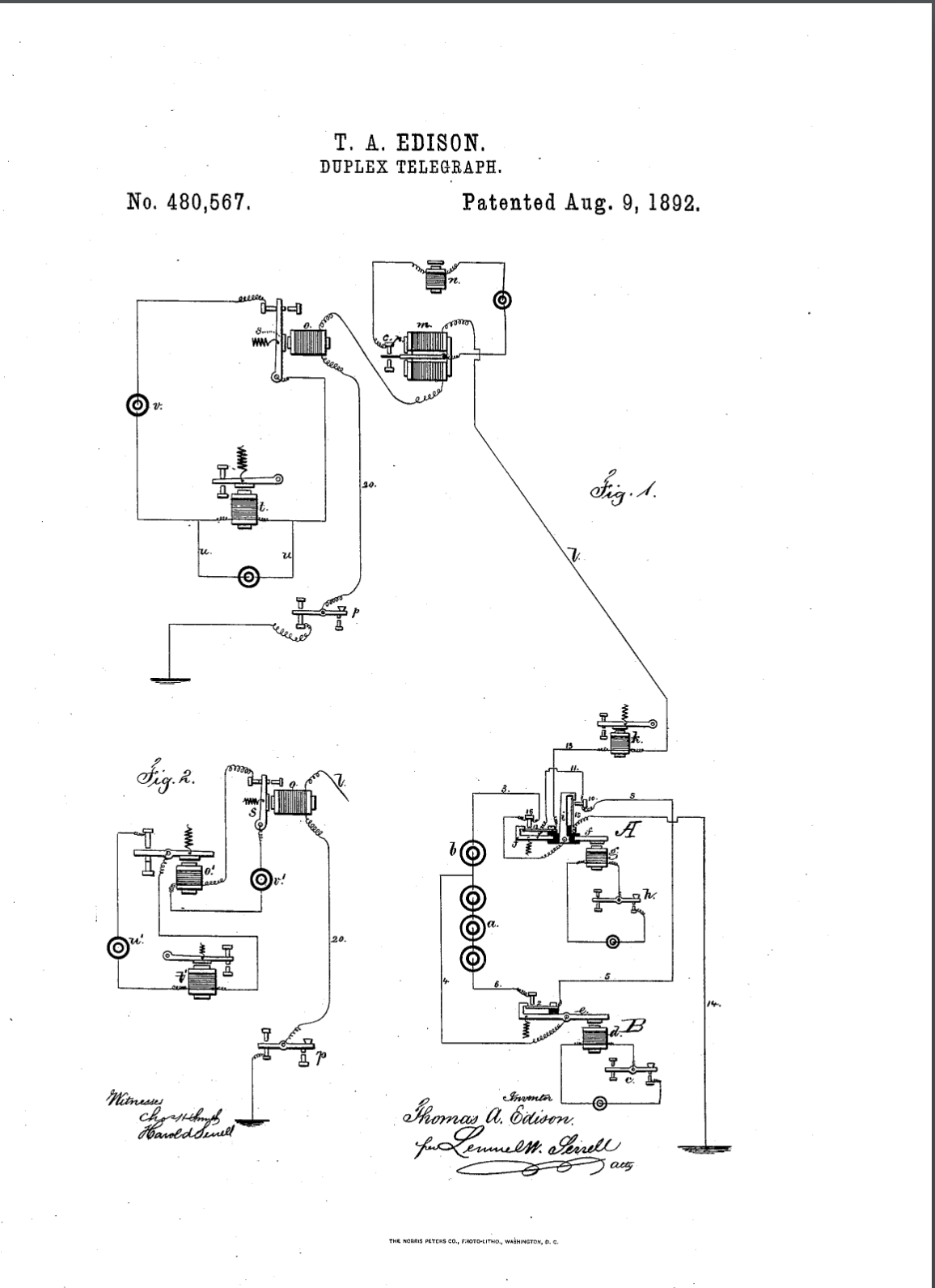 This, and the Hiroshima bomb, raise all kinds of moral dilemmas: is it the best expedient to save overall lives by dropping bombs rather than invading. And what about killing civilians rather than the military? You be the judge.

Here’s a short BBC of the dropping of the “Fat Man” bomb on Nagasaki and its effects on the Japanese willingness to surrender: 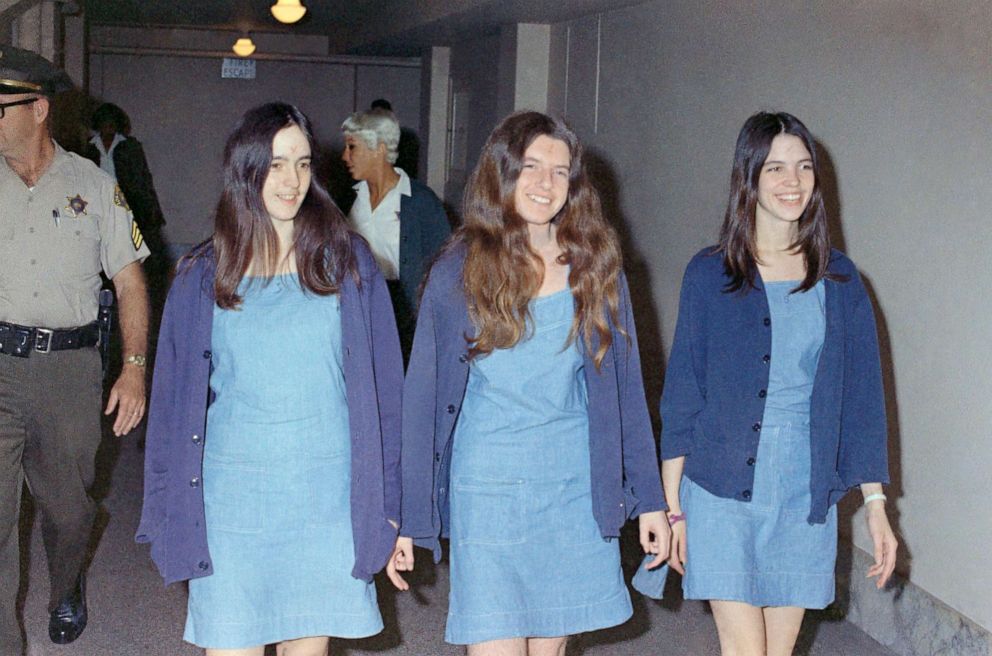 Here’s Nixon leaving the White House for the last time:

Those who clocked off on August 9 include:

Here’s a section from Bosch’s fantastic painting “The Garden of Earthly Delights” (1490-1510). Wikipedia notes, “Hell panel from The Garden of Earthly Delights. It is alleged that Bosch’s self-portrait is in the upper centre at right under the ‘table'”. I’ve circled the putative portrait of Bosch.  I’ve seen this painting in the Prado; it was of course on my bucket list.

Here’s a Soutine that was up for auction two years ago: 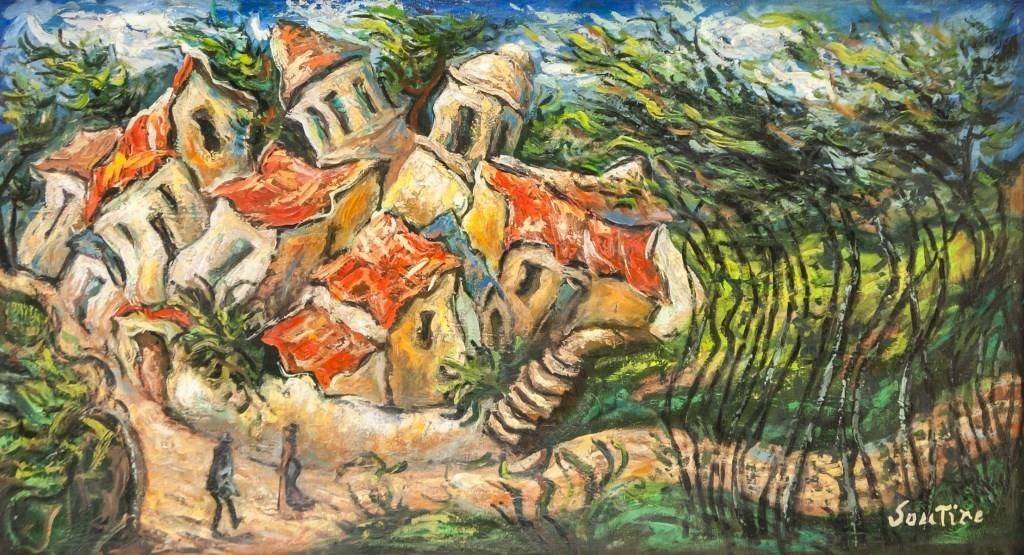 Here’s Hesse, who looks pretty much like you’d imagine: desiccated. I read several of his books and didn’t like any of them: 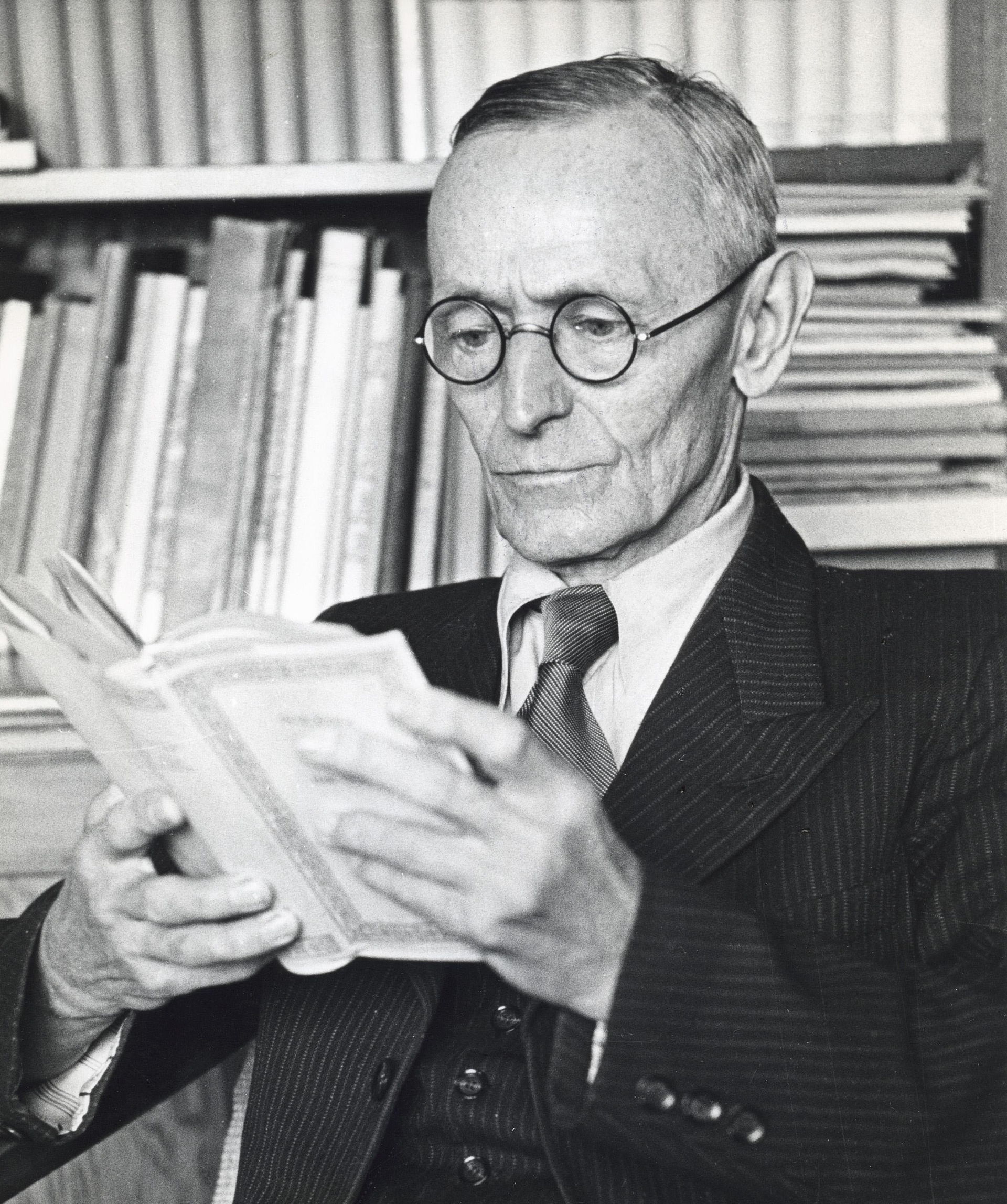 Meanwhile in Dobrzyn, Hili has a feeling. . .

Hili: I’m reacting to incentives.
A: What incentives?
Hili: Something tells me that I have to check what’s behind the lilies. 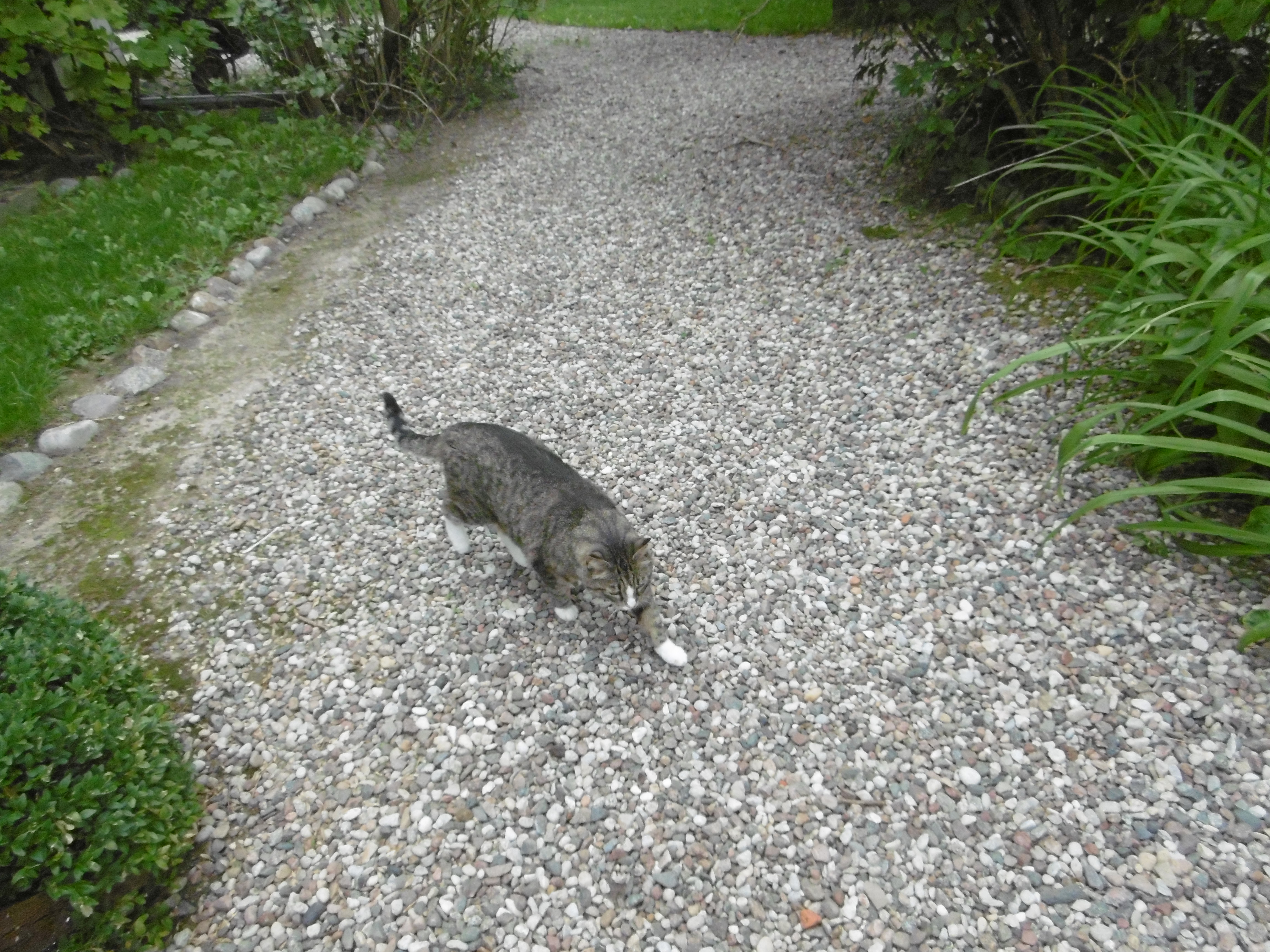 And a picture of Little Kulka taken by Andrzej: 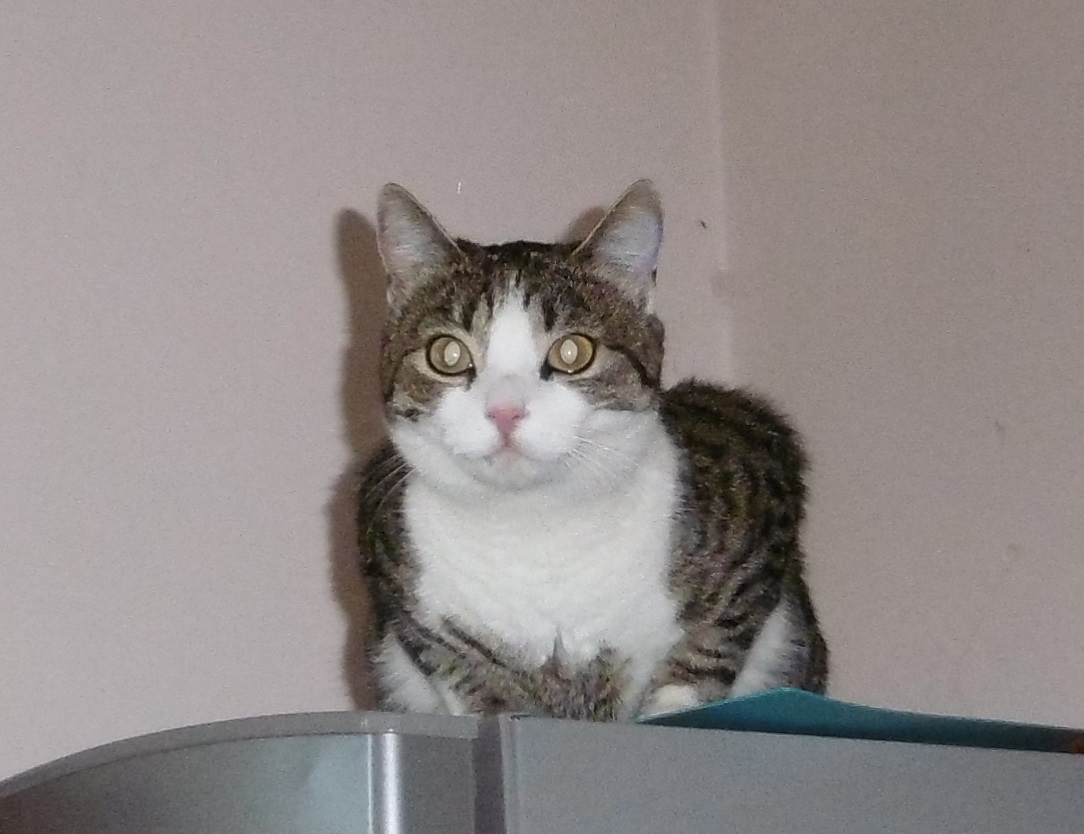 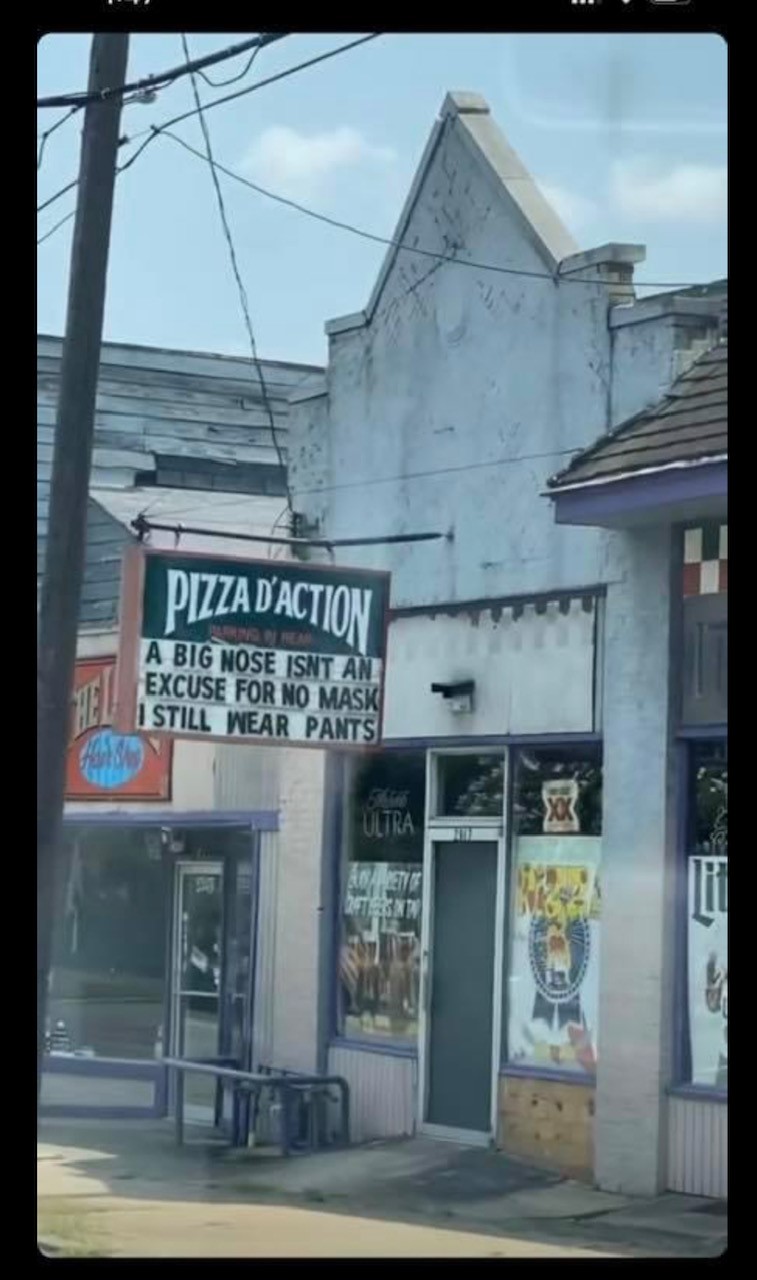 From Divy. Yes, my cats always seemed to vomit on rugs when there was plenty of bare floor. Why do they do it? 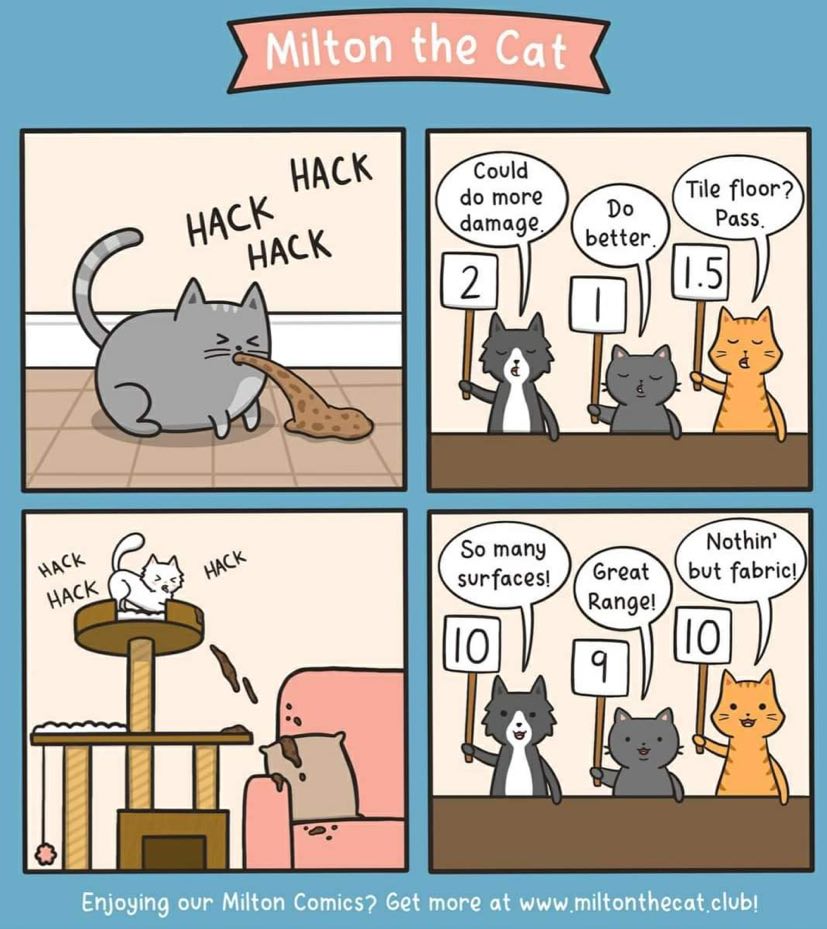 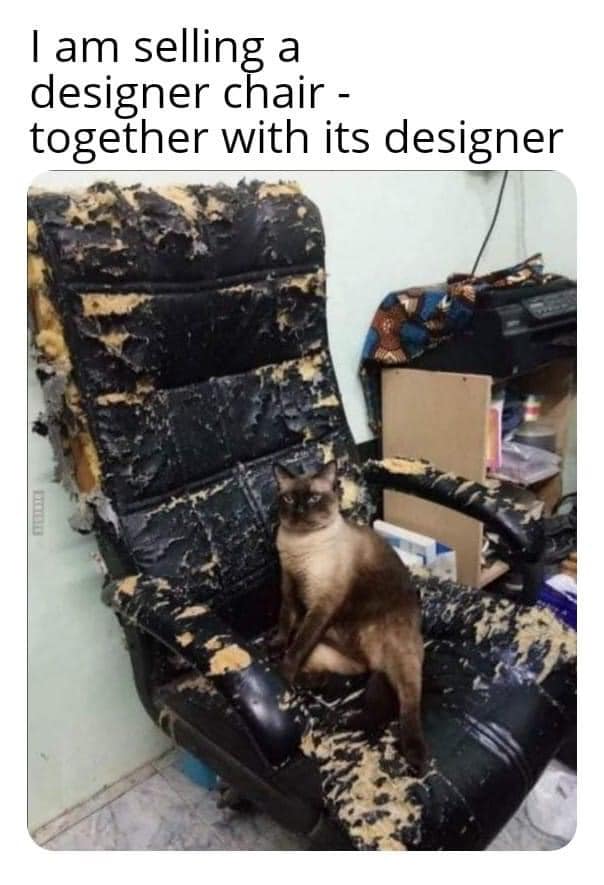 No, light cannot escape from a black hole, but a new finding shows that it appears to because the hole bends space time, bending light (X-rays) that then appears to come from behind the hole when it really doesn’t. This is related to Eddington’s solar-eclipse test of Einstein’s theory of general relativity.

I’ve seen this rock, which was just moved at the cost of $50,000 because it was deemed racist. But read the tweets: the racism (the rock was called “n-word head rock”) occurred nearly 100 years ago, and appeared just once, in a local  newspaper. For that sin, people anted up $50,000 to move the geologically informative boulder. Will moving it mitigate harm?

"The boulder was referred to as a derogatory name for Black people in a Wisconsin State Journal story in 1925. The derogatory term was commonly used in the 1920s to describe any large dark rock. University historians have not found any other time that the term was used."

Tweets from Matthew. I wouldn’t have thought that crabs liked cherries. But at least this one does. It’s mesmerizing, too.

These are all innocuous insects that are Batesian mimics of dangerous ones—a resemblance favored by natural selection to deter predators. The colors in the second tweet give the taxonomic groups: moths, flies, and beetles. The simlar wasp- and bee-like colors and patterns are an example of “convergent evolution”.

Matthew found the idea of steamed cheeseburgers disgusting, but that’s because he hasn’t had this Connecticut speciality.  Watch the second video!

There was a Man vs Food episode where he goes to a place in Connecticut that does steamed cheeseburgers.https://t.co/FTwECKOElk

Answer about the Leaning Tower of Pisa: The angle of lean from the vertical is only 3.97 degrees. I bet you overestimated!