The new Jesus and Mo strip, called “glee”, came with this note:

Hats off to the Norwegian women’s handball team.

The article, from BBC Sport, reports that, in the European beach handball competition, the Norwegian women refused to wear the required bikini bottoms in a match against Spain, opting for shorts instead (see photo below, with Norwegians in red and Spanish in black). The Norwegian team was fined €1500 for disobeying the rules. 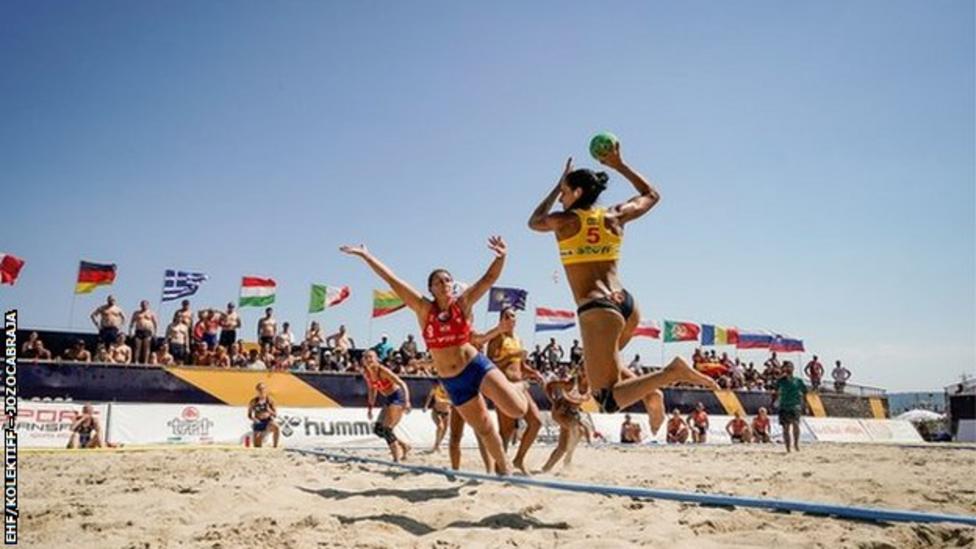 Men, of course, can wear shorts; here’s the difference in the traditional outfits for men vs. women. Is there any reason to mandate this difference save to allow male viewers to ogle female bodies? 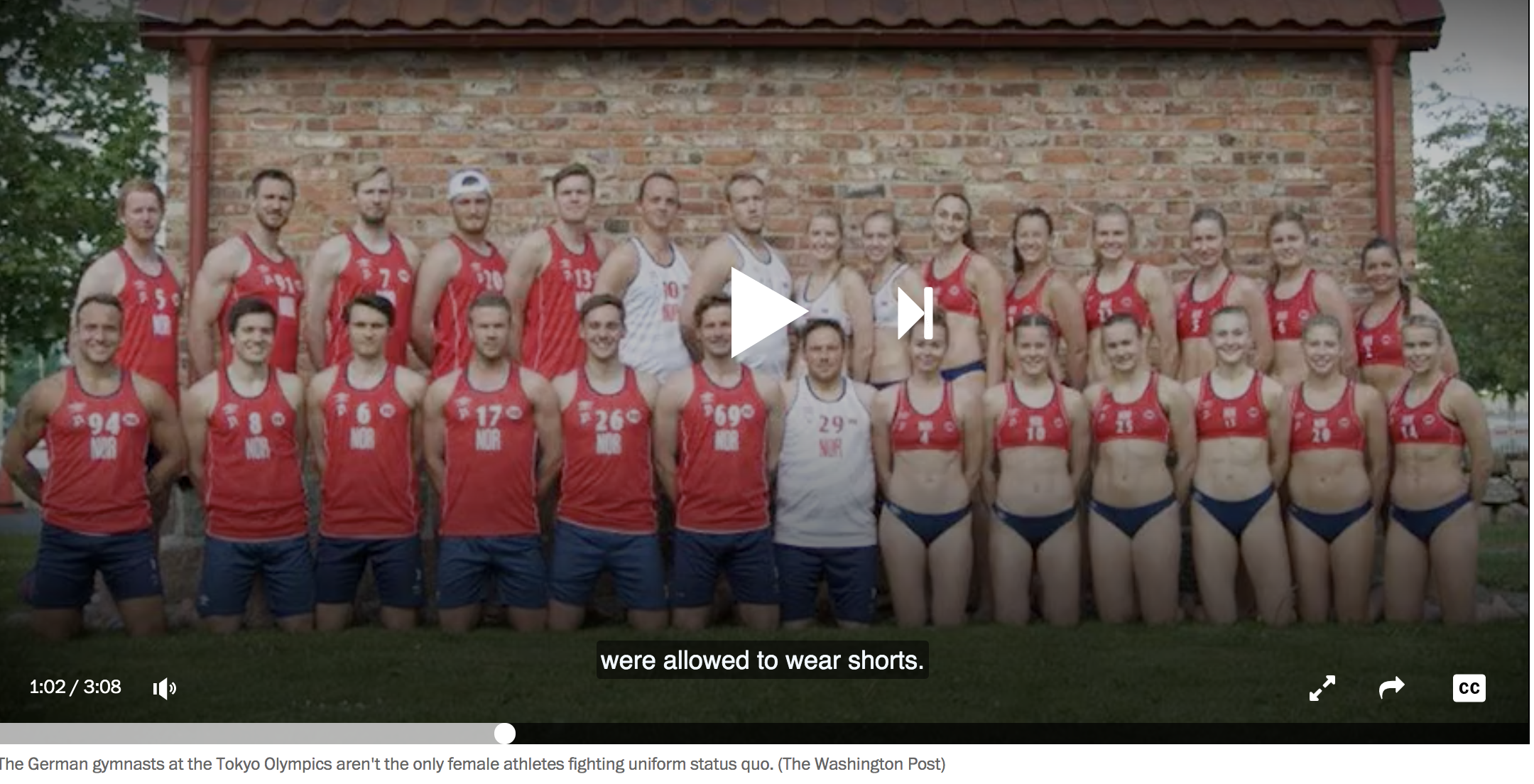 Likewise, Germany’s female gymnasts wore unitards instead of the traditional leotards. Here’s a photo showing the traditional vs. unitard outfits in the German gymnastics Olympic trials:

Male gymnasts, of course, can dress more modestly, like this:

Now a few readers have said that, for them, a plus of watching women’s beach competitions or gymnastics is the chance to see skin. But ask the women: I bet they generally don’t like it, and some certainly don’t like it, preferring to have their talents rather than pulchritude on display. And there’s no excuse for mandating skimpy outfits for women. Uniforms should be regulated, of course, but designed not to expose bodies, but for comfort and to facilitate performance.

But I digress. Here’s Mo doubly upset by the “shameless display of female flesh” in the Olympics. And, of course, he’s hypocritical in his cognitive dissonance. 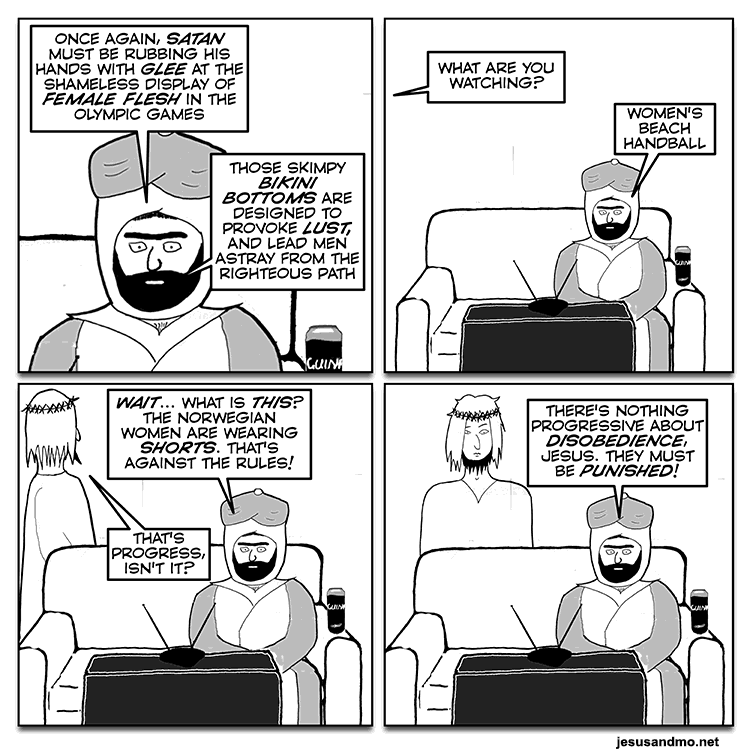